The girls celebrate in front of the Quellspitze. Photo: Mia Maria Knoll

Junior World Titles were awarded in the Austrian Tirol, yesterday, with young freeriders from 14 countries across the globe tearing up the Quellspitze venue in style, with the daughter of a freeski legend taking second place in the girl’s event.

The 11th edition of the Freeride Junior World Championships went down yesterday, for the 6th time in Kappl. The next generation of freeriders went to Kappl to tackle the Quellspitze. This Championship has pedigree, with former alums like Max Palm, Maxime Chabloz and Ross Tester. This new generation followed stylishly in their tracks. 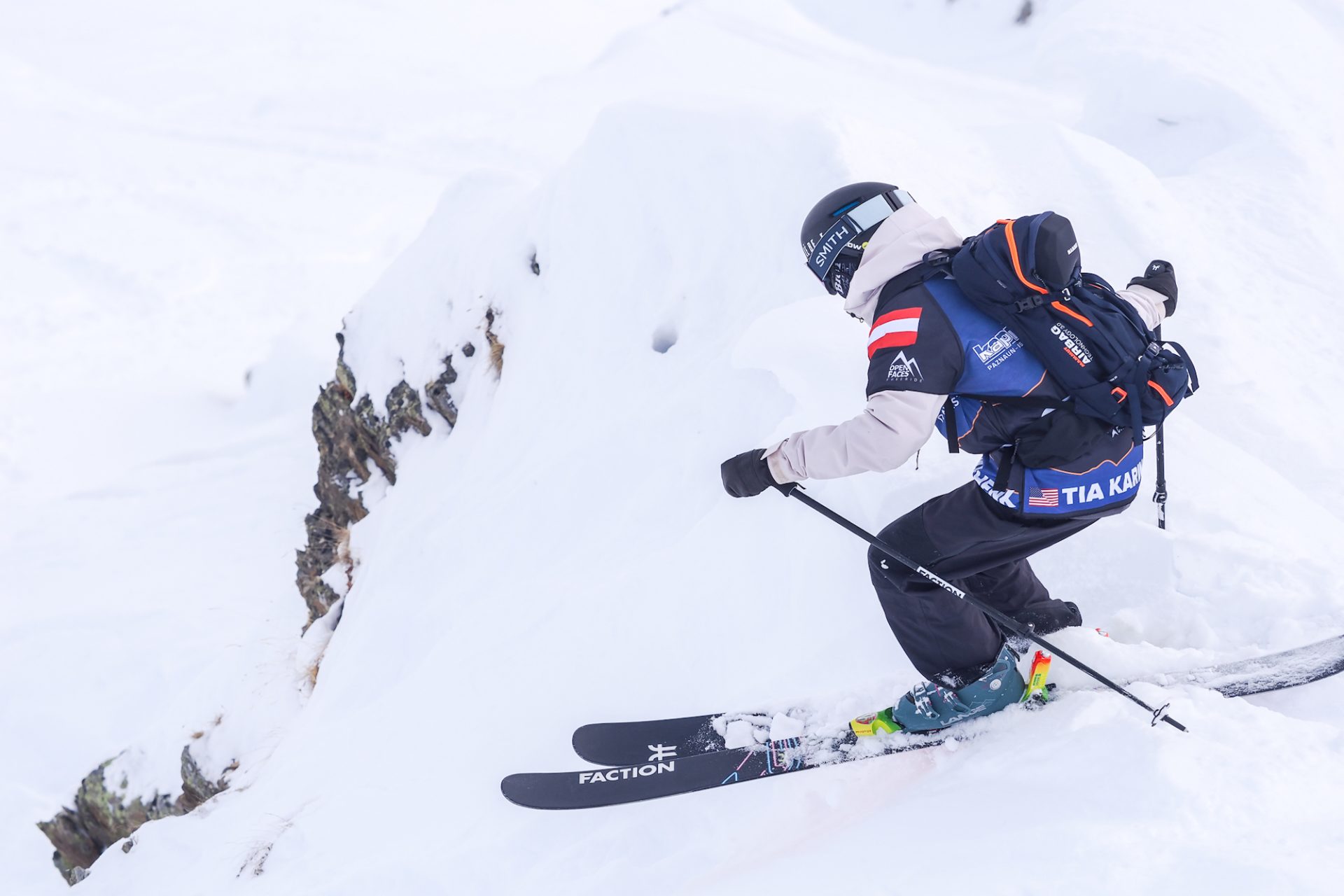 It was a French one, two in the girls’ event, delightfully-named 16-year-old Zoé Delzoppo topped the rankings. She was fluid and controlled throughout, getting airborne three times on the way down. Mila De La Rue, Xavier’s daughter, came in second with American Tia Schenk rounding off the podium.

Next up were the guys, with a  massive start list of 31 riders! They went huge, and despite the fact that juniors aren’t allowed to go inverted, there were plenty of impressive airs.

18-year-old Canadian, Marcus Goguen stormed out of the gates with a couple of huge, steezy clean airs, completing the top section in no time. But it was his entry into the ‘halfpipe’ section of the face that will be remembered for some time, throwing a ginormous corked three and putting it to bolts. He wasn’t finished there, hucking himself off two more big cliffs with ease, to take the well-deserved first place. Timo Rolshoven of Germany managed to sneak second place ahead of Wyatt Gentry of the USA. 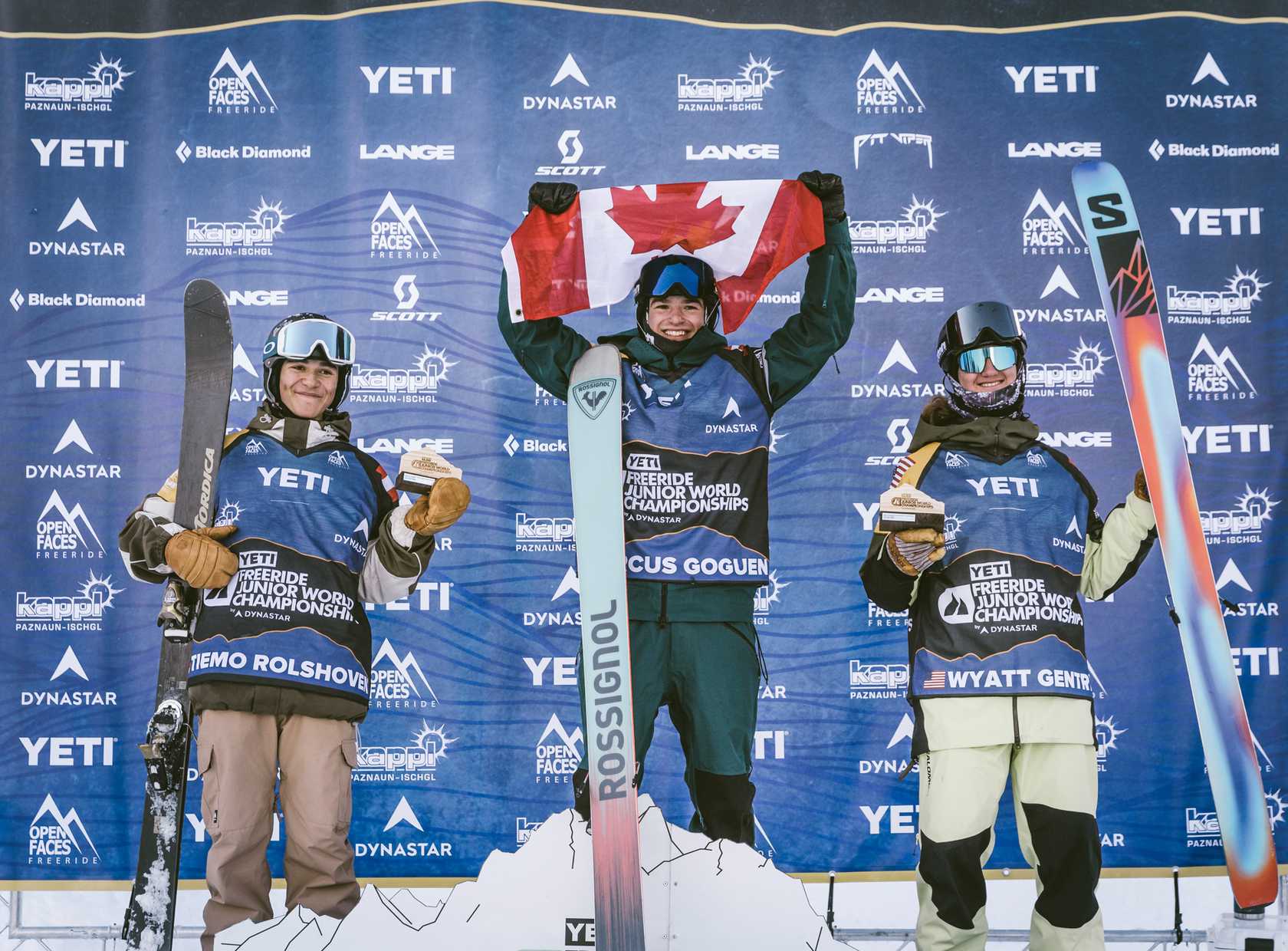 A well-earned podium for these three! Photo: Mia Maria Knoll

The FJWC showed that the level just keeps on rising with impressive displays in every discipline. For full results and replays check out www.freerideworldtour.com.

Red Bull Playstreets is back for 2023

Red Bull Playstreets is back for 2023