Dmitrii Mulendeev and Lena Prusakova from Russia took the top spots in the freeski competition, while Motiejus Morauskas from Lithuania and Poland’s Katarzyna Rusin were best among snowboarders. Meanwhile Dawid Godziek showed he is one of the best bikers in the world, casually landing a twister no hander on snow.

Lithuanian Motiejus Morauskas secured the victory in the snowboard competition with a frontside 1080 indy and backside 720 mute. Czech Kristian Salac, the winner of Friday’s qualifications, scored high with a backside double cork 1080, but with some problems on the landing of his second trick, a frontside 900 tailgrab, had to settle for second place. Dante Brcic from Croatia took third, while Katarzyna Rusin from Poland took the top spot in the women’s competition. 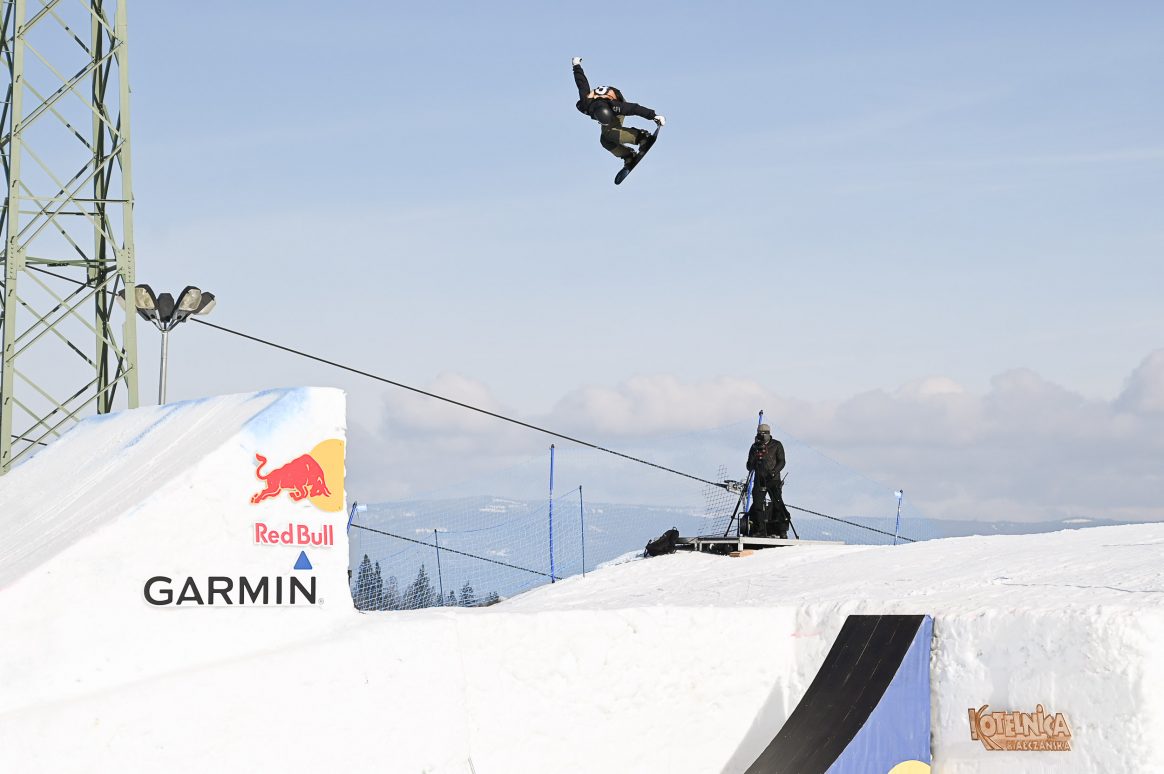 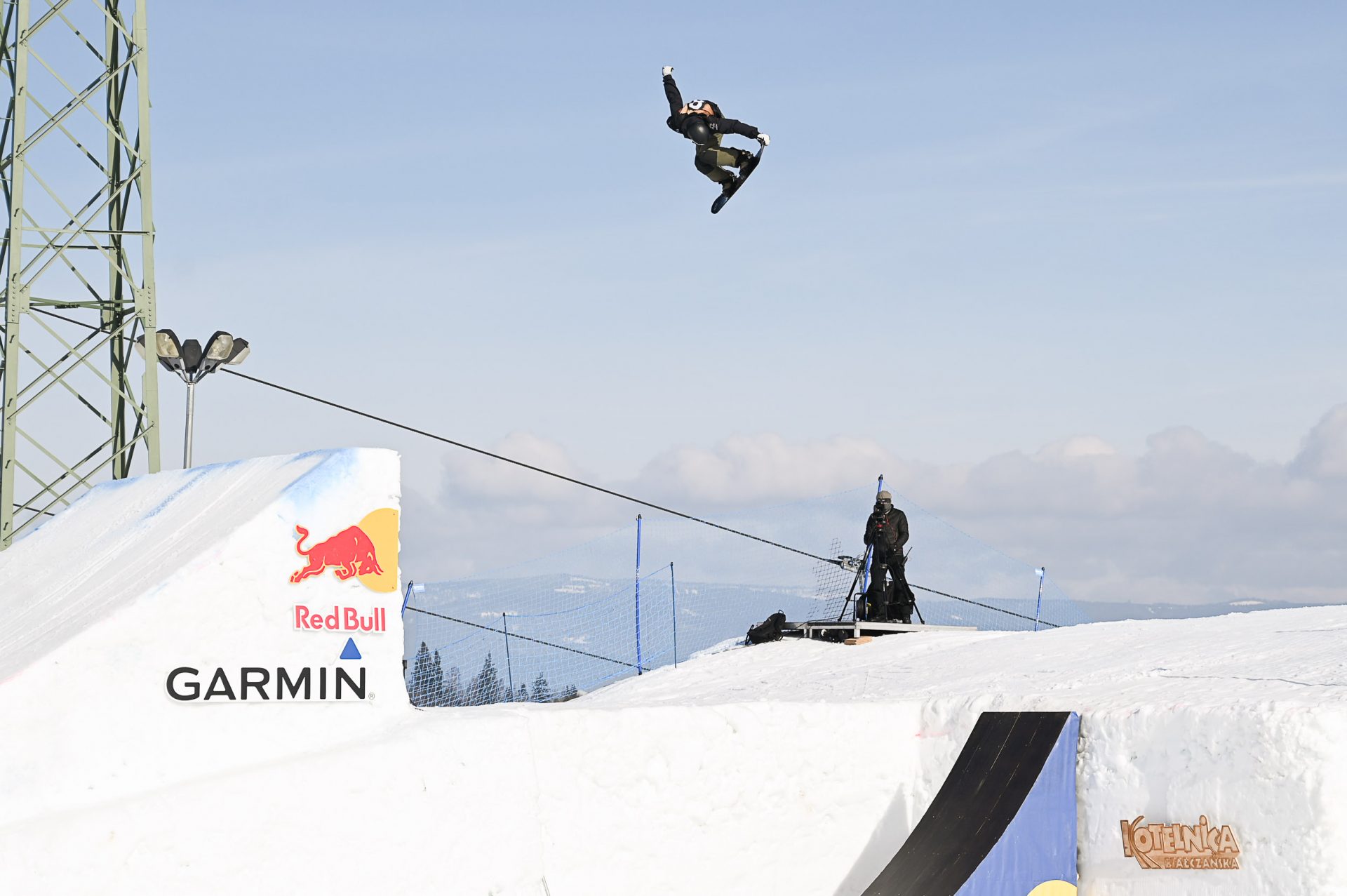 The freeski final was simply on another level, with a double cork 1080 as the minimum to even think about breaking into the top ten. With some big rotations and huge jumps all the way to the bottom of the landing, the final battle for victory came down to Dmitrii Mulendeev from Russia and Emil Granbom of Sweden. Dmitrii threw a left double cork 1440 mute and right double cork 1260 mute, while Emil, the current overall in slopestyle in the FIS Europa Cup, responded with a switch left double cork 1440 safety and a left double cork 1260 tail. In the end, it was the Russian who clinched the win, with just .34 points separating him from Granbom. Mikka Virkki from Finland came in third, while Russia’s Lena Prusakova topped the women’s category. 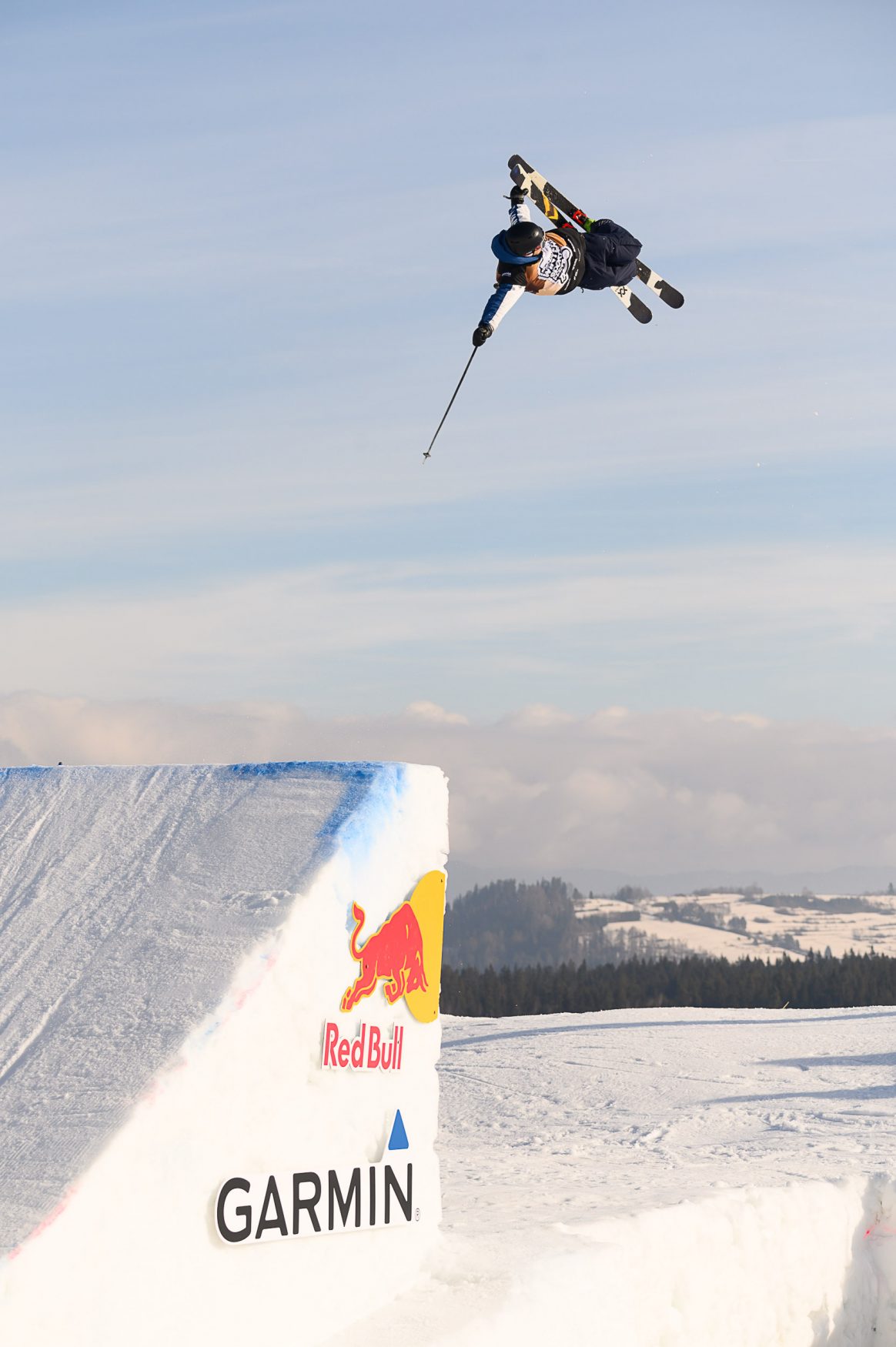 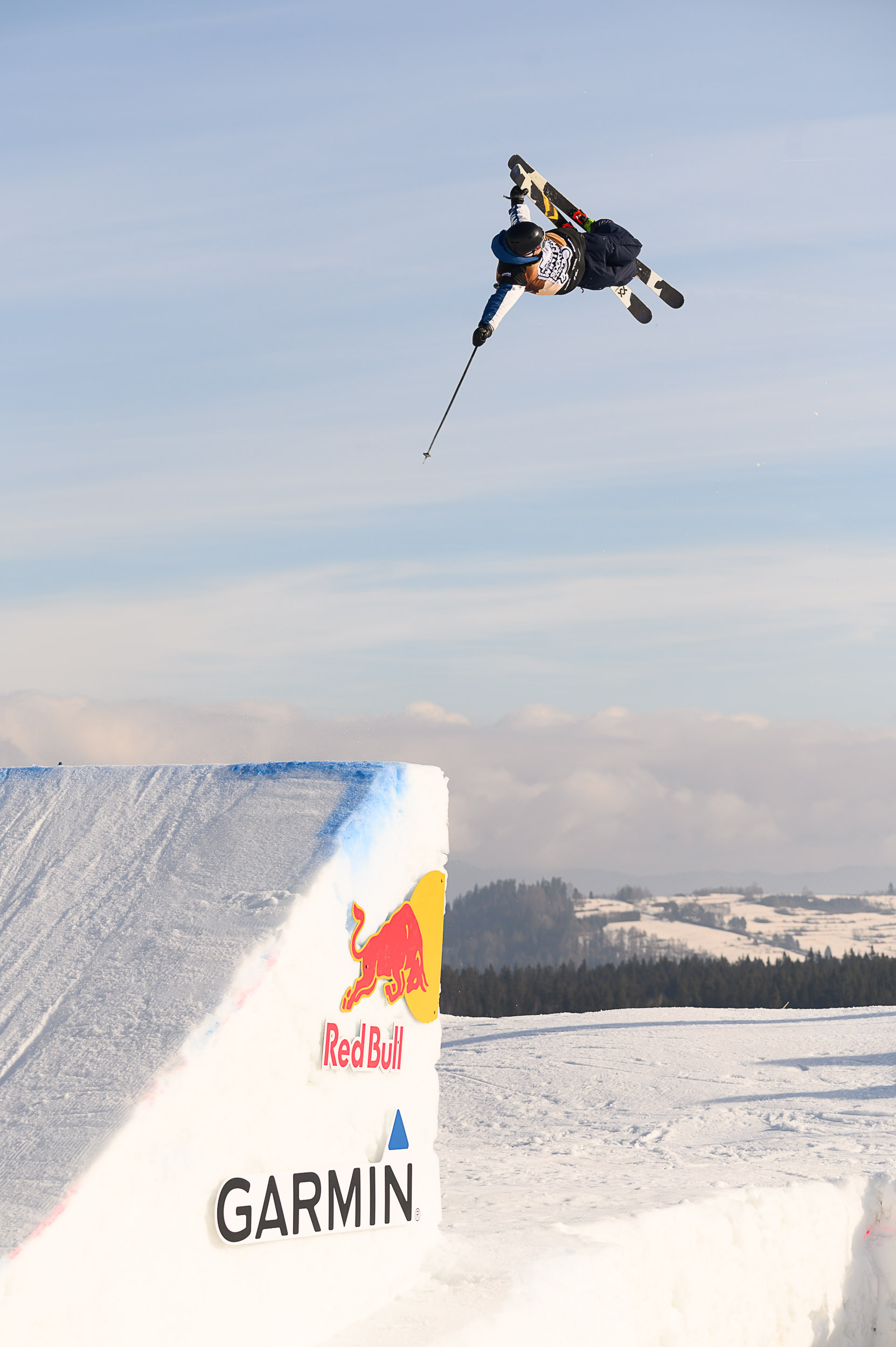 Dmitrii Mulendeev on his way to the win. Photo: Tomek Gola

The Polish Freeskiing Championships were also held as part of the Garmin Winter Sports Festival. This year the title went to young blood Janek Burkiewicz, age 15, who secured the victory with a double cork 1260.

Last but not least the bikers took over the jump, and what a show it was. Dawid Godziek secured the victory with a twister no hander. Paweł Stachak took second thanks to a frontflip triple barspin, and a Backflip double tailwhip by Austrian Dorian Macher was enough for third. Aleksandra Ciupak, the only woman jumping on a bike during the Festival, landed a huge backflip and was greeted with loud applause by the spectators and competitors. 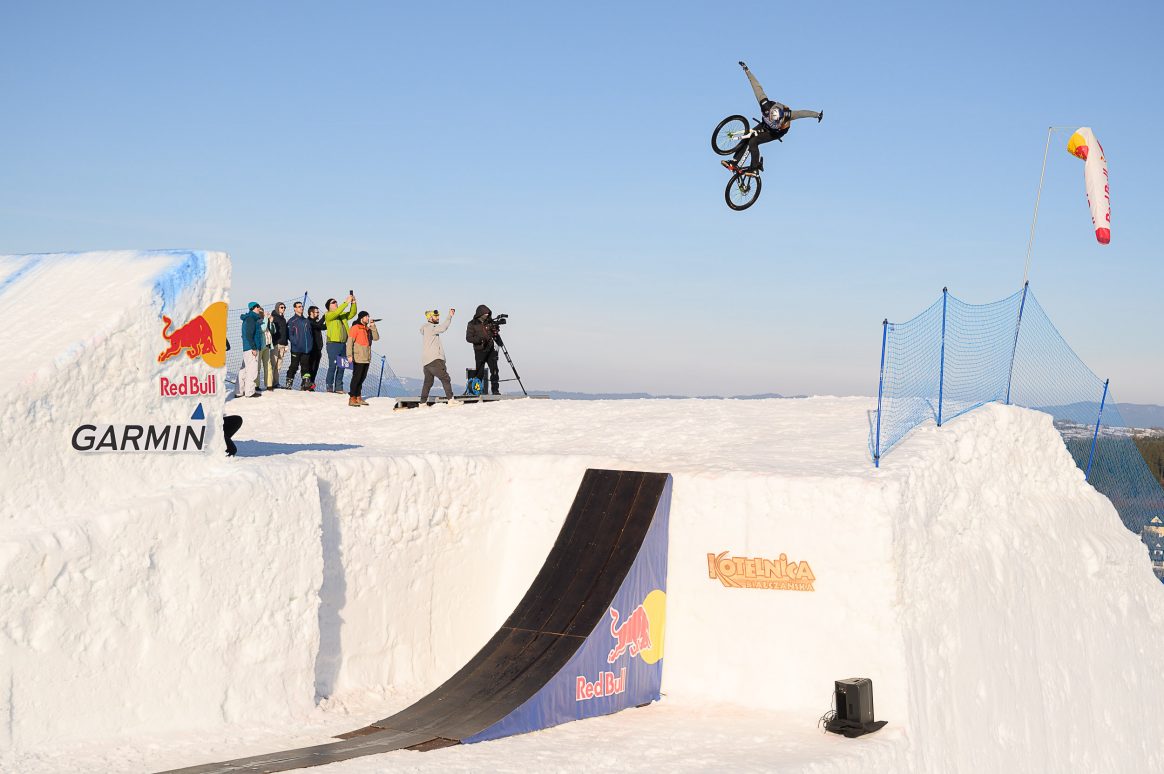 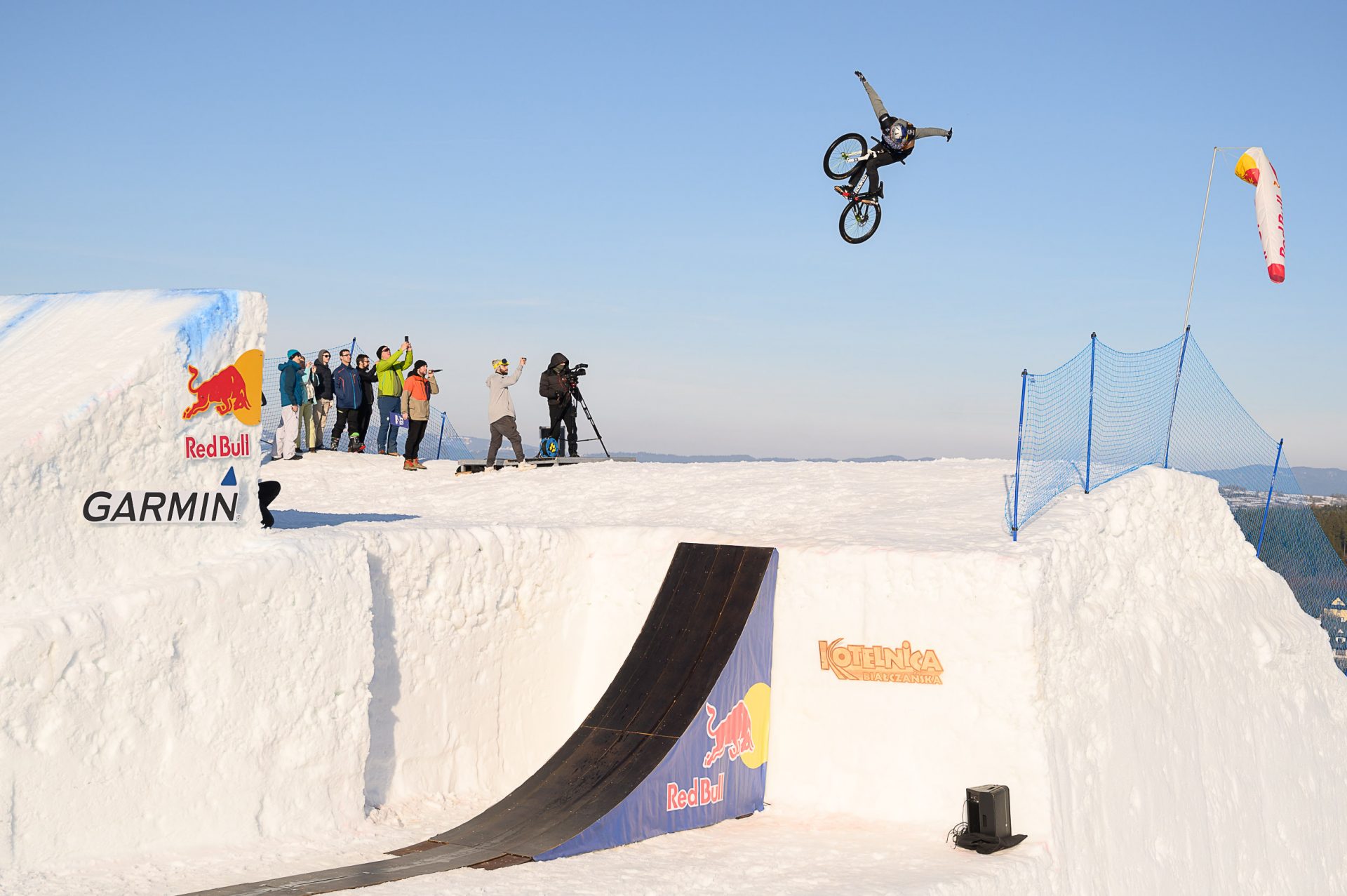 Dawid Godziek puts on a show during the bike Big Air with a twister no-hander. Photo: Tomek Gola

For the Full results and photo gallery, visit www.wintersportsfestival.pl
More photos and videos can be found on Facebook and Instagram.