A legacy German outdoor brand with over a century of experience, Deuter has expanded its avalanche airbag offer with the Alproof backpack line.

Deuter might not yet be a household name in English-speaking countries, but it certainly is in Germany. For an astonishing 124 years, this Augsburg-based outdoor company has specialized in backpacks and sleeping bags. Its latest entry to the snow market is the Alproof Series, which combines that century-plus of German bag-making expertise with some of the newest airbag technology available. This combination seems to be a winning one: The Alproof backpack won both the ISPO Award 2022 and the Plus X Award. Let’s take a closer look. 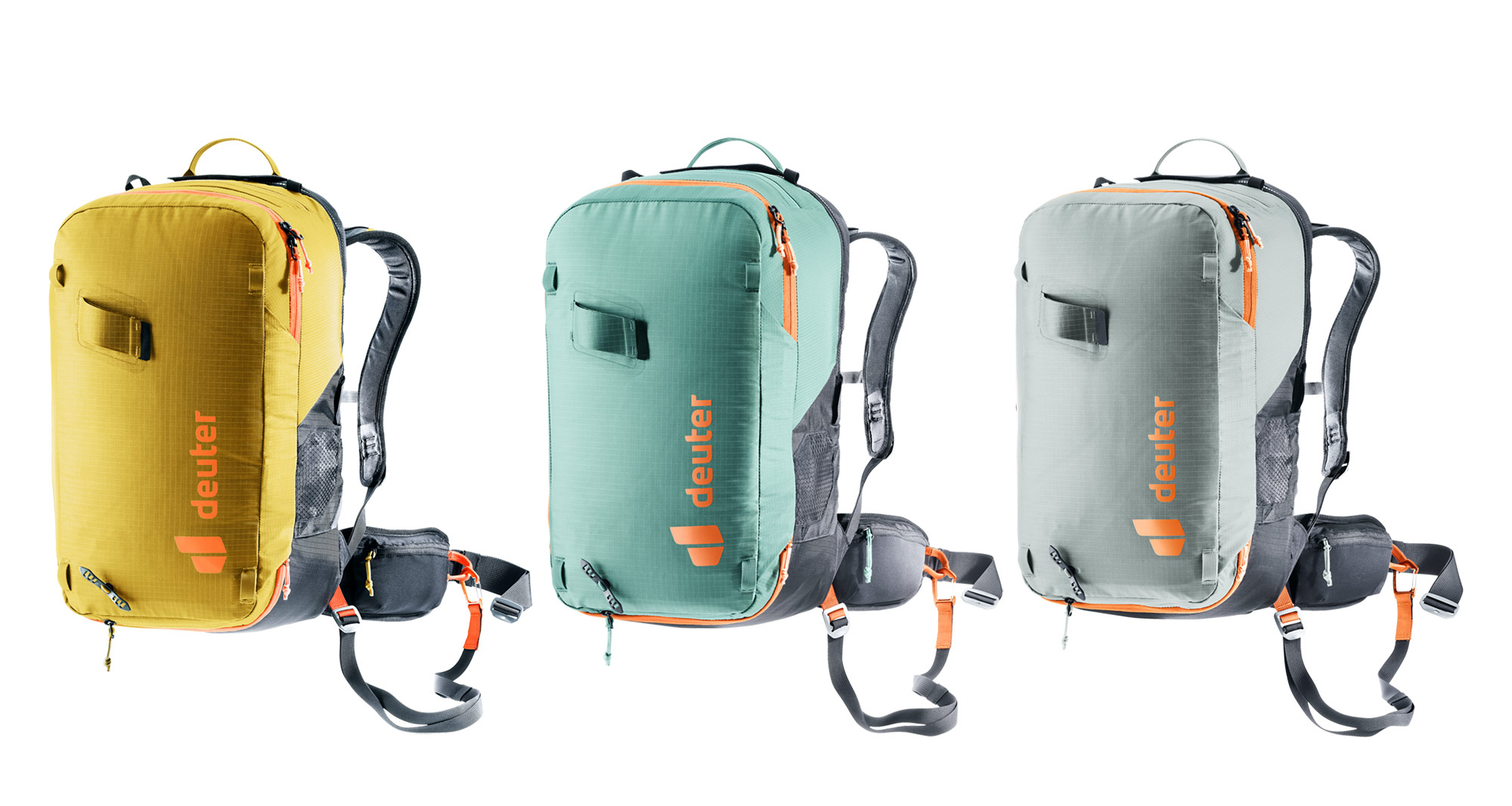 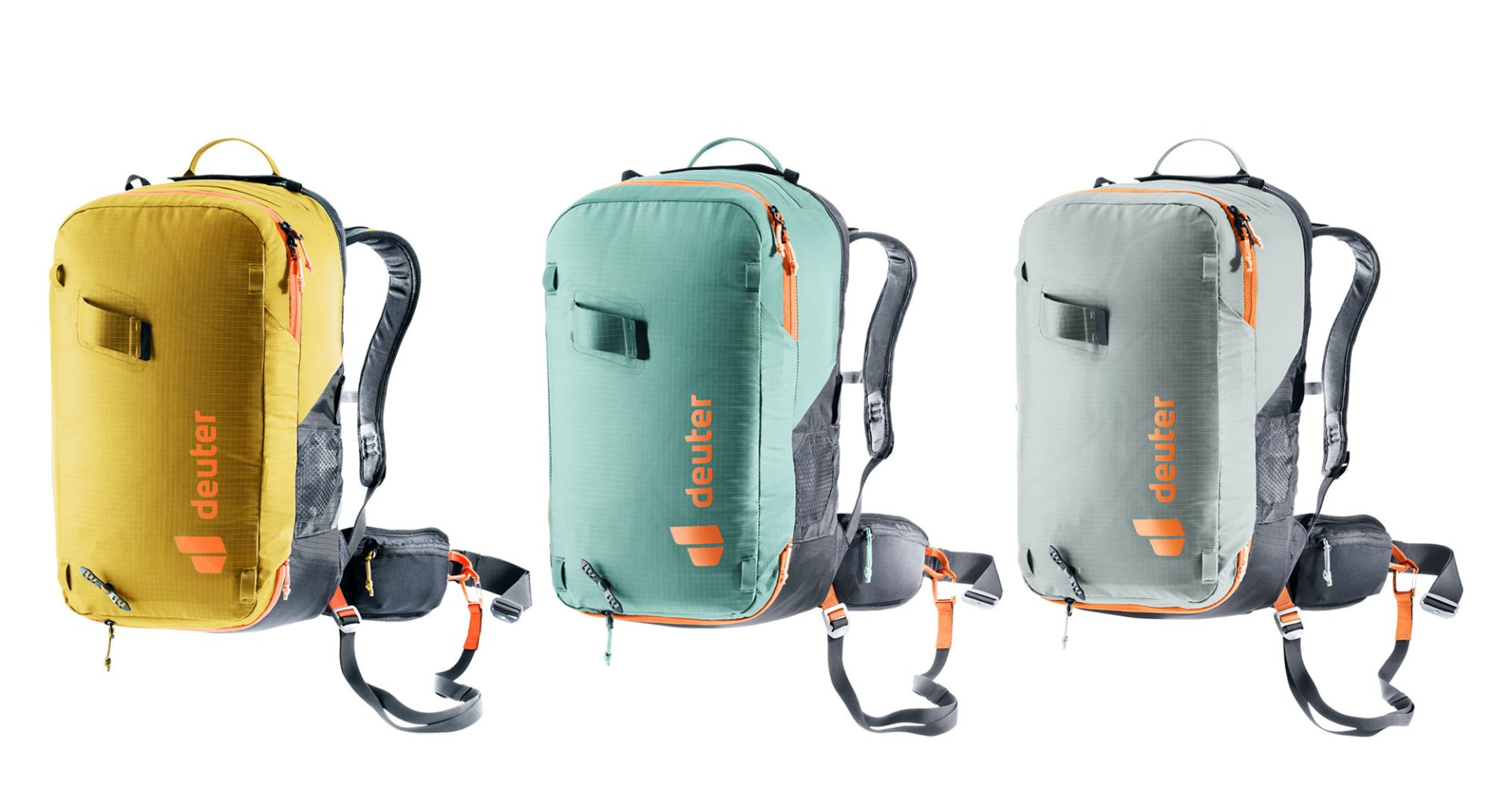 Until not so long ago, cartridge-based systems ruled the avalanche airbag market. A pin or explosive pressure punctured a canister of compressed gas, which filled the airbag within seconds. Over the past several years, however, electronic-based fan systems have shaken up the market. These battery-powered blowers offer several advantages: Ease of use, maintenance and testing are all improved, mostly because there’s no need to replace cartridges after every actuation. However, they also come with their own downsides, mostly in weight and in price. 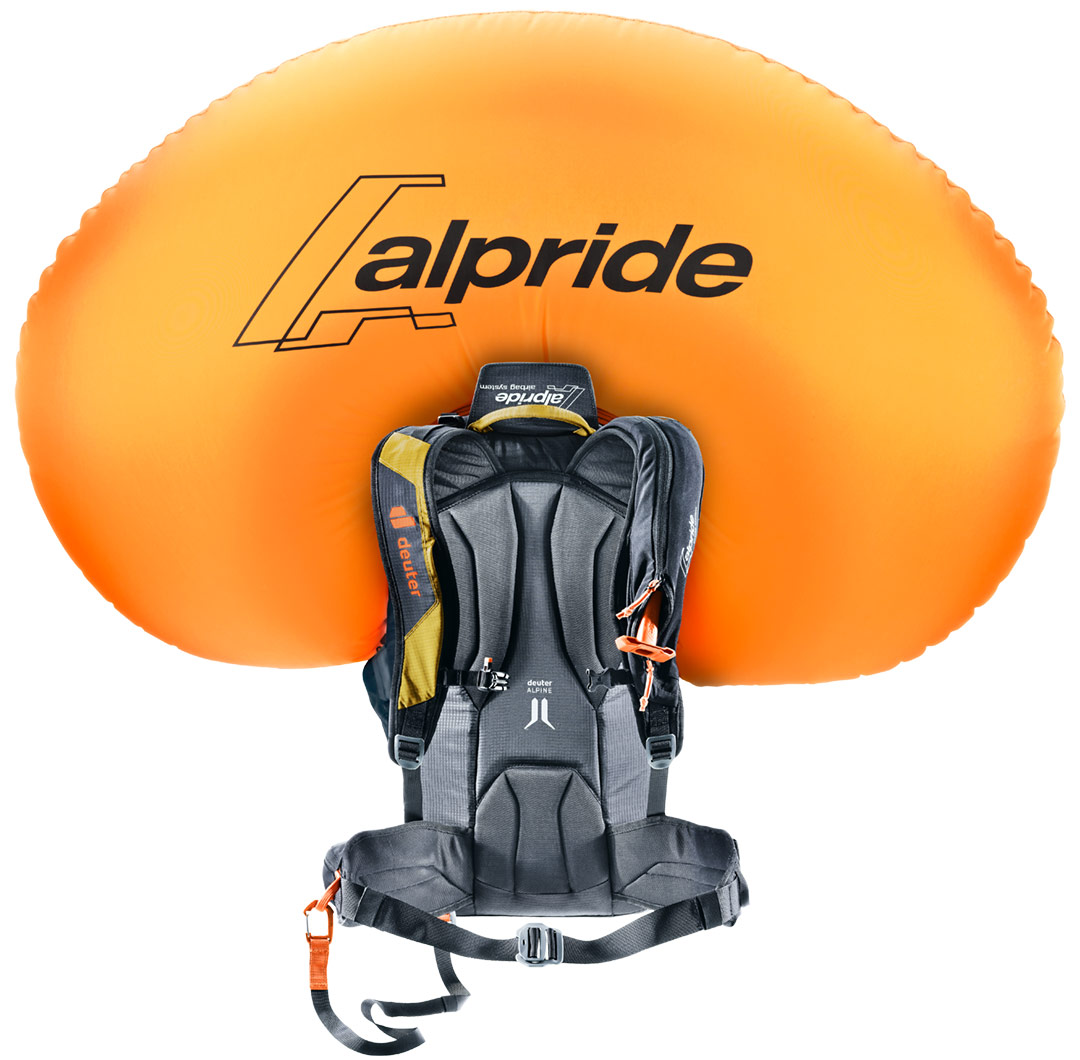 The Alpride E2 system is the latest generation of fully electronic airbags with supercapacitor technology. Supercapacitors are the “in” thing in airbag tech at the moment. They store electrical energy without a chemical reaction, eliminating the need for a bulky lithium battery, and their performance isn’t affected by temperature. With just two AA batteries, the E2 system is fully autonomous for up to three months. The supercapacitor can also be charged via USB-C.

The E2 has several other advantages, including an LCD display that shows the charge level of both the supercapacitor and AA batteries. LED lights visible on the outside of the bag show the status of the system. And at a total weight of 1140g, it’s among the lighter electronic systems on the market—140 grams lighter than its predecessor, the E1.

Let’s look at the backpacks themselves. Deuter has built its brand on durability, comfort and performance, so it’s no surprise that all of these elements are present in the Alproof. The packs feature everything that an avalanche bag should: a pocket for safety equipment, ski and snowboard carrying systems, ice axe attachment, a removable external helmet stash bag, material straps on the waistband for extra gear. 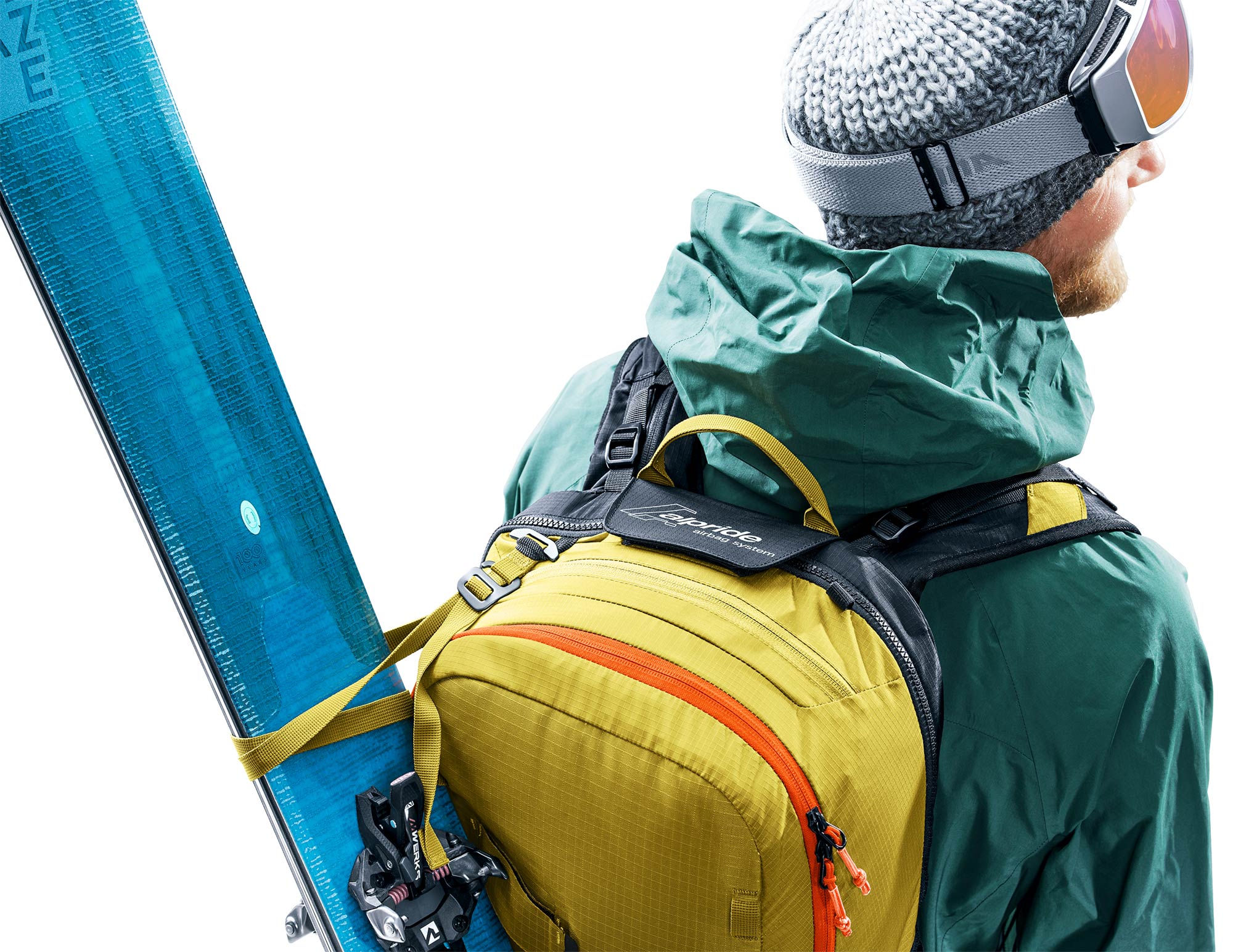 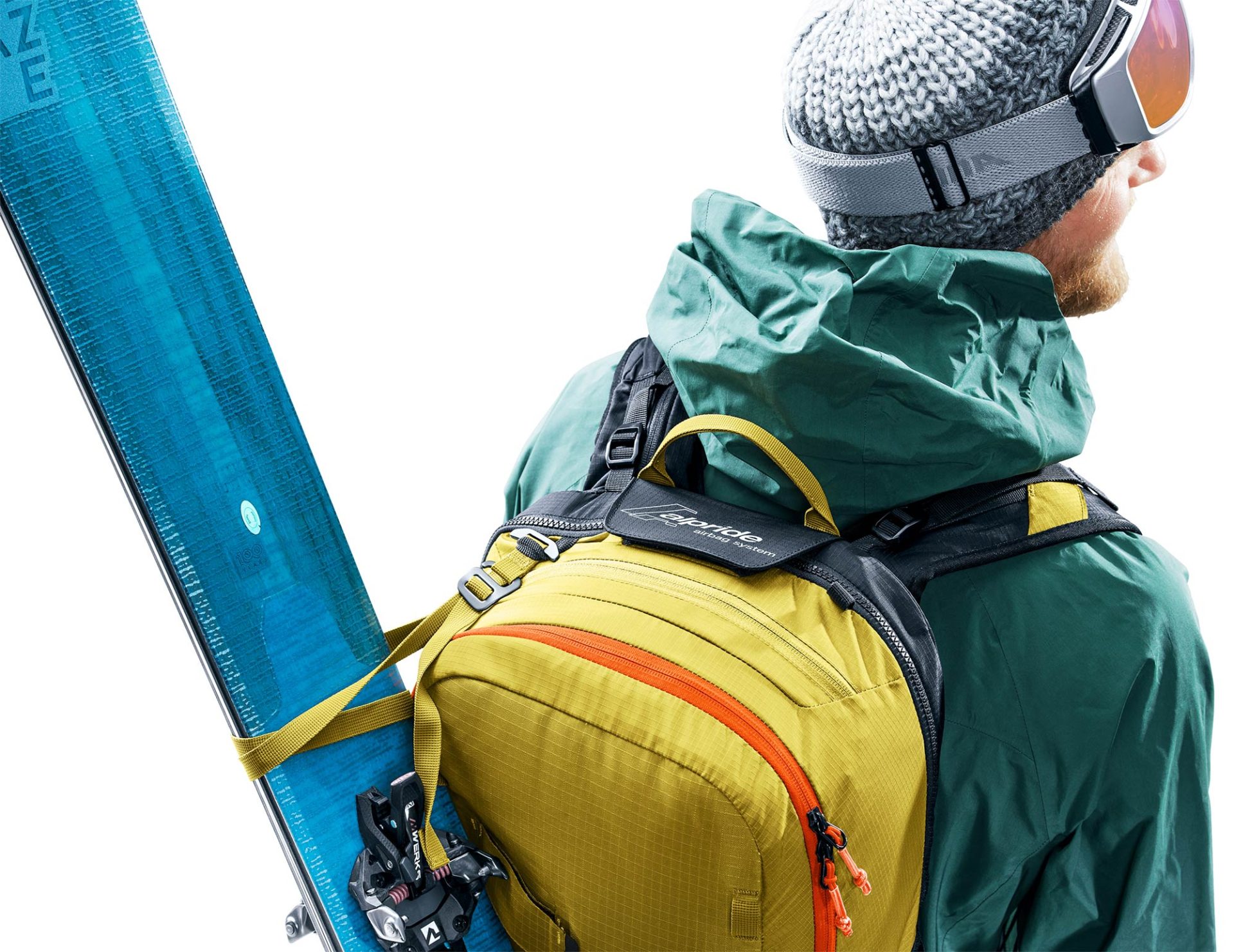 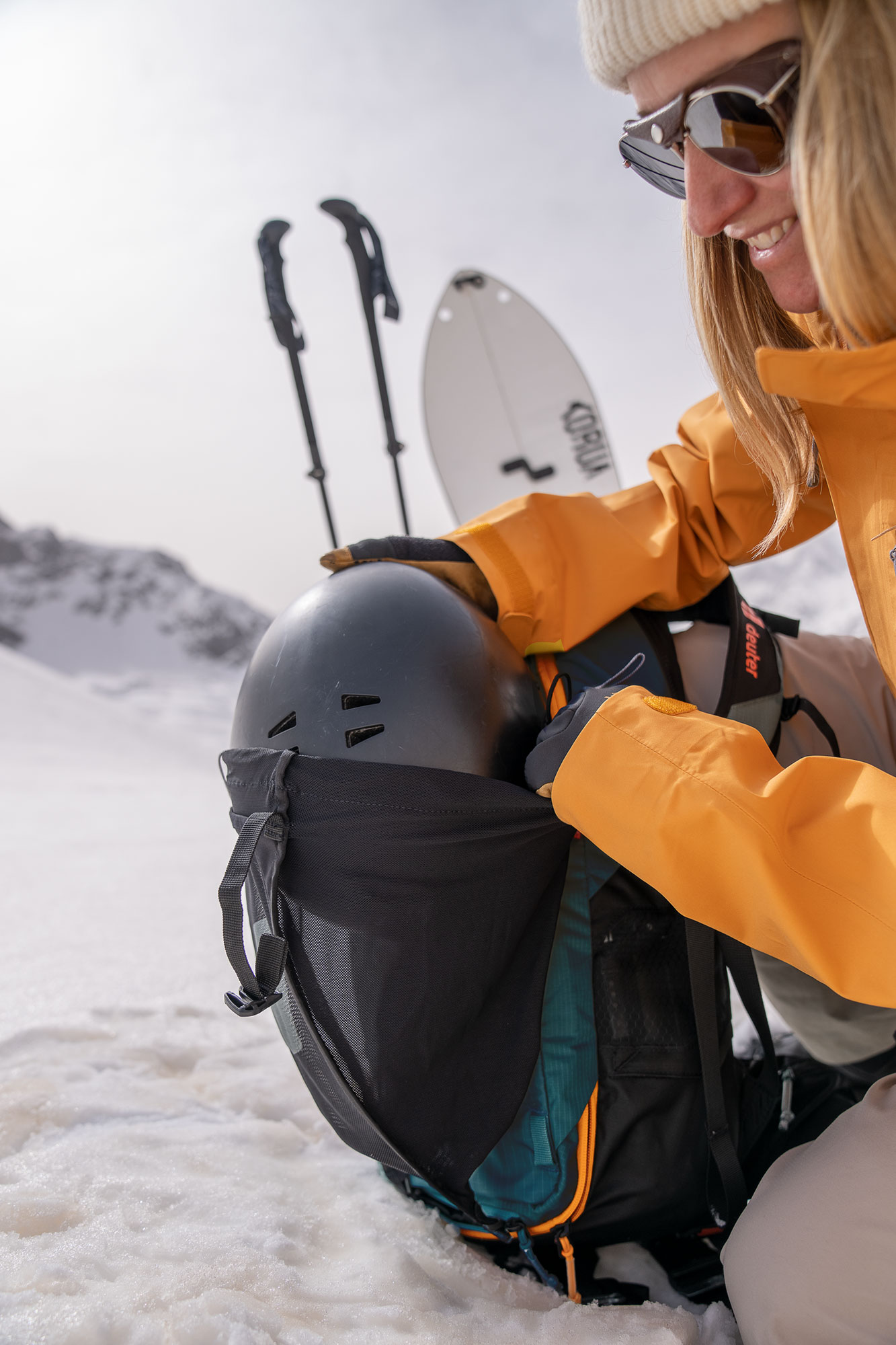 The Alproof also includes a number of non-standard items that point to Deuter’s expertise in comfort and usability. The Alproof 32 bag is compatible with a 3-liter hydration pack, including compatibility with a drinking tube. There’s a top zip pocket for stashing valuables, and the main compartment features a clamshell-style opening for easy access to all your stuff.

The shoulder and waist straps appear to be both robust and well-padded; if there’s anywhere where we wouldn’t expect Deuter to slack, it’s in carrying comfort. The bags are made of durable polyamide material that’s both abrasion-resistant and water-repellent. And if, for any reason, your pack ends up ripping or otherwise malfunctioning, no worries: It’s backed by Deuter’s lifetime warranty. Just send in your bag and they’ll repair it—for free for the first two years, and at cost after that. 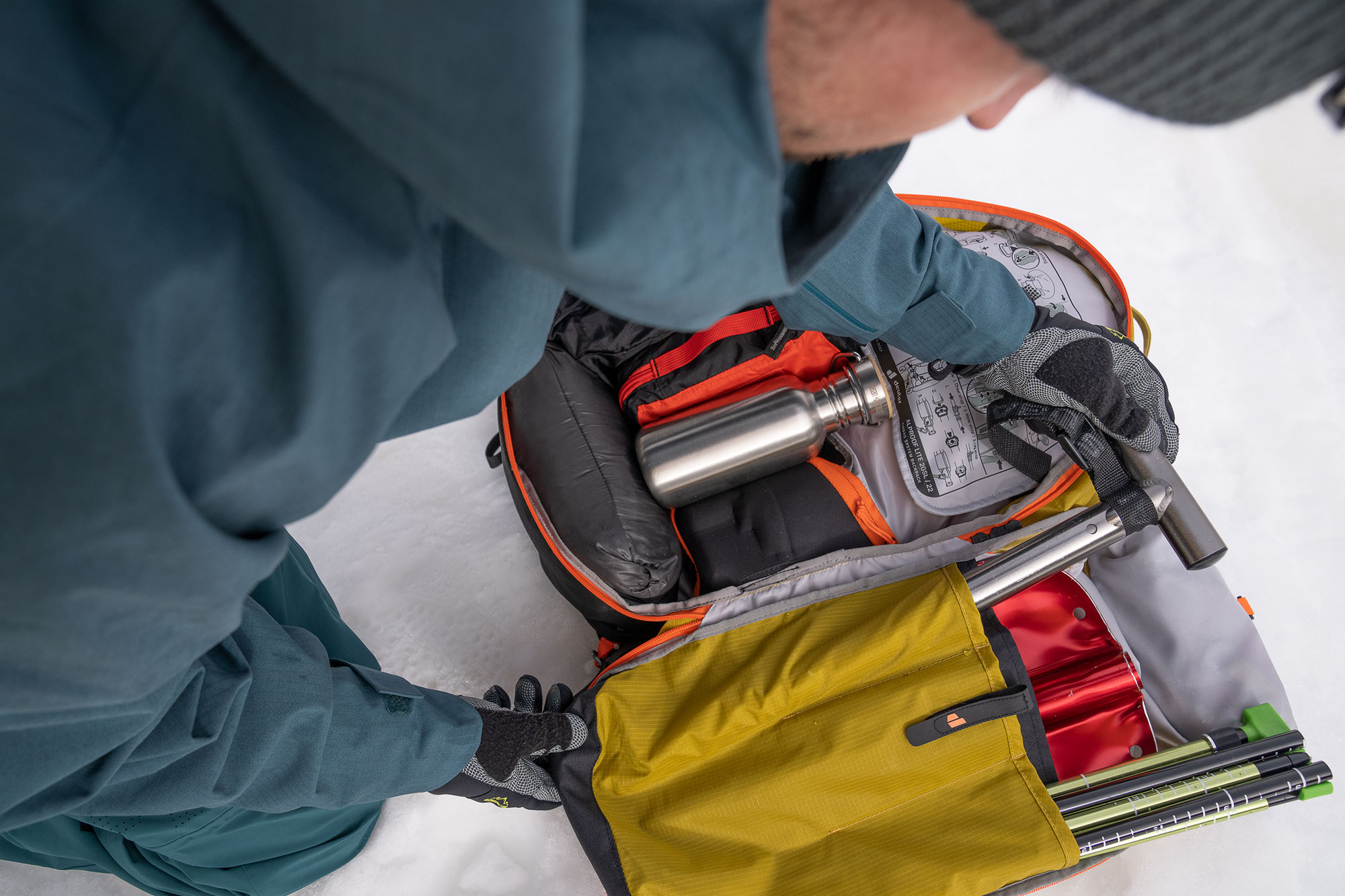 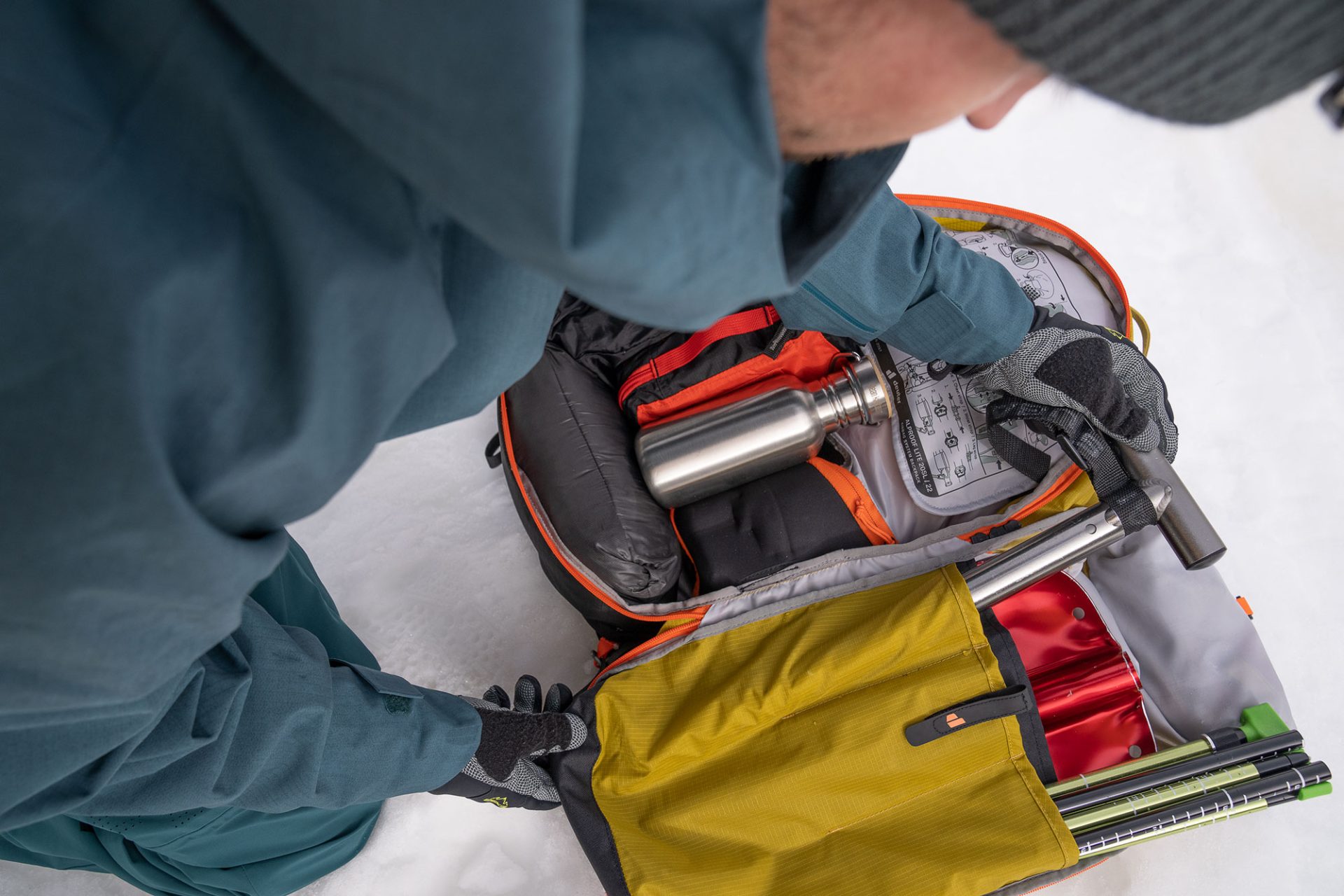 No need to waste time rummaging through your pack from the top: the clamshell-style opening on the Alproof means easy access to all your gear. Photo: Deuter

We’re looking forward to getting hands-on experience with the Alproof , but all signs point to this being a very respectable addition to the avalanche bag market. The combination of cutting-edge Alpride supercapacitor tech and Deuter’s decades of backpack experience makes this a bag to be reckoned with, in particular for freeriders but also for touring and ski mountaineering. Of course, the price is also formidable: ranging from €1200 to €1300, it’s definitely not a cheap option. But with the Deuter logo on the bag, at least you know what you’re paying for.