Jake Mageau aka Mr. Mango in the mix.

An event that’s usually taken place in the streets of Breckenridge the past few years, this year’s Dew Tour Streetstyle was held at the base of Copper Mountain. Despite the change in location, it retained its character as a classic rail jam with an urban-inspired features like corrugated tubes, electric boxes, and concrete barriers. The Streetstyle event always has been a fun part of the Dew Tour experience that shows the best aspects of our sport by bringing together top film & contest skiers. As the sun started to go down, the crowd began gathering at the bottom of the resort to root on their favorite skiers. 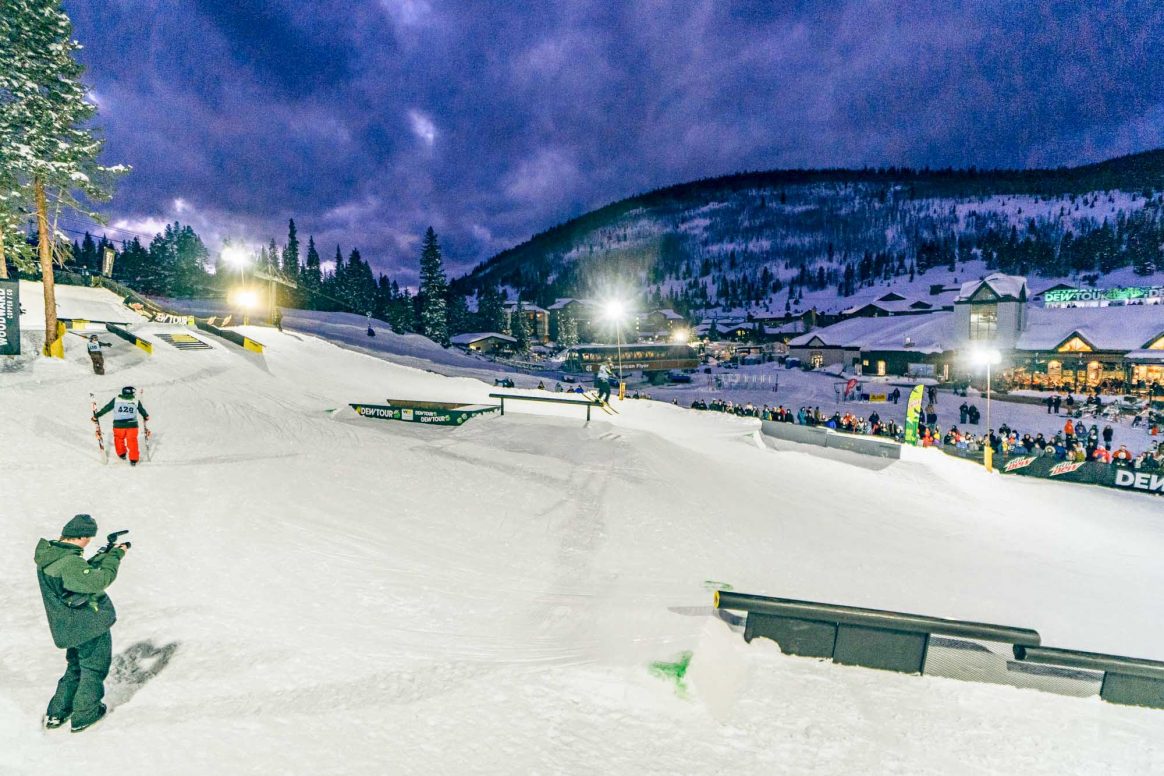 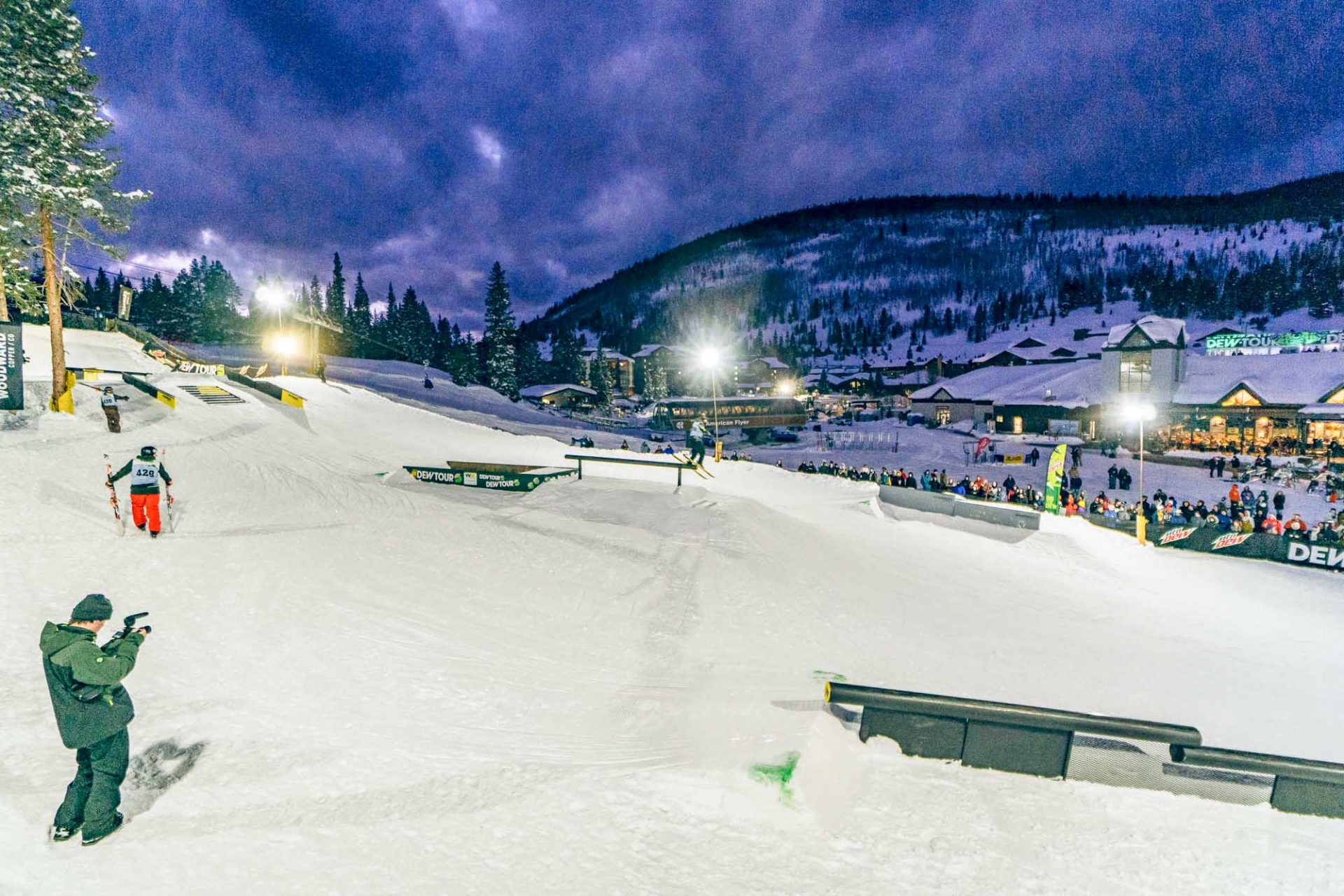 The Streetstyle course at the base of Copper Mountain.

The ladies’ competition kicked off the evening. With only eight riders participating this year, the ladies had 25 minutes to show off their skills. Right from the beginning there were plenty of good tricks being thrown down from the likes of Taylor Lundquist, with her back swap to switch off the concrete ledge, along with Nadia Gonzalez landing a front 450 out from the shipping container rail. 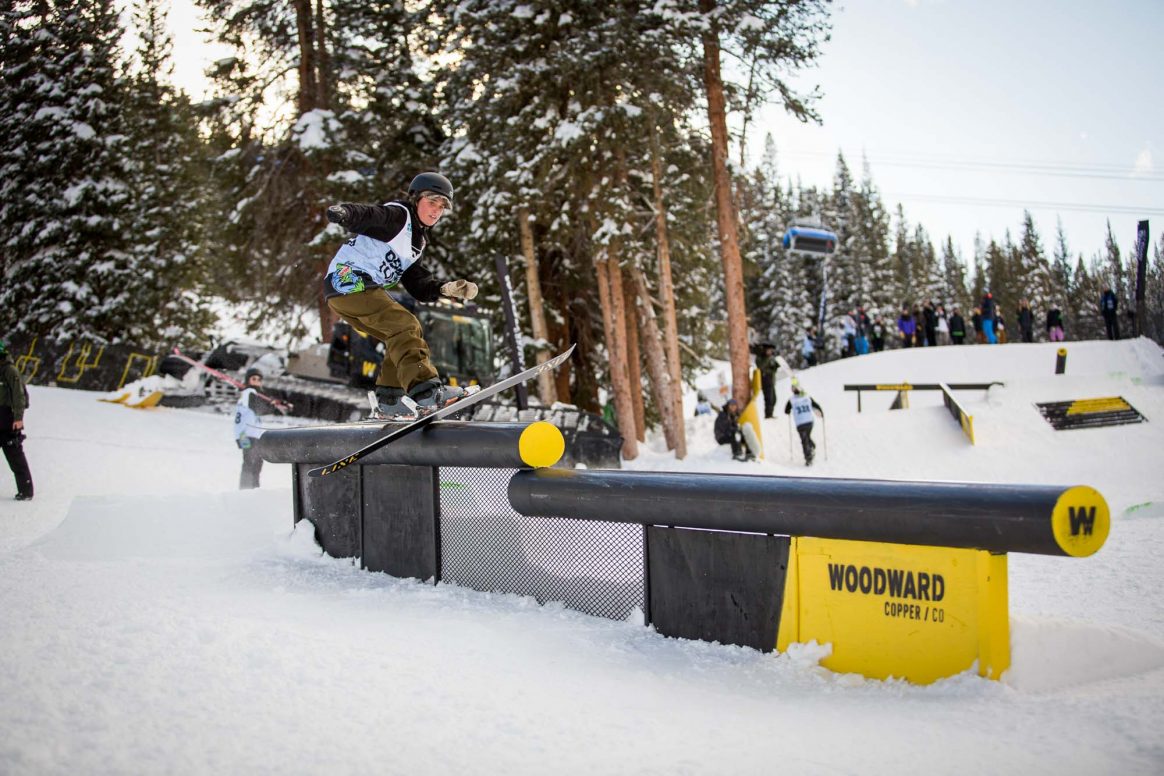 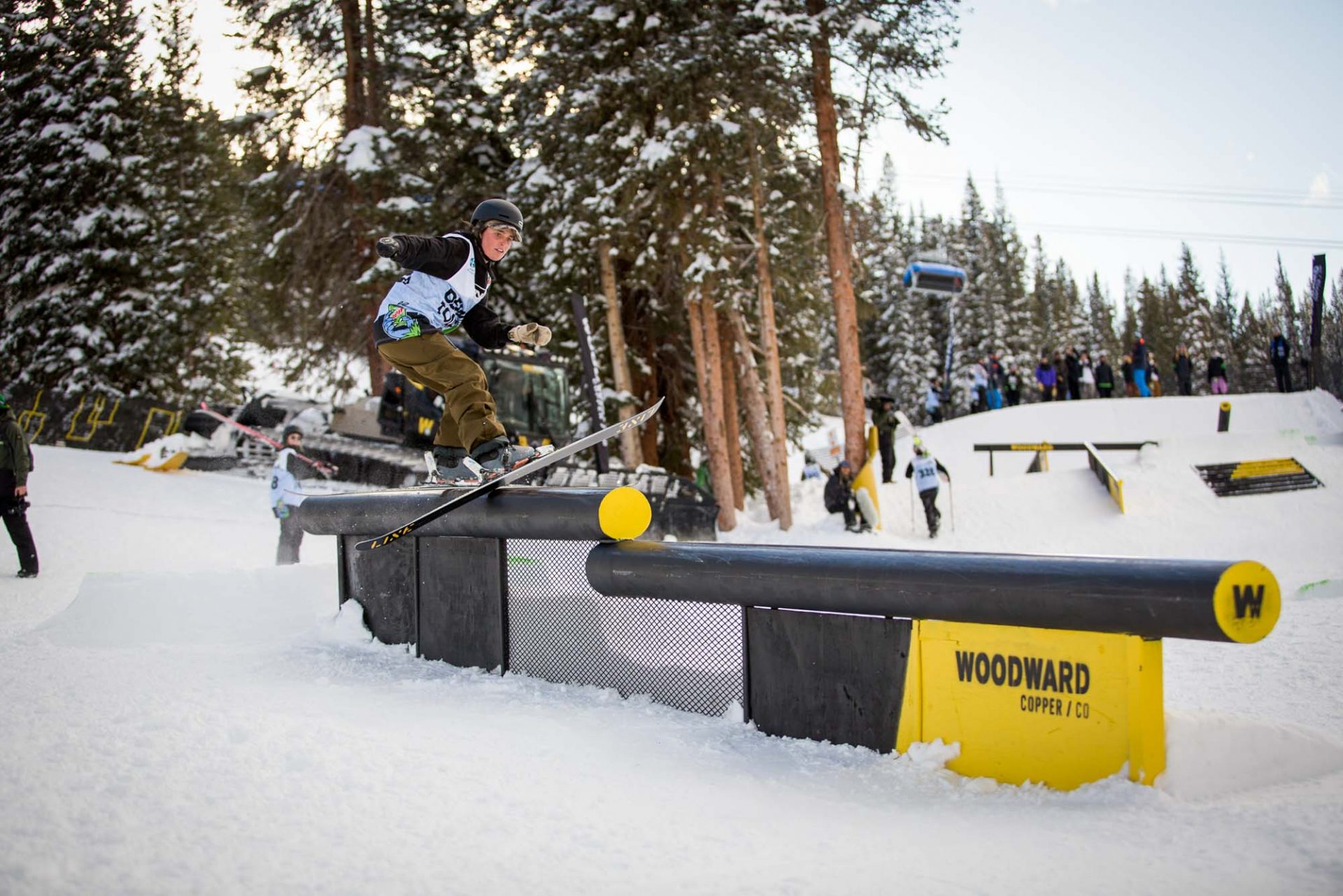 As the contest continued, it was apparent that Mathilde Gremaud & Johanne Killi would be battling it out for the first place position. Both girls showed consistency and progression throughout the event with big spins on and off. It seemed to be a tight competition until Johanne landed a front swap, pretzel 270 out of the transfer rail. This solidified her in the first place spot, along with winning the best trick for the event. Mathilde finished in second and closed out the event with a backslide back 270 out, while the ever-stylish Taylor Lundquist rounded out the podium in third place. 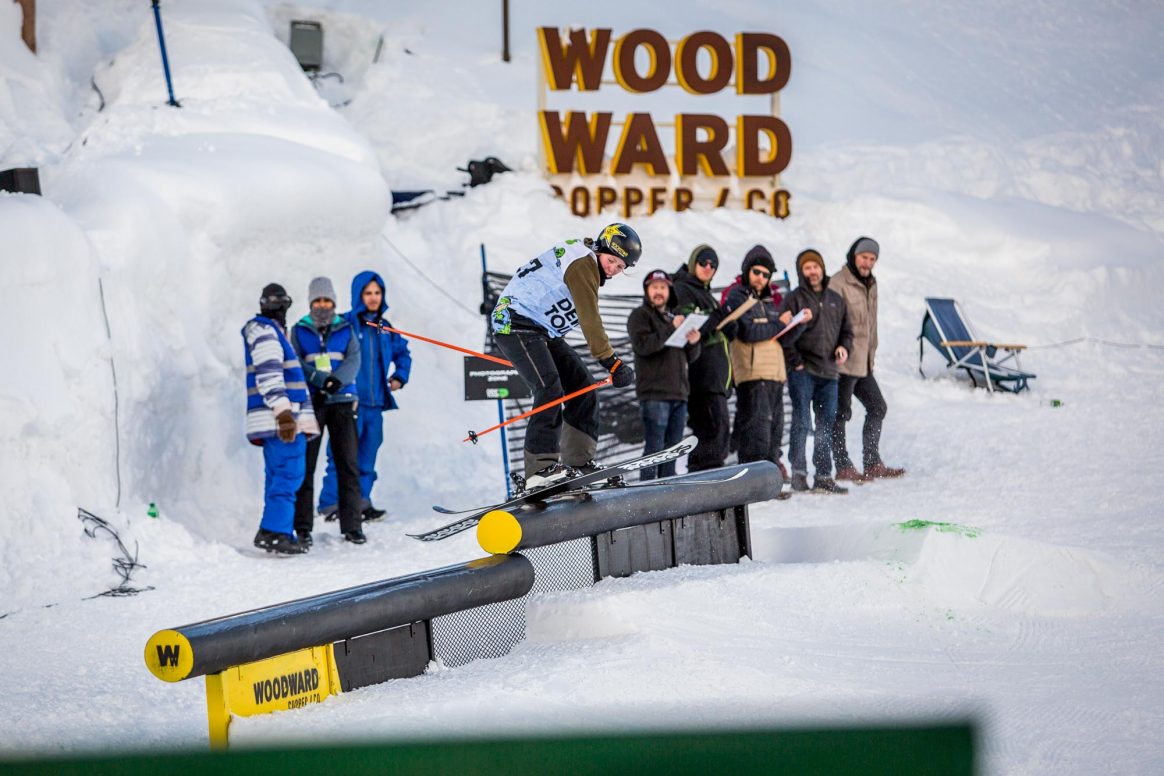 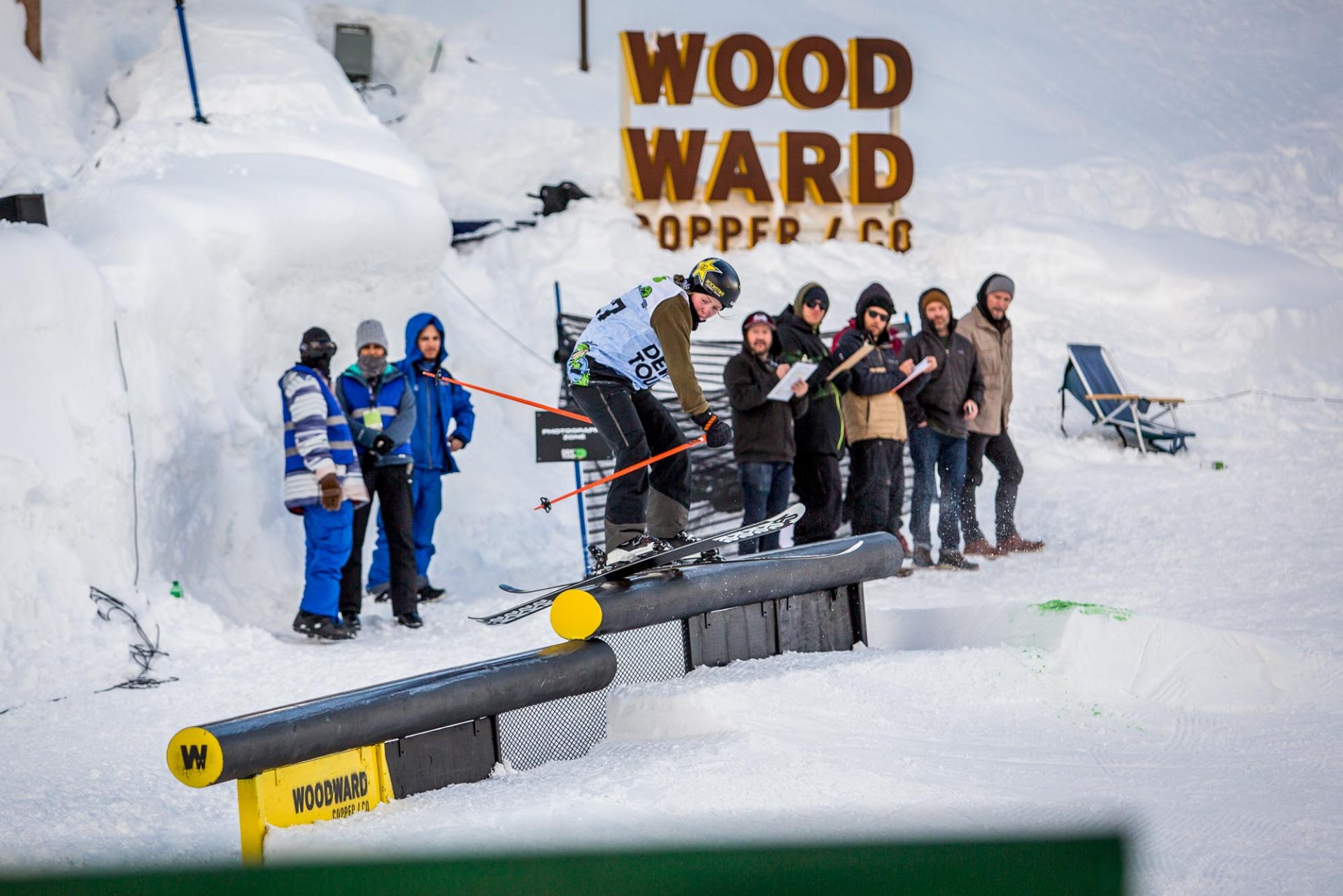 Johanne Killi on her way to the win. 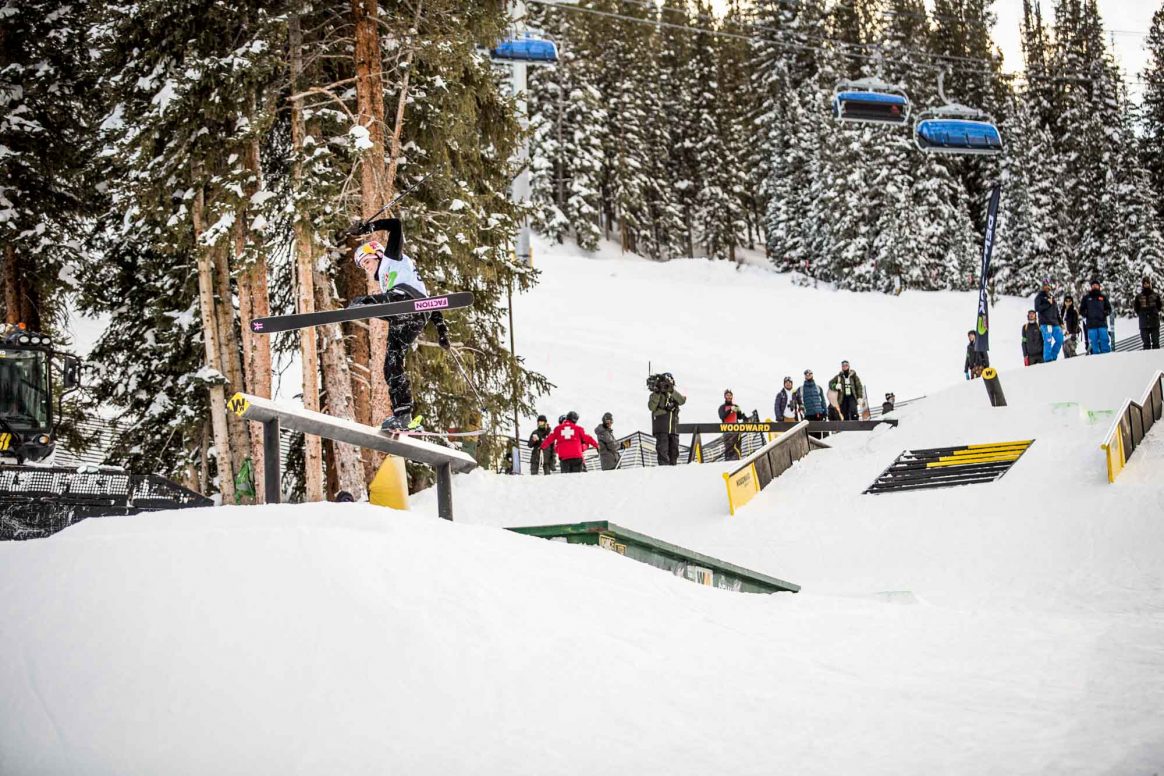 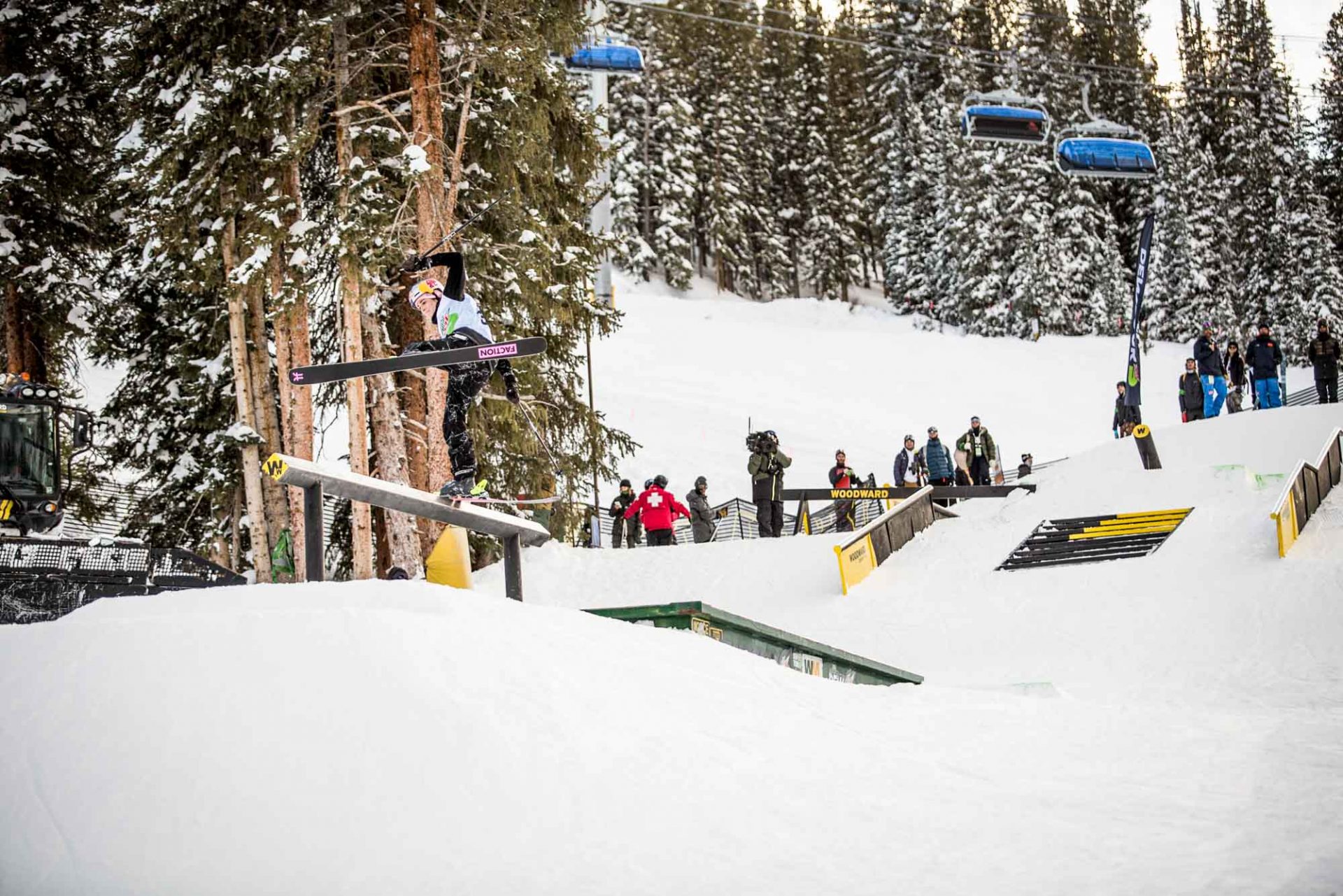 Mathilde warms up her backslide. 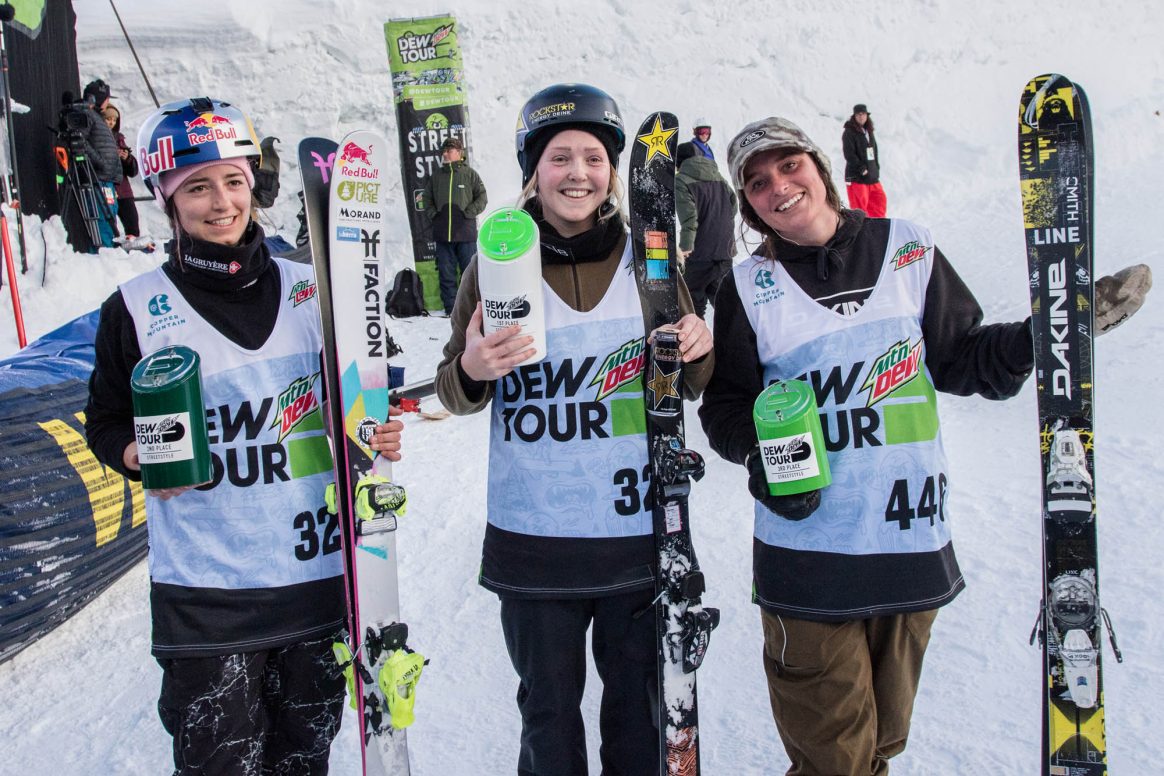 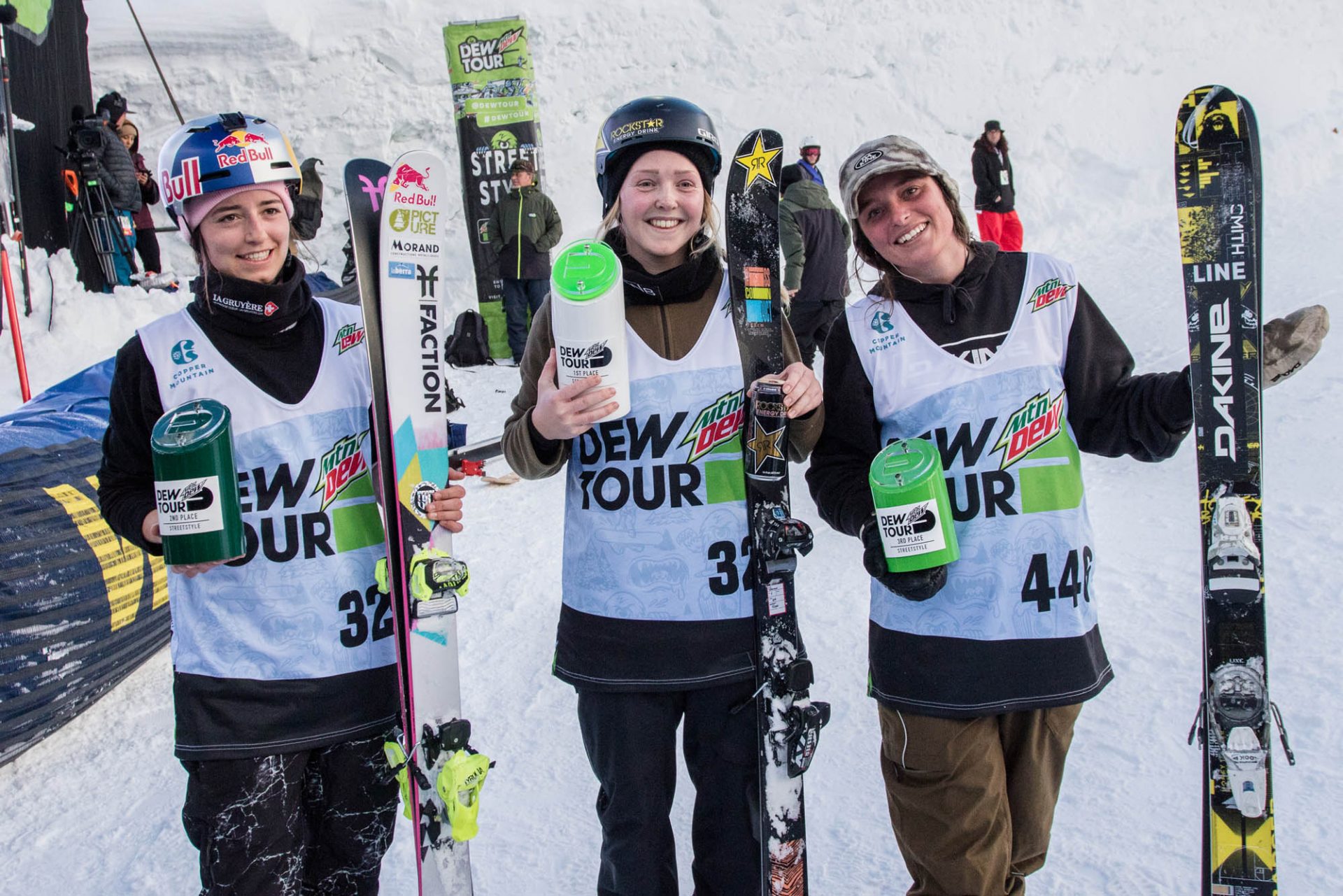 As it began to get darker, the atmosphere was turned up a notch as the men’s 45-minute jam session began. It was nonstop action from the stacked field of riders. Surprisingly enough, the best trick of the day happened on the very first run of the competition. Colby Stevenson casually dropped in first and landed a backslide, back swap, fast slide, front 270 out on the jersey barrier, stunning the crowd and setting the tone for the evening. 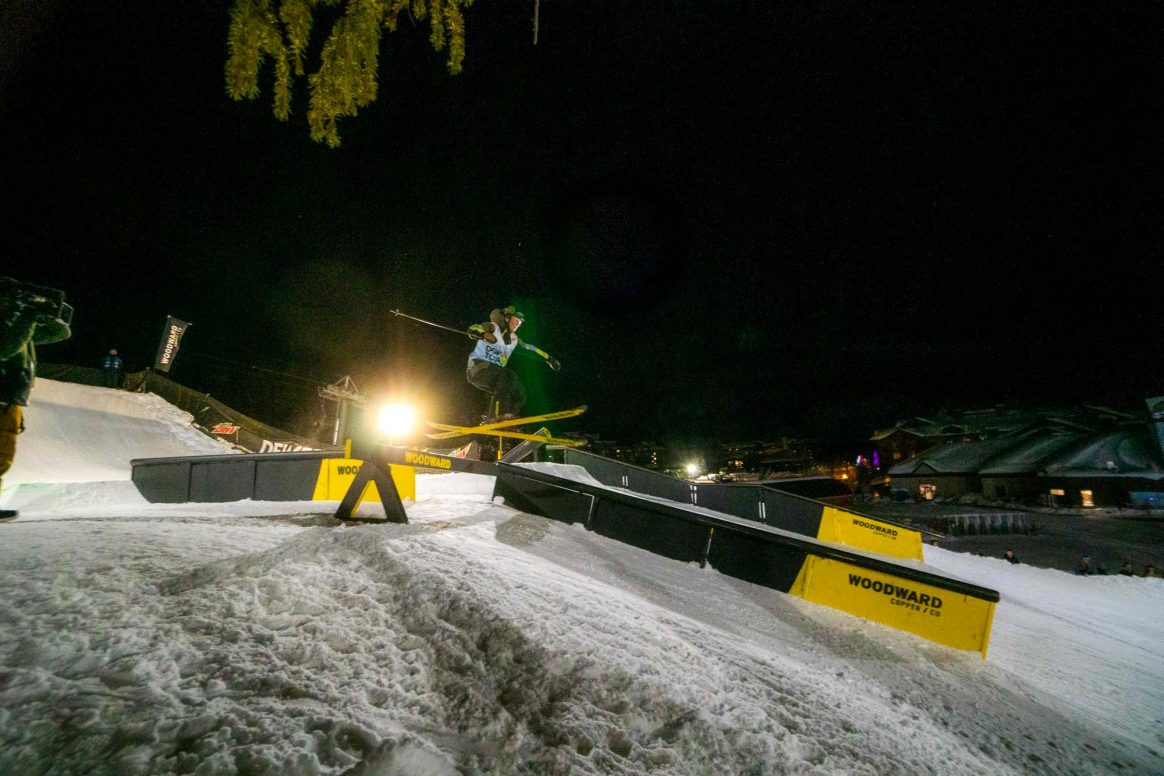 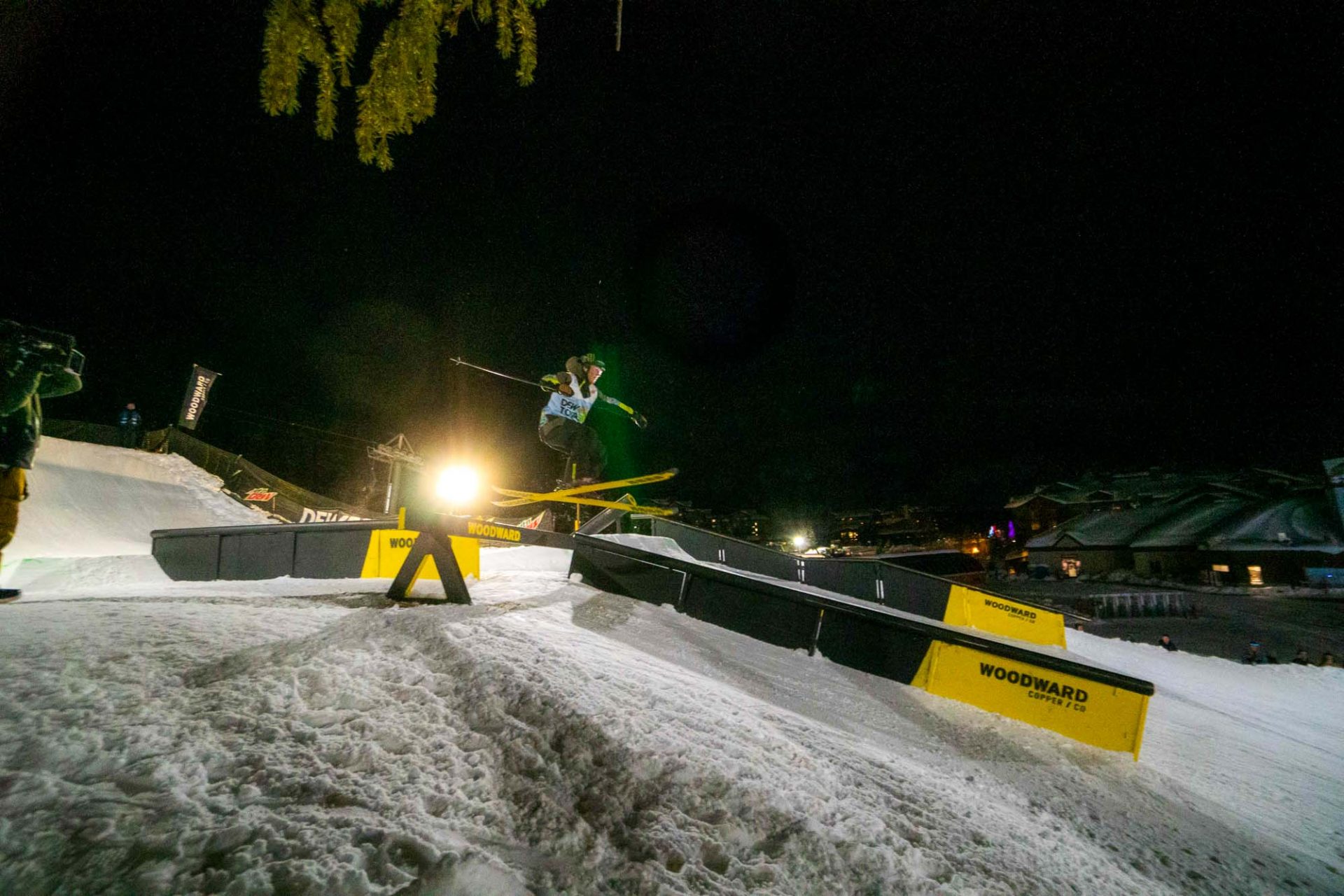 The entire contest was a nonstop show, with every rider landing more difficult tricks each run. Midway through the jam, LJ Strenio pumped up the crowd with a run featuring a punch front flip off the side jump, to a misty flip hand touch on the electric box. Antti Ollila stomped one of the best tricks of the night with a 450 on to 450 off the elevated flat rail, and Colby Stevenson wowed the crowd again with a 270 on, switch-up to pretzel 270 on the transfer rail. 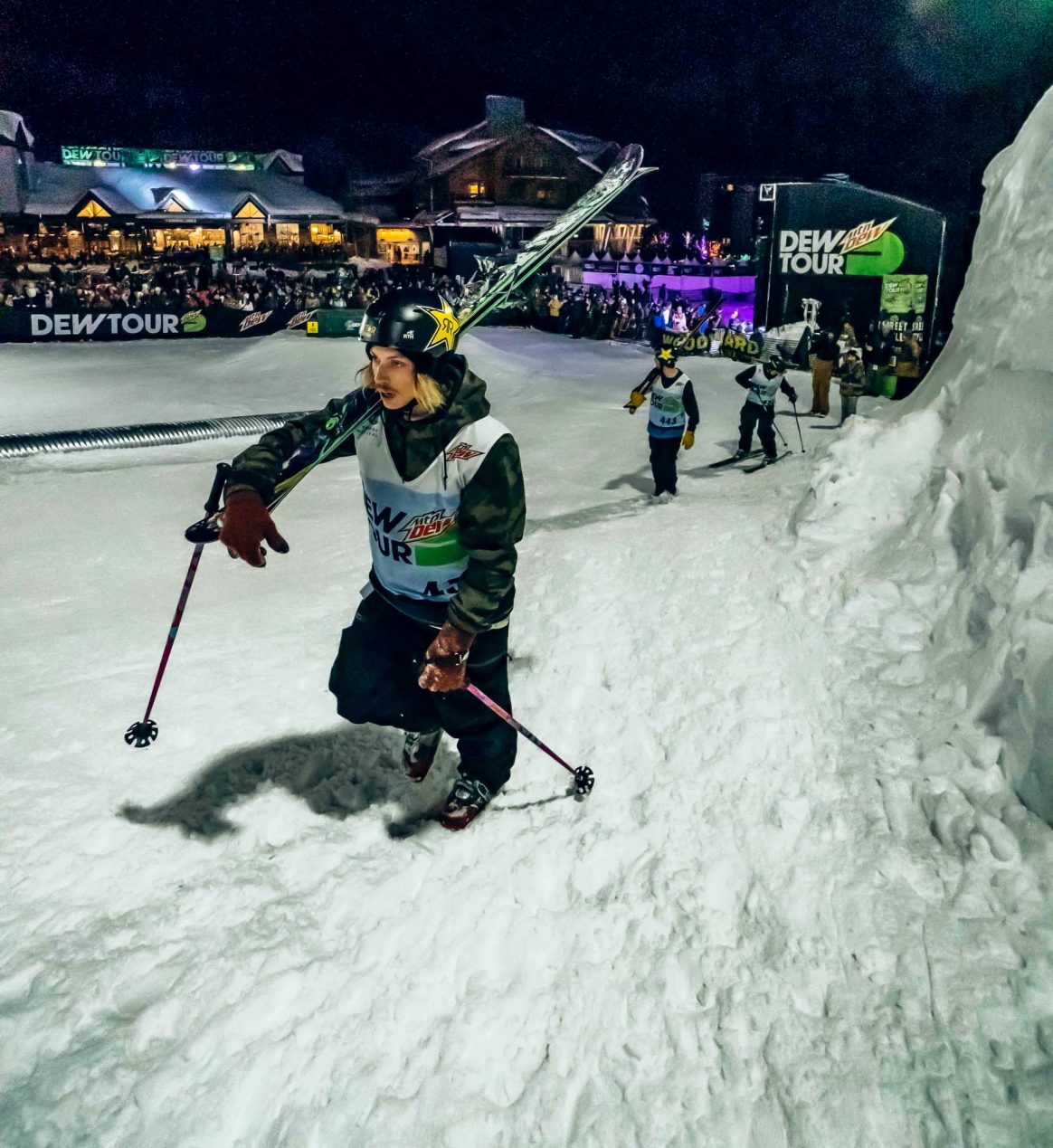 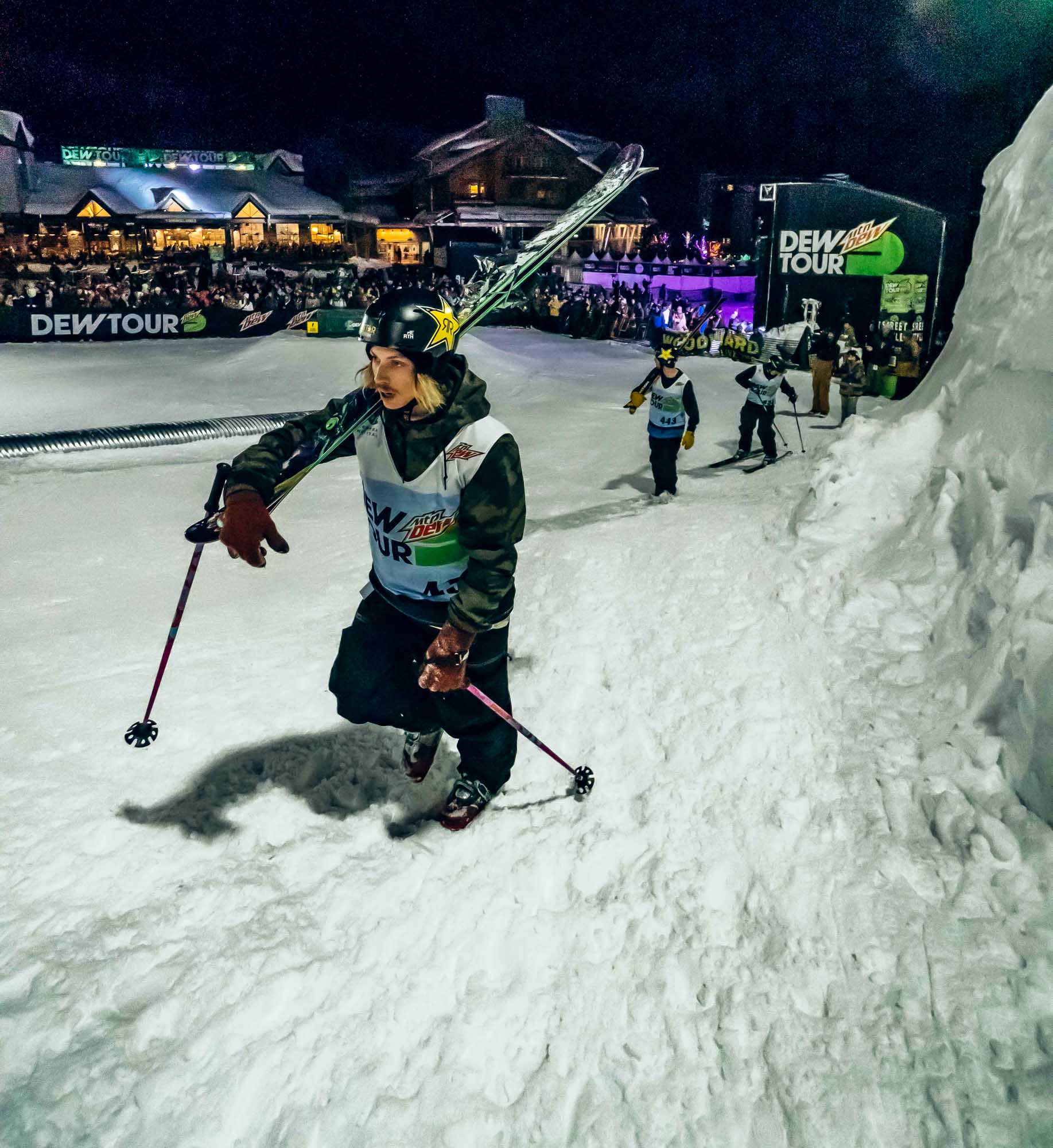 Alex Bellemare on the hike. 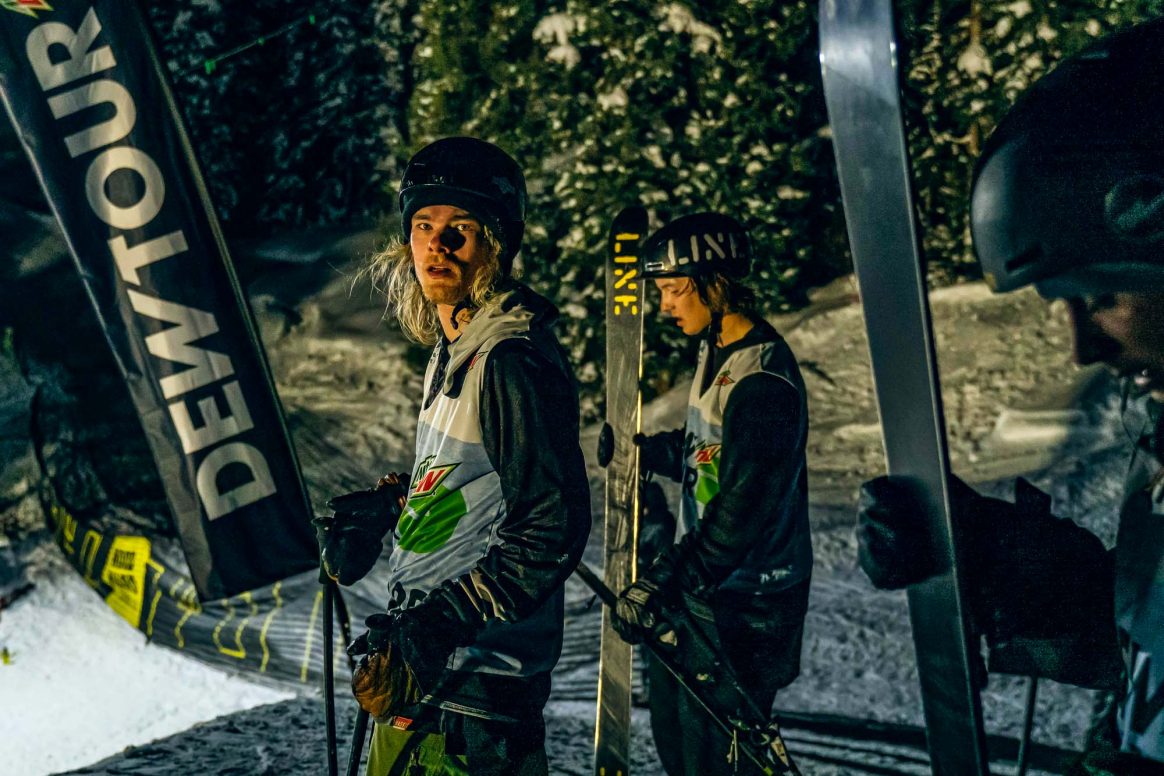 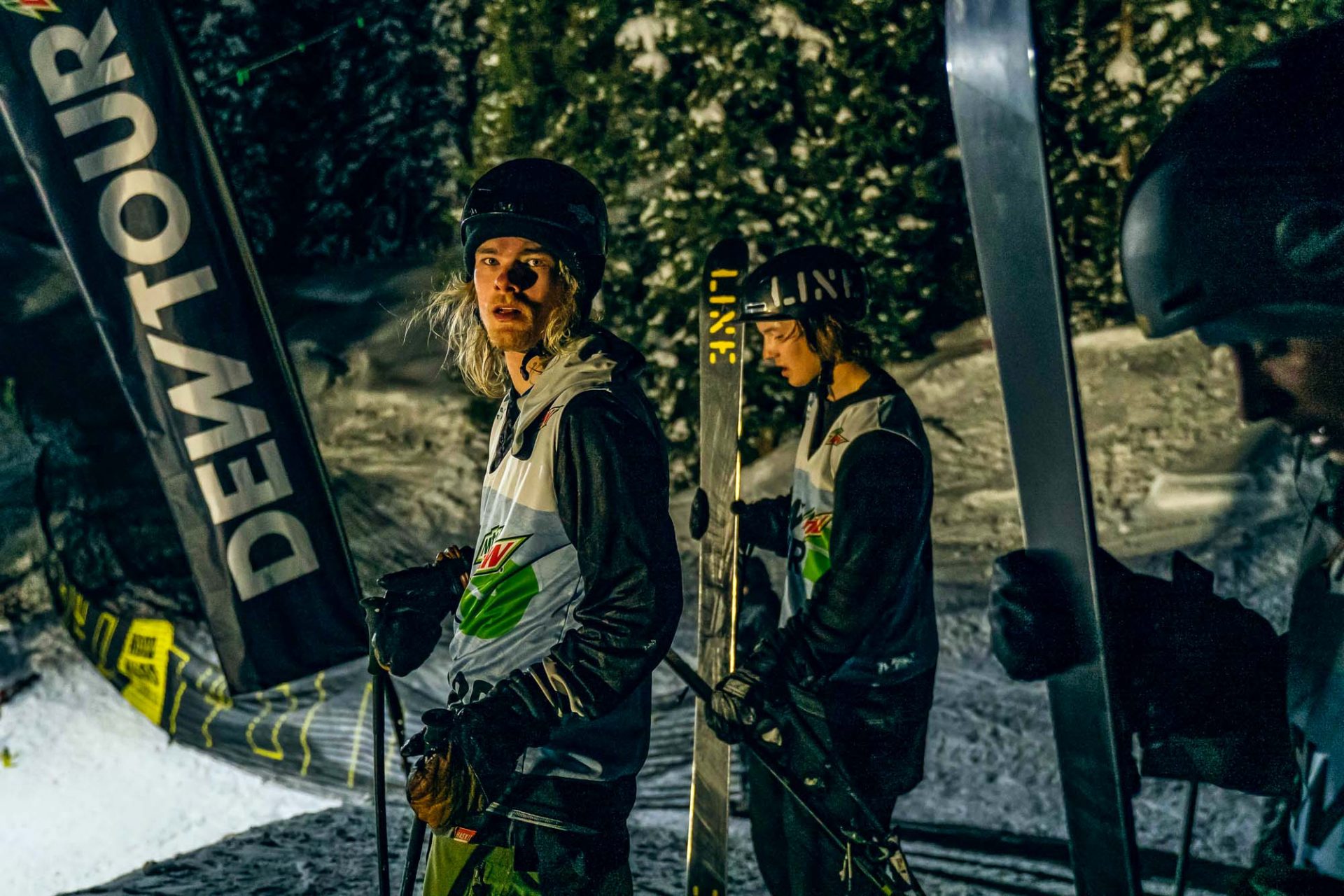 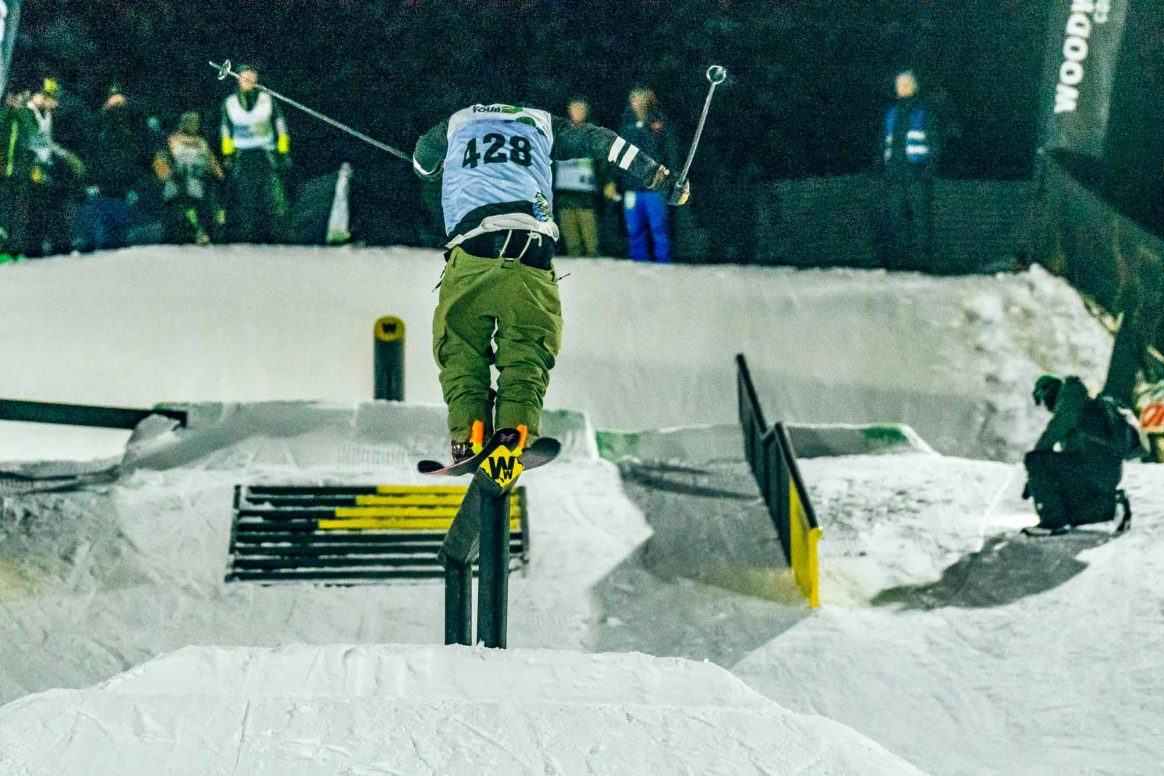 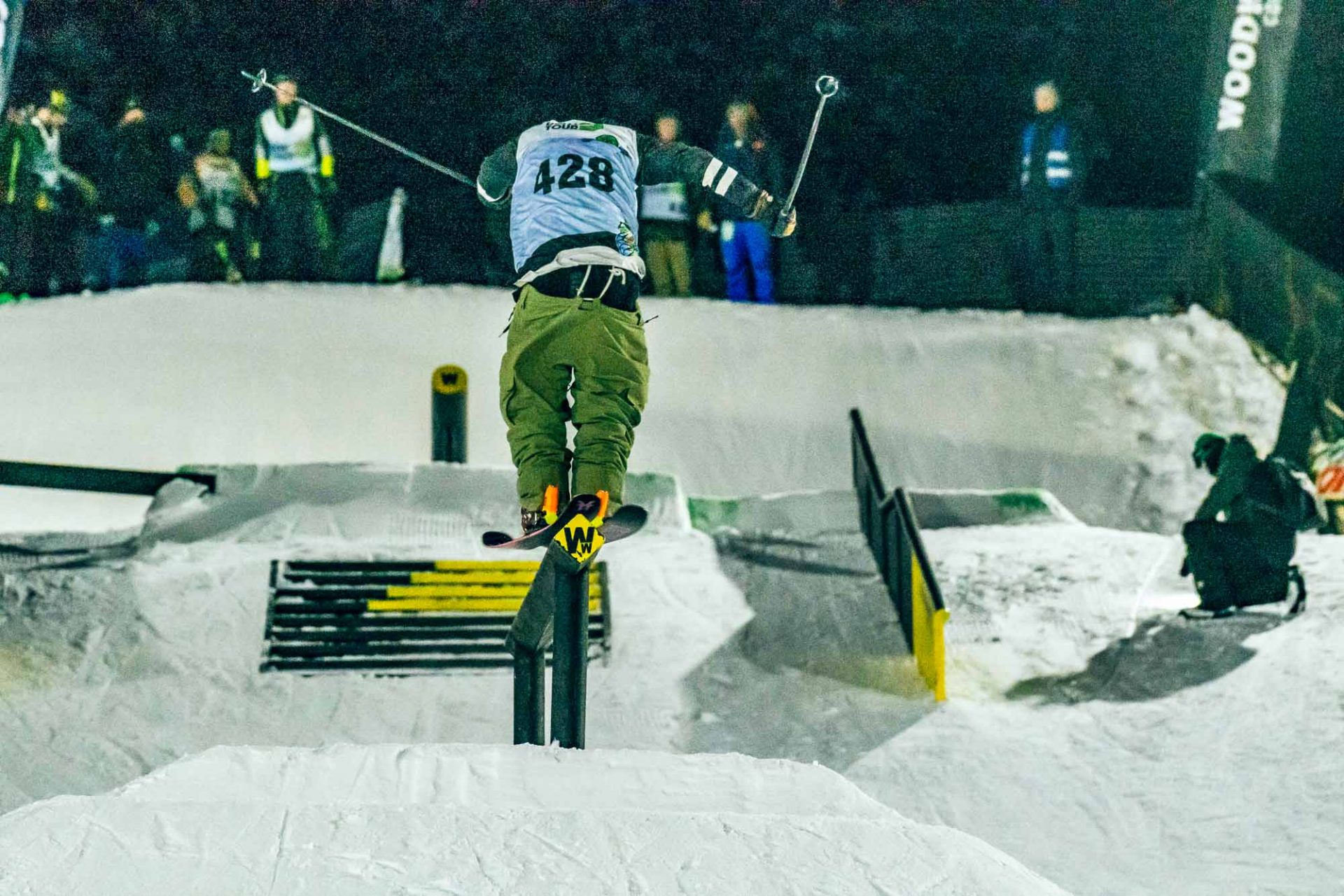 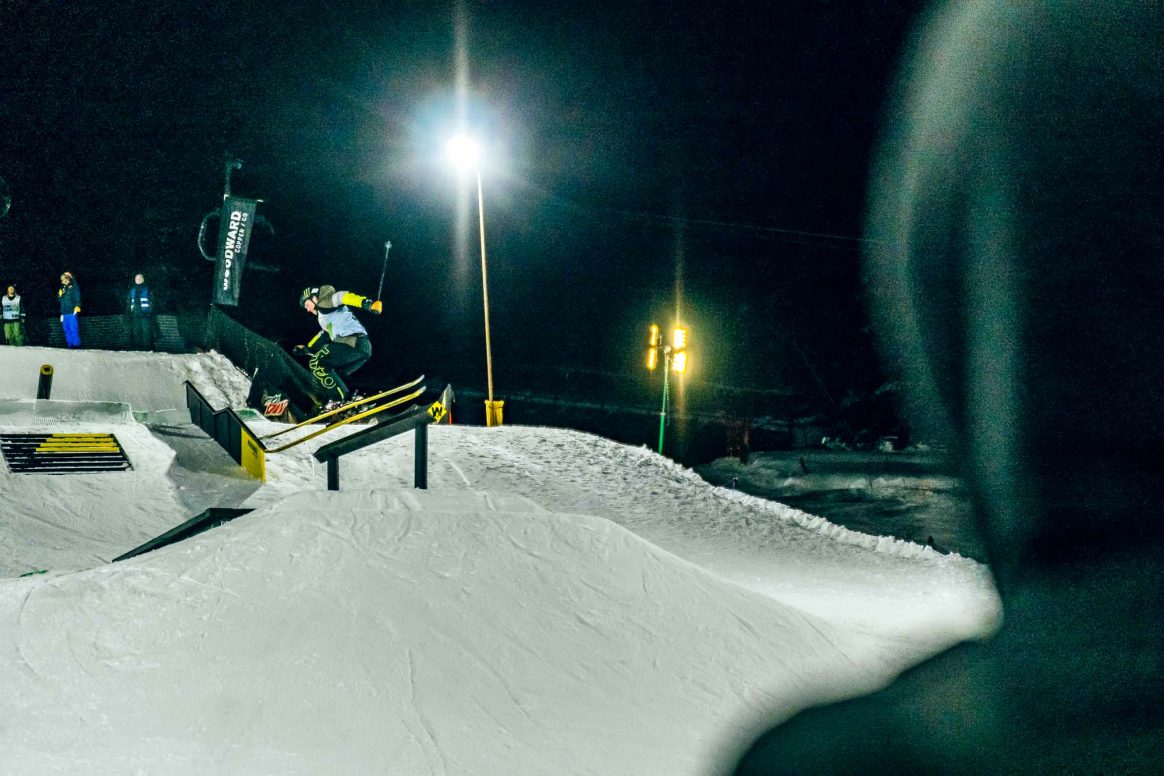 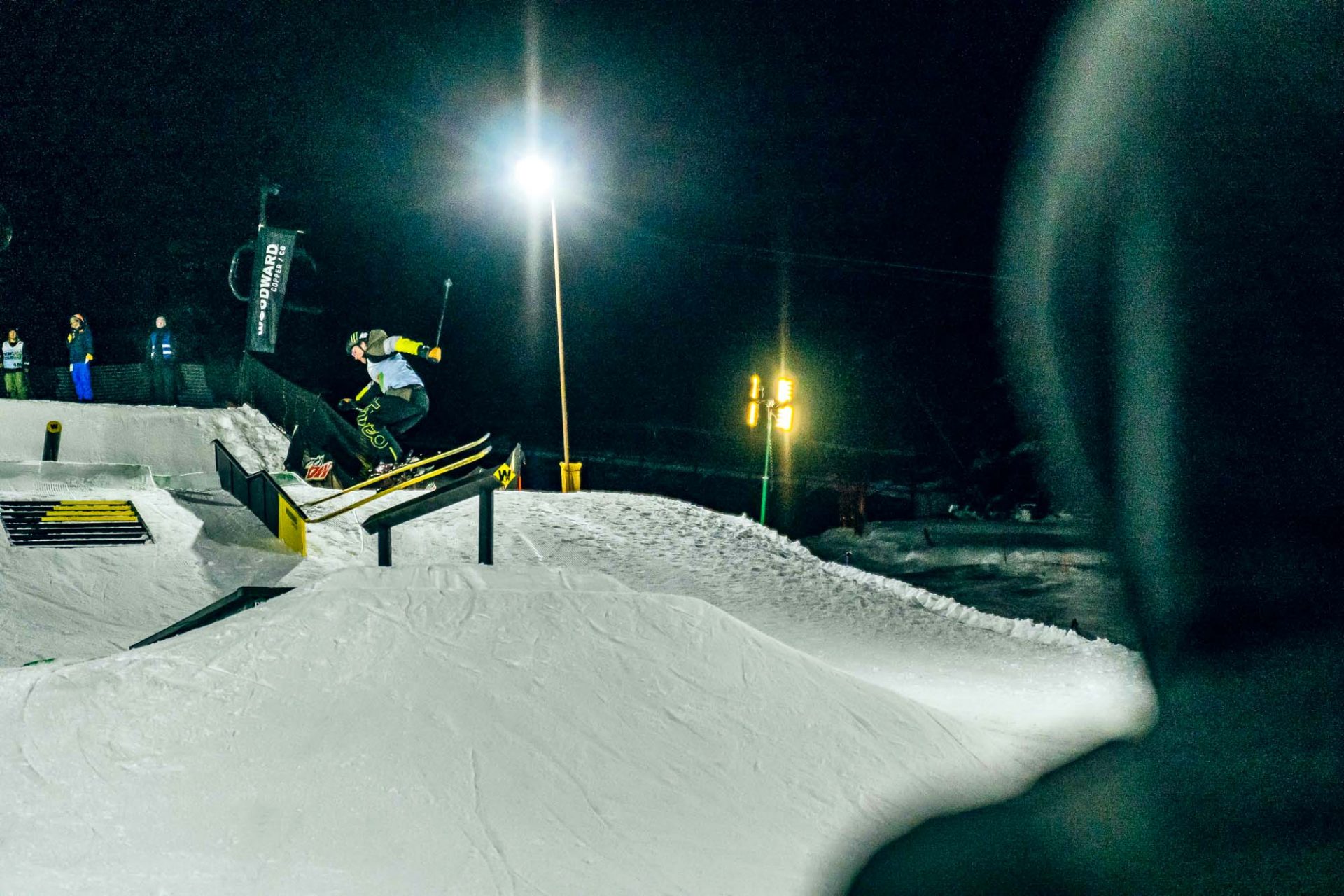 When Colby doesn't even make the podium, you know some nasty tricks went down.

As the contest came to an end, Tucker Fitzsimmons was sitting in third. Fresh off of his podium finish at Tom Wallisch’s Steel City Throwdown last month, Tucker wanted to show everybody that he had what it took to get back on the podium, and he did just that, sprinting up the mountain to get in as many laps as possible and landing big tricks like a 360 swap to pretzel on the transfer rail. Dew Tour rookie Siver Voll impressed the judges enough to take home the second-place spot with variations such as a switch-on to front swap to blind 630 out, and 270 on, front 360 swap 270 out. 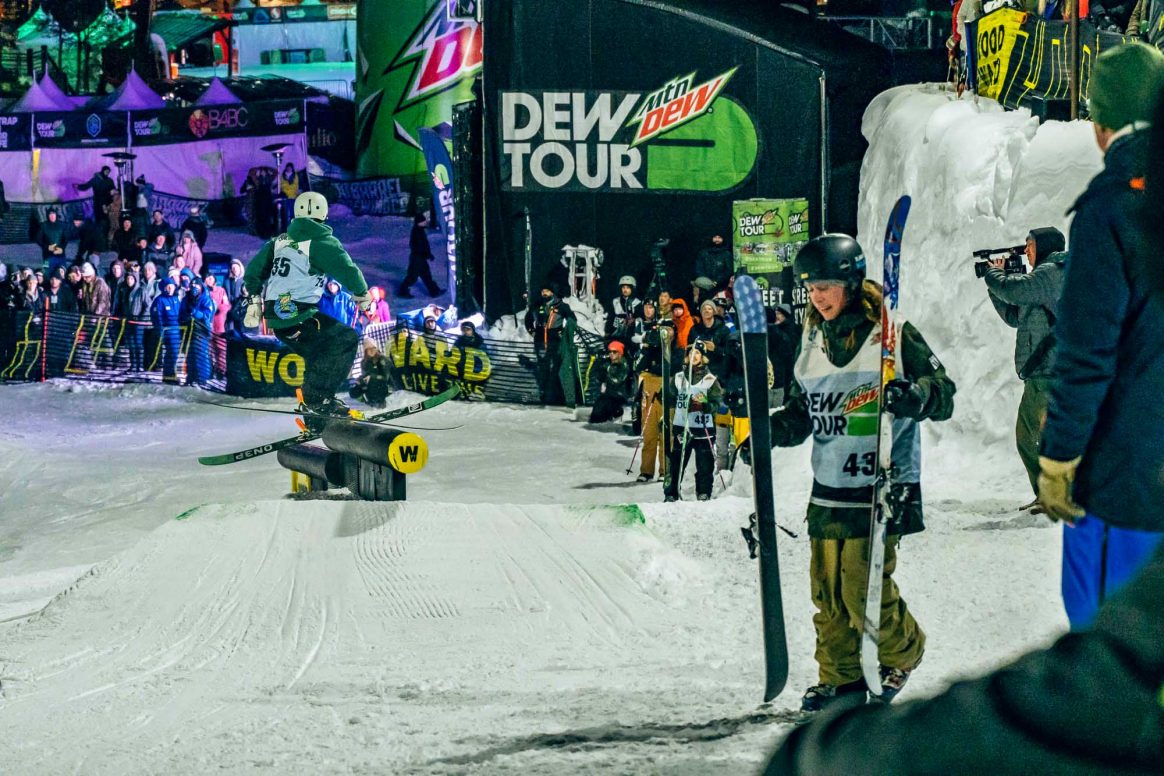 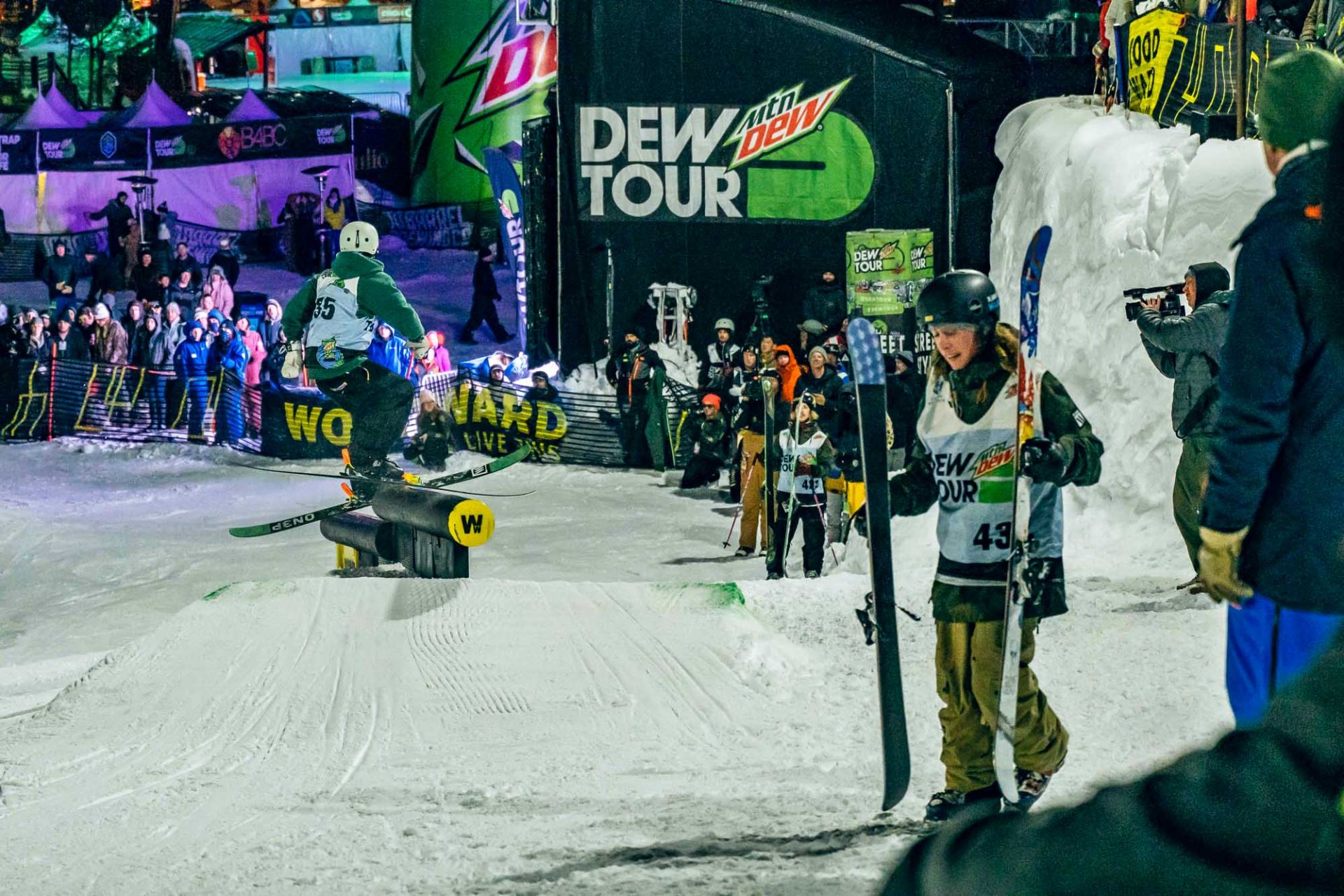 Siver Voll's been on the slay lately. 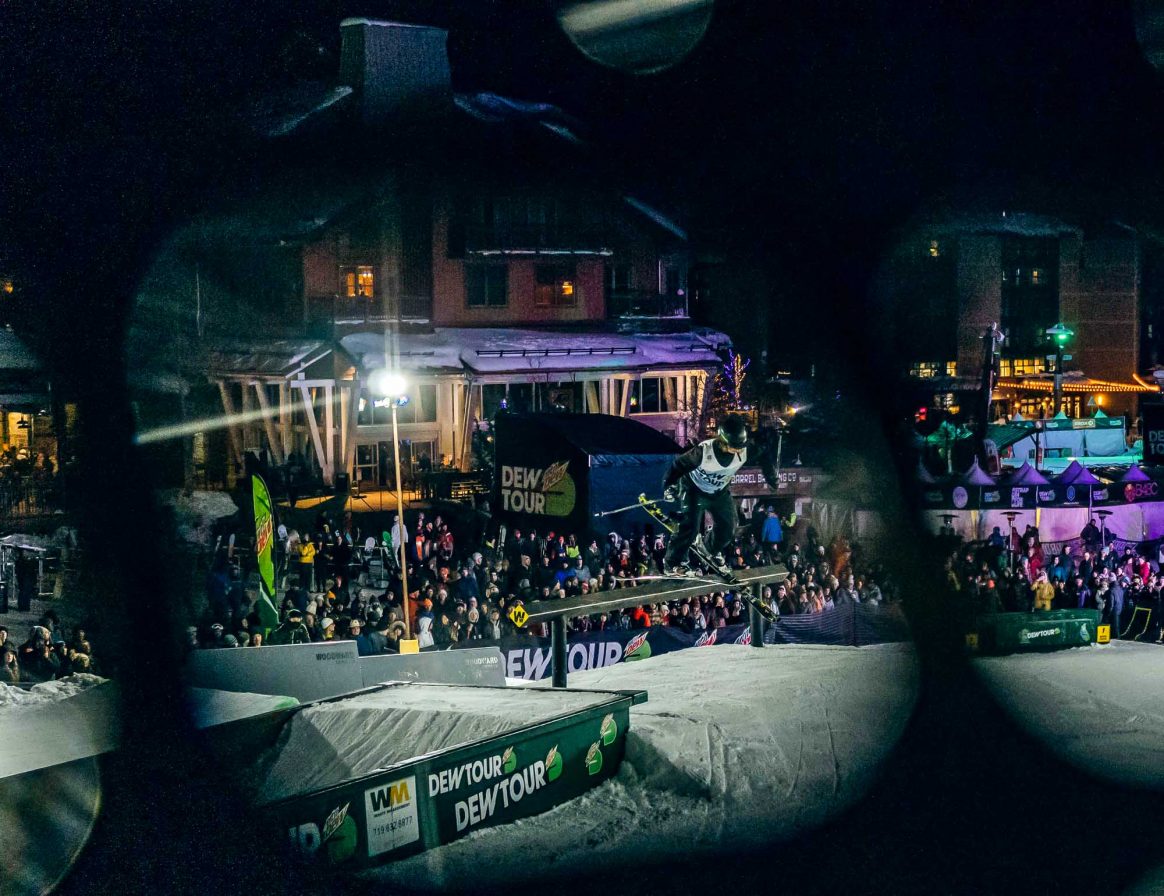 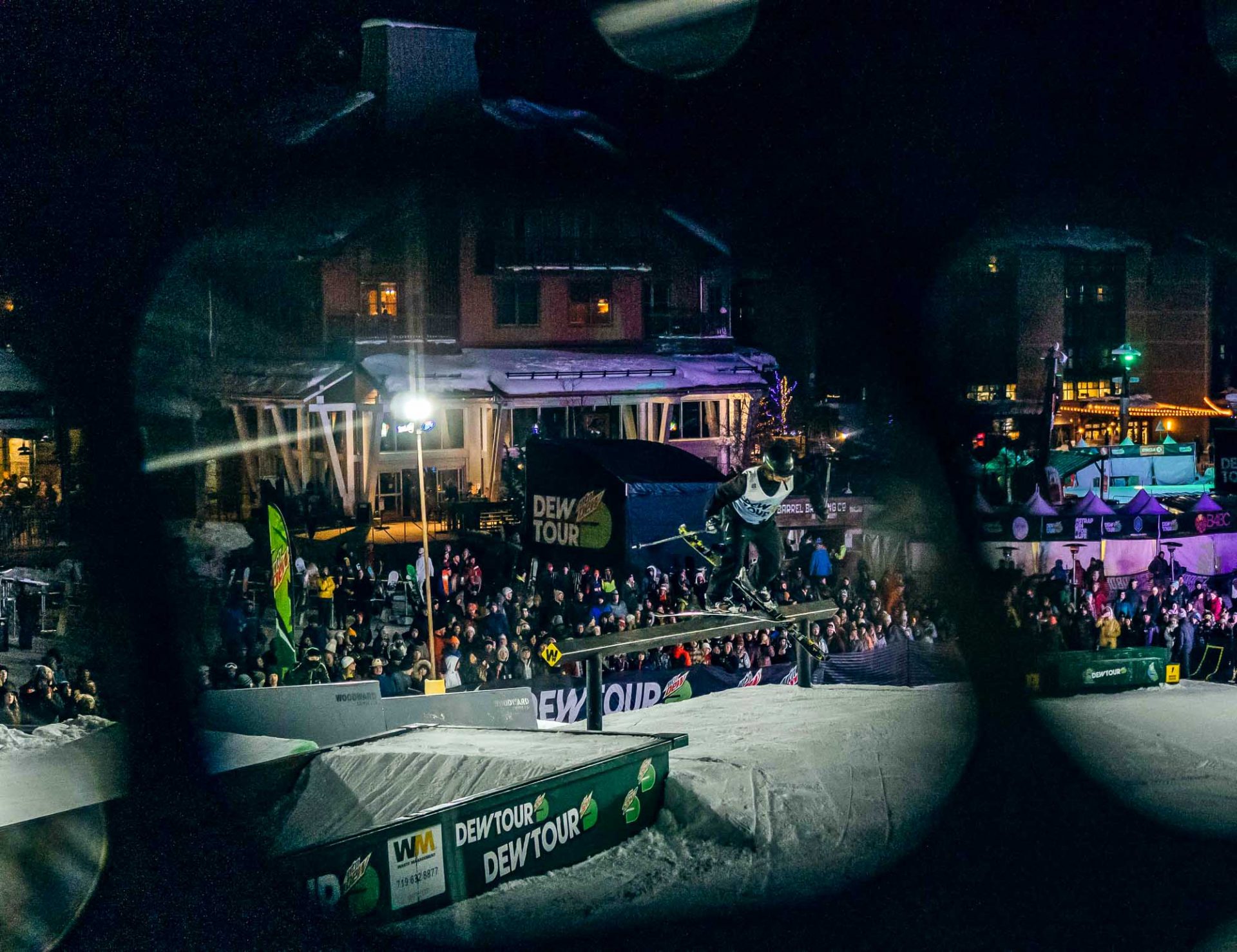 Tucker Fitzsimmons backs up his Steel City Showdown podium with another fine showing.

While there was plenty of solid skiing tonight, the top spot went to returning champion Alex Hall. With this victory, Alex has now gone three for three in podiums for the second Dew Tour in a row. He was able to do this by effectively tricking consistently throughout the entire course, along with throwing big tricks such as a 450 on to back 630 off the elevated rail. It was a well-deserved podium finish from Alex, and a great show from Siver and Tucker as day three of the Dew Tour came to a close. 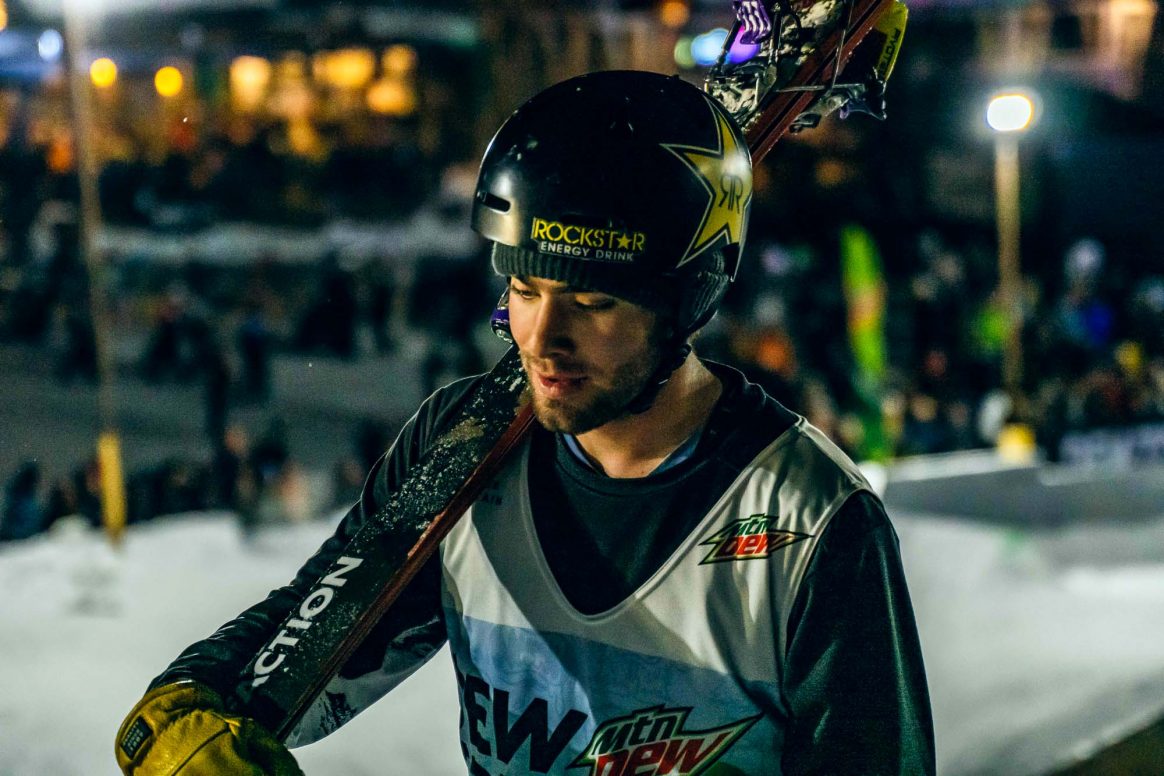 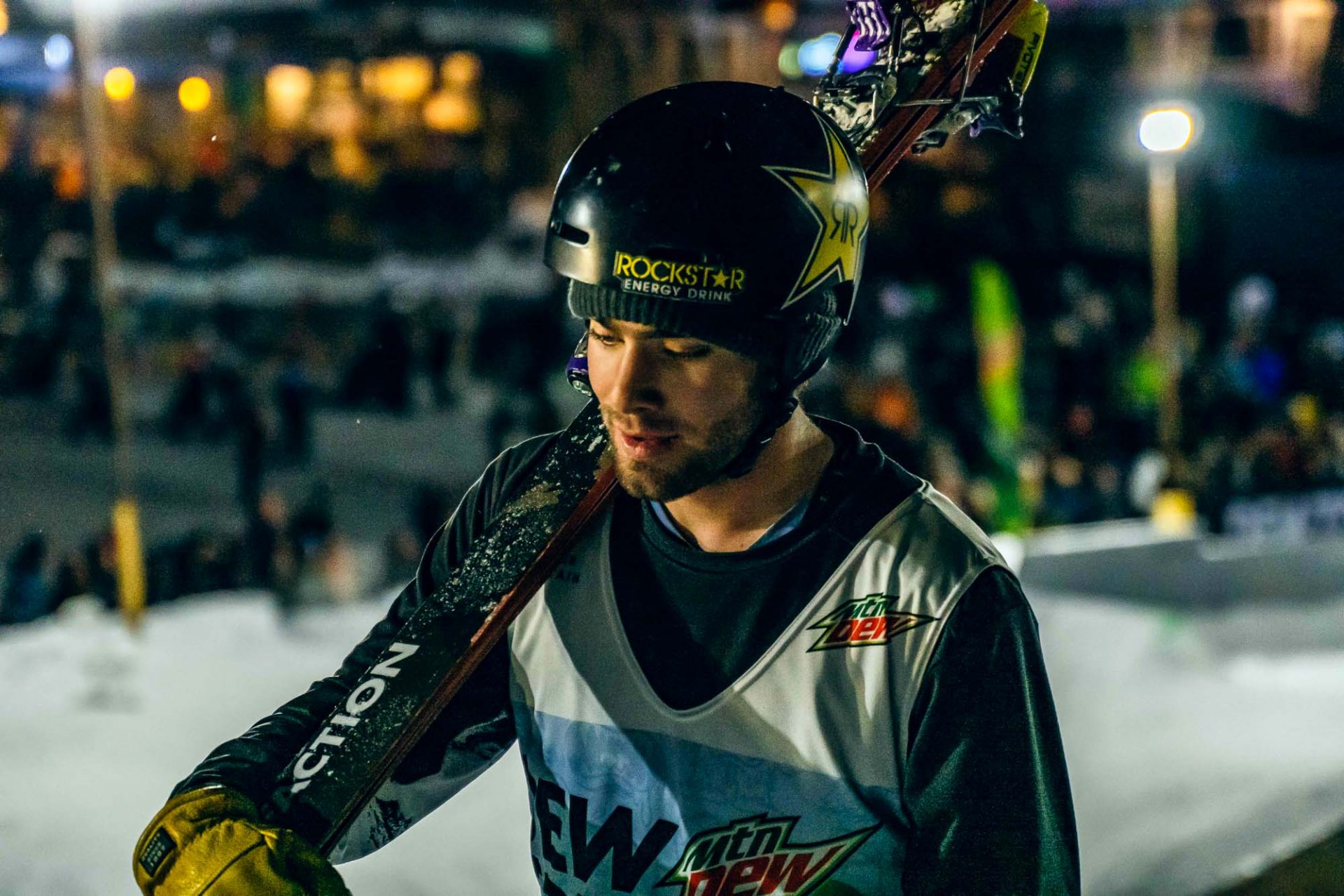 A-Hall: he may have come from outer space. 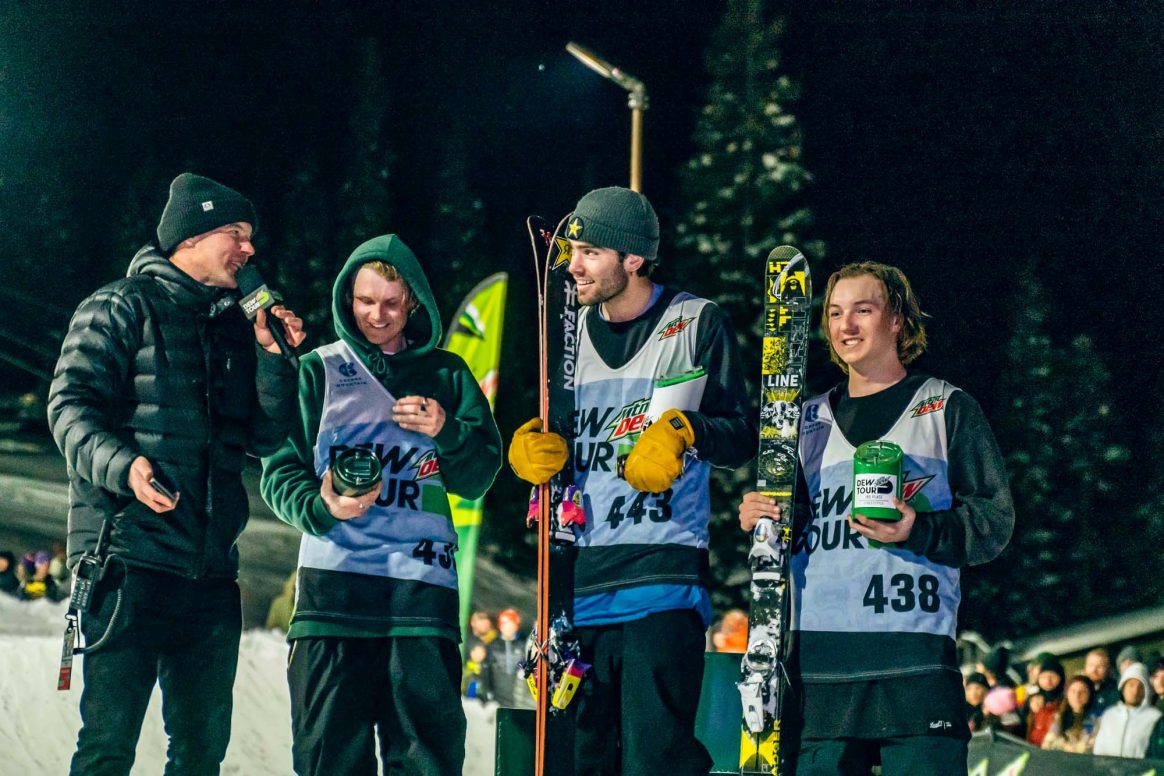 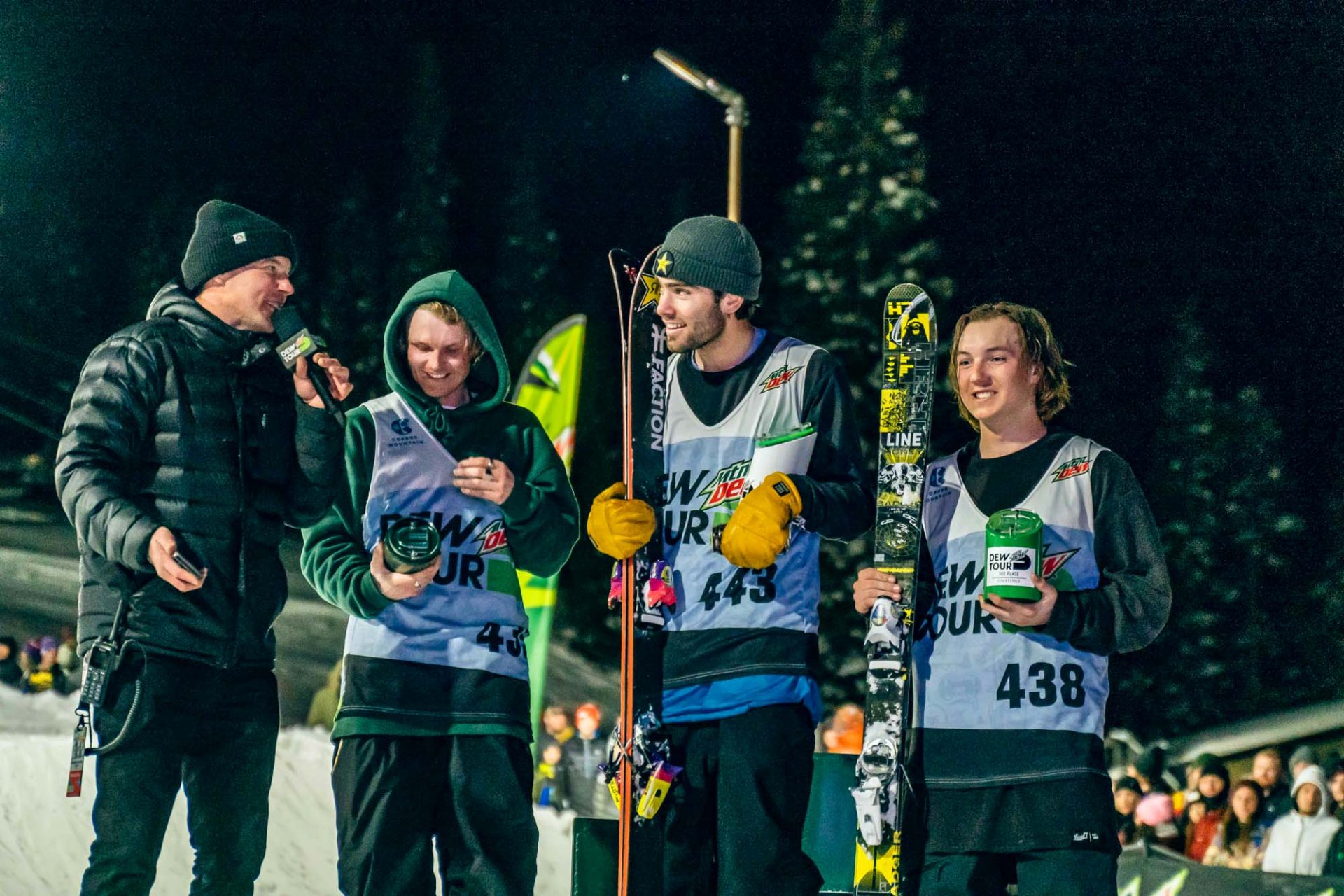 Armada Launches “Joint Efforts” with a heater from Kimbo Sessions

Armada Launches “Joint Efforts” with a heater from Kimbo Sessions