For the second time in two years, unidentified vandals have cut the cable on British Columbia’s Sea-to-Sky gondola.

Located near Squamish, a town along the Sea-to-Sky Highway between Vancouver and Whistler, the Sea-to-Sky gondola is a popular tourist destination. The lift transports over 400,000 visitors annually to a height of 886 meters for spectacular views of Howe Sound and the surrounding area. Though its main business is sightseers, the gondola is also popular with bikers, hikers, and ski touring groups in the wintertime. 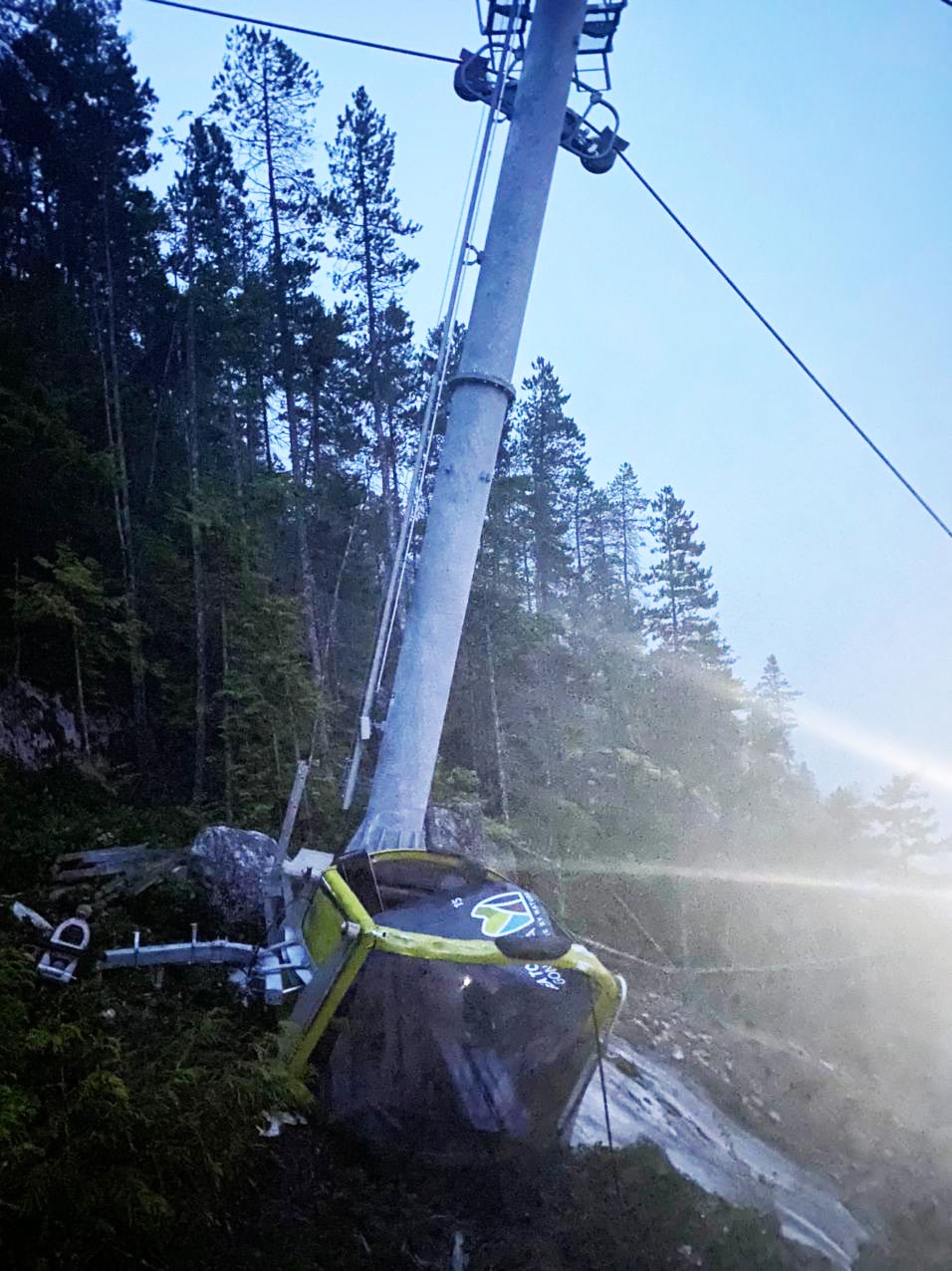 Over 30 unoccupied gondolas went down with the cable. Photo: RCMP Squamish

At around 4:00am local time on September 15, the cable of the Sea-to-Sky, as well as at least 30 unoccupied gondola cars that were attached, came crashing to the ground after unidentified assailants severed the cable. According to general manager Kirby Brown, a surveillance video exists of the vandal or vandals. Canada’s Royal Canadian Mounted Police briefly shut down the highway while searching for suspects. 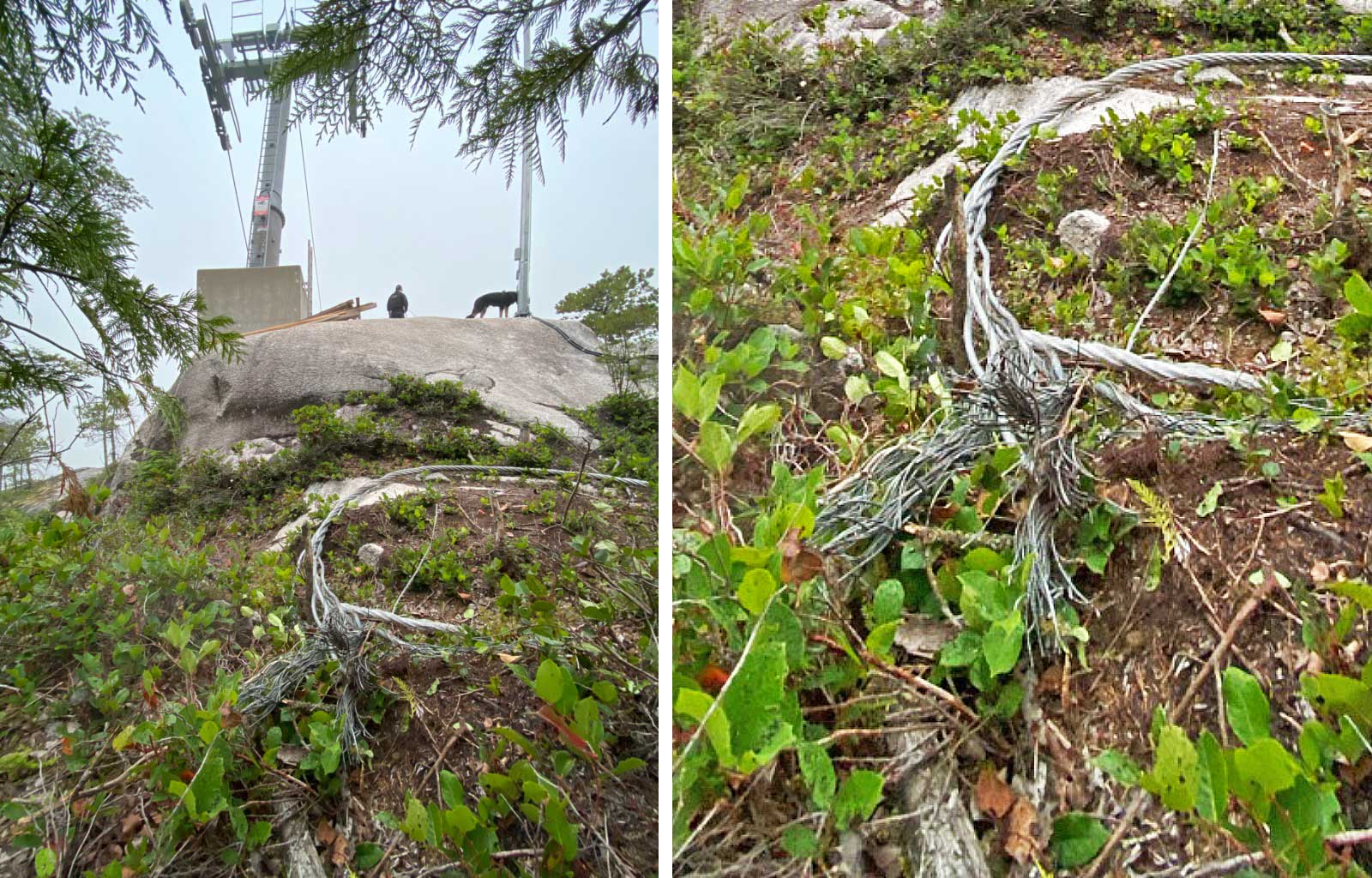 This is a repeat of last year’s cable-severing incident on the Sea-to-Sky. On August 19, 2019 the same attack occurred, causing an estimated $5-10 million CAD in damage. As of yet, there’s no indication who’s been sabotaging the gondola, or why.