X Games Ski Big Air eliminations just went off in Hafjell, Norway and it truly was a event for the newcomers to shine. Coming out the gate swinging Jackson Wells dropped a huge switch triple to show the world he is definitely here to stay. Following things up with a forward triple 1440 and 1620 plus a sick 360 over tweak stalegrab, Jackson took the top honors in todays competition.

Eirik Saeteroy was holding things down for Norway with a humongous triple 1440 stomping the landing like nobody else. Moreover, he dropped a switch 12 pre-nose grab, which was even kinda wobbled, cementing himself in 2nd place on the leaderboard.

Coming in 3rd place, was just yet another Norwegian. The youngest competitor in the filed Birk Ruud dropped one of the sickest switch double misty 1080’s I have ever seen. Additionally he put down a sick triple 1080 as well. 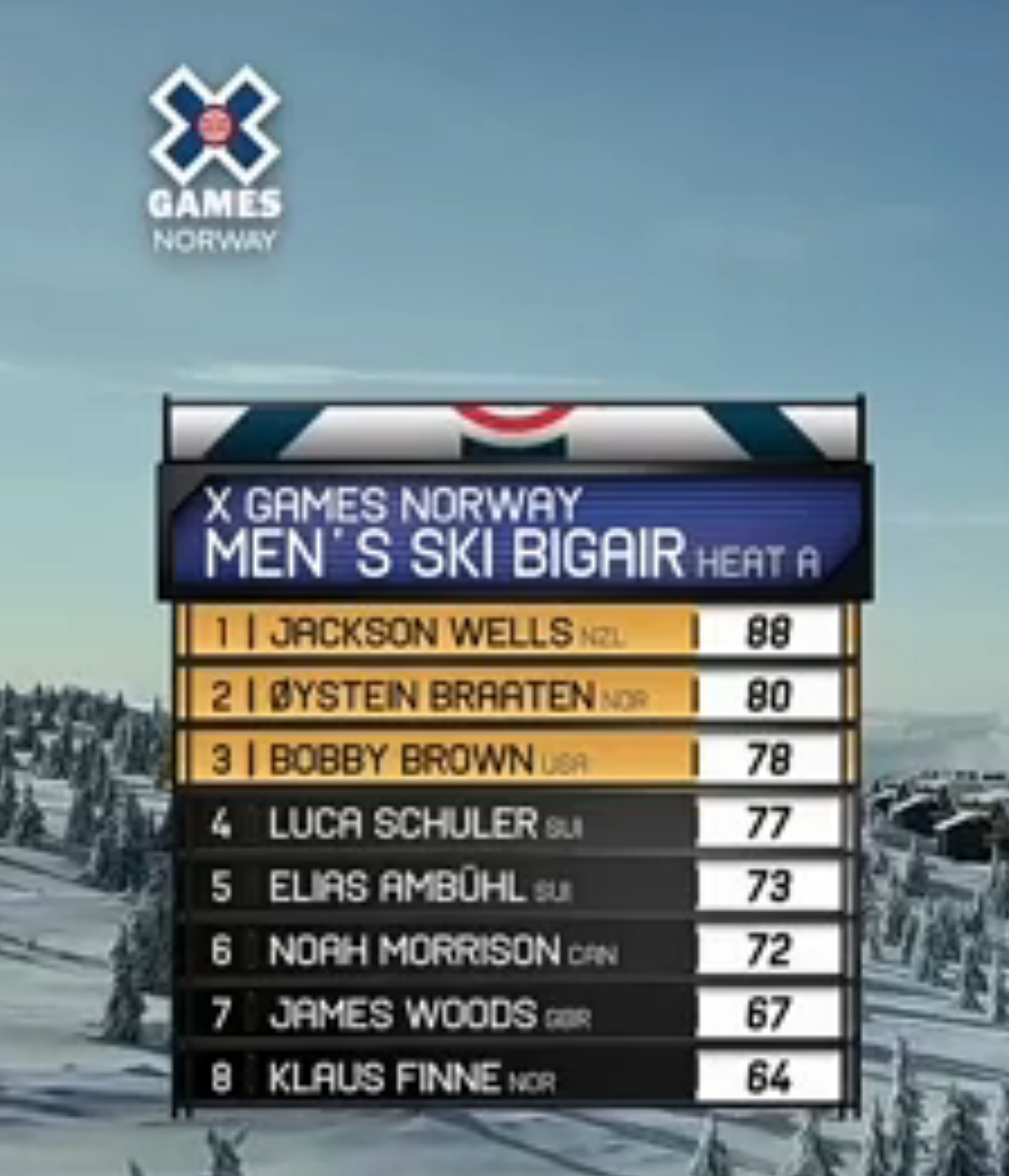 Andri Ragettli ended up in 4th place after leading heat B for the most time. With a huge triple 1620 and a solid switch double misty 12 blunt, Andri proved once again he is a force to recon with in the Big Air circuit.

Felix Usterud put together 2 solid scores after struggling in the beginning of his heat and secured yet another place in the final for the Norwegian ski force. With a clean switch double cork 12 blunt and a triple cork 1620 mute he took 5th place. 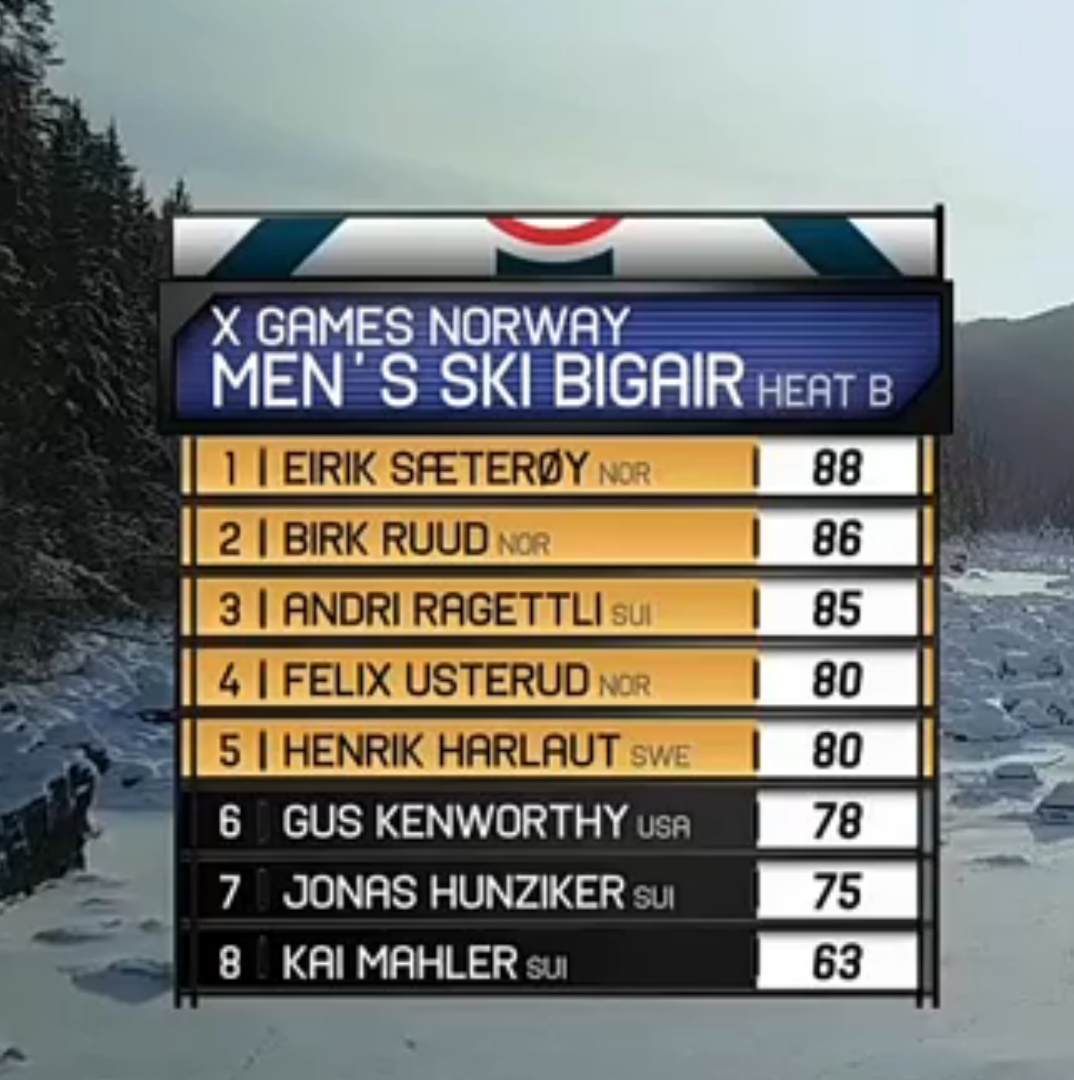 Henrik Harlaut make his way into Big Air finals after missing out on the cut in slopestyle on Wednesday. Laying down one of the sickest double rodeo 12 and a crazy switch double cork 10 shifty he left no questions why he belongs into the finals. On his last hit, Henrik tried a rodeo 180, which he unfortunately could’t out together, so hopefully we gonna se that in the finals.

Ending in 7th place was yesterdays slopestyle champion Oystein Braaten, who completed the field of qualified Norwegians with a sick switch double cork 1440 leading tail and a triple cork 1440.

Last but not least, Bobby Brown made the cut into finals on his very last attempt. Bobby had quite the trouble putting together his notorious switch double misty 12 after stomping a huge triple cork 1440 first try. 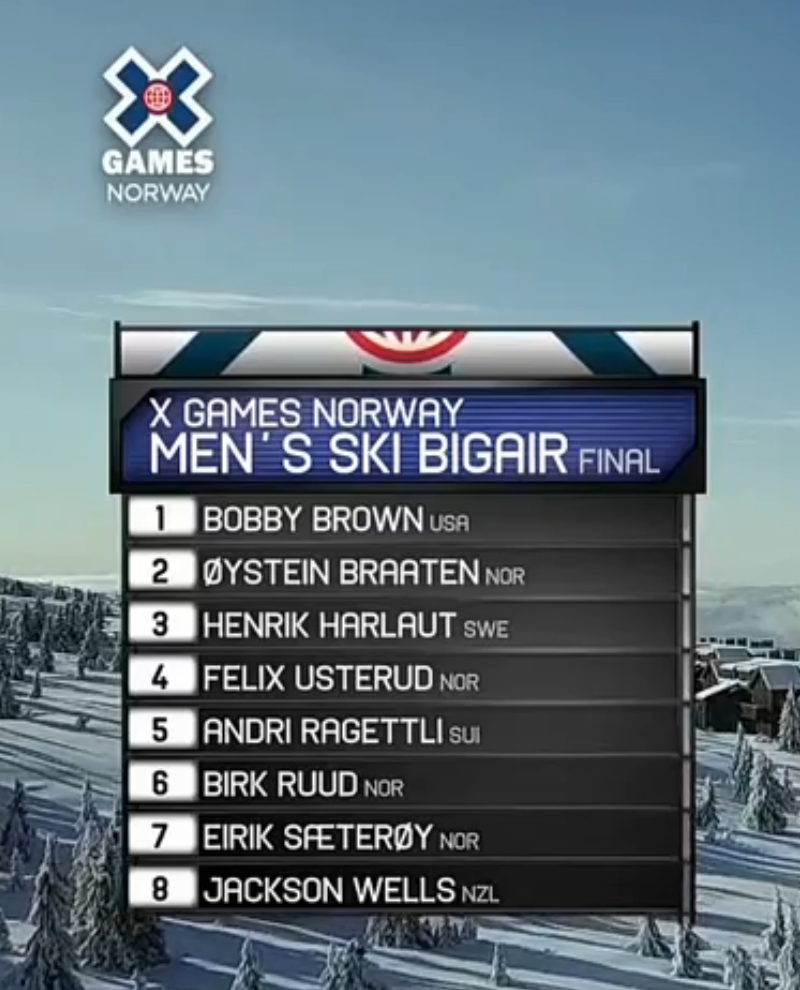 X Games Norway will continue tomorrow night with Woman’s ski big air finals at 6pm and Men’s ski big air at 8pm as the last event, to conclude the action loaded week in the land of the vikings.