The QParks Tour Final was calling – and the best tour riders this tour had to offer came to celebrate freestyle one last time this season. At the Game of Diamonds, an international field of shredders was celebrating the big finale of the QParks Tour and the first contest at the Snowpark Obergurgl at the same time. Who got the best score, stomped the best trick and won the overall ranking is written below. 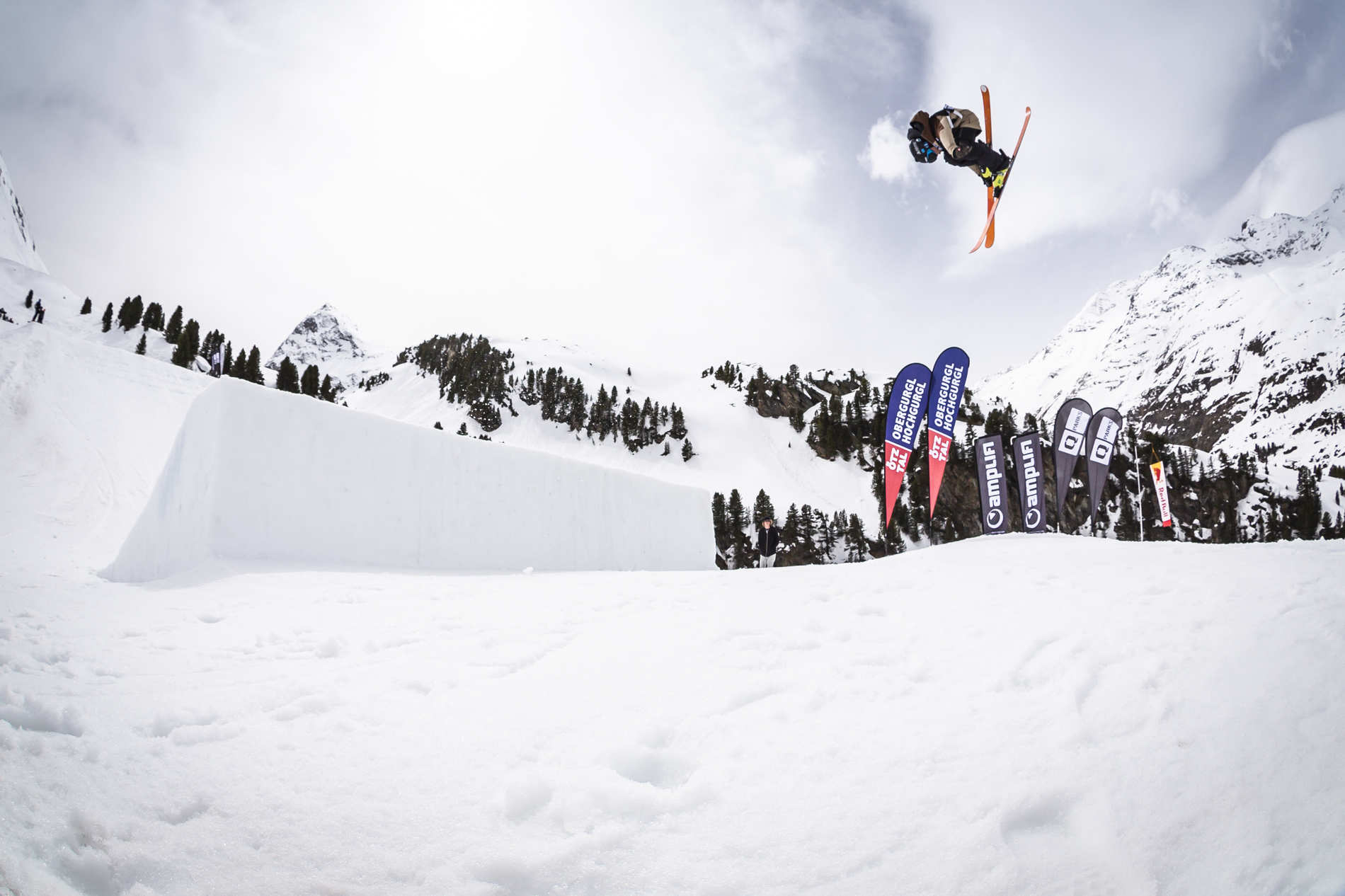 The QParks Tour owes a big thank you to the girls crew of the Snowpark Obergurgl. Without them, a contest would not have been possible: Just a few days before the Game of Diamonds went down, winter visited Obergurgl one more time and dumped loads of fresh pow in the park of the girls crew. But with some extra shifts and hours of shoveling, the girls were able to forge a fine contest line in the girls park. The setup featured four hits: A multi jib consisting of a tube, a down- and a double kink rail, a kicker with two takeoffs (10m/14m), followed by another kicker (12m) and a multi jib with a rainbow rail and a lollipop as the end section. The prizes at the Game of Diamonds were at least as massive as the setup: There was an overall prize money of about 7.000€ to win! And in addition to that, every winner got goodies by Planet Sports, Pinetime Clothing, Amplifi and QParks.

One young Austrian rider really outshined the others at the tour finals: Daniel Bacher! In the Groms category he won before Elias Wechner and Florian Pale. His run also helped him to finish second in the Freeski Men category. He was beaten by Micha Hilbert, who was surprised by his own victory. “I never thought I would win. The conditions were good in the afternoon and it just worked out for me!” Michael Bienz took the third place. Only on the ladies’ podium, he wasn’t seen. There, the 11years old Muriel Mohr was able to convince the judges. She won before Victoria Ressel and Greta Staudacher. Benedikt Reimeier won the Best Trick Award with a Nosetap 450 on the Lollipop.

Daniel Bacher dominated the Overall list of the freeskiers too. He won in the category Grom Men and was the best in the category Freeski Men as well. The Ladies category was led by Muriel Mohr. 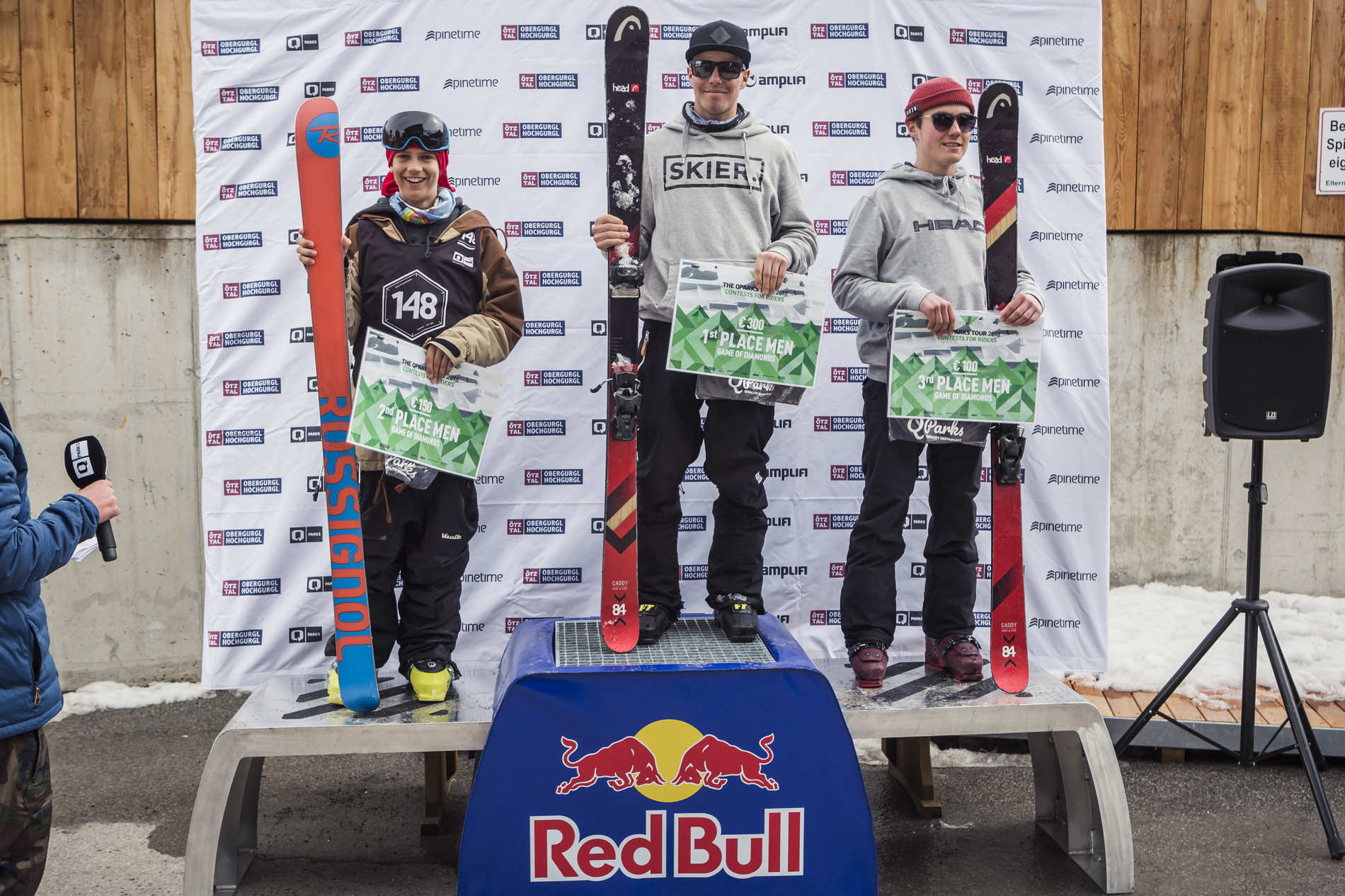 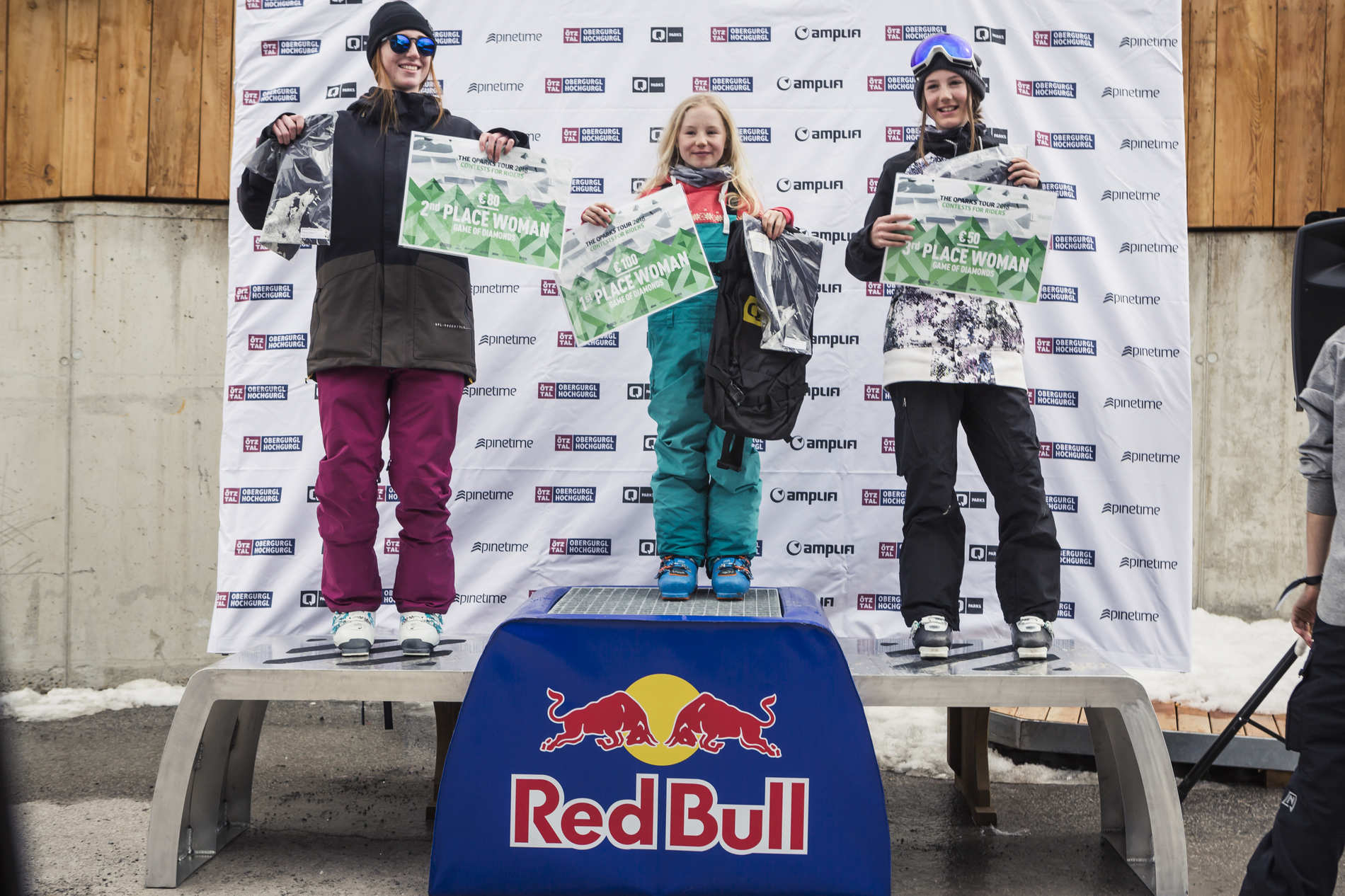 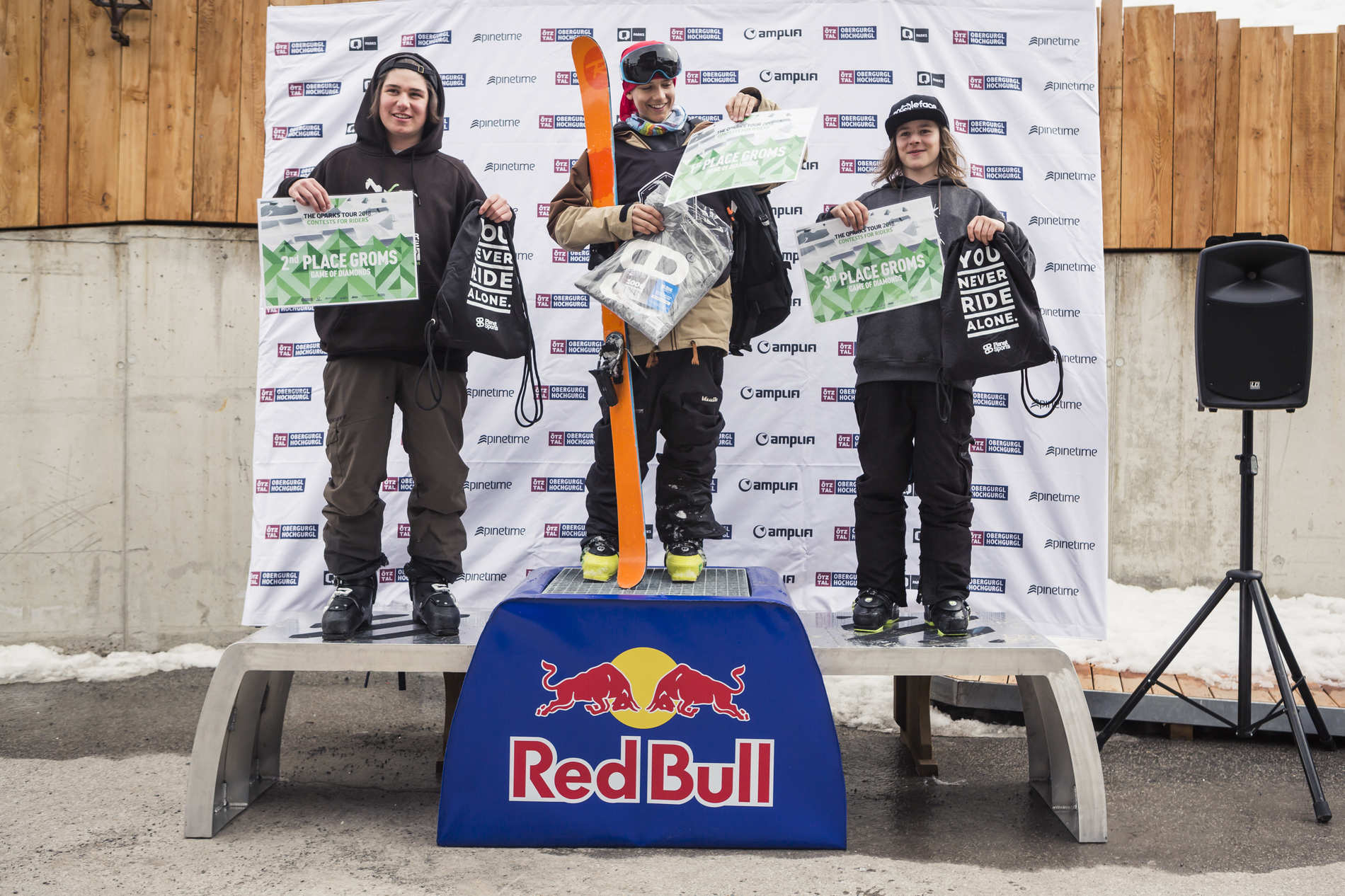 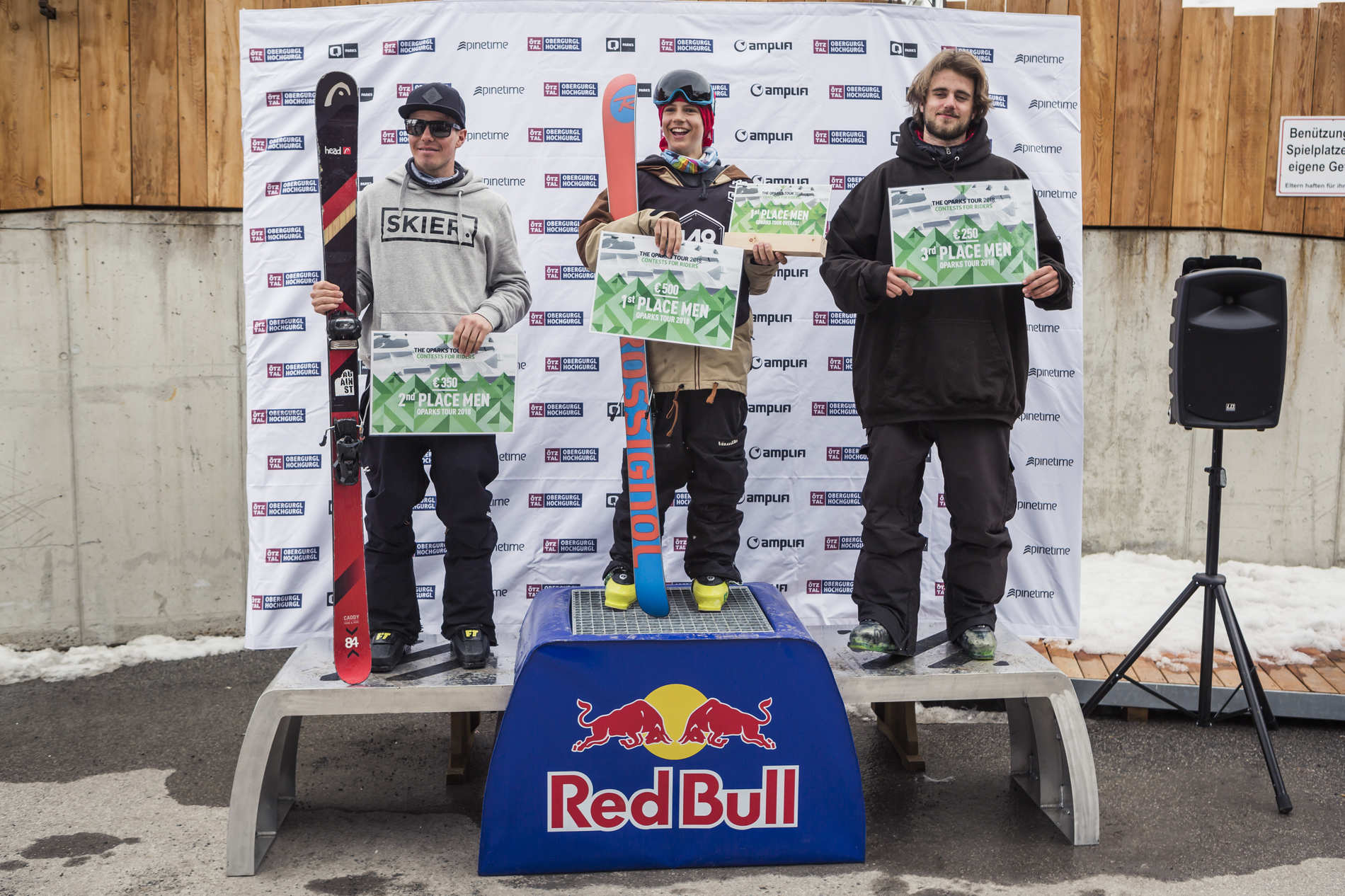 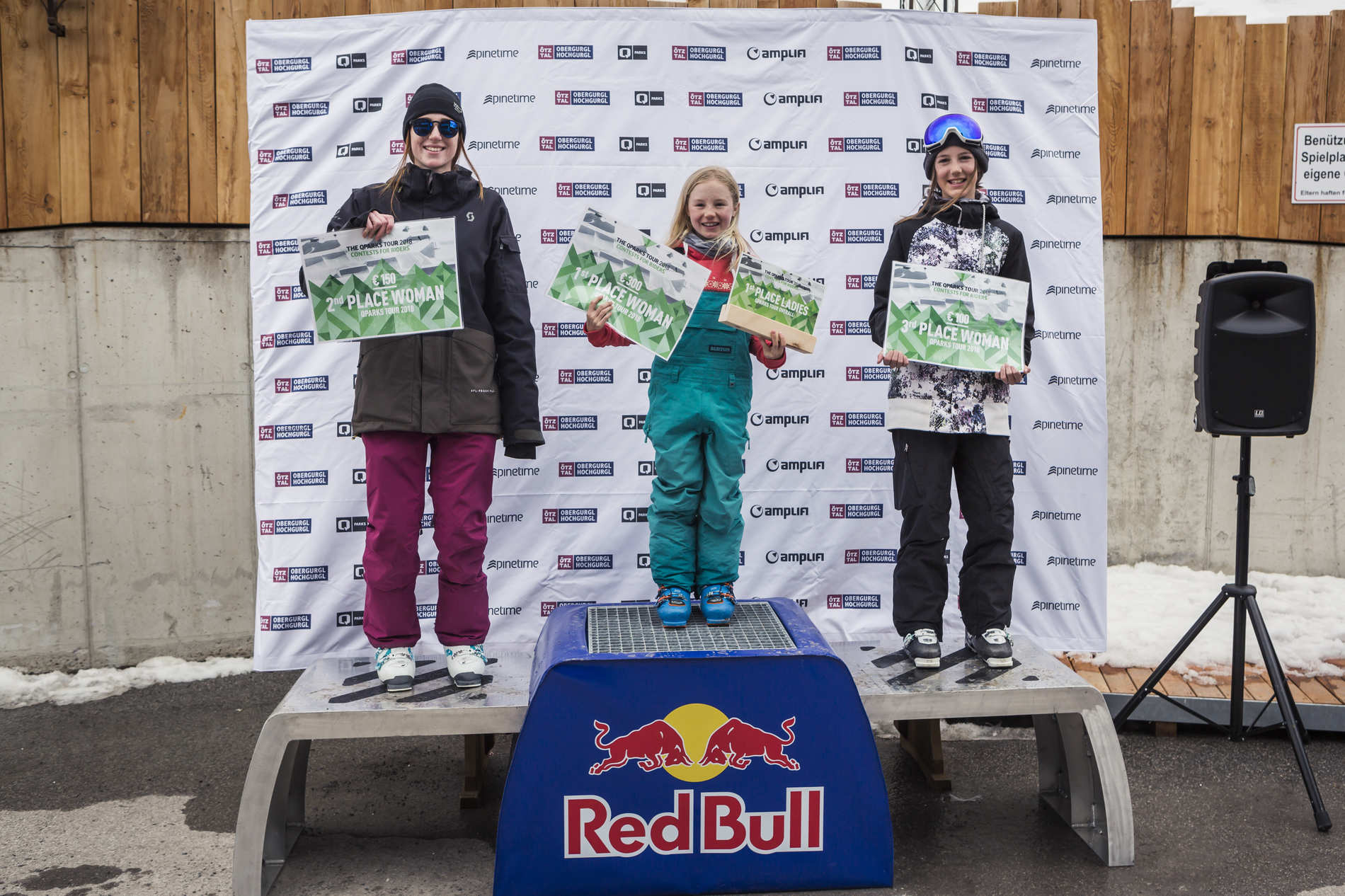 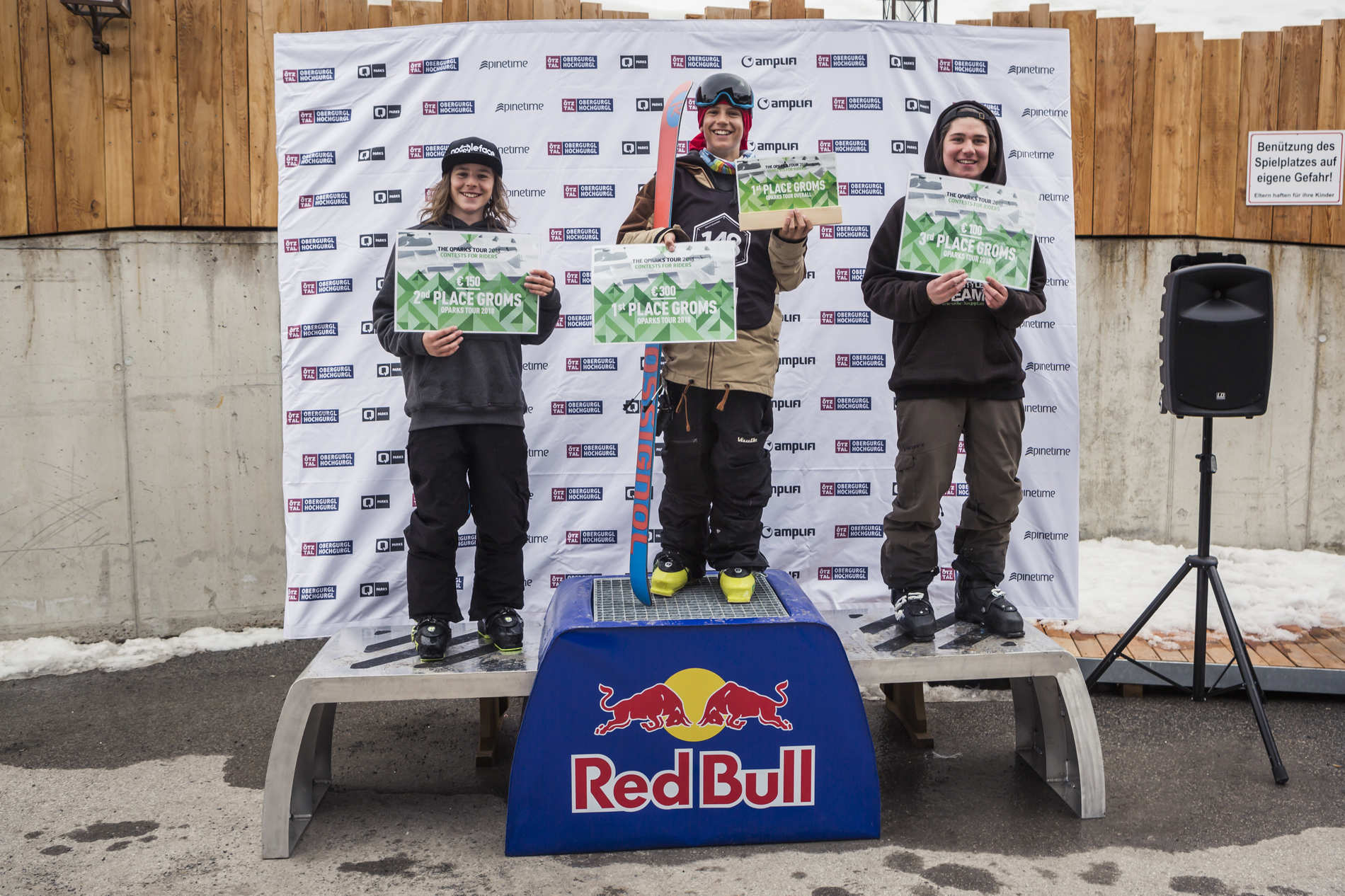 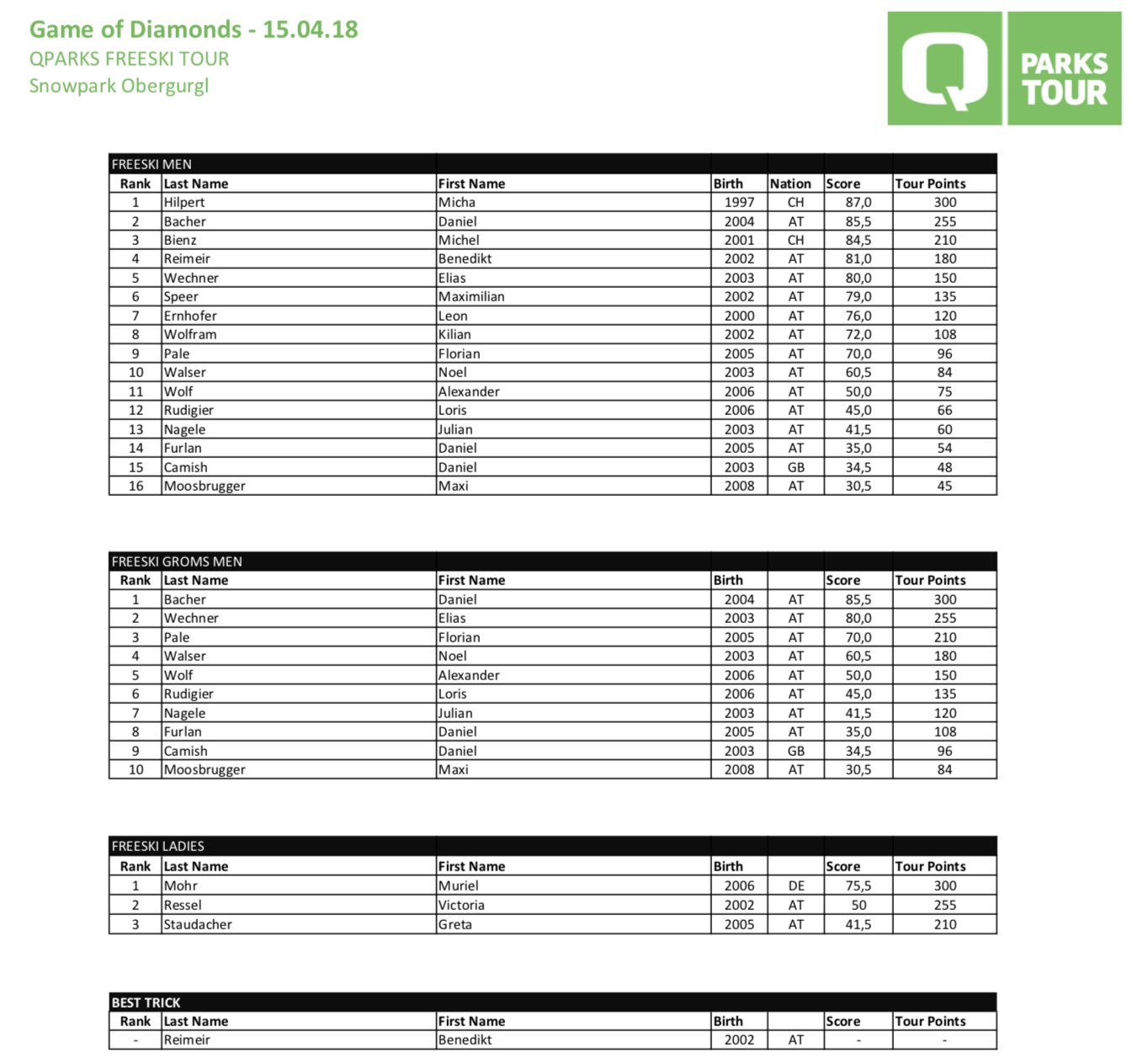 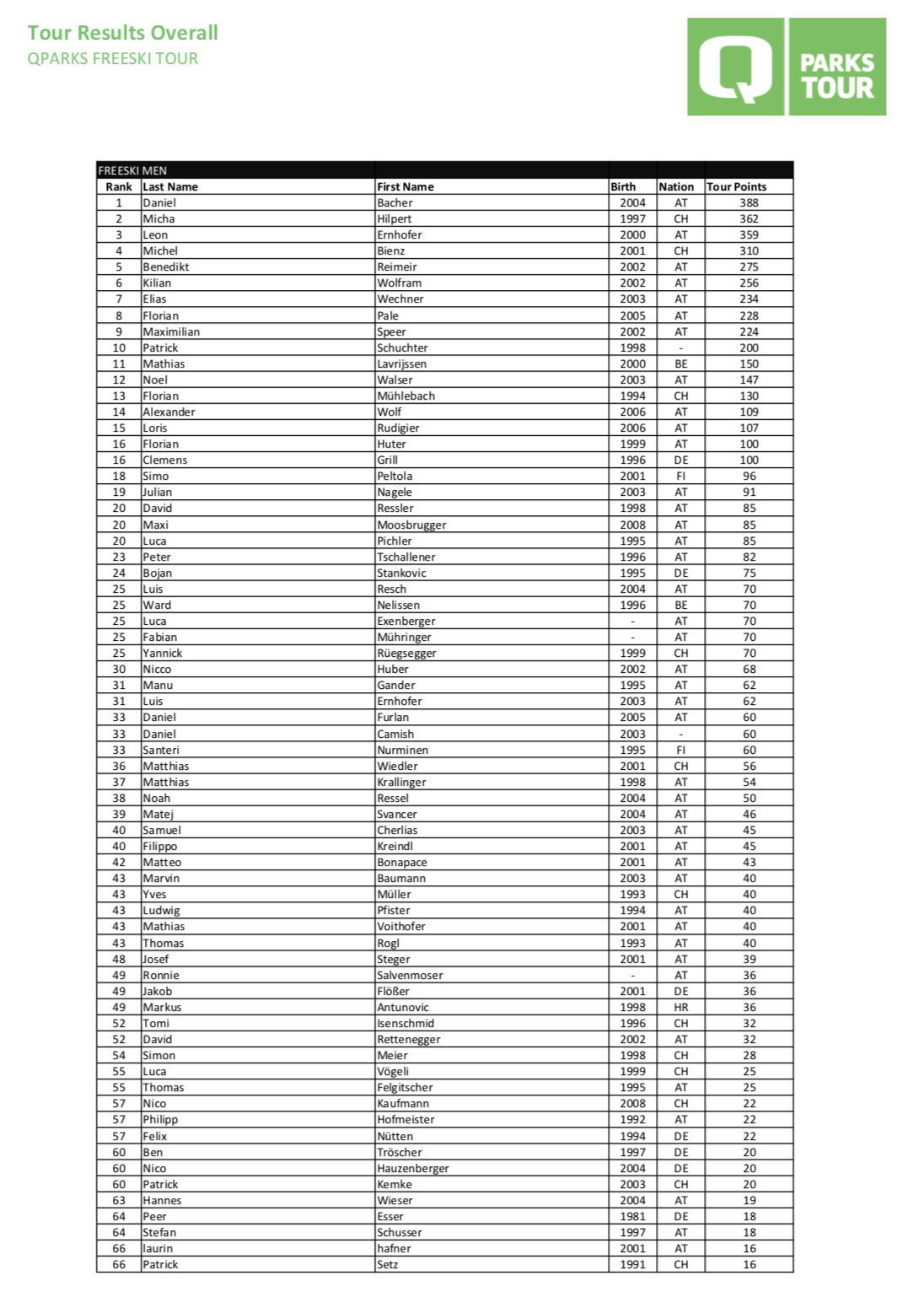 The Game of Diamonds was the end of a season for the books. This winter, QParks were celebrating their 15 years jubilee and wanted to celebrate their b-day one last time at the tour final. Of course, a cake was a must-have then.  After the final runs, this season´s last birthday cake was served in the chill area of the Snowpark Obergurgl. 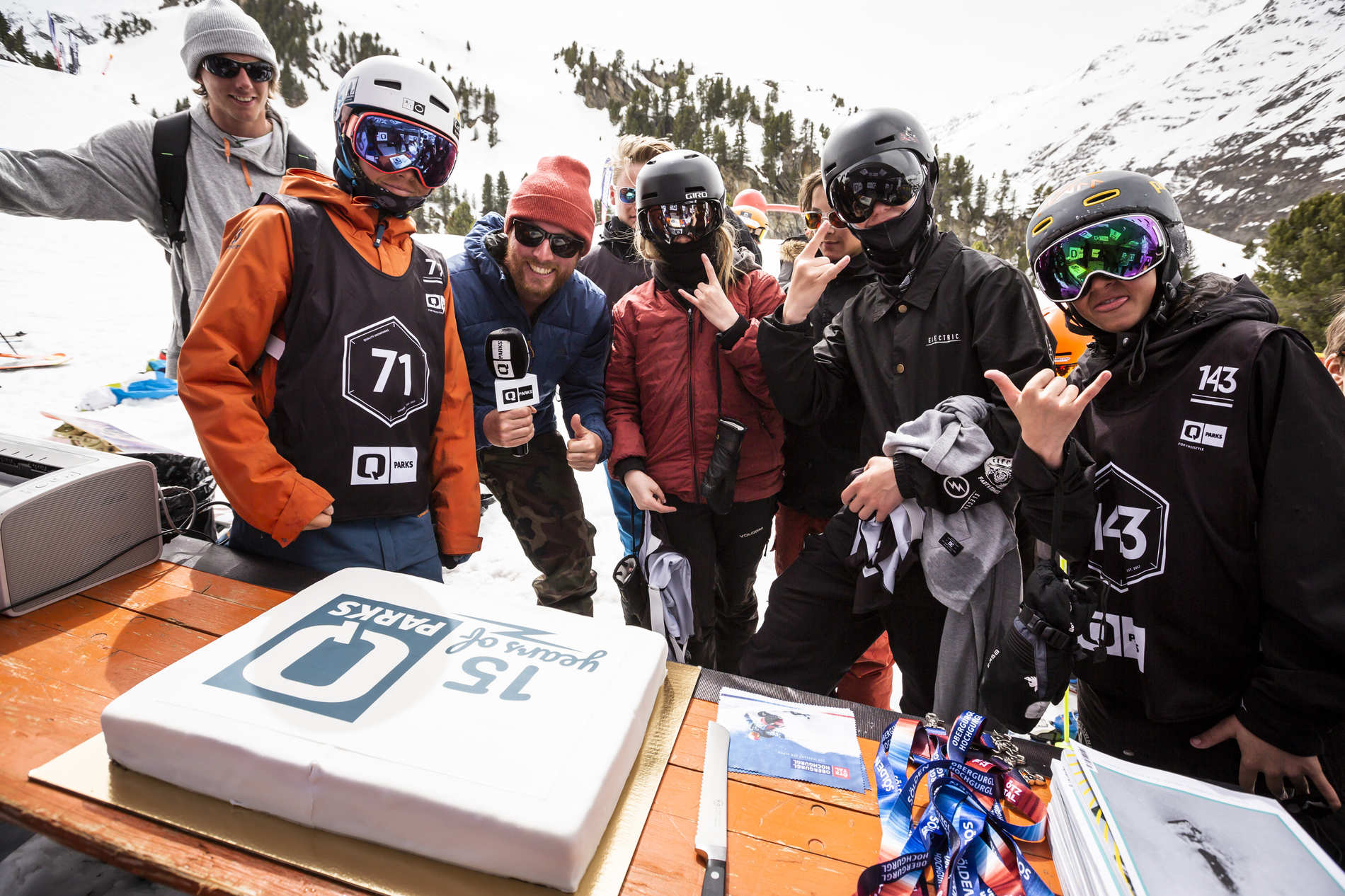 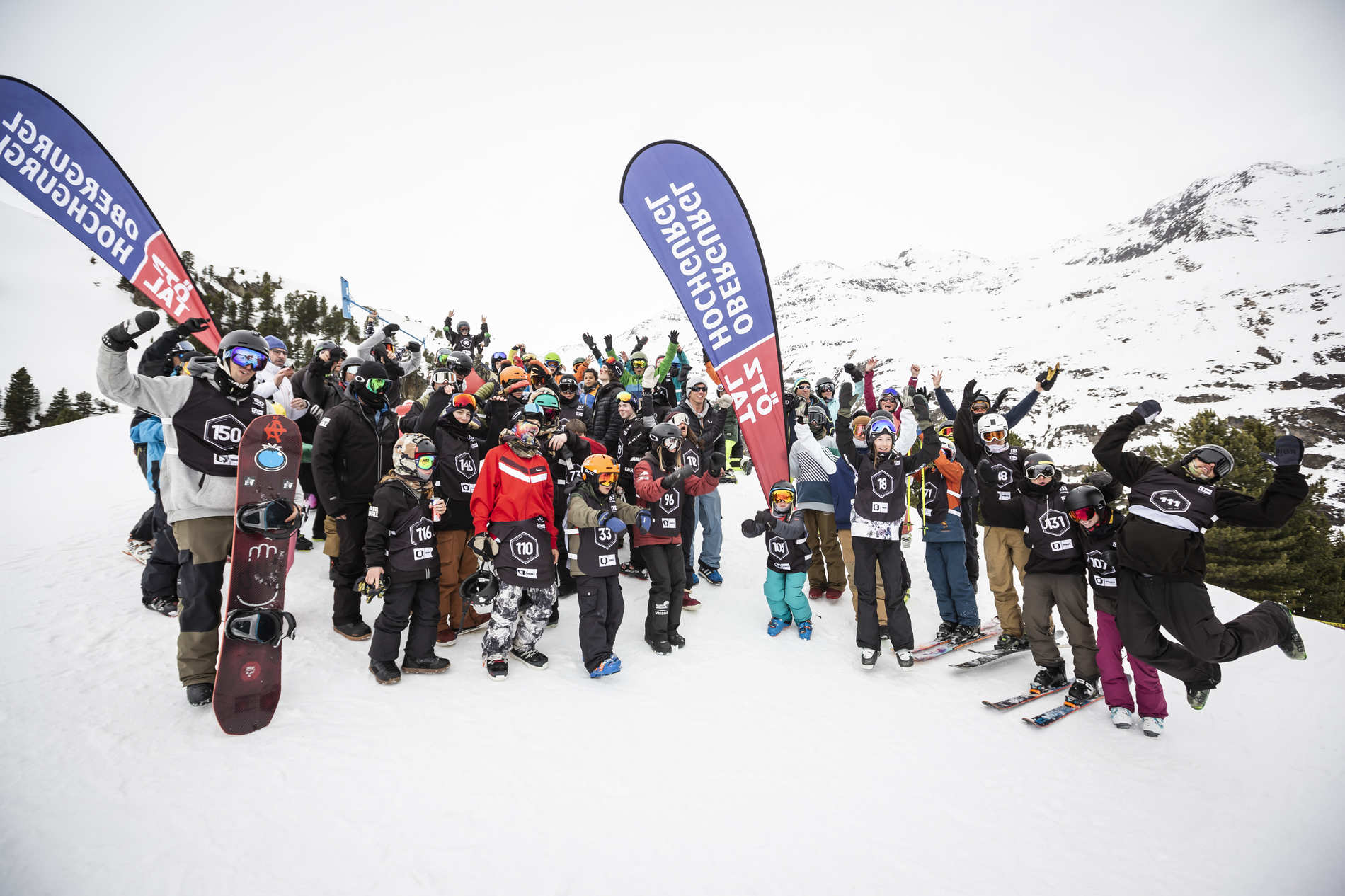 The QParks Tour is on summer vacation now, but will be back for more contest action next winter. Whoever wants to be part of Europe’s biggest contest tour for Men, Women and Rookies in the season 2018/19 again, should already mark the website, Facebook page and Instagram account of the QParks Tour. That´s where you will find all info about next winter´s QParks Tour as soon as it appears.