The undisputed king of the backyard setup talks about his second Summer Rail Challenge.

Building a summer setup is something that every passionate young park skier has either done, or dreamed about doing. No snow on the horizon? With a few boards, tubes and some scrap carpet, you can be jibbing in your backyard in no time. 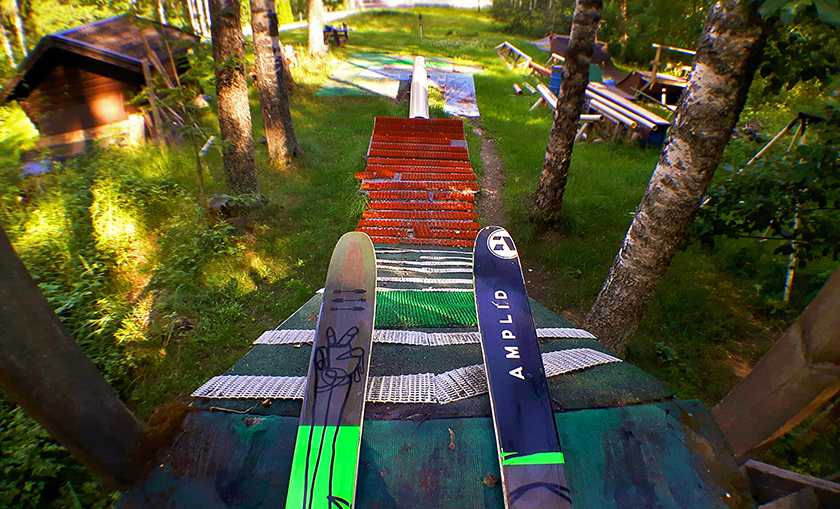 Finnish skier Kevin Salonius is currently the reigning king of the backyard setup. He spends his summers tooling and skiing on his own setup, creating edits that get more views than most skiers’ winter segments while honing his jib skills for the winter to come. For the second summer he’s also hosting his own Summer Rail Challenge, inviting skiers worldwide to enter their own setups into a contest to win swag from Kevin’s sponsors.

The submission deadline for edits for this summer’s Rail Challenge is September 1, so before time runs out, we checked in with Kevin to get the scoop on the contest and remind you to get your entries in!

Hey Kevin, this is your second summer doing the Rail Challenge, right? Why did you start it?
Hey Ethan! Yes, this is the second edition of the Summer Rail Challenge. The feedback from all the participants last year was so great, so I’m really stoked on doing this contest again! I wanted to make this contest to encourage people to make more summer backyard rail edits to keep skiing alive in the summer. It’s also a way for me to give something back to the whole ski community that has given me so much. And I think it’s really fun to watch all the creative setups and new tricks that people come up with during the summer.

How does the Rail Challenge work?
It’s a very simple contest, you film an edit from your summer setup and then you submit your entry to the contest website. After the submission deadline which is on the 1st of September, my friends and I will choose the top 3 winners of the contest, which then will be announced a few days after the deadline. There are a few small rules for the contest that you will find on the contest website.

When did you start building your own summer setups?
I think it was back in 2008 that I built my first summer setup with a few friends, it was a pretty small setup with a flat pvc rail on a small hill. Then in 2009 my dad and brother helped me to build a bigger setup, it’s the setup that I’m still using today. I have upgraded and improved the setup quite a lot since the time we first built it, and I have built some new rails and jibs almost every summer.

Why ski in your own backyard in the summertime?
I think it’s a really fun and easy way to ski in the summer if you don’t have the possibility to go ski at some glacier, which can be quite expensive. It’s also really good for learning new tricks and improving your skiing skills during the summer time. I also really like it when you can build your own rails and choose different rail combinations to shred, so it’s possible to get really creative if you want. 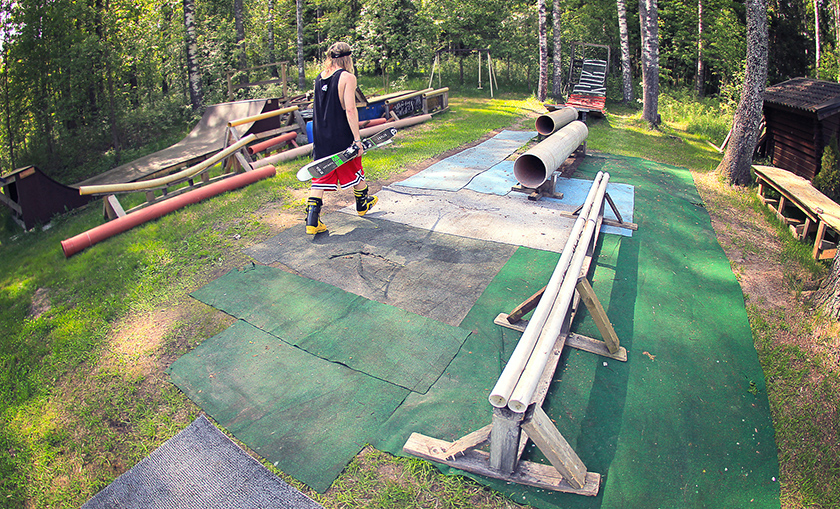 Got any good tips for someone wanting to build their own summer setup?
In my opinion getting enough speed is the key for a good summer setup, so try to build a steep inrun. Also putting water and soap on the inrun can help quite a lot with the speed, but it also depends on what materials you have used for your inrun. If you’re building your setup with a smaller budget I recommend to go and ask at any construction sites near your place for leftover materials, I have gotten a big part of the materials on my setup for free from construction sites. For blueprints and further instructions on how to build a backyard setup, check out my tutorial that I made back in 2009.

I would also like to add that I really want to give thanks to the supporters of the contest, Amplid, Saga Outerwear, Tall T Productions, SPY Optics and mSnow, whom have supported the contest with all the prizes. This contest would not be possible without them.