A young crew from Tyrol, PaniertnCircus took over this article to show a glimpse into the making of their awesomely strange new ski movie INTERMONDI.

When this strange and beautiful ski film landed on our screens, we knew we needed to find out who exactly these kids were. And since they seem to have such creative depths, we thought it would be best to just hand an article over to them, to show themselves the way that they wanted to. So without further ado – here’s the PaniertnCircus.

We, PaniertnCircus or PC, are a small freeski crew from the Tyrolean lowlands, which besides us, the twins Philipp and Christoph Kaar, consists of Florian Haberl, Lukas Cairns and the Peruvian Patrick Concha. If anyone asks why we picked the name “PaniertnCircus,” we unfortunately have to reply that we ourselves don’t really know why. It just arrived one sunny morning in the Vans Penken Park. But those who know us better will understand why “paniert” (“baked” in English) passes quite well to our manner (haha). 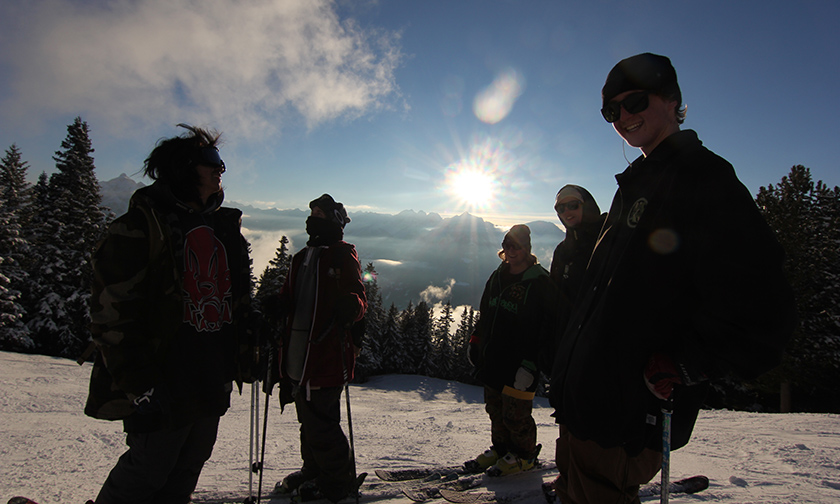 We are all passionate skiers and we know each other through skiing. A few years ago, when my brother and I were about 16 years old, we started filming and editing. Through countless online video tutorials we were able to continually improve and expand our knowledge about editing techniques, effects etc., and this year we set the goal of producing a totally different, new and innovative (urban) ski film. We wanted it to be a fully untypical, abstract film that excites the audience, putting them under its spell and motivating them. We think that we managed to pull that off pretty well.

Our art consists mainly of always creating something new, and specifically using untypical shaky, blurry and not “clean” shots to create a special feeling, a vibe, with the viewer. We’re well aware that there’s a lot in this movie that could use improvement from a technical standpoint. But it’s exactly these “mistakes” that allow INTERMONDI to feel authentic and real, and that was our main goal: to produce a film that showed a view into the life of our crew that the ski community can identify with. 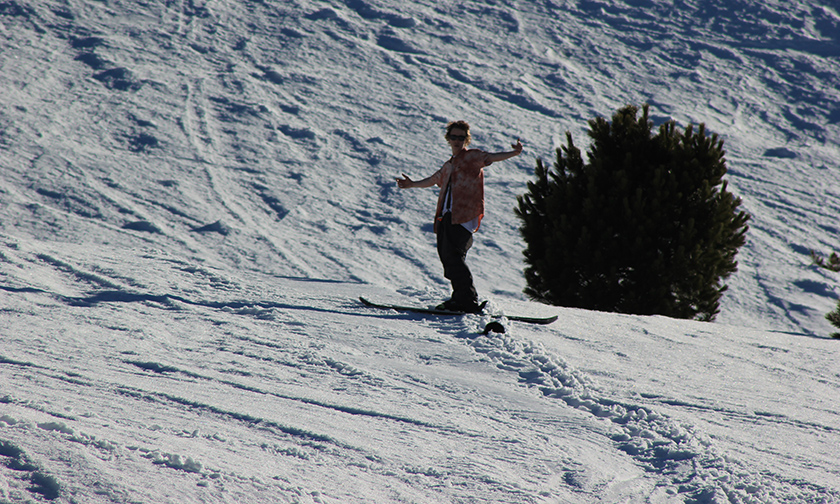 This film should motivate specifically young and inexperienced riders to get out there, start filming and trying new things. You don’t need the best camera, the most expensive lens and shots in 4K to create a good movie. 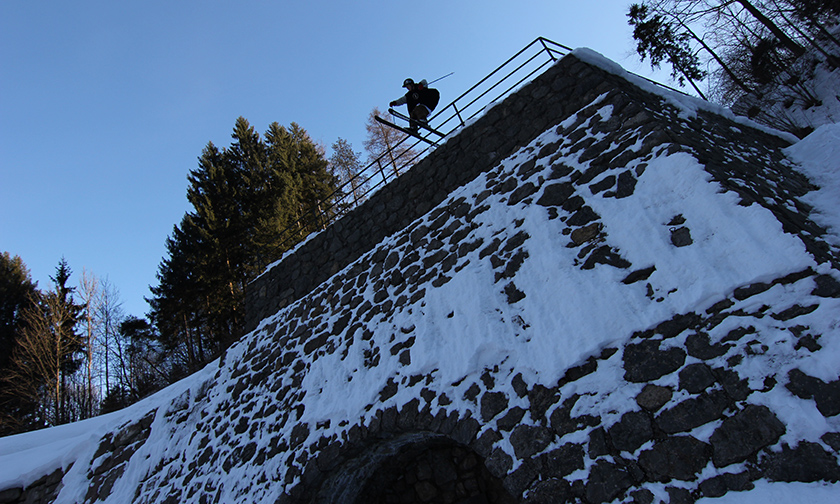 Behind the scenes of this movie there’s:

– about 30 different urban spots with included shoveling, bungee pulling, hiking and skiing
– countless hours of video footage
– 4 months of intensive work in front of the computer and the drawing pad 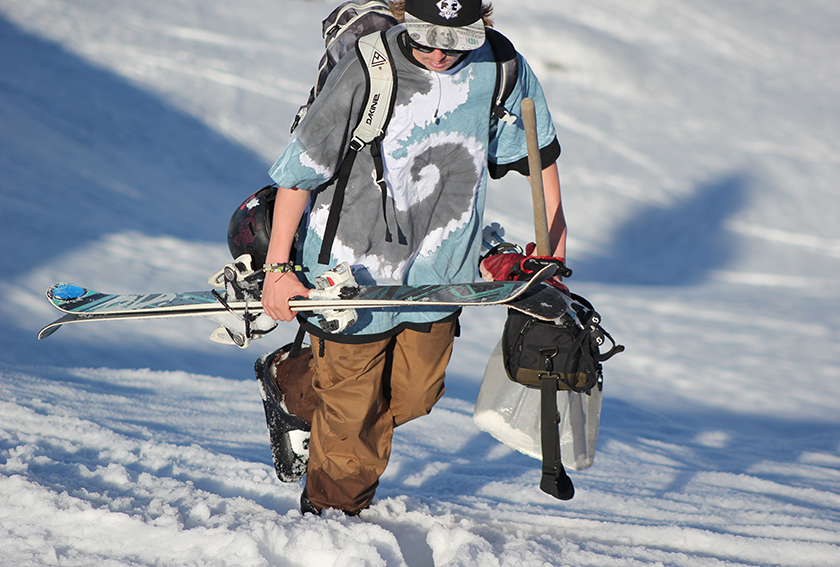 Everything that you see in the movie was created by us independently and without financial support. All animations, lettering and drawings were done by us by hand. Some transitions had to be edited frame by frame. We filmed with an old Sony Handcam as well as 2-3 DSLR cameras. We got the timelapse shots from our colleague Alex Fuchs. 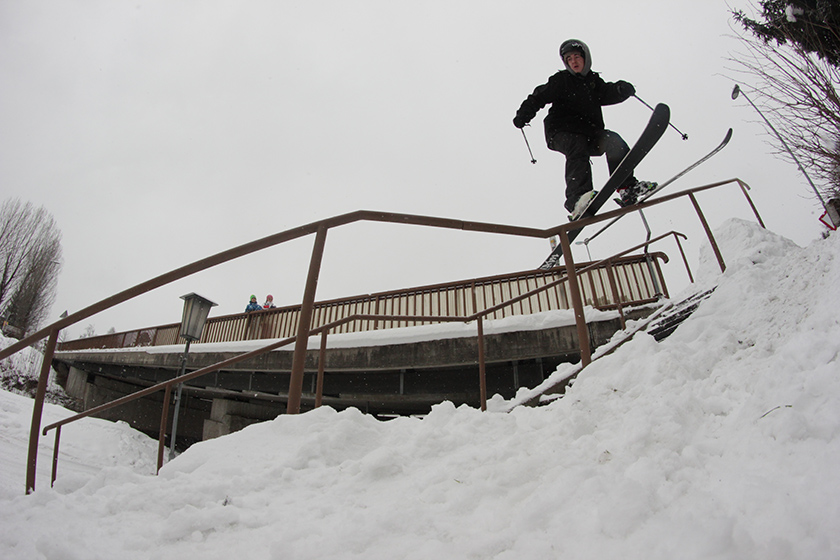 We get a lot of inspiration on the one side from Scandinavian crews like The Bunch and Trashparty, and on the other side from skateboard videos. We don’t try to copy them, but we pick up the elements and the style and try to re-arrange it so that it looks the way we want it. And of course we always try to add our own new note to it. We think that skiing still offers too little diversity, and needs many more young and motivated crews doing their own thing and presenting it. So get out there with your homies and have fun skiing! Try to think outside the box and try something new! It’s called FREEskiing, free from every limitation, and that’s exactly what makes our sport what it is. 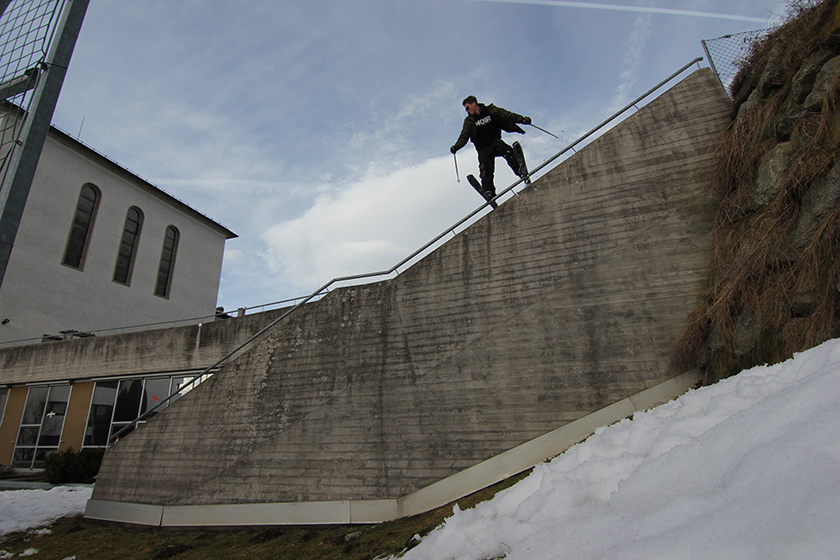 The PC crew is stoked to start a new project this year, and we wish everyone out there a successful, injury-free and snow-filled season in 2016! Peace out!