From 2nd to 3rd March the first Freeski World Rookie Fest in Europe took place in Innsbruck, Austria. Under great conditions, a perfect shaped park by the Skyline Park Crew and blue skies, the international rider field showed an incredible riding level and what we have to expect in the future on the Freeski Rookie Tour. 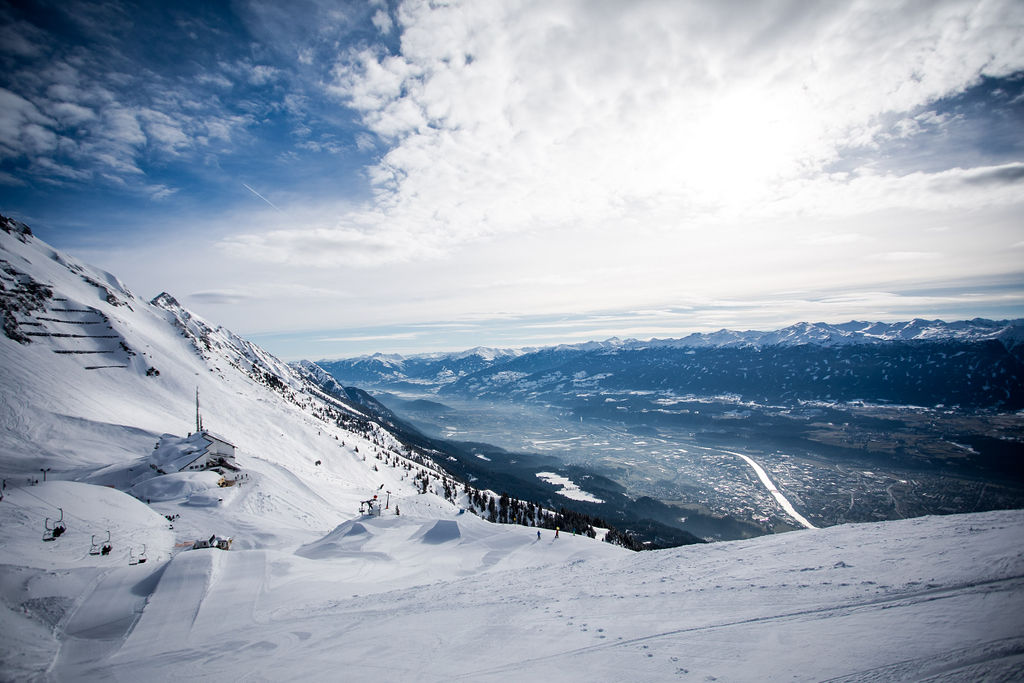 The Nordkette Skyline Park above Innsbruck played host to the event. 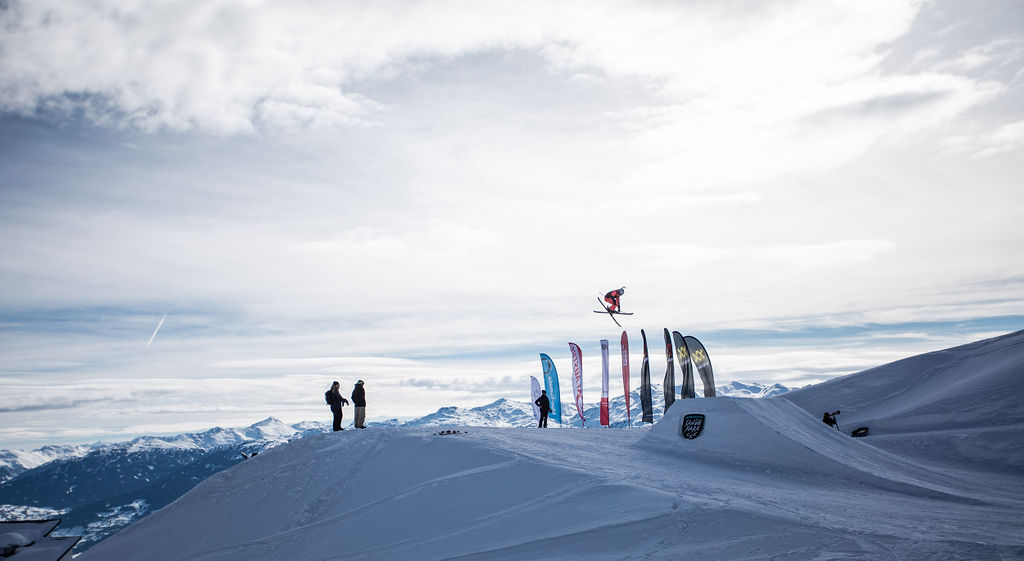 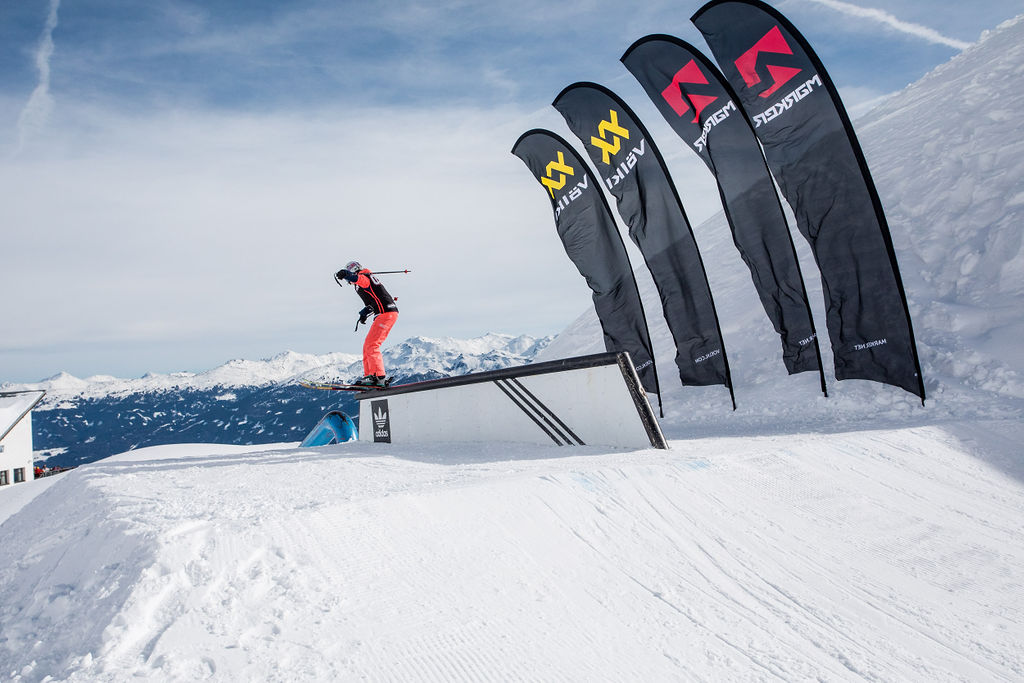 Ksenia bags the flat-down rail on her way to the win. Photo: Simon Rainer 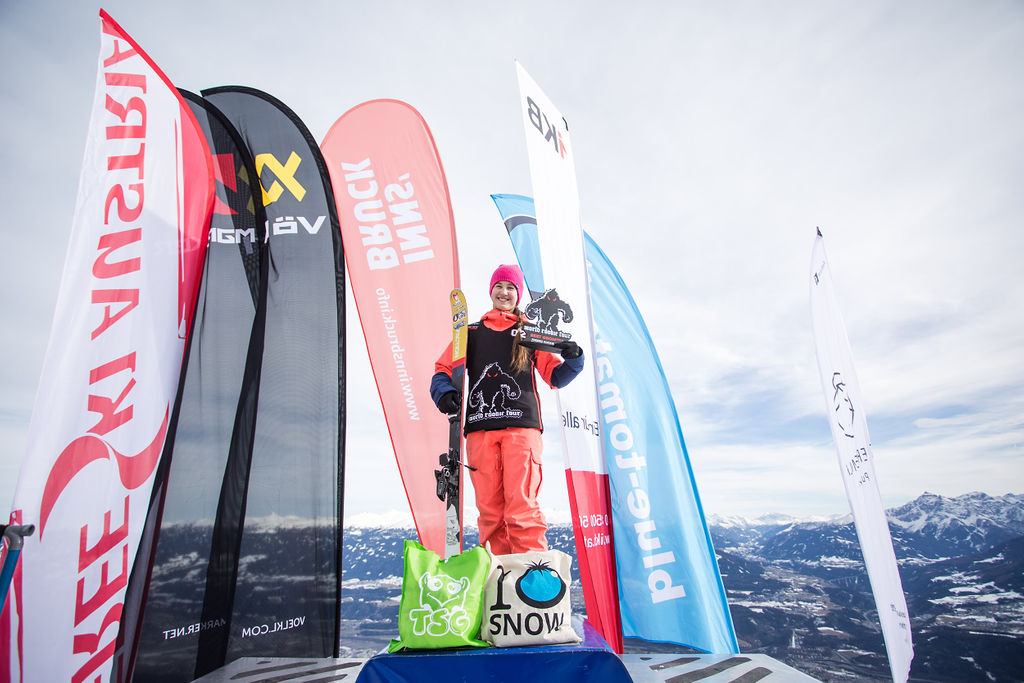 Nico Huber from Austria conquered the Rookie Boys podium with a nice blindside 450, a switch left Cork 540 safety, a leftside double cork 1260 safety and a switch lipslide on the last eail. 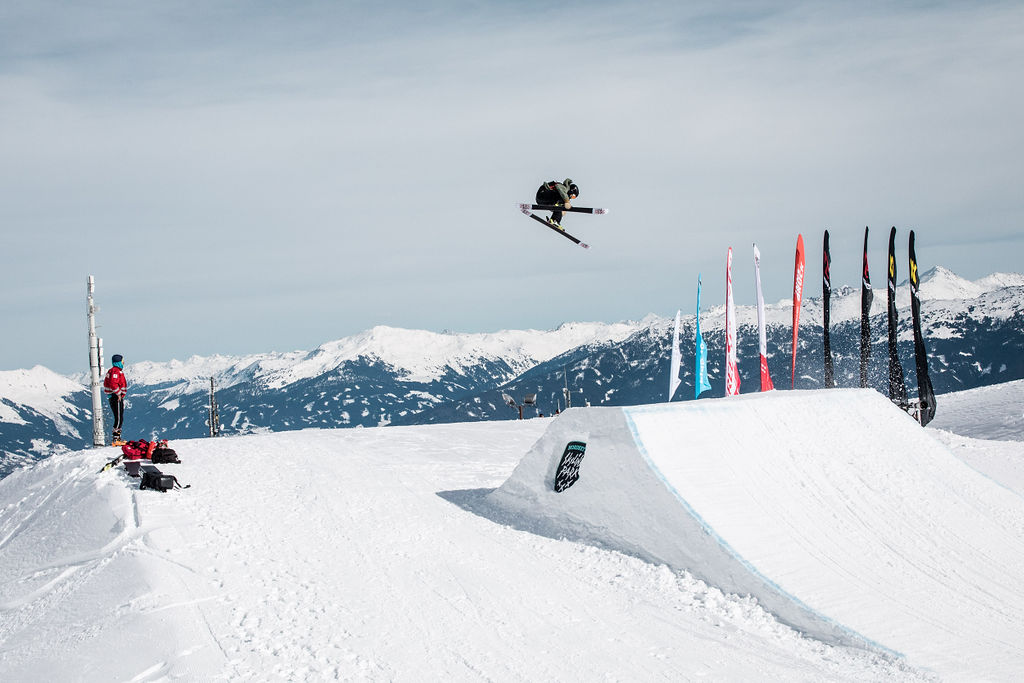 Nalu Nussbaum on his way to second place in the Rookie category with a nice dub flat 7. 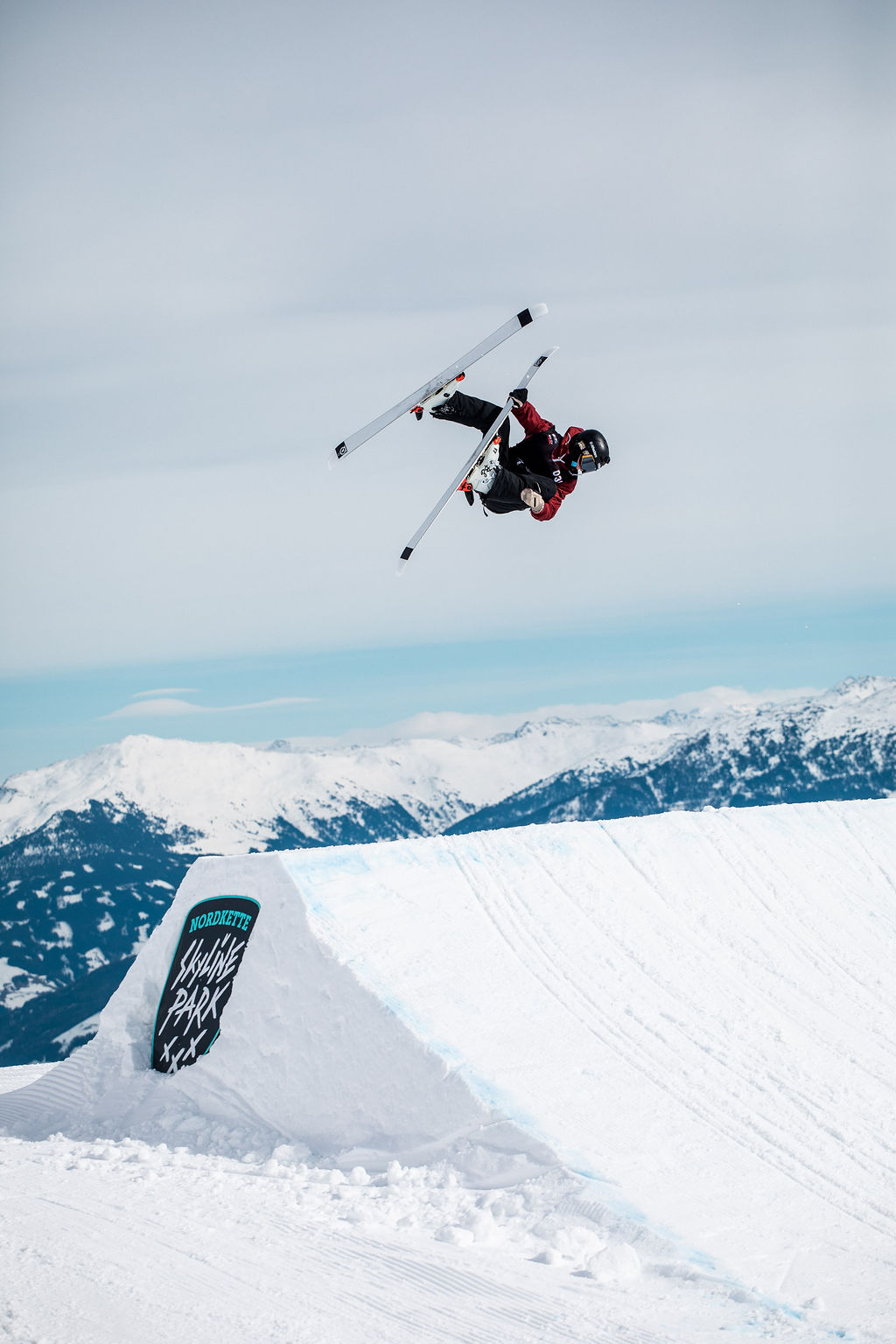 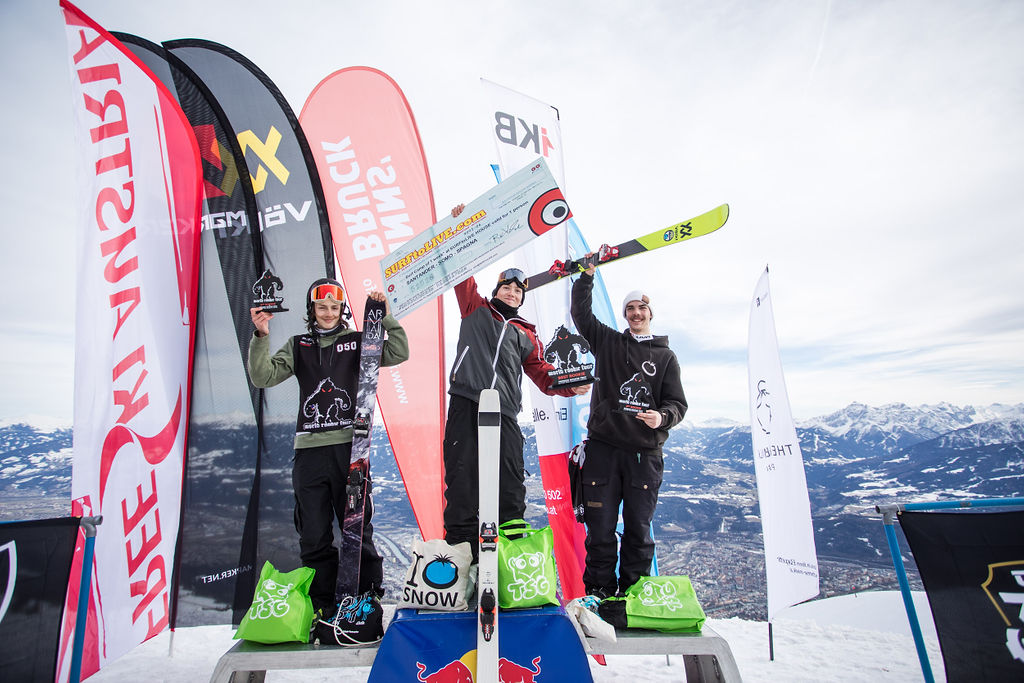 The first place Grom Boys went as well to Austria. With a blindside 450, a switch left cork 540 double Japan on the first and a left double cork 900 safety on the second kicker, and a front swap on the down rail, Daniel Bacher could convince the judges and is now qualified for the Freeski Finals at Seiser Alm. 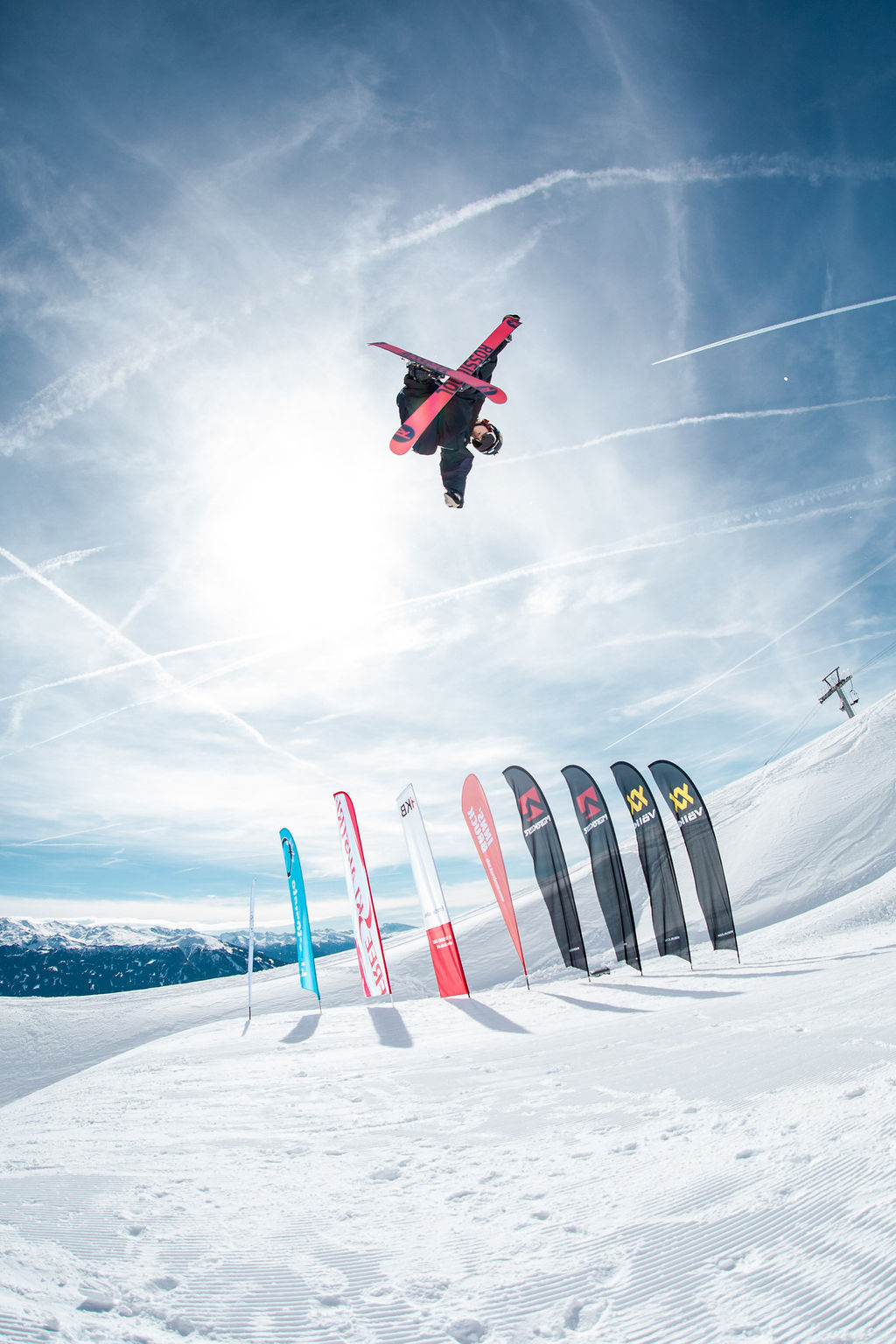 Congratulations to all the winners, and see you soon at the Freeski World Rookie Finals which will be held at Seiser Alm, Italy. 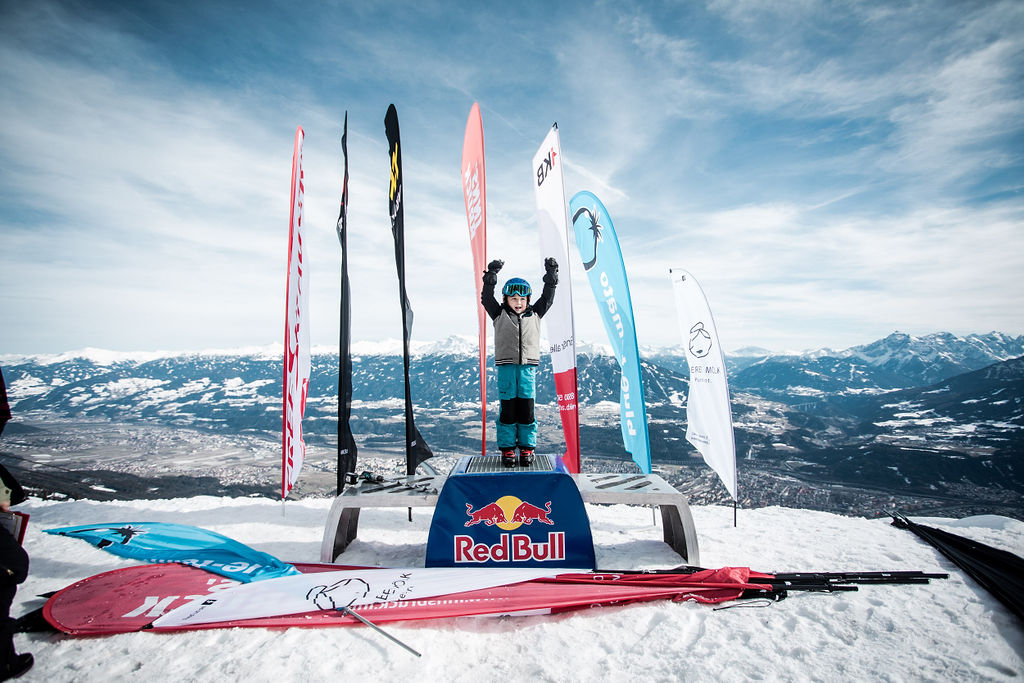