These guys are the World Champs of skiing in bad weather. Photo: Rocky Maloney

Braving course delays, poor visibility and over a meter of new snowfall, the men’s ski slopestyle contest limped across the finish line yesterday at the 2019 FIS World Championships in Park City, Utah.

In the challenging conditions, competitors were held to their safety runs in hopes of getting to the bottom in one piece. In the end, the UK’s James “Woodsy” Woods was able to hold it together for the win in a contest that was more a test of will than a demonstration of world-class skiing.

Meanwhile, the women’s freeski slopestyle competition at the World Championships was cancelled by the organizers. “FIS, the Organizing Committee of the 2019 World Championships and the host venue, Park City Mountain, had formulated a proposal to reschedule the competition for consideration by all the event stakeholders, but the complexities were such that it simply was not viable,” said Calum Clark, Chair of the 2019 FIS Snowboard, Freestyle and Freeski World Championships Organizing Committee. “With the sheer amount of hard work and planning that has gone into every event at these World Champs, it’s obviously disappointing to have to move plans around, and to have to cancel such exciting competitions, not just for those involved in putting on these events, but in particular for the athletes.”

That left the men to brave the elements on Wednesday. Woods was joined on the podium by Birk Ruud of Norway in silver, and the USA’s Nick Goepper in third.

“It feels good. Obviously, I couldn’t be more proud,” Woodsy said after the contest. “I’ve put a lot of effort in over the years as everybody has. And the crowd was bumping! It was nice that so many people came out because it’s cold. It’s been dumping so there’s plenty of skiing opportunities, so it’s good that everyone came out. I appreciate that a lot.”

The skiers in the field had a rough go of it, with wind and low visibility adding to the challenge of slow conditions on-course. The qualifications had already been delayed earlier in the week, and just before the finals were slated to begin on Wednesday afternoon, officials issued a 45-minute course hold. Throughout the week, the weather had provided hilariously bad conditions on the course as the competitors attempted to get in their practice runs — creating scenes like the one captured by Freeski Sweden below:

“Although we got the contest off, really I think in this type of weather it’s about competing and not necessarily about the skiing, if you know what I mean,” said Nick Goepper. “There’s a lot more strategy involved just with the runs you choose to do if you’re going forward or switch into the jumps, because you tend to get more speed when you go forward.”

In his first visit to Park City, silver medalist Birk Ruud was obviously stoked on the size of American supermarkets. “I really enjoyed Park City,” he said. “There are such grocery stores here! A lot of good restaurants. It’s way cheaper than Norway and the nature is beautiful. I really like it here.” 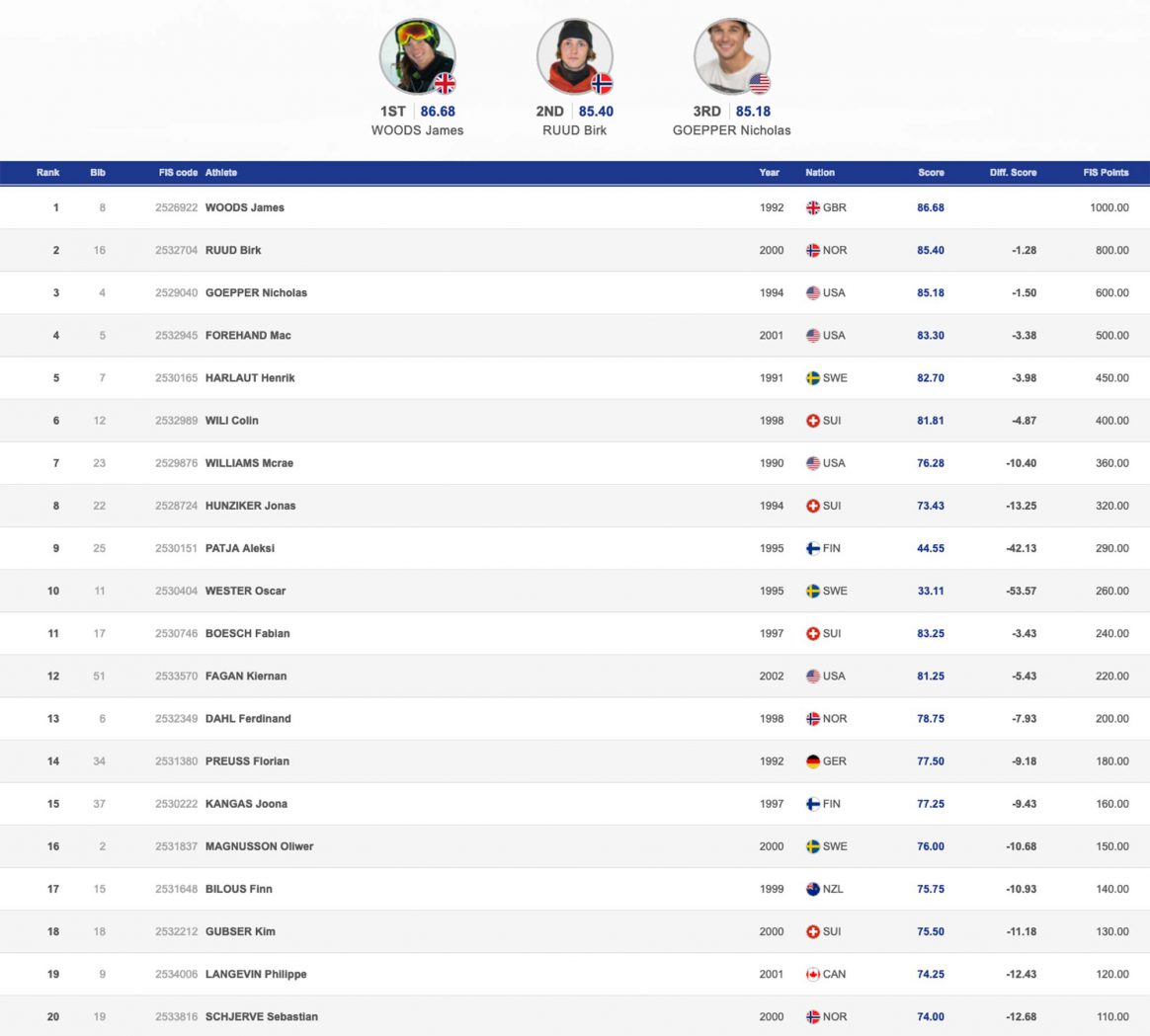 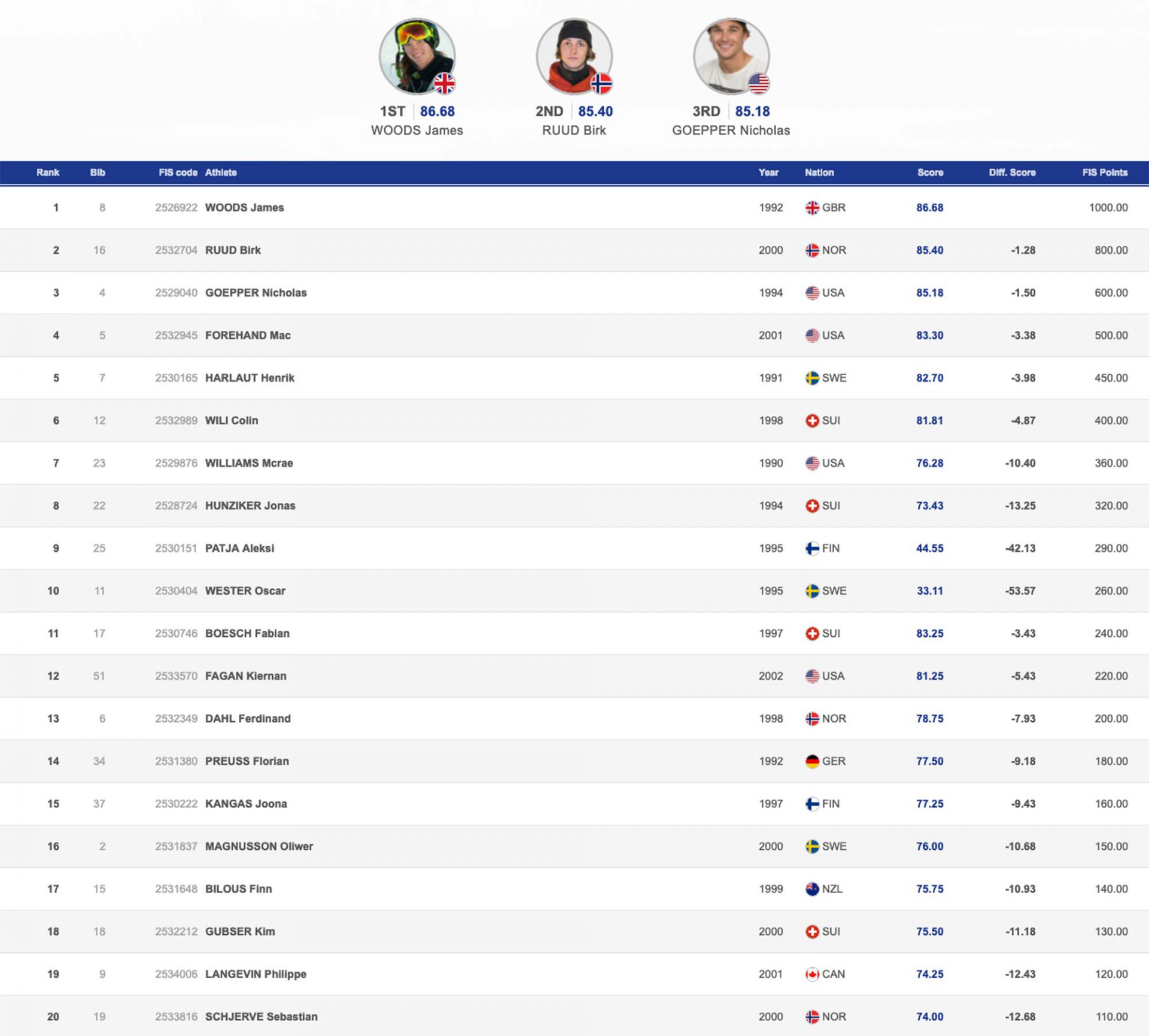