In the latest addition to the road-trip ski edit genre, former French Freeski Team athlete and slopestyle Olympian turned world traveler Jeremy Pancras has a new “Mammoth Unbound” edit showcasing the the long and storied tradition of getting into a car, going to California, seeing the sights and shredding along the way.

In his typical fashion, Pan Pan may have overshot the standard Cali trip somewhat. “We drove our Toyota Echo 2000 from Montreal,” he reports. “Drove 21,000km and hit 17 different states along the way, it took four garages to bring it back home. We packed so much for both winter and summer on the same trip that we had to ship two Dakine ski bags fully loaded back home, or we would had to get rid of our friend that joined us at Mt. Hood.”

Pan Pan says he has edits from other parts of his road trip in Colorado and Oregon coming out soon. Until then, here’s a quick spot check of a few of his exploits in “Mammoth Unbound.”

This was the day we drove to Glen Canyon, Utah, which I heard was a great place to explore. We got there when the light was fading and set up the camp for the first time of the trip. I parked in front of the tent to block the wind, but it got so strong that we ended up unpacking in a raging wind before midnight and driving back through the desert to find a $200 a night hotel, which was the budget for the week. We left for Zion National Park the day after, where the camping got much more enjoyable. 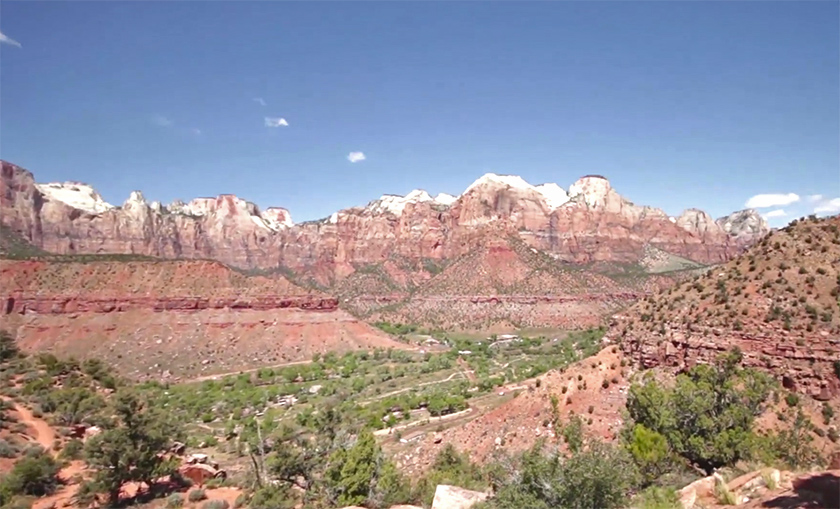 That’s Zion National Park, we camped just below where the picture was taken. The mountains surrounding us were majestic and looked like a forgotten part of the world. It was the first hike of the year, and we went way too fast and didn’t bring enough water, for sure. 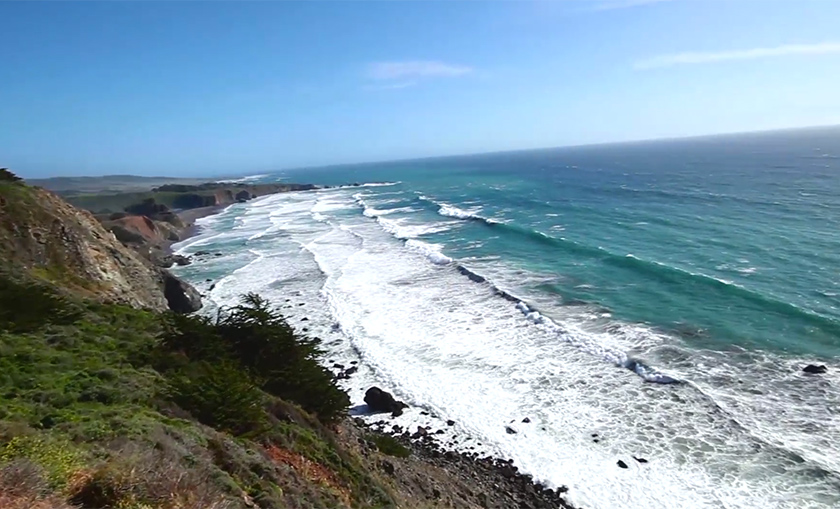 Big Sur is along the drive from LA to SF that follows the ocean for 170 kilometers. We watched sea lions hanging down at the beach, and some of the most impressive houses I’ve ever seen hanging on top of the cliffs. We drove through sunset and ended up sneaking into a private campground. It was sick to enjoy this kind of view, you’re not used to it when you usually travel to the mountains. 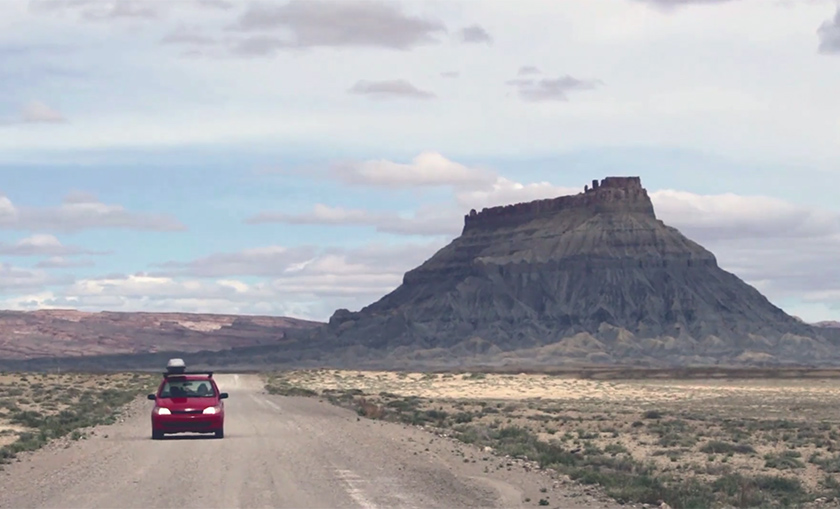 This shot was filmed on the way back from Arches National Park. On this day we drove through three parks, and it was sick to discover these rocky mesas standing in the middle of the flatlands. We could drive for hours without seeing other people, what a great feeling. We got really lucky, since the week that we went to eight national parks, it was their 100th anniversary and every entrance was free. 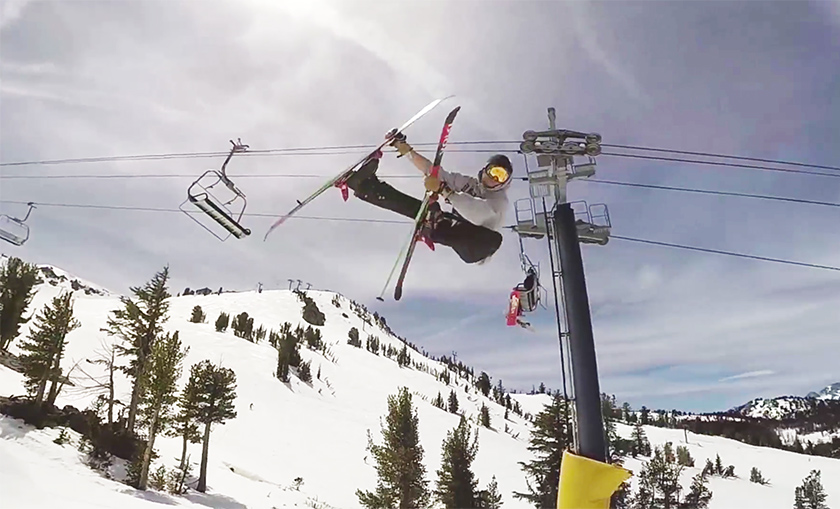 Mammoth is one my favorite place to ski and stay, go there if you can. It’s unreal having such a great mountain full of hot springs, so close to the ocean.

I saw that Steve posted this picture telling me to go easy on the bow and arrow. I actually re-learned that trick doing it on this shot. The last time I did it, I was fifteen, looking up to Steve as a freeskier. We all became different skiers from inspirations like this, and it’s copying and modifying what we saw over the web and on the slopes that gave us the style we have. I love Steve for being true to himself and always making the freeski world a fun place, hopefully he doesn’t quit skiing.