All eyes were focused on Corvatsch Park today for the last FIS Freeski World Cup of the season in Silvaplana/Engadin. Tess Ledeux (FRA) and Colby Stevenson (USA) won the Slopestyle and take home the titles as well as CHF 11,250 prize money. This is the second Corvatsch title after 2018 for Tess, whereas it’s Colby’s first win here. Tess as well as Colby also took home the 2020/21 slopestyle and FIS Freeski overall crystal globes.

Snowfall, wind and fog presented challenging conditions for riders and organizers. Despite the difficult weather conditions, the 8 women and 16 men delivered a great show. In the women’s field, Tess Ledeux, who won the two previous Slopestyle World Cups this season, was the big favorite. She fell in her first run and ranked last before going into the second and final one. Then she proved nerves of steel and threw down a great run which earned her the top score of the day (88.75), catapulting her directly on top of the podium.

“I am so happy to land my run,” said Ledeux. “It’s just incredible I won my third World Cup this season and my first overall Crystal Globe.” Olympic Champion Sarah Hoefflin (SUI), who was in the lead after the first run, finished in second place. The last women to drop in the finals was vice-World Champion Mathilde Gremaud (SUI), who couldn’t land her first run and knew that she had to throw down on her second try. And that’s what she did. With 83.75 points, she managed to claim the third podium spot. 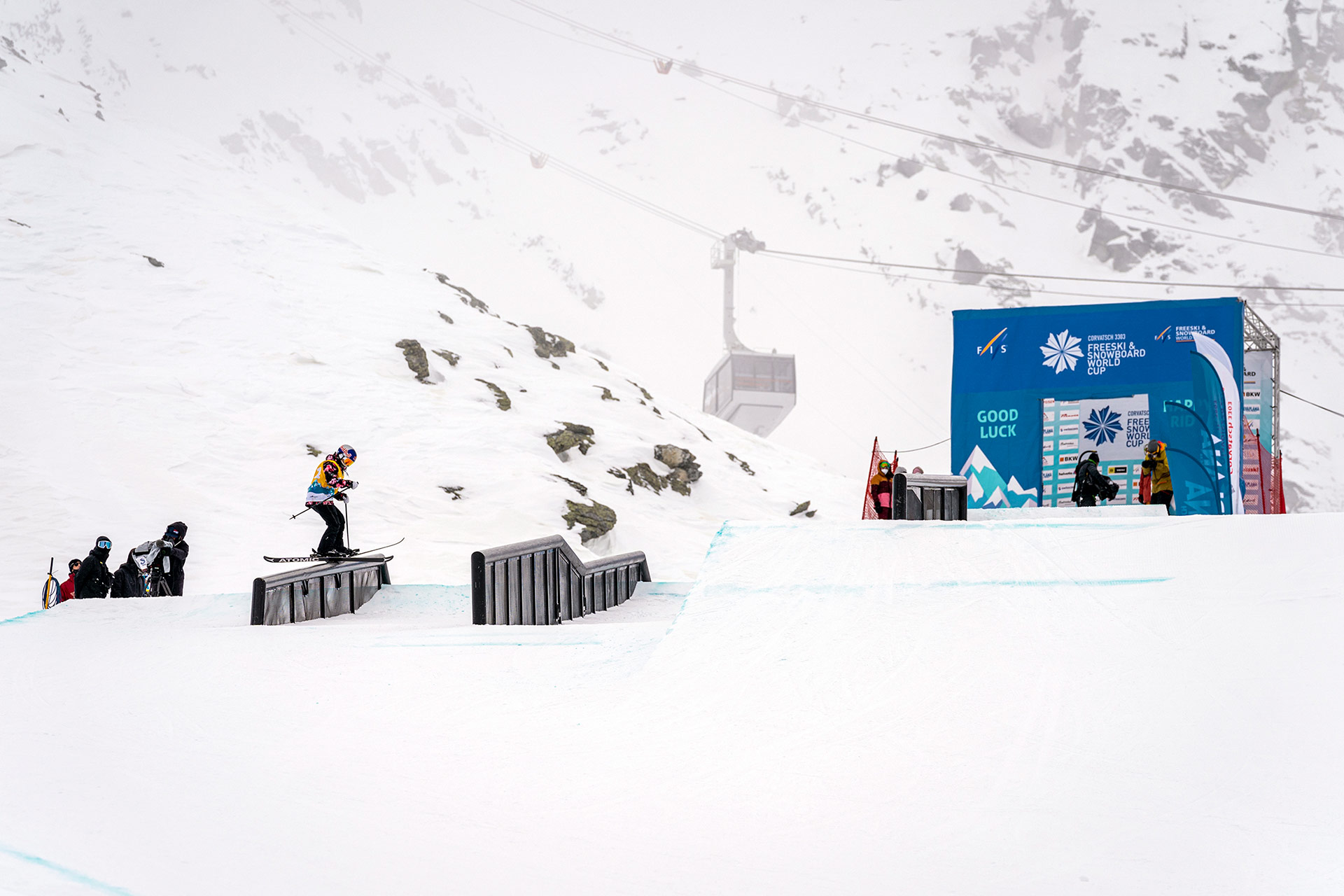 Tess does her thing in the rails. Photo: Zuan

In the men’s finals, vice-World Champion Colby Stevenson, who just won the Aspen World Cup last week, clearly dominated today’s competition. He was without a doubt invincible, and impressed judges and fellow riders alike with sensational riding. In the lead after the first run, he managed to score even more points with his 2nd one (96.75 points).

“The weather was in and out, but we were able to put down some sick runs,” said Stevenson. “I definitely landed the best run of my life! Super stoked, it’s a blessing to be here.”

Norwegian Ferdinand Dahl (sitting in 15th place after the first round) threw down an impressive second run which earned him the second highest score of the day (93.00 points). Alexander Hall (USA), the bronze medal winner at the 2021 World Championships, completed the podium in third. Oliwer Magnusson from Sweden, yesterday’s qualification winner, narrowly missed out on the podium in fourth place. 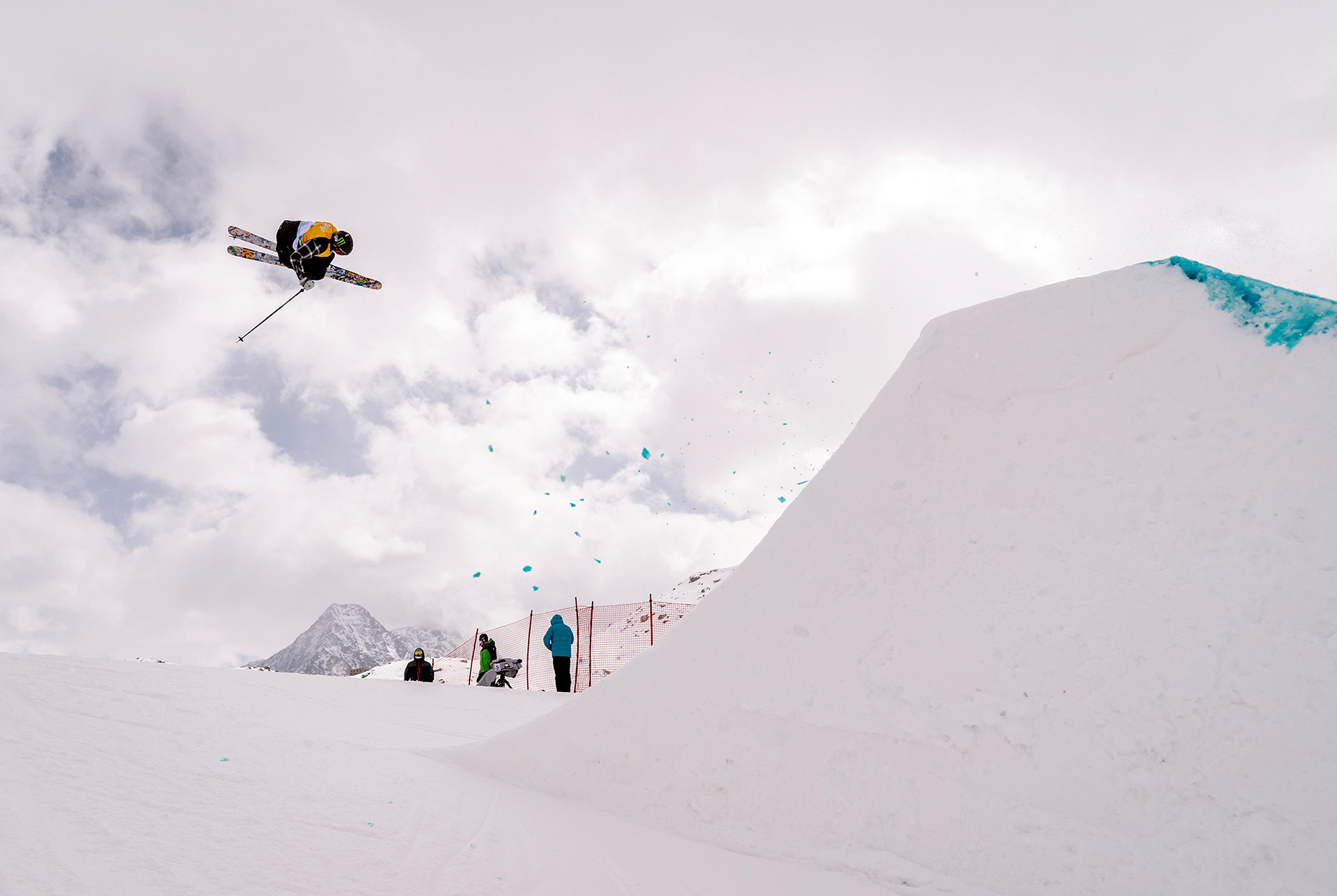 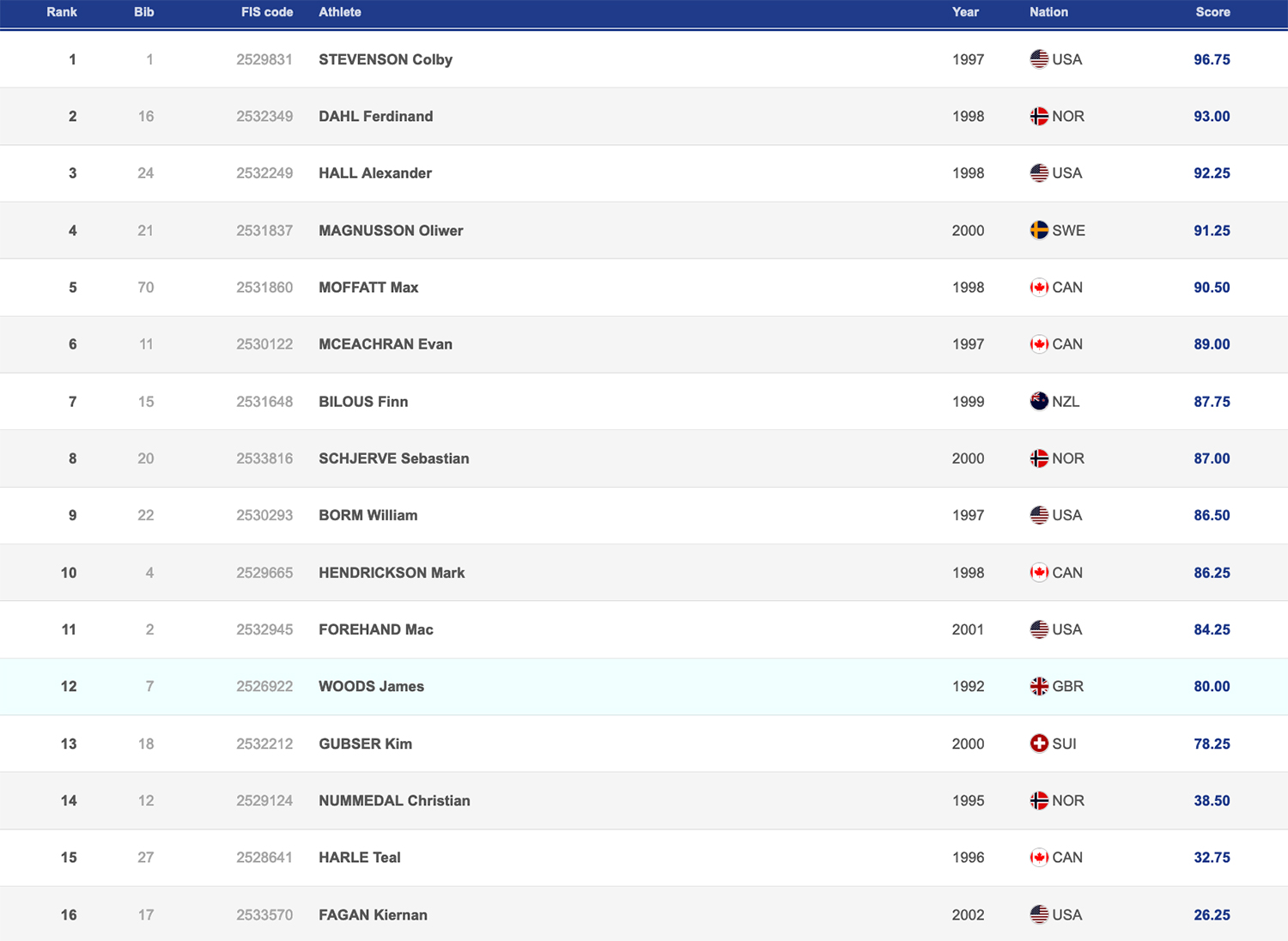 The Nuance of Brady Perron and Phil Casabon

The Nuance of Brady Perron and Phil Casabon