Displaying one of the best runs in recent memory, 18-year-old Eileen Gu rode to a dominant victory in the 2021 Winter Dew Tour women’s ski halfpipe finals on December 17, 2021.

Gu linked together cleanly grabbed cork 900s to the left and right side, plus a rightside 720 tail, switch left 720 safety, and back-to-back alley-oop flatspin 540s in her second run for a high score of 96. Even on her victory lap, Gu tried to push the envelope with an attempted rightside 1080—which, if landed, would make her already superior run near-unbeatable.

“Honestly, today was all about having fun, pushing myself, pushing the sport,” said Gu. “Being just the tiniest part of that is always my biggest goal. Being able to be out here with Kelly [Sildaru], with Cassie [Sharpe] especially, is always really inspiring.”

“I was really proud of my second run and wanted to step it up,” she added. “I know I have more in the tank. Next time—I know I’ll get the 10 next time.” 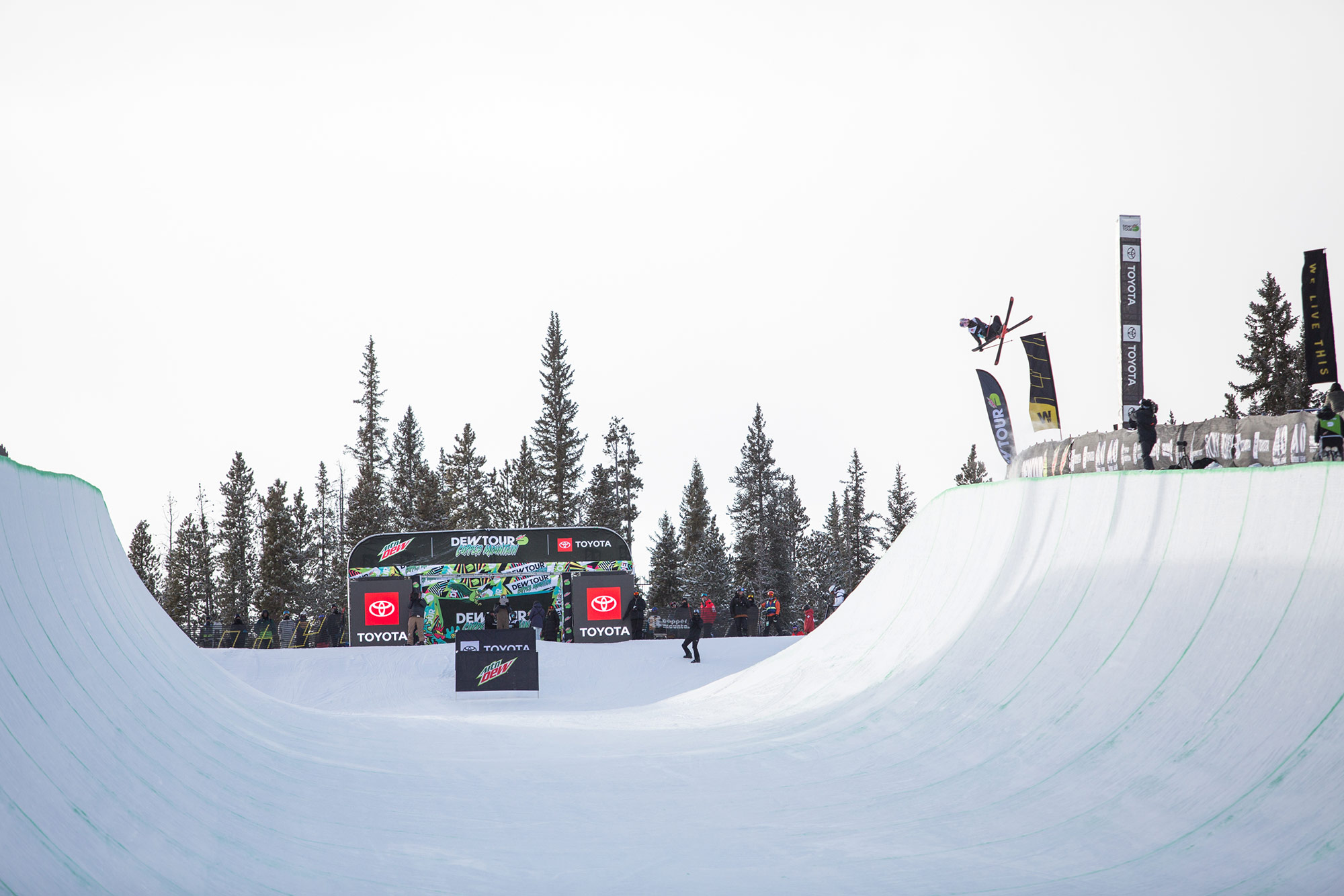 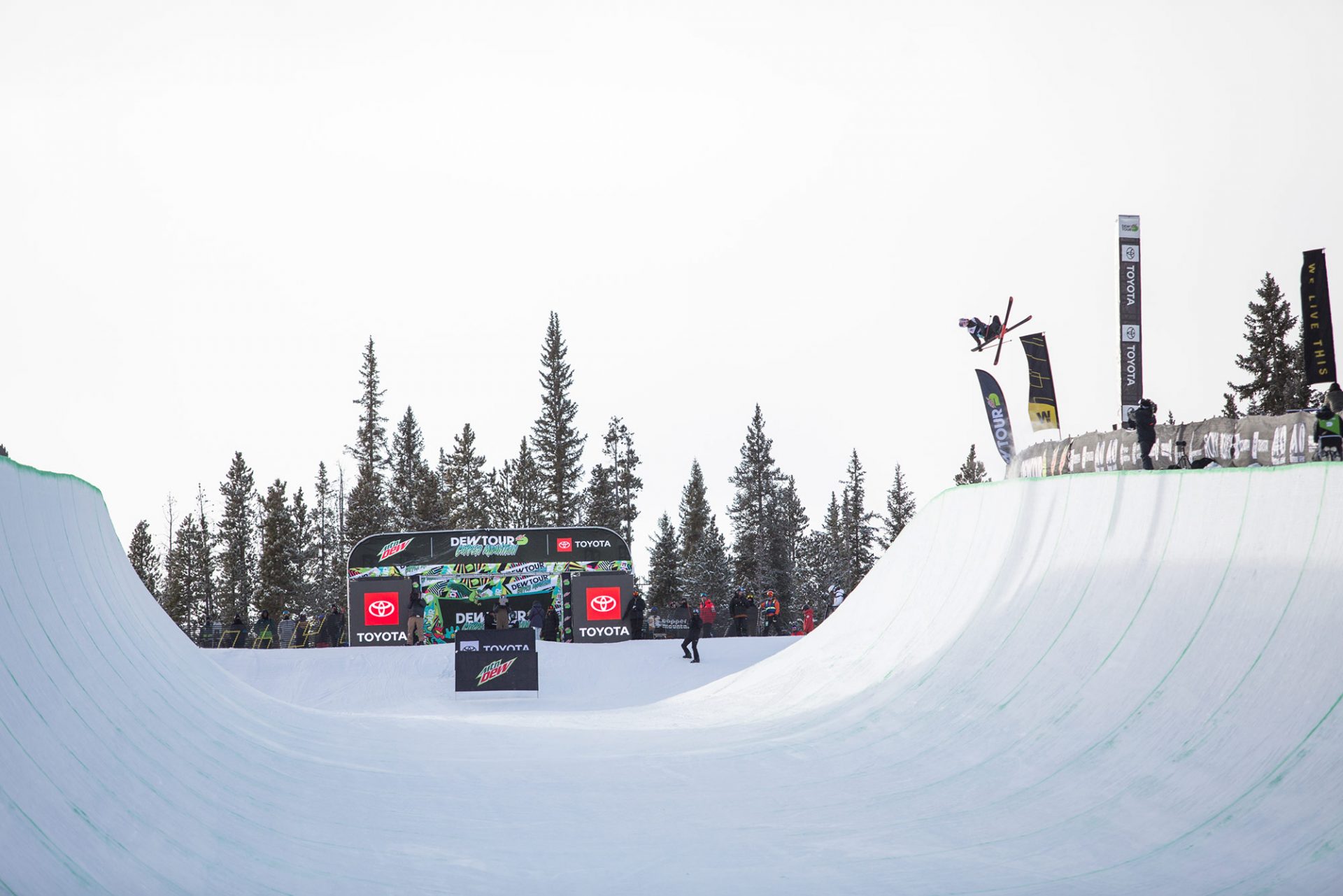 Second place went to Estonia’s Kelly Sildaru. The two teenage phenoms Gu and Sildaru seem to be developing a friendly rivalry this season, as they battle for dominance not just in halfpipe, but in slopestyle and big air as well. Sildaru also put down a highly technical run with matching spins in both directions, all cleanly grabbed: 900s, alley-oop 540s, and even stepping up her switch hit to a switch 900 rotation.

However, her relatively meager amplitude made it a challenge for her to seriously contest the top of the podium. 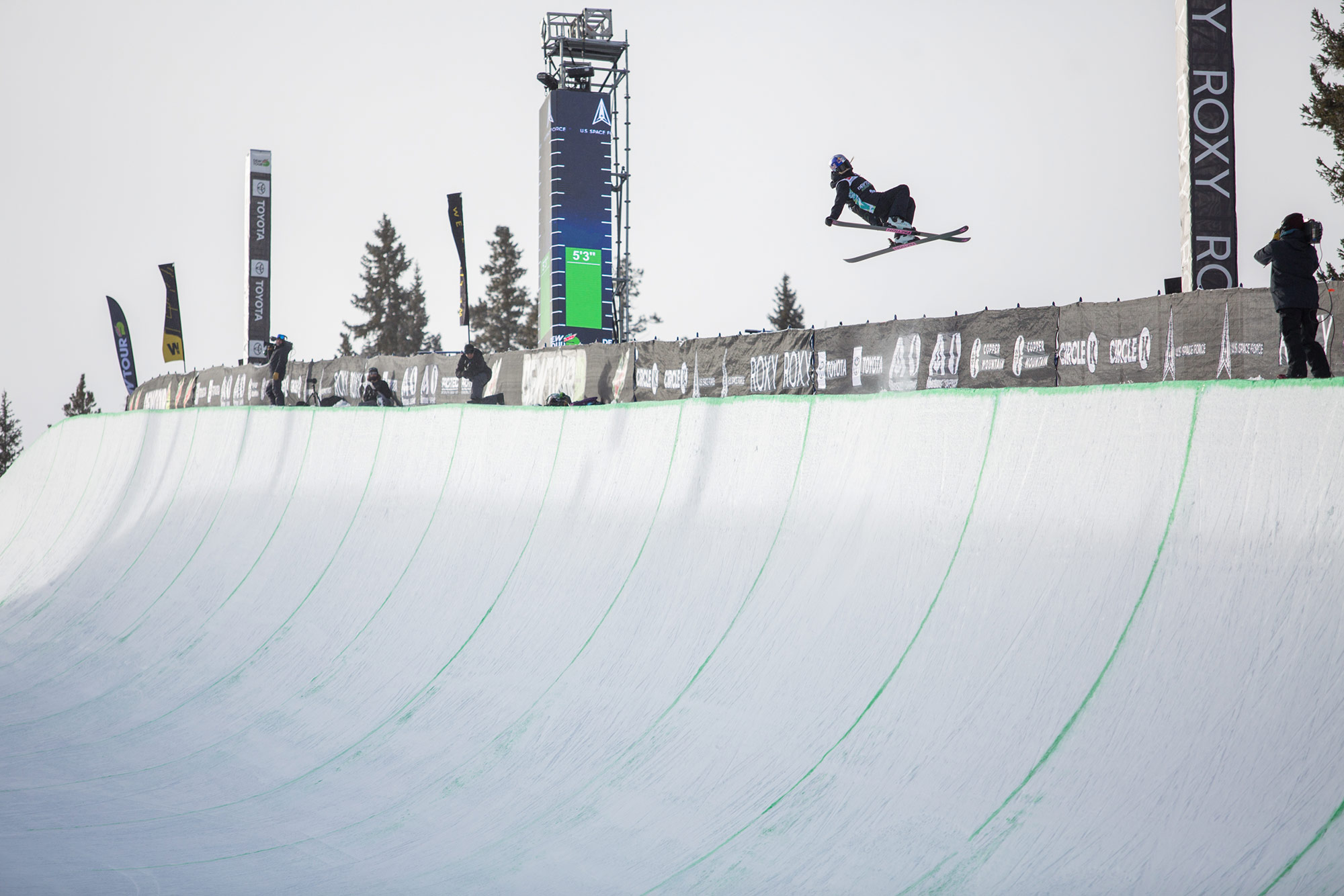 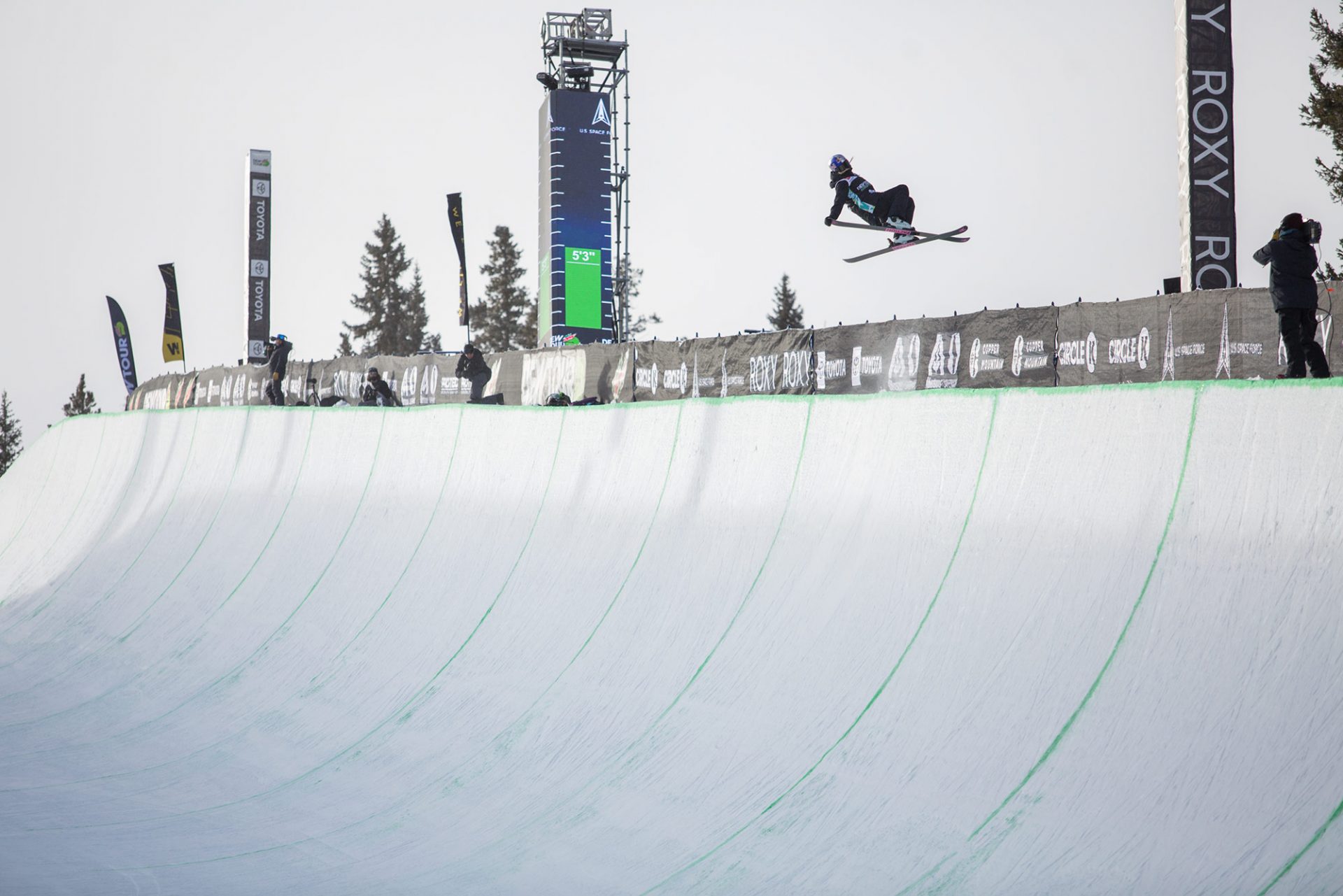 Amplitude is the only thing holding Kelly Sildaru back from seriously contesting the top of the podium. Photo: Durso

Speaking of amplitude, third place went to American rookie Hanna Faulhaber in her first Dew Tour appearance. Faulhaber, who’s already known for the impressive height of her halfpipe airs, stepped up her run in a big way with the addition of a leftside cork 900. With a big spin to match her lofty airtime, the 17-year-old can be expected to be swinging for the podium at upcoming pipe contests. 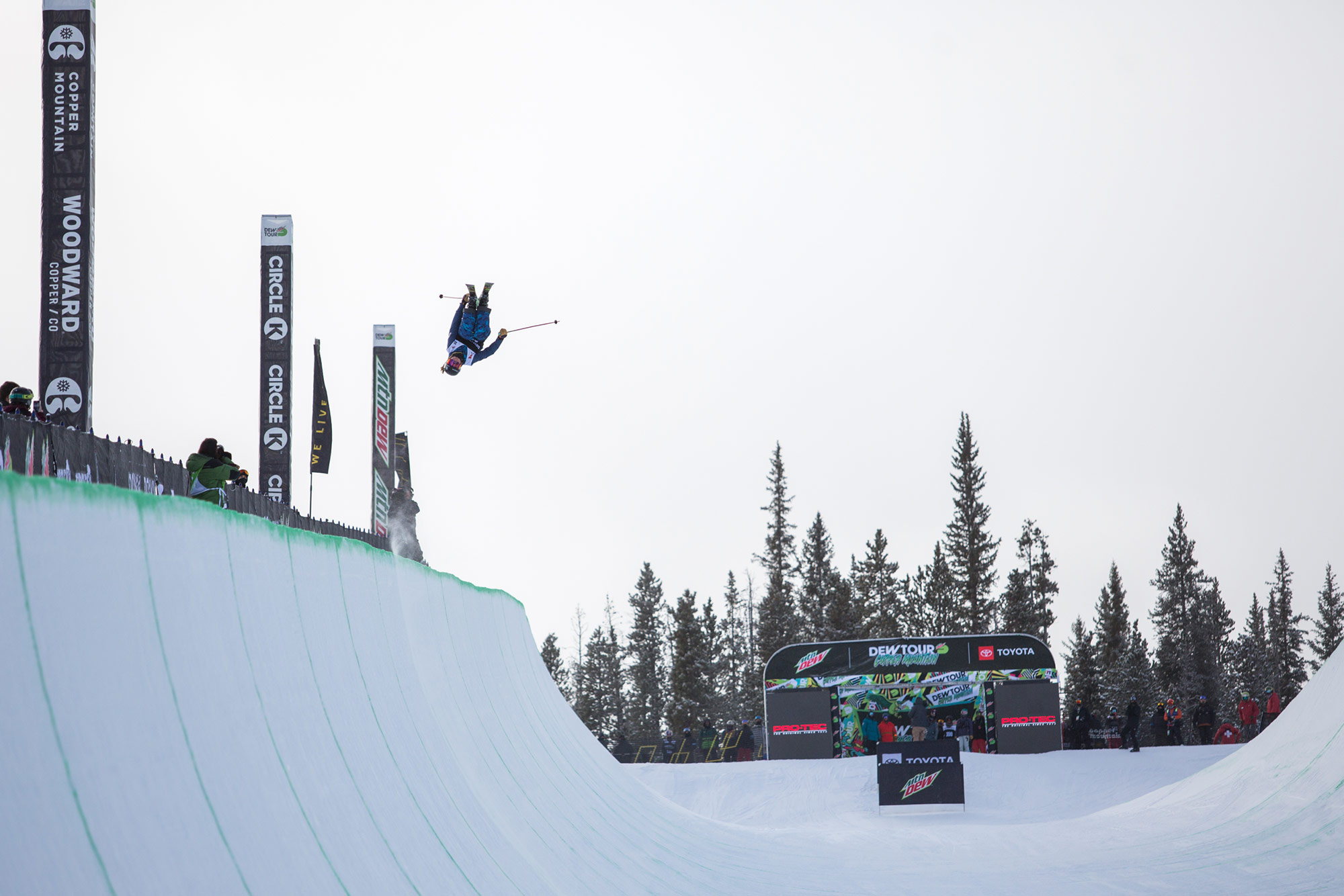 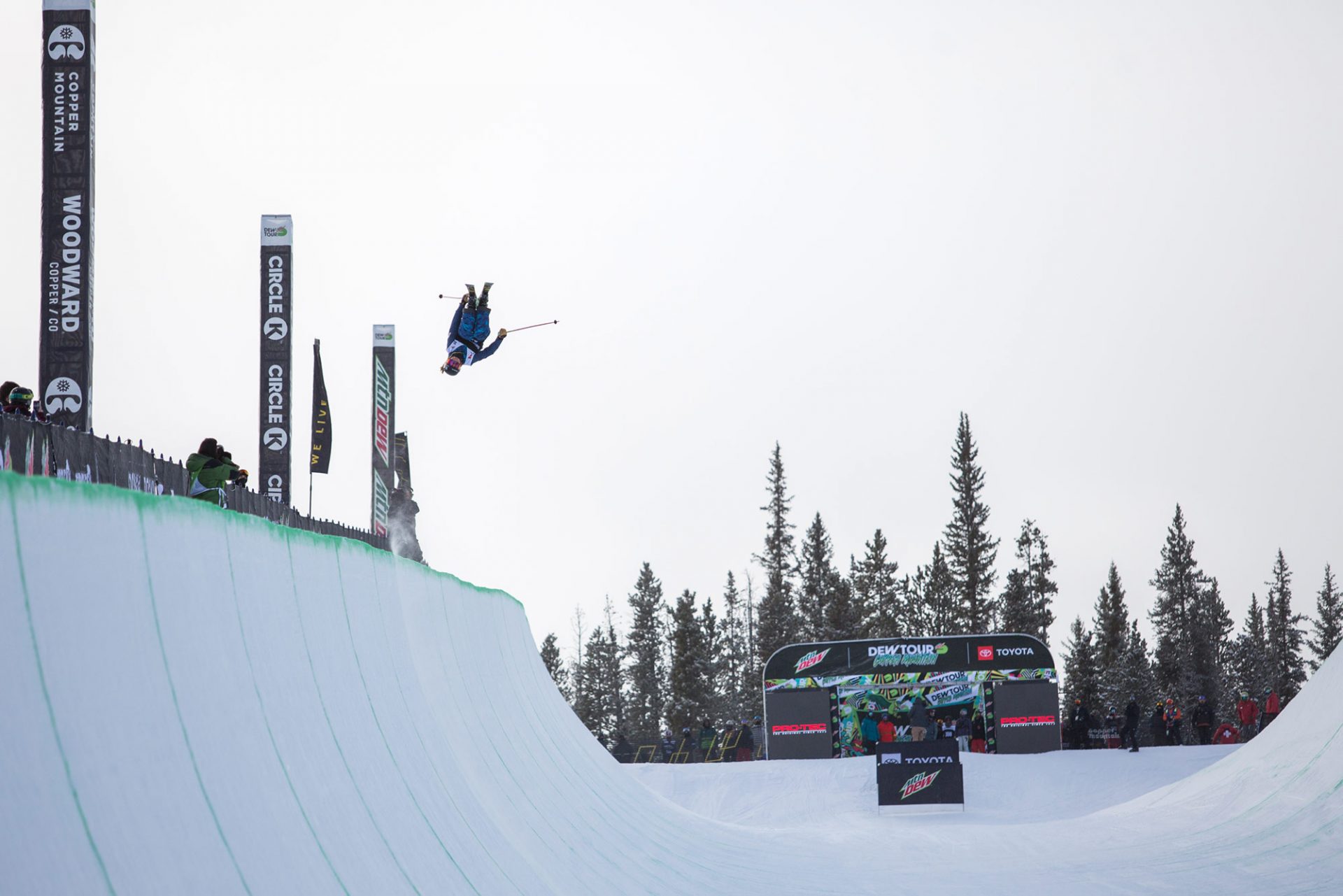 With the help of massive amplitude and a new 900, Hanna Faulhaber bagged her first major halfpipe podium. Photo: Durso

With three teenagers on the Dew Tour podium, it seems clear that a new generation of female halfpipe skiers is ready to assume the mantle of leadership in the sport.

The day also marked a further step in the return of Olympic gold medalist Cassie Sharpe. Warming back up to competition after an ACL injury last year, Sharpe showed clear and consistent improvements in her run. Even though she failed to land her left cork 1080 on the last hit, she was still able to ski to a fourth place finish. 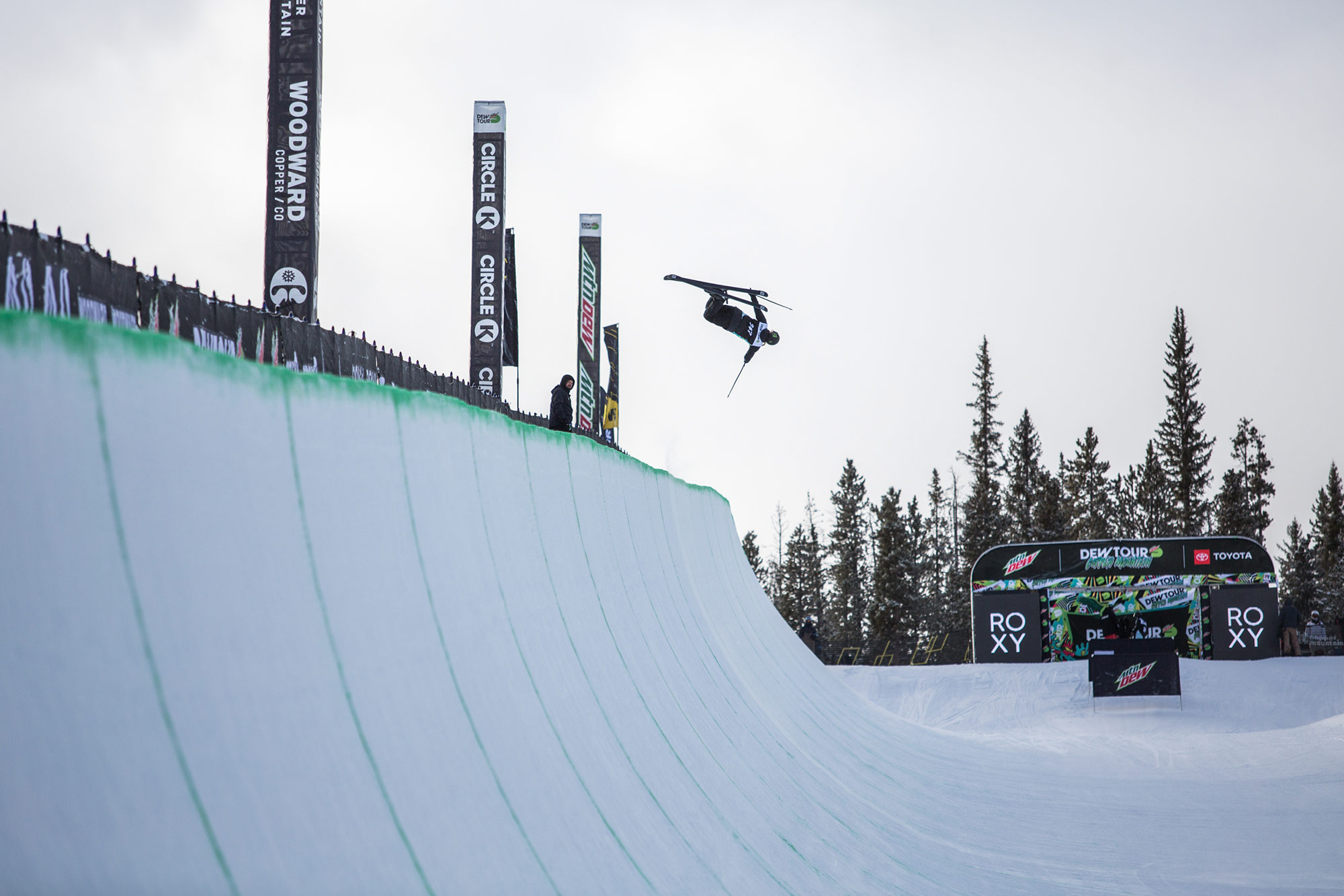 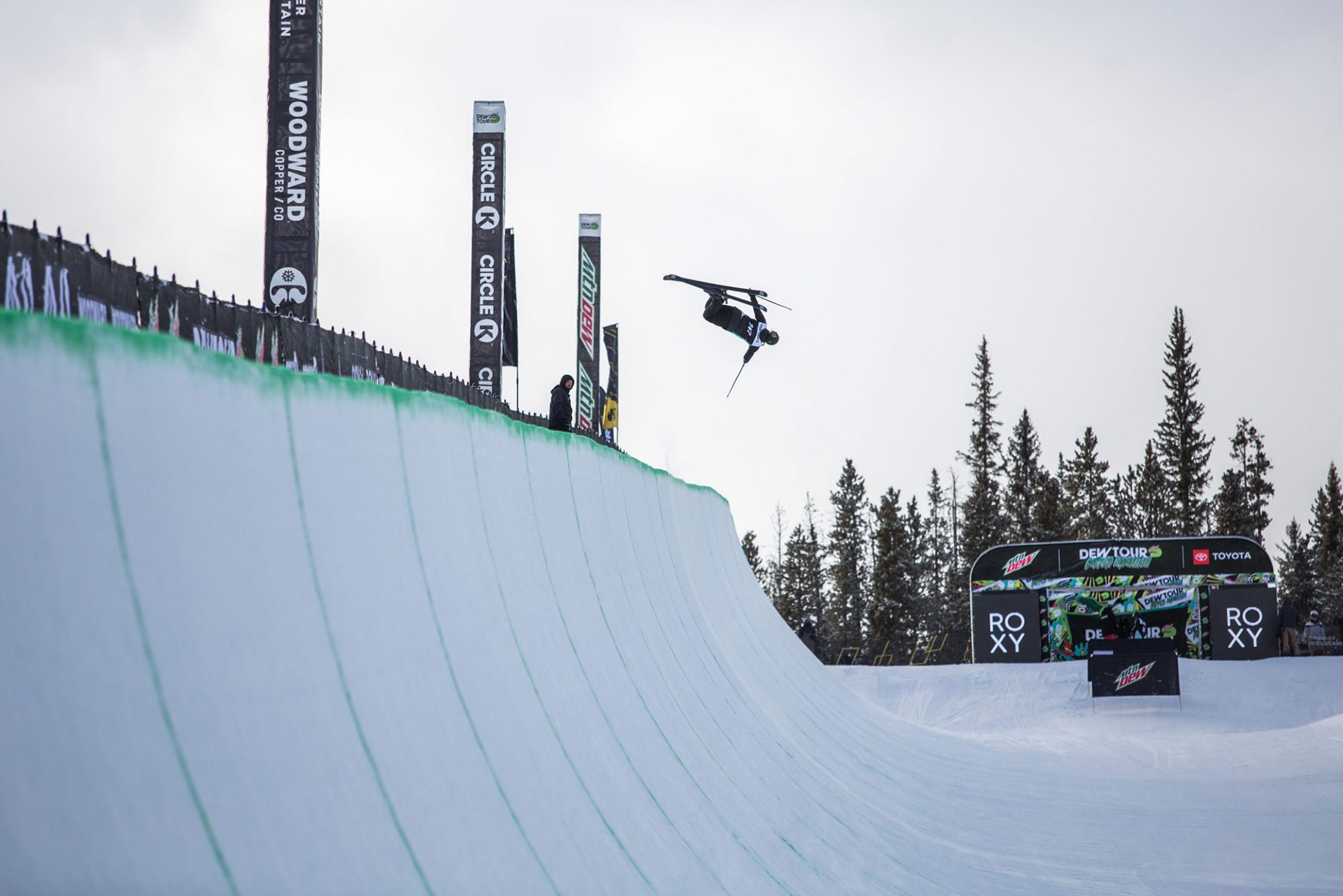 Slowly but surely, Cassie Sharpe has been warming up to her top level in the pipe. Expect her to be arriving imminently. Photo: Durso

Other head-turners included Chinese athletes Kexin Zhang and Fanghui Li, who both showed off impressive runs. Zhang’s first-hit rightside 1080 into a switch left 900 is possibly the best 1-2 punch in women’s halfpipe right now, while Li’s air to fakie and increasing amplitude in the lower half of the pipe is as clean as it is stylish. Li and Zhang landed in fifth and sixth place respectively, meaning fully half of the women’s top six places went to China. 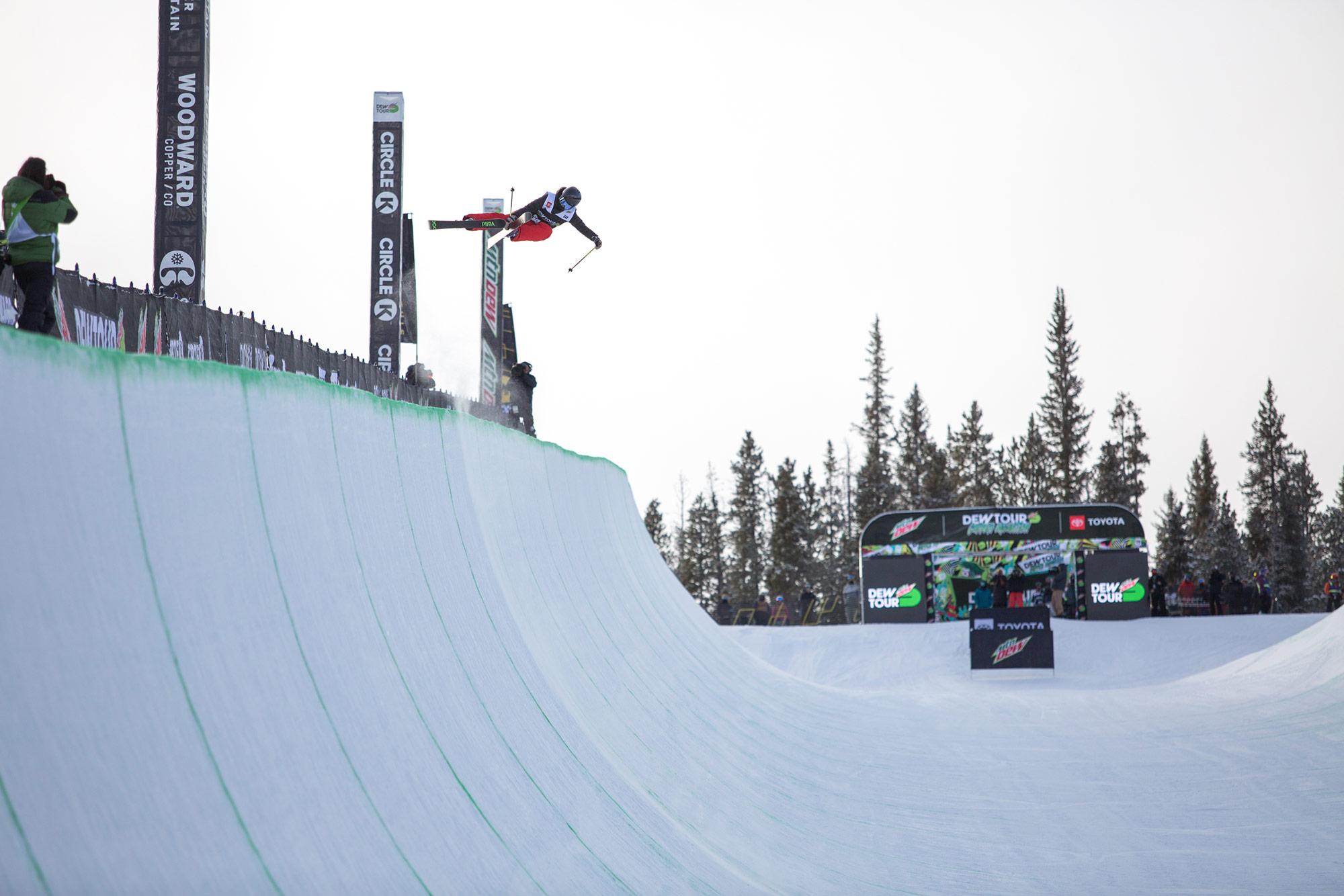 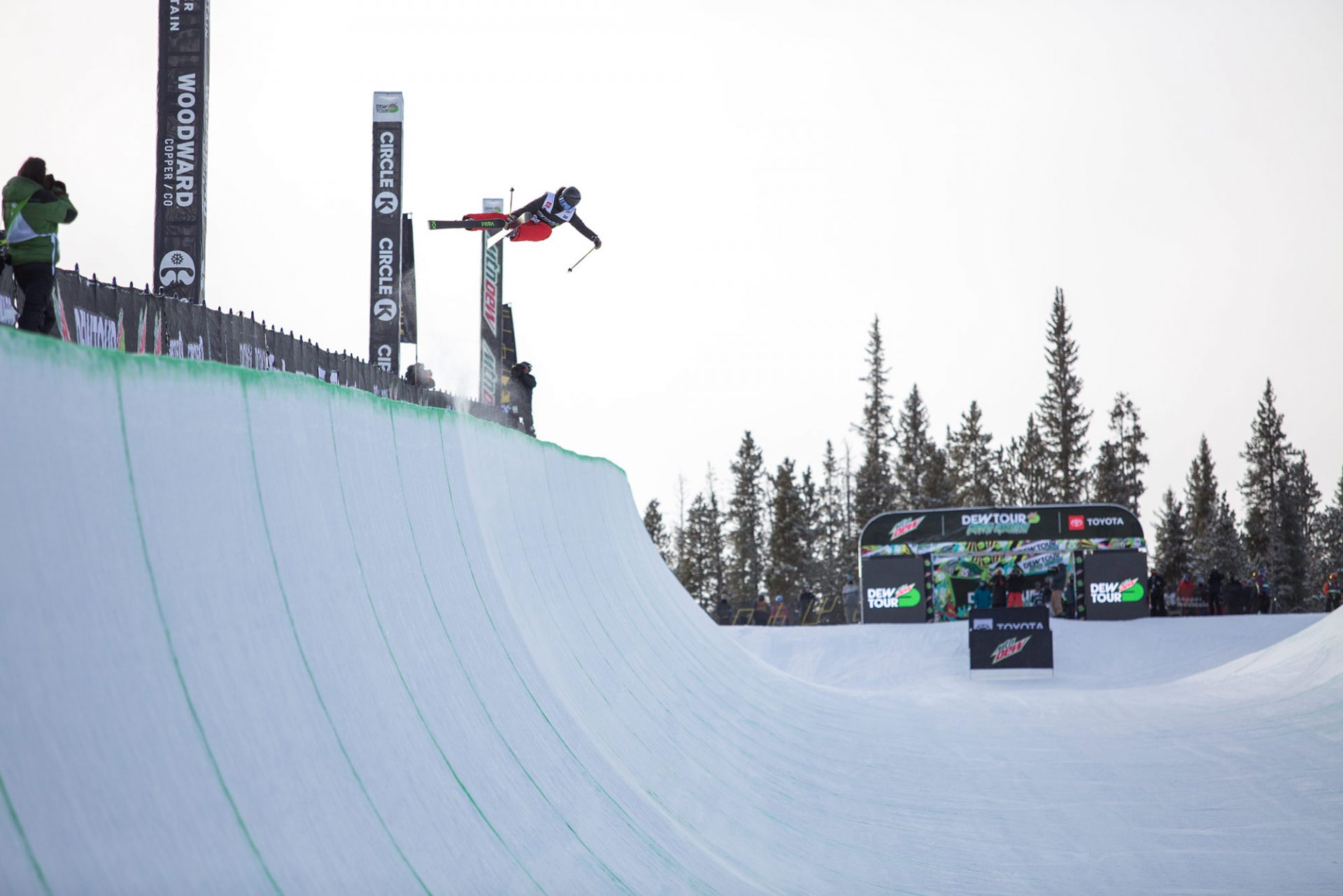 With rising talents like Kexin Zhang, the Chinese halfpipe team is one to keep an eye on. Photo: Durso

In Your Hood || Joss Christensen

In Your Hood || Joss Christensen