Fresh off his Big Air win at X Games Norway a few months ago, Alex Hall won the first World Cup Big Air event of the season in Modena, Italy this Sunday, November 3.

Got some time on your hands? Here's a full replay of the finals. (Not working? Pro tip: use a VPN client to connect to a country like Germany or the U.K.)

On the women’s side, Mathilde Gremaud took the win ahead of Giulia Tanno and Dara Howell. Howell made a strong return in her first World Cup contest after an ACL injury last year, stomping a switch right 720 safety and a flawless switch 1080 mute, while Tanno swooped into second with her signature double 1080 safety and a clean switch 900. But it wasn’t enough to top Gremaud, who landed a solid double cork 12 safety, a new contest trick for her, backed up by a fresh rodeo 900 safety to tail grab as her second trick.

“I had like the worst qualification ever, but I felt so good today,” she said after her win. “I’m happy.”

Giulia's not slouching either with her own double cork and 900.

In the men’s contest, Andri Ragettli tossed a switch double misty 16 safety that was a bit too tindy and a huge triple cork 16 truck driver that was good enough for third place, edging Henrik Harlaut off the podium, while Birk Ruud claimed second with matching double bio 1440 mute grabs to both the left and the right. But neither could best Alex Hall, whose forward double cork 16 seatbelt cuban and switch double 1440 seatbelt cuban, as in contests before, proved to be the judges’ favorite offers of the night.

Alex Hall's mom taught him to always buckle his seatbelt

This video is of Andri Ragettli, but can we just appreciate this misplaced thumbnail photo of Alex Hall for a minute?

Alex Hall had a crowd of cheering fans on his side in Modena. “That’s actually my Italian side of the family,” he said. “I’m half Italian, so shoutout to them for coming out, I’m stoked to see them here.”

“It feels good, it was a fun night,” he continued. “I kind of struggled a bit in the qualis, but it was fun to land my jumps clean and ski with all the friends in the finals.” 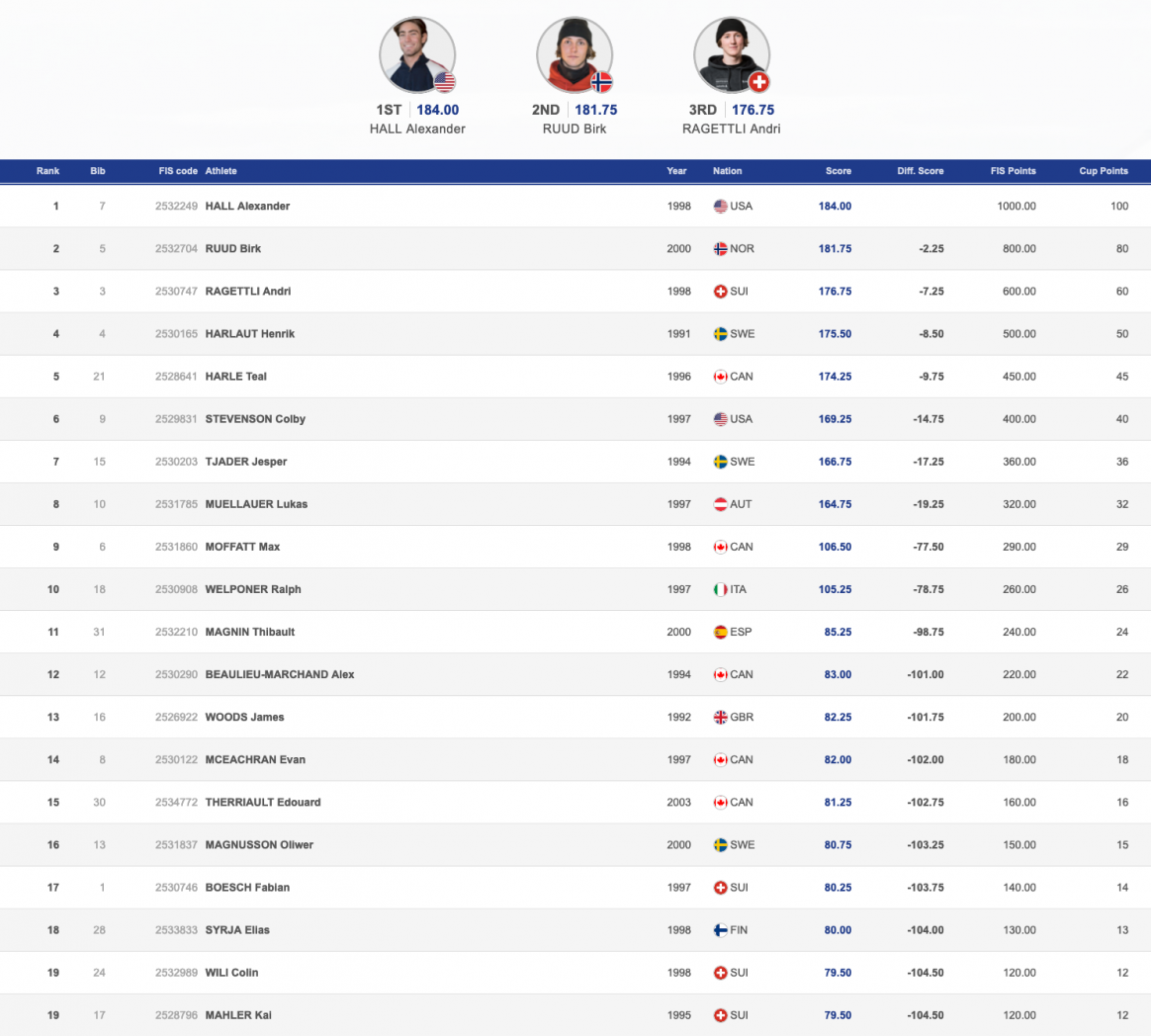 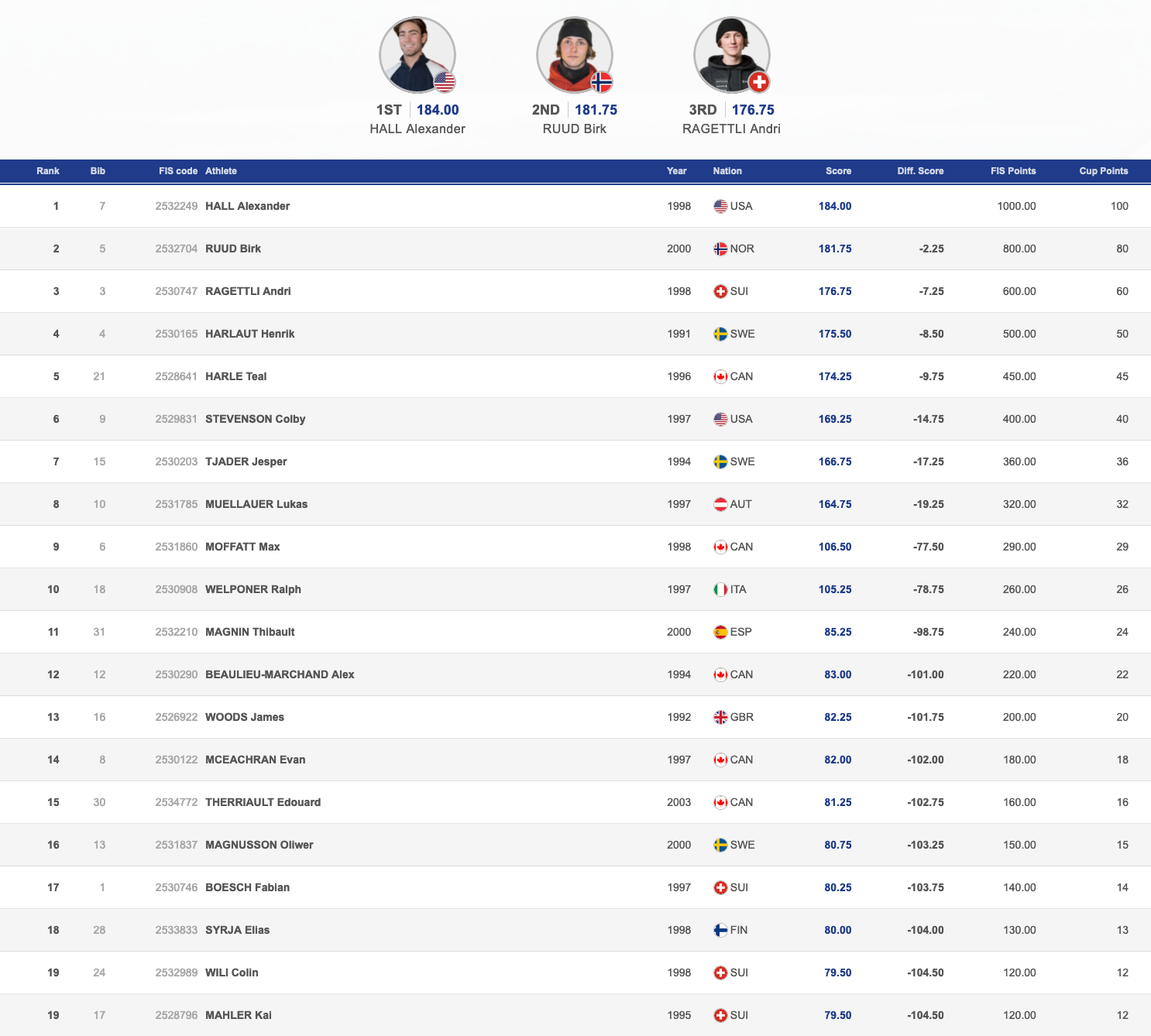 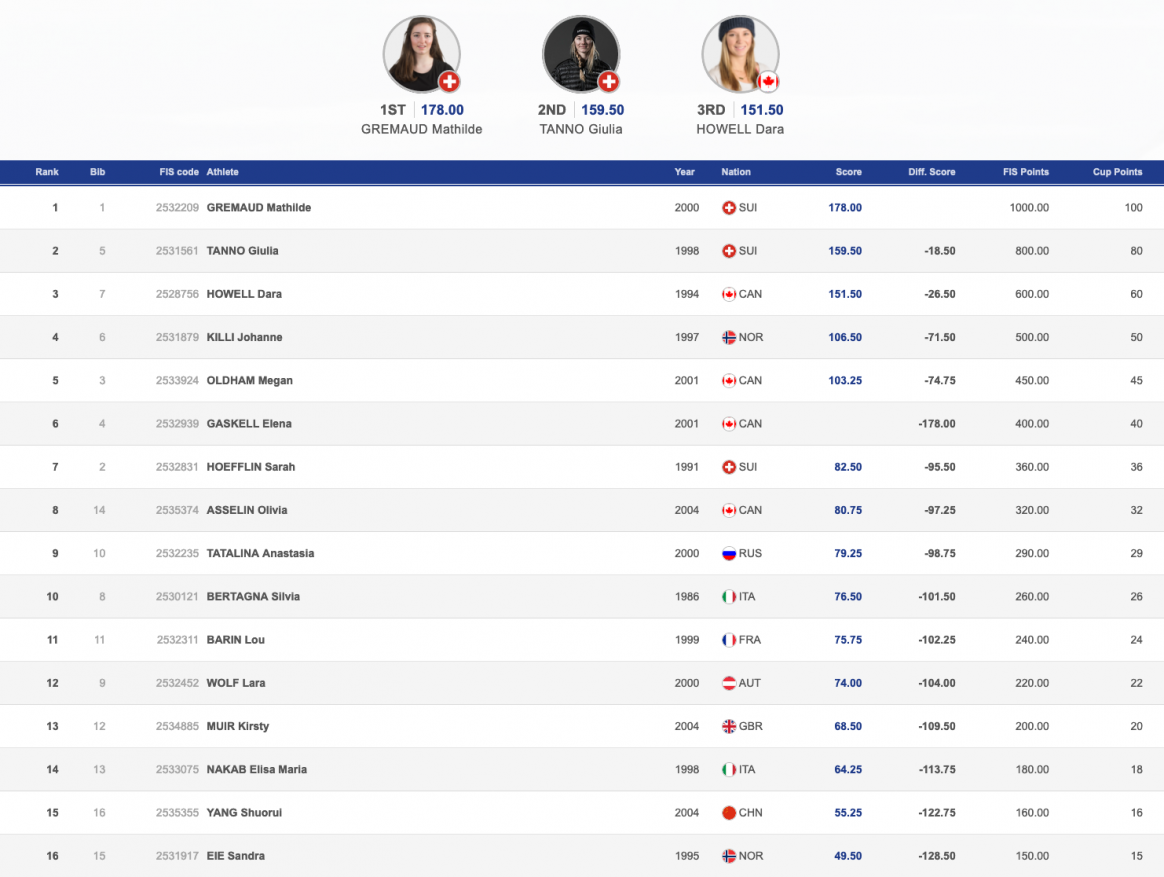 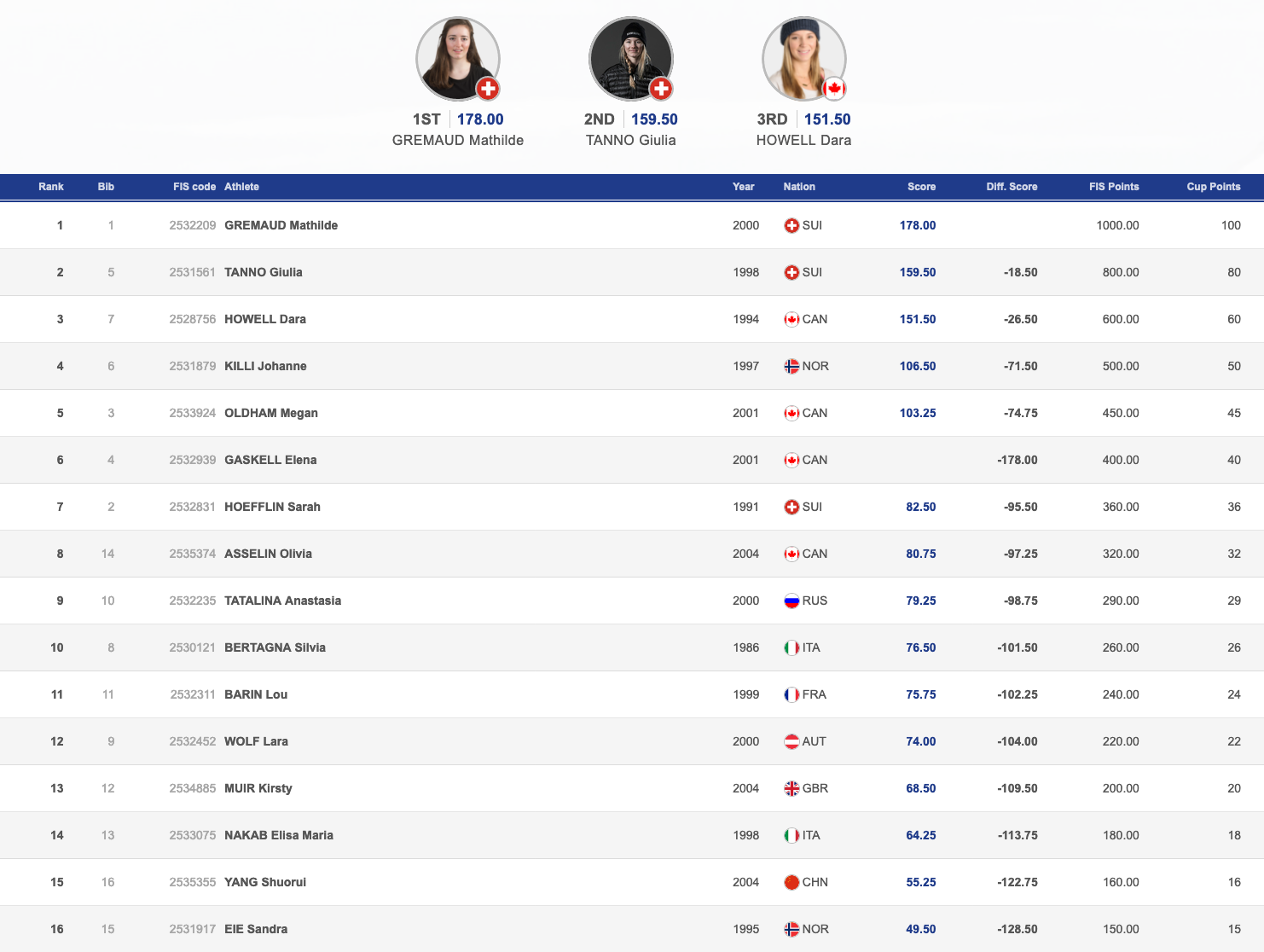 The Freeski World Cup continues later this month with the slopestyle event at Austria’s Stubai Glacier on November 21-23, 2019.

94 Seconds of Absolut Park with the Headbud Crew

94 Seconds of Absolut Park with the Headbud Crew