Still lmao about this photo from @usfreeskiteam

A-Hall carried the men’s contest ahead of Philippe Langevin and Andri Ragettli with the help of his freakish grab game, topped off with some serious heat in the rail section. In the jumps he put down a leftside double cork 1260 trailing cuban, switch left double cork 1440 seatbelt japan, and a lofty switch right double cork 900 safety. He capped off his run in the rails with a frontside 360-swap rail transfer, front 270 out and a squeaky-clean switch tails 270, blind swap, back 270 out on the final down-flat-down. His winning score: 92.11.

Get outta here with this run.

In second place, Canada’s Philippe Langevin brought some fresh flavor with a rightside double cork 12 octograb, switch left double misty 12 double safety, and a left double 10 mute. In the rails he laced up a front-swap rail transfer to front 270 out, and a massive switch tails 450 on, front 630 out of the flat-down rail that helped to boost his score into the podium range.

That switch 4 was muy heavy.

Switzerland’s slopestyle machine Andri Ragettli took the third men’s podium spot with a switch left double misty 12 mute, left triple 14 dub safety, and right dub 12 reverse mute in the jumps. In the rails, he lined up a switch on, front-swap transfer, back 270 out and a 270 on, front swap, back 450 out.

Reverse mute, what up though?

On the women’s side, Sarah Hoefflin took first with a switch left 720 mute, switch right cork 5 safety, and right misty 720 mute in the jumps, playing it safe in the rails with a back 270 out and a front 270 out. On her second run, she stepped it up in the rails with a back 450 out, into a switch 270 on to switch — but the judges apparently took note of the fact that she crashed into the fencing on the side of the run immediately afterward.

Her second run was better, except for the crash into the fence. Oh well.

American rookie Eileen Gu snuck into second place with a switch left 540 uncrossed blunt, right 720 tail and a clean left rodeo 5 safety in the jumps, followed with a backside 450 out and a stomped right 270 on, 270 out.

Lookin' clean in the rails, and on that solid rod 5.

Third place went to Giulia Tanno, who put down a left 540 safety, switch left 900 tail and a right cork 7 tail in the jumps, backing it up in the rails with a backside 450 out and a loose-but-lit switch lip 2 to switch on the last rail. Though her form on the last trick probably hurt her score a bit, on replay it’s hard not to think that this run was a bit underscored.

Gotta throw some props out for this switch lip 2.

Font Romeu this week didn’t look like the most inviting place to be holding a slopestyle contest, with not much of a snow base to speak of, and hard winds that forced a delay of the qualifications planned for Friday. Both qualifiers and finals were packed into the day on Saturday, the wind thankfully letting up enough for the contest to be held. The course itself also didn’t look all that inviting, with some obvious speed issues in the jump line and the windswept, icy landings not helping at all either. 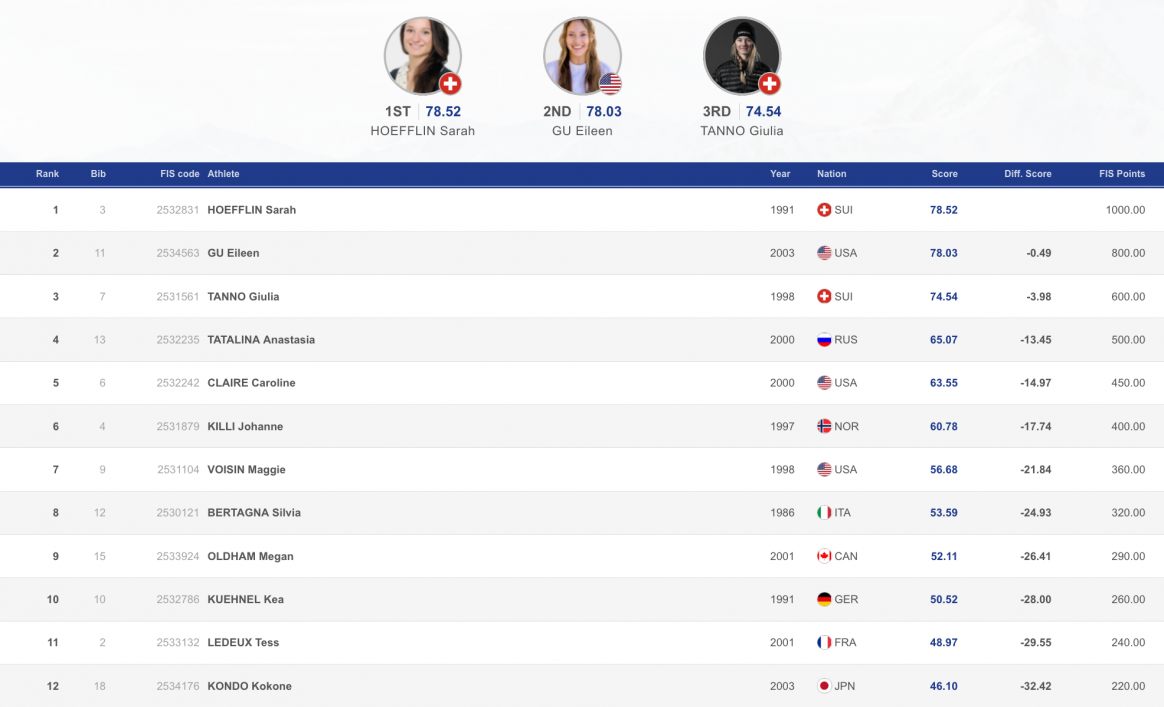 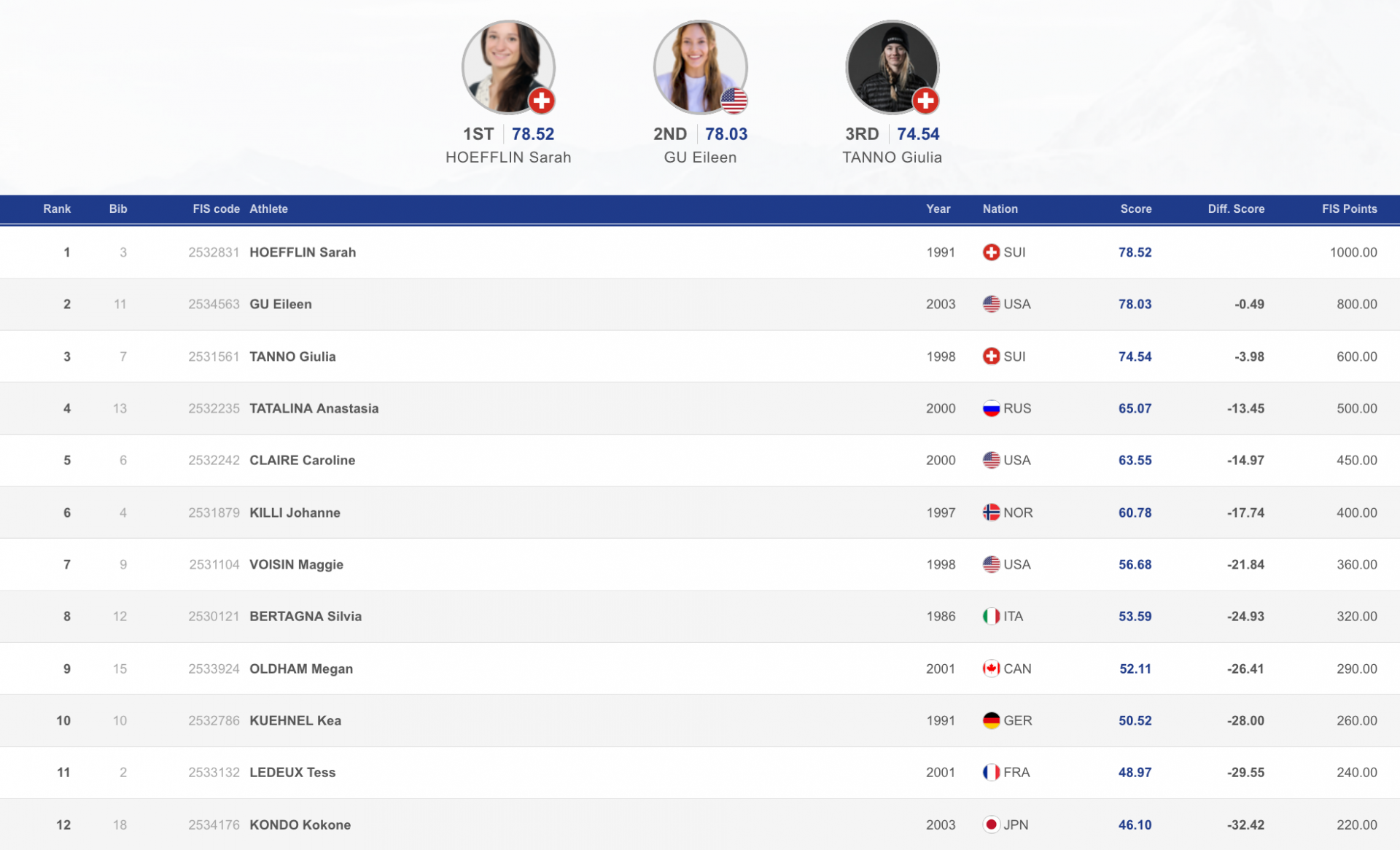 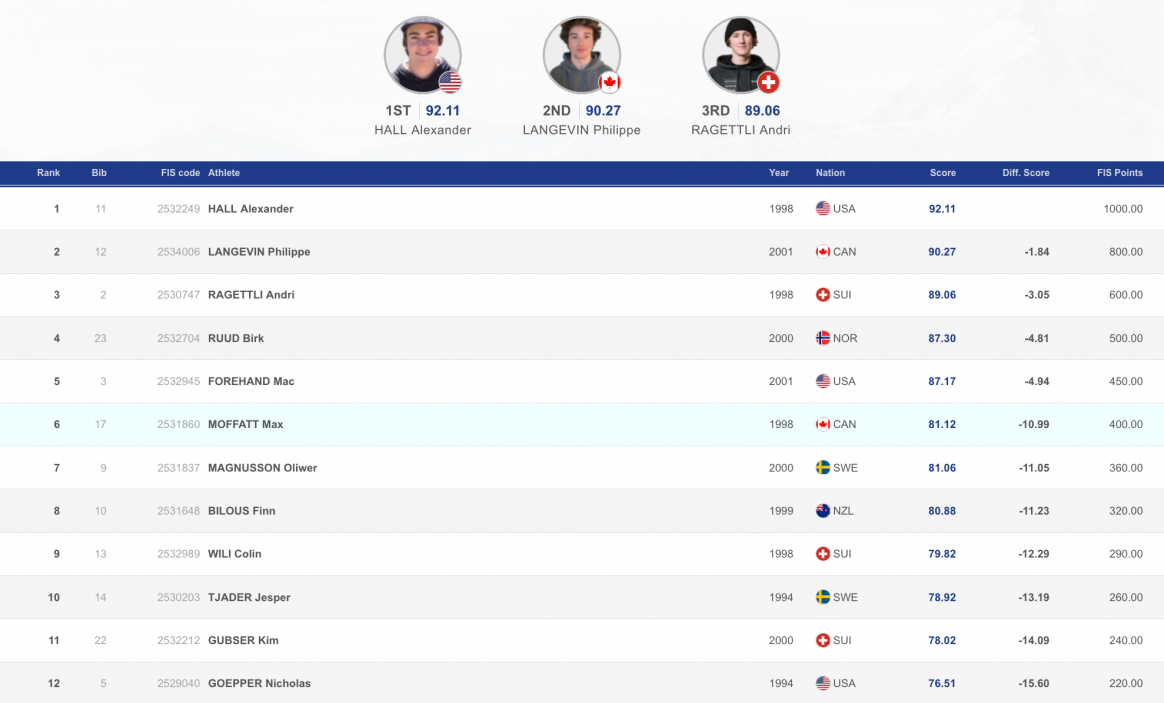 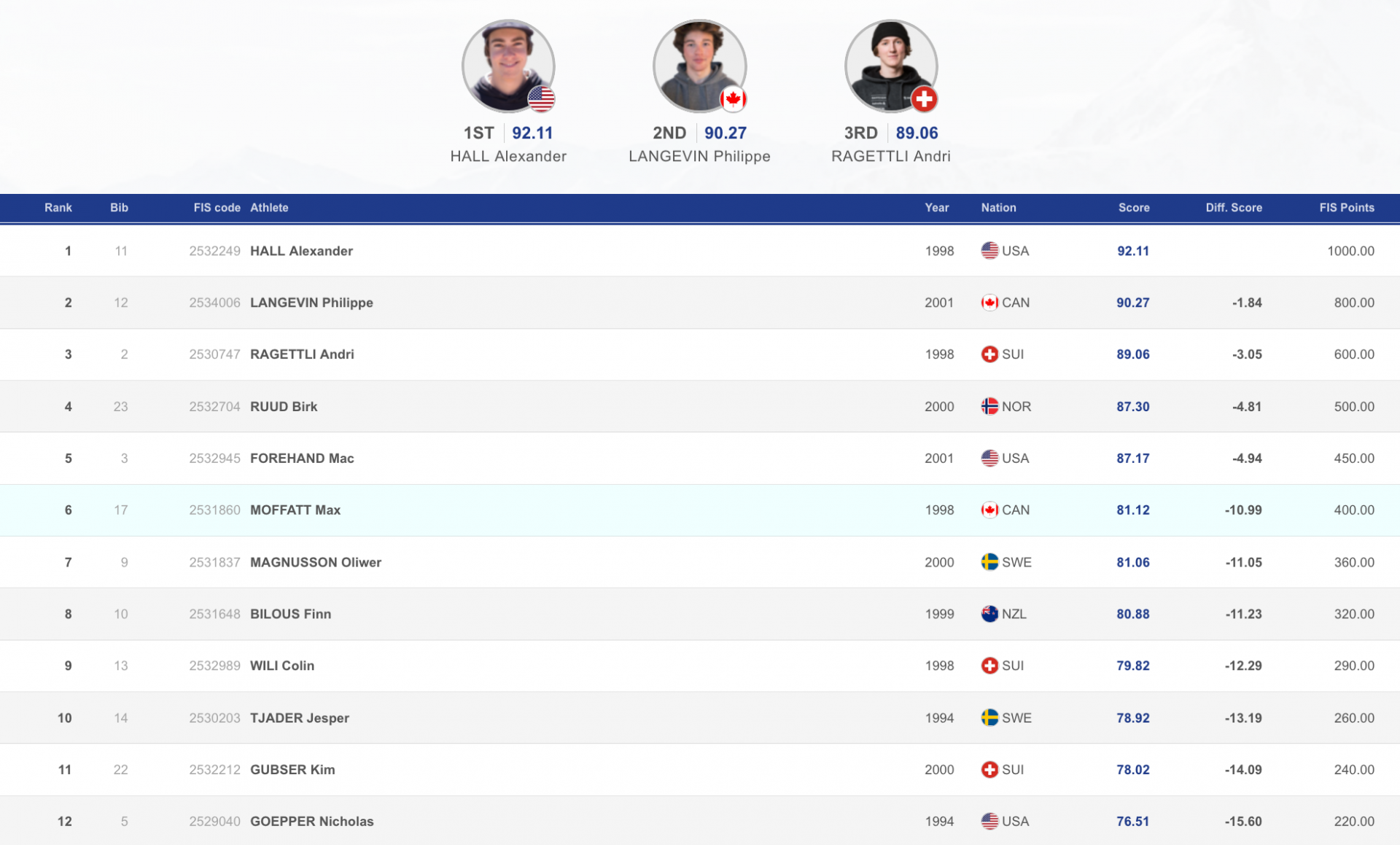