Traveling around on the competition circuit, there’s a famous saying that seems to ring true at almost every event: “If you need snow, hold a competition.”

This was indeed the theme at the 2020 Winter Dew Tour, as the new host resort Copper Mountain got slammed with heaps of snow over the weekend. The Men’s Slopestyle qualifier was originally supposed to take place on Thursday, but with the storm rolling in, the 16-man qualifier turned into a final that was pushed back to Saturday. Friday was a powder day for the entire state of Colorado that many, myself included, believe to be one of the deepest powder days that we’ve gotten the chance to ride here. Generally at a competition, it’s best to try to avoid bad weather. In this case, the mantra of “powder over park” took precedence as the majority of the competitors headed out for one of the best pow days of their lives. 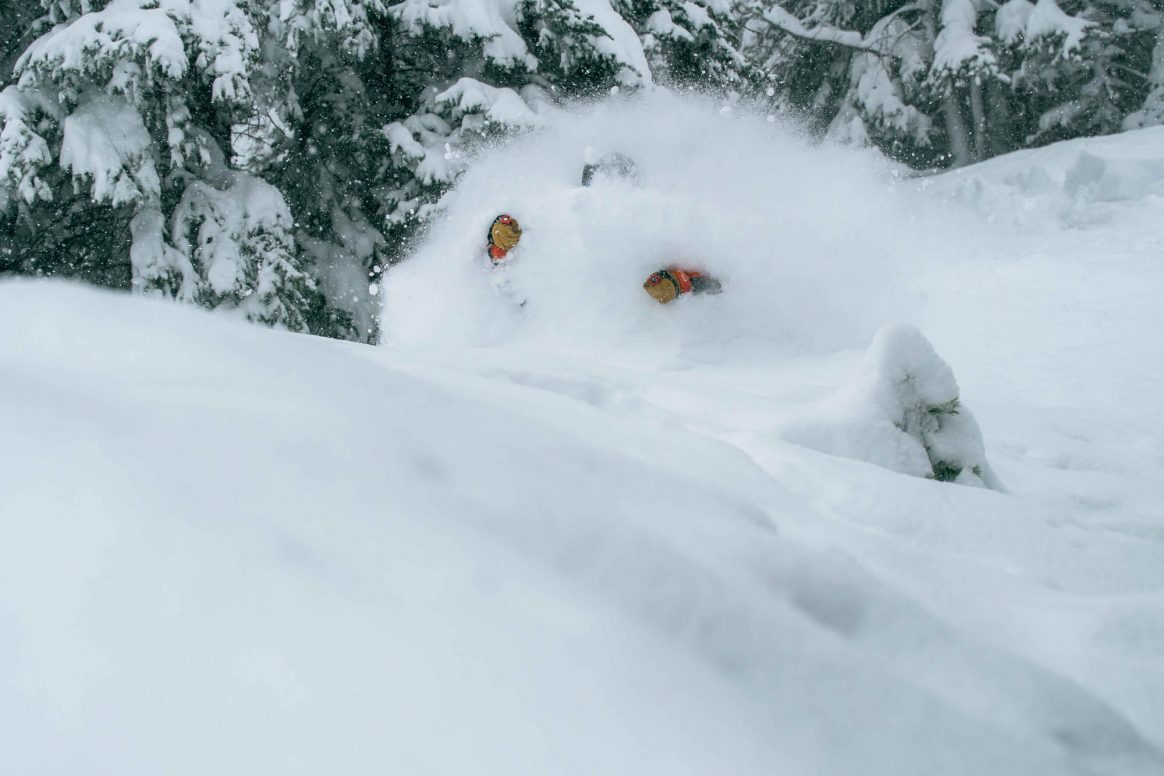 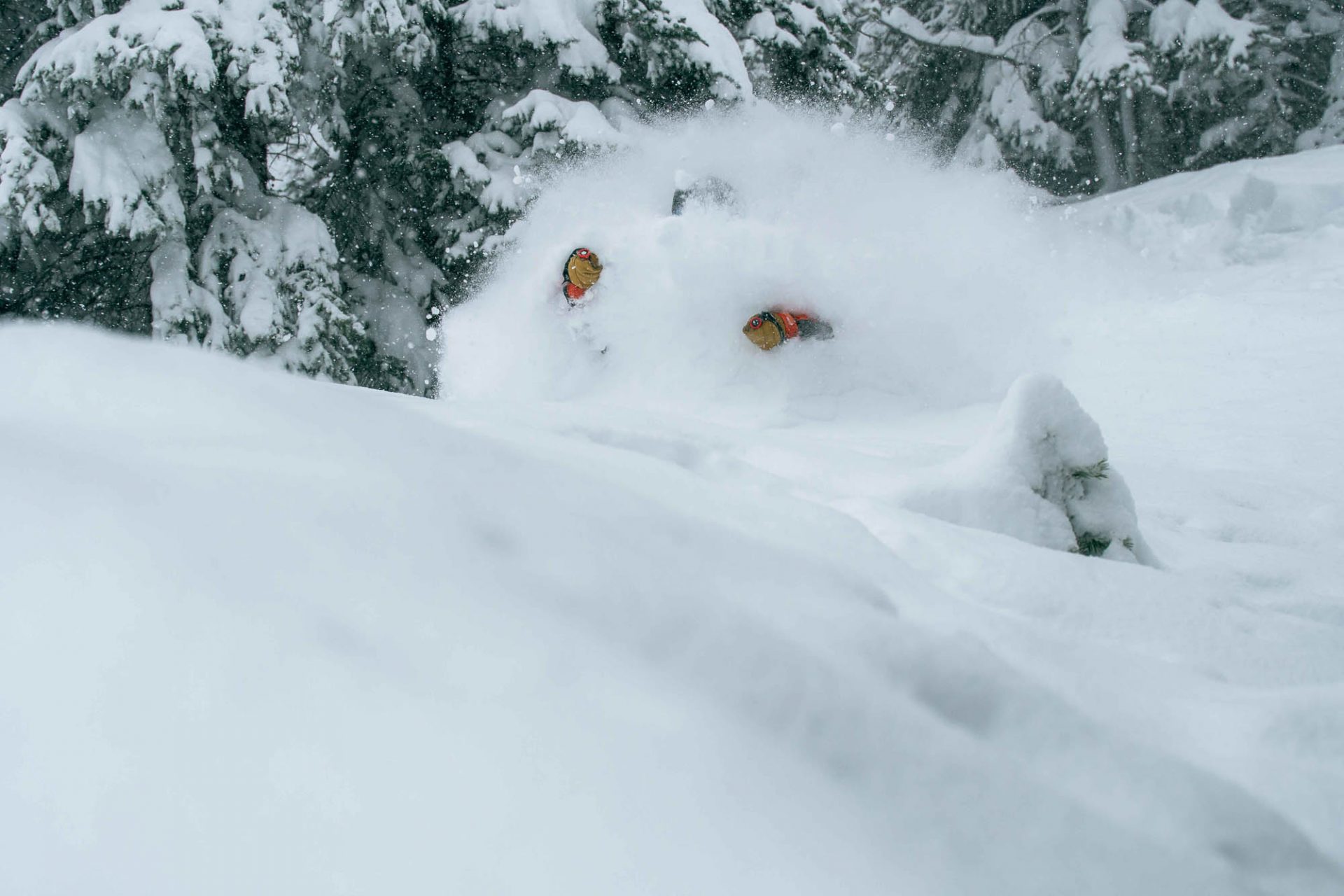 The old mantra rings true again: want it to snow? Hold an event that depends on good weather.

While Friday was an epic day for pow skiing, Saturday was go time for competitions. With some doubts at first if there would be enough speed for the jumps, the Dew tour staff worked their butts off to get the course ready, with crews working throughout the night to clear the new snow from the park.By the time the 8:45am practice session rolled around, both the snowboarders and skiers were able to clear the jumps.

Due to a slight delay in the snowboard competition, the men’s ski final began around 2:45pm. There seemed to be something of a tired mood among the competitors, since they’d been waiting for hours since their practice. But if they showed any bit of exhaustion before, it didn’t show at all during their runs. The entire competition was a strong display of skiing with almost every rider putting down a solid run. 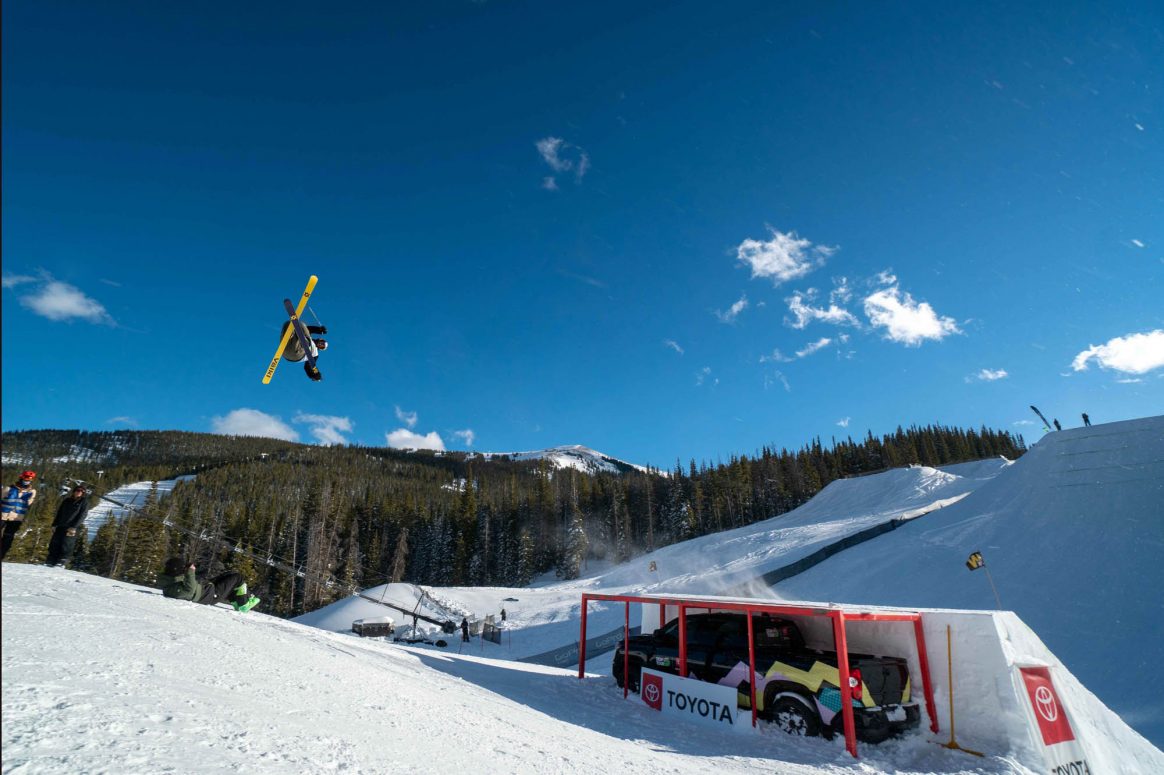 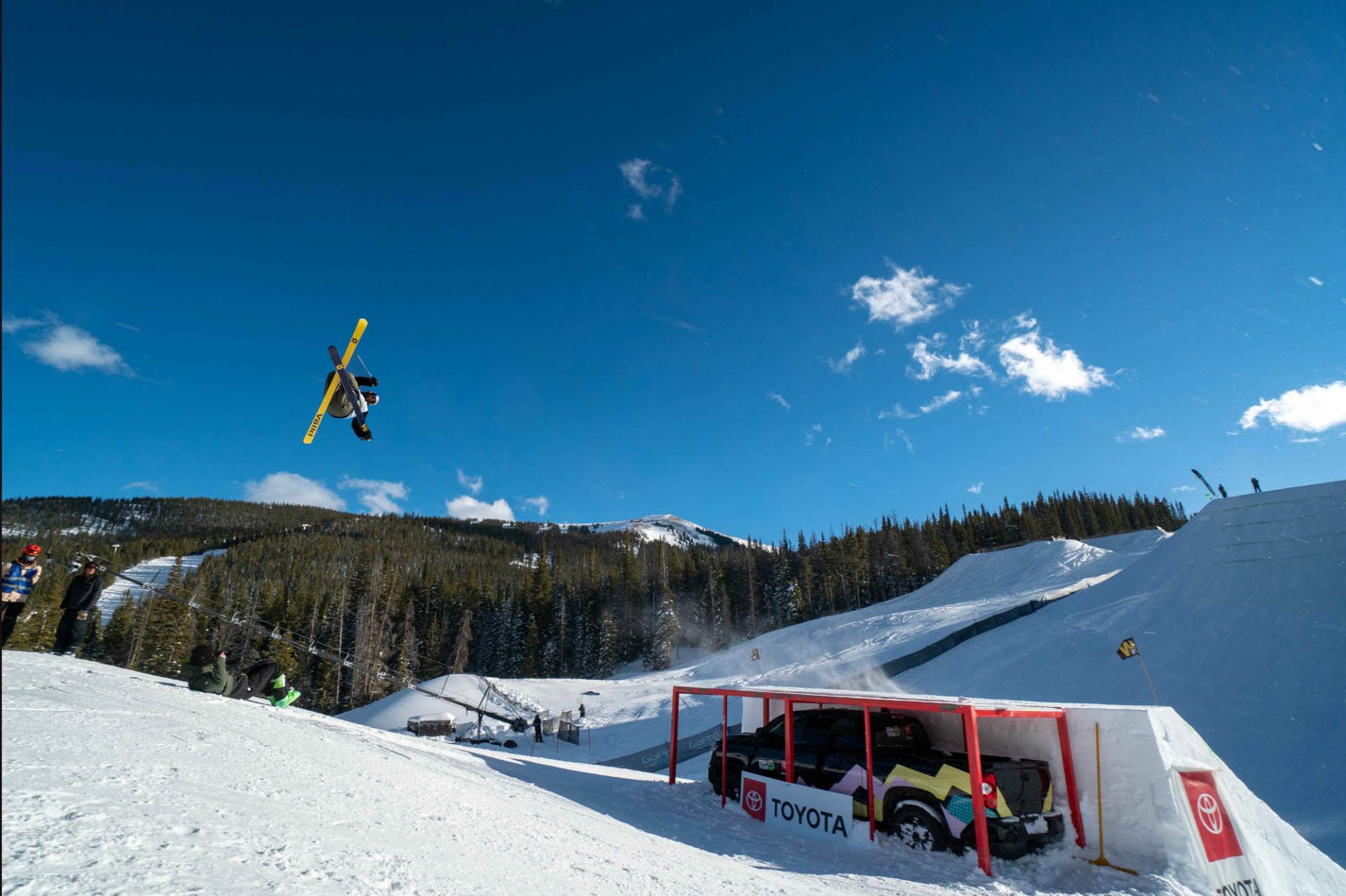 Clearing the jumps was no problem for Øystein Bråten.

Some notable mentions from the first run were Colby Stevenson, as he shouted at a cameraman to please move before landing a solid switch on to front 360 swap on the transfer rail, and a jump like featuring a left double 1620 stalefish, putting him in first place for most of the heat. He was followed shortly after by Andri Ragettli, who put together a clean offering with a decent rail run of 450s and pretzels, and ended on his jumps on a high note by showing variety with his switch double misty 1260 into a double cork 1620 tail grab.

Heading into the second run, Dew Tour rookie and originally the third alternate, Christian Nummedal shook up the leaderboard with a huge run that started off with a left 450 on to back 450 out, and finished with a jump run showing the most significant amplitude seen throughout the day and capped off with a double cork 1440 blunt. The run catapulted Christian into the top spot with a 94.00. 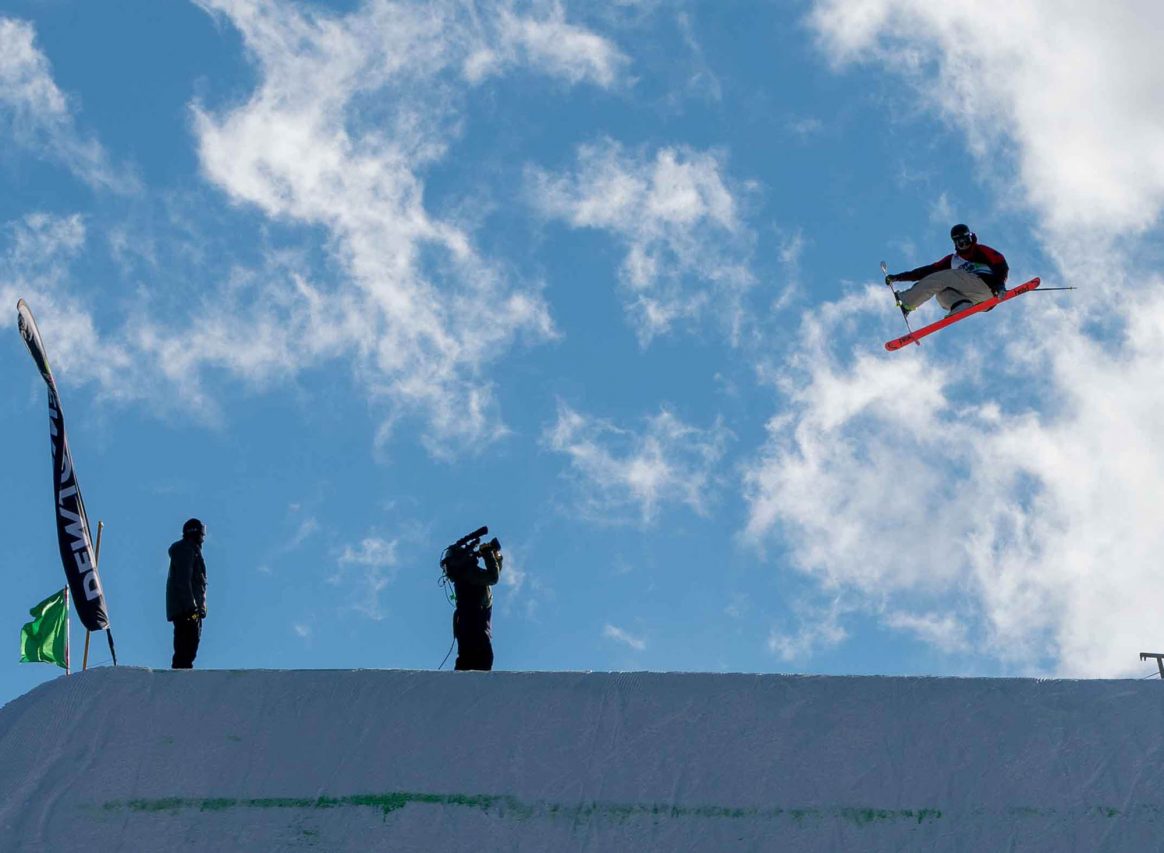 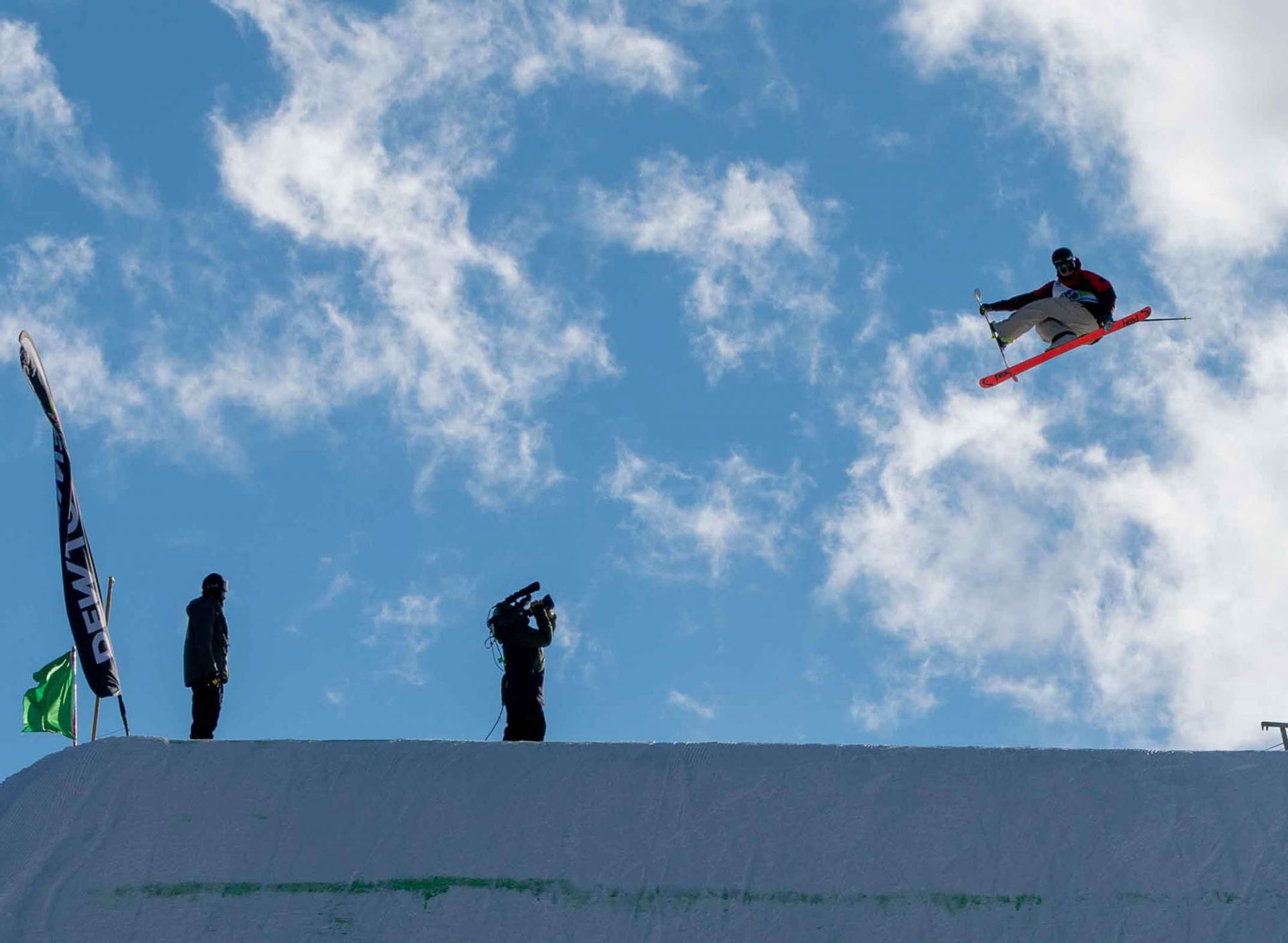 Alex Hall was second to last to drop, and laid down a solid run beginning with a backslide back swap pretzel 270, a 270 to tail tap off of the cannon, and finishing up with high-scoring jump run that ended with his singature switch double cork 1440 double seatbelt grab. Although a clean run and very stylish from top to bottom, this only put Alex in second place with a score of 93.33. This meant that the last person who could take the top spot from Christian was the returning champion, Evan McEachran. Evan had landed his first run and was currently sitting in fifth place. He dropped in for the same run, and cleaned it up by fixing a bobble he’d made during his first run. Although he was able to land an even better run, unfortunately this wasn’t enough to make the podium, moving Evan up to fourth place with a score of 91. 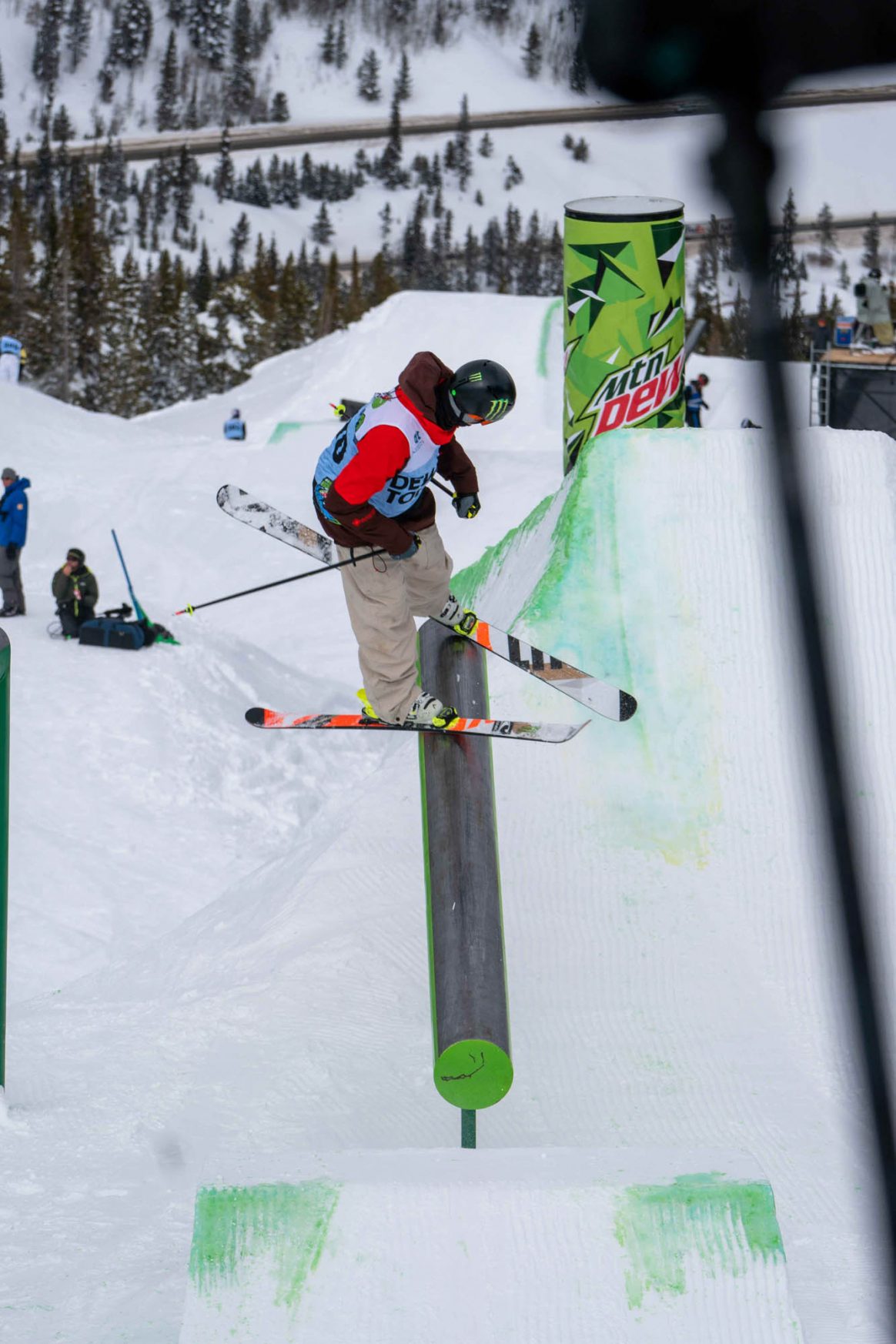 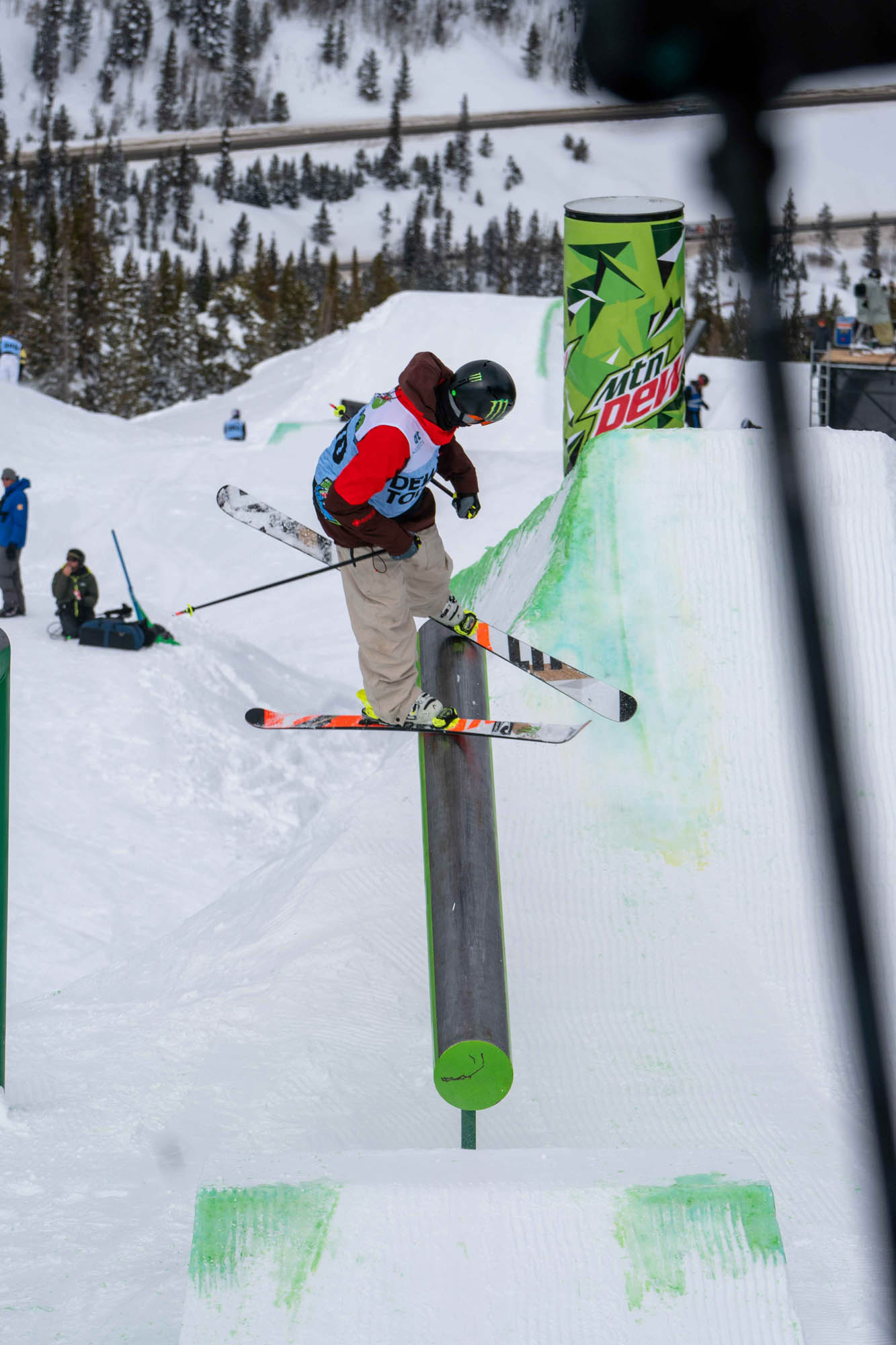 Evan McEachran made moves for the podium, but the judges thought otherwise.

Against all the odds of starting as an alternate to the competition, Christian Nummedal pulled off the victory against the world-class field of athletes. Although more known lately for his big air skills, Christian showed everyone today he is a force to be reckoned with on the Slopestyle course. After the contest, Nummedal recapped by saying, “I can’t believe that I actually ended up winning. Coming into the contest as a third-alternate I was happy that I got to even ski. It’s so surreal, and I’m so thankful. Thank you, Dew Tour.” 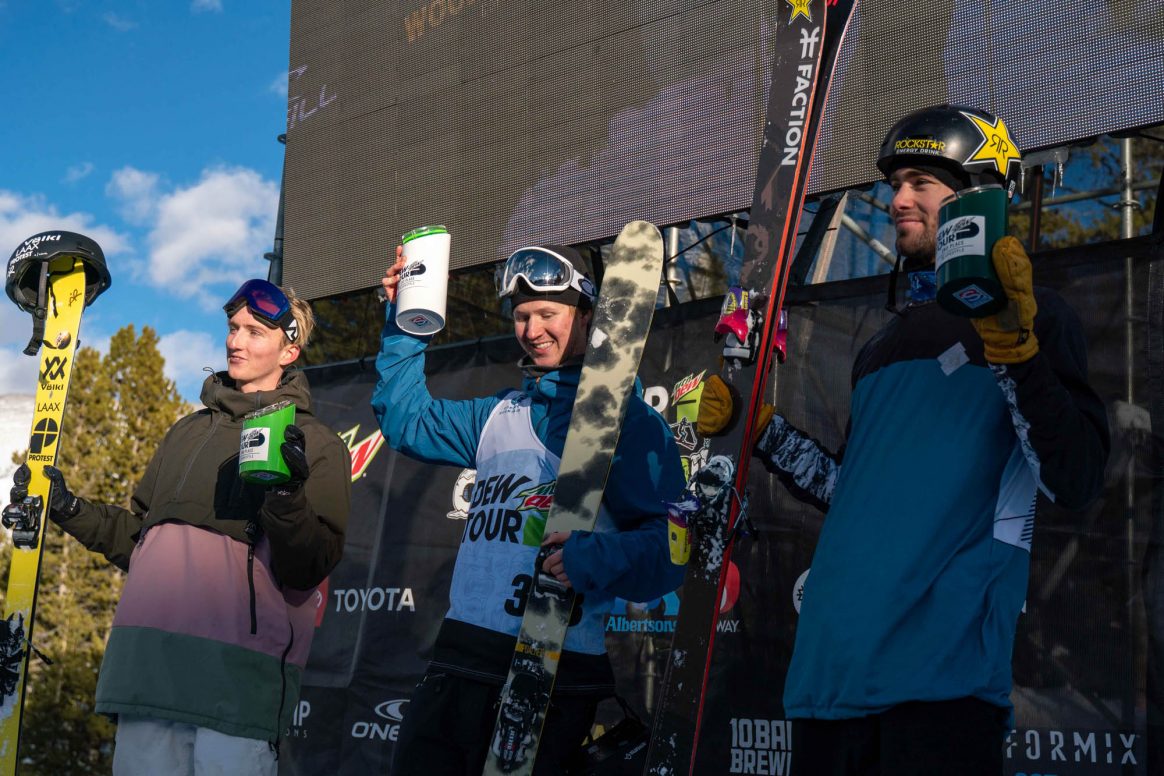 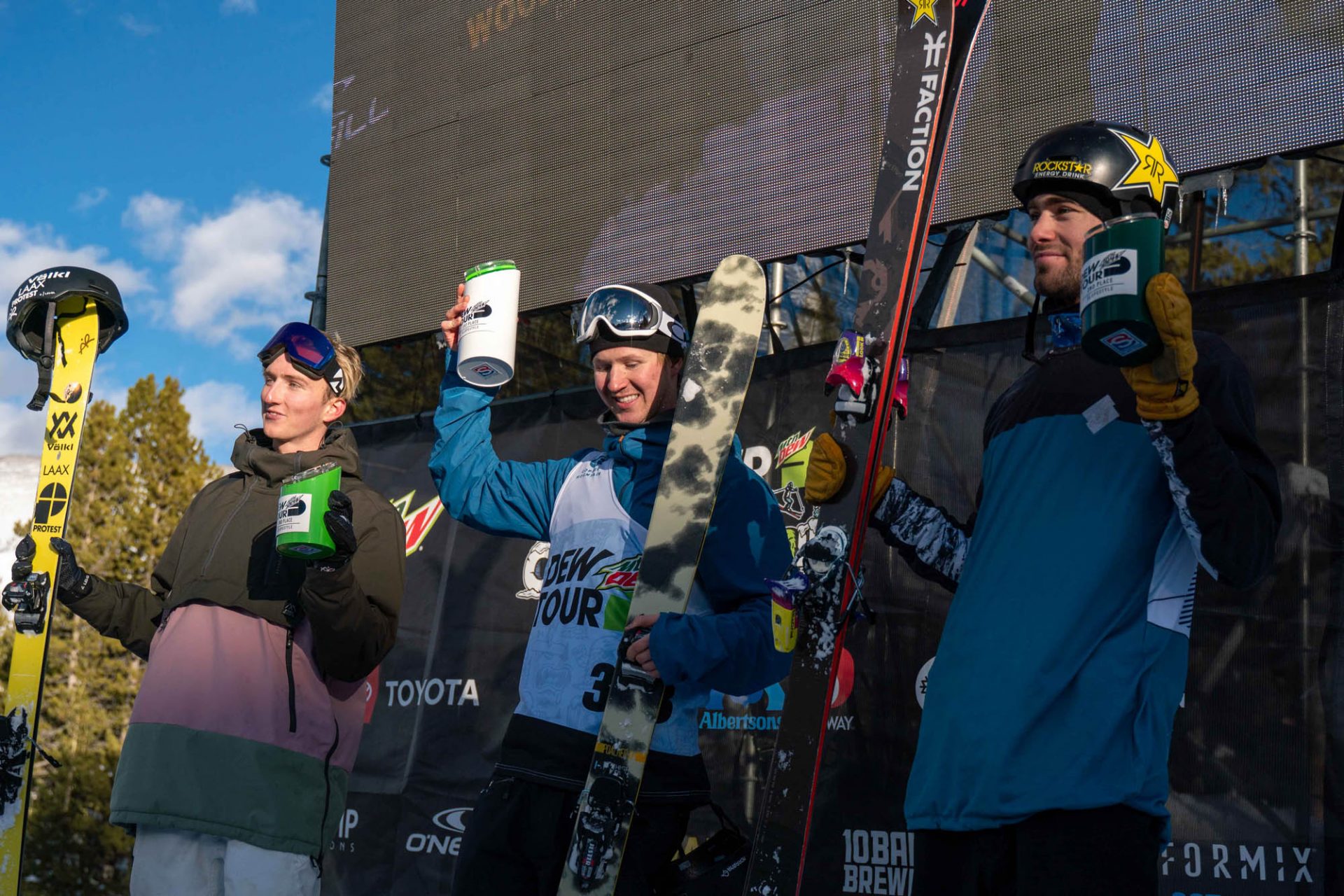 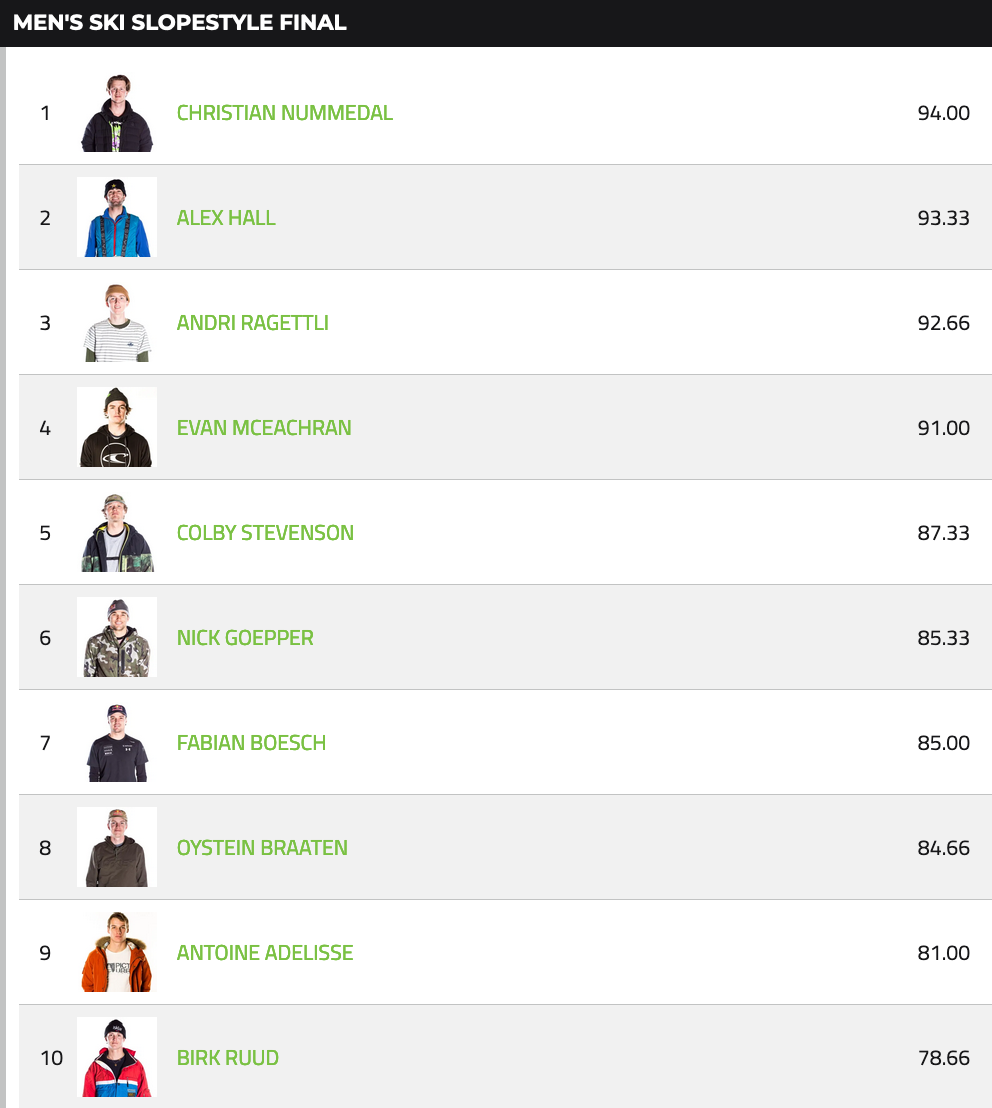