Canadians Rachel Karker and Cassie Sharpe stole the show at the women’s contest in the Dew Tour Modified Superpipe on Friday, nabbing first and second place ahead of six Americans. Devin Logan took third, while frontrunner Kelly Sildaru bowed out of the contest with an injury.

The Dew Tour’s Modified Superpipe is specifically designed to throw a wrench into the normally standardized workings of a halfpipe contest. It certainly achieved that goal during Friday’s event, as competitors struggled to adapt their runs to the unorthodox transitions of the mod-pipe. In particular, the women had some trouble getting tricks on the “cat’s paw” feature, the final halfpipe hit to a regular jump-style landing — leading one to wonder if the judges chose to discount performance on that and other non-traditional features, and focus scoring on tricks in the normal halfpipe segment of the course. 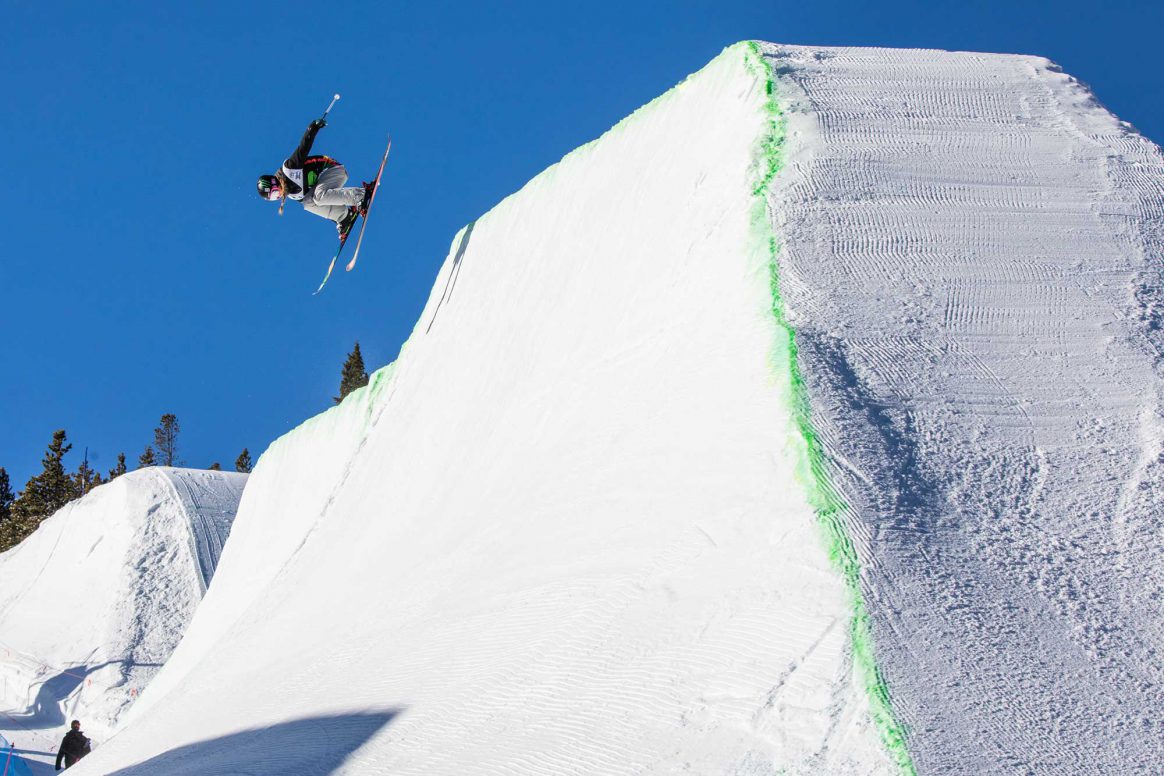 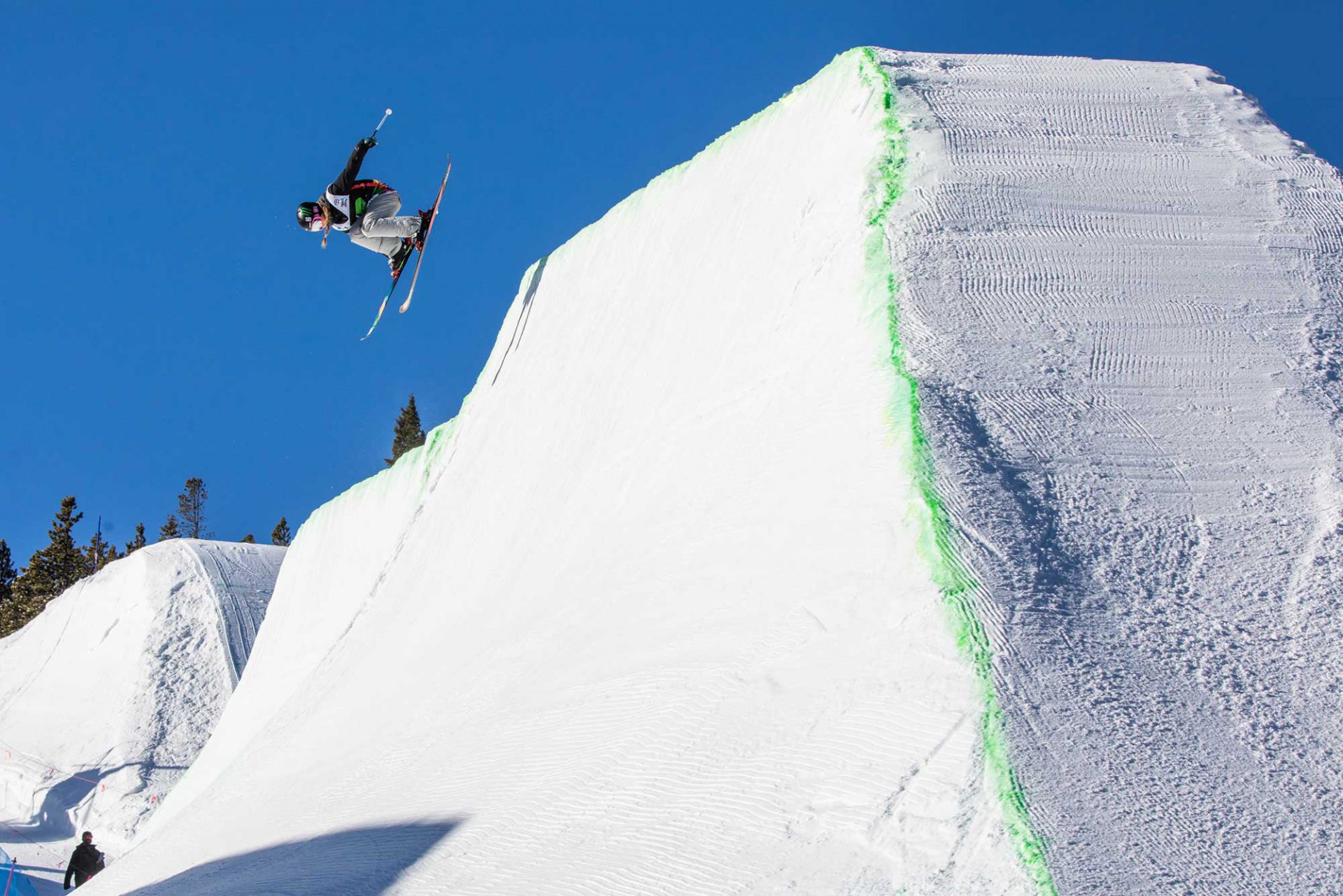 Things kicked off with a slow Run 1, during which no woman was able to post a run above the 50s. Karker was able to step things up on her second run, receiving the first score in the 80s with a pair of flairs, a nice cork 900 and a cork 720 on her final hit. Devin Logan put down her best run of the day with matching left and right 540 japans, a big 540 on the cat’s paw—the only real full-sized trick of the day on that feature—and capping it off with a switch 540. Her score, a 71 even, would be good enough for third place—but was arguably the best overall performance from top to bottom on this mod-pipe setup. 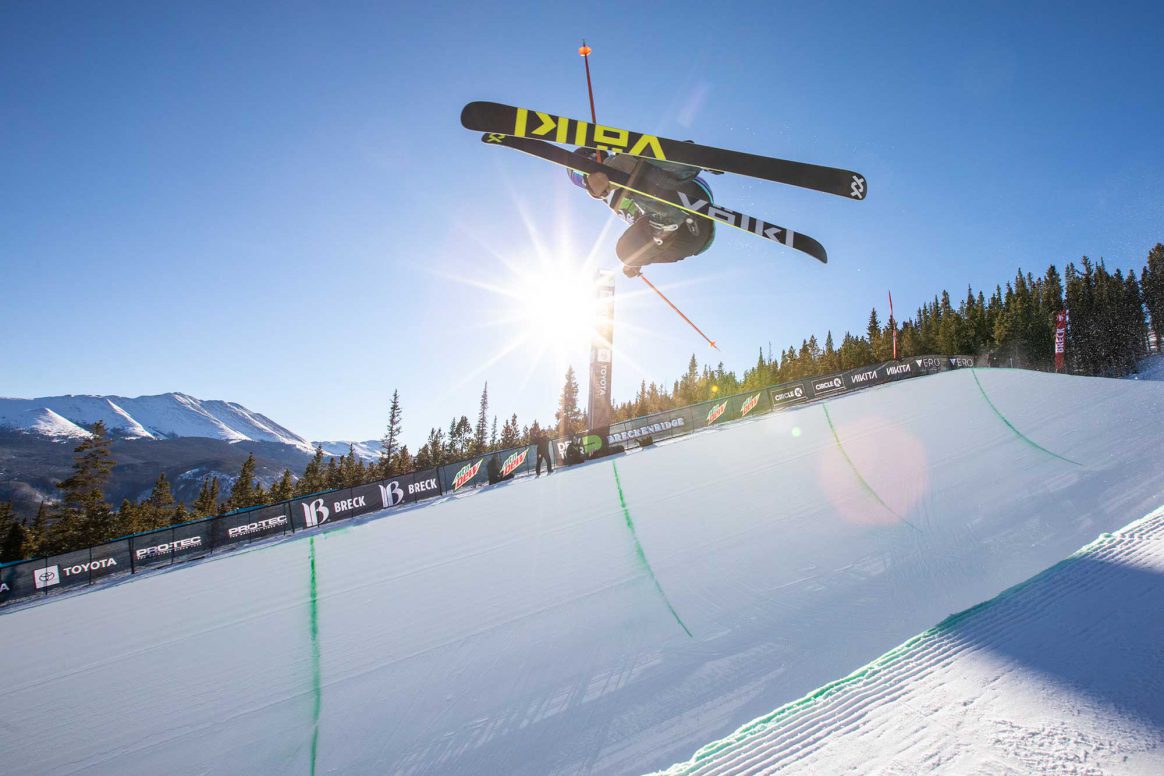 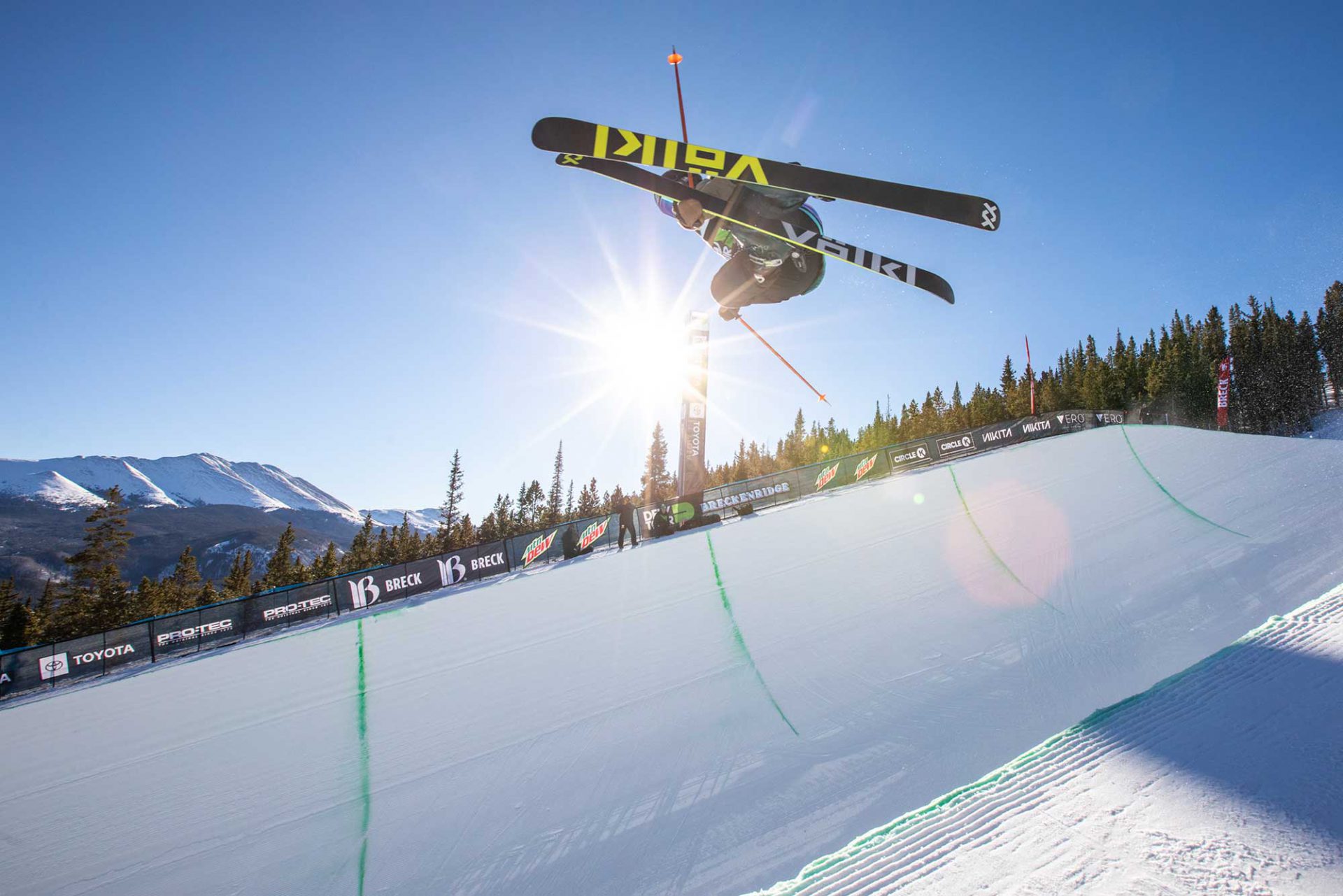 As always, bagging the grabs was a crucial element of this contest. Maddie Bowman delivers the mute. Photo: Jamie Walter

On Run 3, Karker proved herself the most consistent competitor of the day, again stomping her run clean, and adding some key grabs, like a mute in her flair and tickling a cuban grab on her straight air on the cat’s paw. Wrapping it up with a big cork 7 on the final quarterpipe to hip landing hit, the best trick of the day on that feature, she boosted her score to an 87.33. 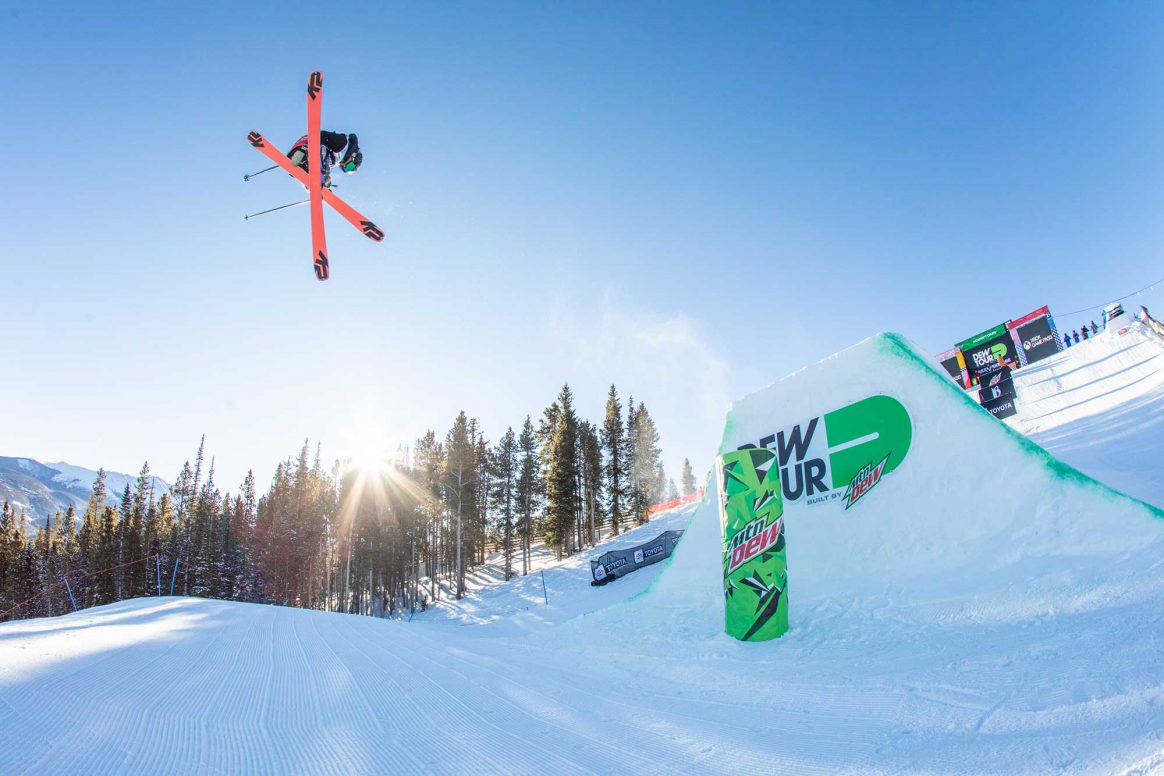 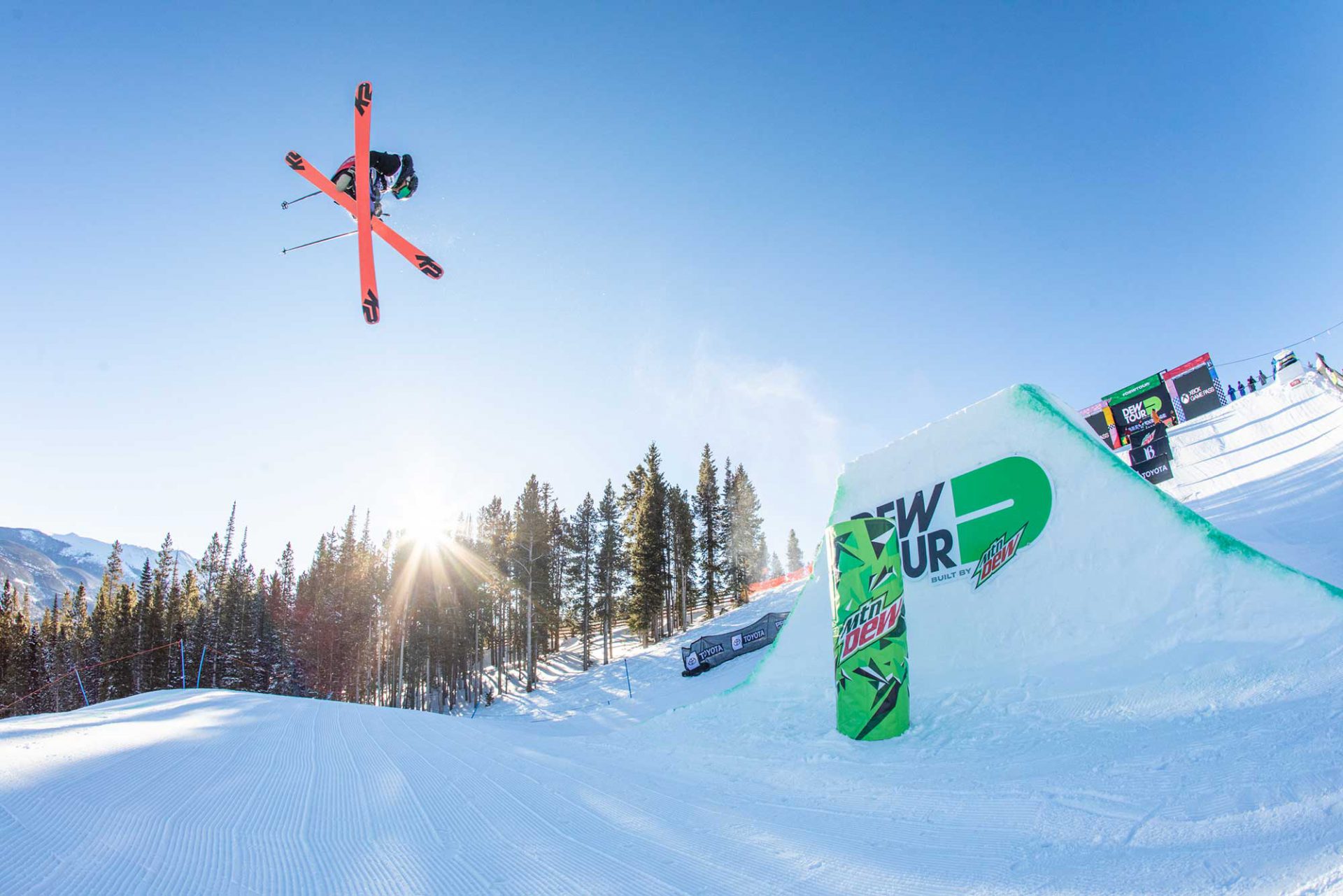 Subbing in for an injured Kelly Sildaru, Svea Irving bags a nice 360 japan on the top hit. Photo: Walter

The final podium move came from her compatriot Sharpe, who after struggling to put down a switch cork 7 in her first two runs, switching things up on the third run with back-to-back cork 900s and a flair, which the judges rewarded with an 84.67—her cat’s paw straight-air and very small 360 on the last hit seeming to confirm suspicions that tricks on these features didn’t have a big influence on the final score. 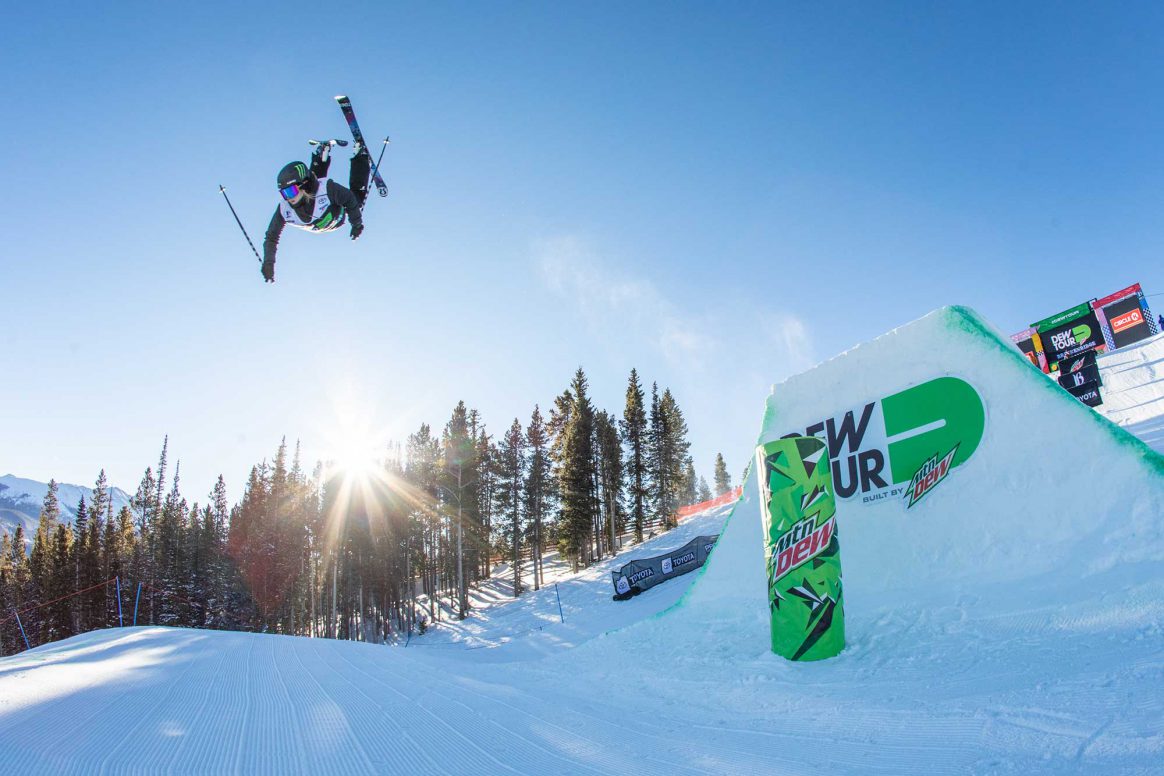 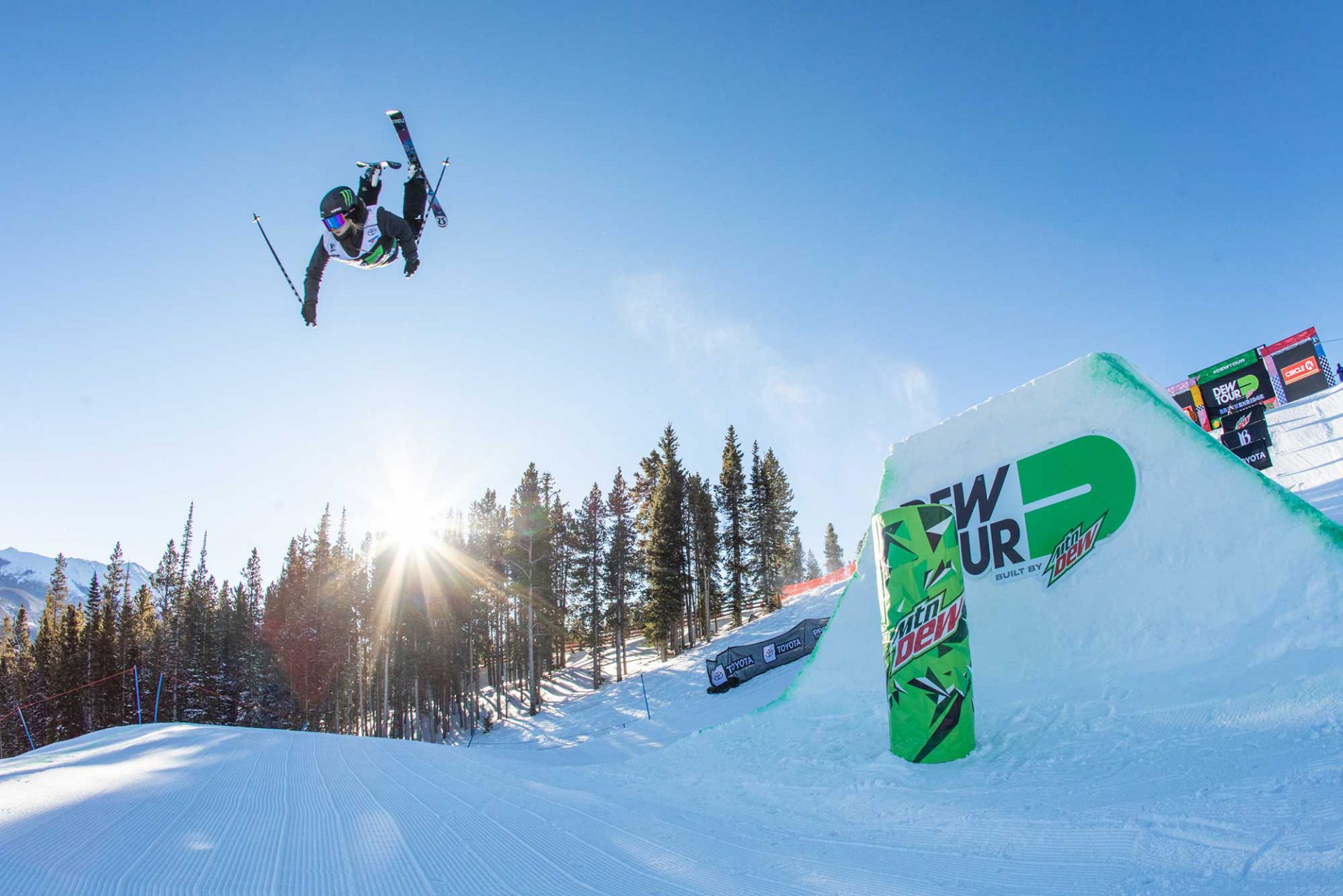 It was a Canadian coup, with Sharpe giving props to her up-and-coming teammate after the contest. “This young gun here, she’s giving us a run for our money,” Sharpe told Dew Tour’s Tina Dixon.

“I really didn’t have very many expectations coming into today,” said Karker. “I just wanted to land a run, try and put something together. It’s a new course, it was super hard to figure out. So I’m just super happy that I could put one down. It’s pretty unbelievable.”

Another major bit of news Friday came from a girl who didn’t compete. Estonian wunderkind and Thursday’s slopestyle champion Kelly Sildaru’s push into halfpipe competition (she won last week’s Grand Prix in Copper) was cut short, at least for the moment, with news that she would be backing out of Friday’s mod-pipe contest with a knee injury. We’ll keep you updated on Kelly’s status. 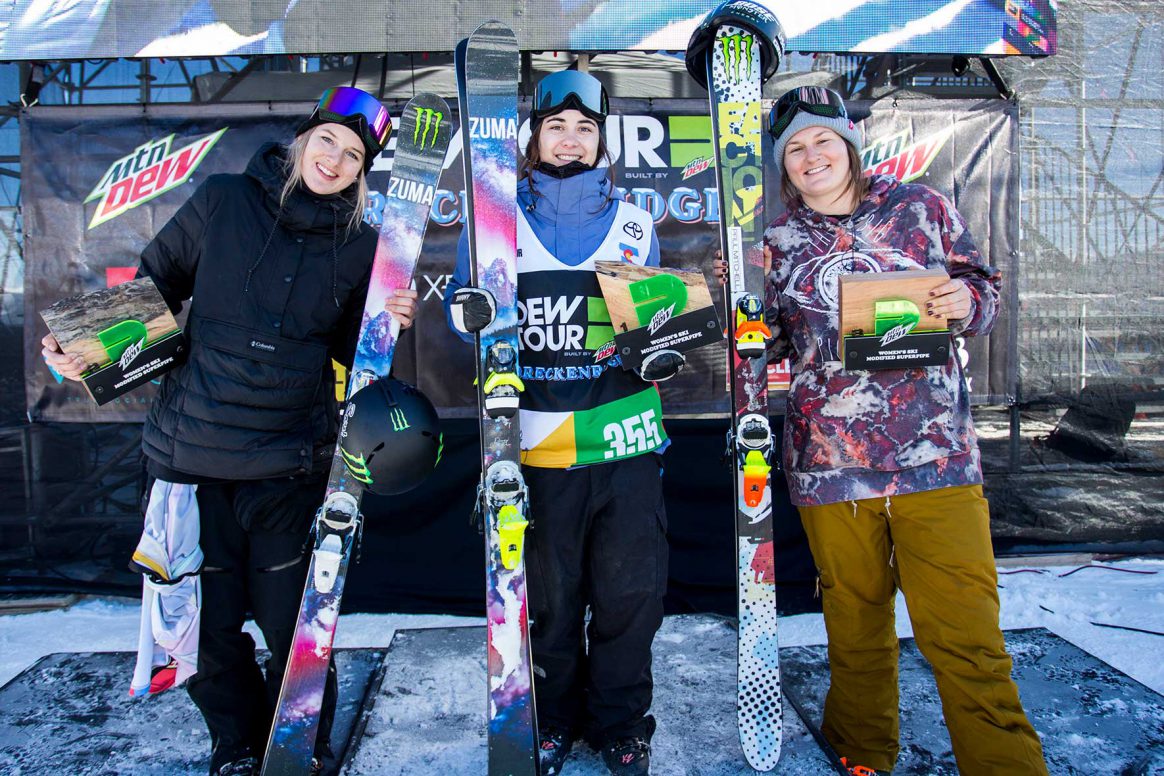 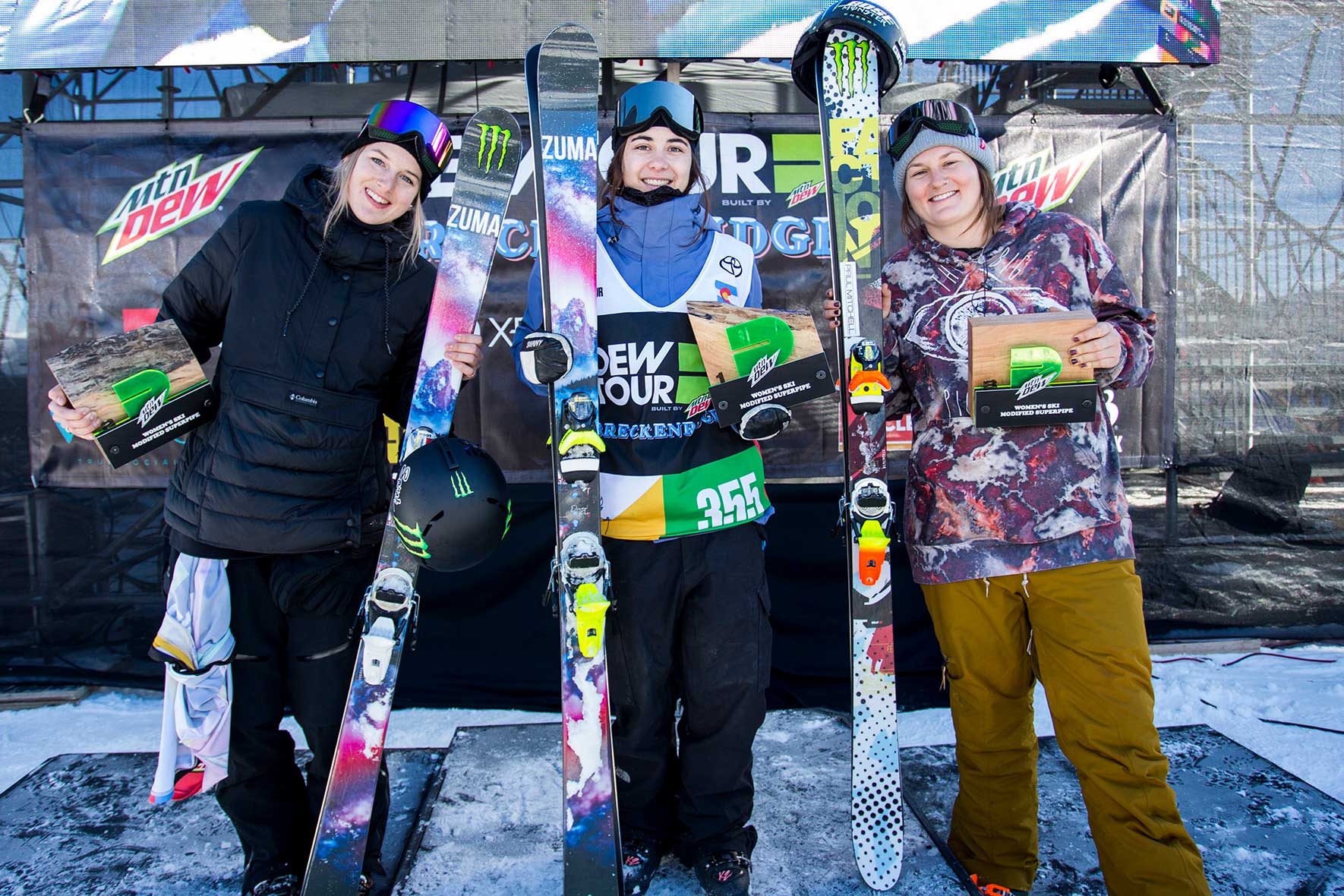 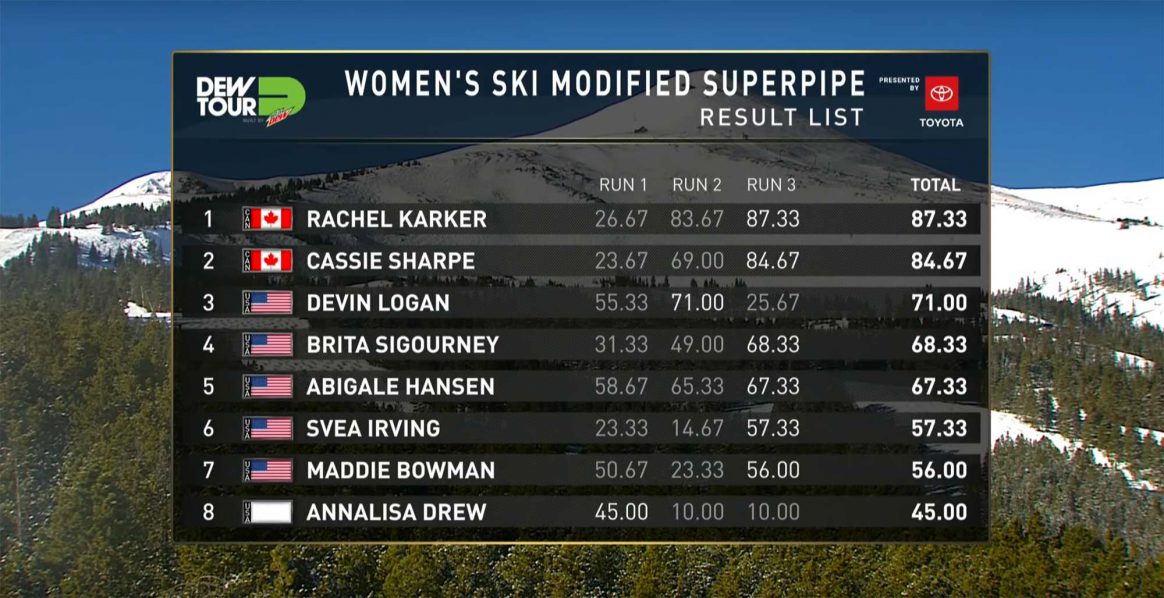 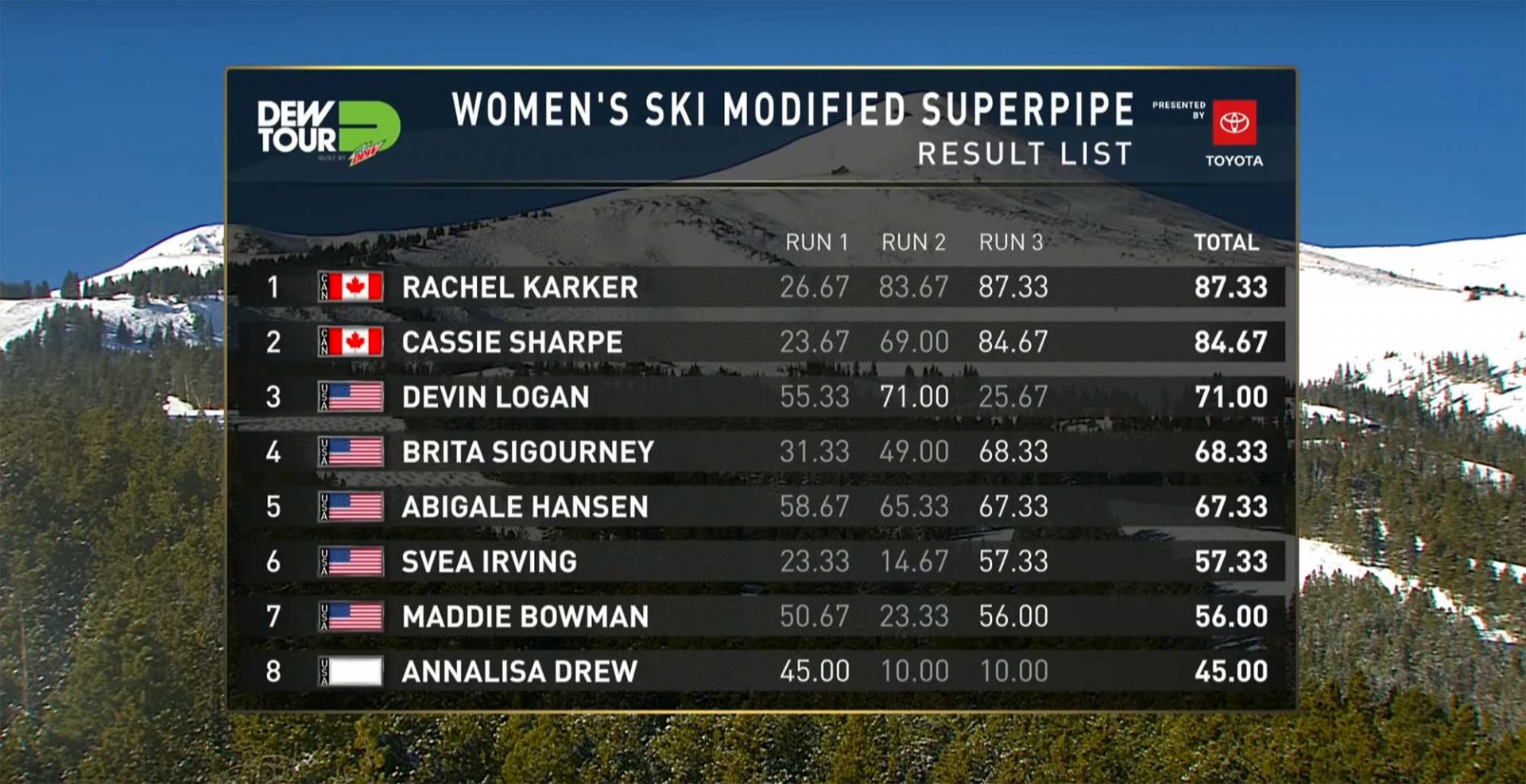