Despite Lack of Snow, 10th Stubai Premiere Goes Off

Despite Lack of Snow, 10th Stubai Premiere Goes Off

No snow? No problem. The Stubai Premiere made the most of low-tide conditions last weekend on the Stubai Glacier. Photo: Stephan Vollert

Fun, good vibes and lots of sunshine – that’s how to describe the 10th anniversary of the Stubai Premiere at the Stubai Glacier. With fantastic weather and mild temperatures, the opening of the DC Stubai Zoo was celebrated with an extensive program. Even though snow conditions weren’t good enough for the regular snowpark setup on the Gaisskarferner glacier, snowpark builders Schneestern were able to conjure an alternative setup, which attracted many local and international VIPs of the freeski and snowboard business. Totally new obstacles, like the 20-part waterfall industrial rail, were special highlights. 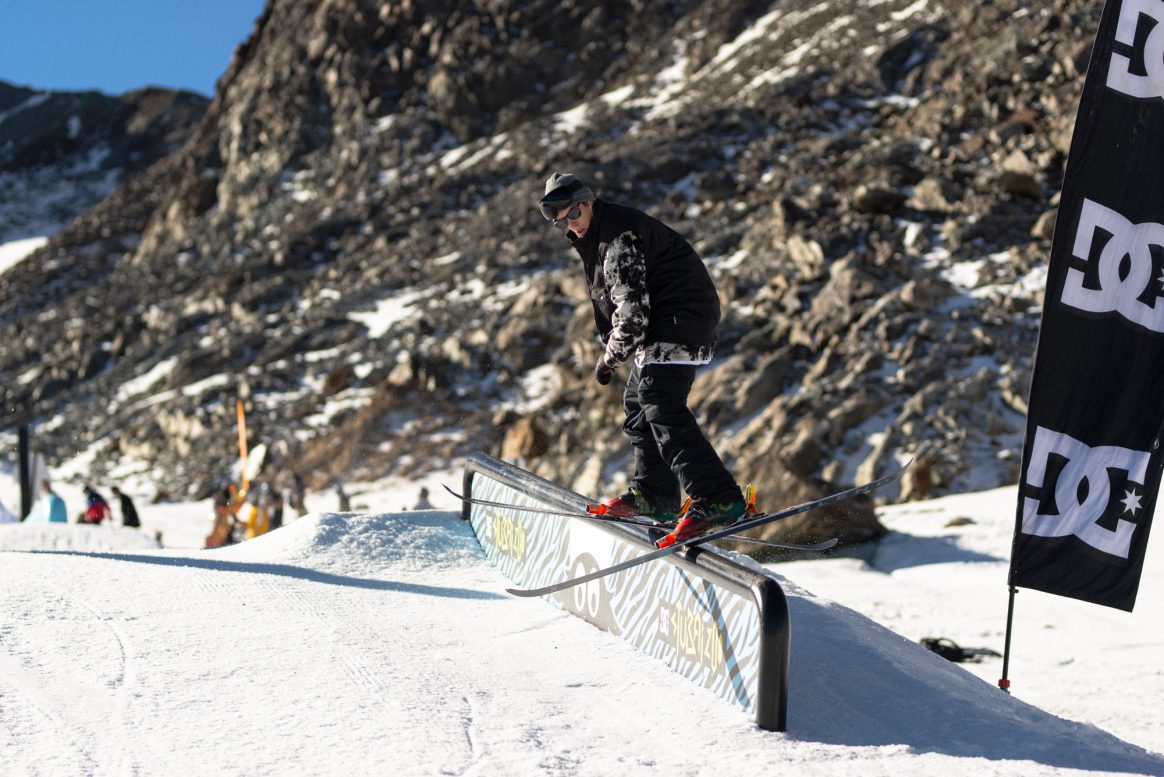 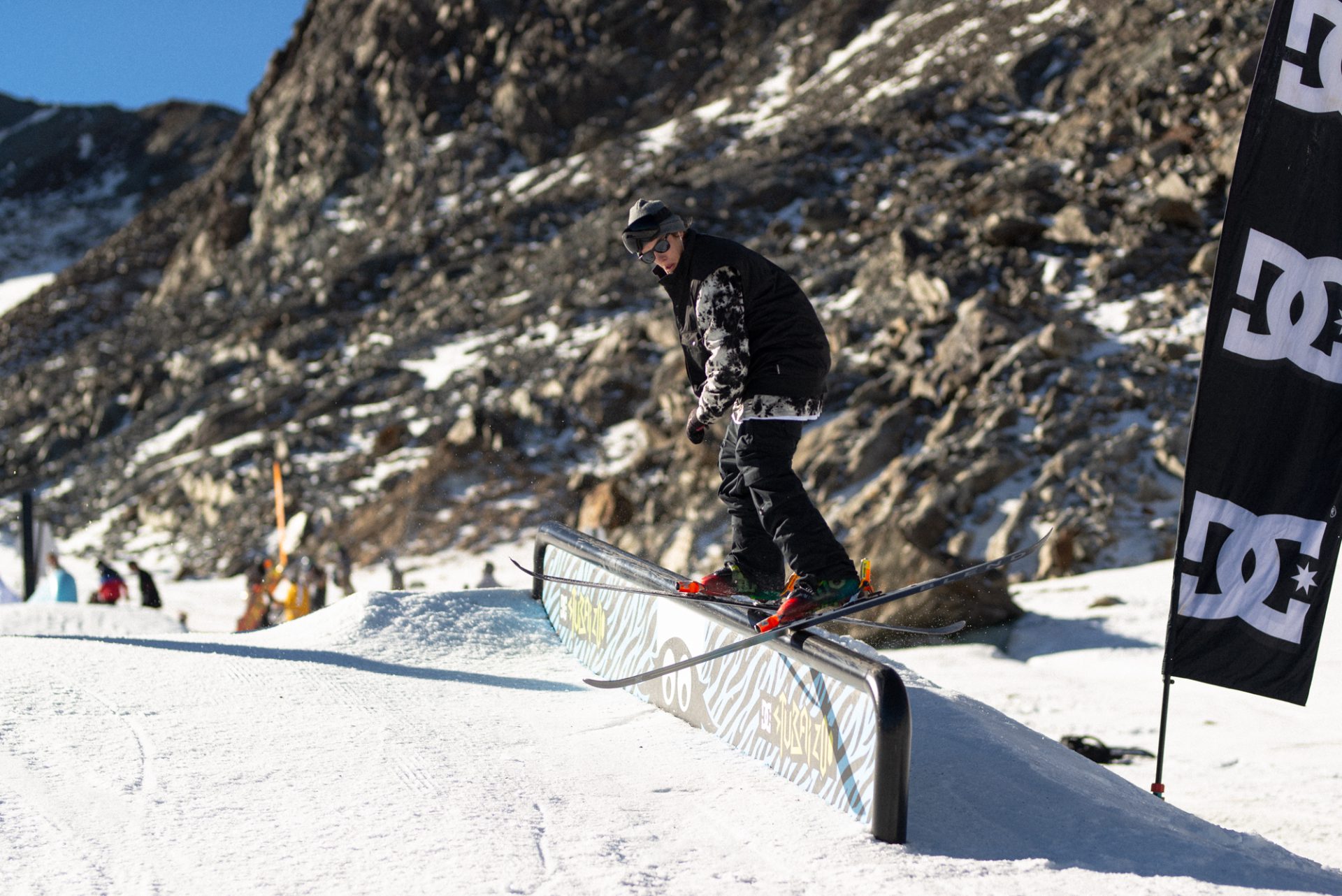 Lacking the snow for the full park setup, a rail line was built near the Eisgrat to keep the crowds busy over the weekend. Photo: Steffen Vollert

Directly at the Eisgrat station, the location of the Brand Saloon Plaza was, brand-new stuff of over 40 brands in winter sports could be put to the test, while partners dished out enticing prizes during the various side events:

Lasting two days, the GoPro Video Competition was a special visitor attraction with a brand-new GoPro Hero 7 as the main prize. Meanwhile at Quiksilver and Roxy’s Hang and Ride session, lucky winners could enjoy a day on the slopes together with Travis Rice and other snowboard and freeski pros. The Quiksilver und Roxy team also stopped by at the Moreboards After Shred Hangout down in town in Neustift for interviews and selfies. Together with free beer, music and BBQ,  visitors could watch the pros painting an oil painting, which will be auctioned and the proceeds donated to “Stiftung Kinderträume,” which works to make “dreams come true” for disabled and terminally ill children in Austria. 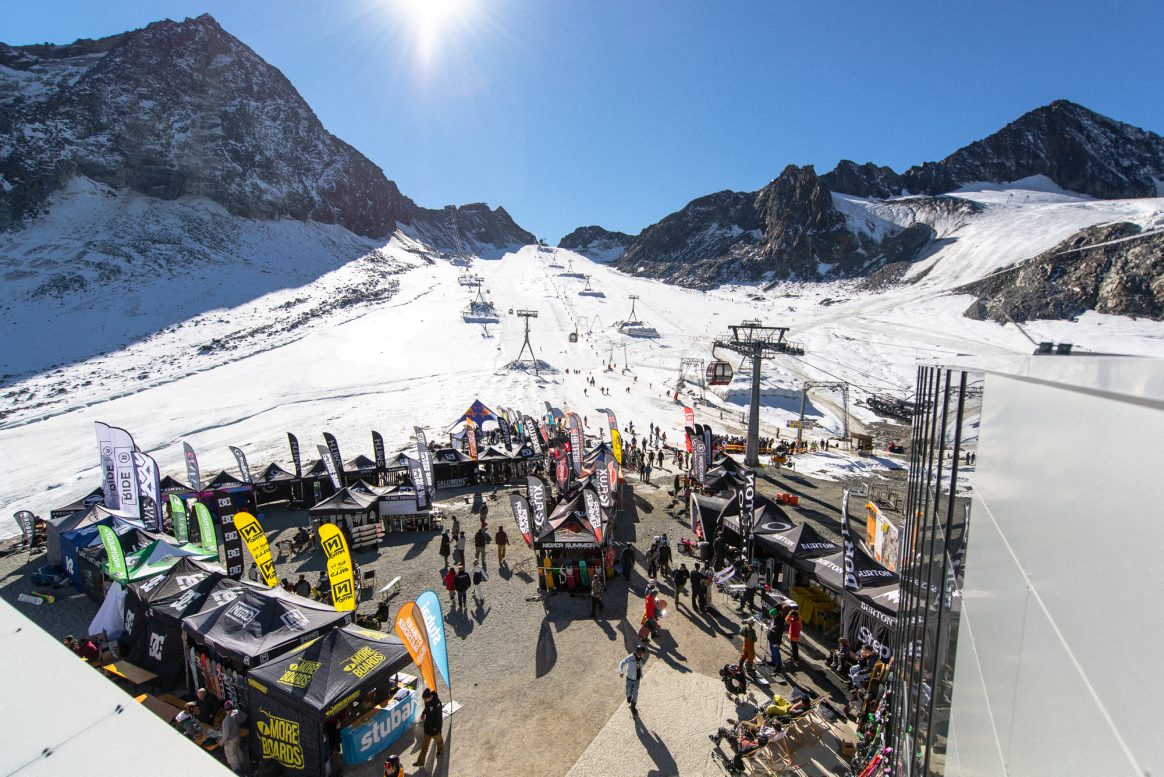 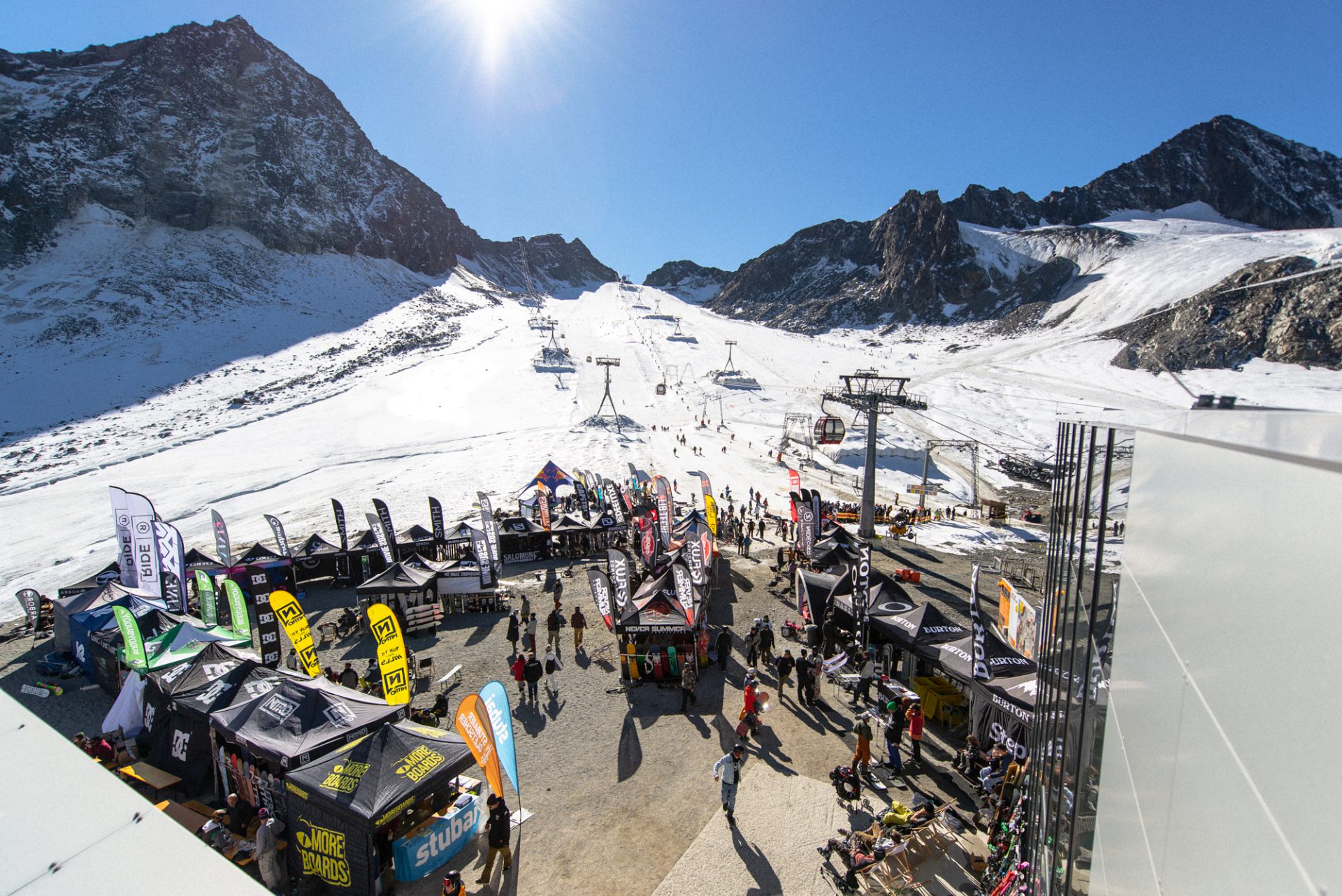 The Brand Saloon at the Eisgrat station. Photo: Steffen Vollert 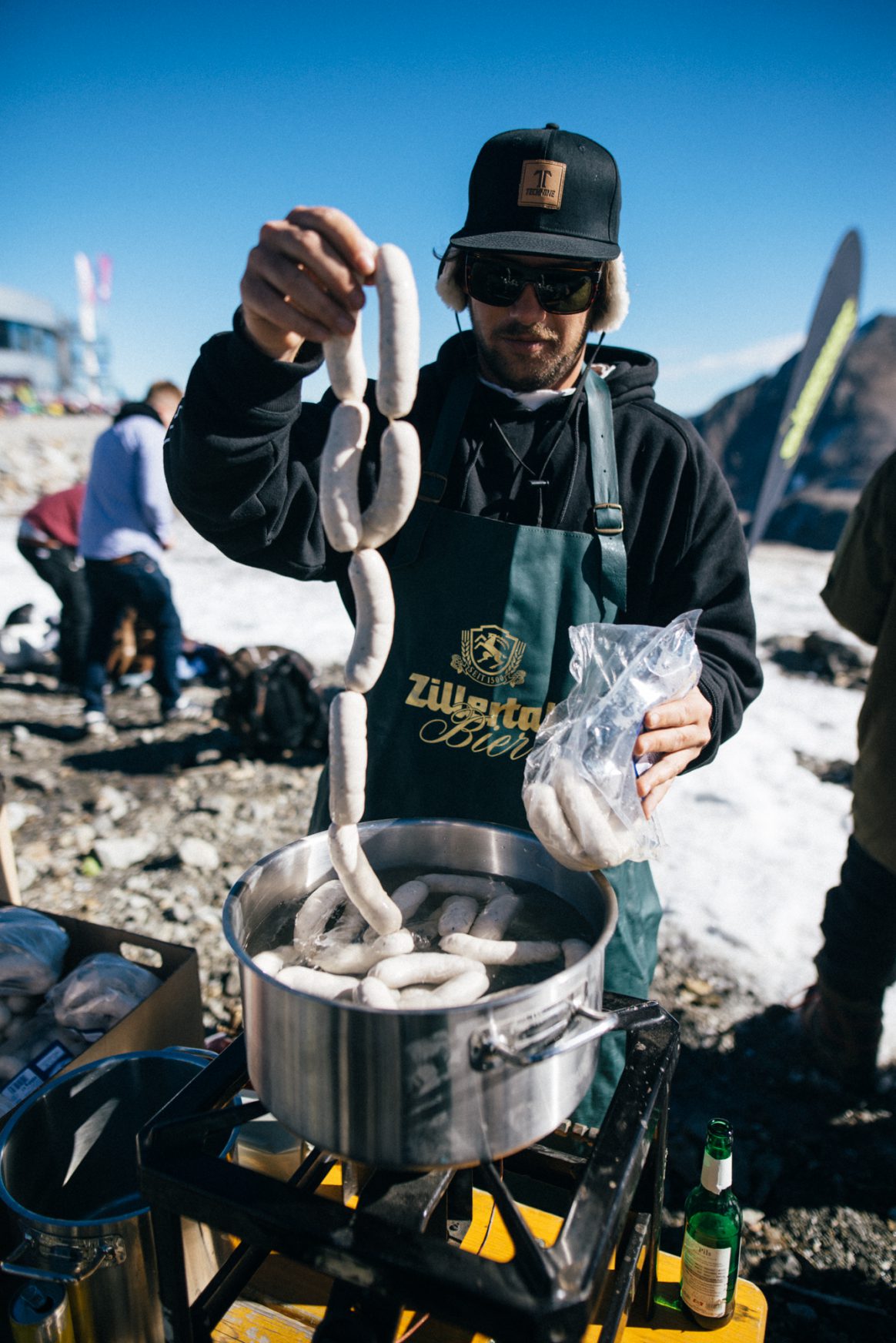 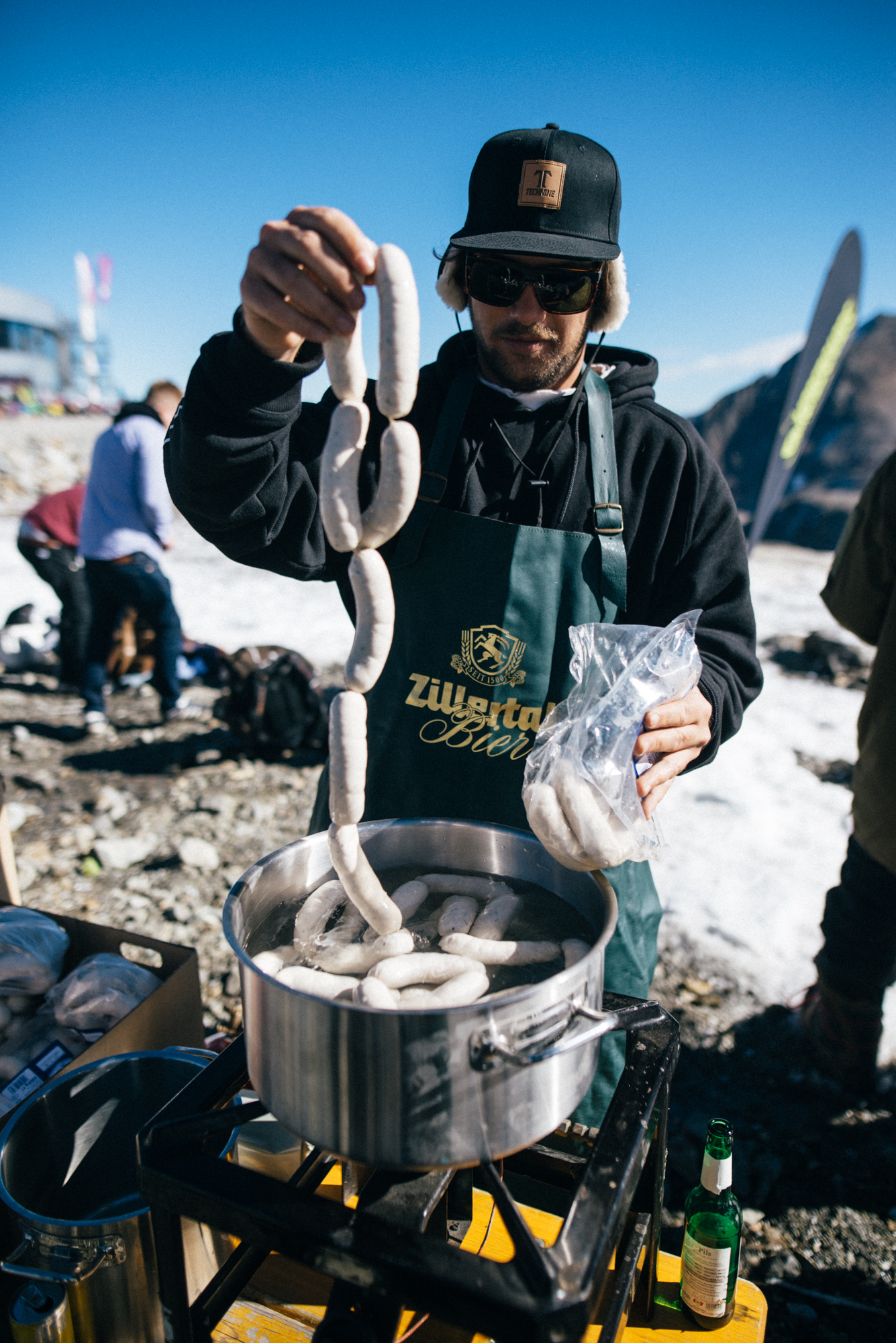 What's an Oktoberfest party without the Weißwurst? Photo: Steffen Vollert 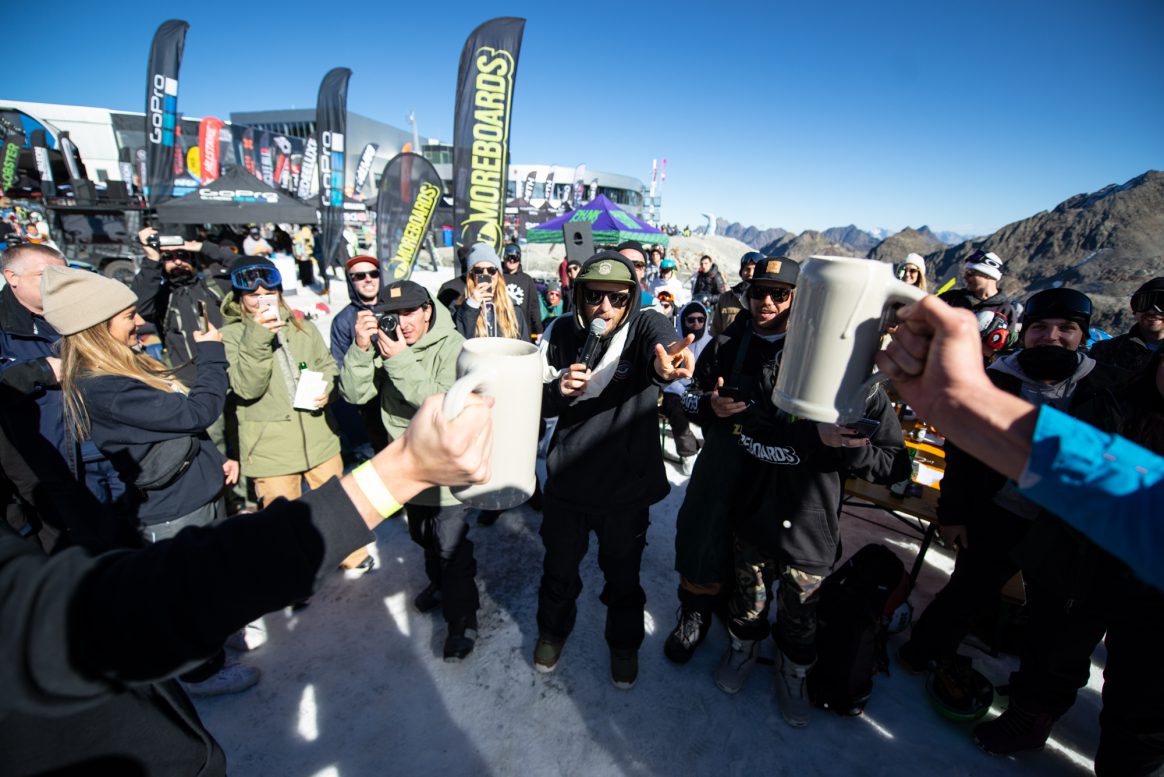 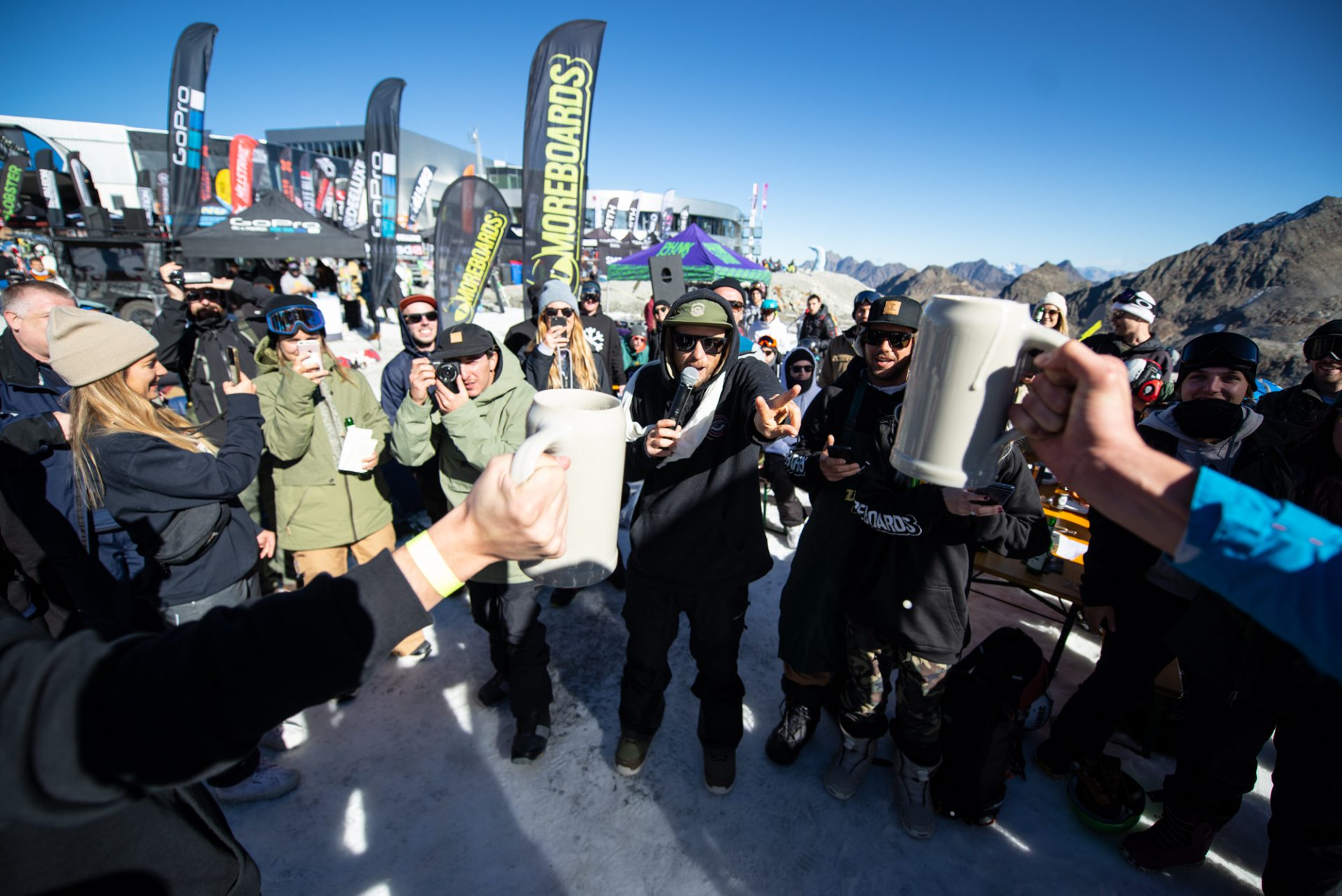 Salomon Snowboards gave photography and film talents the opportunity to shoot with their pro team and get coached by filmer Marco Morandi. Subsequently, the new snowboard movie “Focus” from Salomon celebrated its premiere, together with lots of goodies for the crowd and afterparties until dawn.

After the Stubai Premiere, the DC Stubai Zoo fall season kicks into full gear. From November 5th until December 6th the best riders on the planet will meet at the Prime Park Sessions to practice. Then on 22-24 November they can show what they’ve learned at the FIS Freeski World Cup Stubai, where they can qualify for the 2019 World Championships in Park City, Utah.

The date for next year’s Stubai Premiere has already been set, so mark your calendars for 18-20 October, 2019! 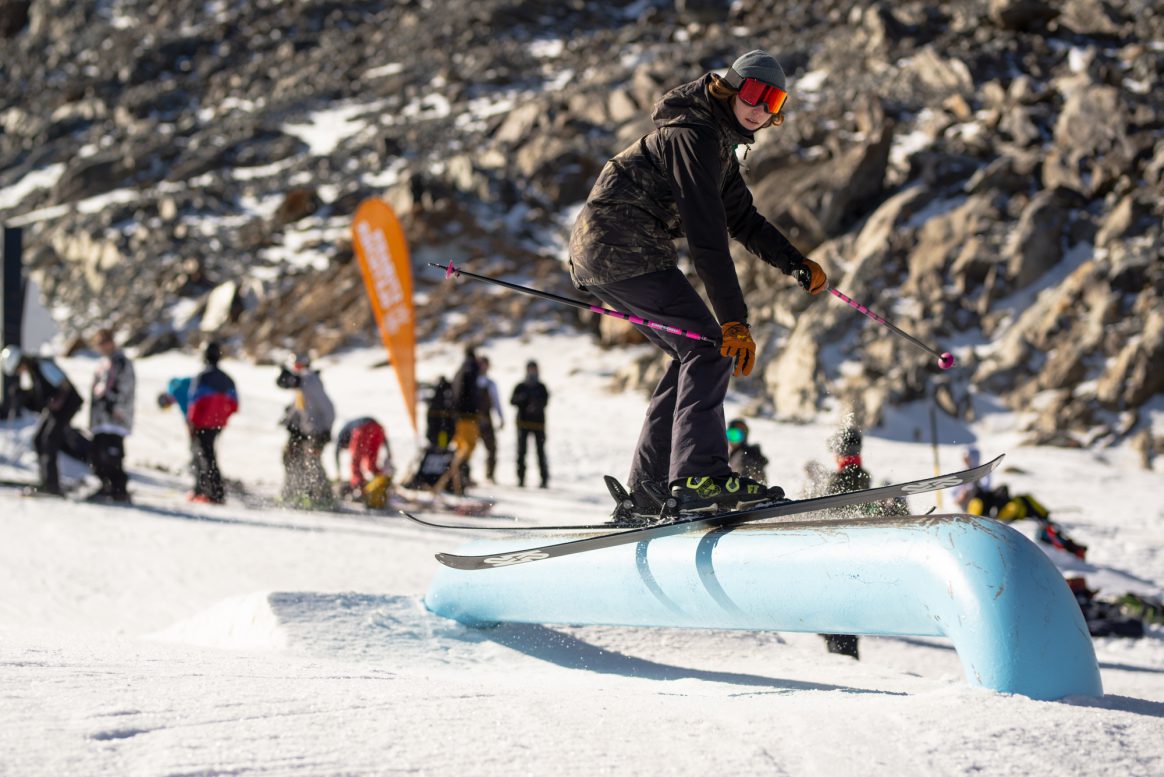 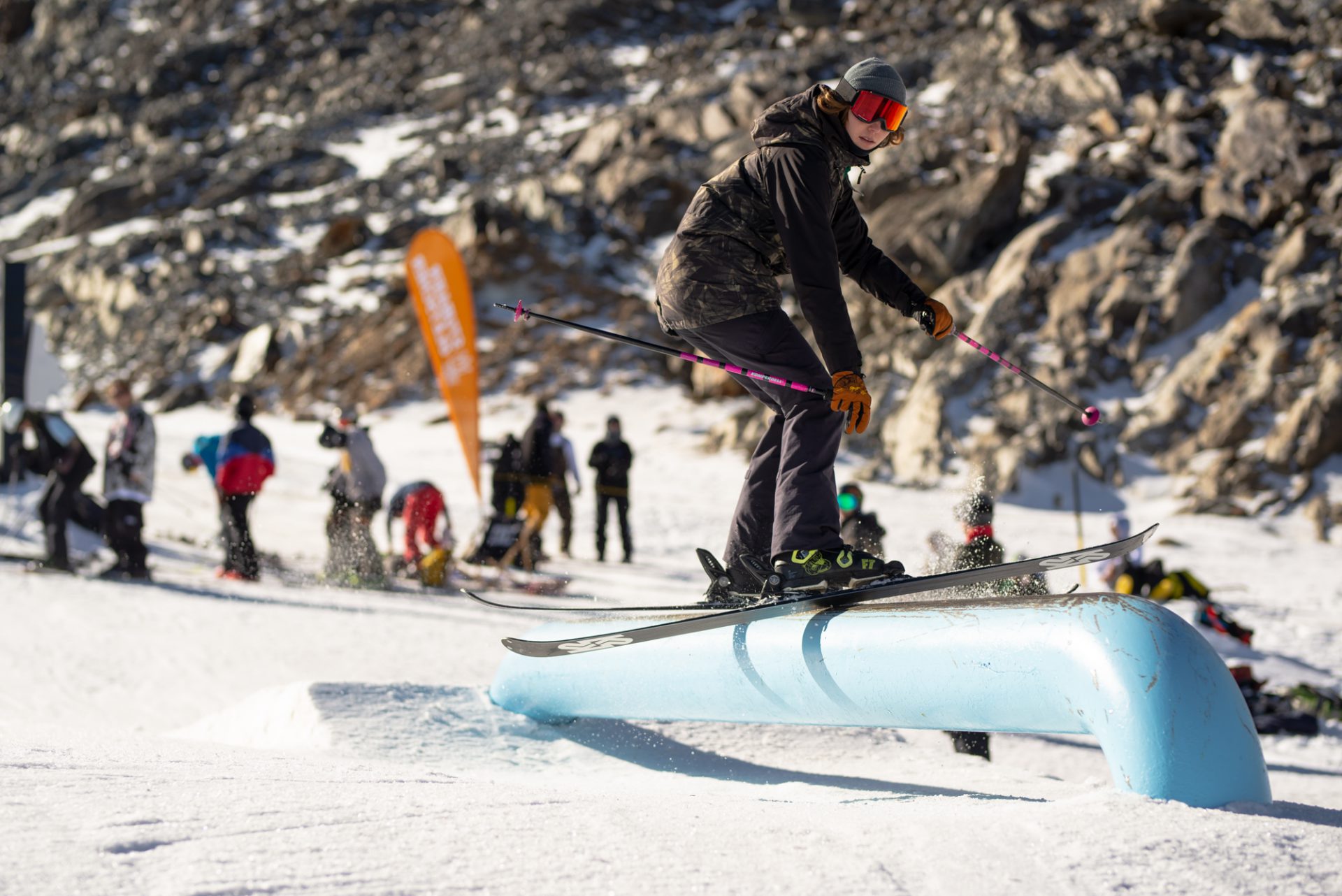 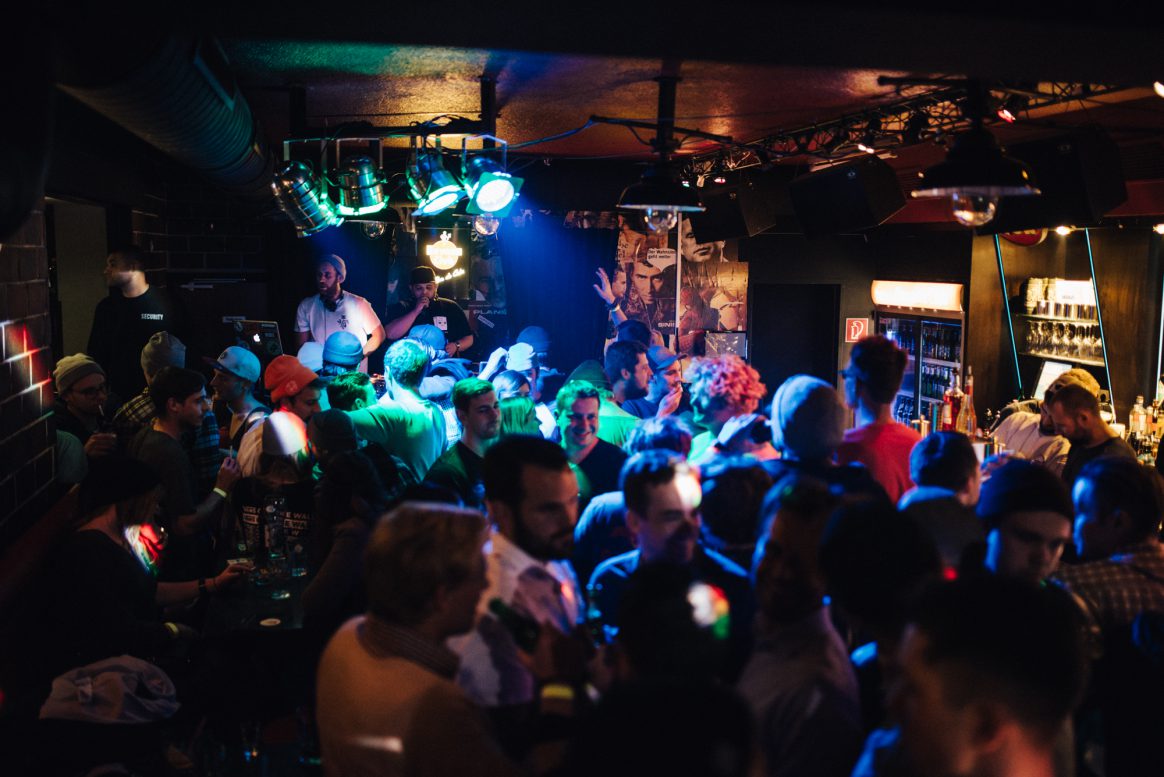 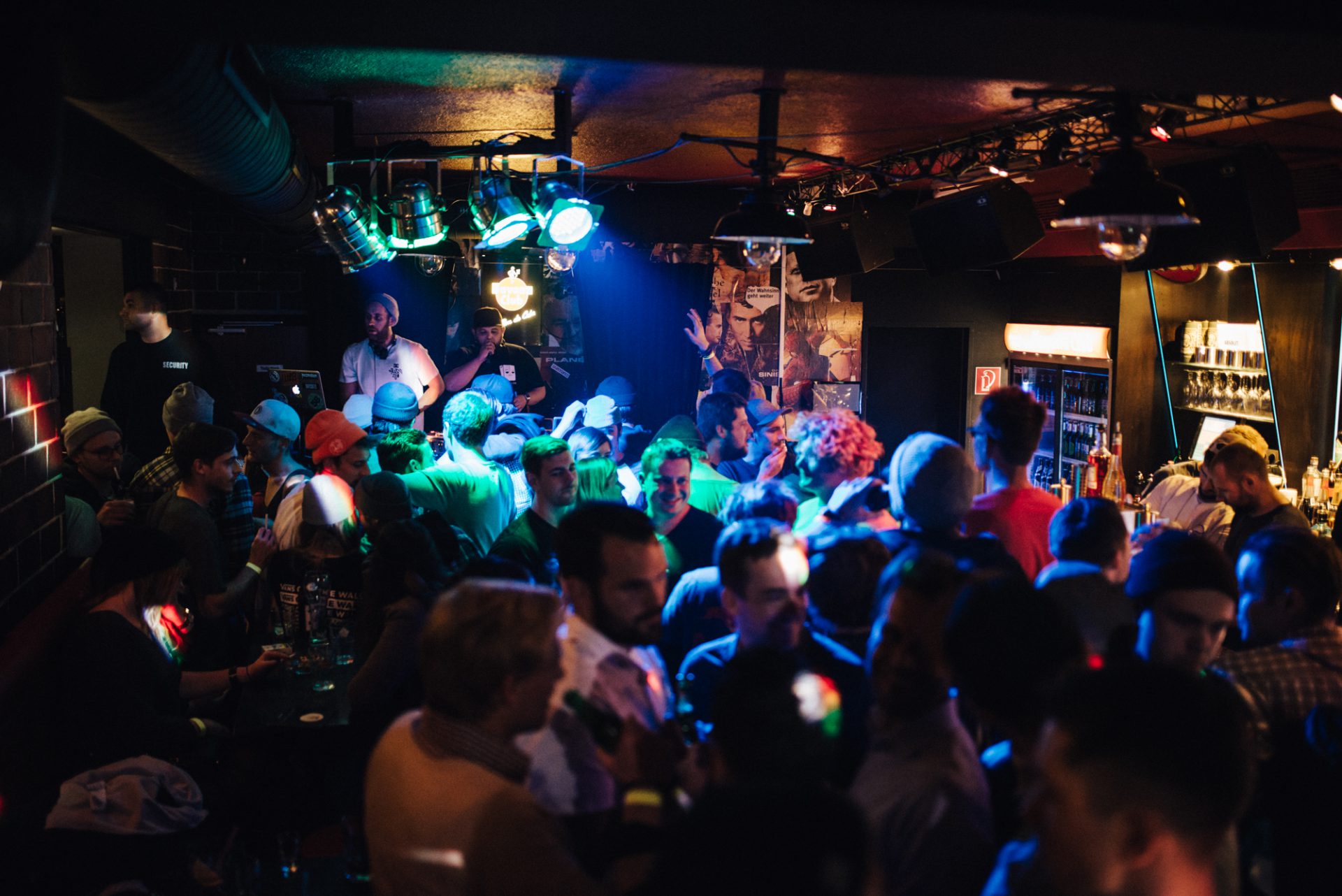