World-class freeriding returned to the slopes of the tiny nation of Andorra today as the 2020 Freeride World Tour held the first of its three European stops.

After an initial attempt to hold the event last Friday was thwarted by low-tide conditions on the venue, a welcome fall of new snow allowed the contest to go down on Tuesday, March 3, near the end of the available weather window.

What went down in Andorra? Leo Slemett stormed back onto the FWT stage after missing the first stops, Hedwig Wessel showed that her backflips are supremely on lock, and it’s now official: oldschool tricks like spread eagles, daffies and more are making a cheeky comeback in freeride skiing. Here’s the full breakdown. 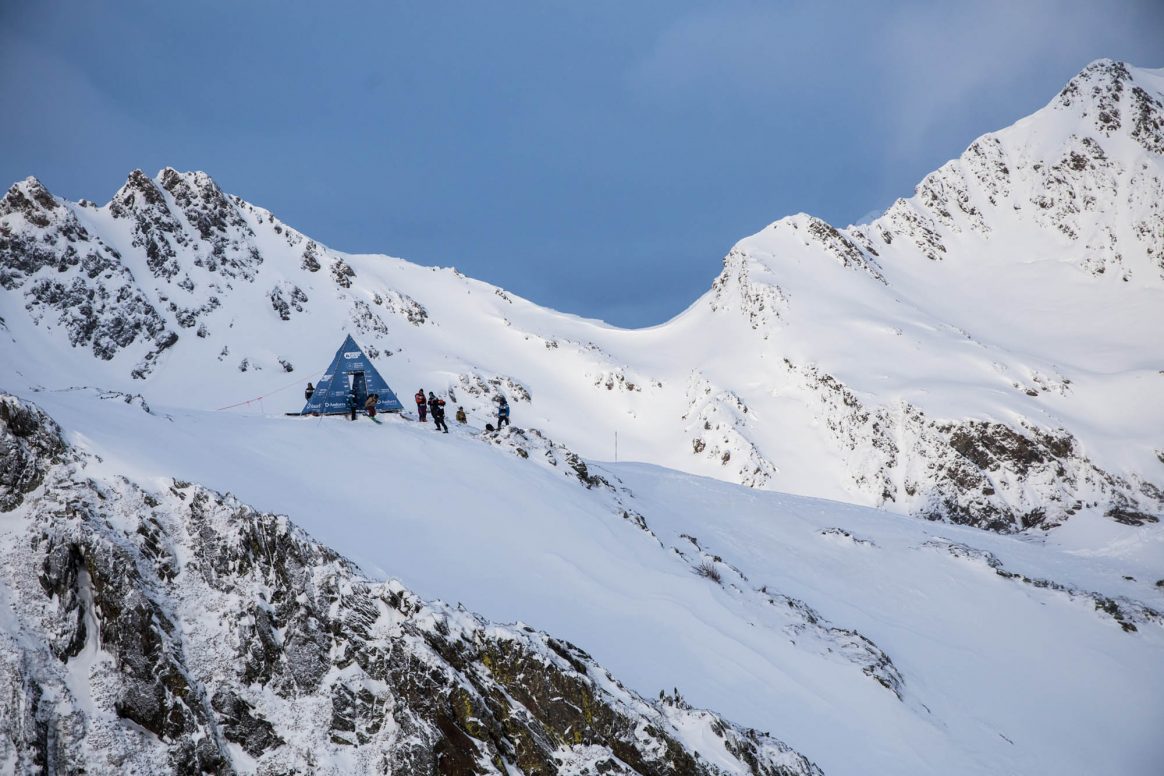 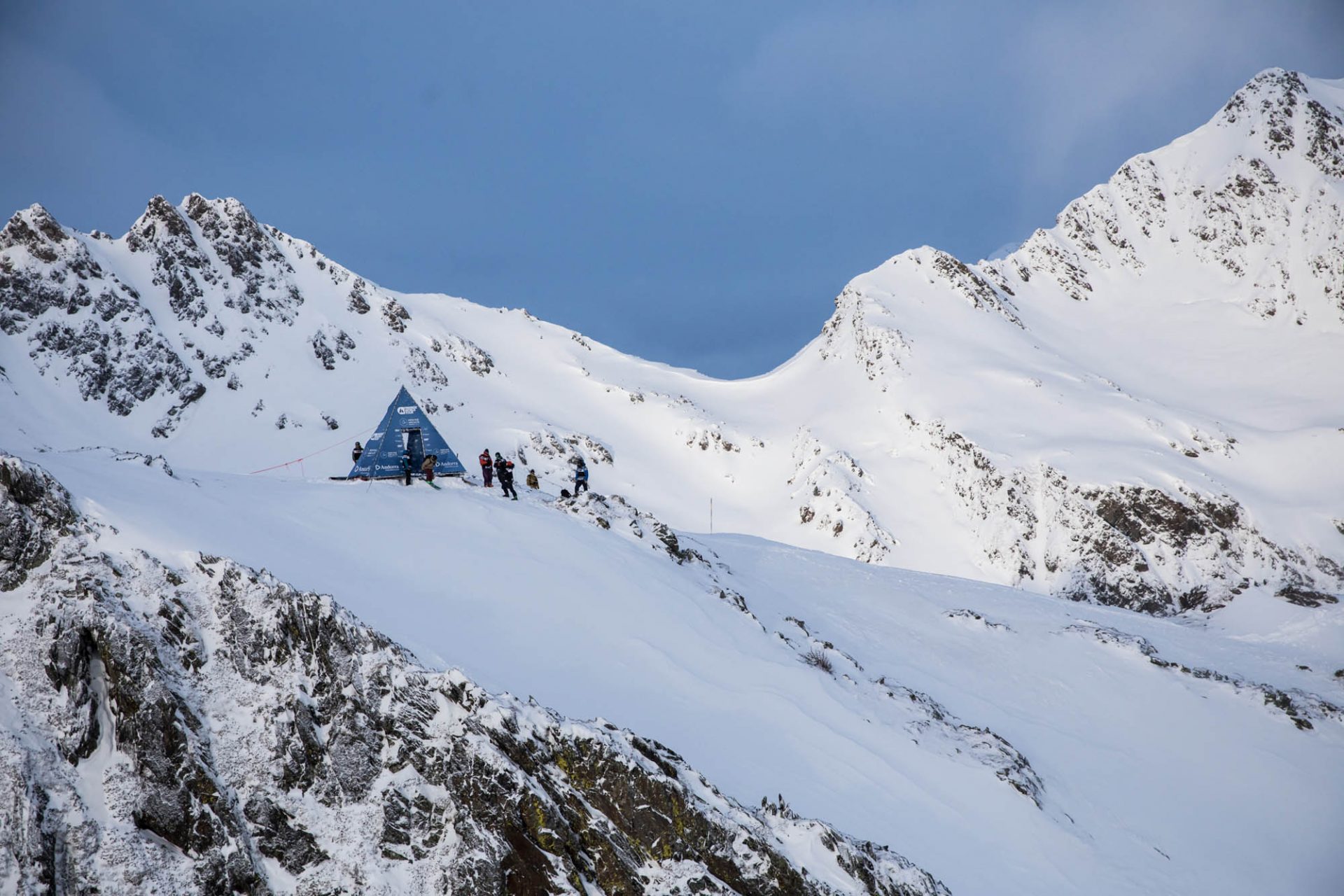 A welcome fall of fresh snow in Andorra was just what the doctor ordered to pull off the Ordino-Arcalís stop. Photo: Dom Daher/FWT

In the women’s ski category, Hedwig Wessel picked up a crucial win, her second on this year’s tour after taking the Hakuba, Japan stop in February. Wessel finished last at the Kicking Horse stop, and was in need of a serious points boost to keep her within reach of the overall title. She received that boost in Ordino-Orcalís, stomping a near-perfect backflip and holding it together through a series of airs in the rest of her run for a top score of 82. 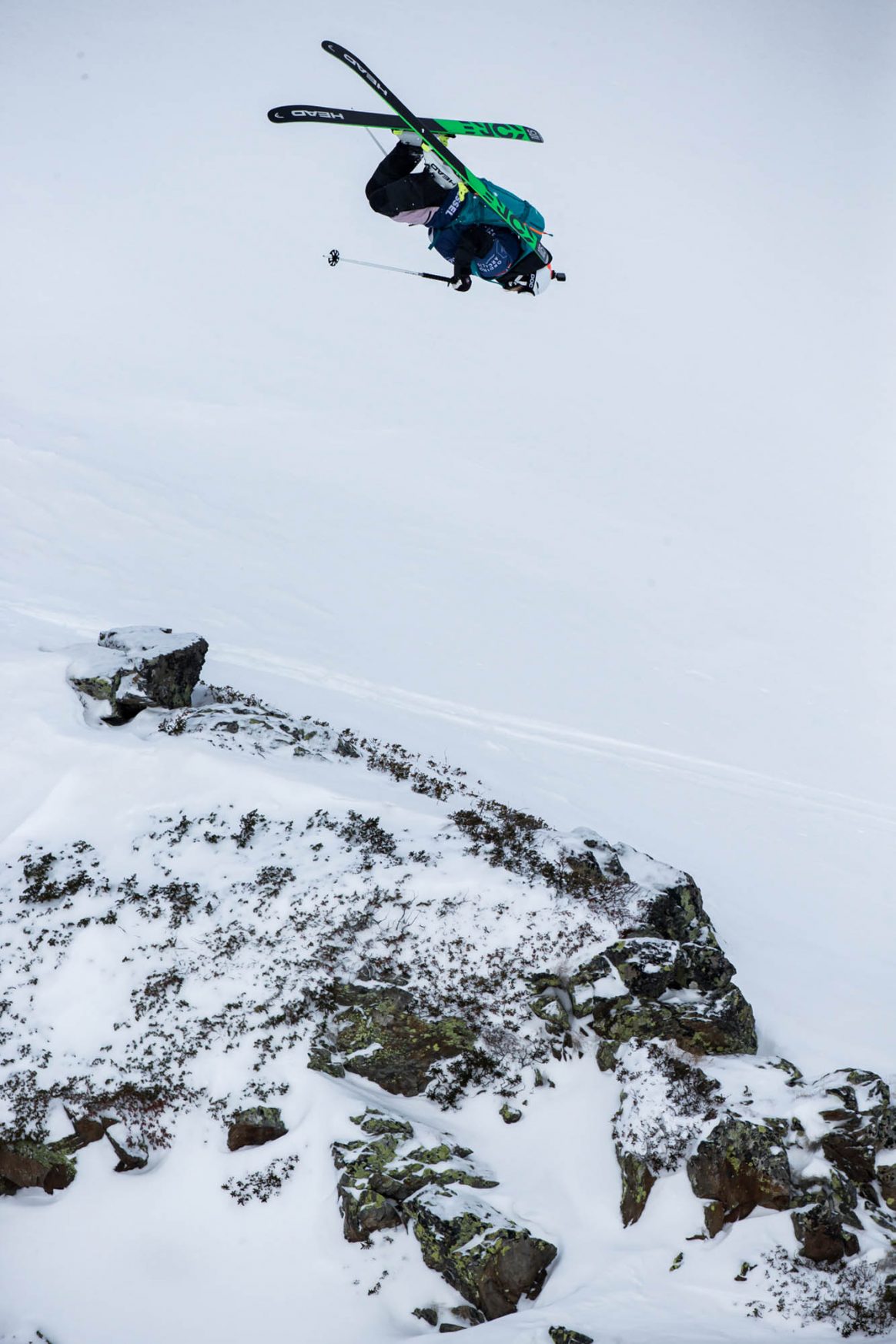 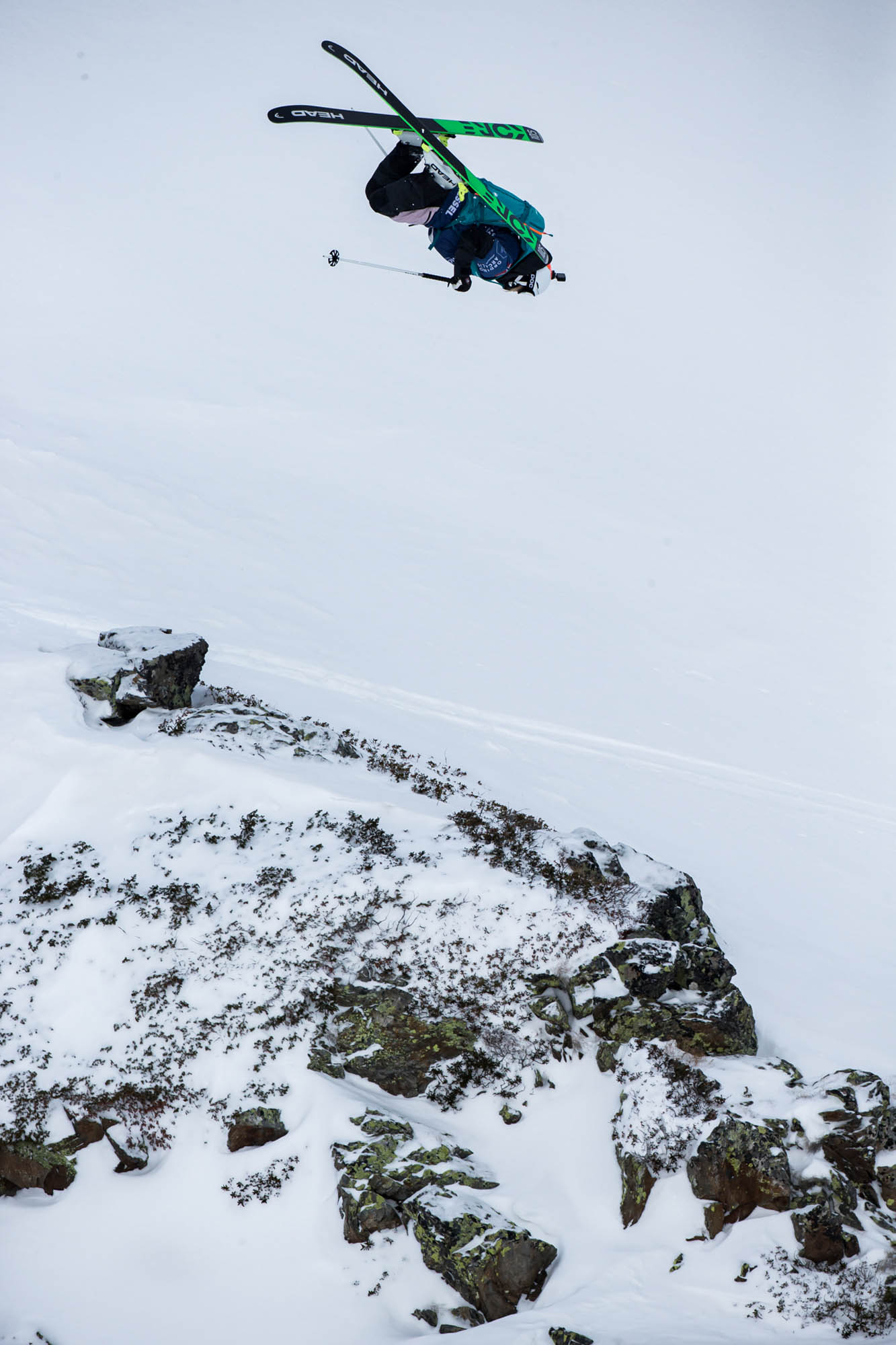 Hedwig's ability to stomp huge backflips is shaking up the rankings in the women's field. Photo: Dom Daher/FWT

In second place behind Wessel was FWT veteran Jackie Paaso, who charged through a line including one of the biggest drops in the women’s field, which she stomped impressively. Swiss skier Elisabeth Gerritzen rounded out the podium with a fast and fluid run that linked several clean drops.

Missing the podium were Jess Hotter and Jacqueline Pollard in fourth and fifth, who both put down clean runs. Emma Patterson sent one of the venue’s biggest drops but couldn’t stick the landing, and Evelina Nilsson tossed a clean backflip, but front-punched on the landing. Ayana Onozuka crashed on a 360 attempt, while defending champion Arianna Tricomi, nursing a recent ankle injury, played it conservatively on her run, earning a sixth-place finish that’ll keep her well-situated in the overall standings. 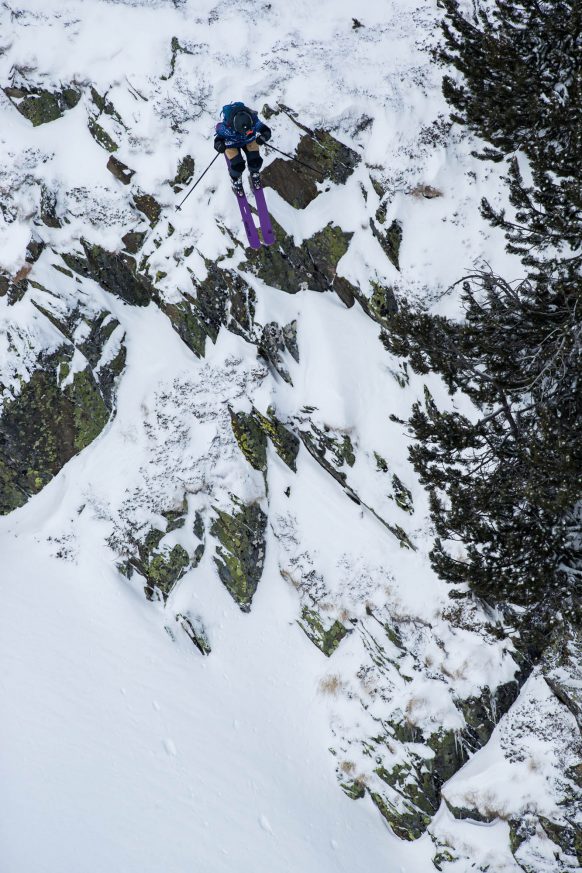 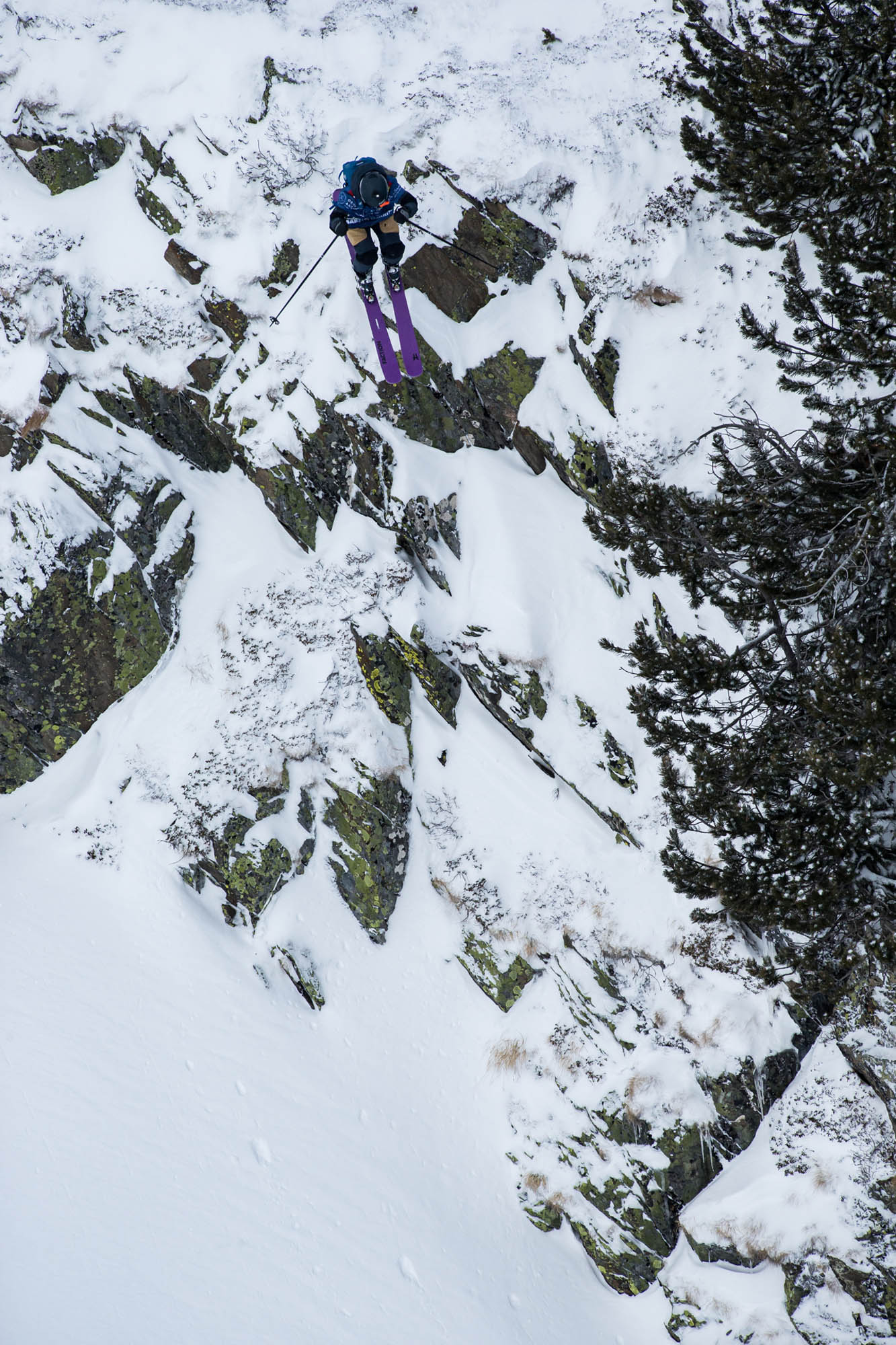 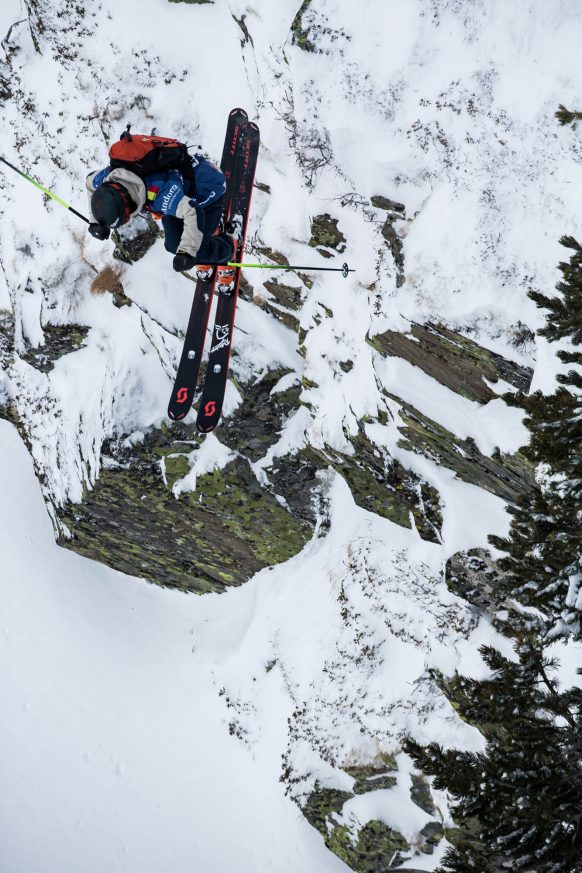 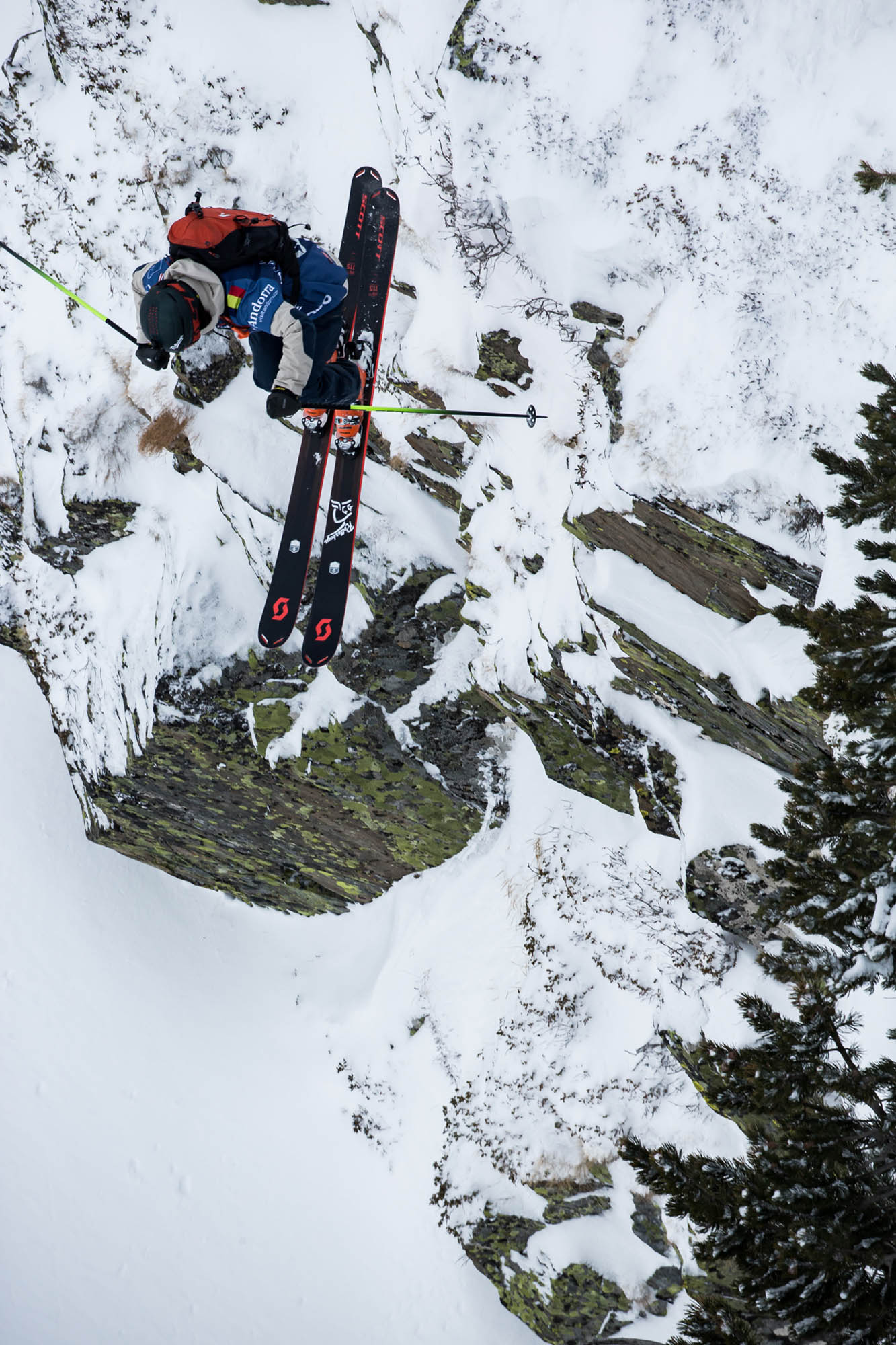 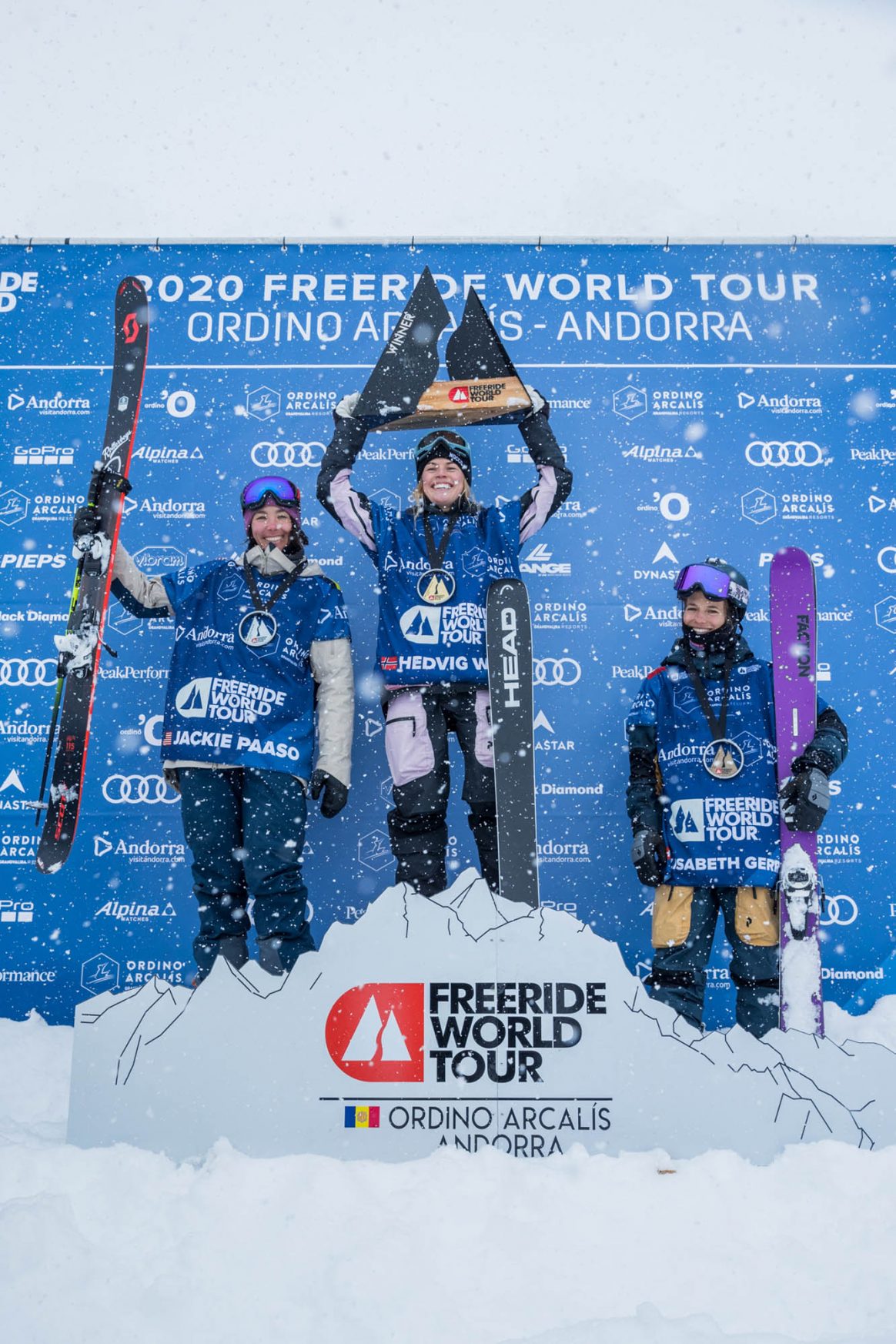 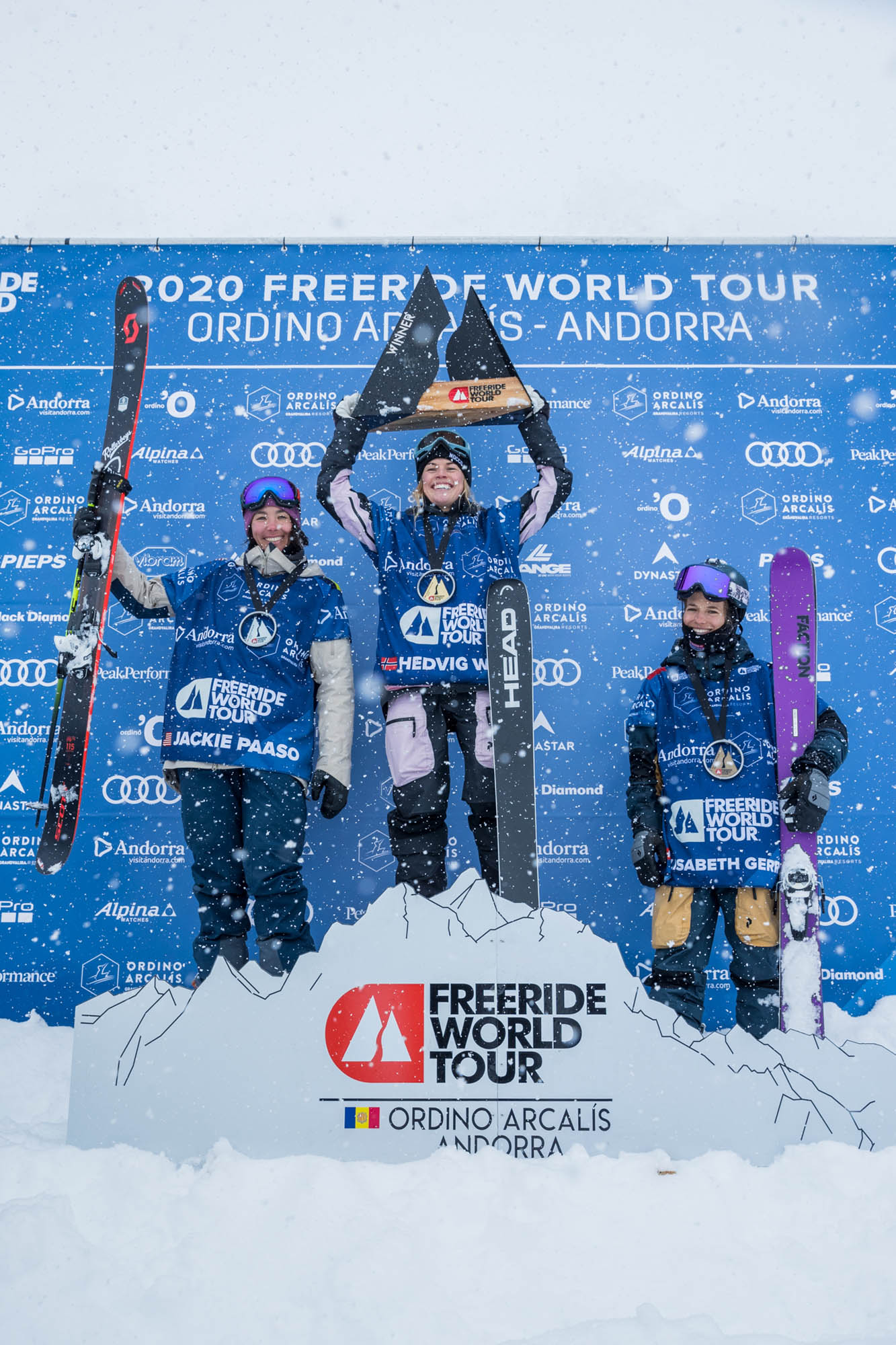 After last month’s tumultuous showing in Kicking Horse, where half of the men’s field crashed during their runs, a bit of redemption was in need at Ordino-Arcalís. And redemption was indeed on the menu as the men put down an impressive show with line scores soaring into the 90s.

When the powder settled, French rider Leo Slemett occupied the top spot on the podium. Slemett, who skipped the first two stops of this year’s tour due to an ankle injury of his own, came storming into this year’s tour ranking today with a technical straightline entry into the top of the venue, followed immediately with a stomped backflip. With a big 360 mid-run and a clean air out the bottom, Slemett skied like a man on a mission, determined to make up for lost time. The judges rewarded him in turn with a 93.67, the day’s high score. 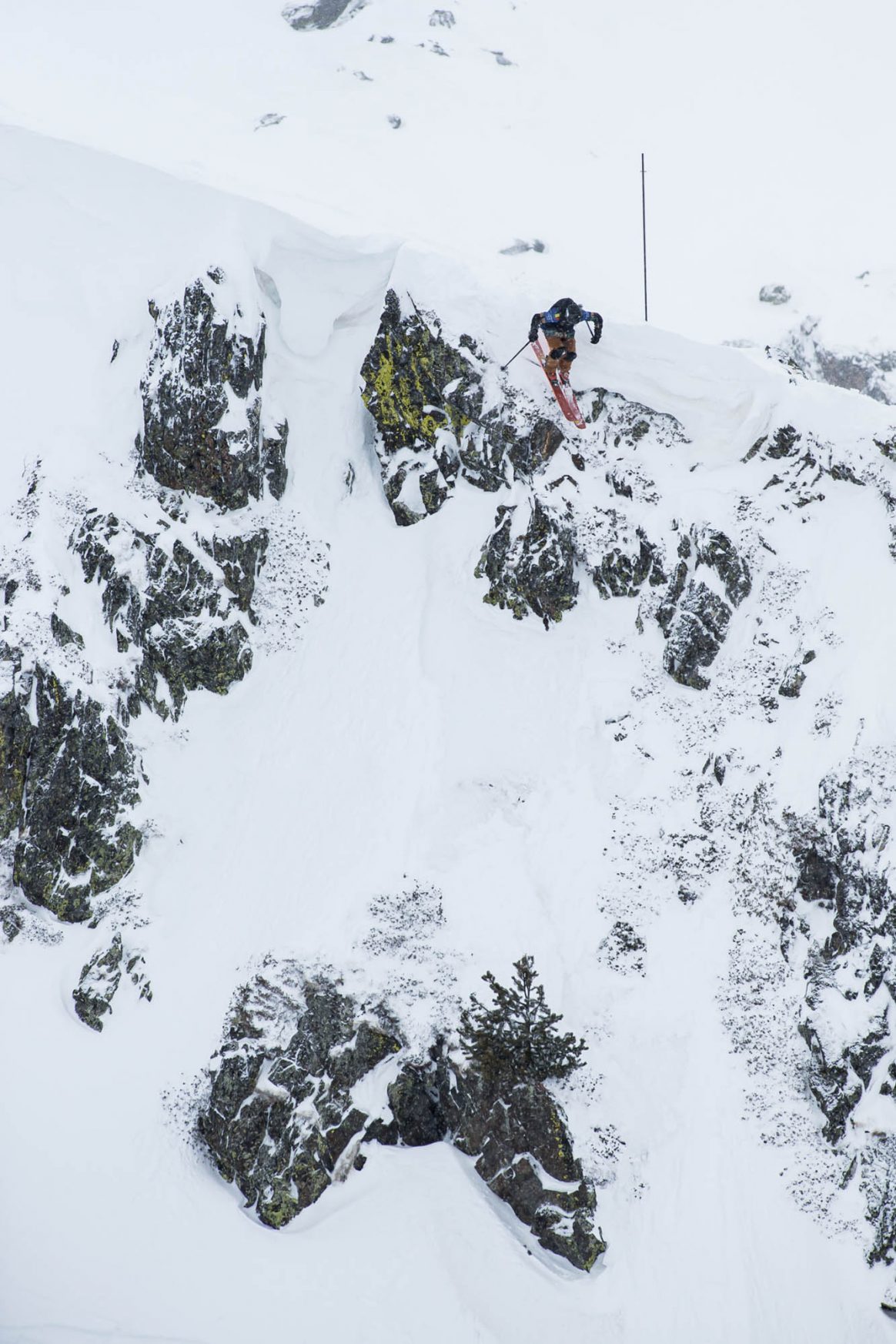 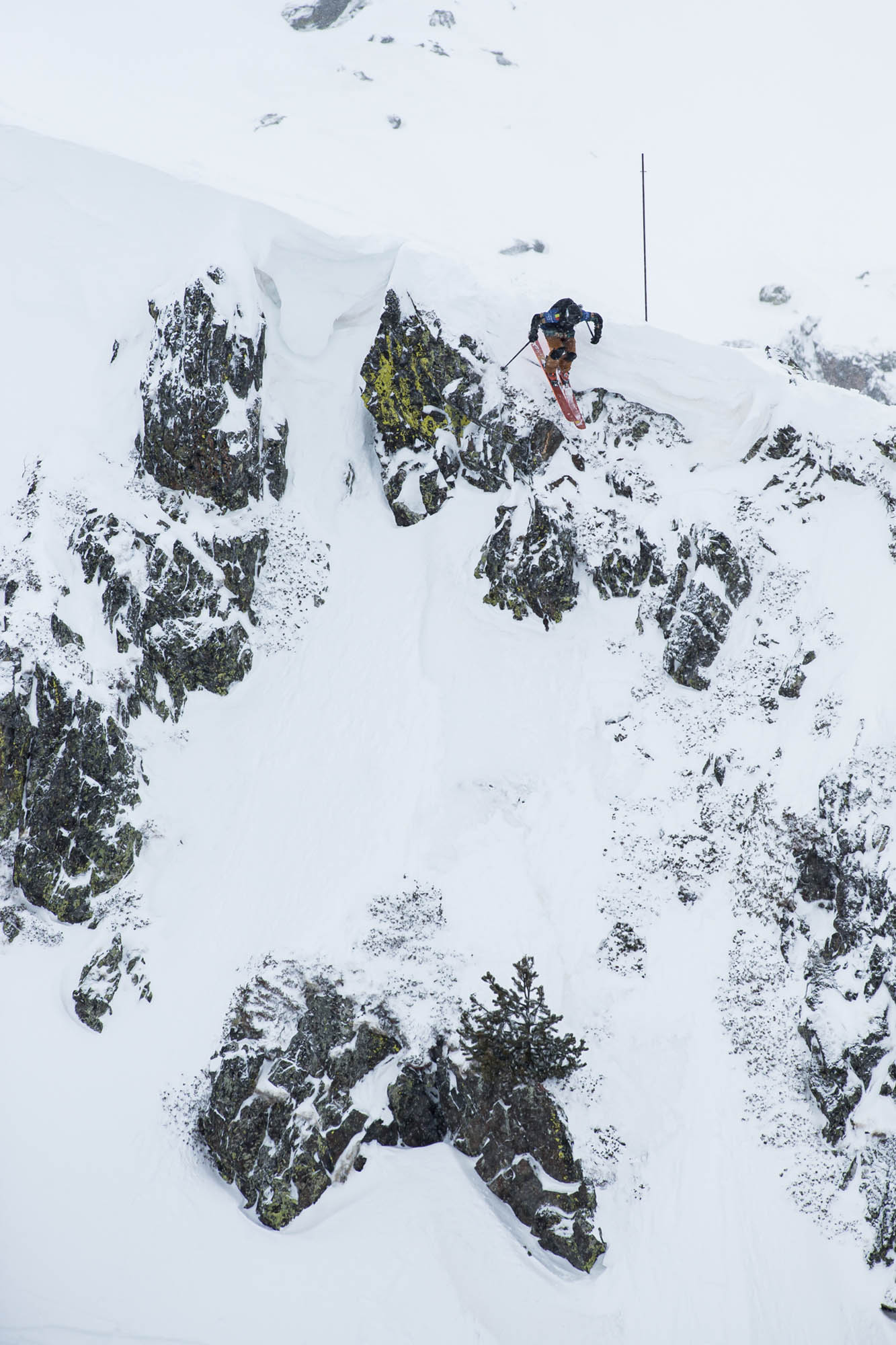 Leo Slemett kicked his run off with a bang with this technical, high-speed entry. Photo: Dom Daher/FWT

Second behind Slemett in the ranking was American Isaac Freeland, who made FWT history with an innovative switch trick, a switch overflip, stomped clean off a sizable drop to kick off his run. Freeland nailed the rest of his run clean, even tossing in a screamin’ seaman into an air for good measure. And 2018 tour champion Kristofer Turdell slipped into third place with a run that mixed technicality and speed with a pair of large and in charge backflips.

The men’s field had plenty of other highlights on display. Aymar Navarro kicked things up a notch early with a characteristically high-speed line through several big drops. Carl Renvall, who’s reputedly “too stylish for the FWT,” made a fine showing, stomping a clean 360 and finding the sweet spot on the venue’s two main lower drops. Renvall ended the day in fourth place. Other clean runs were put down by Andrew Pollard, Kevin & Jack Nichols, and Tanner Hall. Ivan Malakhov, meanwhile, got hung up on a rock but had his highlight moment off of the course, when he proposed to his girlfriend on-camera at the finish line. 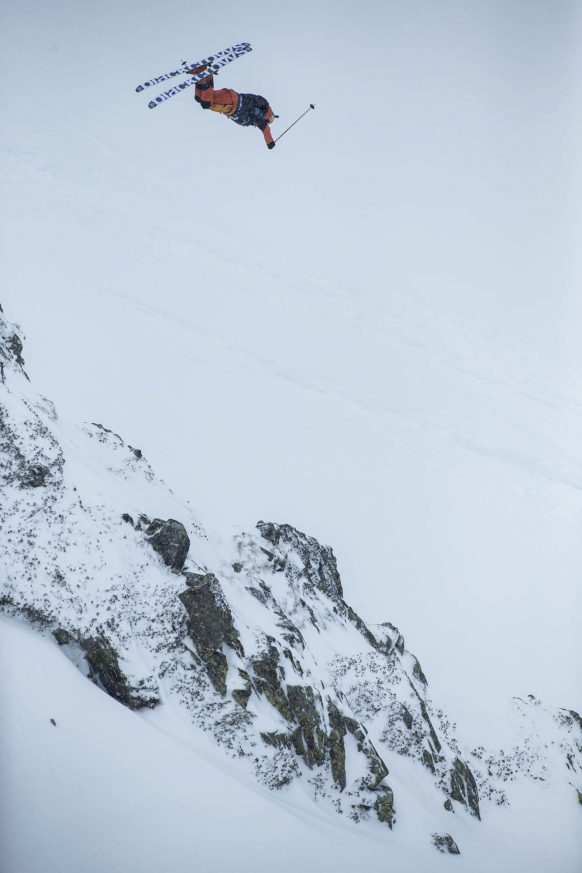 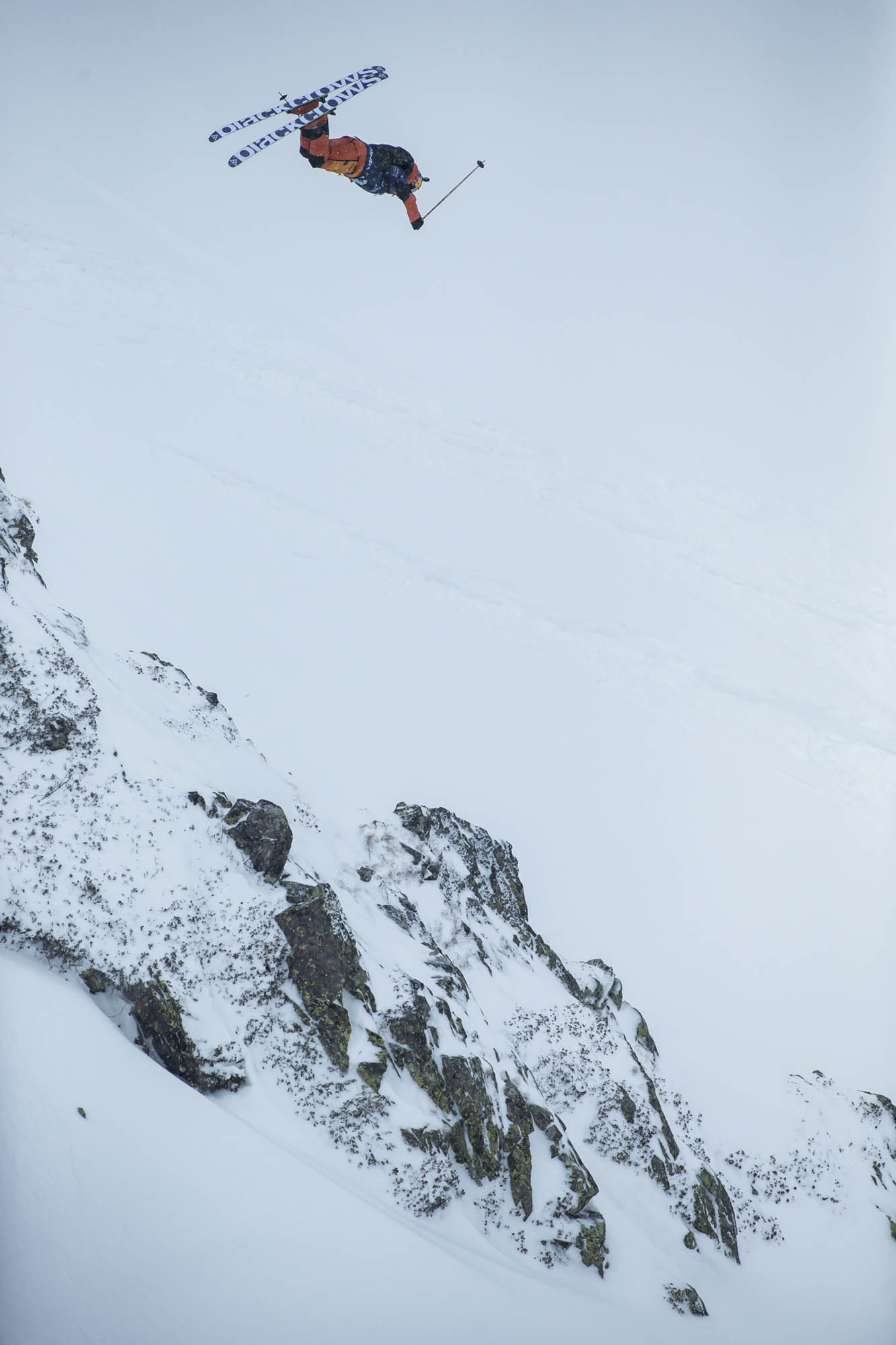 Kristofer Turdell lets it all hang out on a massive backflip. Photo: Dom Daher/FWT 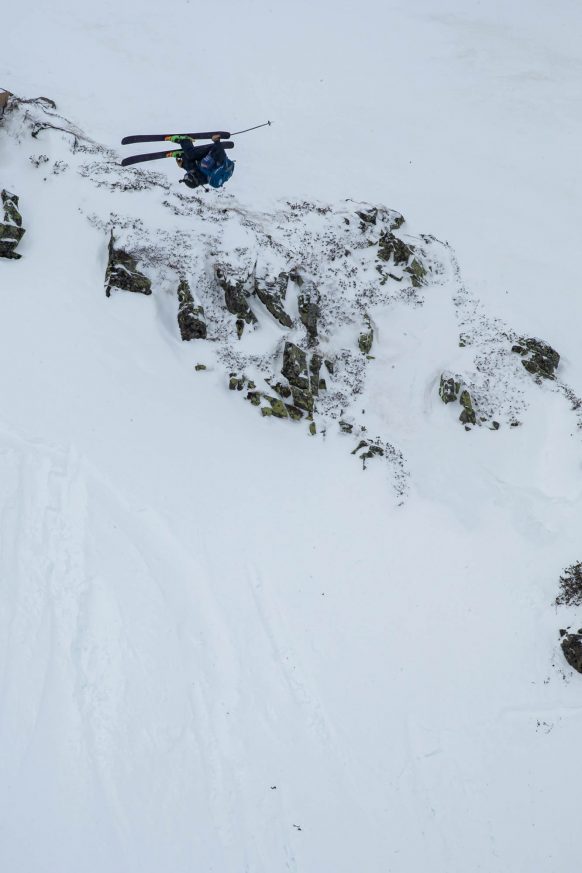 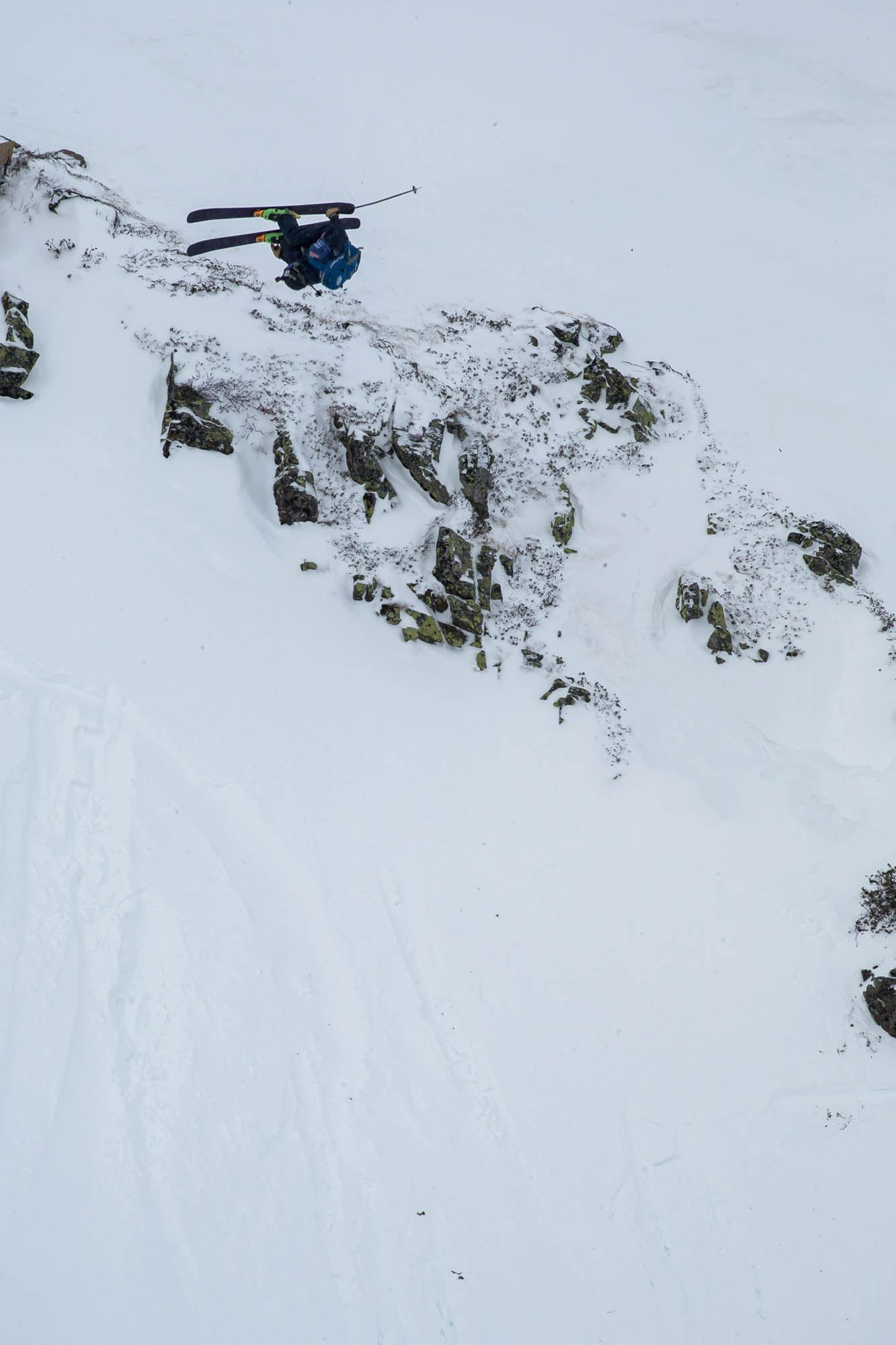 This year's FWT has seen more freestyle tricks than ever. Isaac Freeland just stepped things up a notch with this floaty switch overflip, which he stomped clean. Photo: Dom Daher/FWT 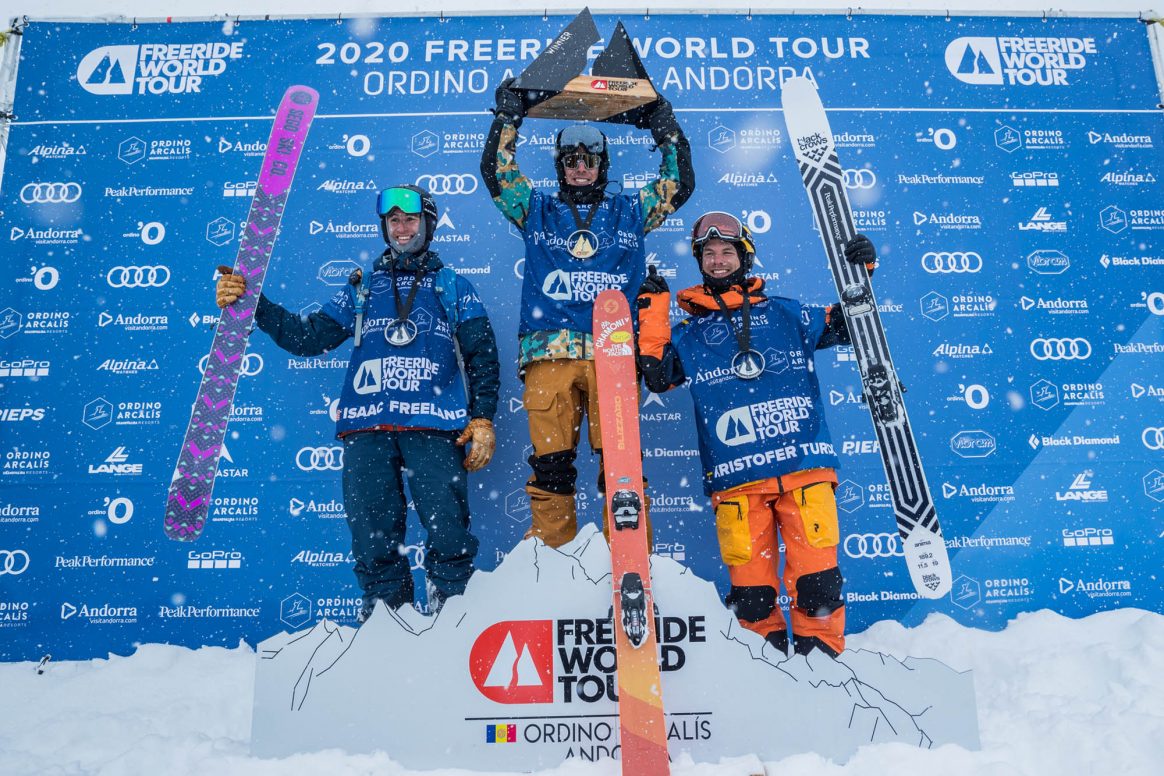 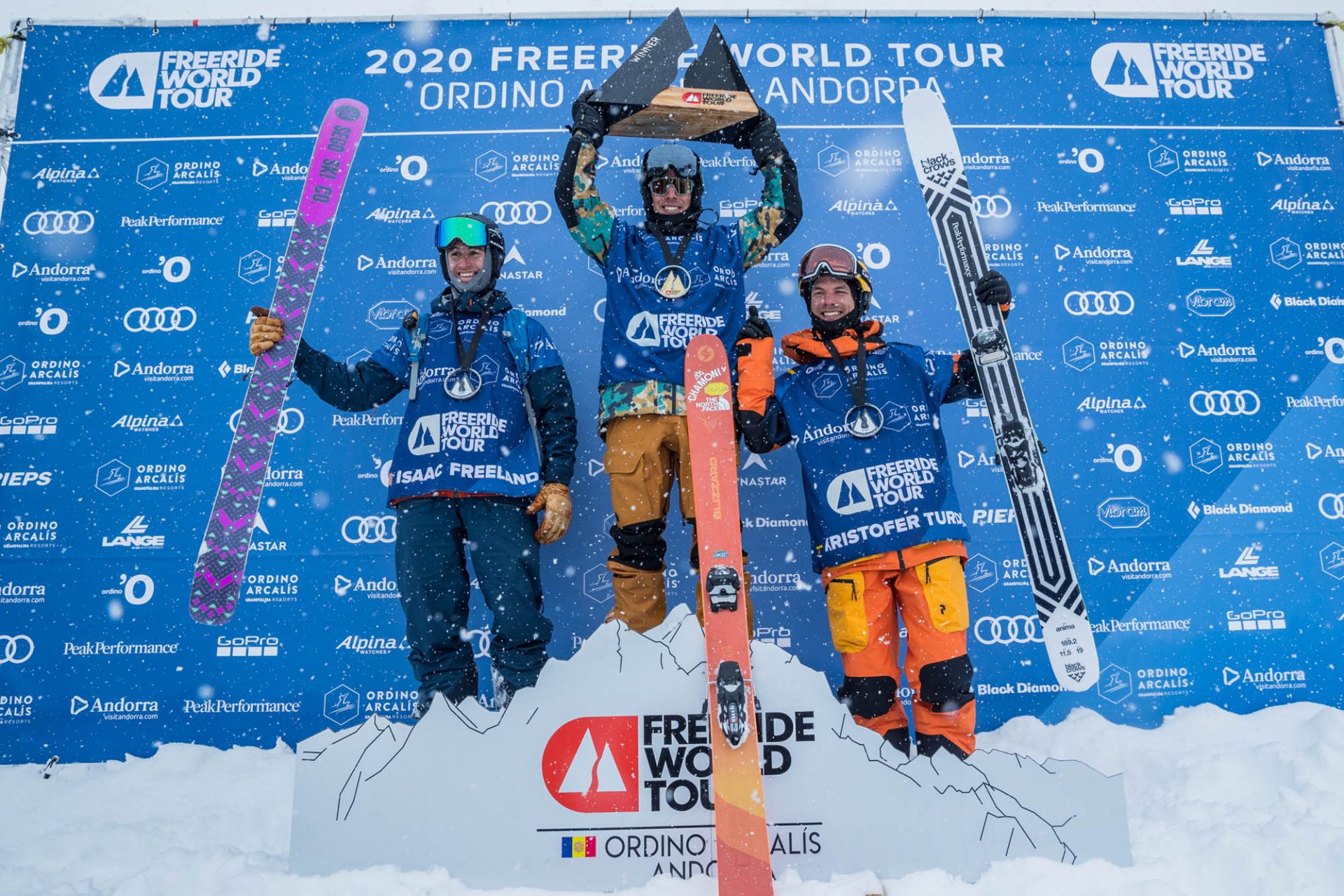 Heading right into this weekend’s tour stop in Fieberbrunn, the last event before the tour finale in Verbier, Hedwig Wessel has established a significant lead in the women’s overall standings, pursued by Arianna Tricomi. On the men’s side, Kristofer Turdell now wears the golden jersey, with Andrew Pollard nipping at his heels. The full standings are available at freerideworldtour.com.