Swiss skier Mathilde Gremaud claimed her first Dew Tour gold medal last weekend in the Dew Tour Slopestyle-turned-rail jam event. While the contest was initially planned to be a full slopestyle, the winter storm returned and continued to get worse throughout the afternoon. Before the event there was a slight hope that the jumps would be included, but as the afternoon continued, the conditions didn’t improve, and the official call was made for the contest to be only on the rails. While there was a relief from the competitors and coaches, there was still a sign of disappointment as everyone had hoped for better conditions. 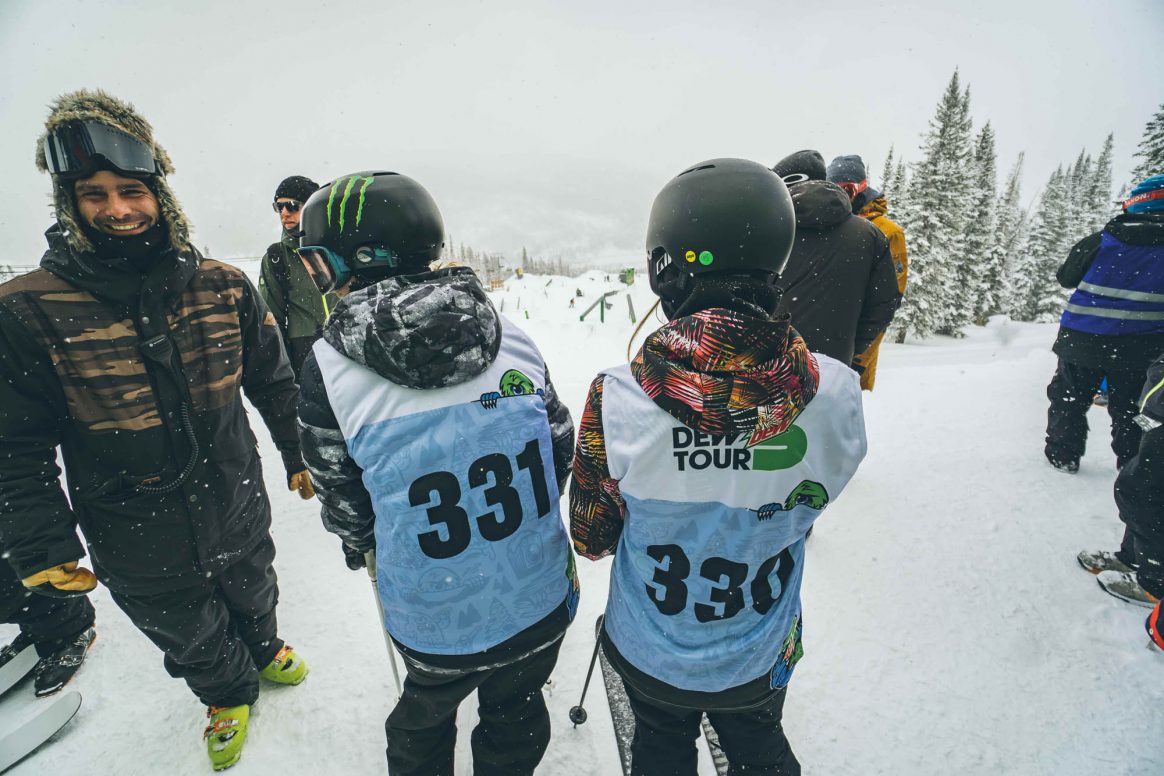 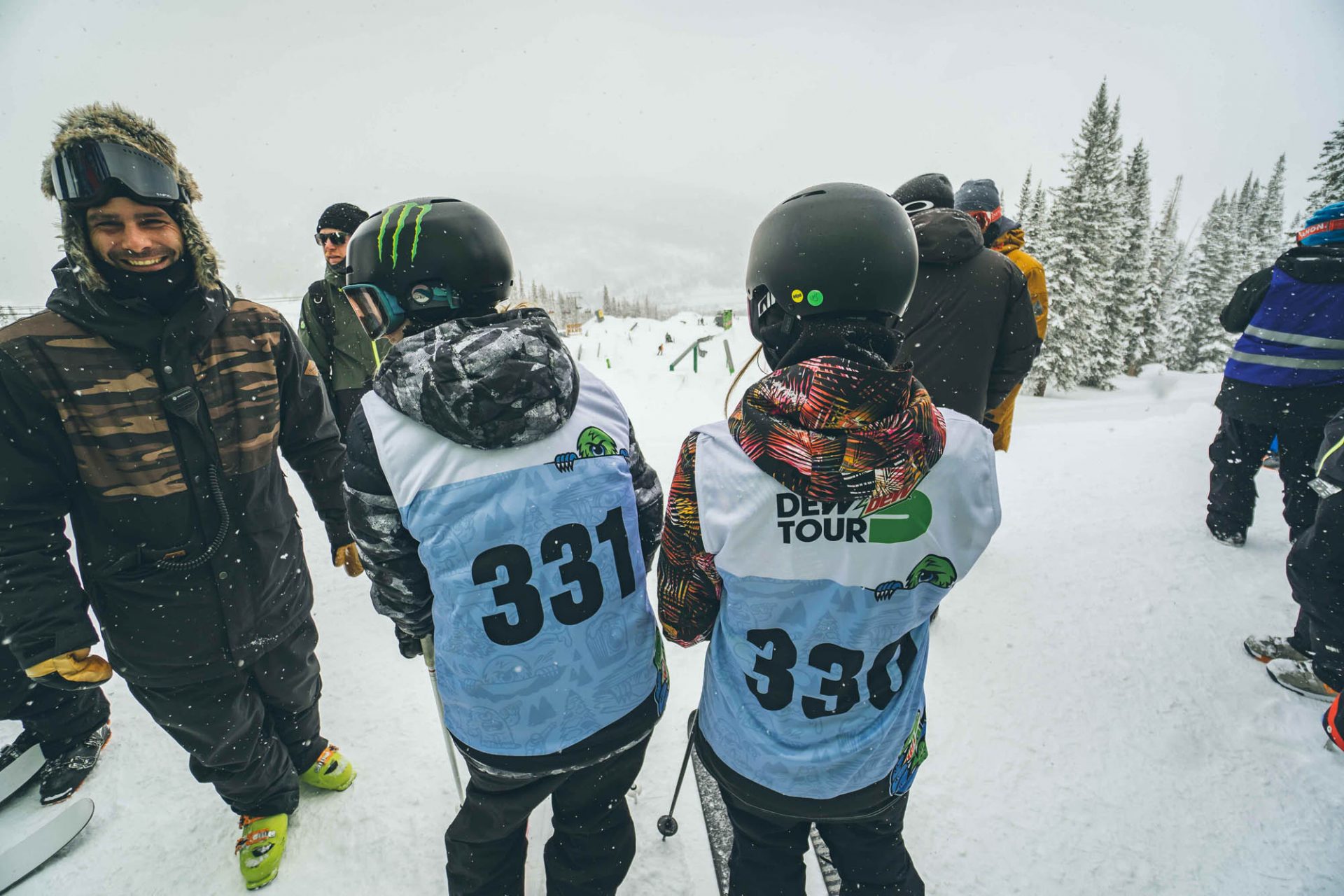 Giulia Tanno and Megan Oldman wait for the weather to improve... to no avail. 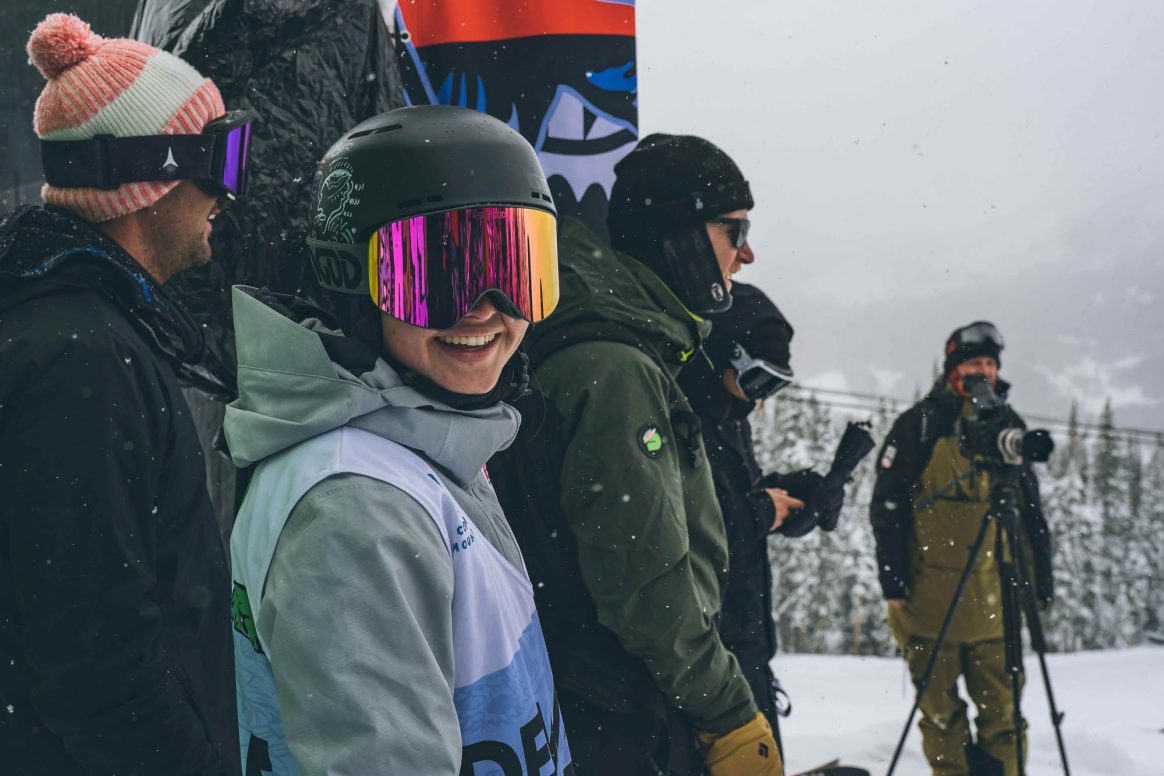 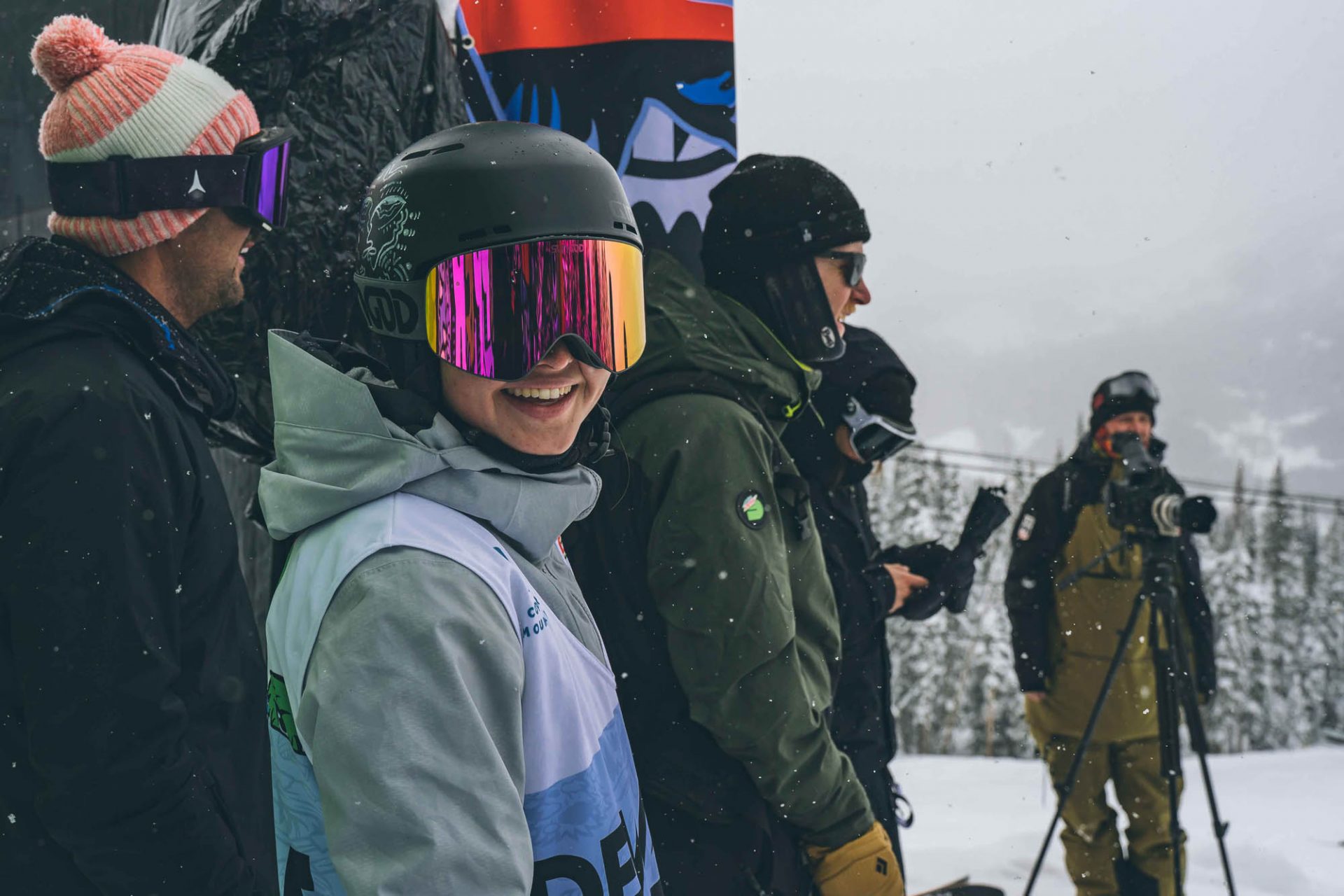 As the first runs got started, top contender Maggie Voisin jumped into the top spot with a rail line that included 270s on and a switch on to a front 630 out of the cannon rail, earning herself a score of 89.33. But Maggie wasn’t able to hold onto the top position for long, as Mathilde dropped in shortly after. Landing a combination of left 270 front 270 off, into a switch right 270 on the down rail, Mathilde moved into first place with a score of 92.00. 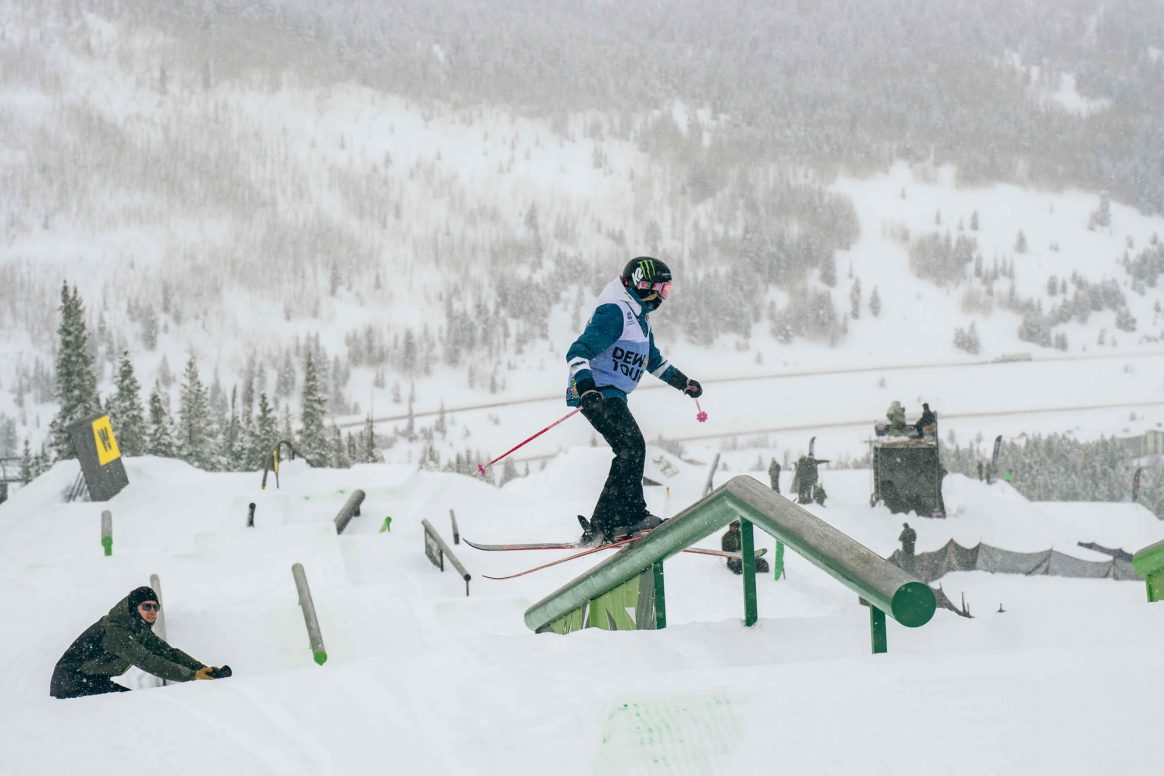 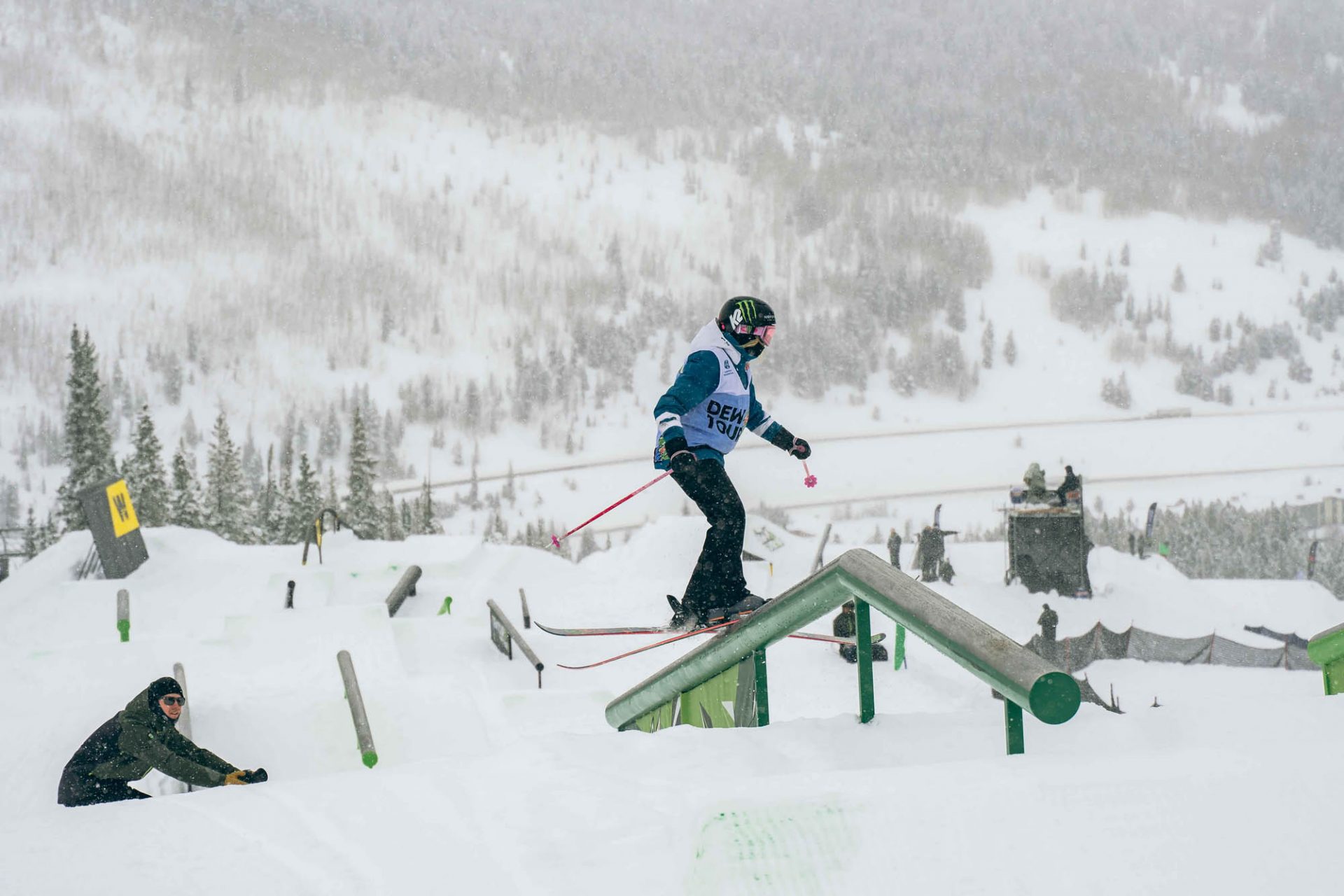 Maggie laces a blind swap on the first rail. 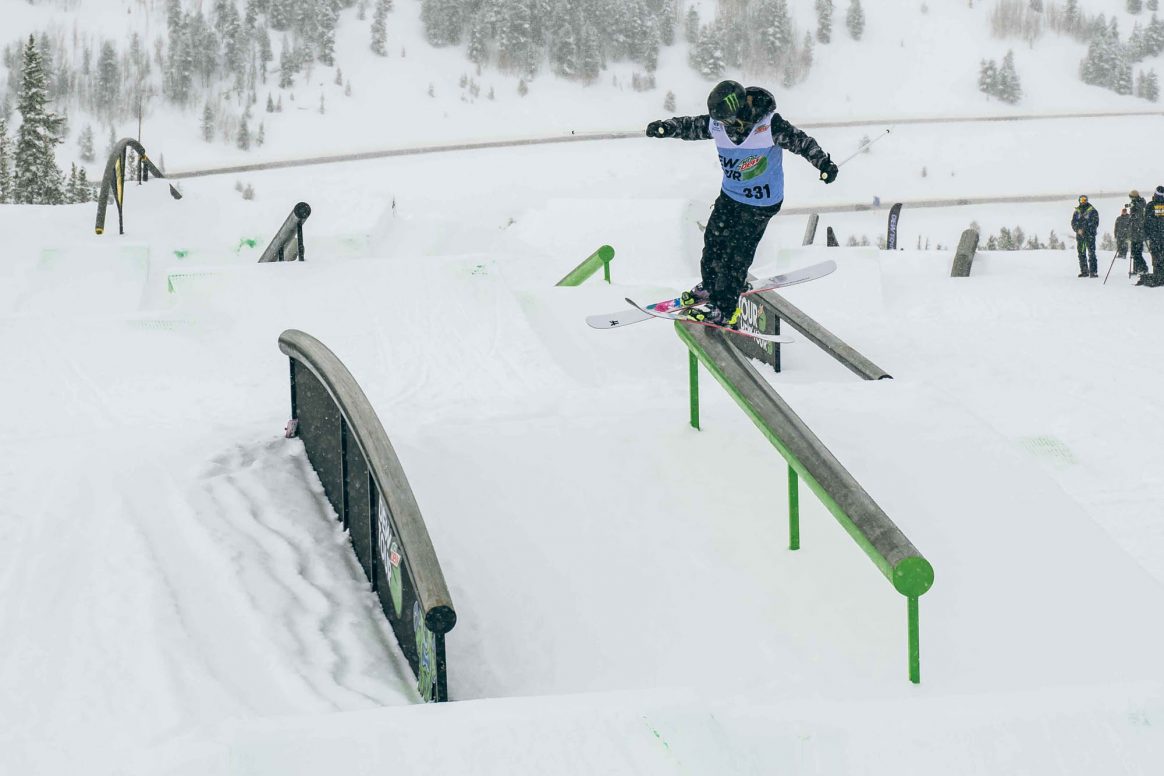 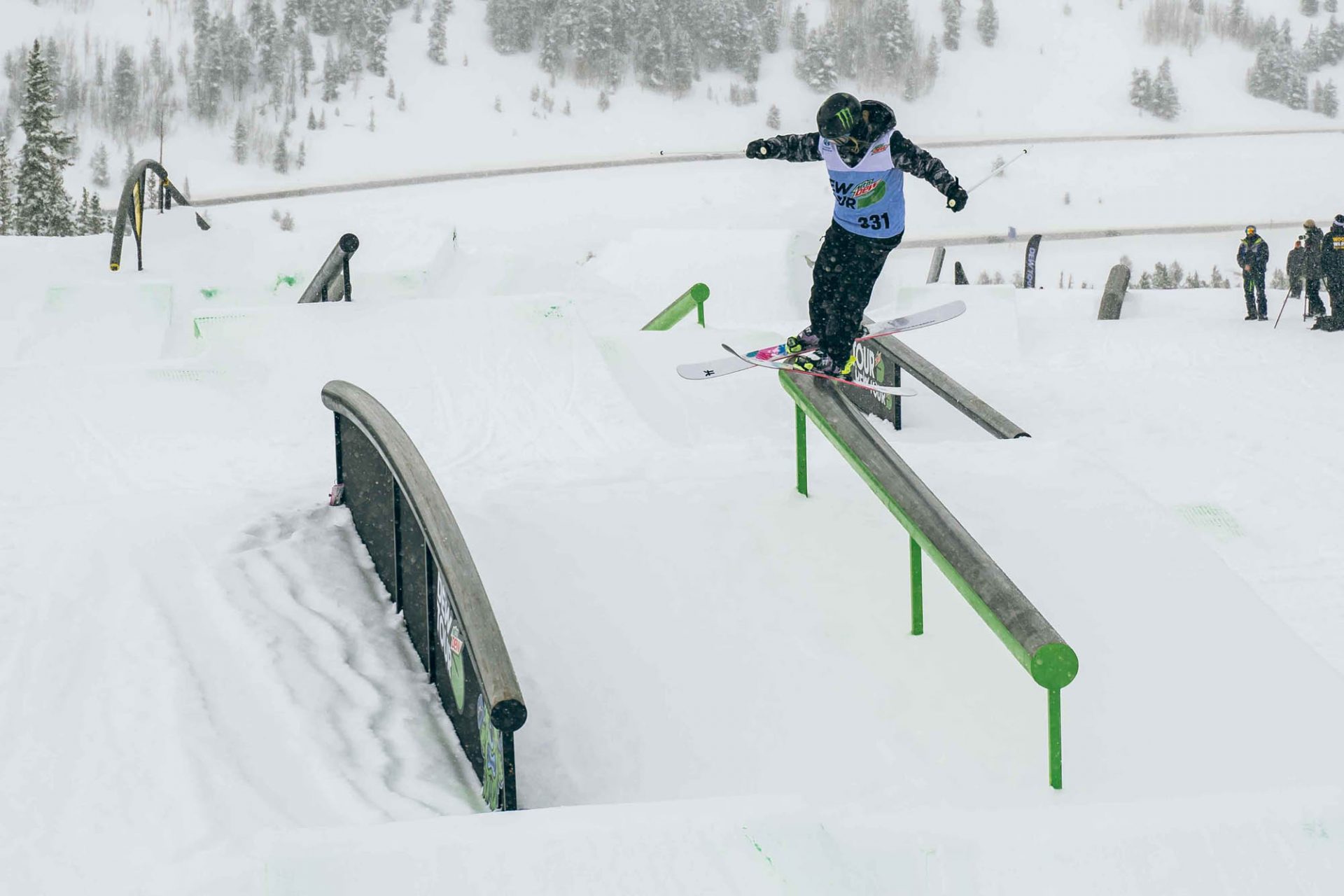 On the second round, the newly crowned Streetstyle champion Johanne Killi landed her run to shake up the podium. She skied a different rail line than usual, adding some variety to put her in first place with a 93.33. But she was only able to hold the top spot momentarily before Mathilde dropped in next, and cleaned up her only mistake from run one to reclaim the first place position. The snowfall continued to pick up as the third round of runs began, causing a lot of speed & visibility issues and causing almost everyone to fall or bobble on their last run. 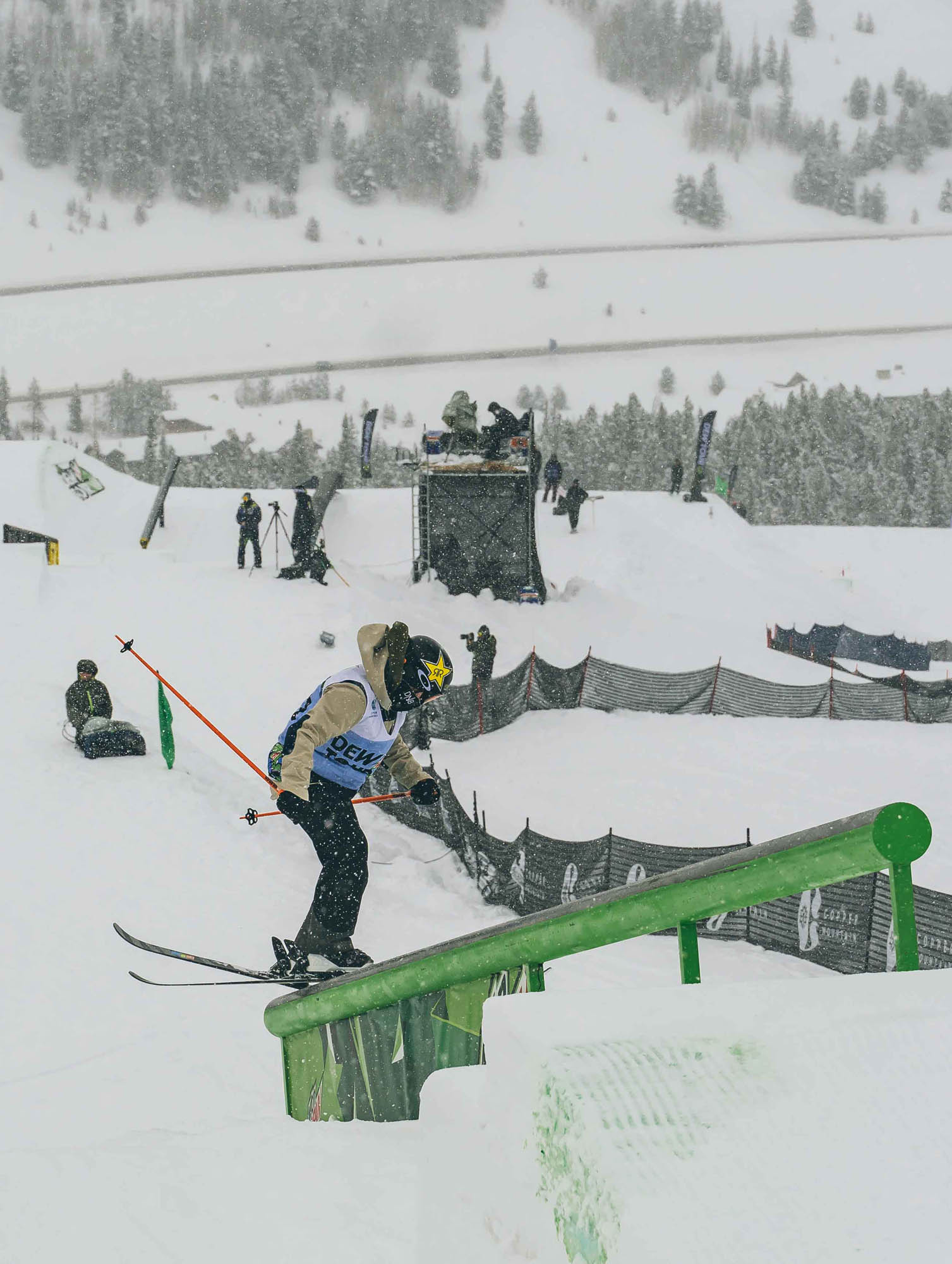 Johanne Killi rides out a 270 on to switch. 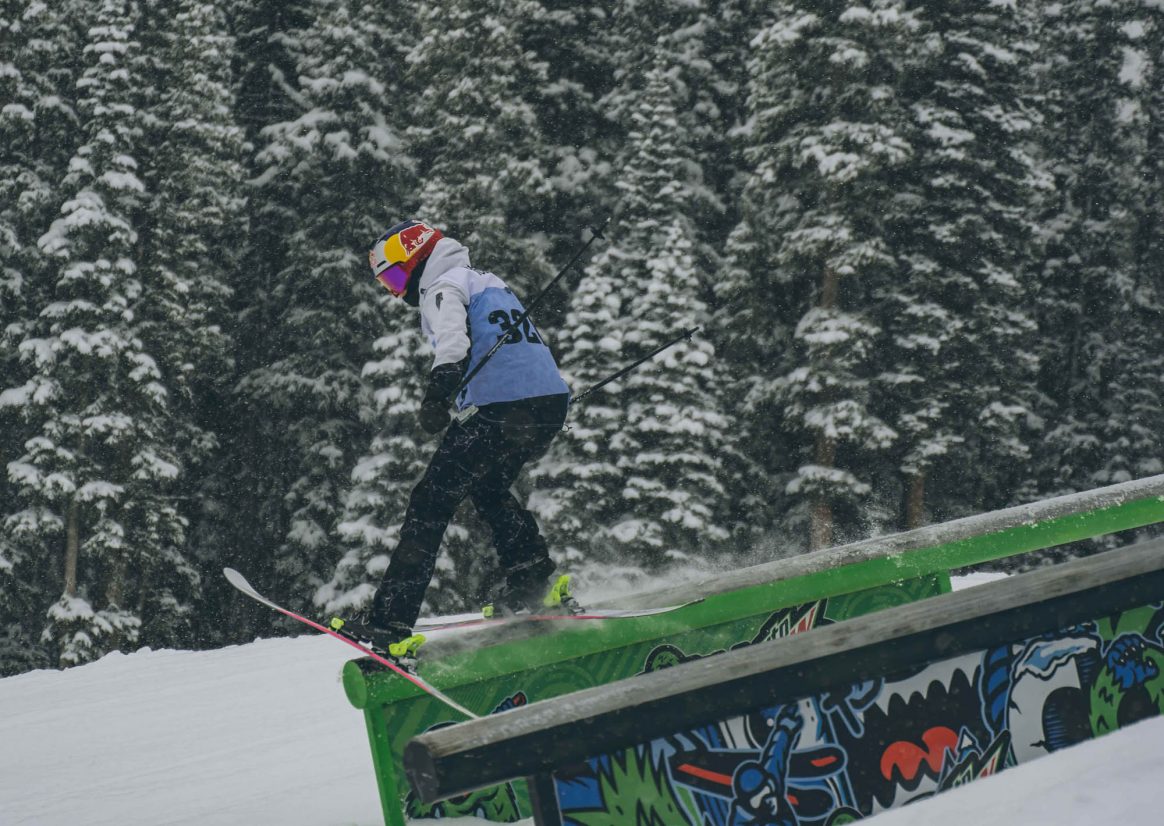 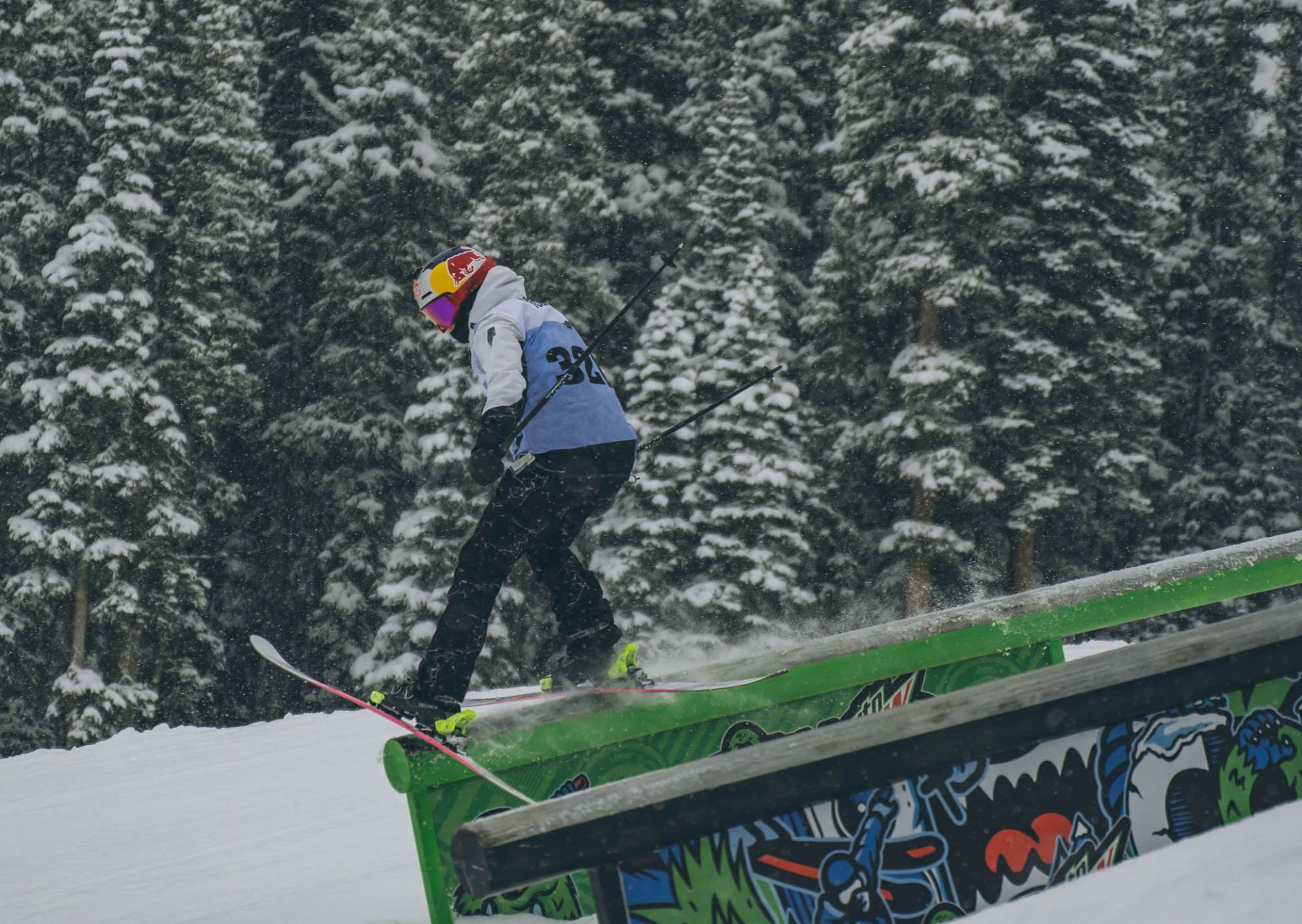 With no one able to change the podium on the third run, Mathilde Gremaud became the new Dew Tour slope champion. This is Mathilde’s second medal from this weekend, including a second-place finish in the Streetstyle event. “Yeah, it’s been big rail week for me.” laughed Mathilde, “It was the craziest week with the weather, pretty frustrating to not be able to ski the entire course, but happy to still have a contest. It would have been a bad idea for us to hit the jumps today, so I’m OK that we didn’t have them.” This thought was echoed by third place finisher Maggie Voisin, who said, “I haven’t skied in a rail jam for a long time, but I’m stoked we were able to still have a contest.” 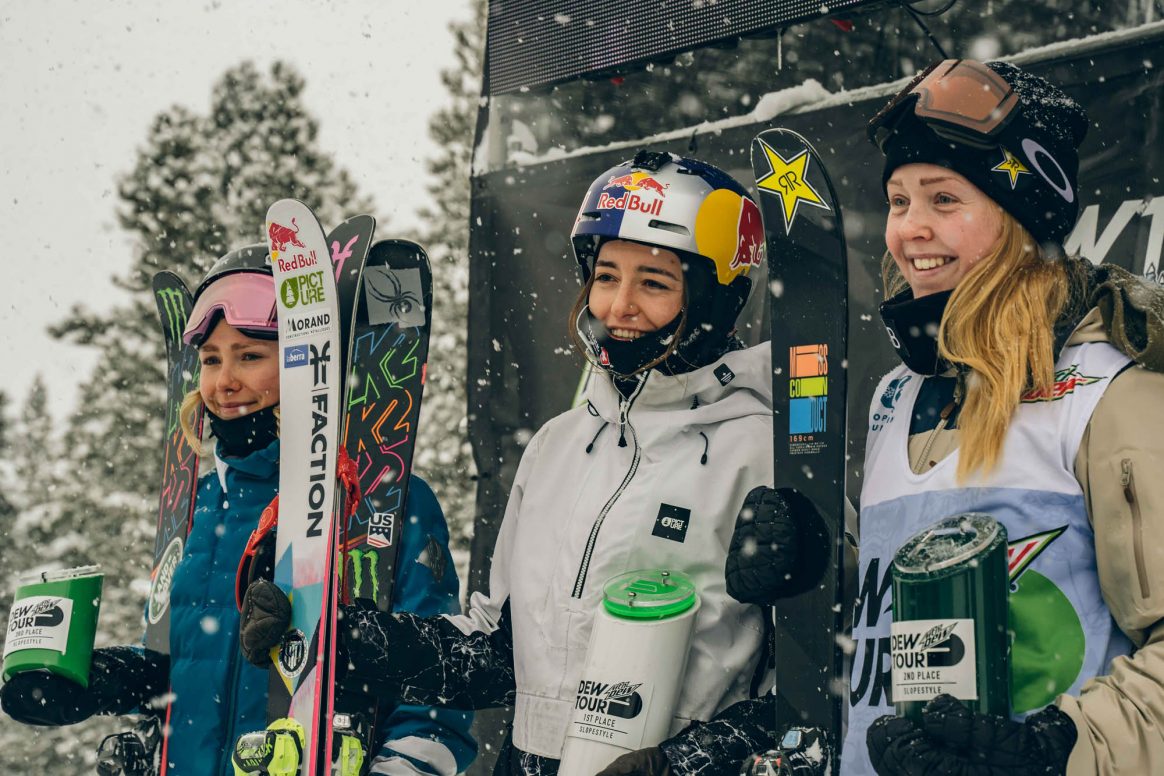 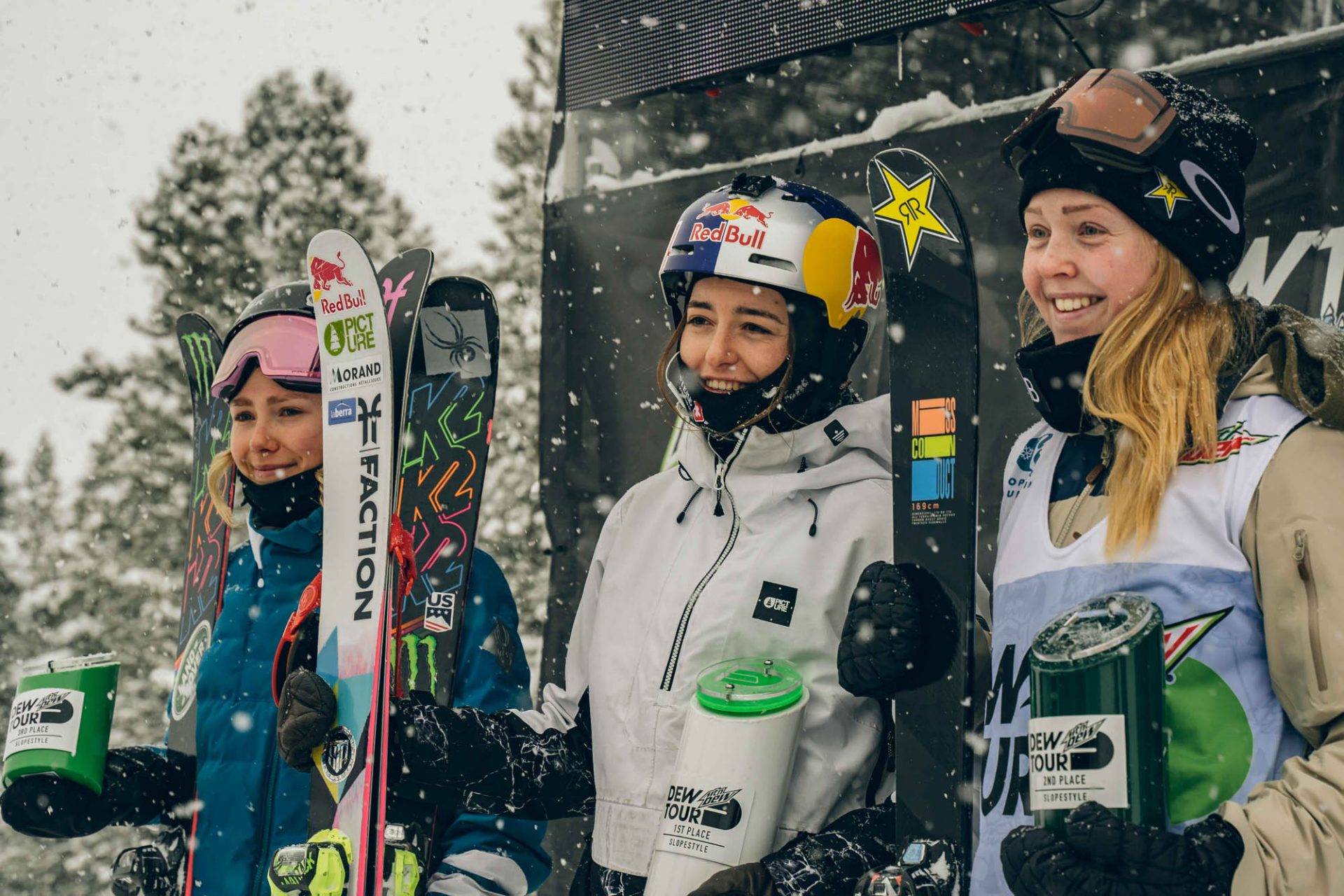 Although the event didn’t end on the best note, it’s always better to have some modified version than no event at all. While there was little improvement in conditions for athletes, the powder hounds certainly had no complaints over the weekend. A massive congratulations for the top three and the rest of the girls who continued to ski well despite the harsh conditions, and to the course maintenance crew who worked hard all weekend to make sure this event happened. Now time to go ski some powder!