Red Bull Playstreets is one of the standout events of the European freeski scene. Where else can you see some of the world’s best freeskiers careening down a tight slopestyle course that runs straight through an Austrian resort town, with a crowd of thousands of inebriated fans cheering lustily from the sidelines? 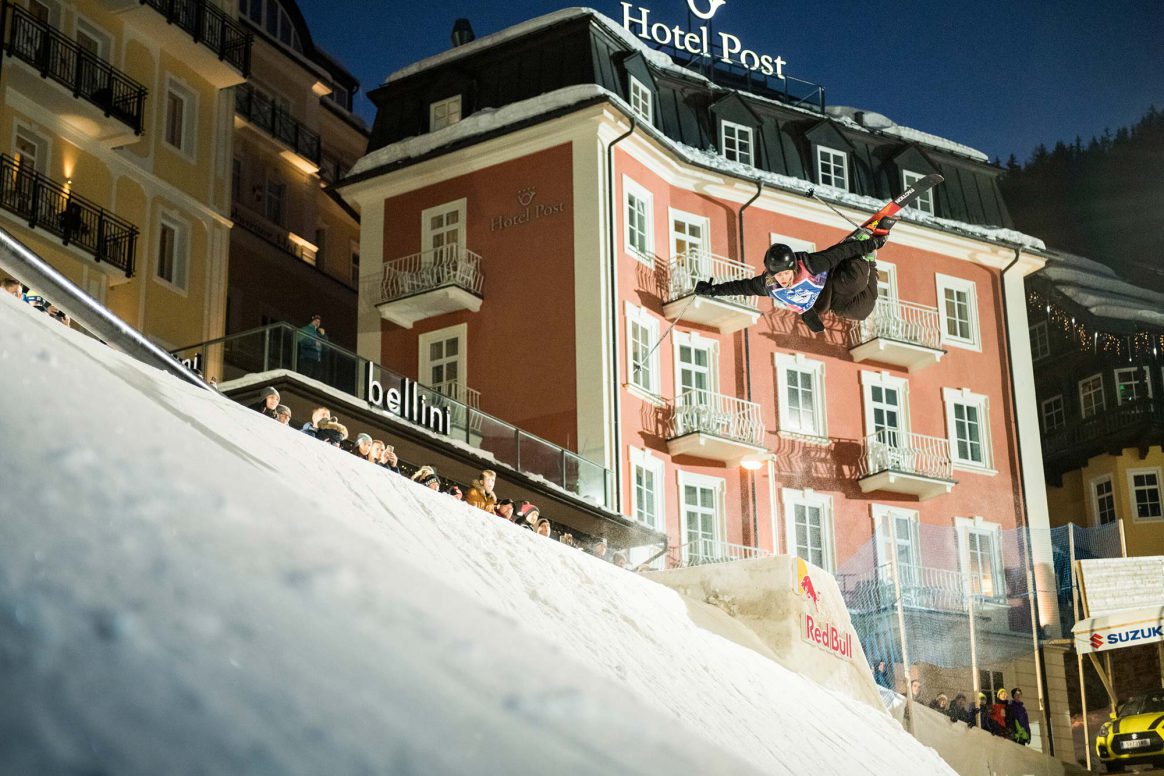 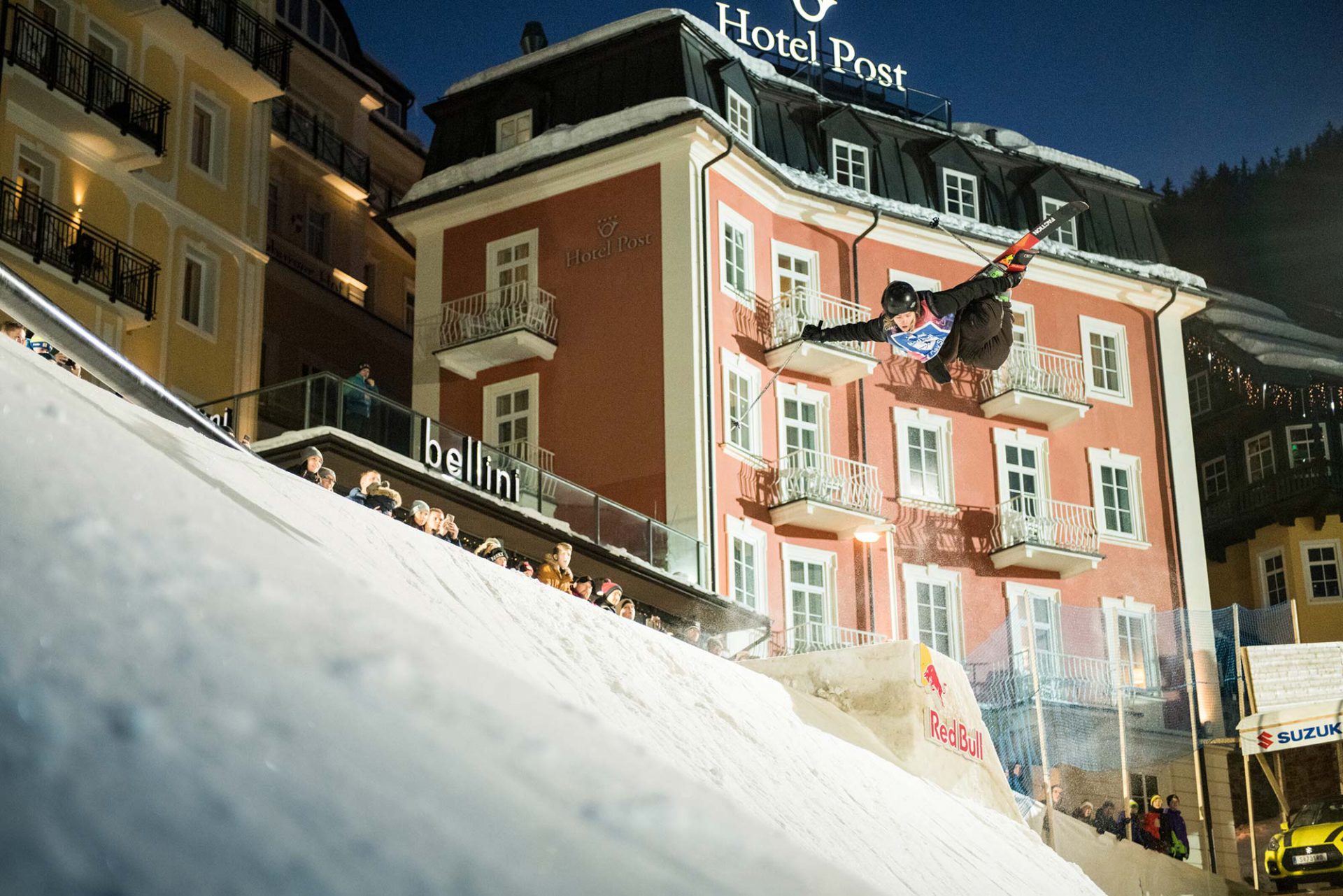 The 2019 Red Bull Playstreets — back after a one-year break — was no exception, as big names and regional up-and-comers alike tried their hand at the challenging course full of tight transitions and little room for error. Antti Ollila was in the mix, as was Swedish slopestyle threat Oscar Wester, American star Nick Goepper and Canadian legend Vincent Gagnier. Meanwhile several local German and Austrian riders like Vincent Veile, Sam Baumgartner and Flo Preuss also tossed their hat into the ring. 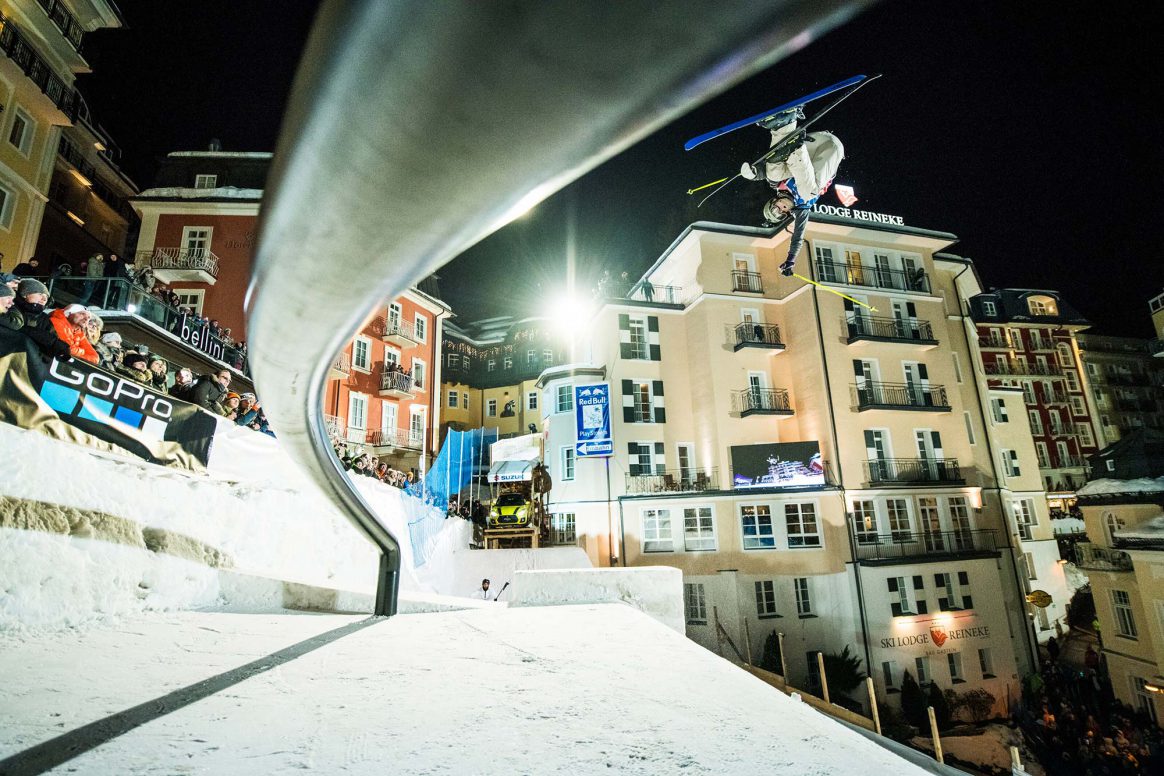 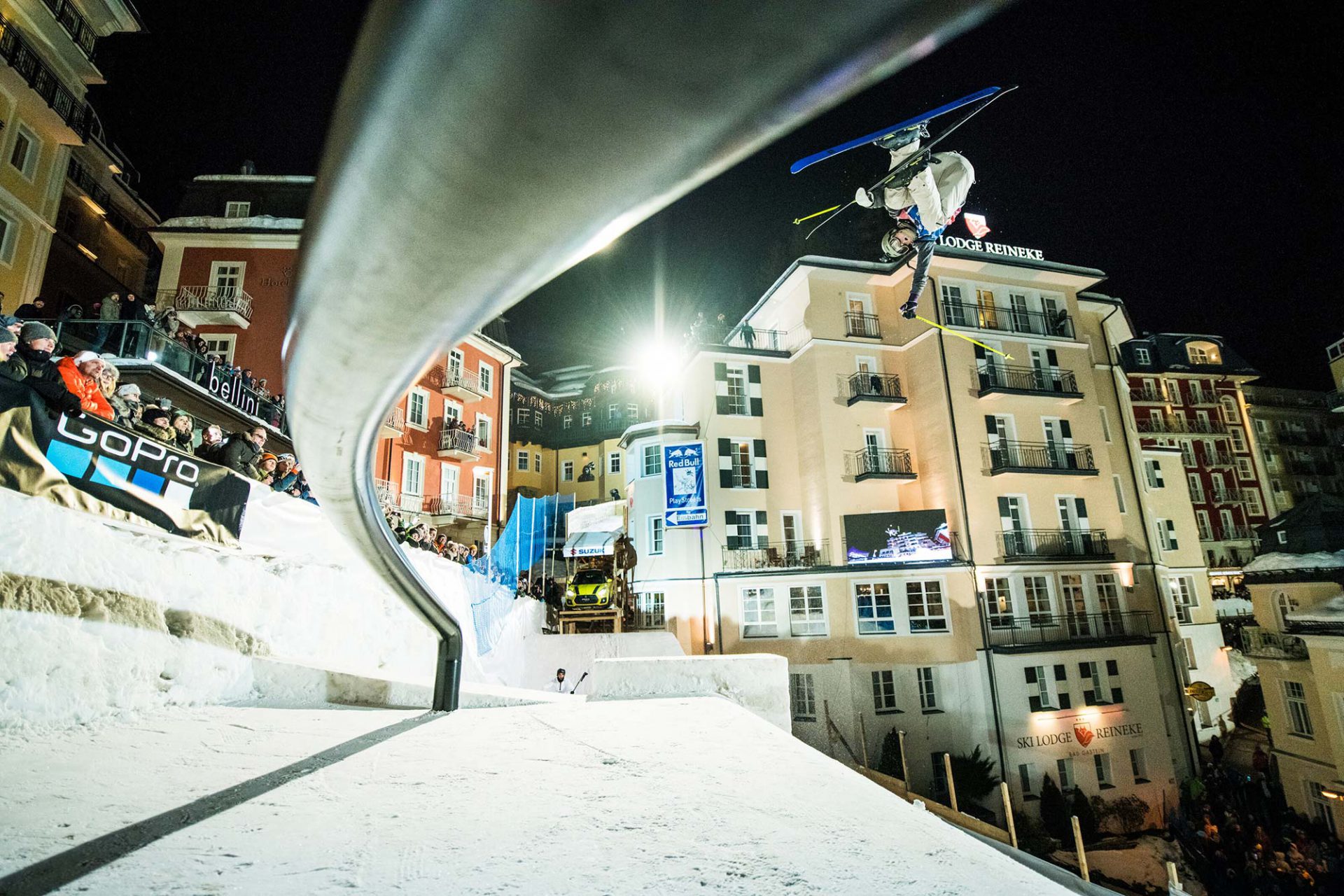 In the finals, skiers went head-to-head, with the best run (as decided by a three judge panel headed by Raf Regazzoni) moving on to the next round. In the semifinals, 2017 winner Jesper Tjäder knocked out Germany’s Tobias Müller with one of the cleaner runs of the night; Japan’s Taisei Yamamoto narrowly edged past Lukas Müllauer in a decision that had many scratching their heads; Johannes Rohrmoser put down one of the loosest runs ever seen on skis, losing a pole and the round to Nick Goepper; and Vincent Gagnier’s creative pole grabs—catching his pole baskets on his skis rather than grabbing with his hands—succumbed to the clean skiing of Oscar Wester. 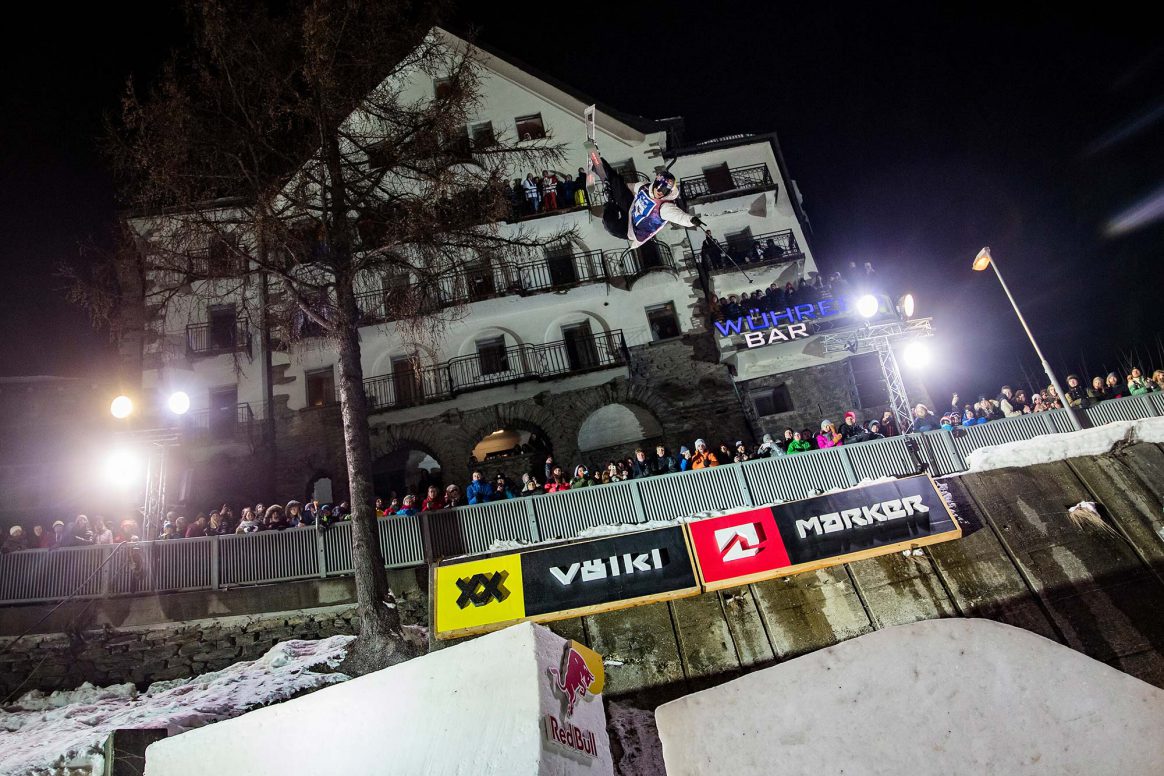 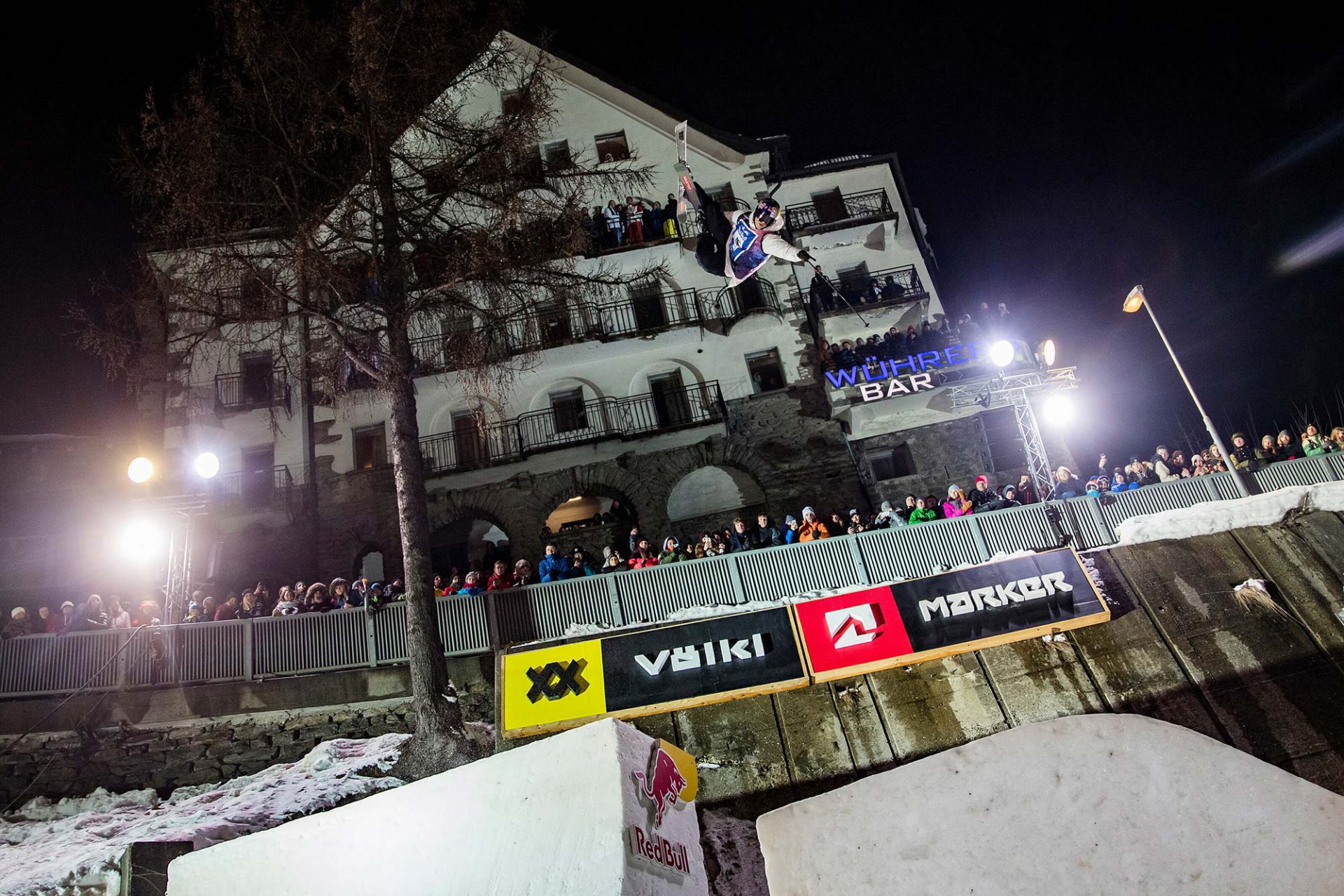 In the quarterfinals, Tjäder knocked out Taisei Yamamoto, and Goepper prevailed over Wester with impressive both-way switch 2s on, pretzel 270 on the bottom rail section—a very tech contest rail combo on this tricky course. That set the stage for a final showdown between Goepper, always hungry for a win, and the defending champ Jesper Tjäder, whose stuntsmanship is a natural match for the Playstreets course.

In the end, Goepper pulled out all the stops to claim the win — adding a double flatspin into his run on the first feature and stomping it clean, then nailing the rest of his run: right and left 270s on, a few threes, a creative rodeo 5 to flat on a feature others weren’t tricking, rounded out with the switch 270s at the bottom. Tjäder nailed his run too, stepping it up with an extra pretzel 270 out of his closing disaster 450 — but the judges favored Goepper, who now gets his name emblazoned on a gold star on the Playstreets Walk of Fame in downtown Bad Gastein, and another well-earned win to add to his trophy case. 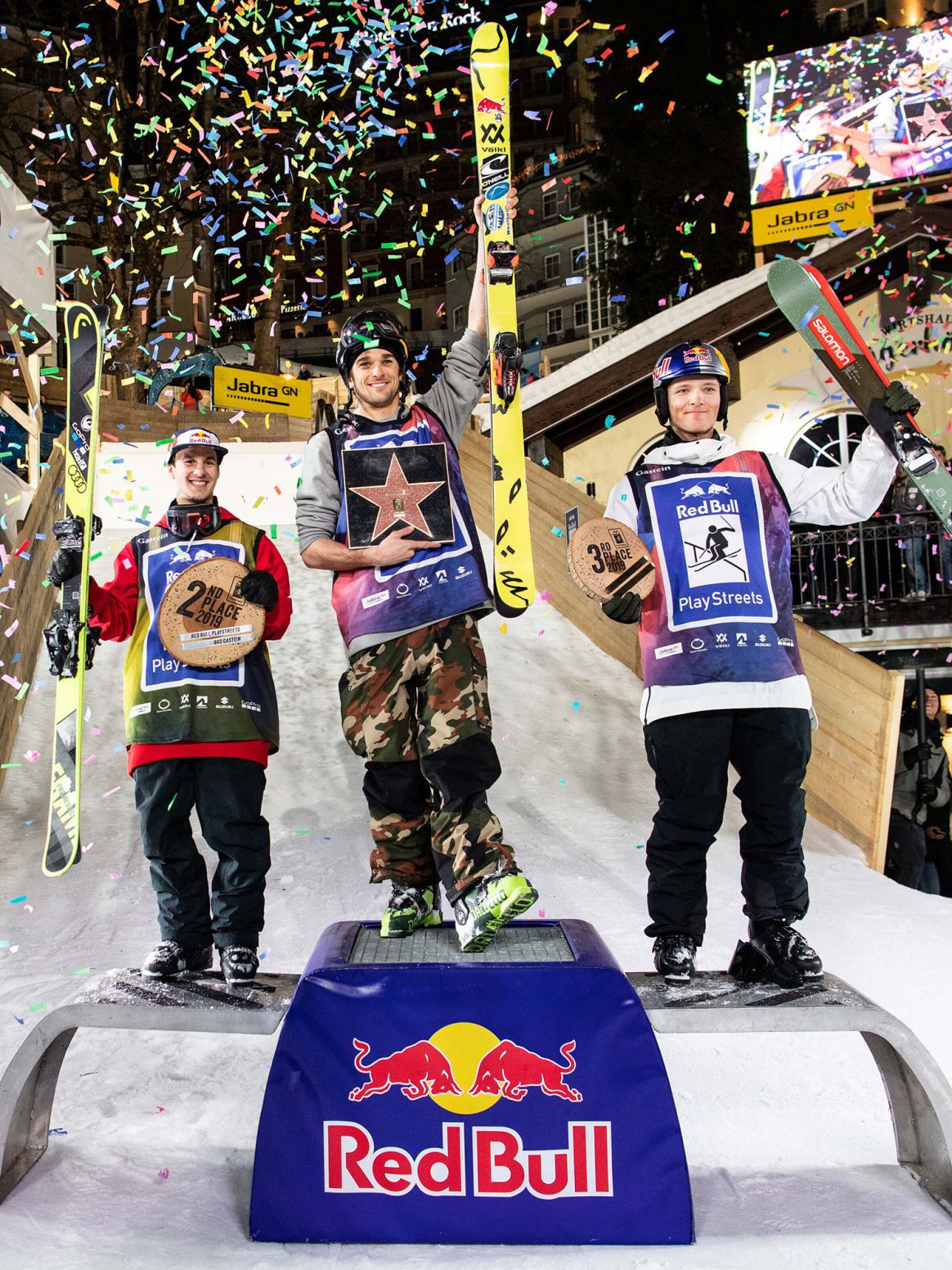 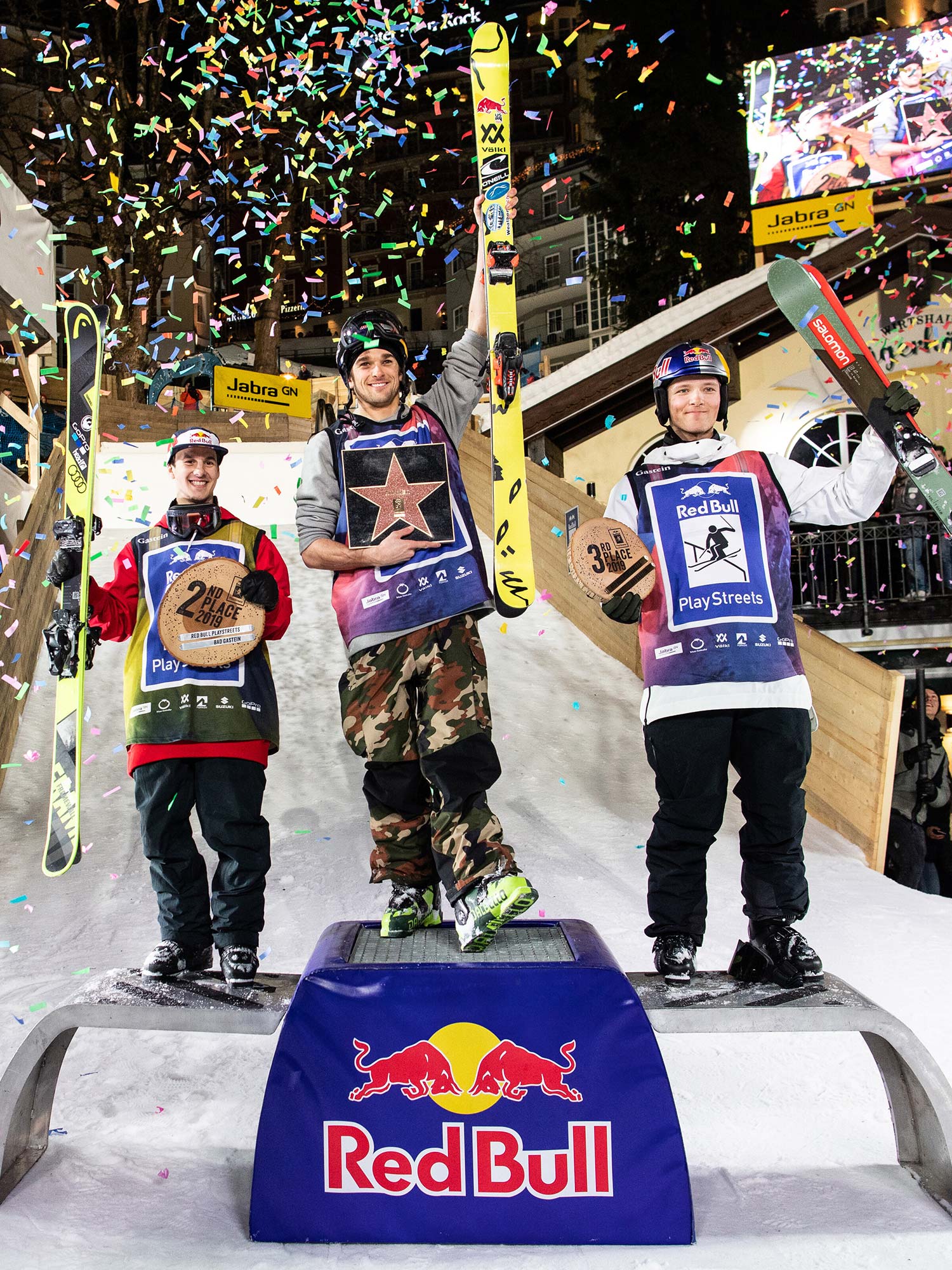 That’s it from this year’s Playstreets — if you missed the livestream last night, check out the full replay below. If you were there on site to watch in person — hope the hangover’s not too bad.