The fourth and final day of the 2020 Winter Dew Tour started off with another familiar scene from the past week, as it snowed an additional eight inches overnight. Following the previous powder day we had on Friday, it’s safe to say expectations were running low for this to be a good event. Thankfully the course shapers were out early at 5:00am to clear out the snow and make sure the course was ready. By the time the riders got on course for practice, speed seemed not to be a problem as doubles were being landed within the first 15 minutes, giving the crowd hope that this modified pipe event would be a good show after all.

In its second year as an event, this year’s modified pipe was getting rave reviews. “I’ve had a ton of fun this week,” said Noah Bowman. “We were able to get in a lot of practice, and it’s so fun to switch it up from the usual halfpipe.”

As the contest got started, the snowfall continued to ease up. On the first run, Gus Kenworthy was out in front for an early lead with a score of 84.66 with a run including a double cork 1080 on the hip, into a right cork 1080 on his first pipe hit and ending strongly on a switch left double cork 1080. Gus was fired up, saying, “I really had some troubles yesterday in Slopestyle, and was feeling pretty down on myself. This morning, I felt great and wanted to get redemption.” Gus led the pack for the majority of the first run until the Kiwi sensation Nico Porteous bumped him down to second. Nico’s run included a massive double 1440 rotation on the side hip, which was followed by a switch left double cork 1080 into a right double 12. 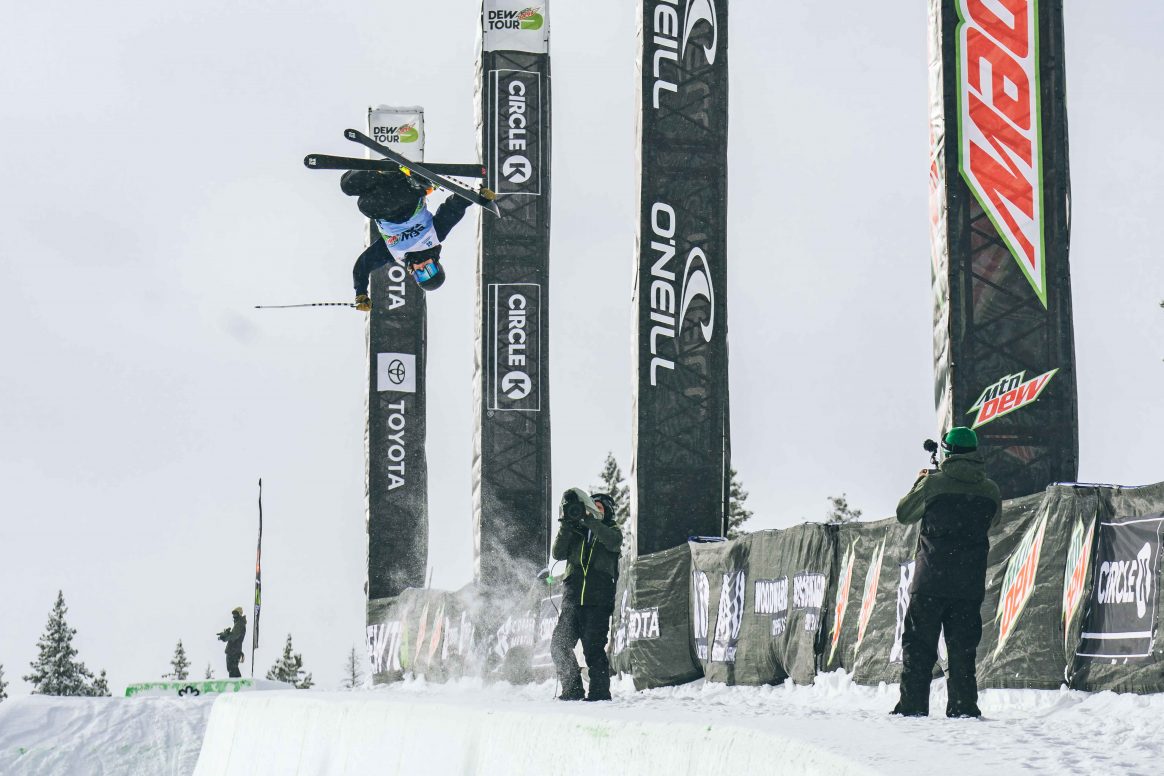 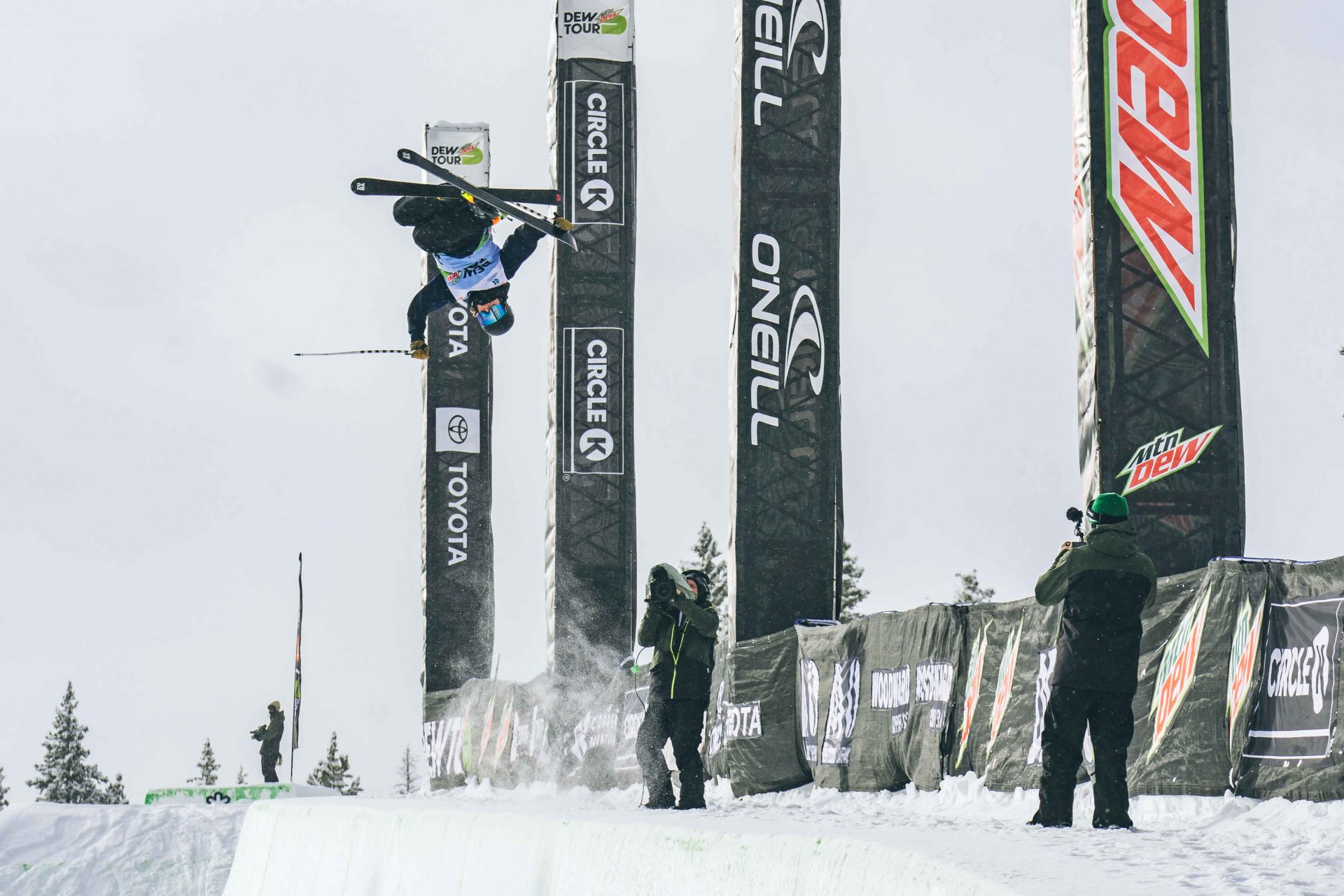 Brendan Mackay gets the tail grab. 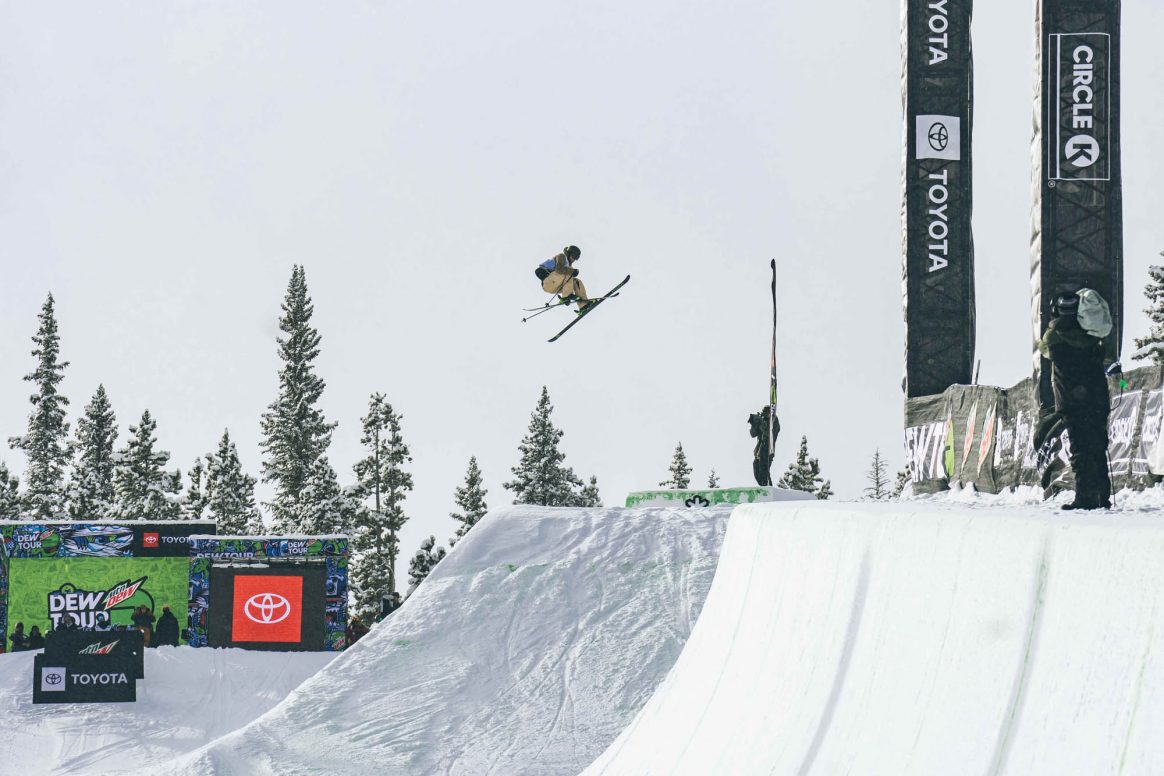 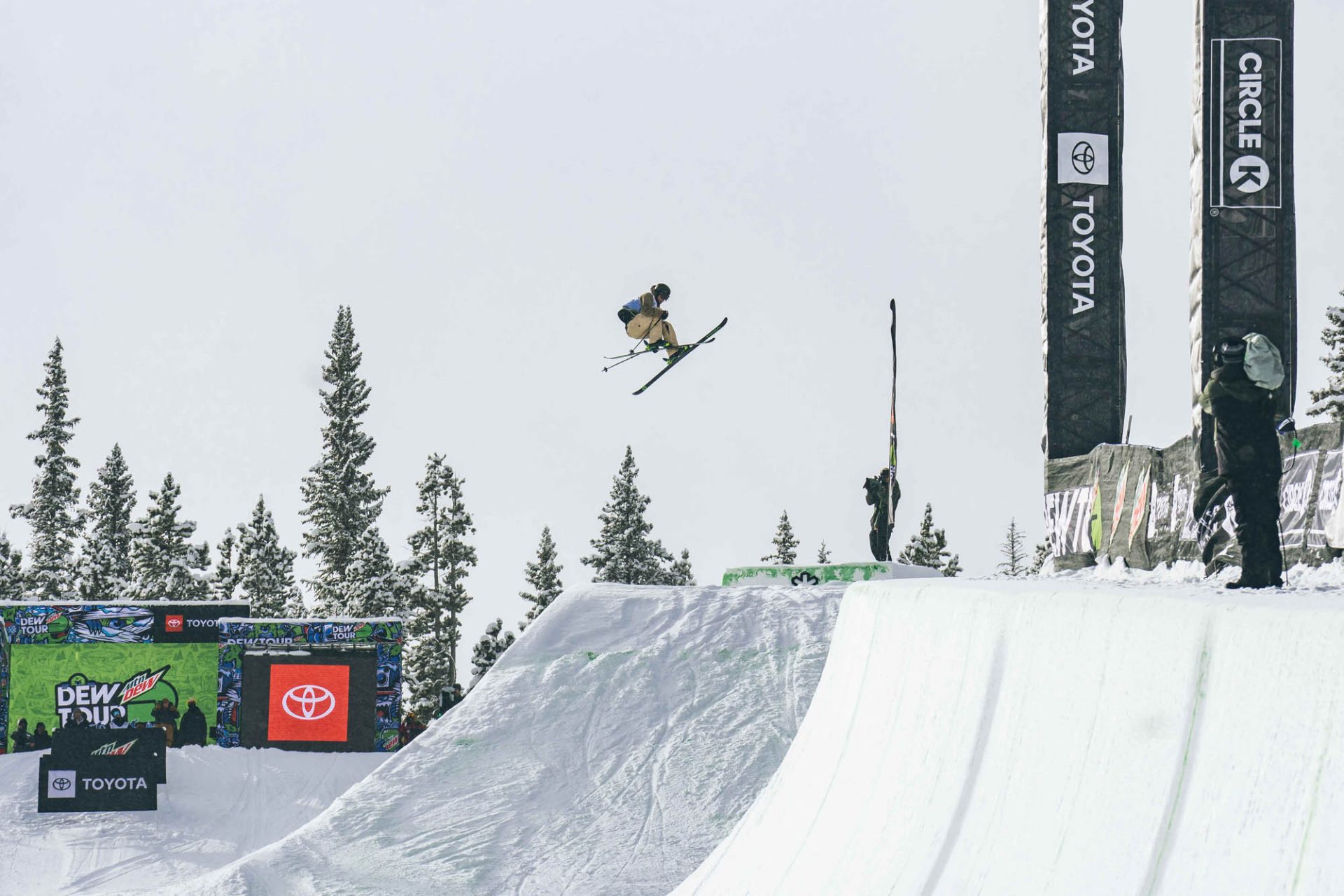 Lyman Currier was on the hunt for a big finish, but couldn't put it all together.

Going into round two, conditions continued to improve as the sun made its first appearance of the day. Gus was able to reclaim the top spot, posting the day’s first score in the 90s, by improved his difficulty by doing a flawless switch double cork 1260 on his last hit. Birk Irving, after having trouble on his first run, was able to get into podium contention by landing a clean run that ended with his signature double flat 720 and moved him up into third place.

As the third run started, Gus tried to improve his score with a double cork 1080 blunt on the hip, but landed backseat and had to pull out of his run. Nico, still in second place, tried to up his run by going double alley-oop on the first hit, but didn’t have the speed needed, under-rotated and lost a ski (not to mention a binding). 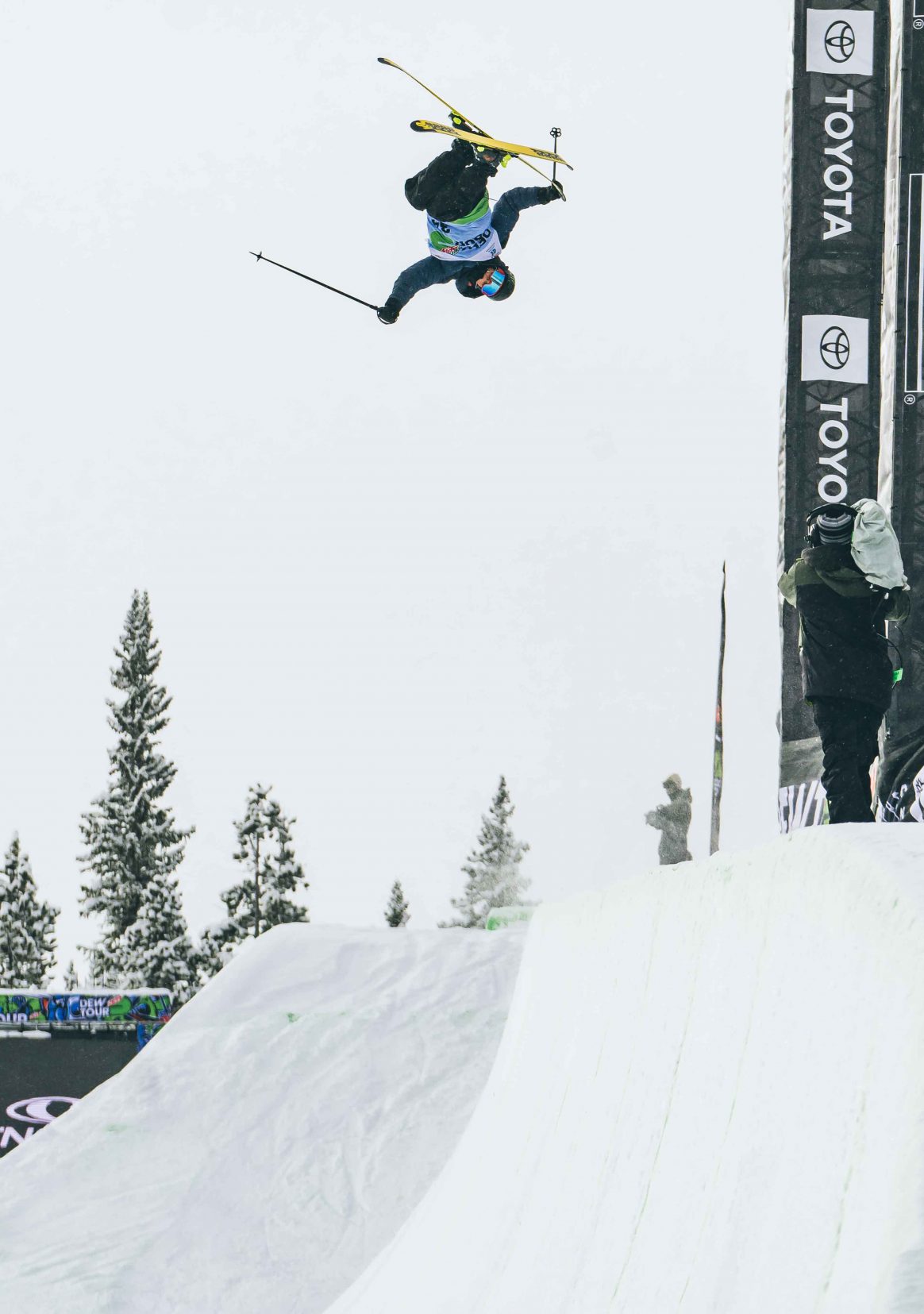 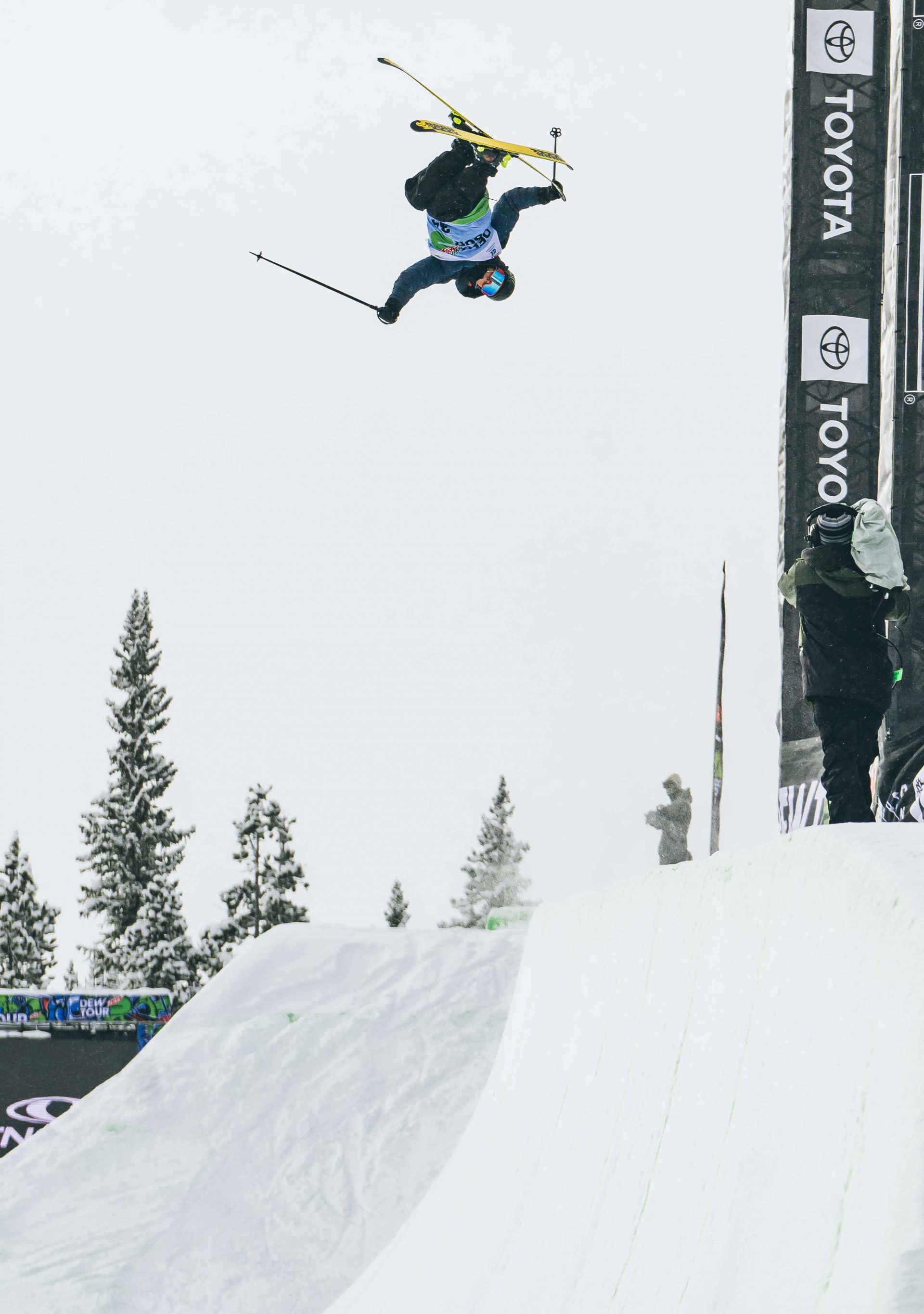 Birk Irving large and in charge. 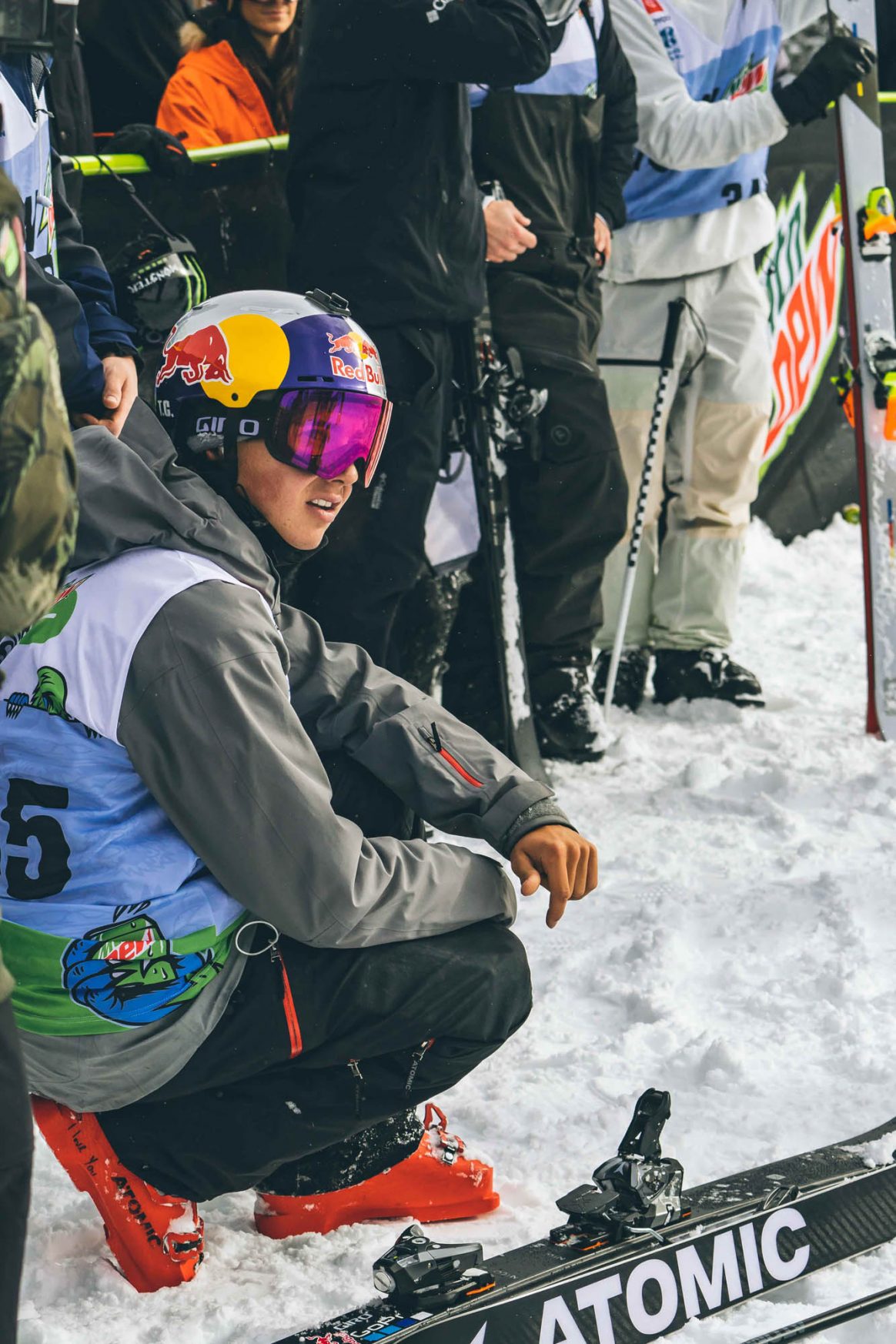 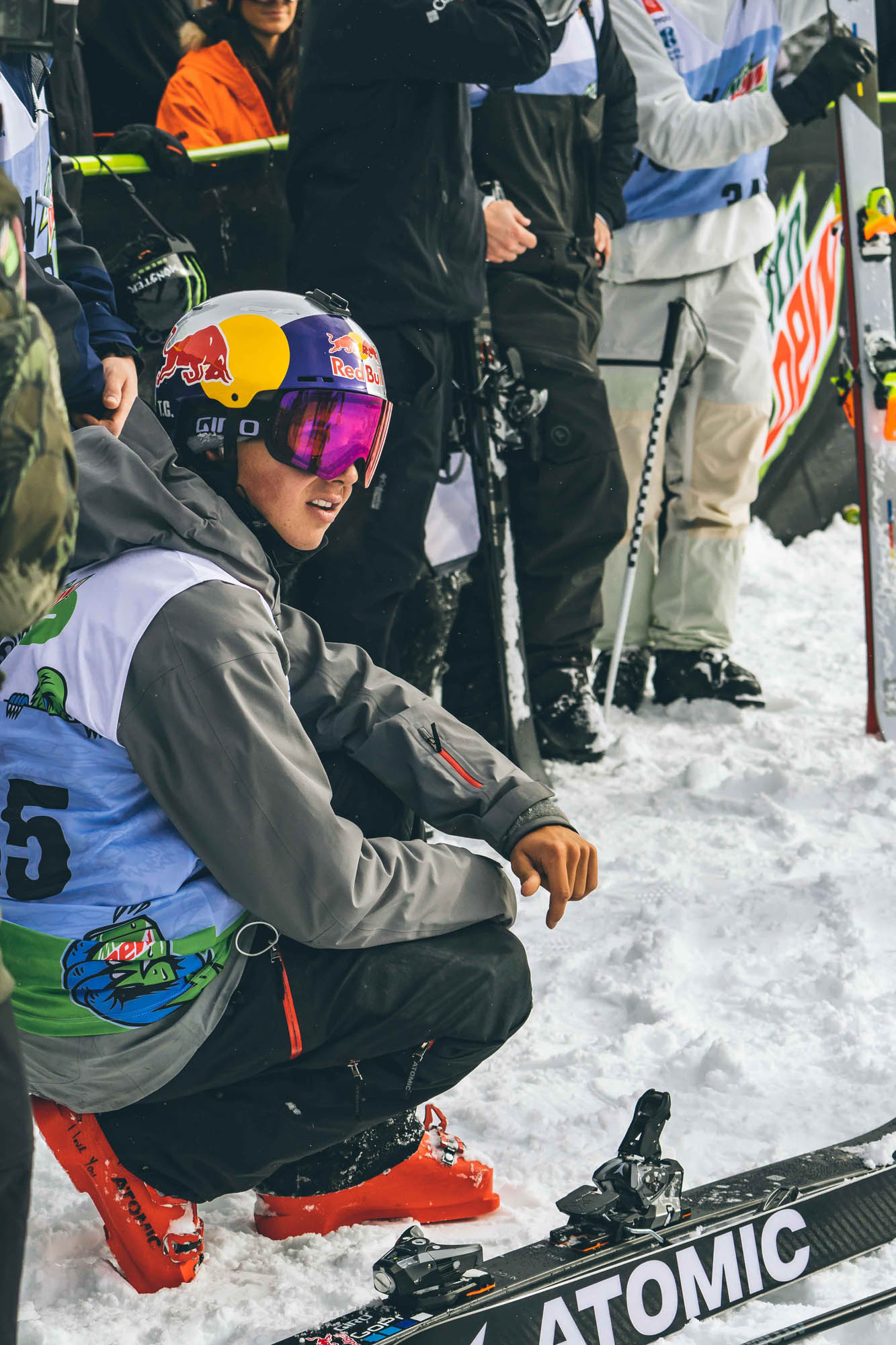 Nico Porteous, not happy with the exploding binding on his final run. 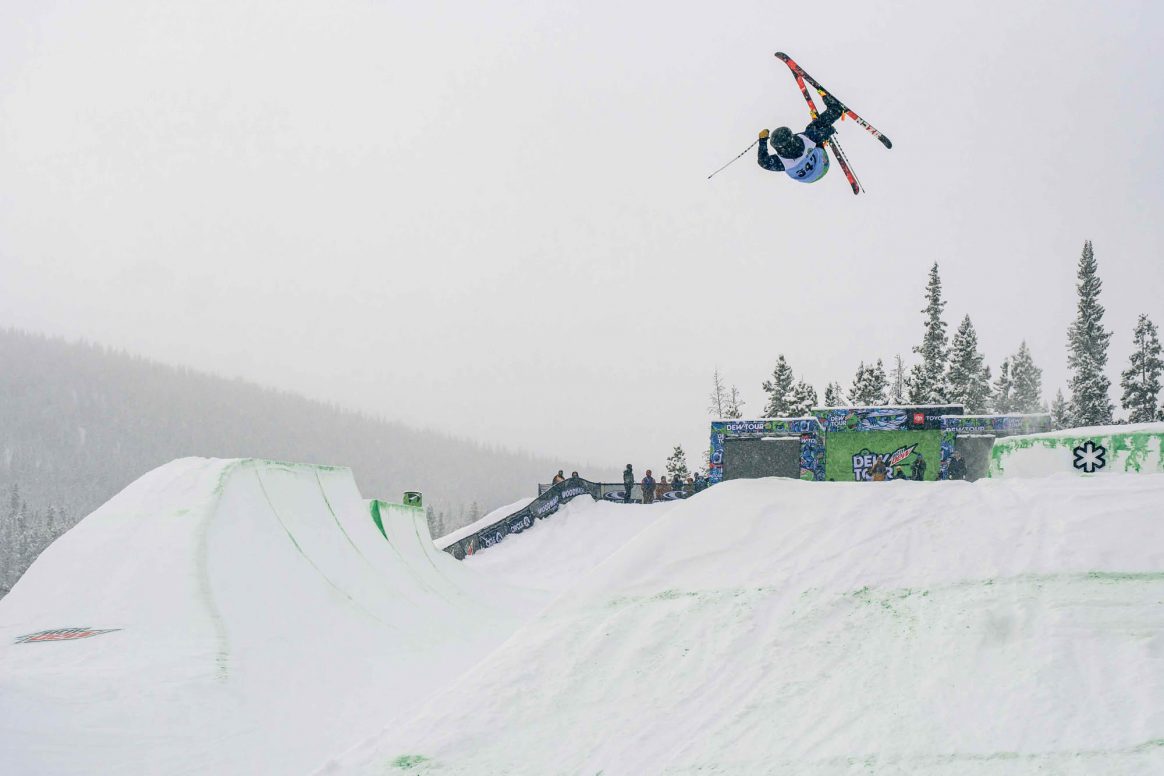 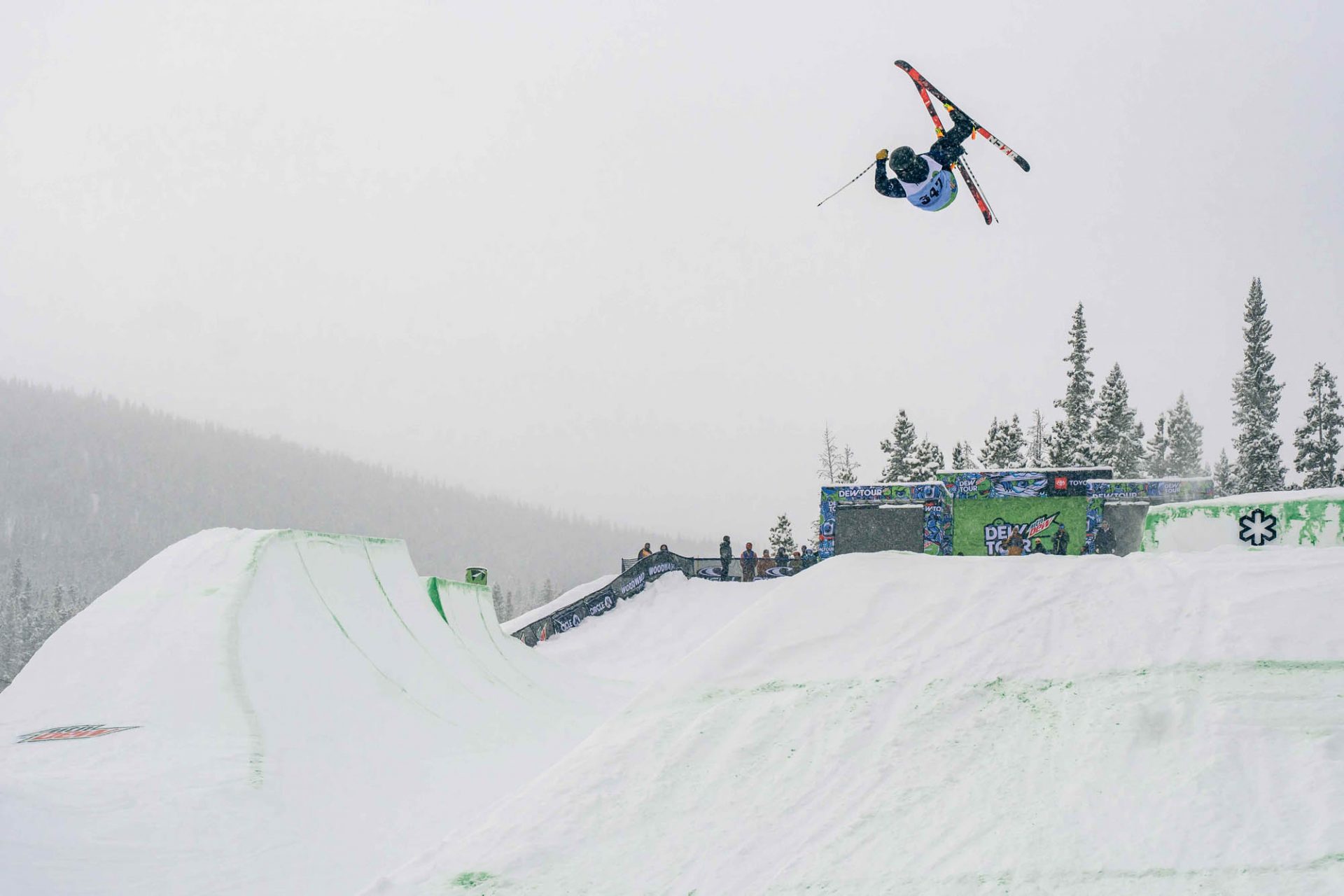 Brendan Mackay with a big double flatspin on the hip.

On Noah Bowman’s final run, he put together a highly technical switch run that featured a right cork 1080, the famous Dorey flip (a weird switch misty 360 variation) created by his old teammate Justin Dorey, linked together with a switch left double cork 1260 into a massive switch alley-oop double 900. This run catapulted Noah into the first place position with a score of 95. While Noah waited patiently at the bottom, he knew that it wasn’t over yet with Aaron Blunck & Alex Ferraria still to drop. On the final runs, Aaron was landing a solid run featuring his switch double cork 900 off the hip feature, but on his very last hit, as he went to land the right double cork 1260, his left ski popped off. This didn’t stop Aaron from riding away smoothly, but wasn’t enough to get on the podium. The last person who could take the top spot was Alex Ferreira, and he went for it by unpacking a left double cork 1440. Although it was a great effort, Alex landed low, putting him out of contention for the podium. 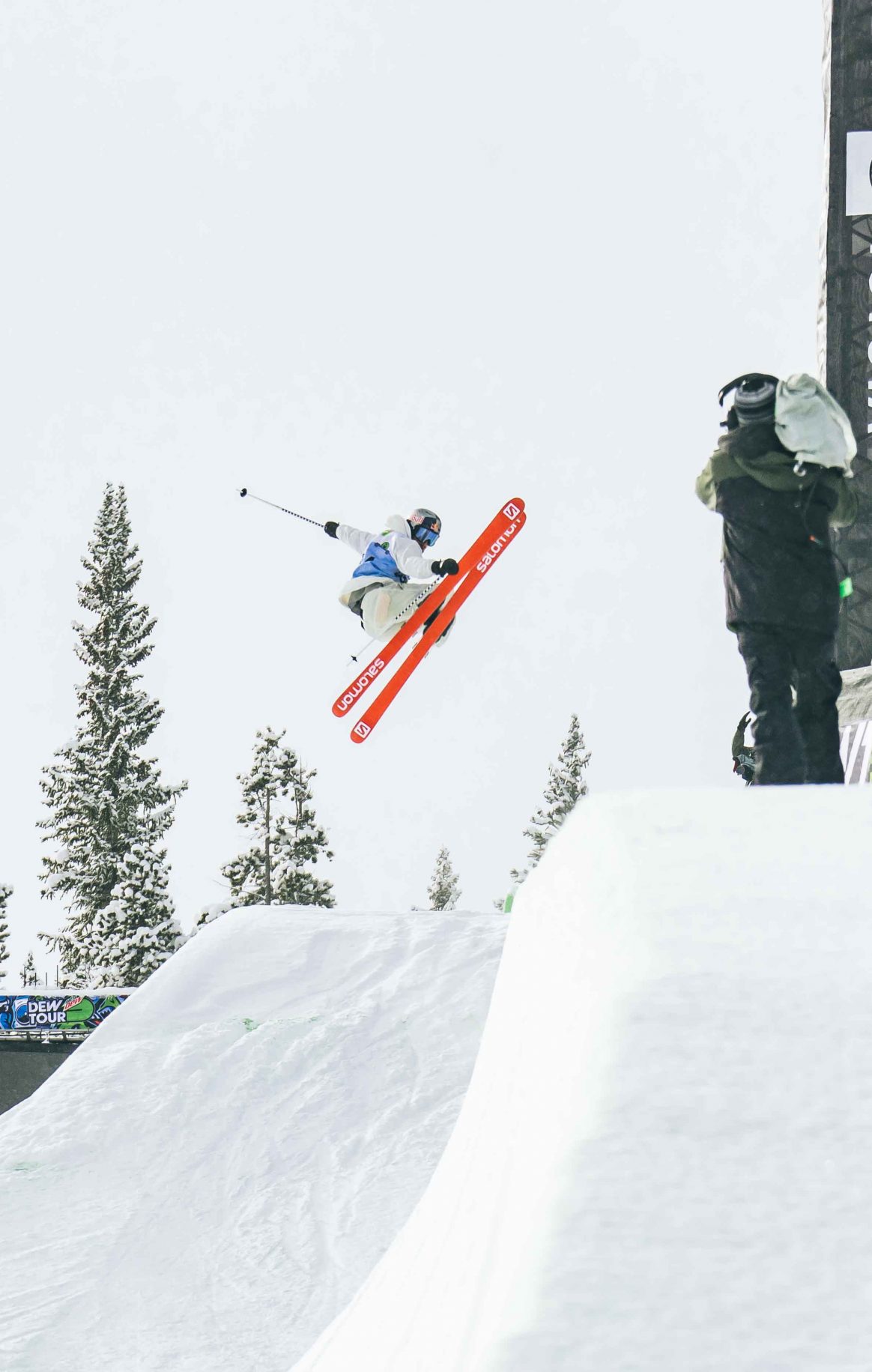 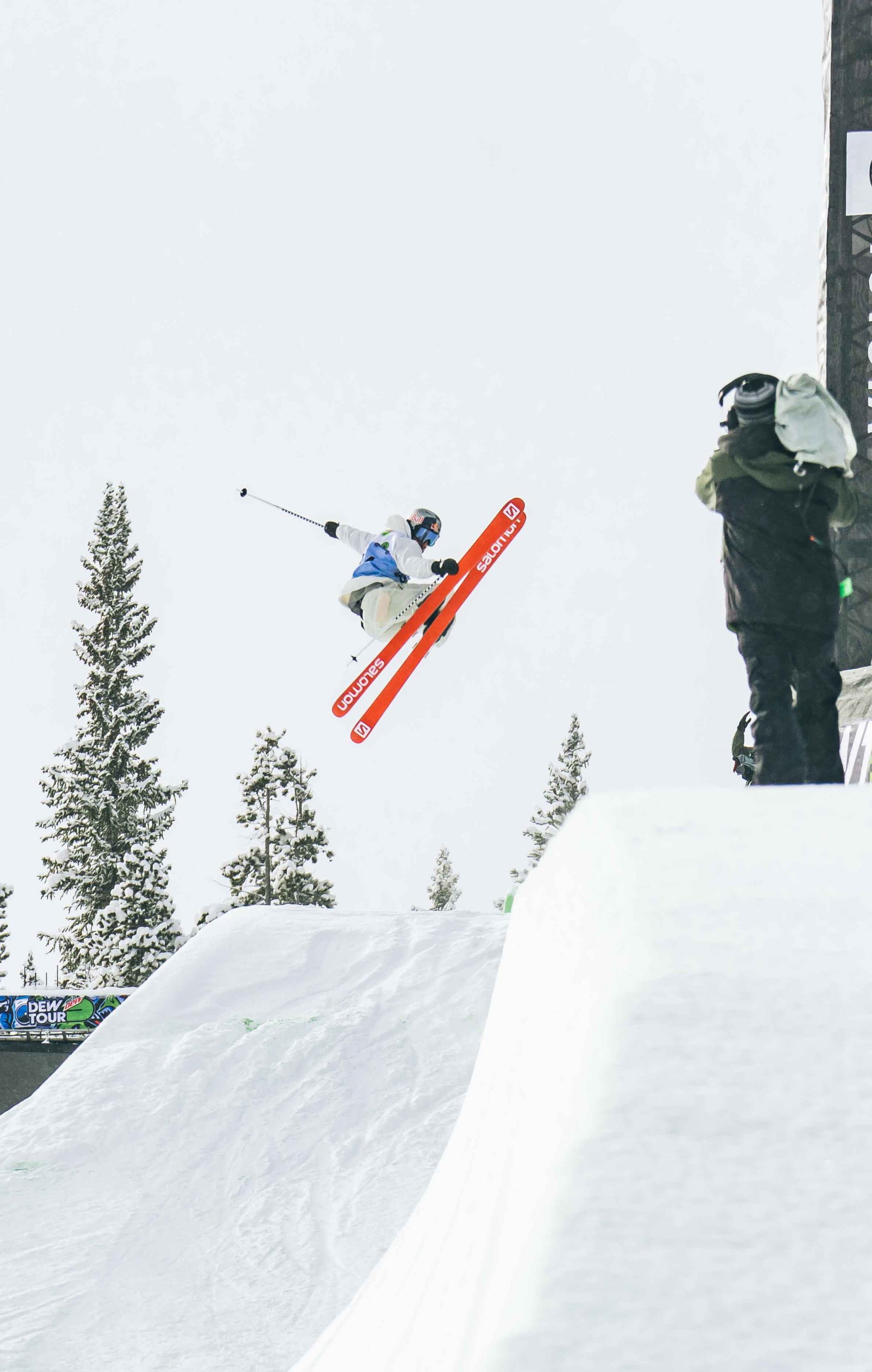 Noah kicks his pipe run off in style with a 180 safety in. 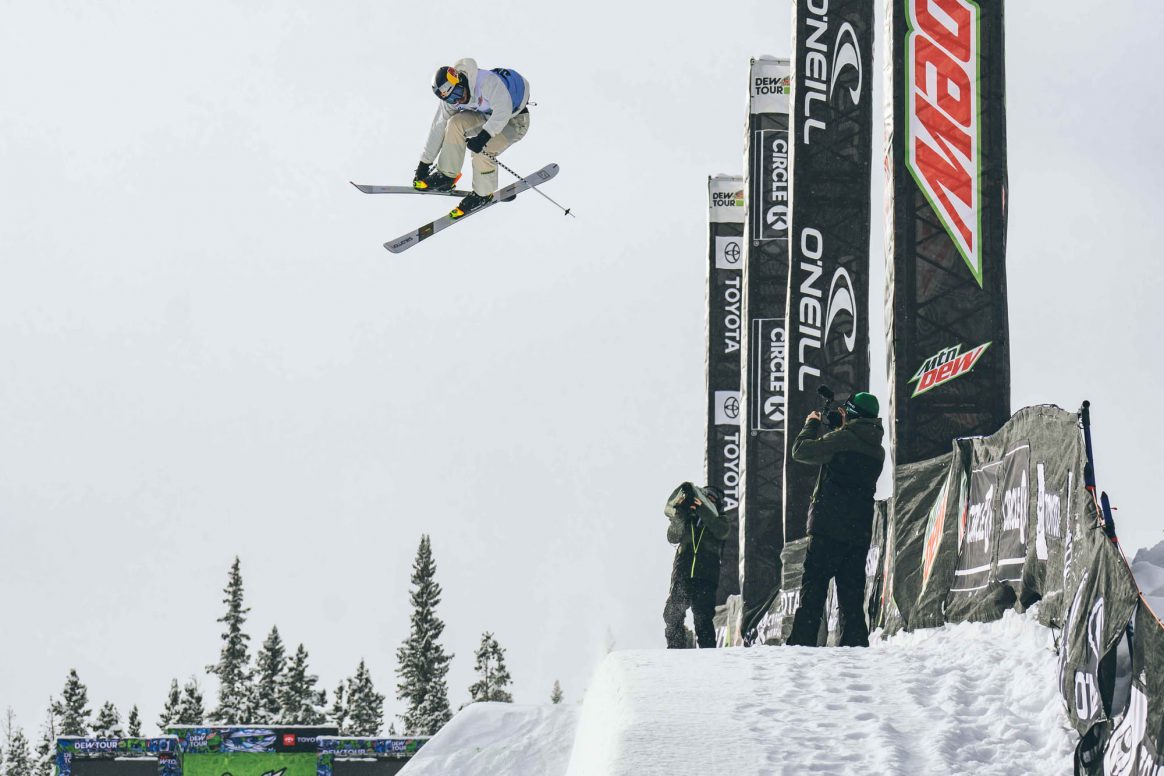 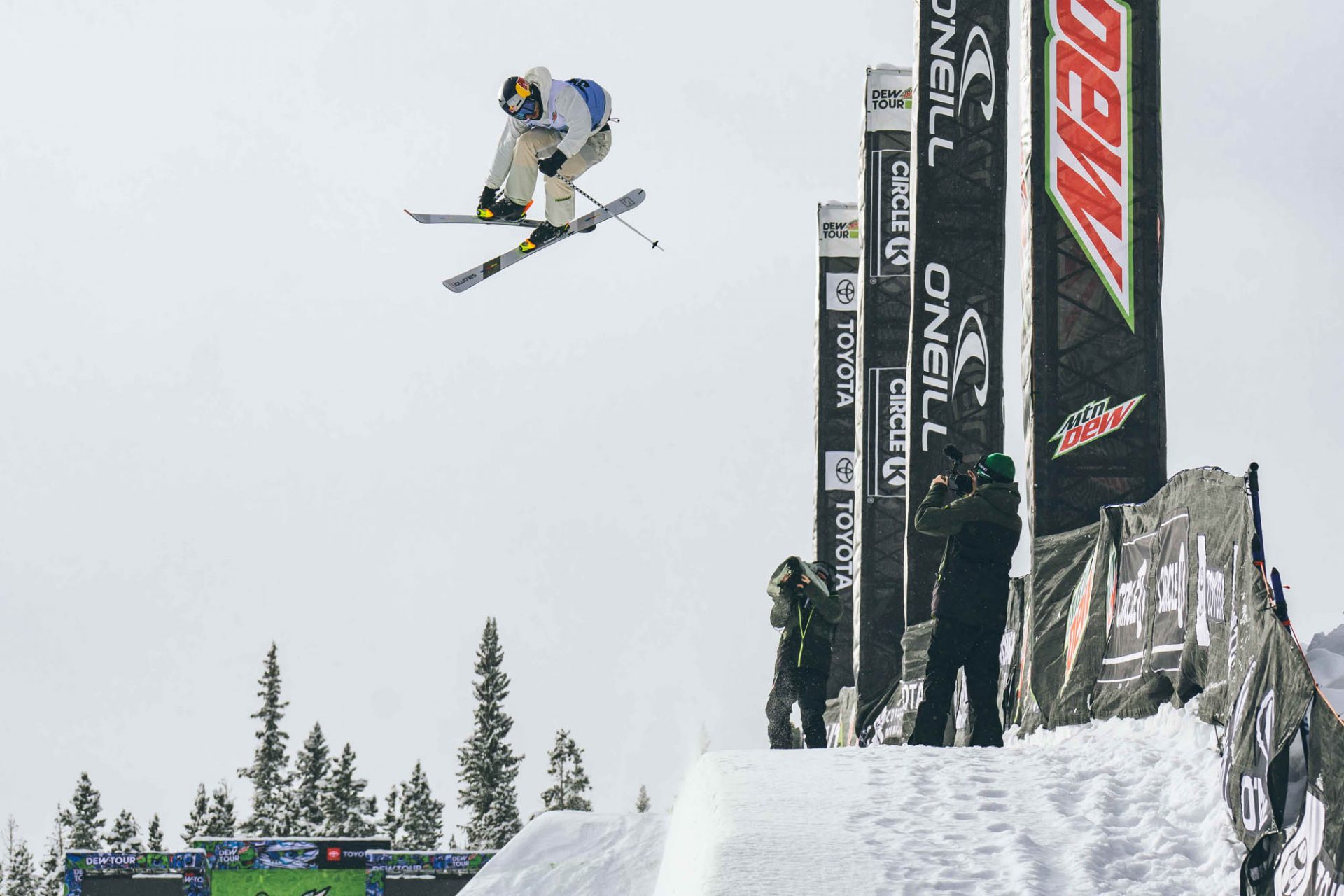 Scored in the 80s after landing his run the first time, Noah went back up and went even bigger and cleaner than before.

With Alex being the last to drop, this meant that Noah Bowman would be taking home the Gold. “Getting to end the week on top is amazing,” said Noah. He’s currently having one of his best contest seasons so far, only missing the podium once in the past six contests. “It’s been blowing me away, and I hope to keep it going at the next contest.” 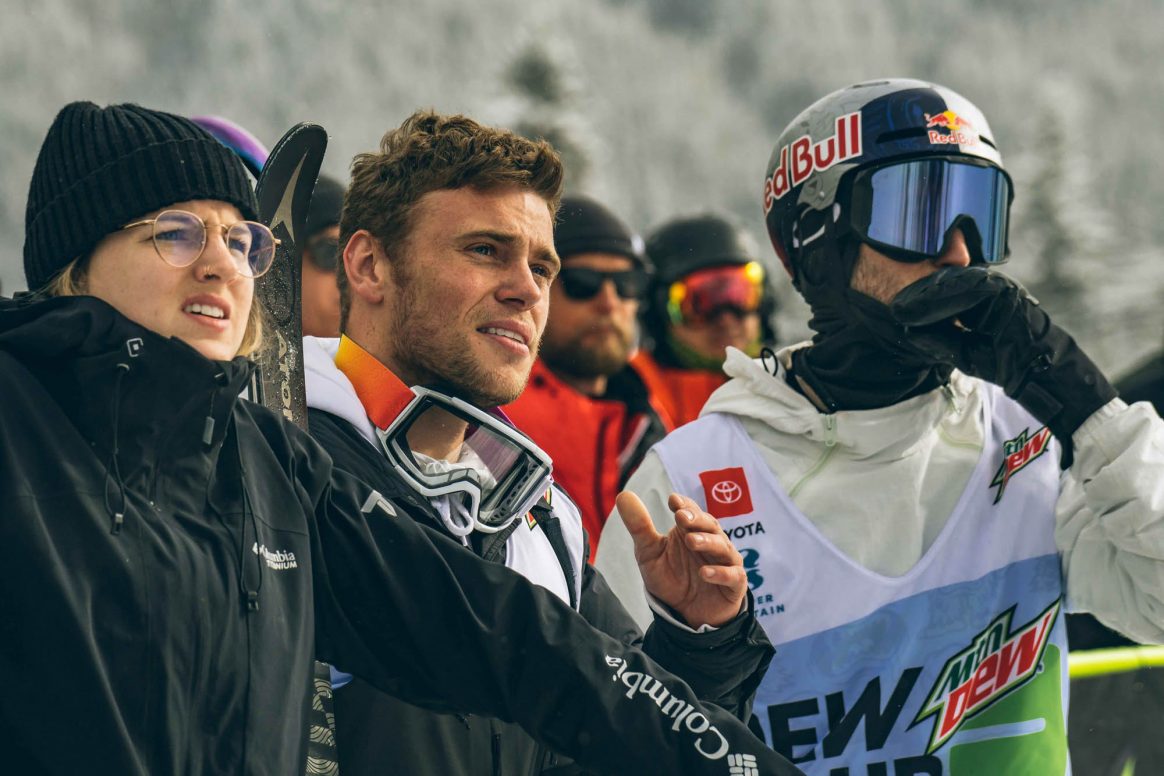 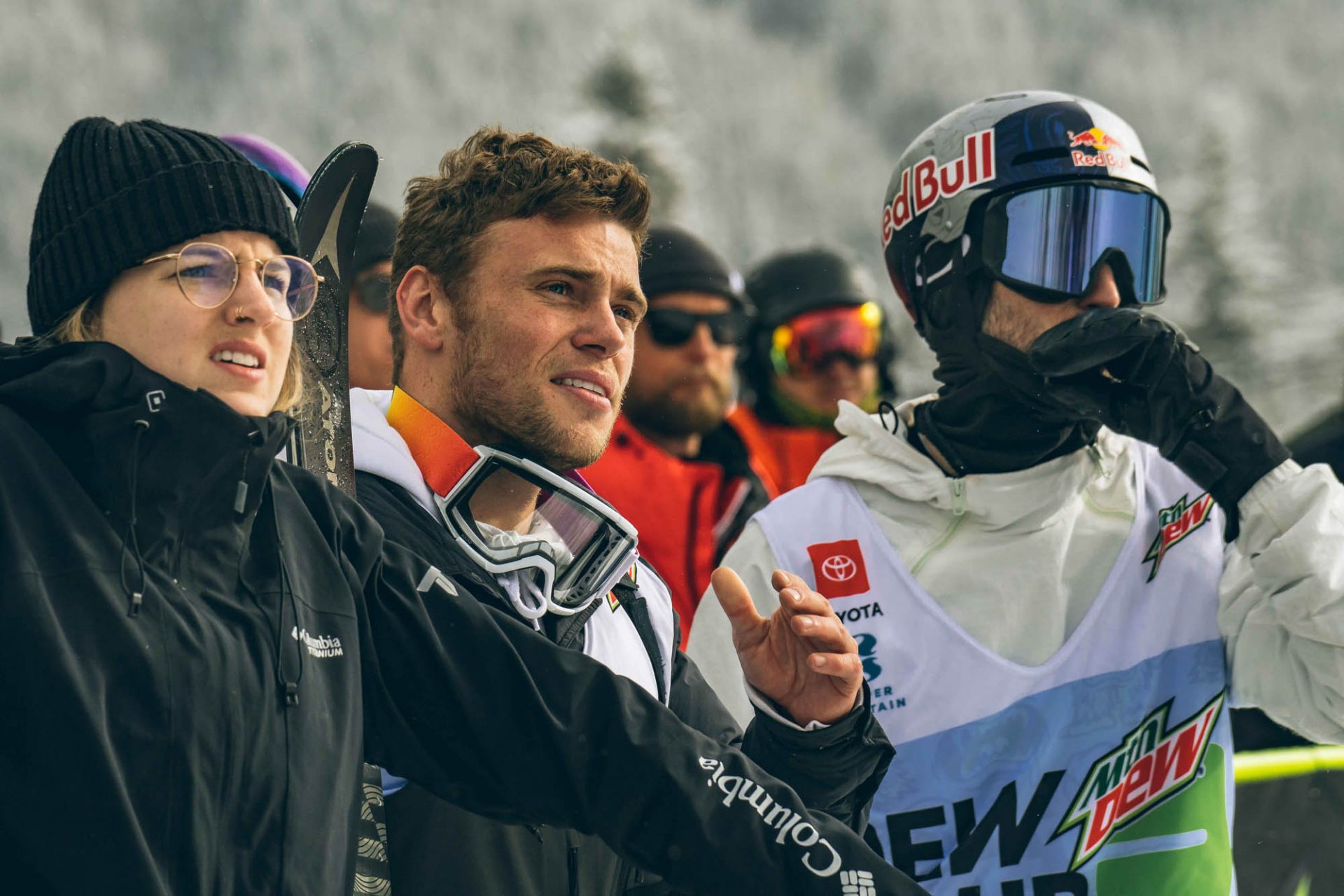 Gus and Noah wait to see if they'll hold on to their podium places. 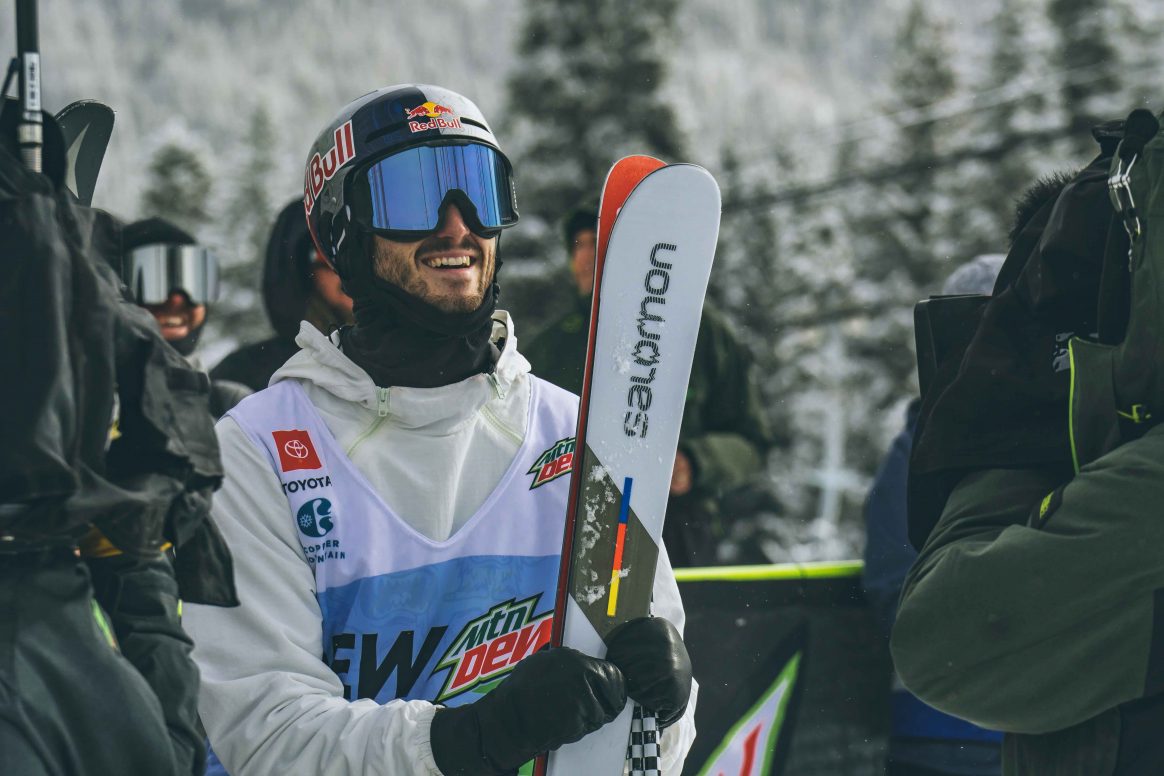 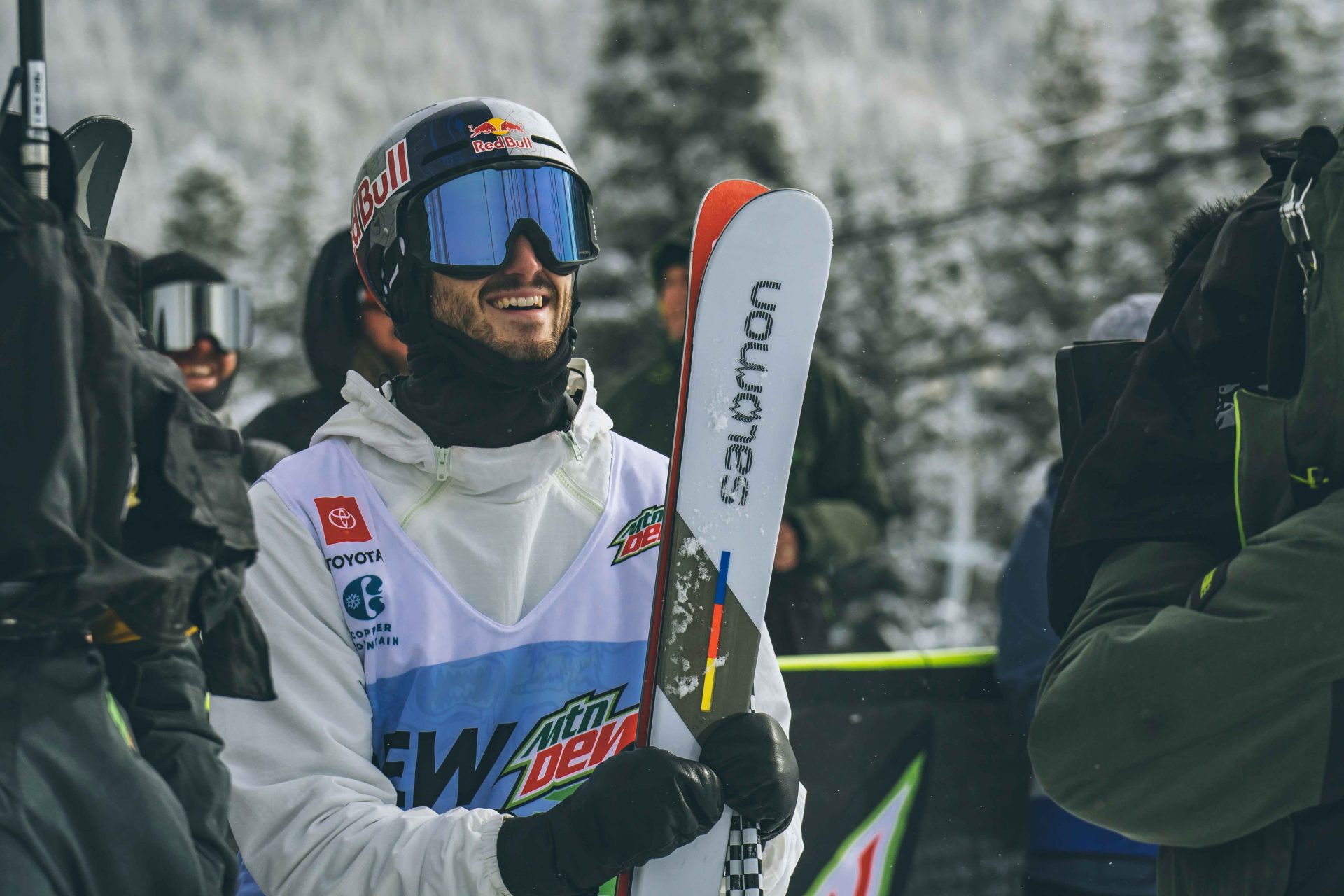 The man of the day. 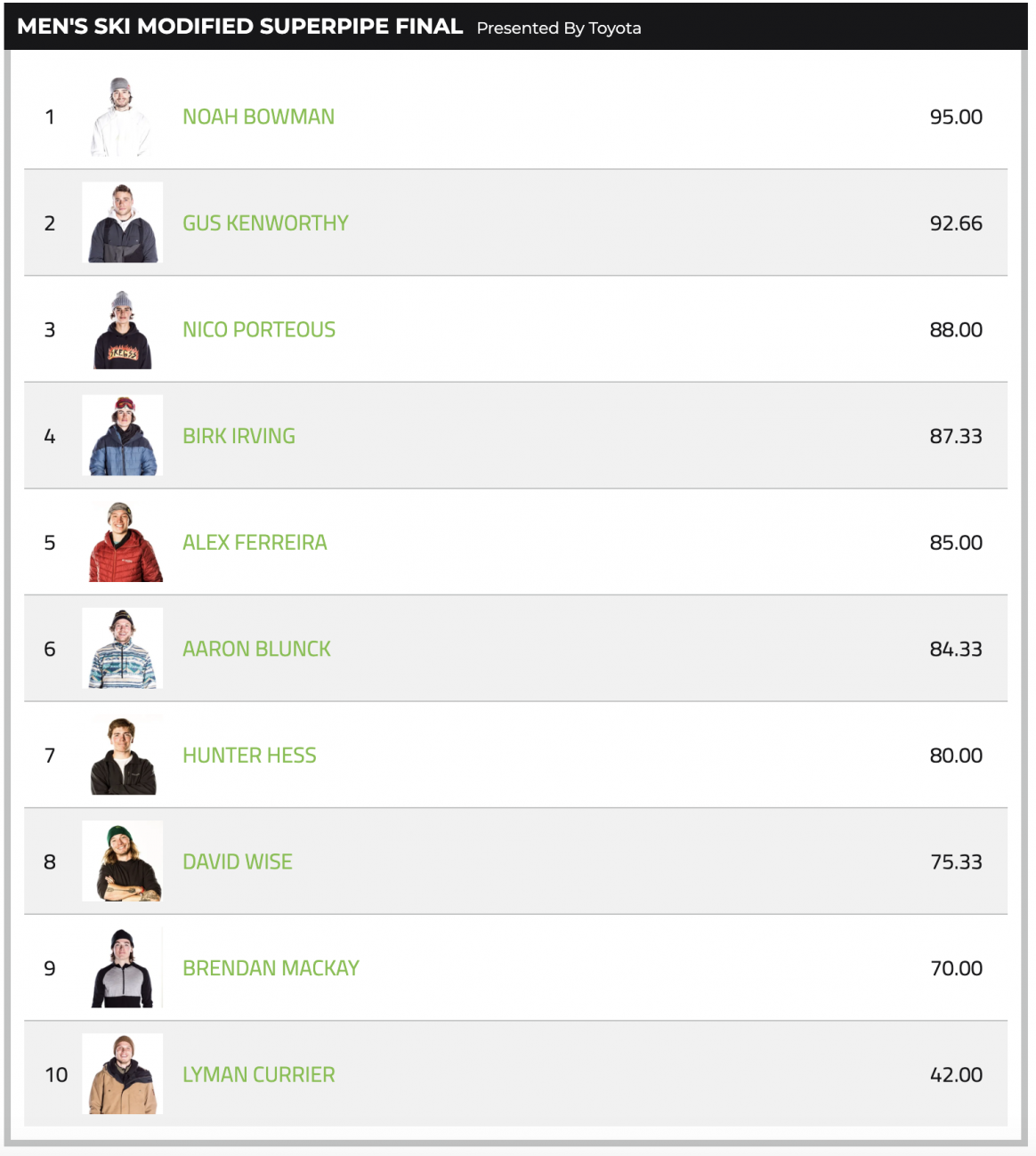 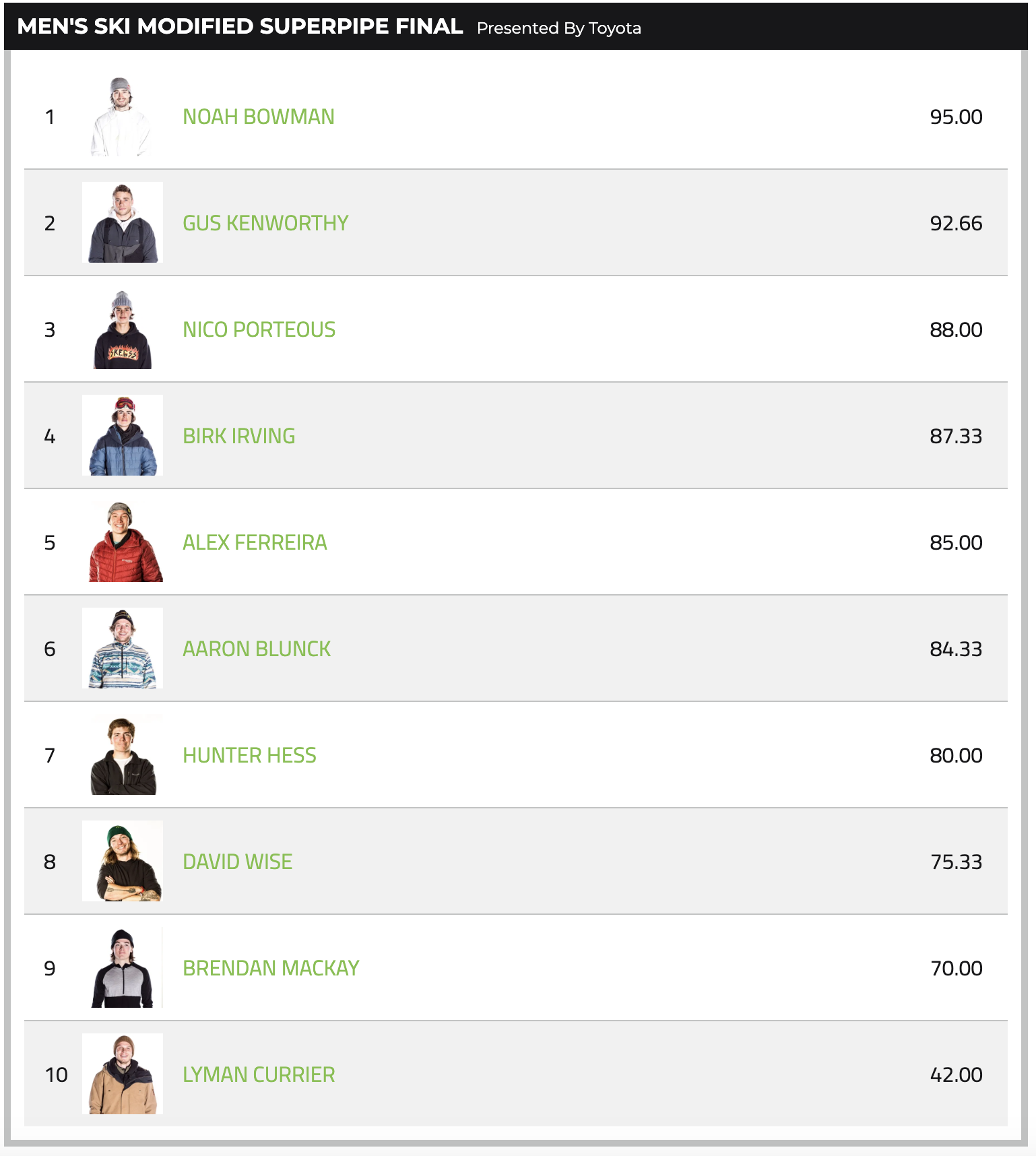