The comeback of the Open Faces Series at the 3*FWQ & 2*FJT stop in Kappl/Paznaun last weekend was more than successful and could not have gone better from a sporting or organizational point of view. The top performances of the riders from 13 nations and the joy of seeing the scene gathered together again contributed to an “epic” restart of the most important World Qualifier Series in Europe. Here is the most important information about the event.

After almost two years without freeride contests in Austria, the team behind the Open Faces freeride series has finally managed to organize a contest in the freeride region Kappl/Paznaun with a meticulously crafted safety concept. The reunion of the scene was characterized by physical distance, but it could not dampen the joy. The Open Faces team relied on a contactless event with an online riders meeting, and spaced out ascent and start times at the summit to prevent grouping. Thanks to the riders’ willingness to cooperate, the concept was 100% implemented and the contest ran smoothly. 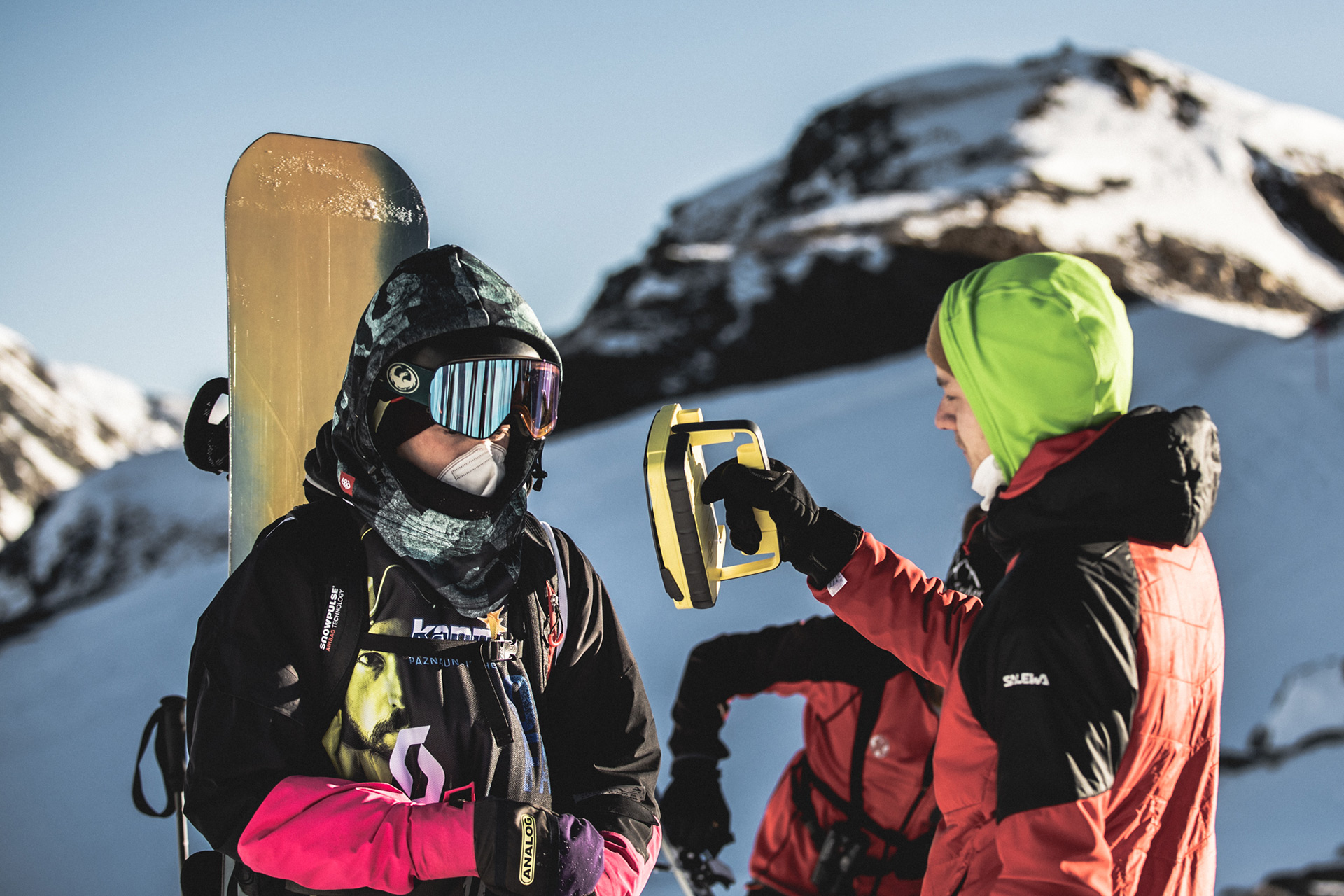 Keeping it safe in more ways than one. Photo: ©open-faces.com/Mia Maria Knoll

Due to spring-like temperatures during the day and a cold, clear night, the start had to be postponed by an hour, otherwise the crust well-known among freeriders would have caused enormous problems. This decision by Freeride World Tour-proven Head of Security Markus Kogler was spot on. At exactly at 11:00am the snow surface was soft and perfect for long turns as well as big jumps and drops. It wasn’t a powder day on the extremely difficult Quellspitze, with its steep passages of up to 60 degrees and distinctive channels, but definitely good conditions to step on the gas. 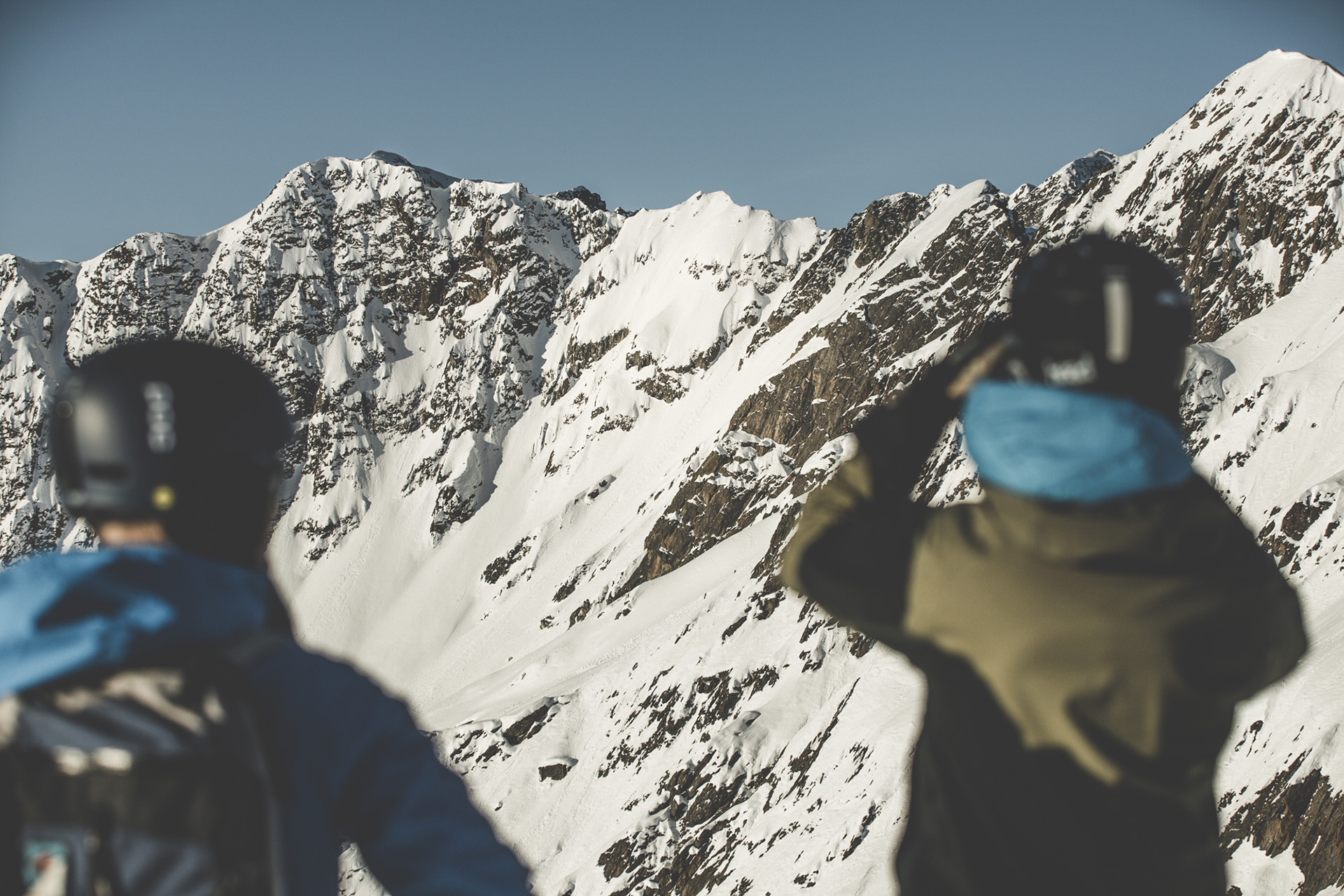 Switzerland, Austria, Germany, Italy and Czechia on the podium

The riders got going right from the start, as if there had never been a pandemic contest break. The top riders came into the dangerous traverse in the upper area with a lot of speed, and we already saw the first shifty. Lower down, they headed for rock drops and channels. The winner of the Ski Men category, Alessandro Jossen from Switzerland, tackled a line that was unique on this day. He used the dangerous rocks right at the start for a first 360  into an absolute no-fall zone, then followed up with another slightly corked 360 before capping off his run with a massive backflip off a large cornice. With 89.67 points, he secured his third 3* contest win in his young freeride career, and €600 in prize money.

With only five fewer points, Austrian Elias Meister was able to place second on the podium. He performed a front flip followed by a backflip immediately after takeoff. In the lower part, his run wasn’t quite as smooth, and he lost a few points that would have been crucial to victory. Third place went to Germany’s Max Zimmermann, who impressed the judges with a shifty in the upper area, a backflip and a really smooth ride overall. 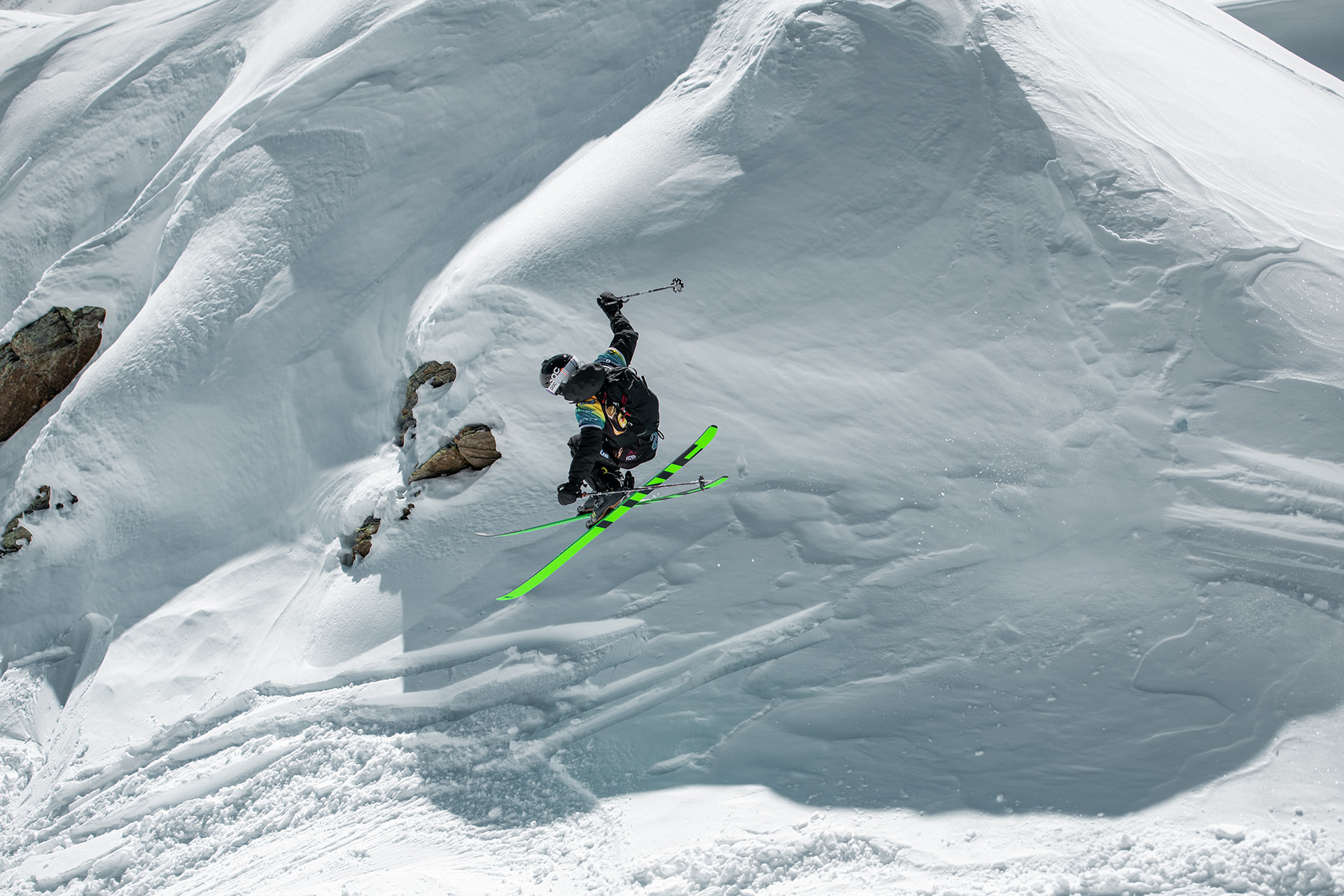 Max Zimmermann on his way to a third-place finish. Photo: ©open-faces.com/Andreas Vigl

In the women’s ski category, Austrian Vicky Candlin was able to prevail. Vicky relied on a fluid run and used the rocky terrain of the Quellspitze for many drops and smaller airs. With 55.67 points she won out ahead of German rider Elisabeth Schiessl and Monika Novakova of Czechia. Side fact: At Open Faces all categories, both men and women, award €600 to the winners, €400 to second place and €250 to third place. 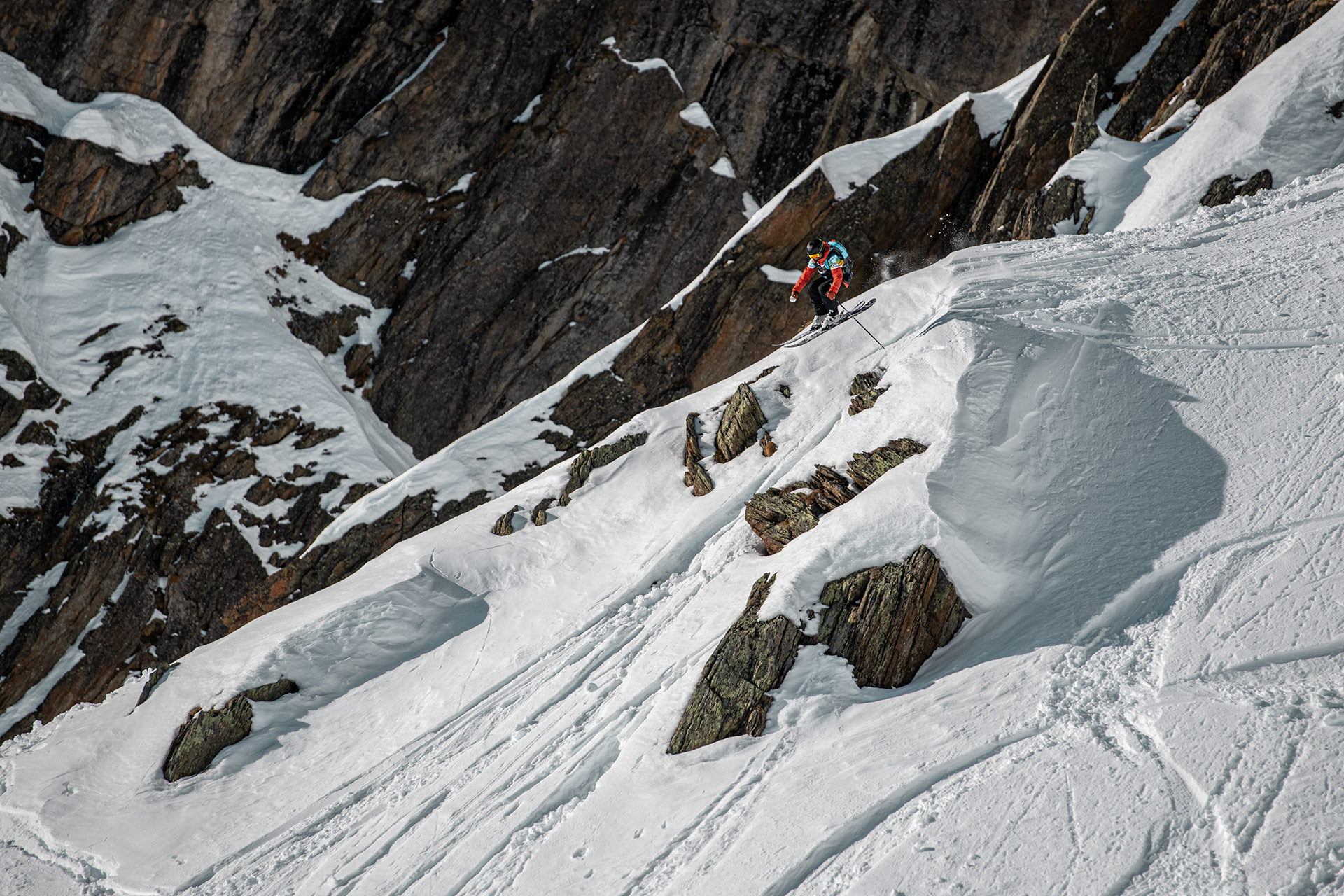 In the snowboard men’s category, Austrian Tobias Fieg prevailed with a perfectly planned line and a lot of fluidity. He used the smaller rocks in the upper part for airtime and impressed the judges with a fluid but enormously fast straightline in the steep terrain below. Snowboarder Tommaso Gazzini from Italy landed just one point behind with a unique line and a flowing run with airtime and long turns. Swiss rider Raphael Waser finished third, only three points behind. All in all, an extremely close decision in the snowboard men category.

In the women’s snowboard category, Switzerland’s Sara Andresen prevailed with a fluid and technically clean line. Sara is known for her freestyle snowboard tricks, and was able to convince the judges with a 180 and several good airs on this difficult face. Second and third place went to Sarah Bacher from Austria and Sarah Paratore from Switzerland: a Sara/Sarah party on the women’s podium!

With a 2* Freeride Junior Tour stop on the same day, destination partner Kappl/Paznaun also showed their support for the freeride youth. These competitions offer young riders important experience to develop in the direction of qualifiers or even eventually the World Tour. The level of the “young-stars” is always surprisingly good, and the top U18 riders could already make their mark in the qualifier competitions.

In the U-16 category, Nico Traxl from Austria prevailed, followed by Patrick Lehnert from Germany and Jonas Wolfram from Austria. There was a winner from Canada in the U-18 category. Here Tiemo Rolshoven prevailed in front of the two Austrians Raphael Fritz and Simon Widauer.

The Open Faces organizers are more than satisfied, and thank the partners and destination who, even after these difficult times, still stand behind and support freeride sport and the Open Faces series. “The many years of intensive contacts and cooperation and the commitment of the regions and partners make this possible and we are very grateful for that,” summarized Open Faces Head Mäx Löffler at the end of the day.

The Open Faces series will continue on January 23rd at the Freeride Junior World Championships (FJWC) again in Kappl. Shortly thereafter, the 1* FWQ / 2*FJT stop takes place in Alpbachtal. All other dates can be found on open-faces.com. We also report continuously from the competitions!