Christian Nummedal on his way to fifth place in the men's contest. All photos: Mateusz Kielpinski/FIS Freeski

The 2021 World Cup slopestyle circuit kicked off this week on Austria’s Stubai Glacier. In today’s final round, Kelly Sildaru reestablished herself as the woman to beat after a year off due to injury. In the men’s contest, Birk Ruud showed that he’s a force to be reckoned with not just in big air, but in slopestyle as well.

The Stubai Zoo on the Gaiskarferner Glacier is a freestyle hot spot, especially as a fall training ground.

The women’s slopestyle finals featured several veteran competitors, a few fresh faces, and the unmistakable return of former Estonian wunderkind, now certified Estonian wonder woman Kelly Sildaru to the pinnacle of competitive slopestyle competition. Kelly missed most of last season due to a sprained ACL, while allegations of abuse by her father and former coach cast a shadow over her still fledgling career. 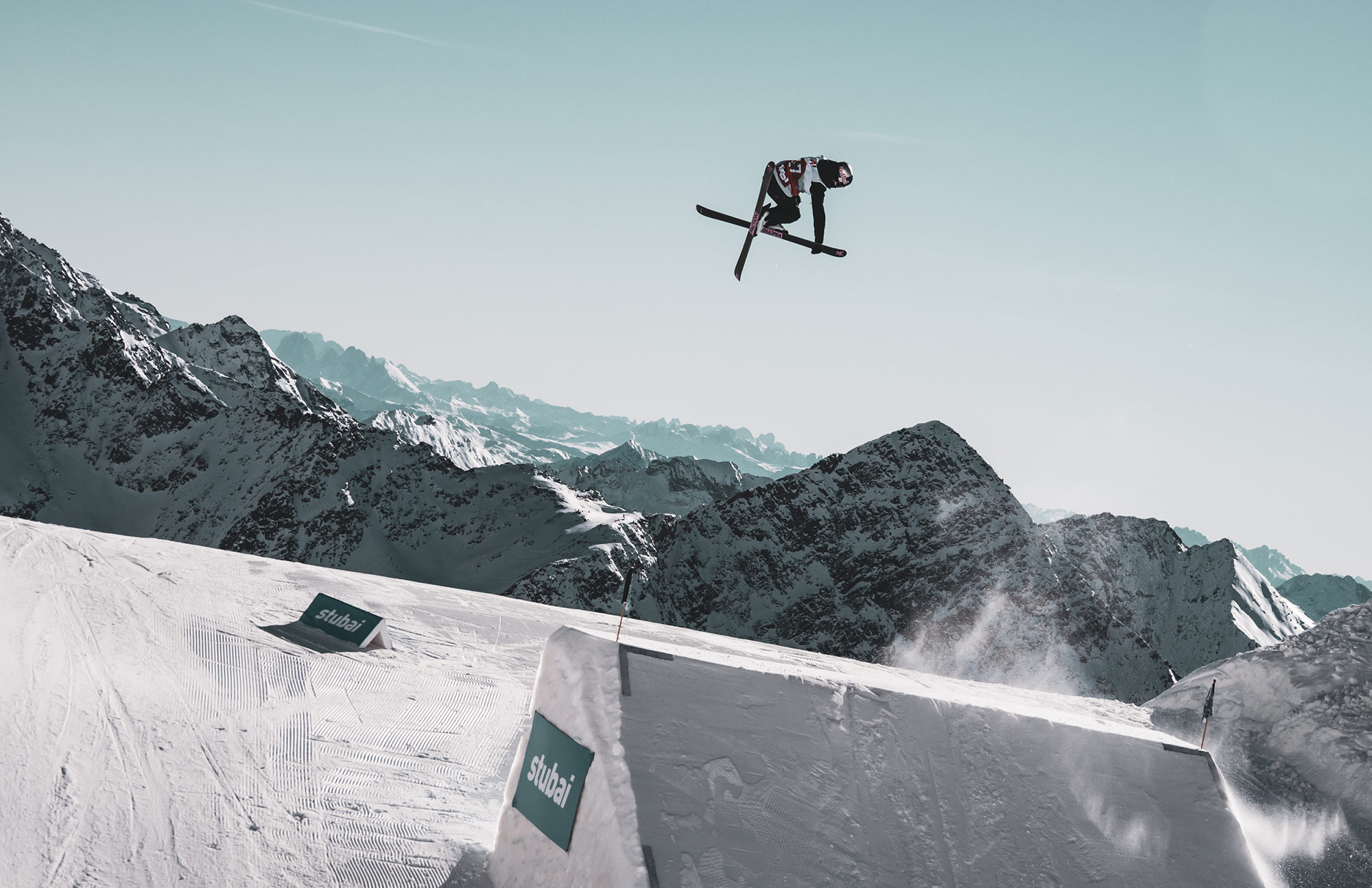 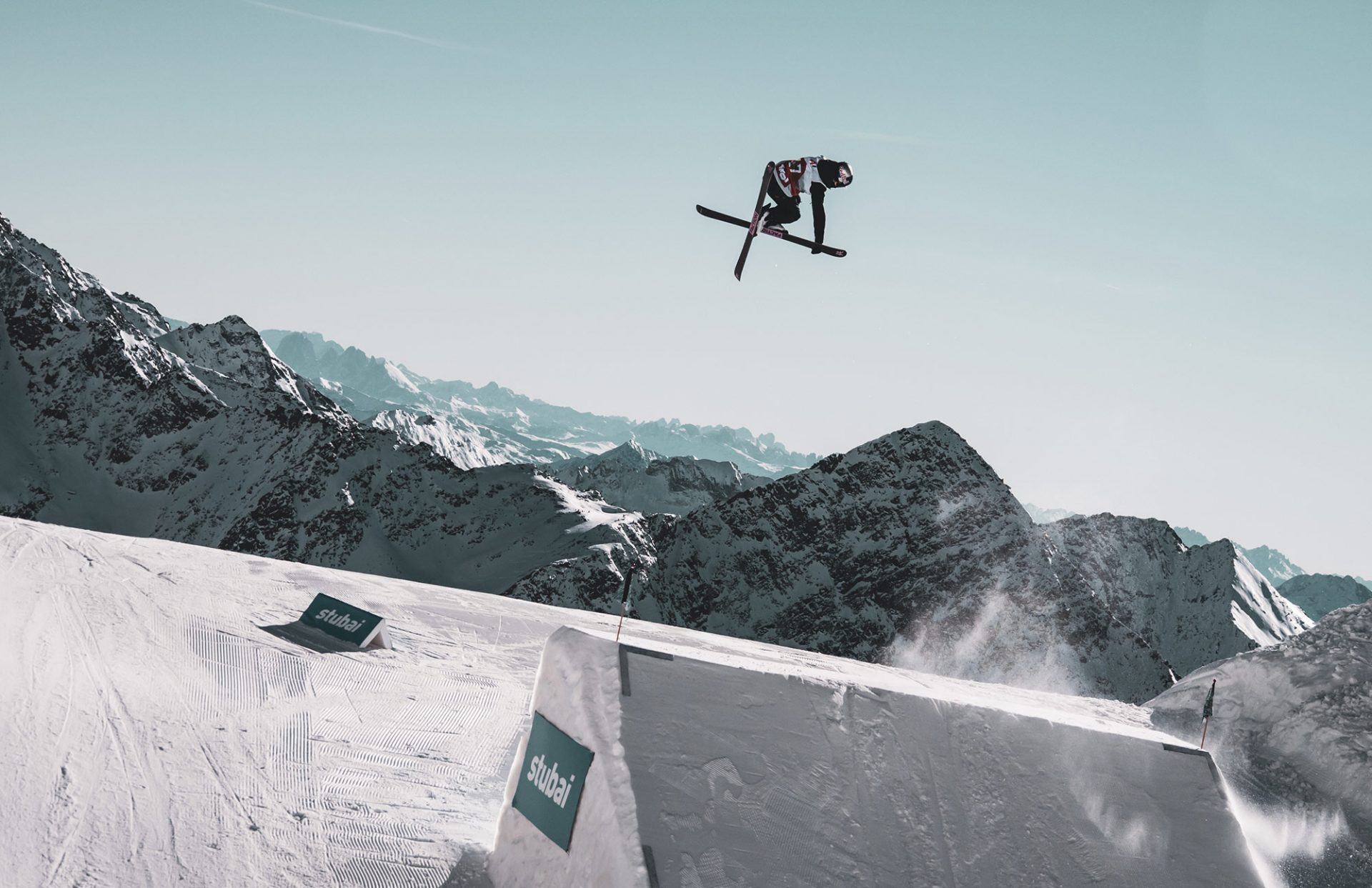 Kelly Sildaru was back in form after some time off the contest circuit.

On Saturday, Kelly put any lingering doubts about her competitive readiness to rest. Even while skiing with a broken thumb she cruised to an easy win, unburdened by the threat of rising star Eileen Gu, who suffered a concussion during training and had to pull out of the contest. Kelly landed two clean runs, either of which would have won the contest, featuring her signature flawless left and rightside spinning—switch left 1080 mute into a switch right 900 tail—followed by an almost casual dominance of the rail section (right 270 pretzel, left 270 continuing 270, switch on back 270 and a frontside 270 out of the down-flat down).

“I’m super stoked. The past few years haven’t been easy for me and I haven’t been competing that much. So I’m happy to be back here.” 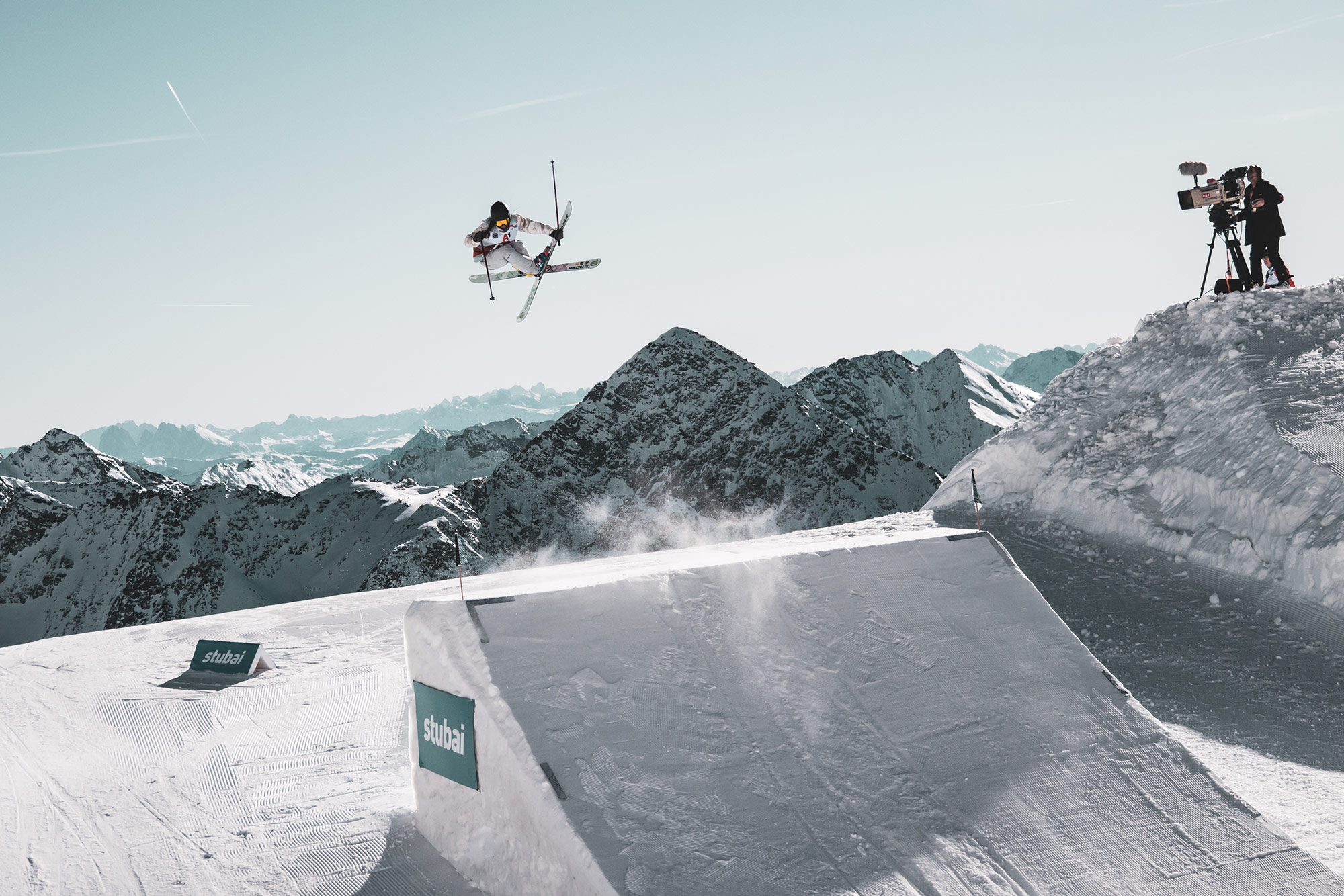 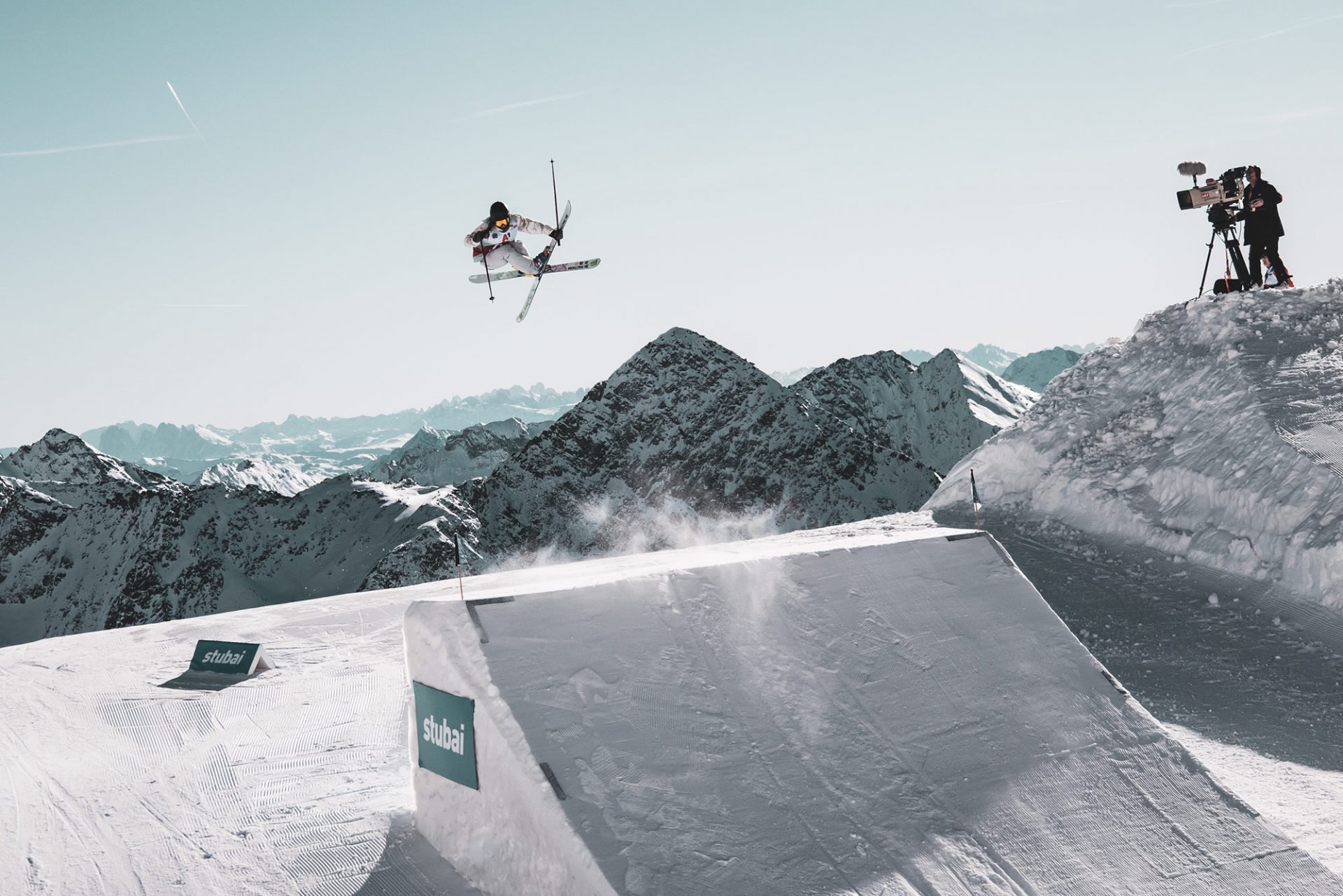 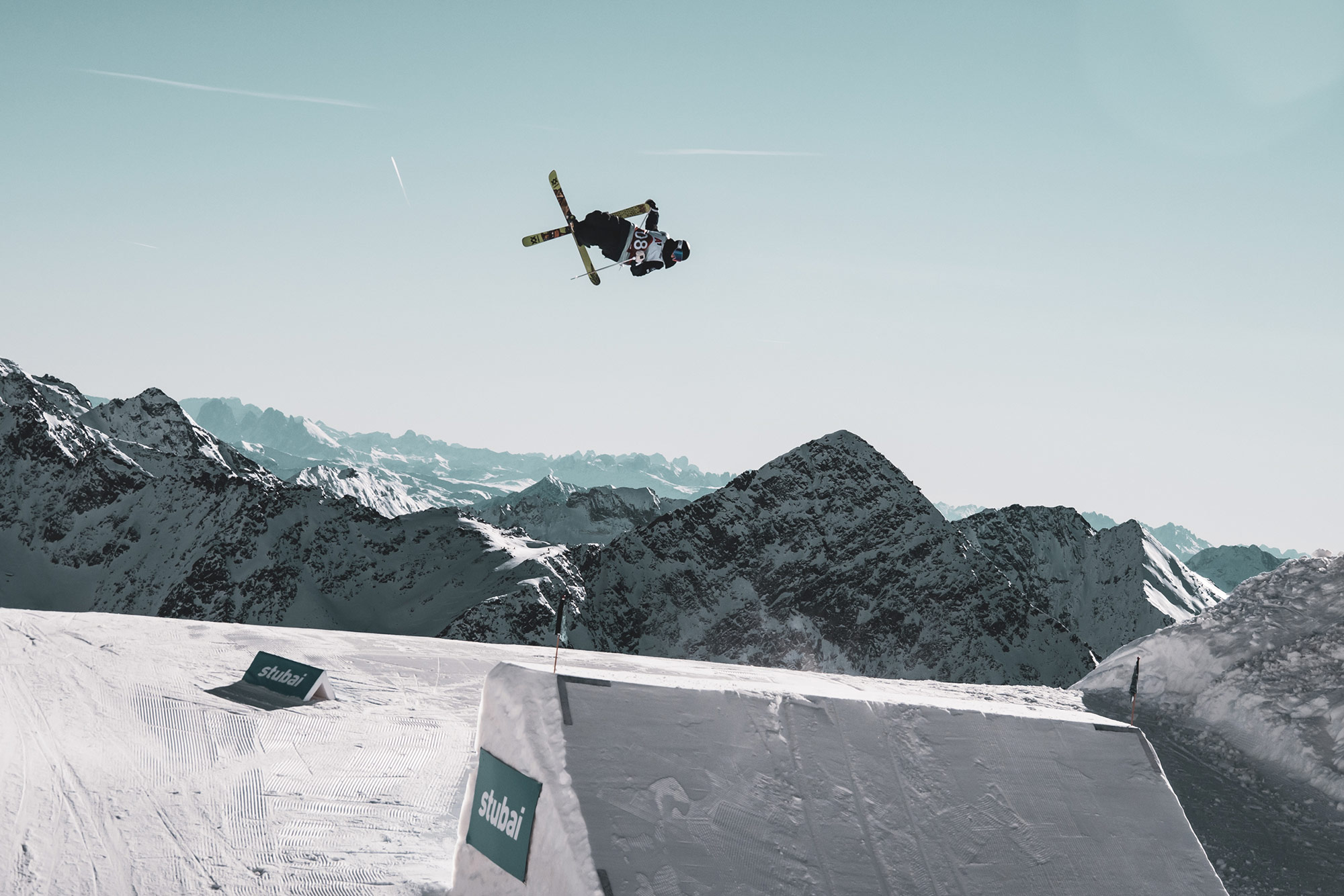 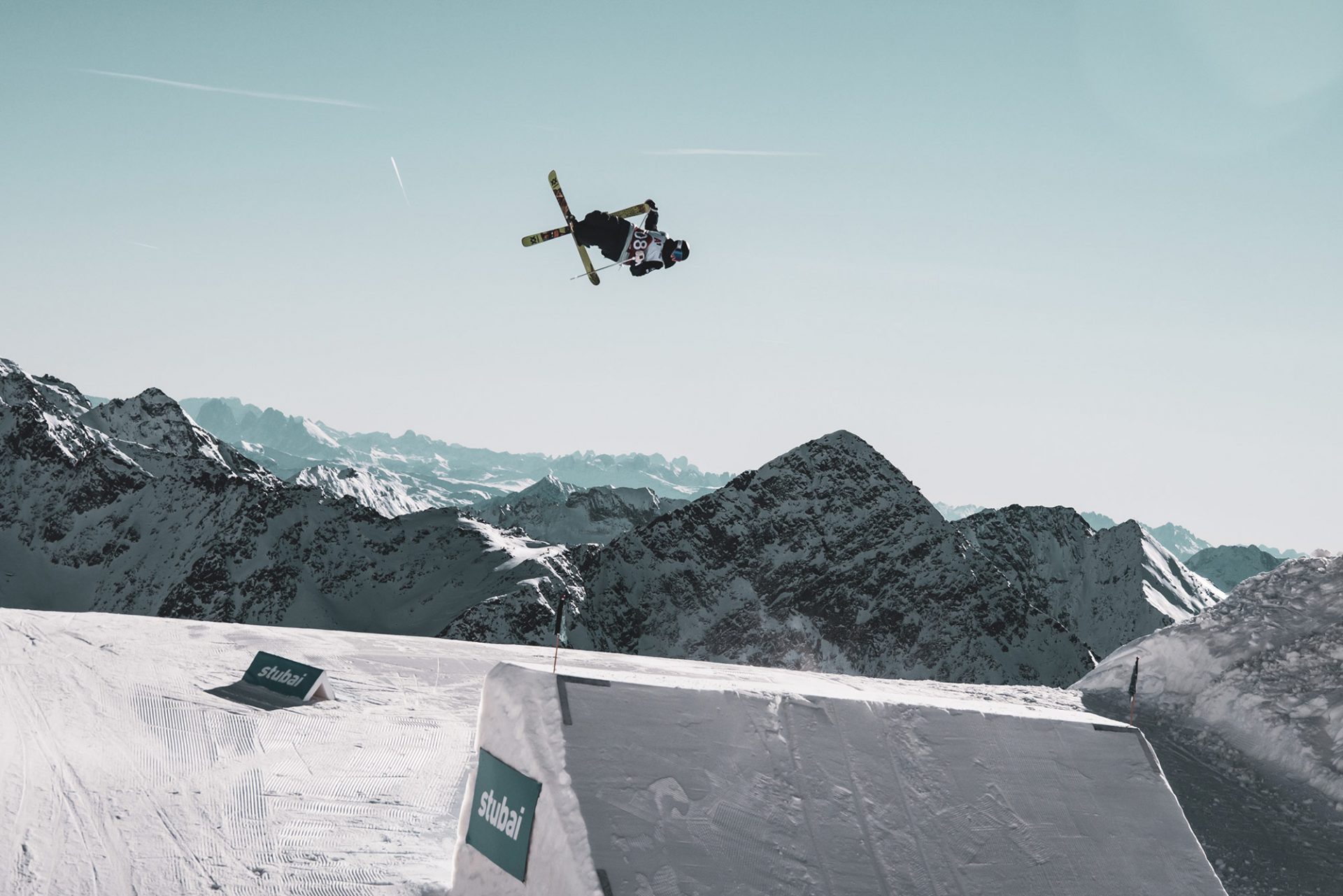 Kirsty Muir made a solid fourth-place showing with some clean 900s. She'll need to add some rightside spins to her repertoire to break onto the podium, though.

Austrian hometown favorite Laura Wallner crashed in both her runs, while American and Canadian leading ladies Maggie Voisin and Megan Oldham weren’t able to deliver a clean run. In the scare of the day, Switzerland’s Mathilde Gremaud went down hard in a crash on her second run and had to be airlifted from the course. Thankfully, early reports indicate that her injuries aren’t serious. 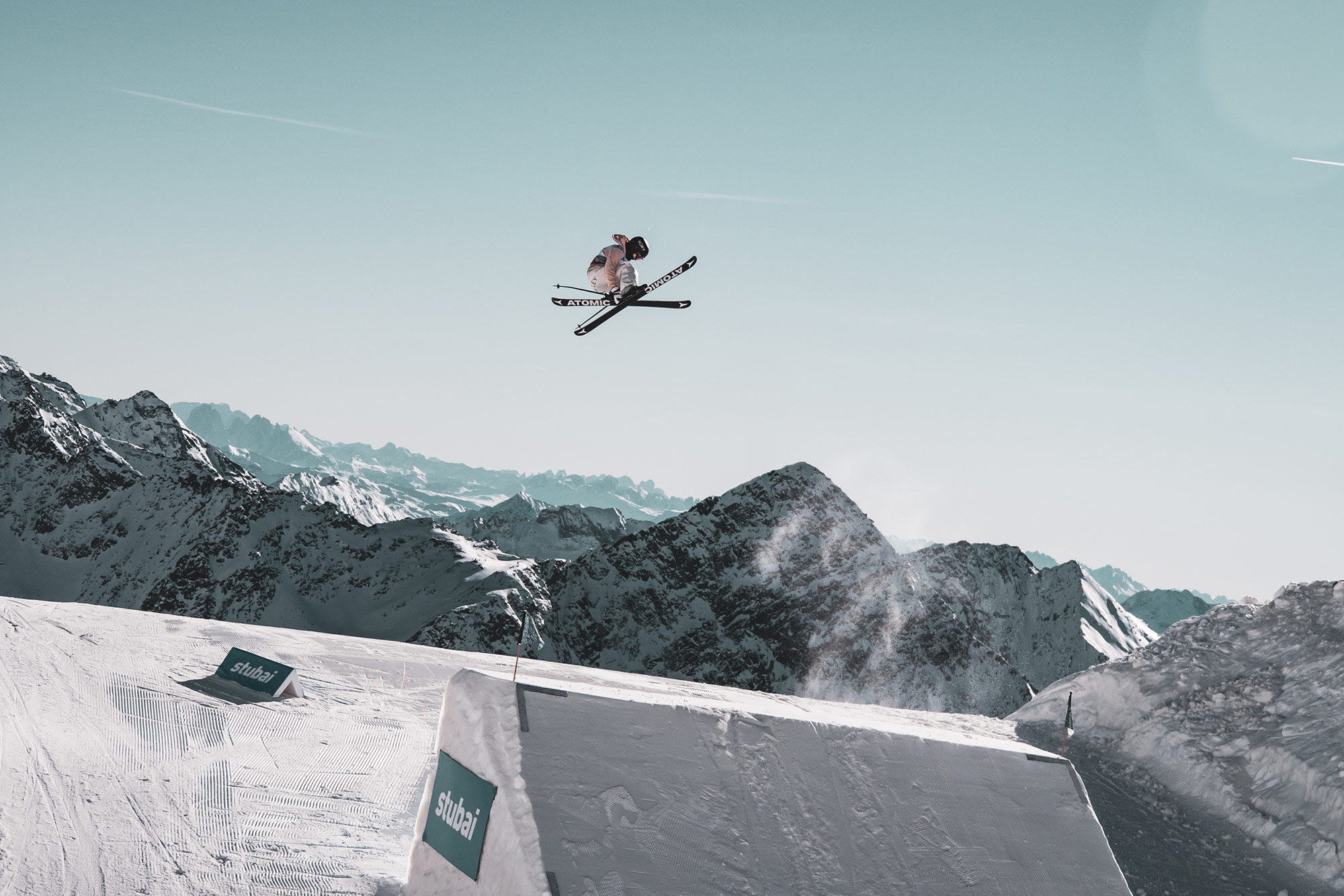 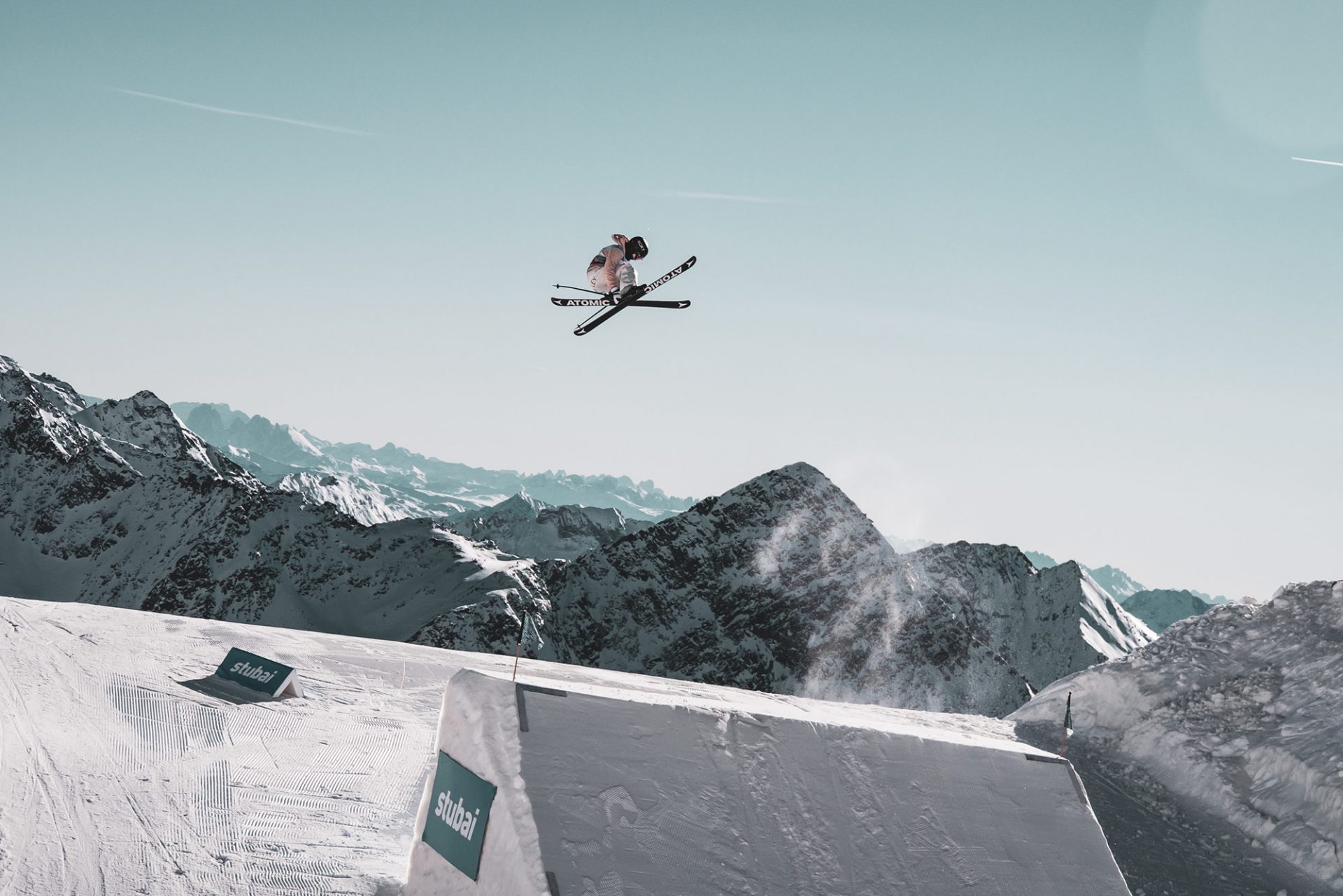 Megan Oldham didn't get a run down, but still displayed the best switch double in the women's field. 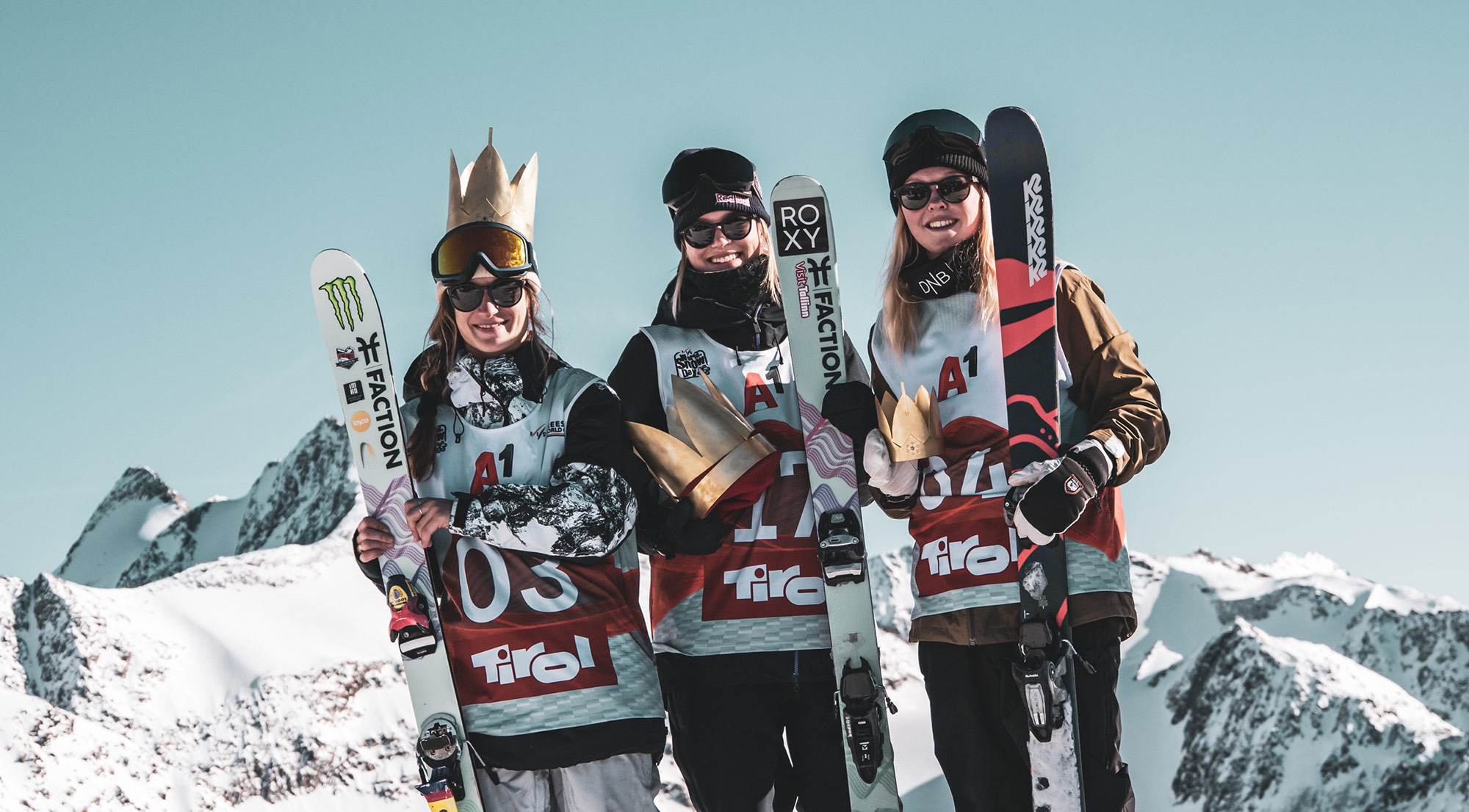 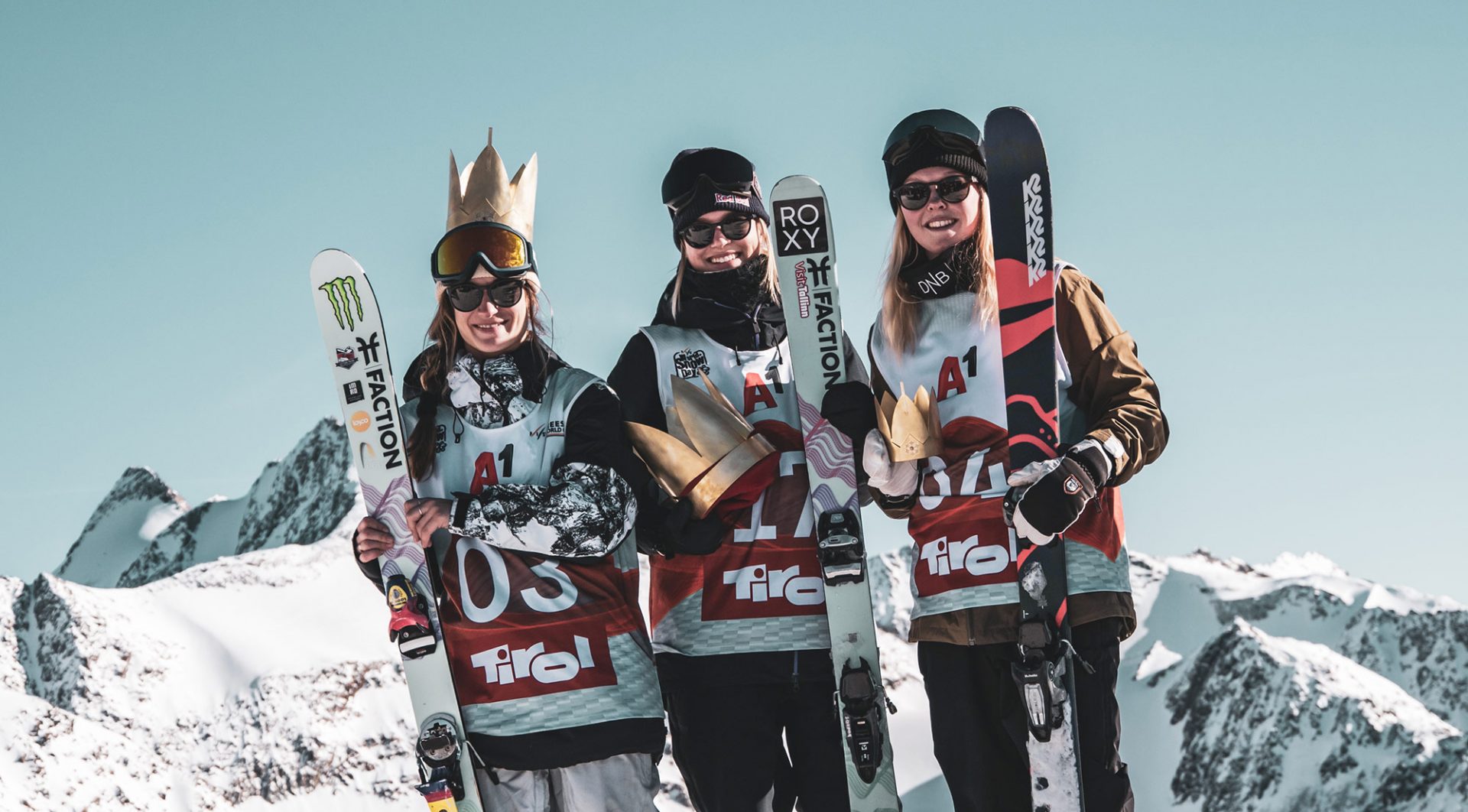 The men’s finals featured sixteen heavy hitters, and the contest was much more narrowly decided than on the women’s side. Less than two points separated the top three finishers. Ultimately it was Norway’s Birk Ruud who won the day. 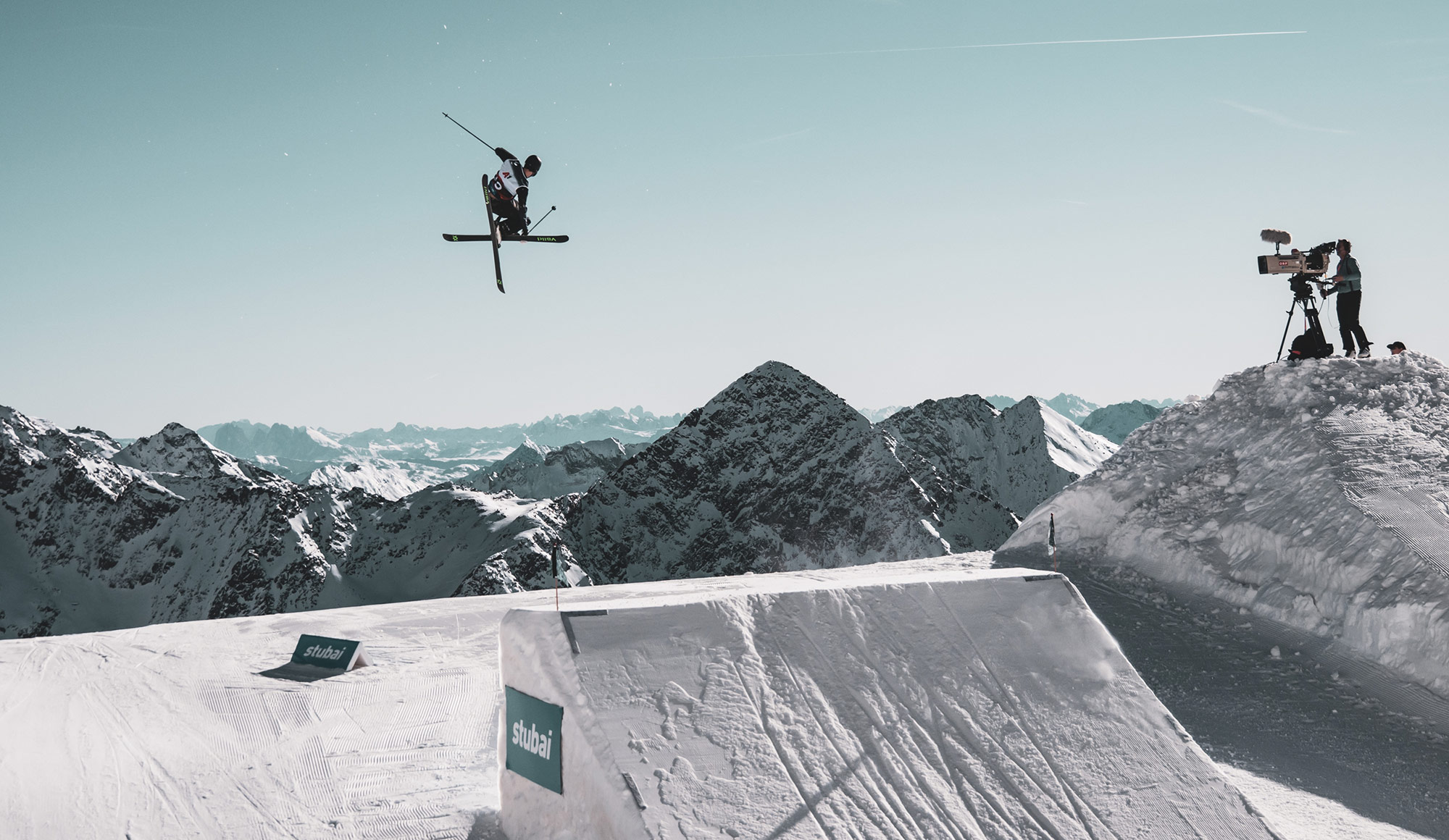 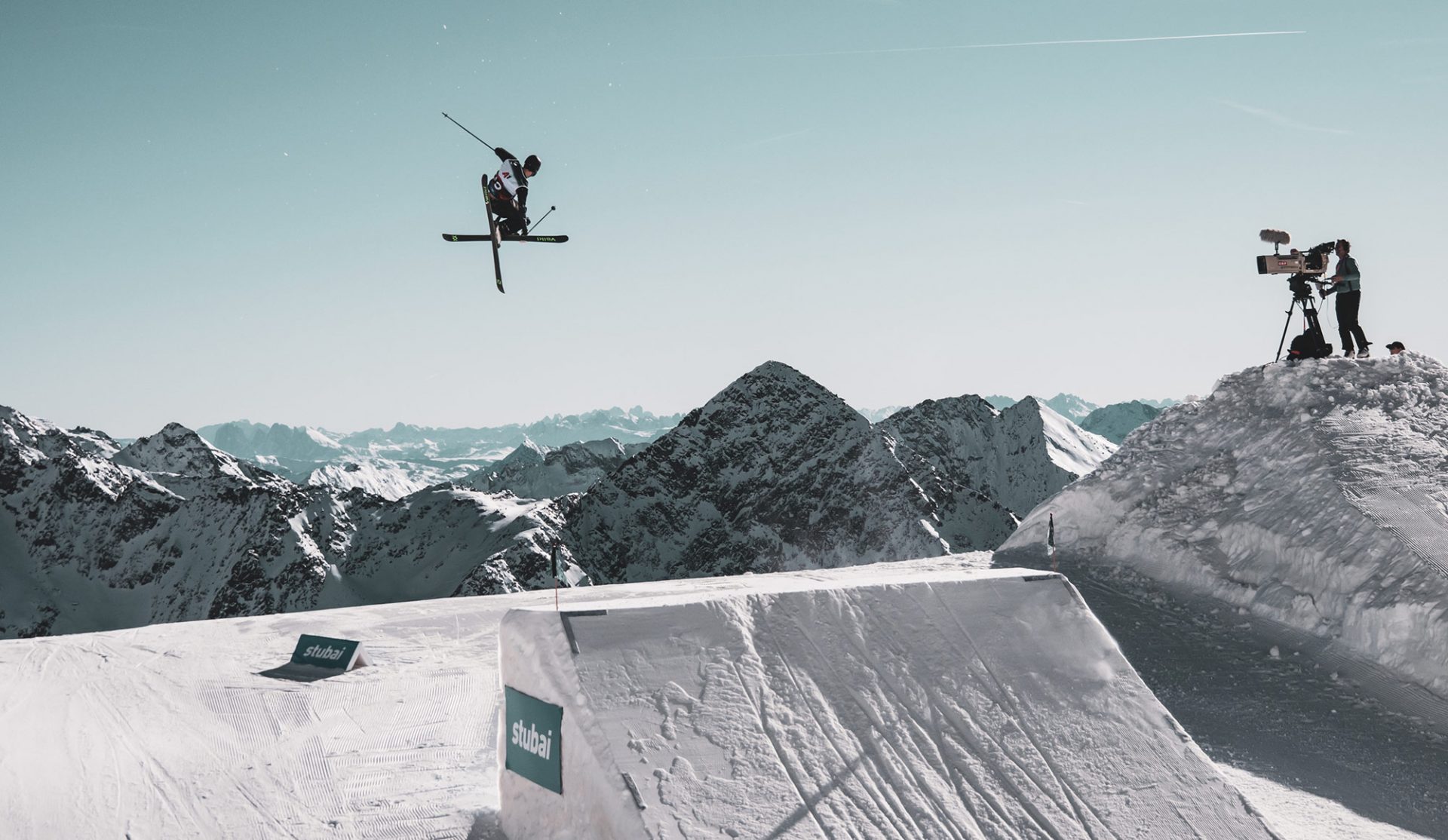 Birk Ruud backed up his formidable jumping skills with some clean maneuvers in the rails.

Birk, who’s more known for his prowess in big air than slopestyle, prevailed with the help of a switch left double cork 1620 mute and a right double cork 1440 safety, plus a flawless lip 270 on, 450 out and two disaster 450s—one forward to the right, one switch to the left. His first run netted him a score of 87.6, which proved good enough for the top spot.

I feel very amazing. I’m very happy with my skiing, and the weather at least is perfect out in Stubai. I’m very happy to lace up a run. It’s my second win in slopestyle and it feels really good. I’m stoked for all the boys who killed it out here. 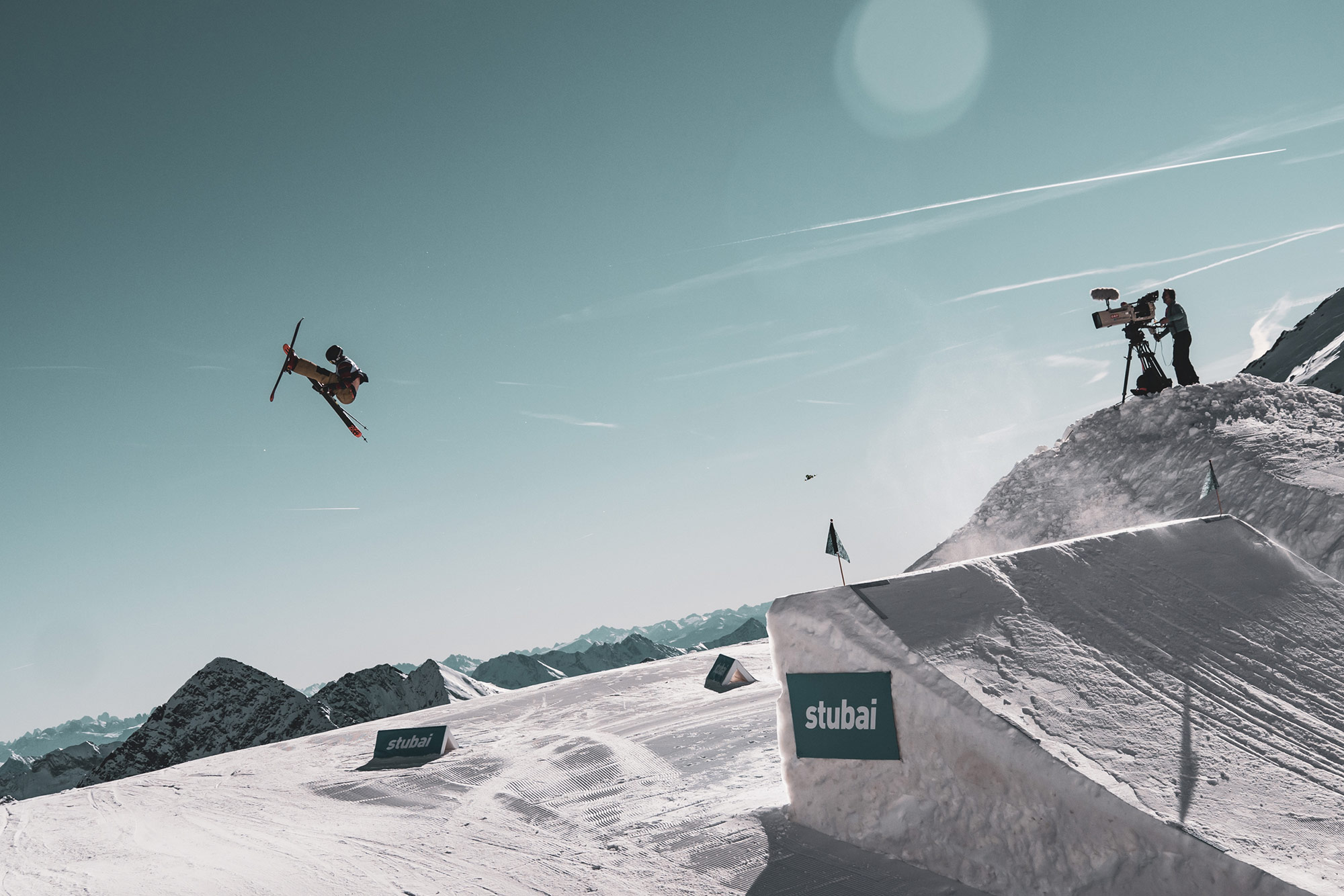 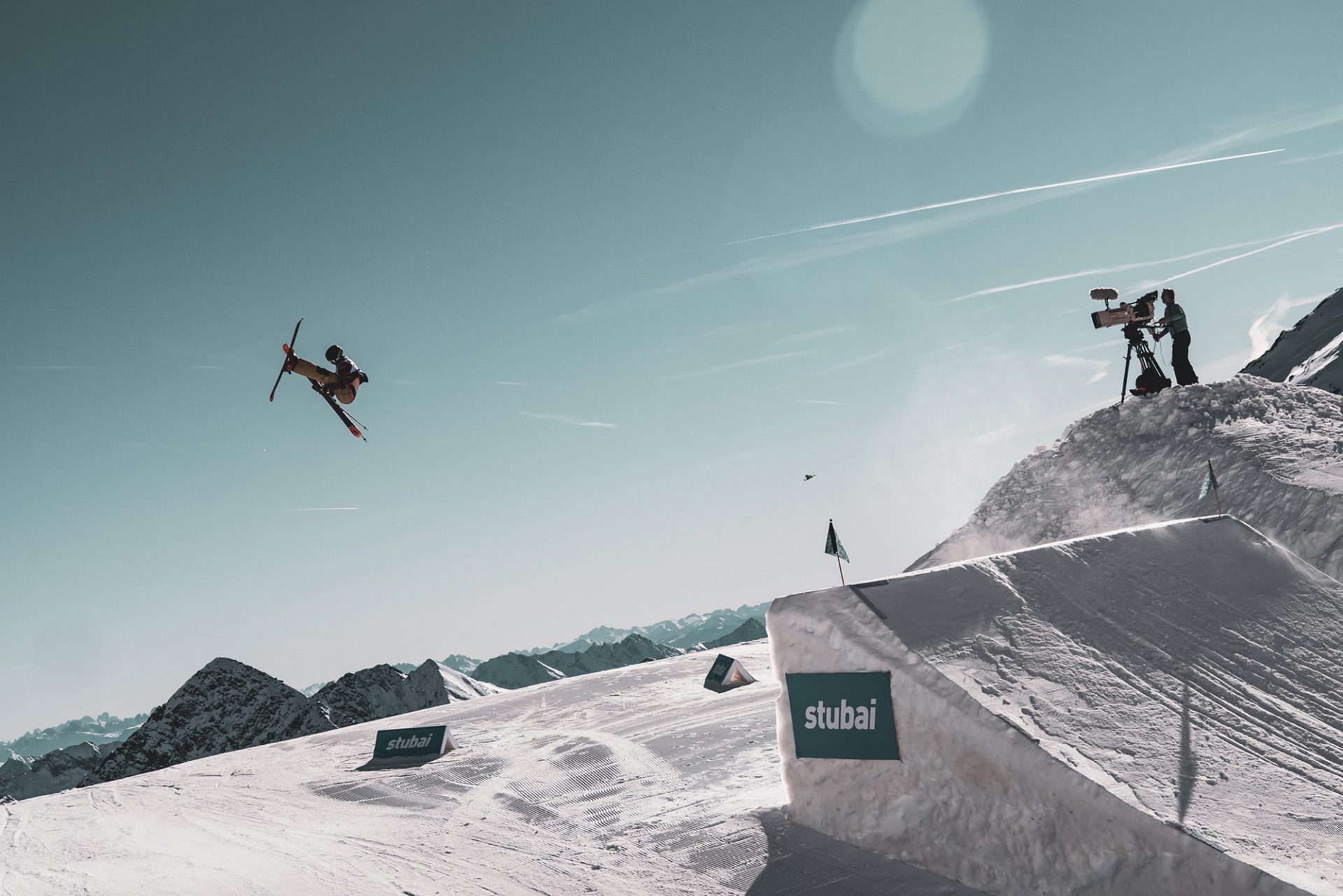 Max Moffatt brings a lot of energy to any slope that he's on.

Nipping at Birk’s heels was Canada’s Max Moffat. Going massive in the jumps, Max delivered a right double bio 1440 japan into a left double cork 1440 safety. In the rails, he locked in a clean right 270 to continuing 270 on the wallride to down rail feature, followed by two 450 disasters and and a sneaky left 270 on.

Ferdinand Dahl rounded out the podium with one of the day’s most stylish and creative runs, showing that slopestyle isn’t (entirely) about spin to win. Ferdy served up two unorthodox jump tricks—switch right double bio 1260 tail and left double misty 1080 japan—before shining in the rail section with a wallie right 270 to forward and switch lip 270 to 270 out before crossing over to the unused left side of the course for a superfed on the down S rail. 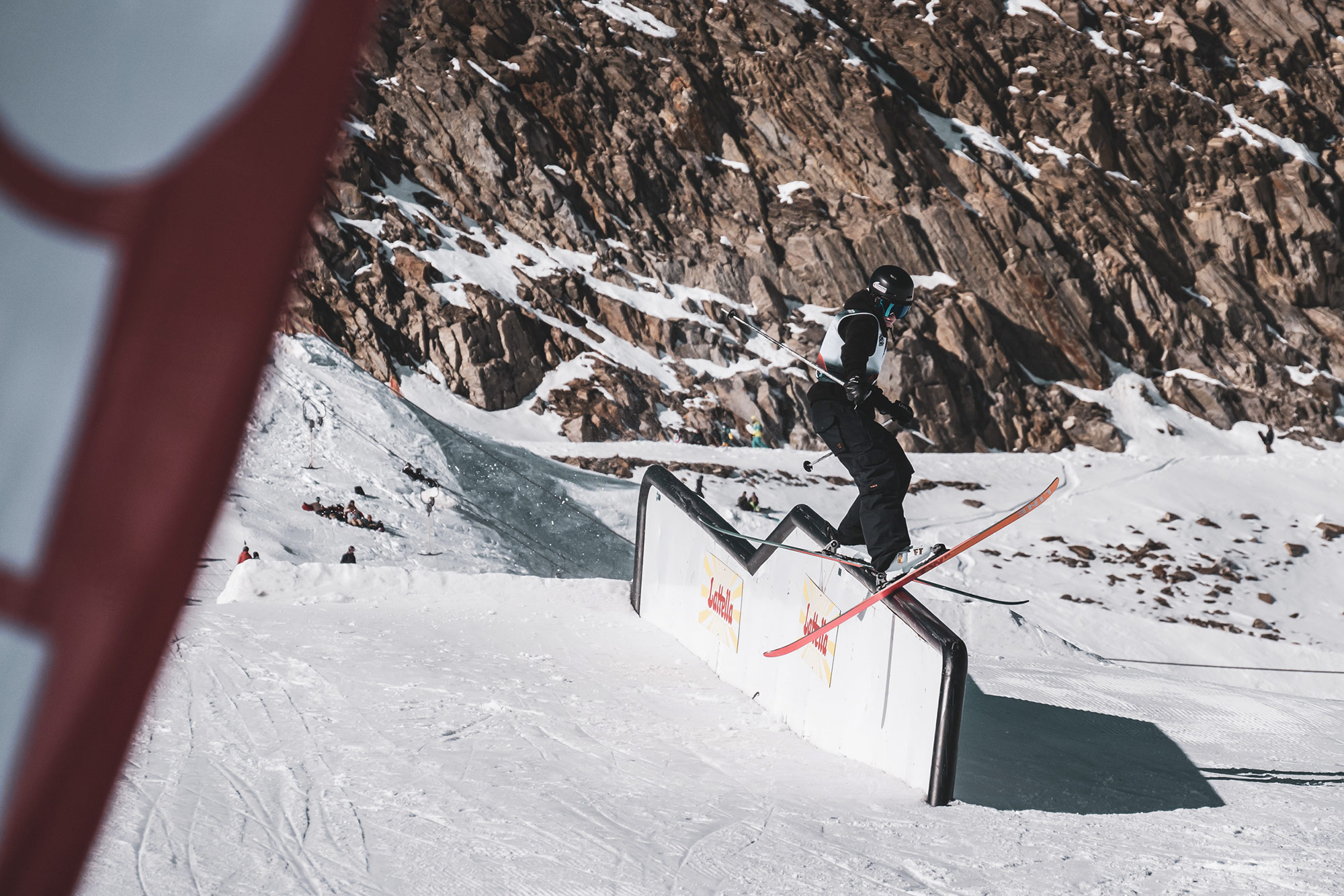 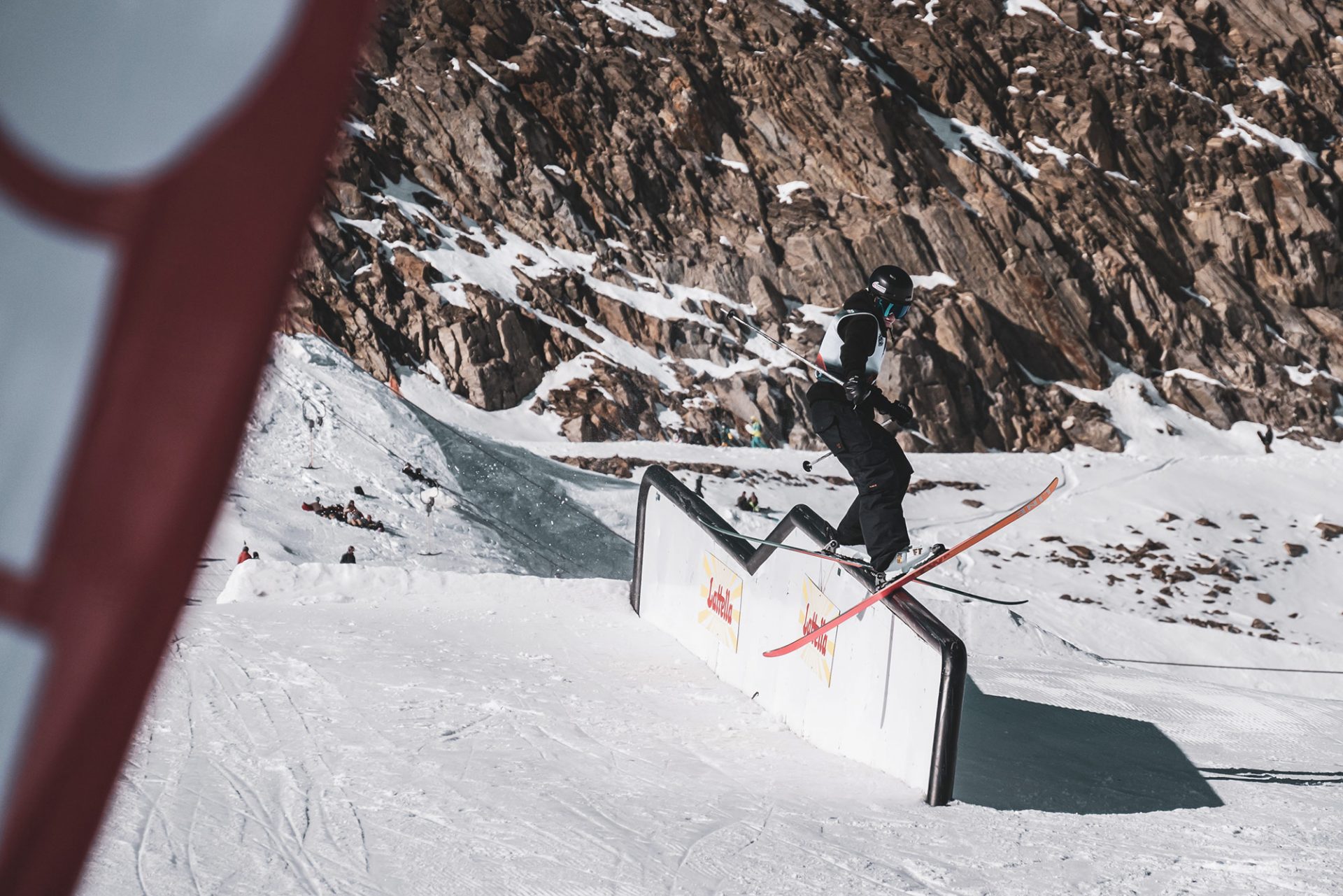 With a blistering array of switch-ups and spins off and on, Team GB's Chris McCormick showed he's the circuit's new rail ninja in residence.

Notably, the day marked the end of Colby Stevenson’s recent dominance of World Cup slopestyle. Colby won the previous two WC slope events, but struggled to lace his run cleanly on Stubai’s fast-paced course. Another much-watched competitor was Matej Svancer, who put down the day’s only triple cork flawlessly, but otherwise couldn’t convert on a competitive run. 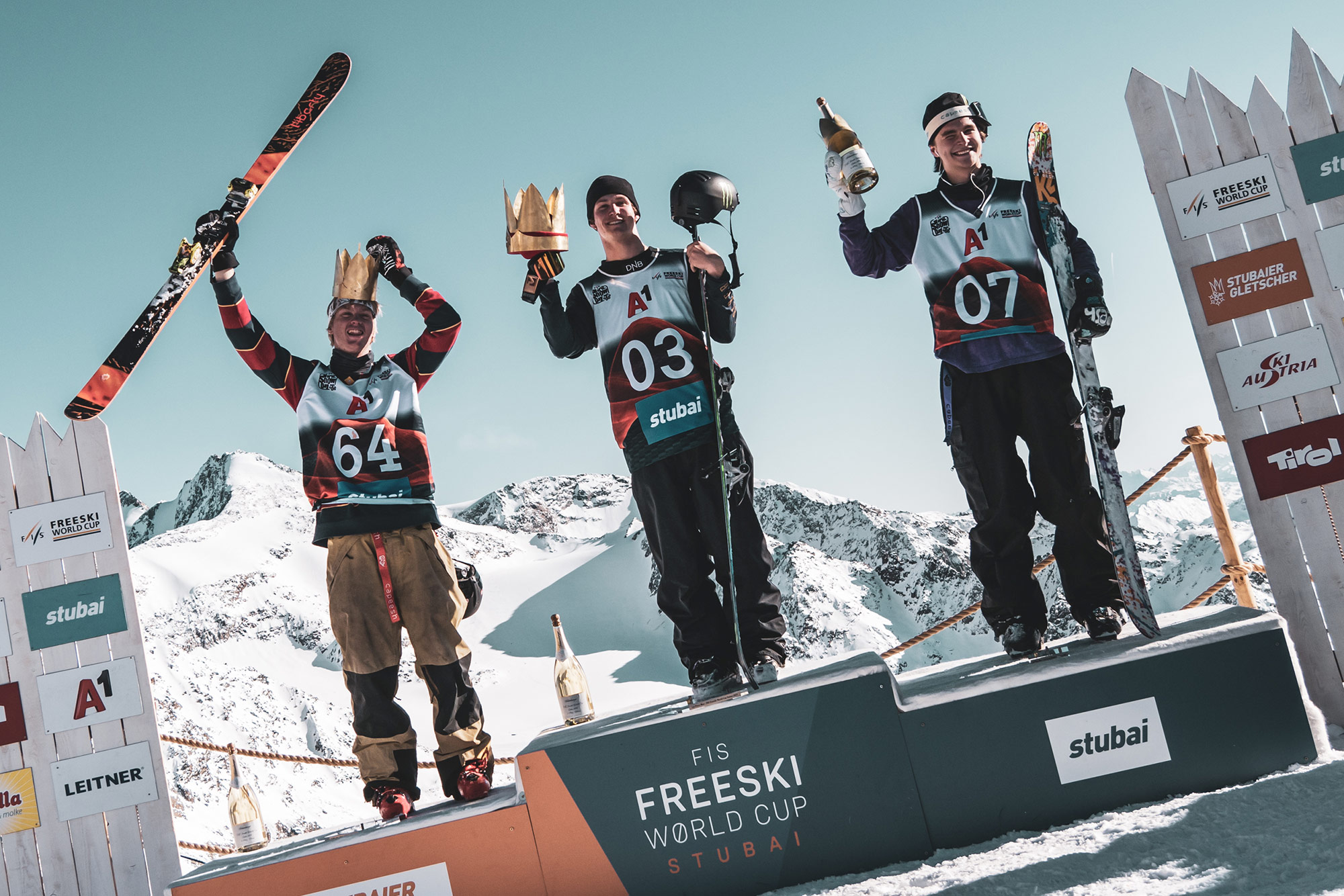 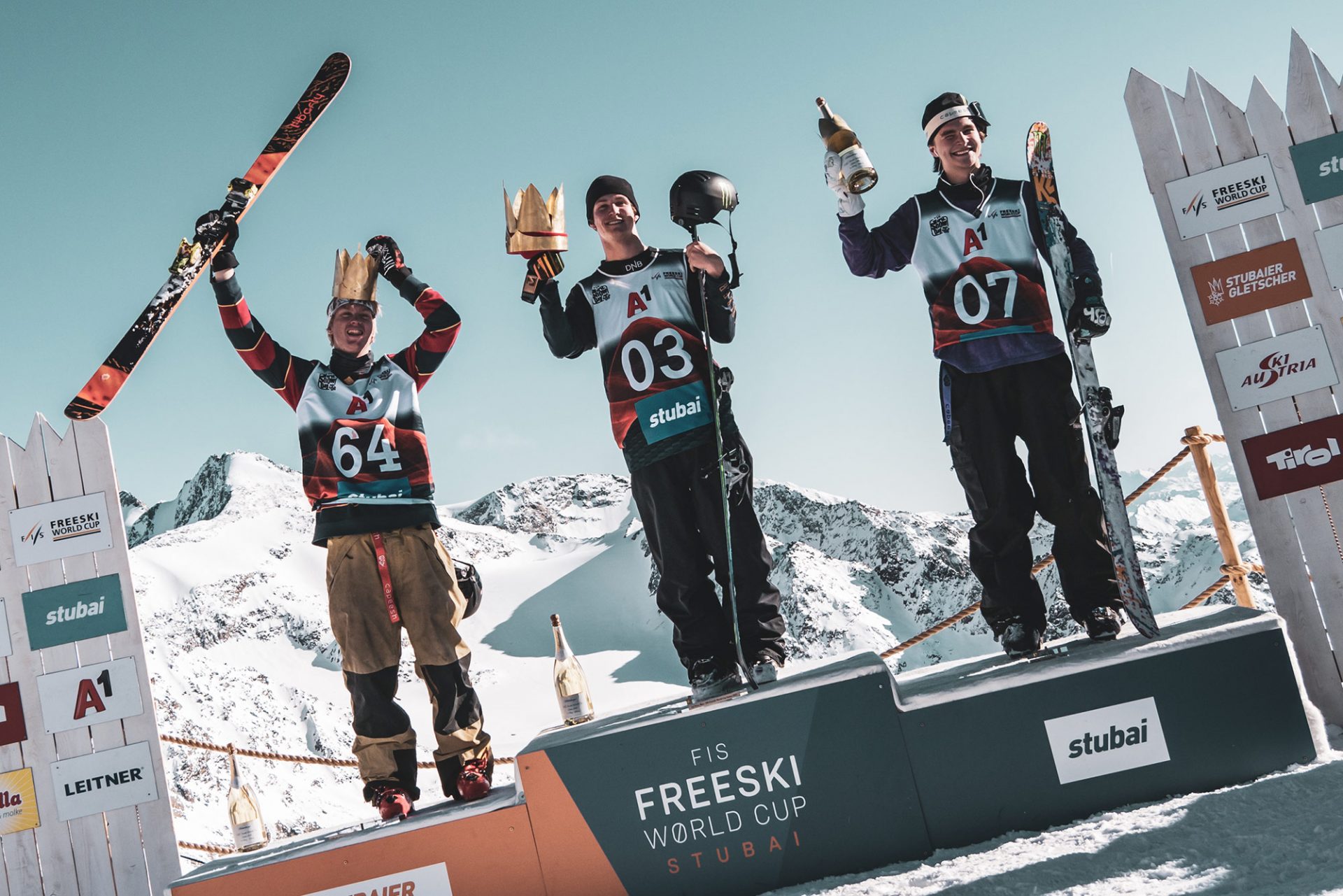 So ends another edition of the Stubai slopestyle, and the timing couldn’t be more fortuitous: the ever-fickle weather on the glacier played along, and the event squeezed through just before Austria’s new hard lockdown goes into effect on Monday. 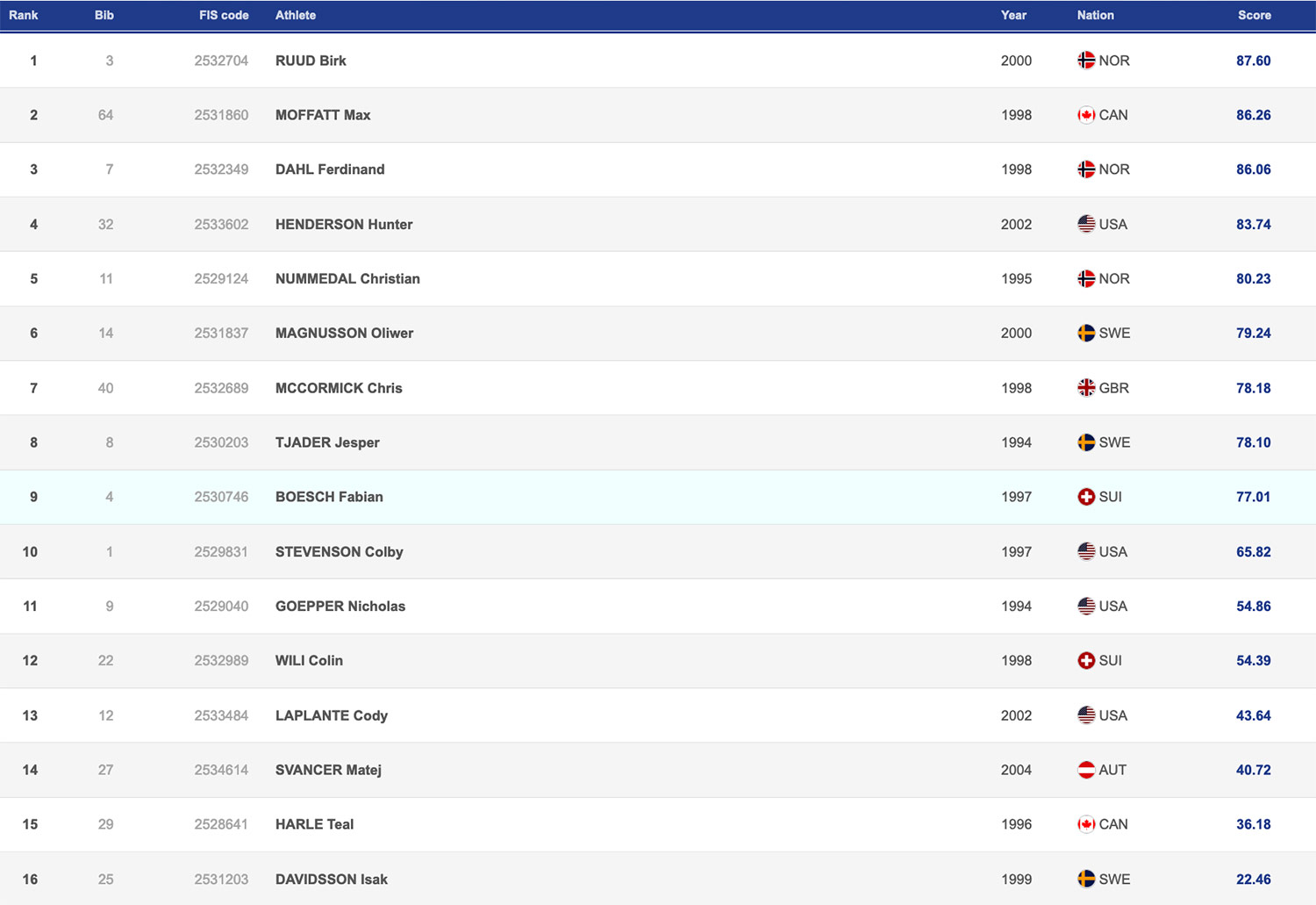 This is Armada: Henrik Harlaut

This is Armada: Henrik Harlaut