New season, new judging format, new venue: The Freeride World Tour kicked off its 15th season with a bang at a brand-new location in the Spanish Pyrenees.

It’s an absolute shame that Alpine countries like Austria, Switzerland, France and Italy dominate the ski-destination discussion in Europe. Saturday’s event was a statement from Val d’Aran and the Pyrenees at large: We’ve got terrain, snow and culture as good as anyone else. Reportedly the result of duplicitous negotiations between local freeride athlete Aymar Navarro and Tour head Nicolas Hale-Woods, the FWT finally landed in Spain this year, and the land of olla aranese put on an absolute spectacle to kick off the season.

New venues, countries and faces are always welcome on the Tour. Each new stop showcases a zone’s particular skiing terroir—Andorra’s scrappy technical lines, Kicking Horse’s buck-rowdy cliffs and trees, Hakuba’s pow-filled gullies, Verbier’s iconic face—reflecting the unique ski cultures fermenting in the valleys below. Baqueira Beret in Val d’Aran showed us a playground of technical and playful terrain, a sea of peaks, cold powder snow and some of the most hyped freeride fans on the globe.

Seriously, this Spanish-Pyrenees crowd brought the heat. At the first FWT event open to spectators since the start of the pandemic, the locals were out in force, showing again that the Pyrenese might have the best ski culture in Europe. Up to 15,000 Val d’Aran freeride fans perched on nearby ridges, hooting, hollering and cheering as skiers ripped by. Screams from the ridgeline were heard throughout the day, especially when someone dropped a cliff, tossed a backflip, crashed, did something generally rad or just waved to them.

For the terrain, athletes took on the Baciver face: a west-facing slope with a 385-meter vertical drop offering a smorgasbord of interlinked gulleys, couloirs and windlips and serrated with cliffs. On contest day the face opened with a broad, wind-blasted slope peppered with rocks, then rolled into a system of steep, exposed chutes and drops. 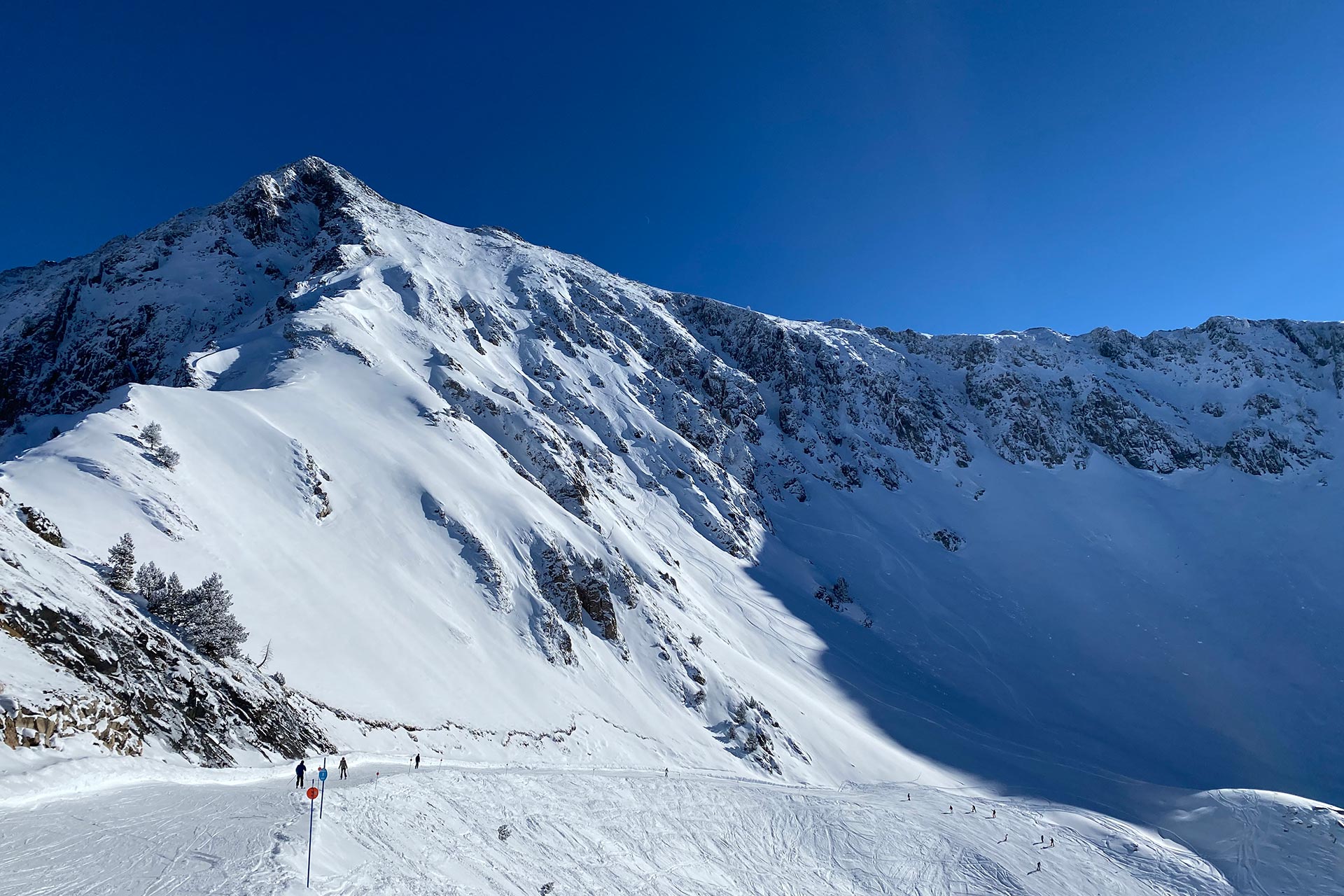 The Baciver face offered a unique blend of technical and playful lines. Here's betting that the FWT athletes are already looking forward to a return to this multifaceted venue.

First out the gate, defending champion Elisabeth Gerritzen started on a dominant line, skiing with speed and confidence through a sketchy zone called “the cheese grater,” but couldn’t hold on to the speed out of the mandatory air, and crashed. Jess Hotter got caught up above a cliff band and pinballed through the rocks in a scary crash.

With smart, technical skiing, Zuzanna Witych picked her way through the couloirs of the Baciver face and into third place. Fan favorite Hedvig Wessel stacked features through the upper venue and ripped through the exit couloir. Though her signature backflip didn’t make an appearance, the run landed her in second. 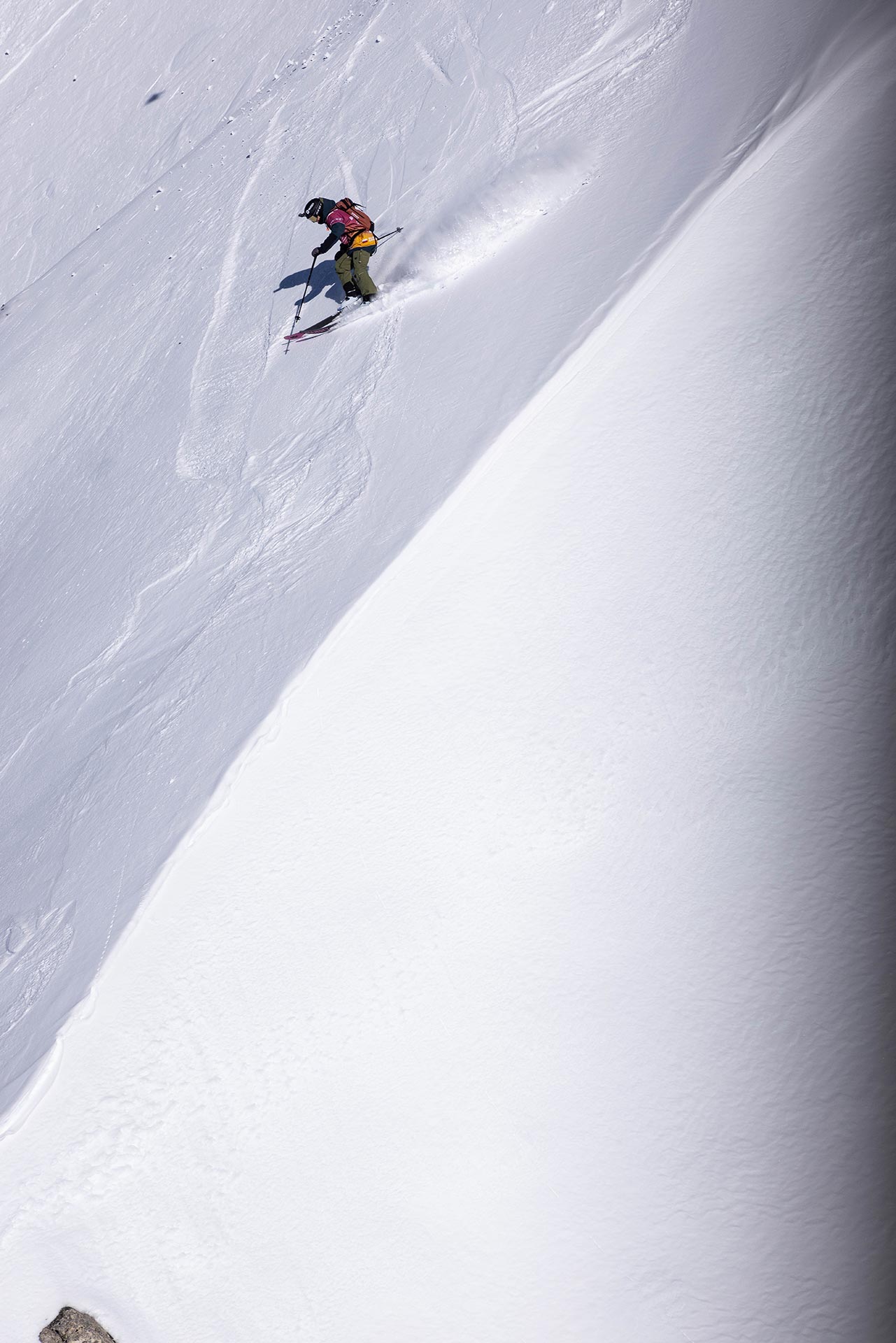 Zuzanna Witych's star continues to rise with a strong start in the 2022 FWT season. Photo: Daher/FWT

Dropping from one gully to another, Canadian Olivia McNeill netted two of the biggest cliffs in the women’s field and the top step on the podium. “I’m feeling really glad just to be landing runs again,” said McNeill, giggling after her win.

Olivia McNeill linked two big drops for her ticket to the top of the podium. (YouTube) 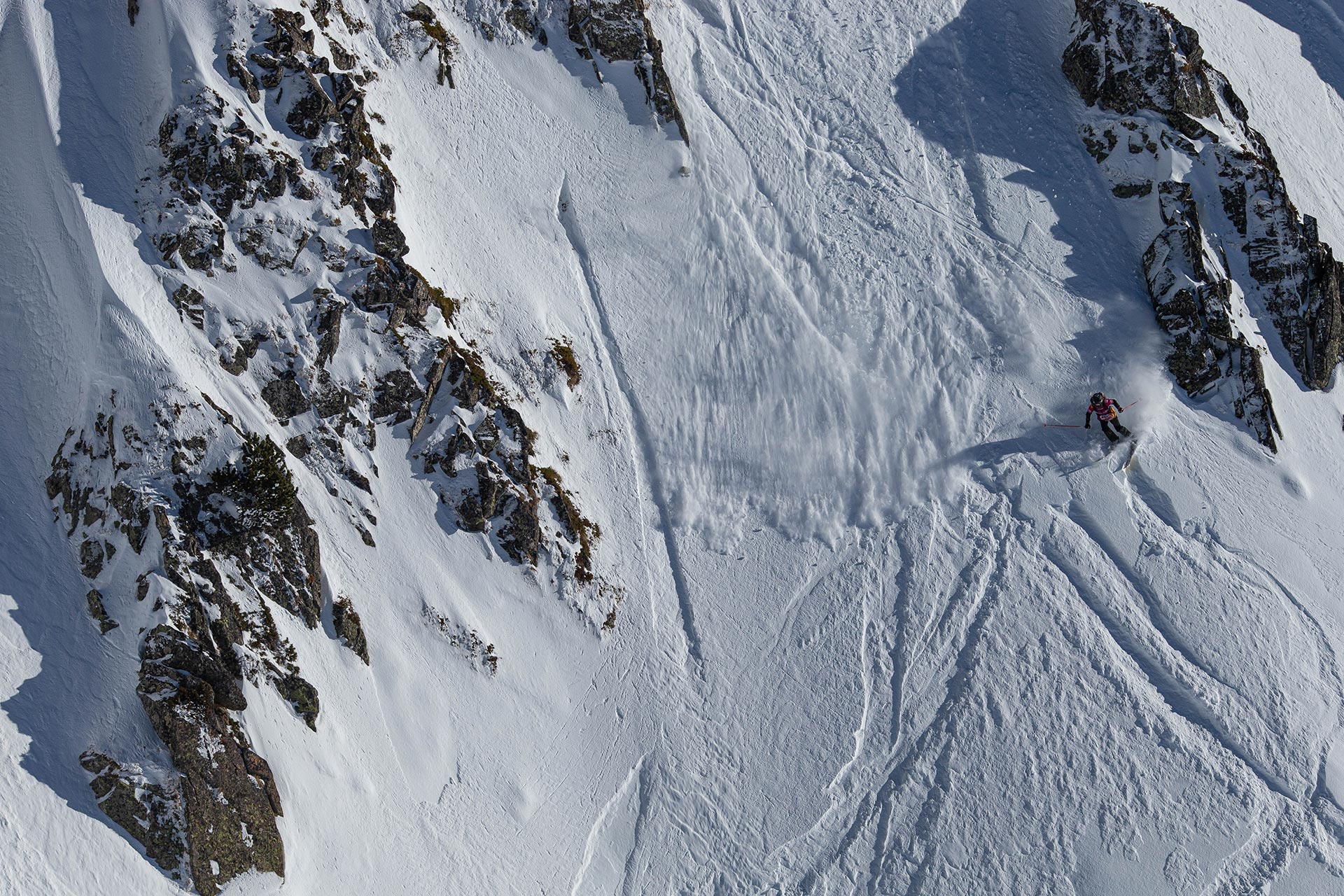 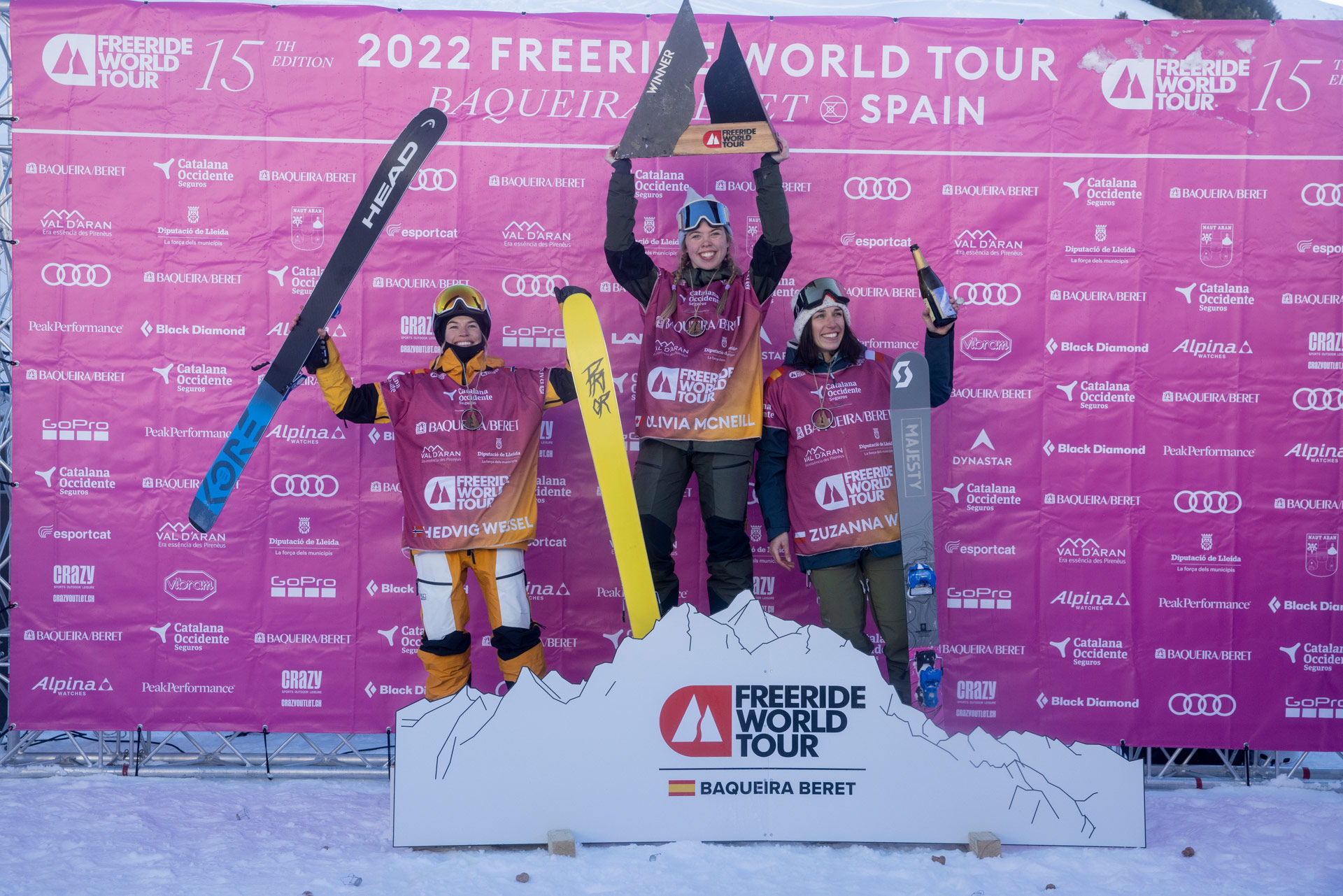 The men’s ski field threw down in Val d’Aran. What does it say about the state of freeride when runs with multiple 360s, backflips and flatspins don’t make the podium, or even the top ten? Will riders need a double in their bag of tricks to contend for the podium now? Did I just watch someone throw a lincoln into exposure with no room to spare?

Spanish riders Abel Moga and Aymar Navarro put on a show for the local fans. Moga popped off a series of drops up top, then sent one the largest cliffs of the day to the roar of thousands of screaming Spanish skiers. The Spanish rookie made Val d’Aran proud with a second-place finish in his FWT debut. 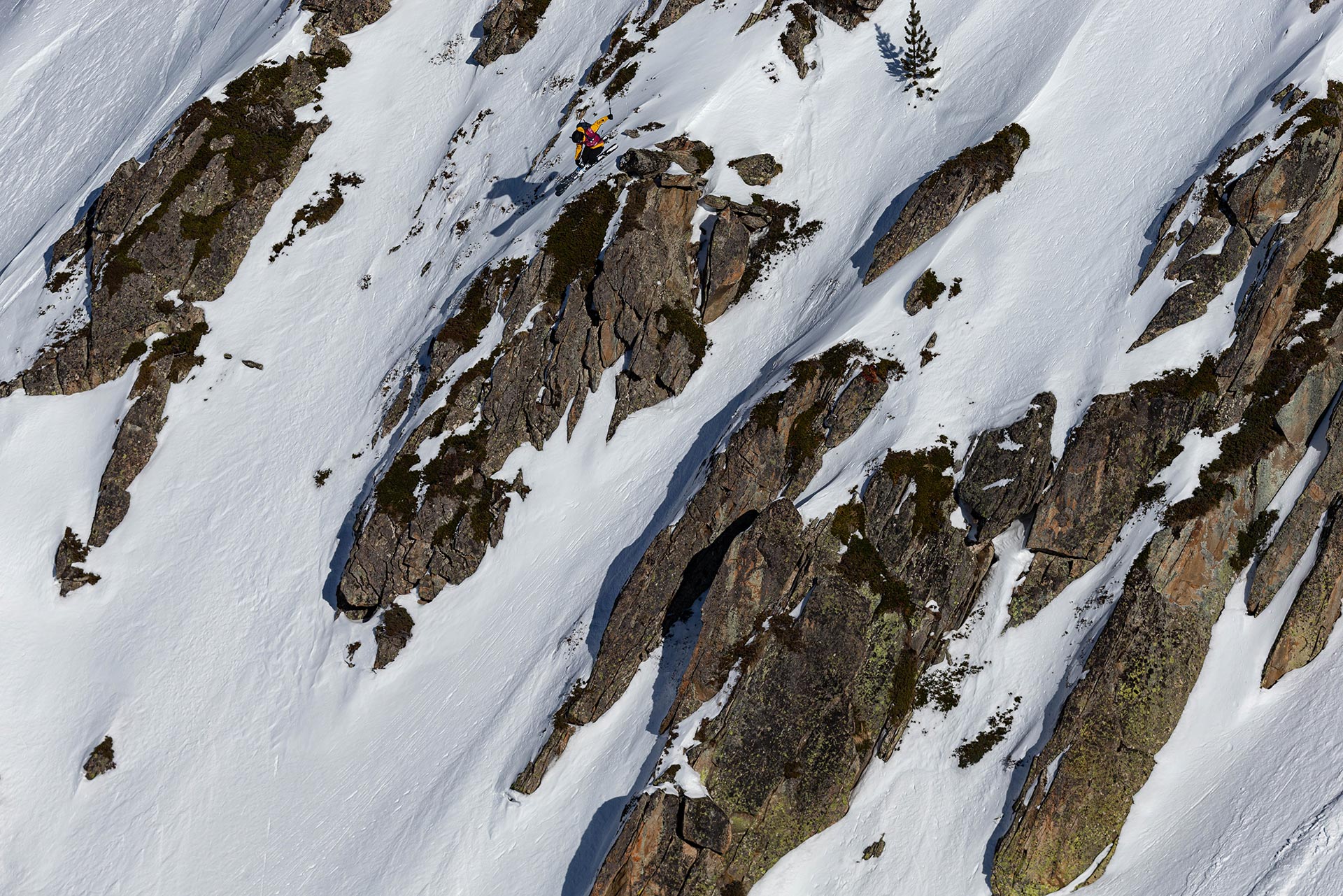 Local wildcard entry Abel Moga made his hometown crowd proud, lining up this big drop on his way to second place. Photo: Daher/FWT

Meanwhile, the king of Spanish Freeride, and probably the reason why Baqueira Beret is hosting the Tour in the first place, Navarro billy-goated his way into the sketchiest, steepest, most exposed part of the venue, then pointed his skis directly into the fall line. If he’d he held on, the straightline would have been a podium-contending run. However, Navarro lost control midway and exploded, cratering the face with bomb holes from his tomahawk but emerging apparently unscathed.

Meanwhile, Kiwi Craig Murray put on a triumphant return to form, with back-to-back massive floater cork 3s in the gut of the central couloir for a third-place finish. 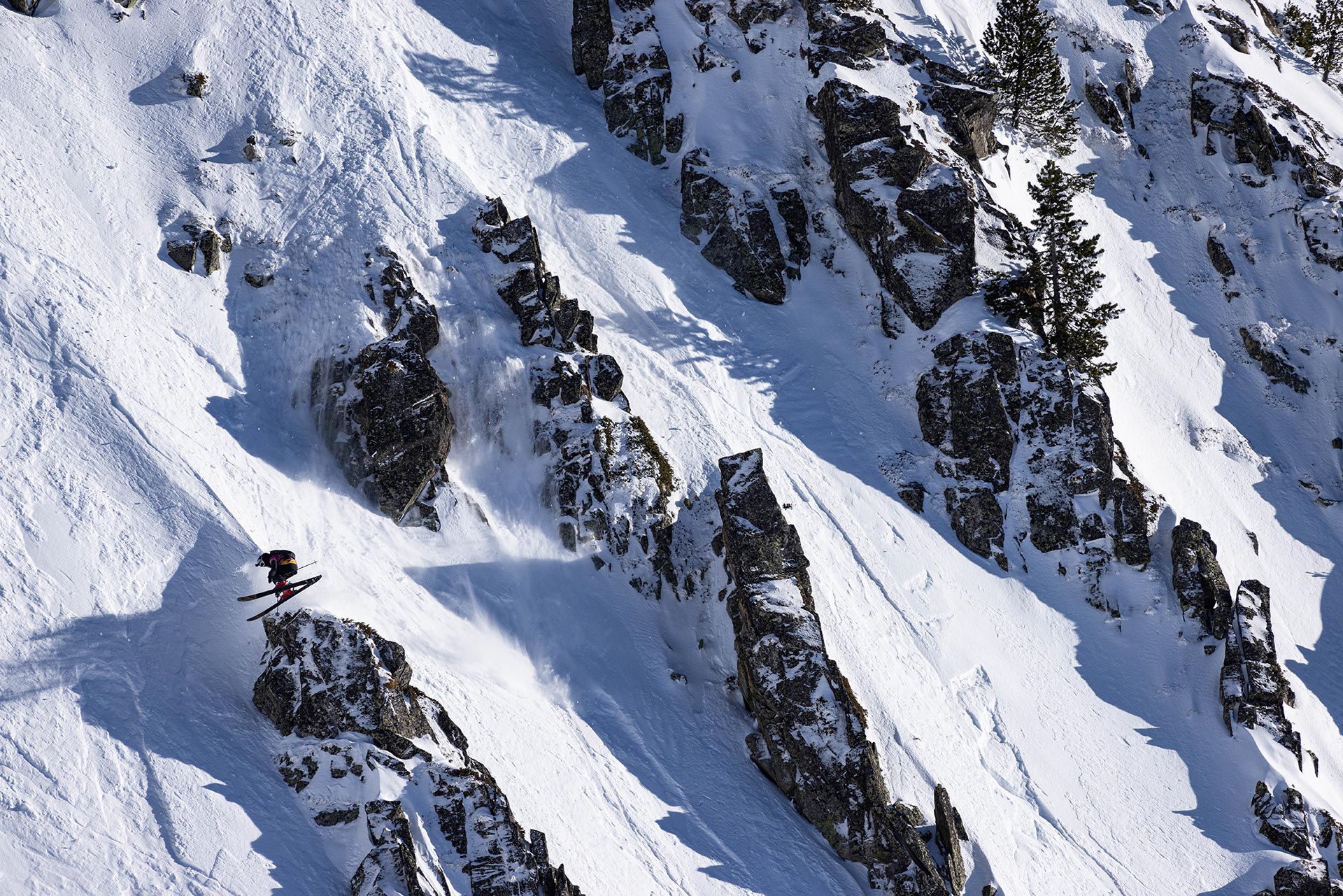 Craig Murray's cleanly linked 360s through the heart of the venue were a sight for sore eyes. Photo: Daher/FWT

The star of the day was wildcard entry Max Palm, who made FWT history with the first ever double backflip in competition. The young Swede followed it with a 360 and more airs for good measure. With a handwritten tribute to the late Hugo Hoff on his jersey, Palm claimed the top of the podium. As a professional courtesy for *checks notes* making FWT history, Palm was quickly invited to compete in the rest of the Tour events this season. 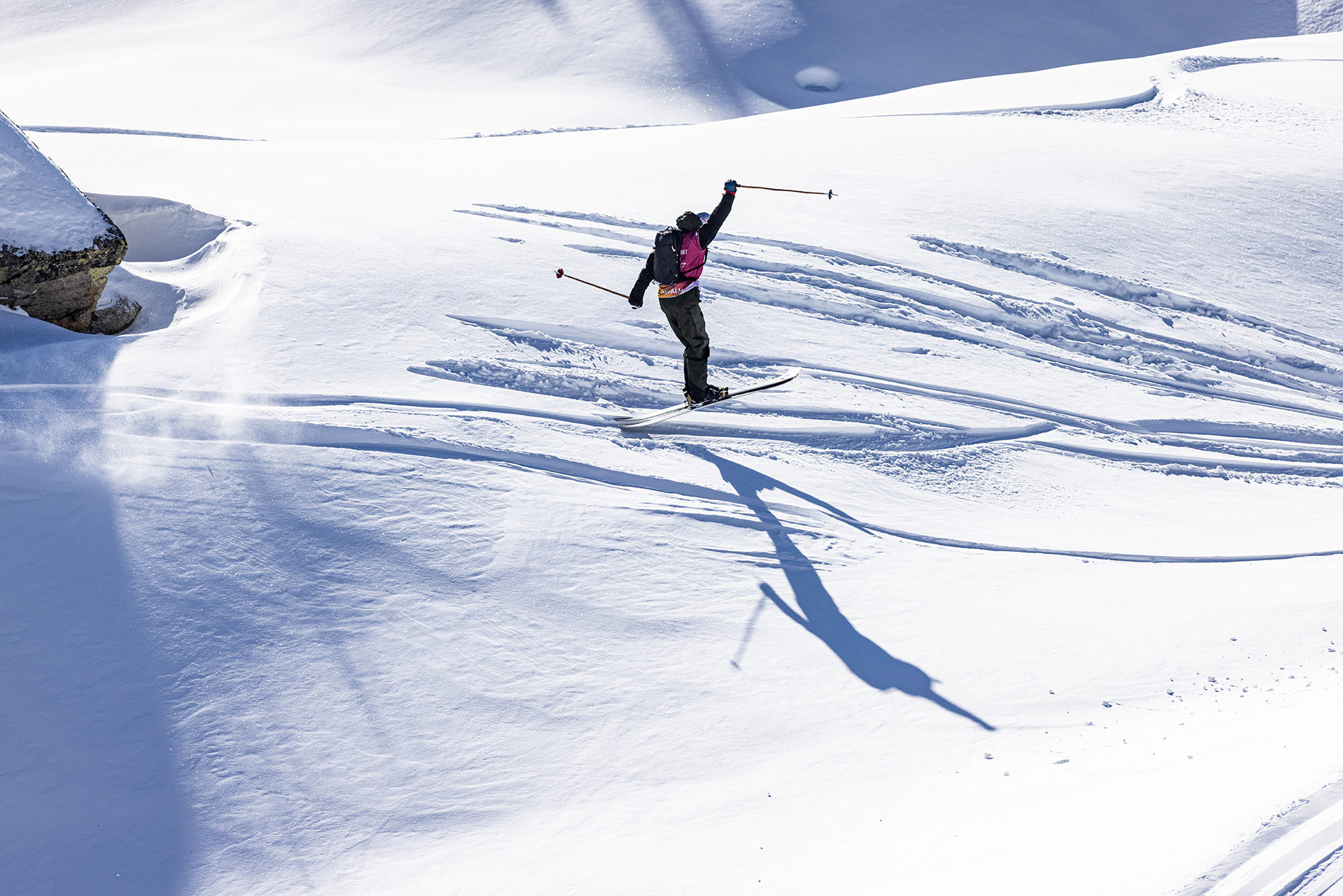 Claim it: Max Palm celebrates a groundbreaking run that will be remembered for a long time to come. Photo: Daher/FWT 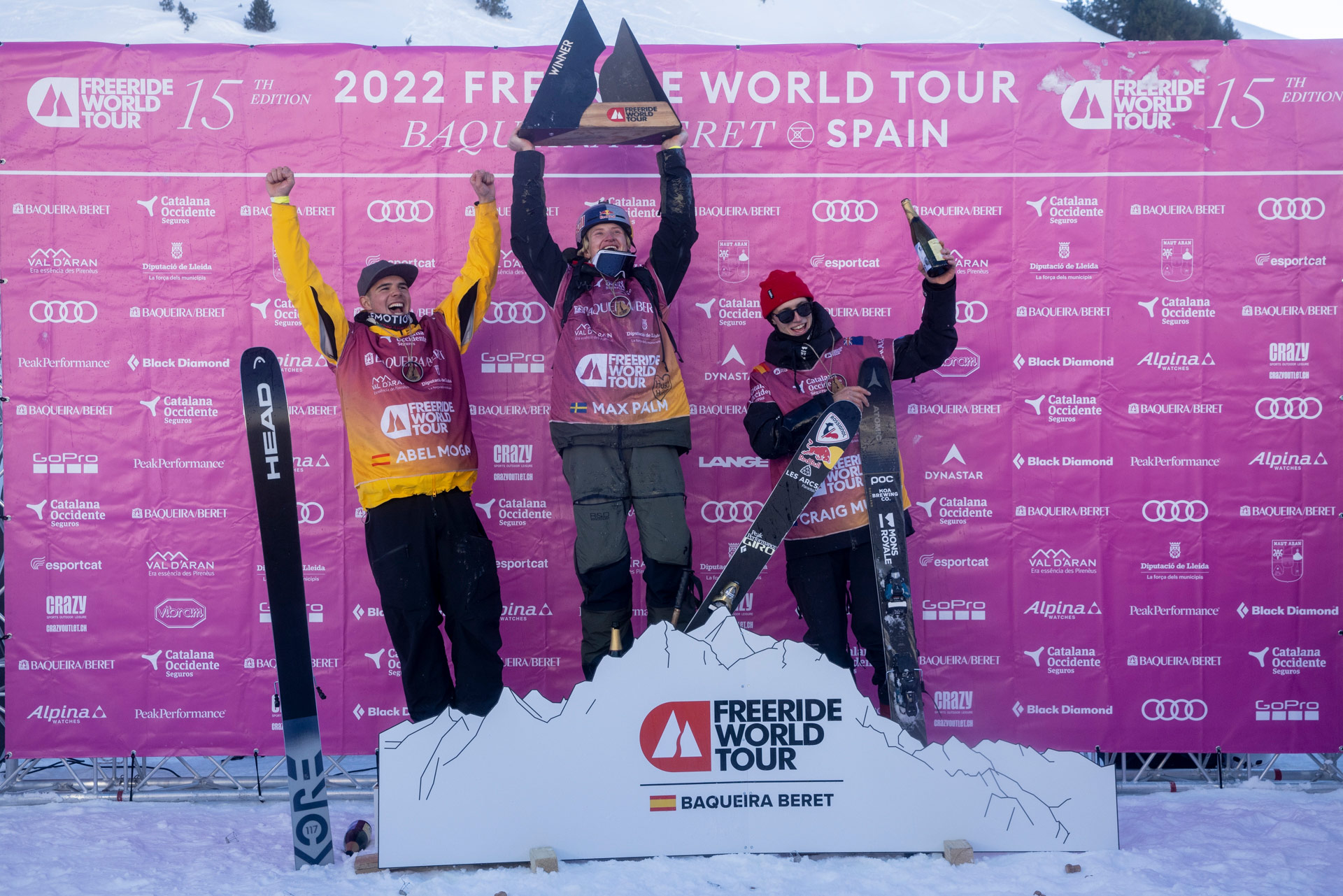 The Freeride World Tour continues next week, at Ordino-Arcalis, Andorra. CLICK HERE FOR A FULL OVERVIEW OF THE COMING FWT SEASON.

Tecnica’s Recycle Your Boots Program: Saving the planet, one boot at a time

Tecnica’s Recycle Your Boots Program: Saving the planet, one boot at a time