The women of ski halfpipe put on a fine show today during their qualification round at the 2018 Winter Olympics in South Korea. Canadian Cassie Sharpe qualified in first position, followed by France’s Marie Martinod and American Brita Sigourney.

Sharpe skied dominantly in both qualifying runs, showing off big amplitude in matching cork 900s on both walls of the pipe, clean grabs and switch skiing, and adding a near-perfect cork 1080 at the bottom of her second run that’s sure to make an appearance in the finals.

The judges liked Martinod’s solid grabs and composure in a run with 5s, 7s and 9s but no switch hits, placing her in second. Sigourney landed in third with some absolutely massive airs—4.9 meters out of the pipe on an alley-oop air—and a very lofty cork 900.

The field looked quite strong today, with almost all women landing their runs cleanly and some exciting newcomers to watch. Several long-shot competitors pushed their way into the finals with strong runs, like Germany’s Sabrina Cakmakli, the UK’s Rowan Cheshire and Valeria Demidova of Russia.

The Chinese team coached by Mauro Nuñez also turned some heads, with three skiers showing strong development in their pipe skiing fundamentals, and one, Kexin Zhang, qualifying in eighth.

Maddie Bowman snags the tail grab in her 900.

Americans Annalisa Drew and Maddie Bowman, Japan’s Ayana Onozuka, Roz Groenwoud of Canada and Anais Caradeux of France complete the 12 women who will drop into the finals. 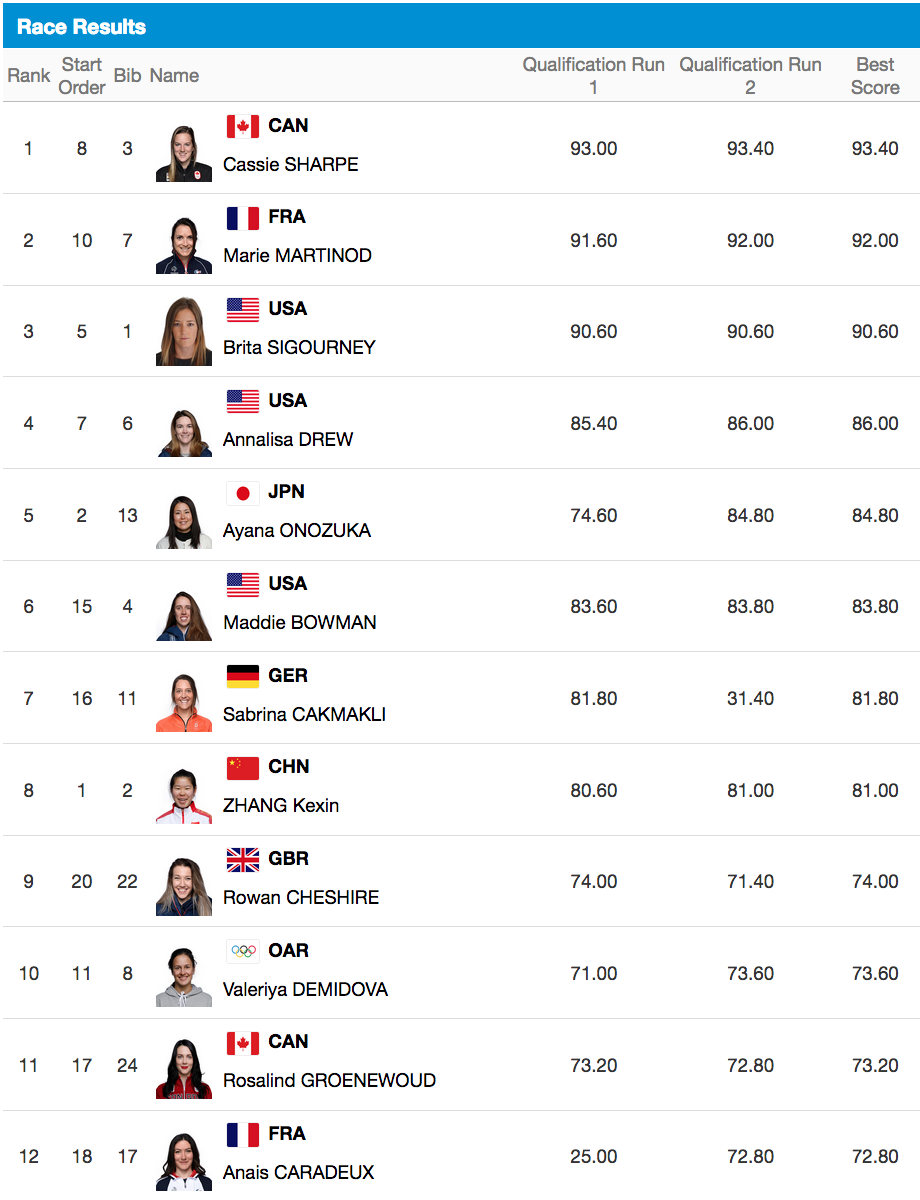