Well to be honest pipe finals were a huge let down, even worse than Snowboard Superpipe. Instead of the usual 3 runs the riders were only given 2, and out of the 22 runs in total, 16 ended in crashes. Nevertheless, the tricks where pretty mind bending, Noah Bowman had a pretty sick run with multiple switch hits and a huge switch bio 5 down the pipe, which personally I love to see in such a crazy event. Kevin Rolland had a hell of crash, completely decking the pipe on a left dub 12. Luckily he was fortunate enough to walk away, and even took his second run. That guy is a true beast.Aaron Blunck was finally able to put together his switch back to back double corks, and besides some smaller bubbles he had a clean run, which was enough for him to take home the win.

We definitely hope ESPN and X-Games decide to bring back the run formst for next years, as the level in pipe skiing is just insane and those guys definitely need 3 runs to reach their full potential, keeping in mind the pressure and the weight they all carry on their shoulders during such a prestige event.

Here you can check out the full re-play of pipe finals, but you might just be better of with only watching the top 3 runs, expect you love to see people go down….lol 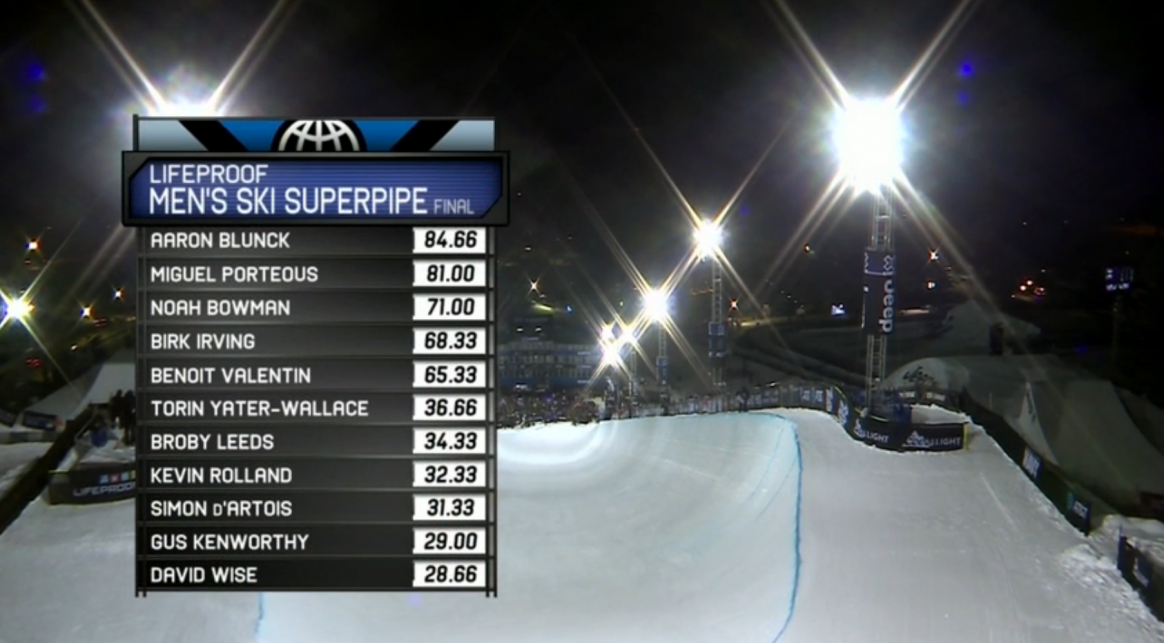 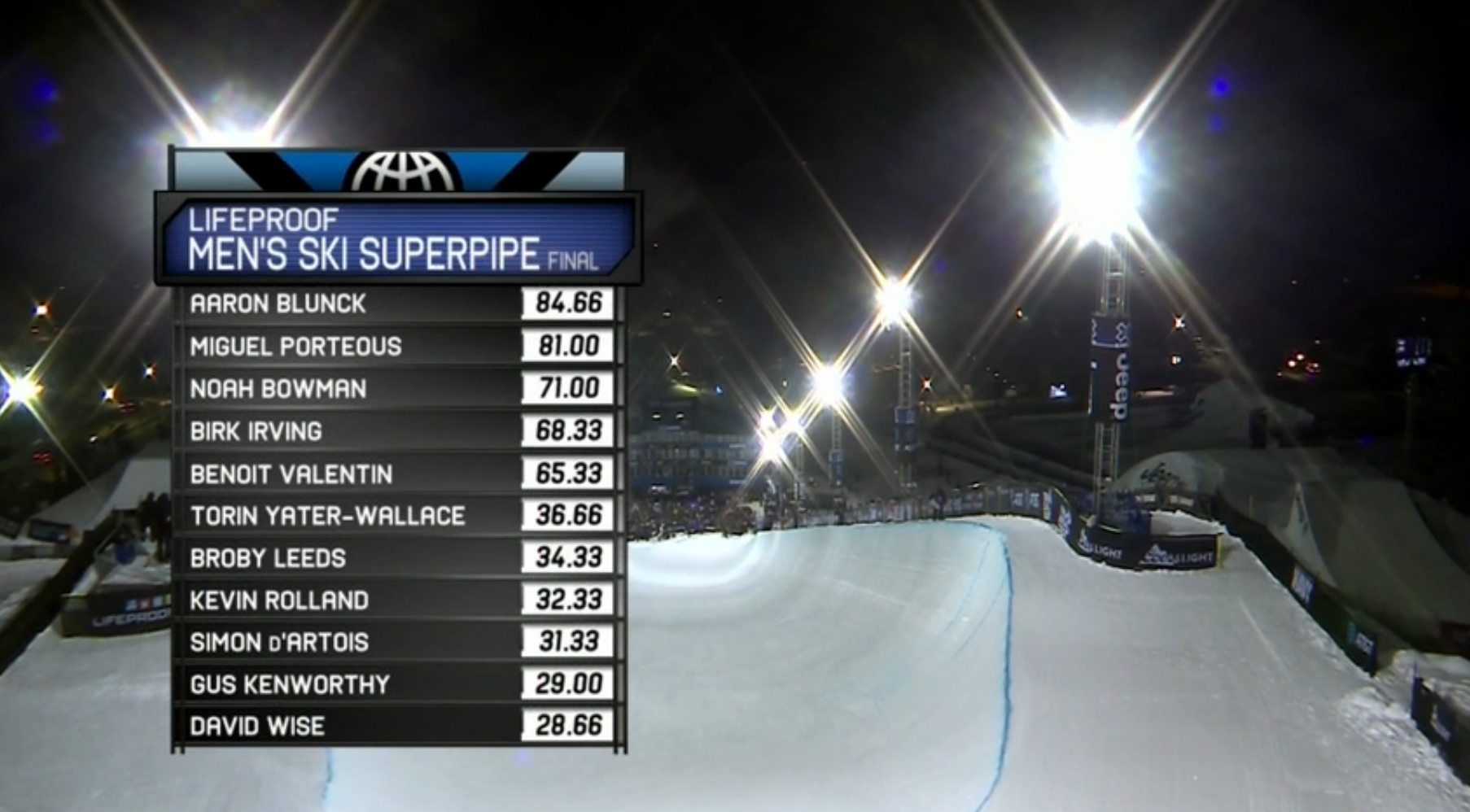 Same as the boys, the girls where going for broke. Lot’s of crashes, and only a a few runs worth mentioning… Marie Martinod came out swinging on her first run, putting together nice back to back 5 and flair’s, plus a big 9 at the bottom of the pipe…earning her the win. You can check the full results and the full re-play down below! 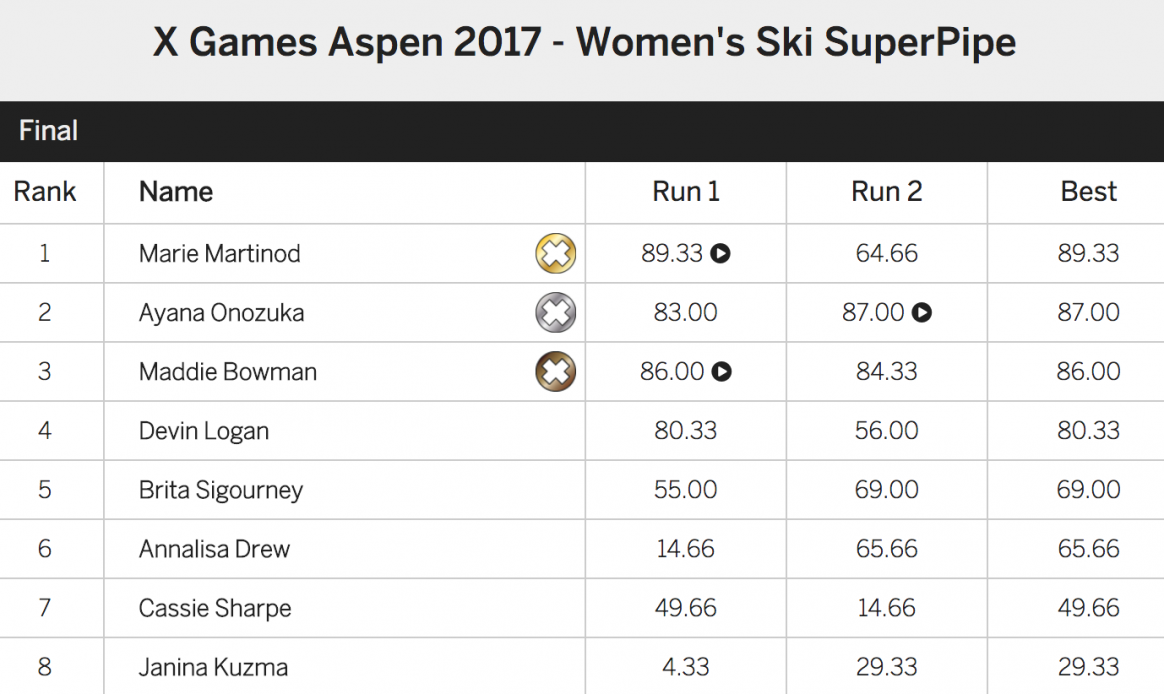 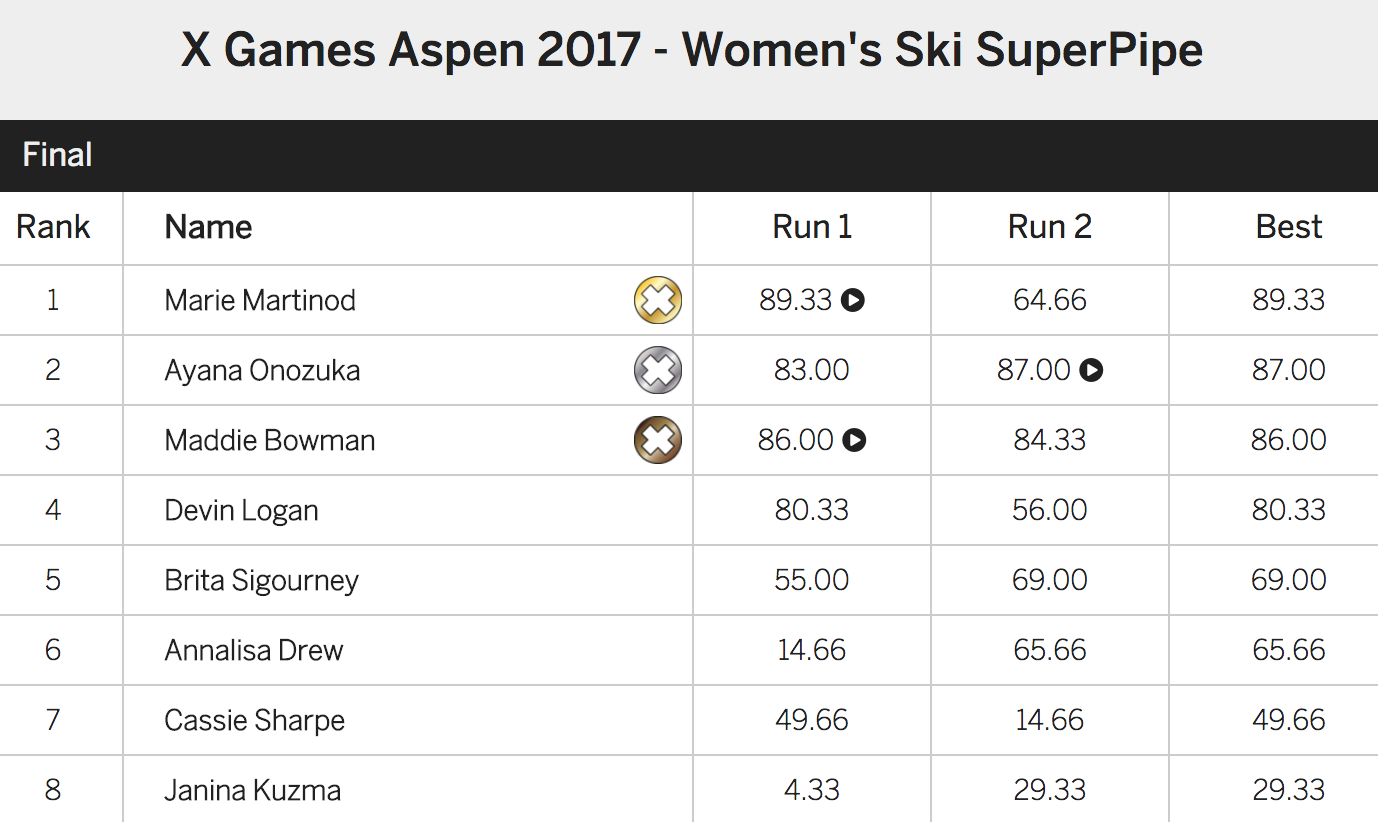 All in all, X Games Superpipe was a pretty big let down, with the 2 runs format as many of the riders where definitely not able to reach their full potential, and literally just went going broke on their 1st runs….

Well, let’s look forward to Big Air Women’s and Men’s finals, as we are sure to expect great things to happen, as well as the Slopestyle competition!