X-Games Aspen 2017 Woman’s and Men’s Big Air went down tonight, and both events equally were off the hook. First the woman threw down big, with stylish tricks and two switch double cork 10’s by Lisa Zimmermann and also Kaya Turski. All the girls rode super well and stylish. Giulia Tanno for example put down a sick switch 12 tail, and Kelly Sildaru stomped perfectly stezzed out switch both way 10’s like it was no big deal.

It is amazing to see how far the girls have come, and that big air is definitely worth a re-watch. Huge congrats to Lisa Zimmermann for taking home the win, after not being invited for over 3 years and still not being invited for Slopestyle, where she would be sure to compete for 1st place as well. Kelly Sildaru being the youngest girl to compete went absolutely massive and stylish, finishing with a well deserved 2nd place. 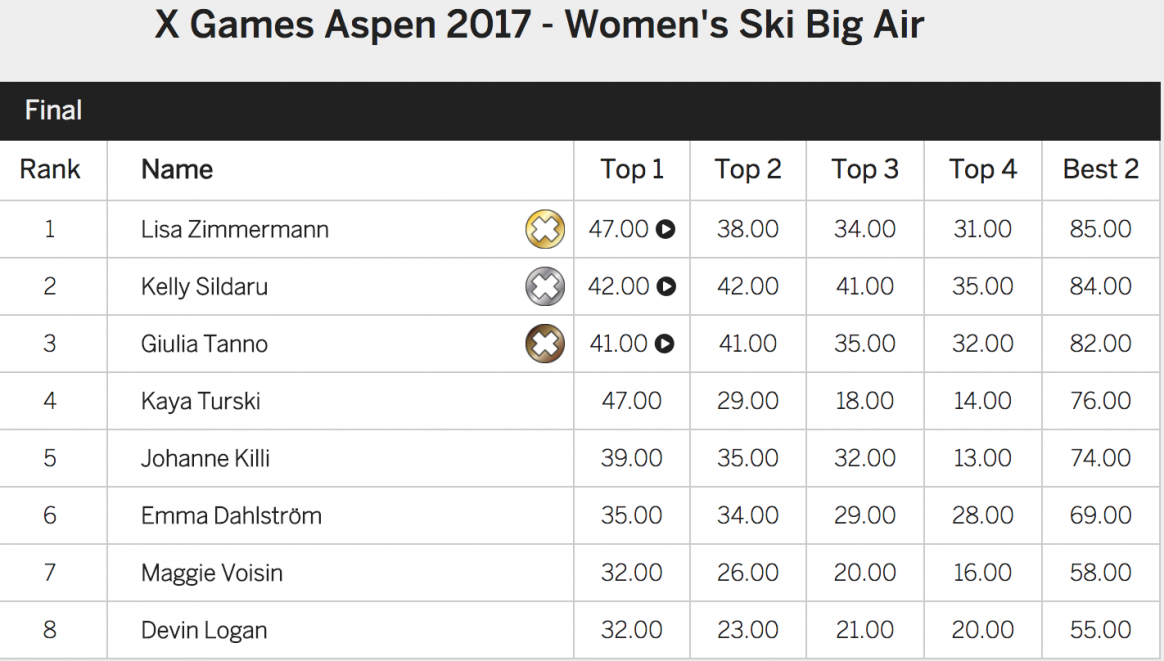 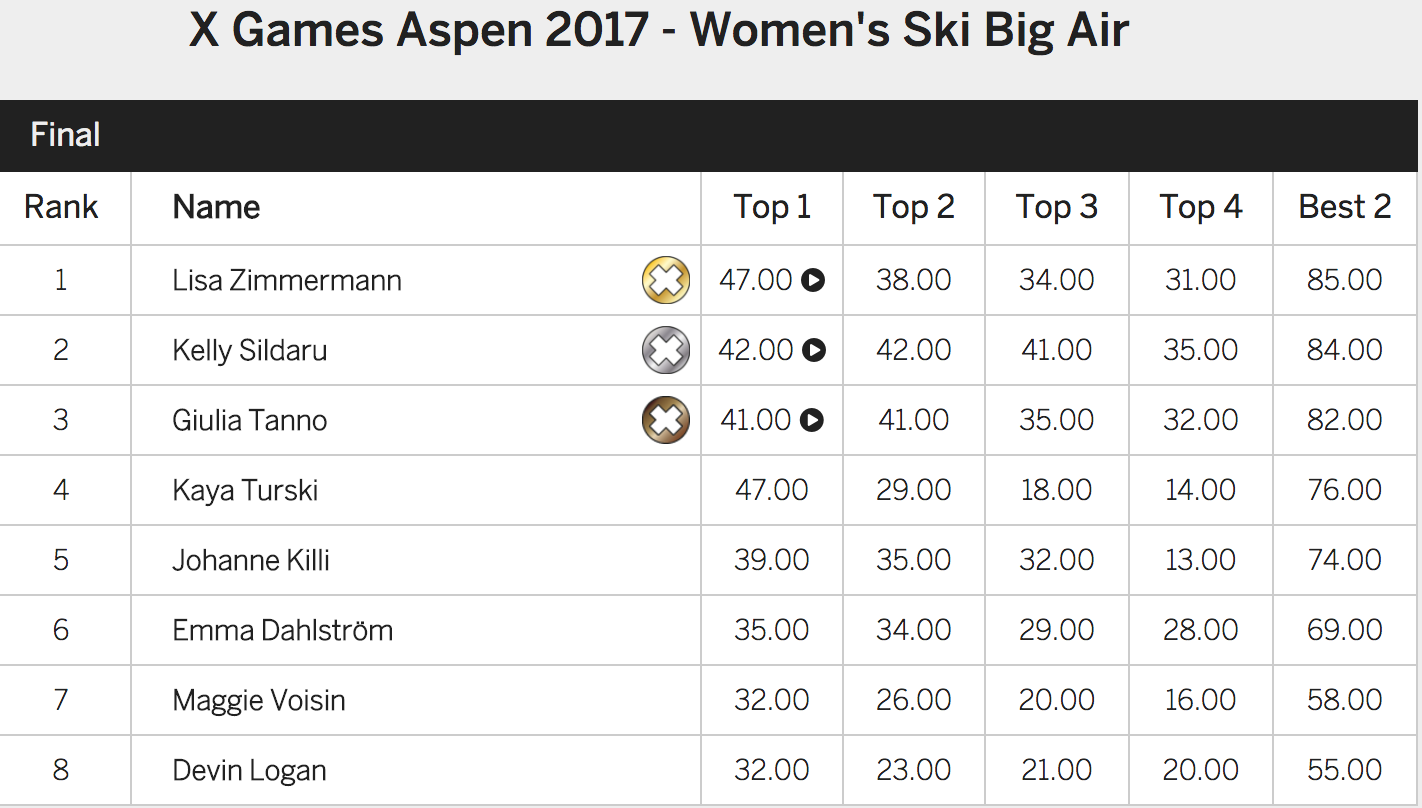 After the girls, it was time for the boys to throw down. Firstly, we would like to wish Luca Schuler all the best and a speedy recovery, we certainly hope you gonna be back on your feet soon buddy. Luca went down hard on his first run, attempting a triple cork 14, crashing and knocking himself out in the landing!

James Woods put on an absolute clinic tonight stomping a huge triple 14 safety going all the way to the moon, besides he also stomped a kick as switch triple 14 octo, making him the first ever skier from Great Britain to win a X-Games Gold Medal. Henrik Harlaut came out swinging with a casual nosebutter double 12 blunt, followed by his signature nosebutter triple 16. Also throwing down a huge switch triple 14, Henrik took home a well deserved Silver medal. Being a hot candidate for Big Air Kai Mahler had a little bit of trouble putting down is absolutely massive carving triple cork 16, going way beyond the sweetspot. Nevertheless, Kai managed to put down a clean triple, followed by a massive tweaked out switch double bio 12 mute, giving him another bronze medal once again. Bobby Brown, once again went stratospheric with huge switch and forward triple corks, placing him in 4th. After a injury sustained during last years X-Games Big Air Elias Ambühl came out the gate swinging, with nice switch double cork 14 tail grabs and also a massive triple cork 16. 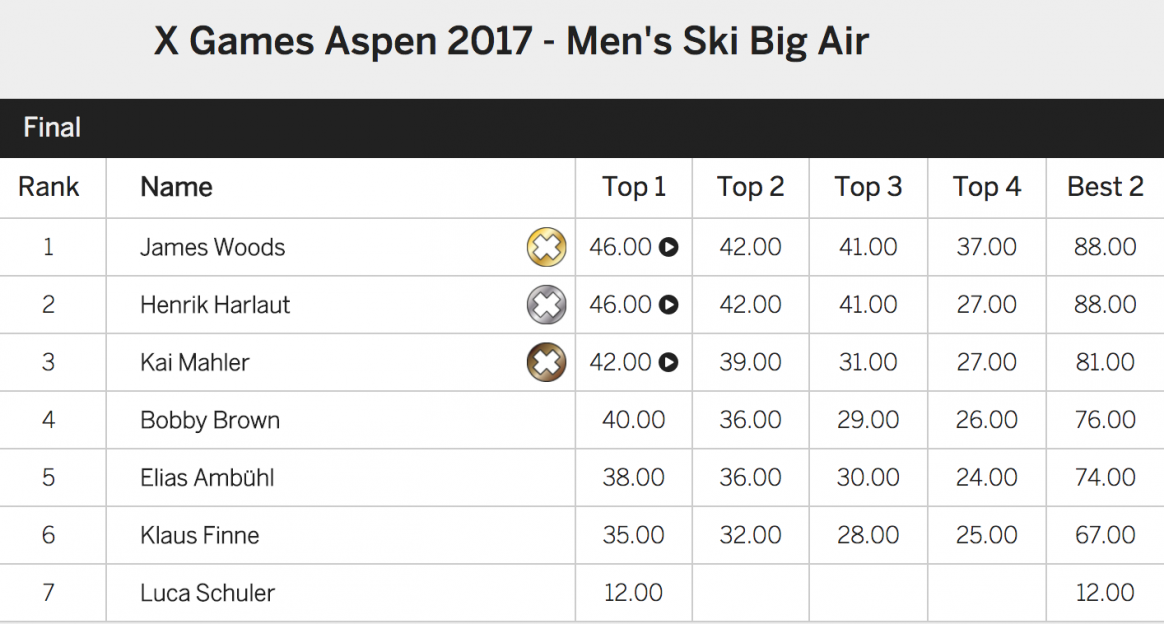 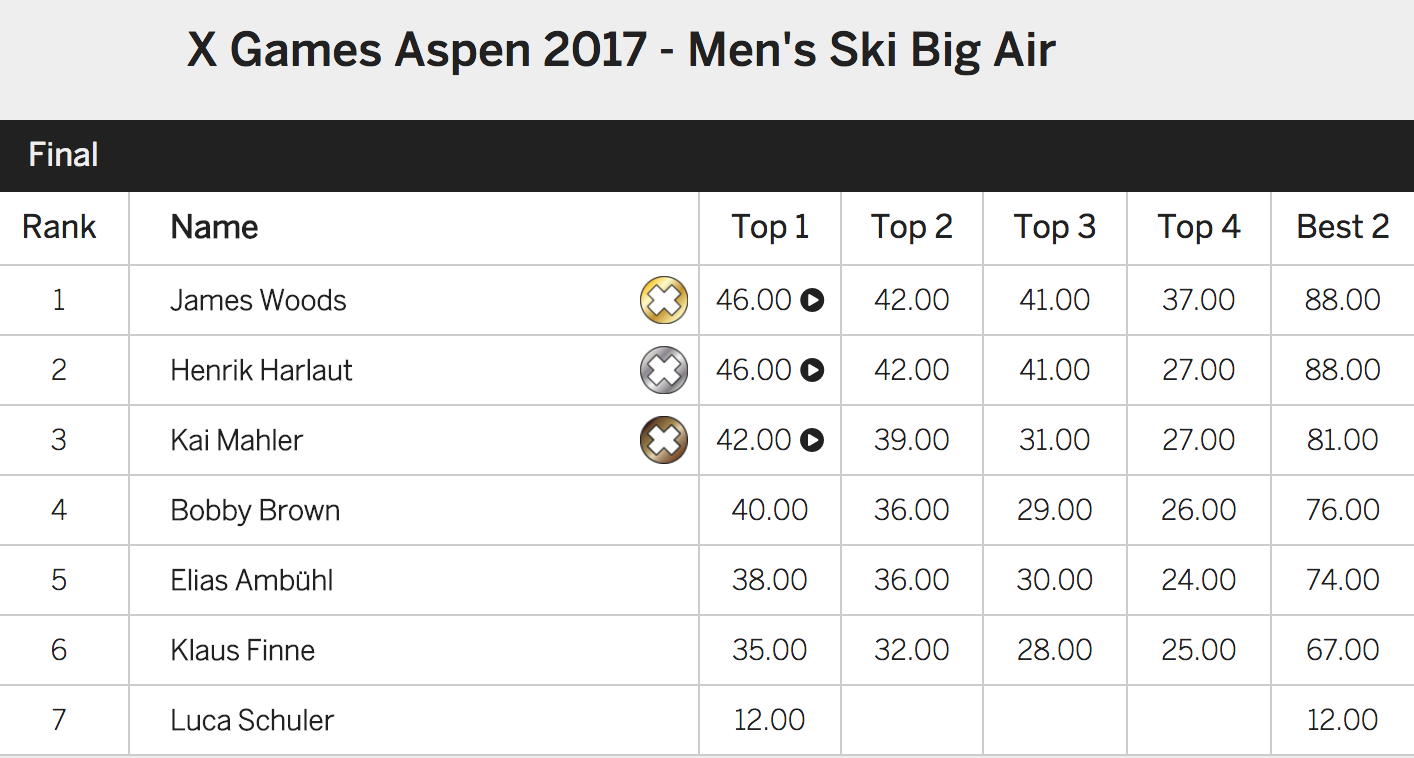 A new edit with Kim Boberg!

A new edit with Kim Boberg!