X Games Norway 2017 Slopestyle finals are officially in the books. The night kicked off with Woman’s Slopestyle Ski finals. Unfortunately the speed was still a huge issue. Kelly Sildaru even dropped out of the competition due to the speed issues. The 1st run of the Woman was honestly very sad to watch with only about 2 girls completing there runs. It is still not clear how a competition as big as the X Games can build a course which can result in speed issues as big as they were. Given that even in Aspen, there have been speed issues again and again throughout the years the X Games should have learnt their lesson by now….

None the less the competition went through as scheduled and in the end it was Norwegian Johanne Killi taking the top spot in the Woman`s Slopestyle ski competition. Followed by young gun Tess Ledeux and Devin Logan in 2nd and 3rd place respectively.

After the girls it was time for the boys to throw down. Unfortunately Jossi Wells suffered an injury in practice prior to the event. Evan Mceachran was fortunate to take his place and kick of the finals under the lights. Even though, Evan was not able to put his runs together crashing twice on a switch double rodeo 10 on the very last jump, due to speed issues. Both his runs were very solid and clean until this point.

Andri Ragettli, Gus Kenworthy and Joss Christens were unfortunately not able to show their top runs for the night, either due to crashes or minor mistakes in their runs.

In the end McRae Williams took 4th place with a clean run and a huge switch double cork 1440 blunt on the very bottom jump. James Woods was able to sneak into 3rd place with a solid performance and Woodsy like grabs. 2nd place went to Nick Goepper, who put down a solid 1st run not only on the rails but also the jumps.

Norway will most probably be the happiest country tonight as Oystein Braaten was able to get back to back golds, and also the 2nd Norwegian Gold medal of the night. He came out swinging with super clean and technical rail tricks, followed by a huge switch double cork 12 leading tail and a sick double cork 9 on the money booter. 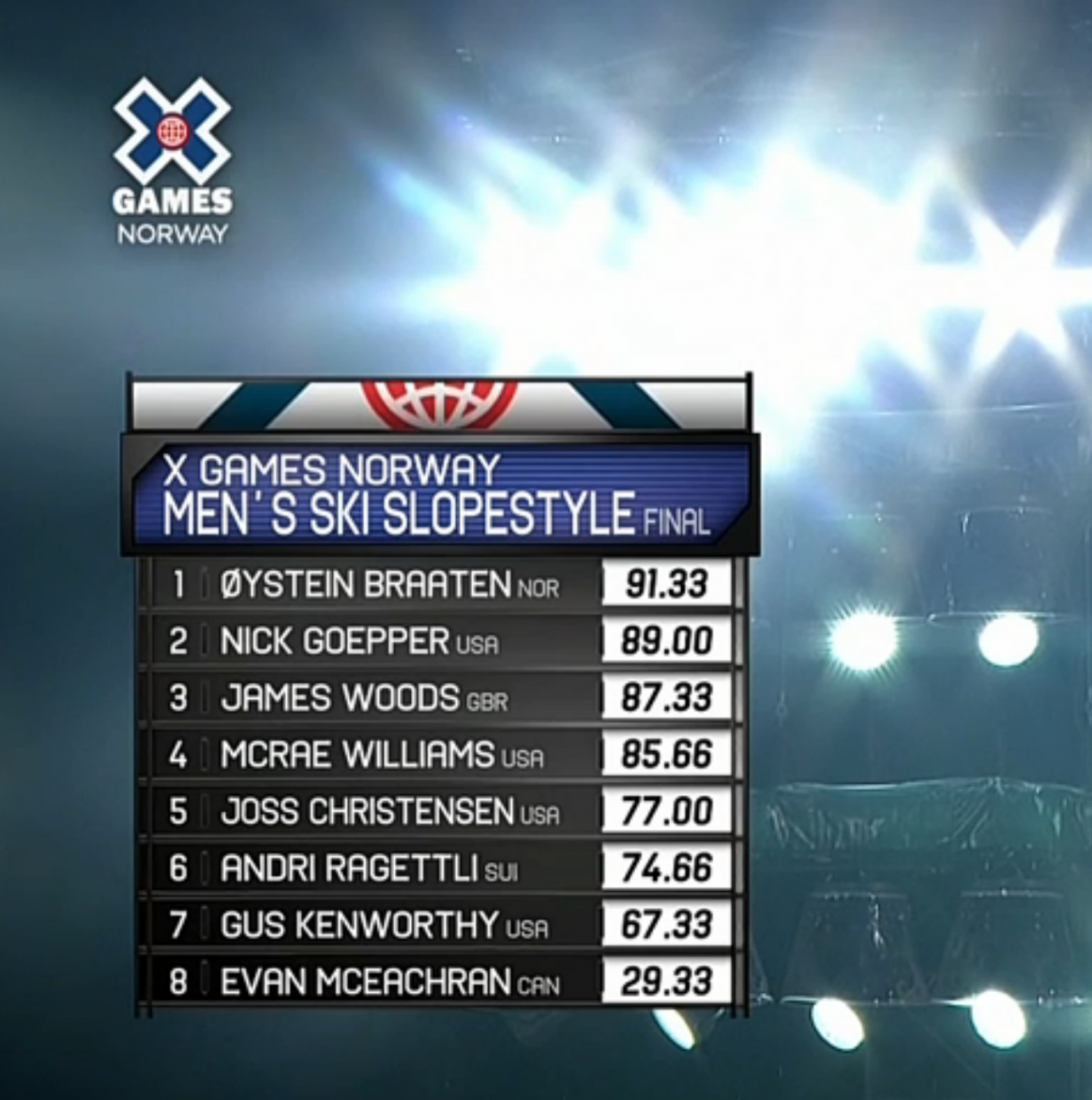 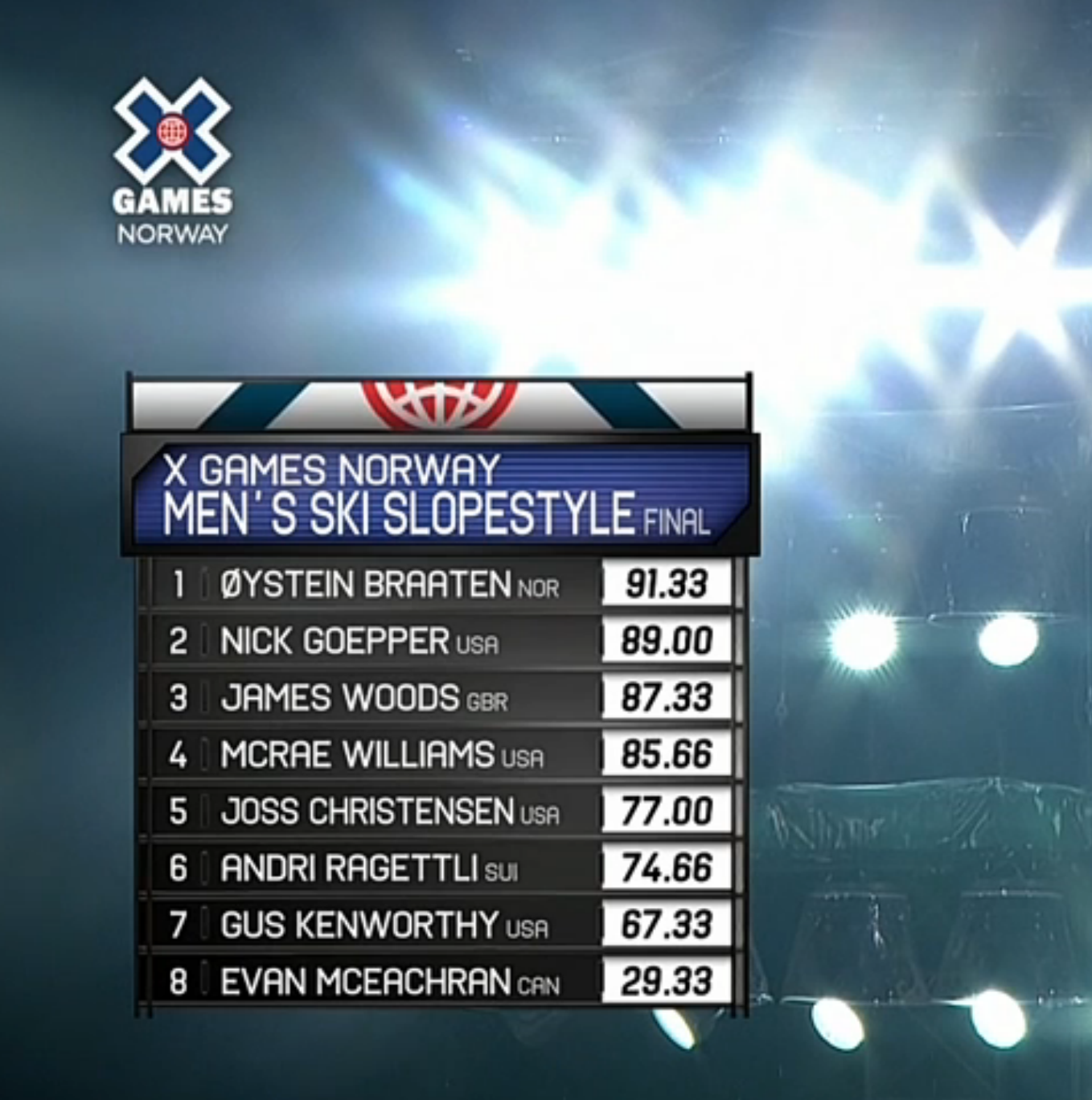 Congratulations to everybody who put down a solid show tonight, even though the circumstances and conditions where not what most people where hoping for!