All pictures are courtesy of QPARKS I Christian Riefenberg


Last weekend numerous highly motivated riders fought a mega-battle at the Penken Park Mayrhofen. The 3rd stop of the QParks Tour – the Penken Battle – had everything one would expect from a freestyle contest: phat beats, free lunch and drinks, riders from a whole bunch of different countries, a first-class neatly shaped setup and – of course – sick slopestyle action! 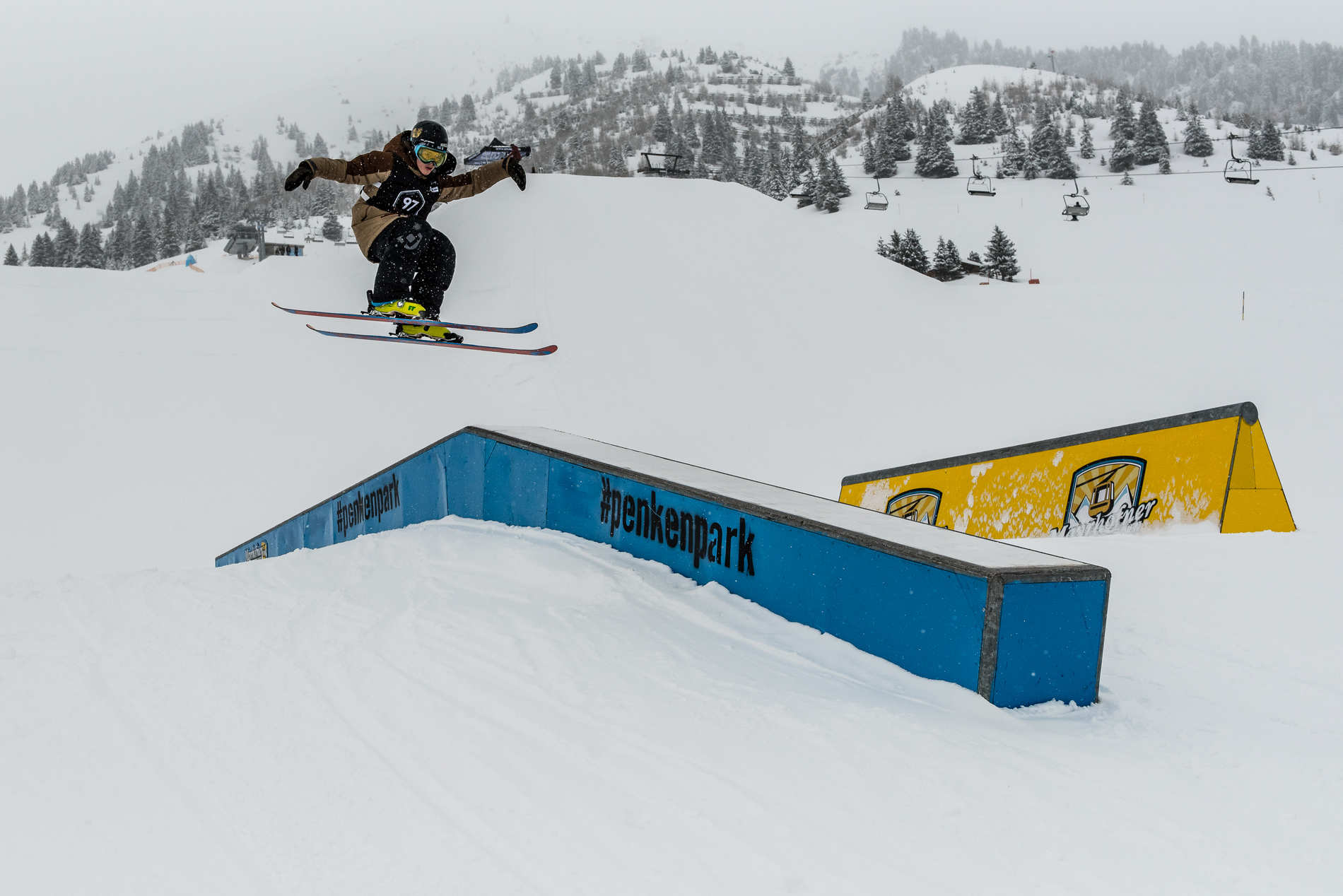 Despite all that, the weather wasn’t looking great at all: Already in the morning it was snowing – and it kept on snowing for the rest of the day. However, for the participants of the Penken Battle no reason to stay away from the contest. Even though there was no final run due to heavy snowfall, the shread heads made for an awesome slopestyle contest at a high level and a crackin’ freestyle party. 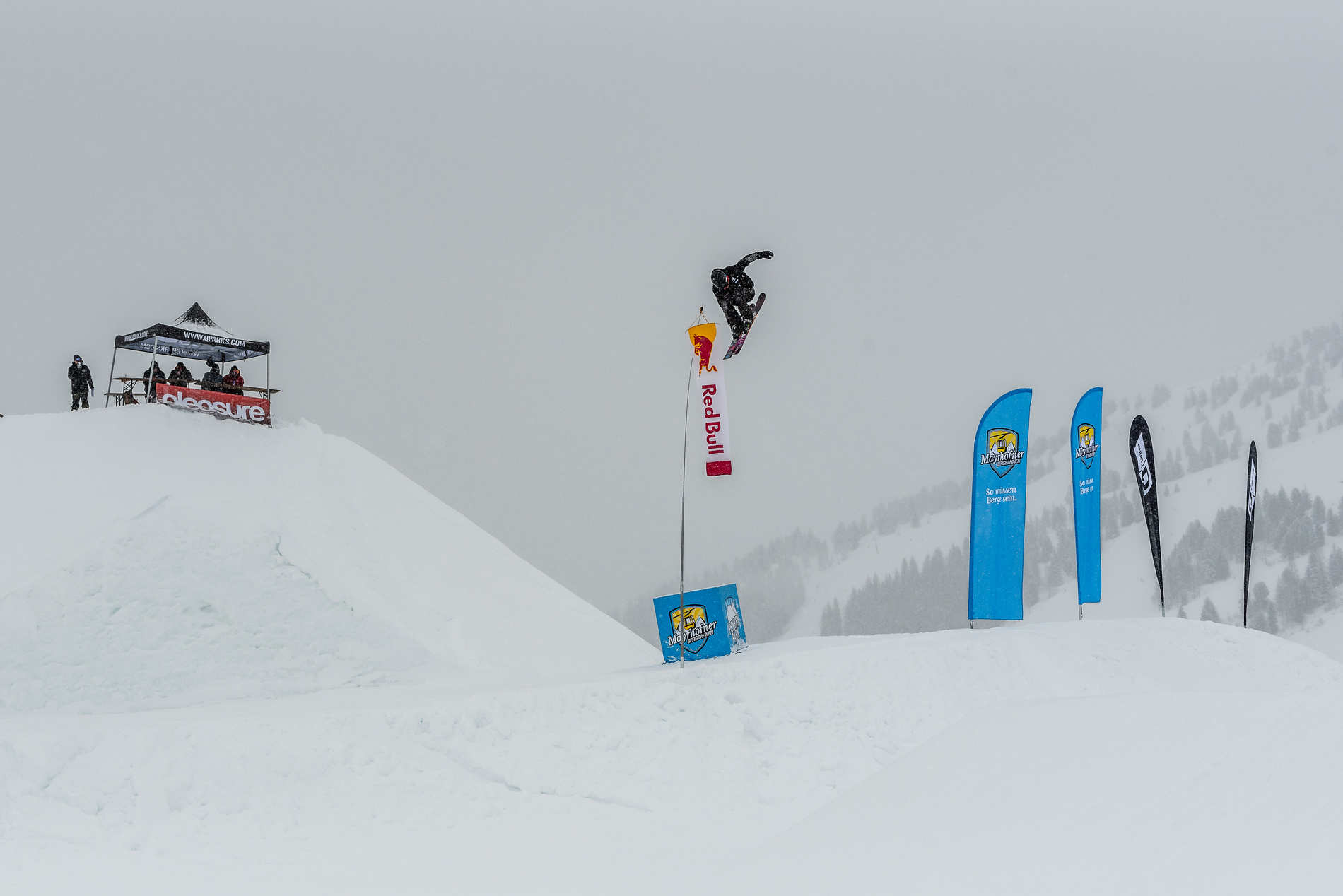 On the Winner’s Podium

The freeskiers showed the judges some of their sickest tricks. In the category Freeski Men, the Finn Petolo Simo (FIN) shredded with a Disaster 450 on 270 out onto the podium’s first step and thus got himself 150€ and a goodie bag. Bojan Stankovic (DE) came in second, followed by the third Manu Gander (AUT). The young Austrian Hannes Rudiger (AUT) convinced the judges with a Left Cork 720 Blunt and won the Best Trick Award worth 100€. The 14-year-old Austrian Selina Jäger (AUT) from the Tyrolian Ski Association (Tiroler Skiverband, TSV) that participated in the event as team, was able to take the first place in two categories at once, namely in the category Freeski Ladies and in the category Grom Ladies. She was followed by Nadien Cassar (AUT) and Victoria Ressel (AUT) in the first category and by Greta Staudacher (AUT) and Silje Kinkead (AUS) in the other. Elias Wecher (AUT) led the category Grom Men. Daniel Bacher (AUT) and Nico Hauzenberger (DE) finished second and third. 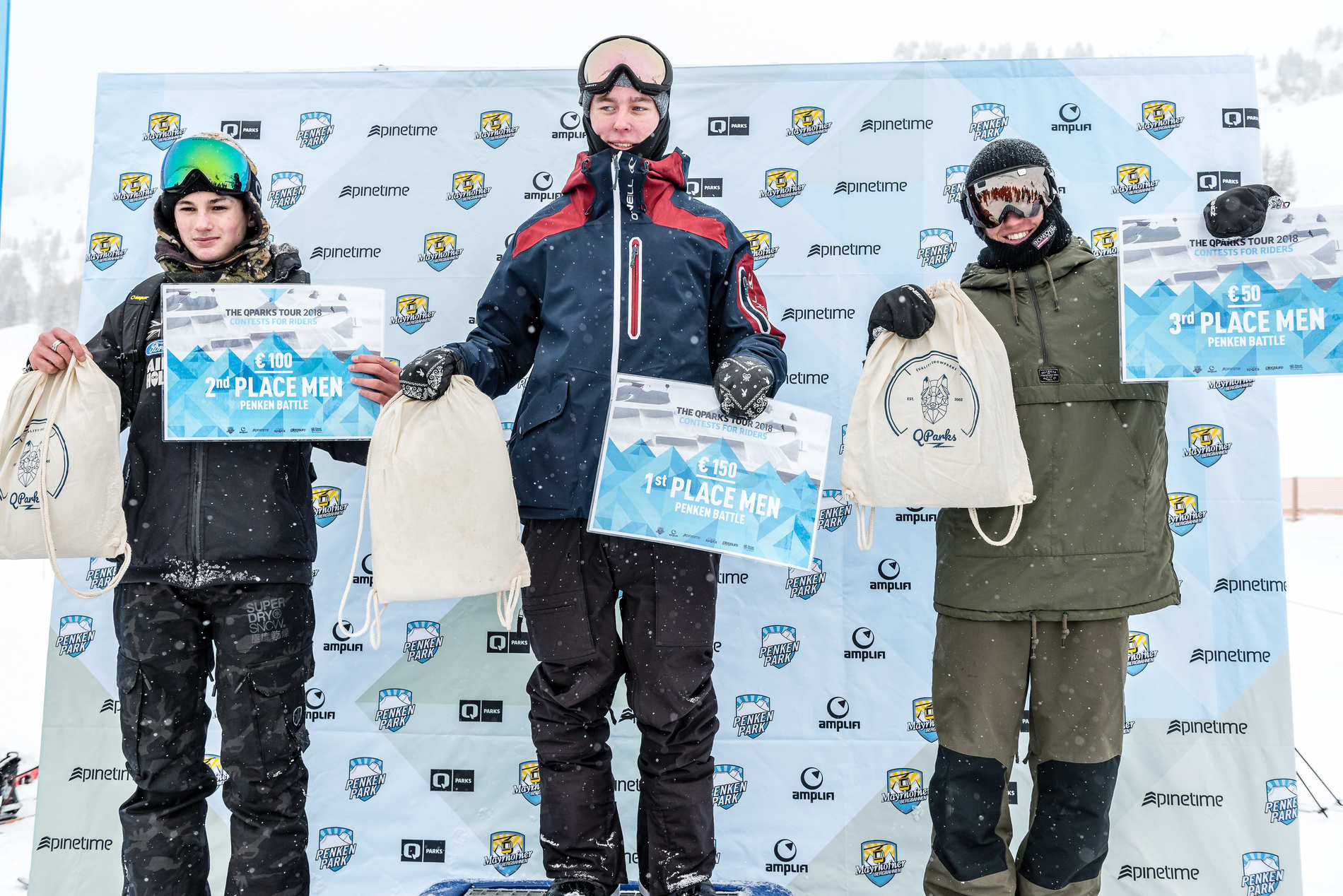 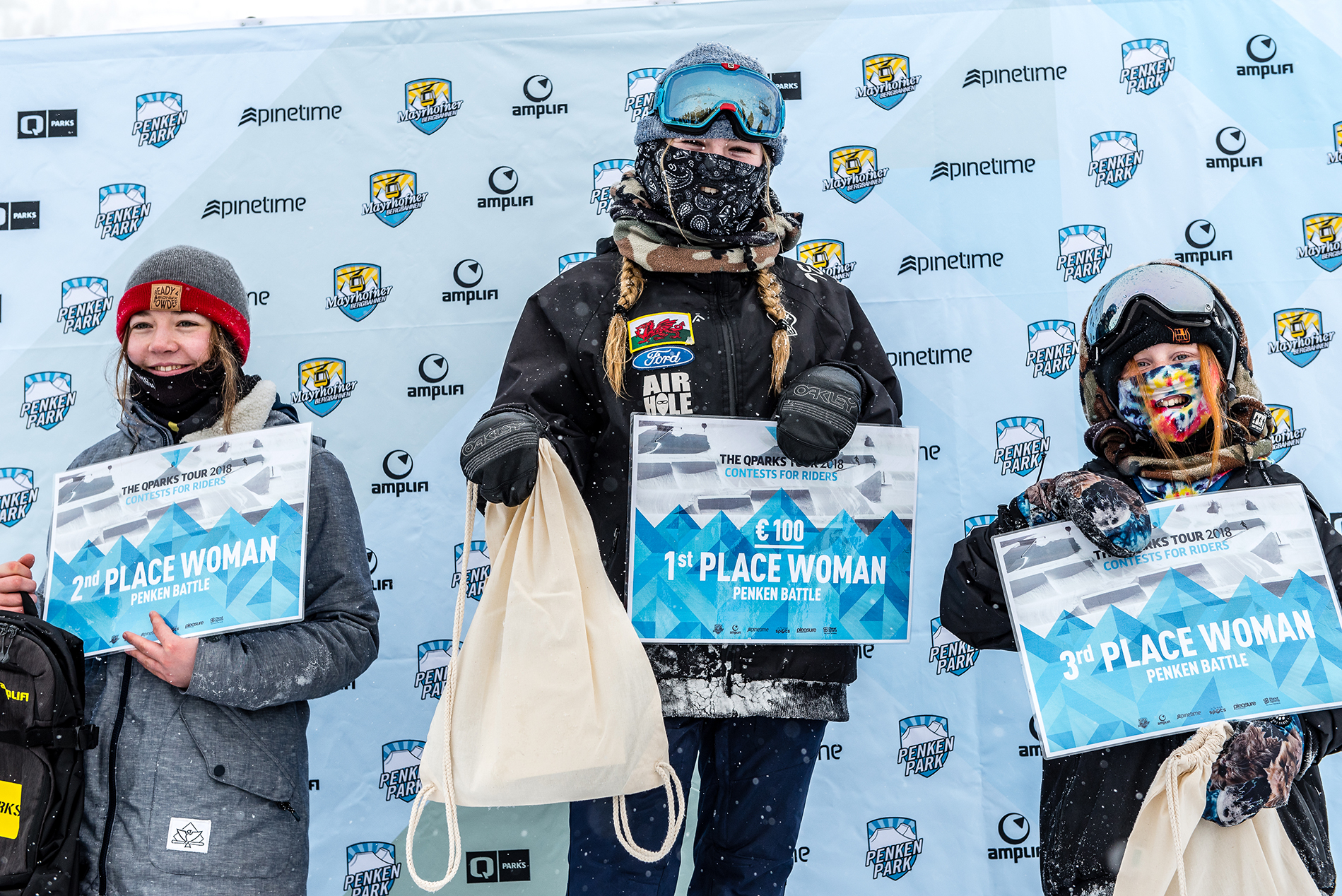 At the Penken Battle there was more to celebrate than just the contest itself because there were two birthday children! First one was the Penken Park Mayrhofen itself, which is celebrating “20 years of Penken Park” this season. The second jubilee is QParks, celebrating “15 Years of Freestyle” and thus 15 years of Quality Snowparks. To mark the occasion, a big fat chocolate cake was served to all participants.