We gasped, we grimaced, and sometimes we griped as the 26th edition of the action-sports whirlwind known as X Games did its thing last weekend in Aspen, Colorado. After hours of late-night livestreaming, we’ve got full coverage of all of the skiing events right here on Downdays. Here’s an overview of the action that took place over the weekend. 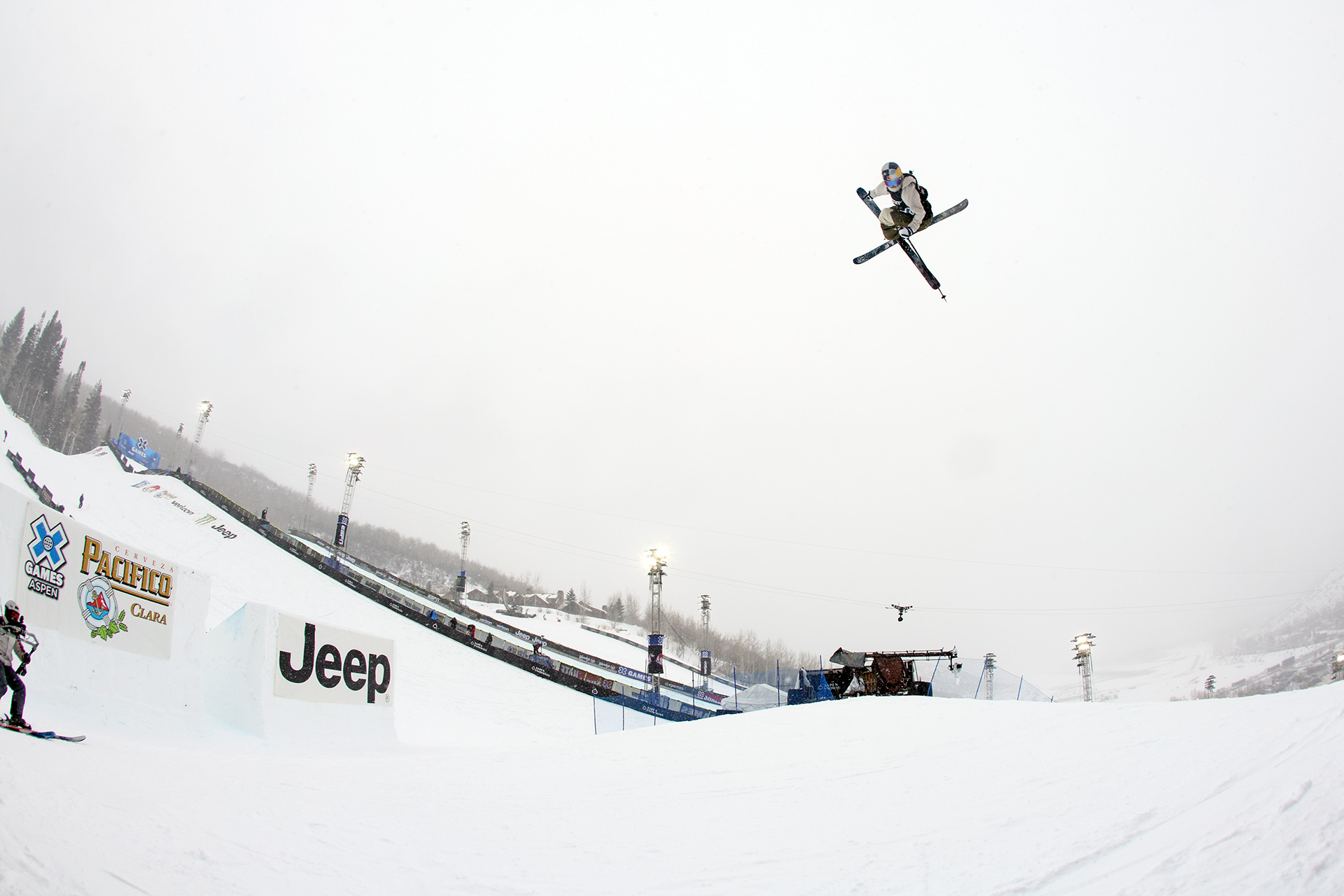 The weather wasn’t playing along on Friday, but the women of Ski Big Air didn’t give a hoot. The eight competitors served up a send-fest that saw Tess Ledeux rise to the top thanks to her groundbreaking cork 1620 tail, a never-been-done in women’s competition. Megan Oldham skied to second place with double cork 12s in both directions, while last-minute addition Olivia Asselin fought her way to the bronze medal with a stylish double flatspin 900 and a double 12 of her own. See the full recap, results, highlights and podium tricks from Women’s Ski Big Air. 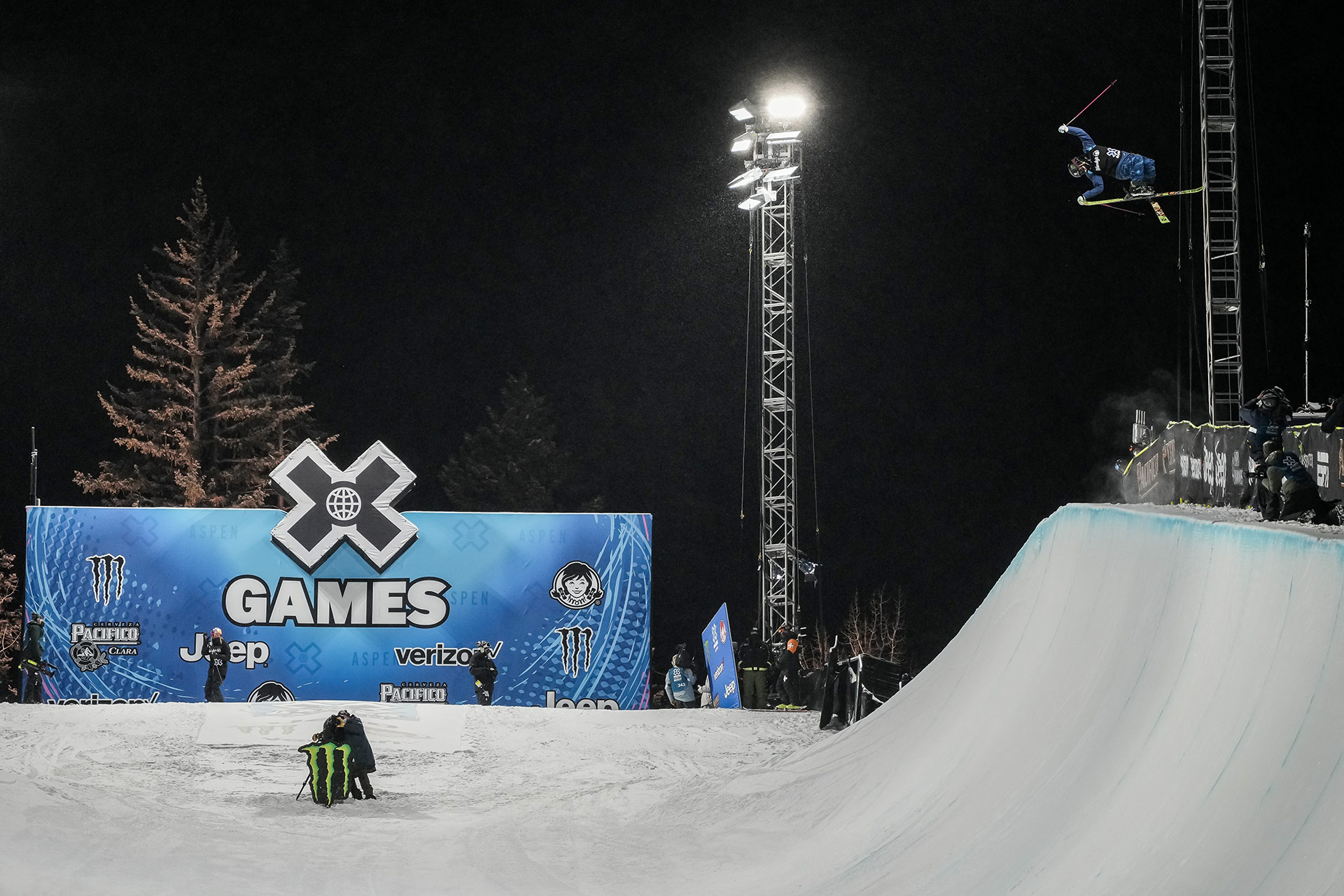 Even though some of the heaviest hitters in women’s pipe weren’t around to contest the podium, a hungry pack of competitors still showed up to fight for the hardware. American Brita Sigourney put on the performance of her career with a massive cork 1080 mid-run to earn the silver medal, while her Team USA teammate and X Games rookie Hanna Faulhaber soared to new heights on her amplitude-heavy run for the bronze. The winner of the day, however, was the Estonian wunderkind herself Kelly Sildaru, whose unmatched technical prowess pressed all the right buttons in the judges’ booth. See the full recap, results, highlights and podium tricks from Women’s Ski Superpipe. 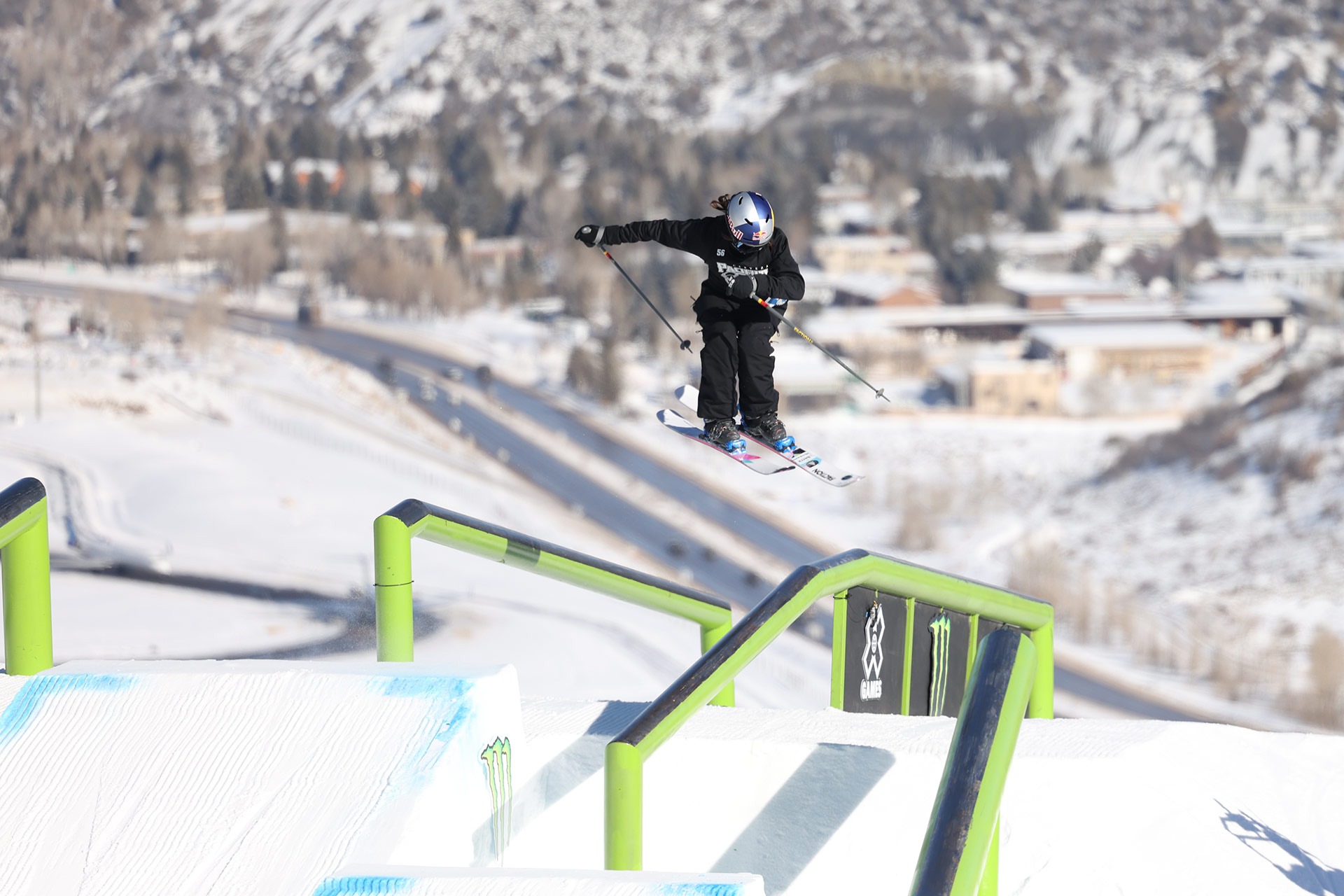 A day after she cleaned up in Big Air, Tess was back in action on the slopestyle course, putting down a picture-perfect run to earn her first slopestyle gold medal—making her the first ski woman to win both Big Air and Slopestyle at a single X Games. Swiss miss Mathilde Gremaud took the silver medal, while Megan Oldham scooped up the bronze. See the full recap, results, highlights and podium runs from Women’s Ski Slopestyle. 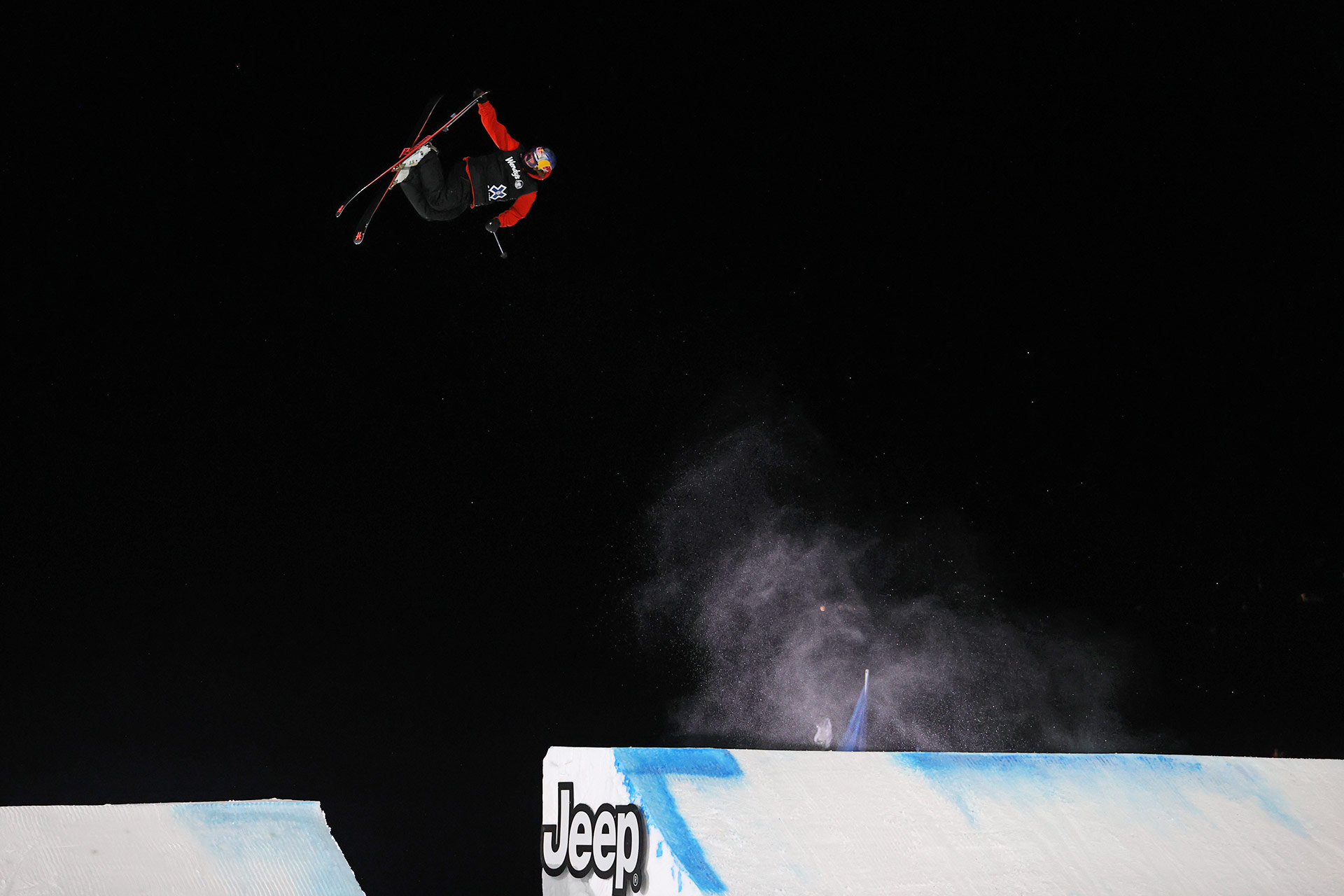 Mac Forehand on his way to the silver medal. Photo: Gabriel Christus/ESPN Images

This was without a doubt the highest-level big air contest in history, with corks up to quad and spins into the future. It was also one of the more controversial, as the X Games’ inconsistent judging format put itself on blast with a few eyebrow-raising calls. At the end of the day, Alex Hall claimed victory with a spin-to-win strategy, nailing a forward double 1980 and a switch double 2160 with his signature buick grab. Mac Forehand skied to second place with giant double corks of his own, and Teal Harle rounded out the podium. We thoroughly enjoyed the show, but had a few choice words for the X Games organization on this one. See the full recap, results, highlights and podium tricks from Men’s Ski Big Air. 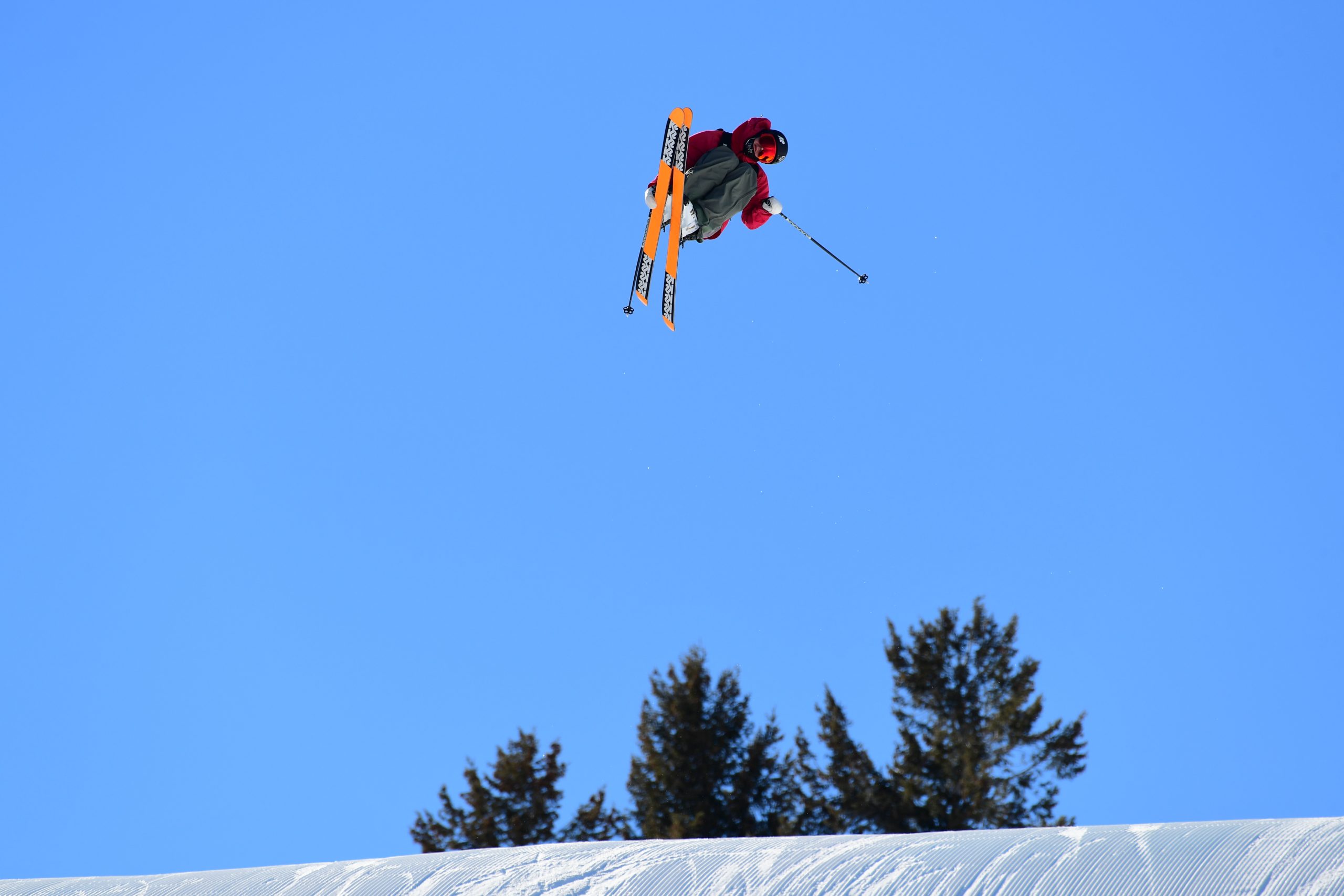 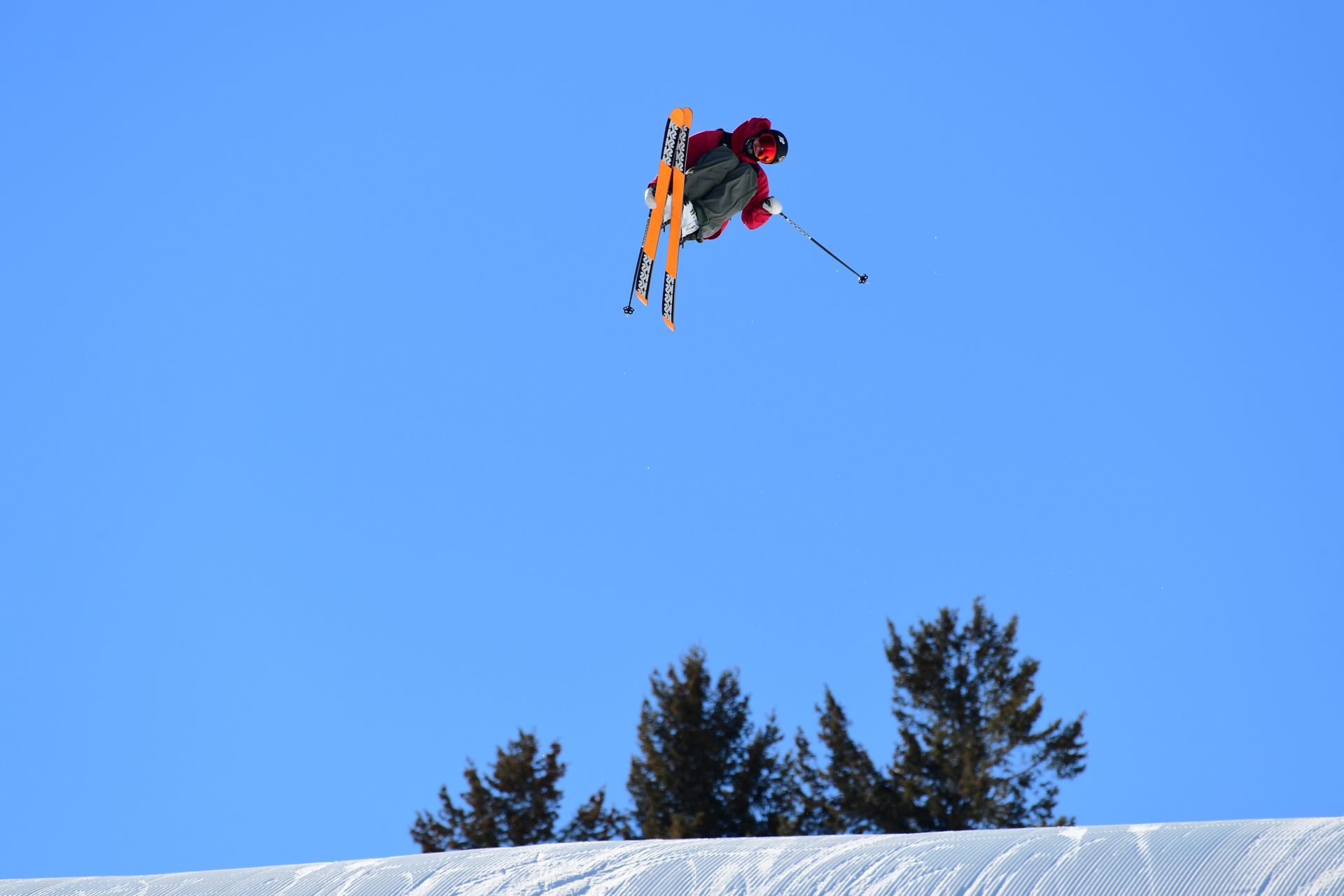 Men’s Slopestyle: Something seems off

Maybe it’s just me, but something seemed off at the men’s slopestyle contest. Maybe it was a lack of training time, funky snow or just pre-Olympic jitters. But this contest was marked more by the runs that didn’t make it than the ones that did, with over half of all attempts ending in crashes or throwaways. In this battle of nerves Andri Ragettli proved the victor, showing he’s fully back in action physically and mentally after a knee injury just last spring. Max Moffatt collected the silver medal, while Alex Hall bagged the bronze. See the full recap, results, highlights and winning runs from Men’s Ski Slopestyle. 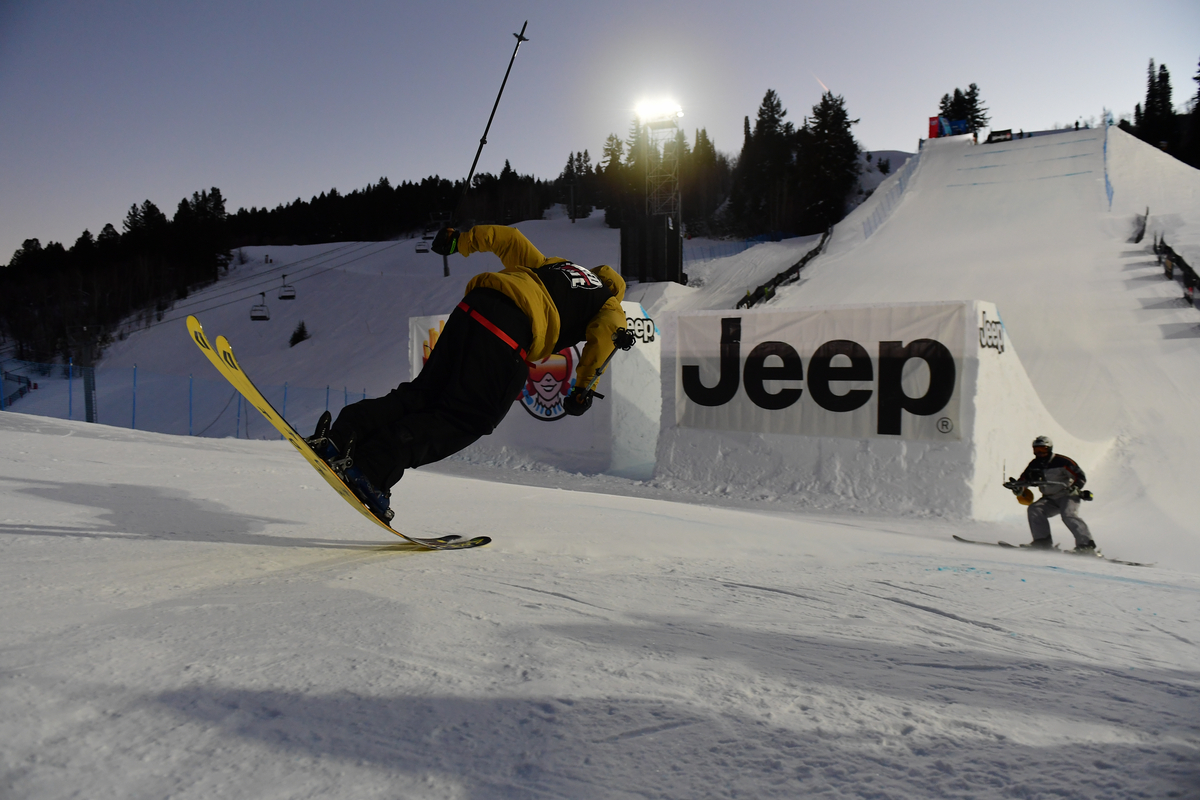 After the whirlwind contest action and drama of the preceding contests, the Knuckle Huck was a welcome respite from the madness. As always, a gang of style-minded street and film skiers joined the posse for a good old-fashioned knuckle-bashing session. Quinn Wolferman walked away with the gold, while Jake Mageau and Alex Hall also collected some hardware. See the recap, results, highlights and winning tricks from the Ski Knuckle Huck. 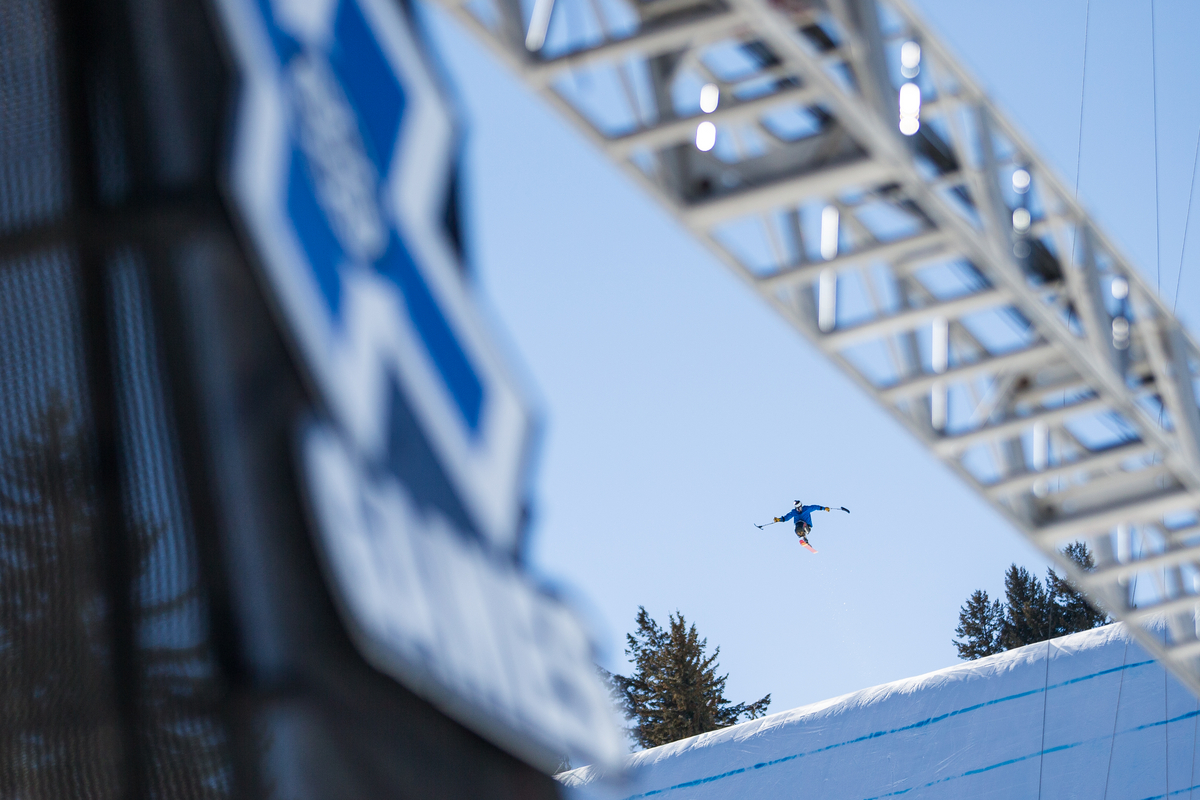 Interlude: Trevor Kennison steps up to the big air jump

In a special addition to this year’s regularly scheduled contests, adaptive ski athlete Trevor Kennison stepped up with a bold mission: to become the first sit-skier to hit the X Games Big Air jump. After crashing on his first attempt, Trevor went back up for another go, and would have stomped it if not for an unfortunate equipment malfunction. We’re already looking forward to his return next year and some sweet, sweet redemption. See Trevor’s historic attempt. 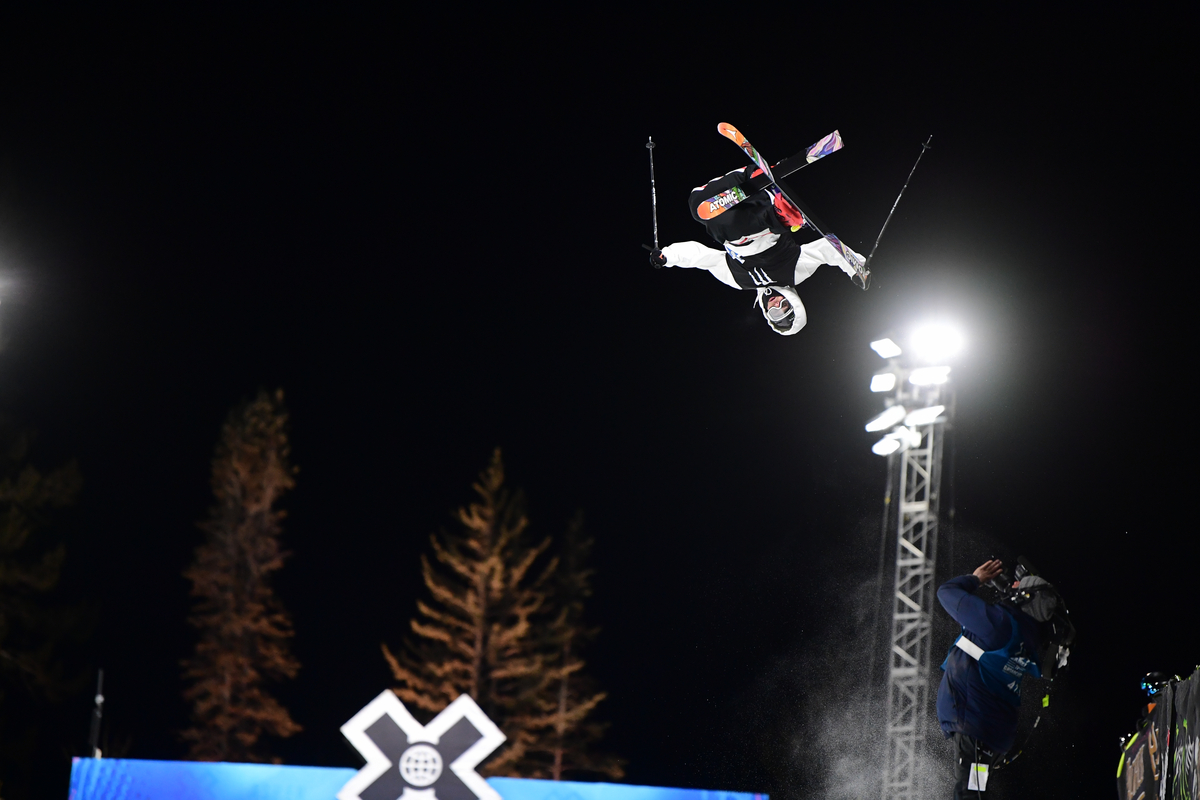 Men’s Ski Superpipe: A Throwdown for the Ages

The men’s ski halfpipe contest holds a special place at X Games as one of the weekend’s traditional highlights, and this year certainly did not disappoint. The level was off the charts as nearly every competitor put down a noteworthy run. Aaron Blunck locked in the silver medal with all four doubles in a highly technical run, while halfpipe veteran David Wise showed he’s still a master of his craft with a bronze medal performance. But the man of the evening was Nico Porteous, who was able to put together all the pieces for a halfpipe run that’s undoubtedly the most technical ever landed. See the recap, results, highlights and winning runs from the Men’s Ski Superpipe.

That’s it, that’s all from the 2022 Winter X Games. We hope you enjoyed our coverage, and we hope you’ll join us in harassing the X Games organization until next year with this simple list of requests: Bring back qualifications. Bring back scored judging. And don’t rush your contest for TV audiences—there has to be enough time for judges to give a score and for fans to enjoy a replay. Is that really too much to ask for?

Saves the dates: The countdown begins for the 2016 Freeride World Tour

Saves the dates: The countdown begins for the 2016 Freeride World Tour