Back in 2020 when the X Games first dropped scored judging in favor of “overall impression,” I penned an article called “THE X GAMES’ NEW JUDGING SYSTEM IS A STEAMING PILE OF COW DUNG.”

I stand by that opinion today. And with the controversial results of last night’s men’s Ski Big Air, the chickens have well and truly come home to roost. I can’t imagine that the X Games can continue with their flawed format after this hot mess of a contest.

Then again, the opinions of fans, athletes and critics like myself don’t seem to have much influence on the decisions being made. Who knows, maybe this is exactly the result they want. After all, controversy makes for excellent entertainment.

Speaking of entertainment, there’s no denying that the eight Big Air finalists put on one hell of a show last night. (Actually, I should call them “invited riders” rather than finalists, because there hasn’t been a qualifying round at X for the last two years.)

At least four tricks went down that have never been seen in an X Games Big Air before. Multiple riders landed tricks they’ve never attempted before. The level was off the charts, and it was truly exciting to see the leaderboard change in a rapid fashion. And yet, we’re still left with a bad taste in our mouths due to the inexplicably vague format. It doesn’t have to be this way.

Let’s focus first on the positives. Alex Hall landed a switch double cork 2160 buick—a never-been-done-in-a-contest trick—and a forward double cork 1980 buick to clinch the gold medal. A-Hall thus becomes the first man to put down a real “future spin” (a spin with a degree count above the current year) in a contest. He’s also the second skier to do it at all, after Kuura Koivisto landed the first 2160 last spring.

Second place went to X Games Big Air rookie Mac Forehand. Forehand had some of the biggest, cleanest airs of the night—no squirreling or squeaking out landings here, just massive sends. His top scores were logged with a left double cork 1980 blunt and a switch left triple cork 1800 mute. The bronze medal went to Canada’s Teal Harle, who put down a triple cork 1980 safety and a switch triple 1800 mute.

The most obvious bummer of the evening was Evan McEachran’s scary crash. After struggling on his first two jumps, McEachran lost control in the air on his third hit, doing one-and-a-half corks to his back halfway down the landing. Incredibly, he popped right back up after the brutal slam, apparently without serious injury. However, he didn’t return for the latter half of the contest.

How Evan McEachran got up after that second fall, I will never know. This man is a beast. Photo: Gately/ESPN

Now we arrive at the judging controversy. X Games rookie Matej Svancer apparently posted the two highest trick scores of the night: a 48 for a nose butter triple cork 1980 safety, and another 48 for a nose butter double cork 1980 japan. However, the judging system that requires “two different tricks” apparently only took one of these high scores, and Matej was scored instead with the 39 on his switch quad 1620—another never-been-done in X Games skiing. His overall total score of 87 kept him in fifth place, and left onlookers such as myself wondering, “How is a double cork and a triple cork considered the same trick?” 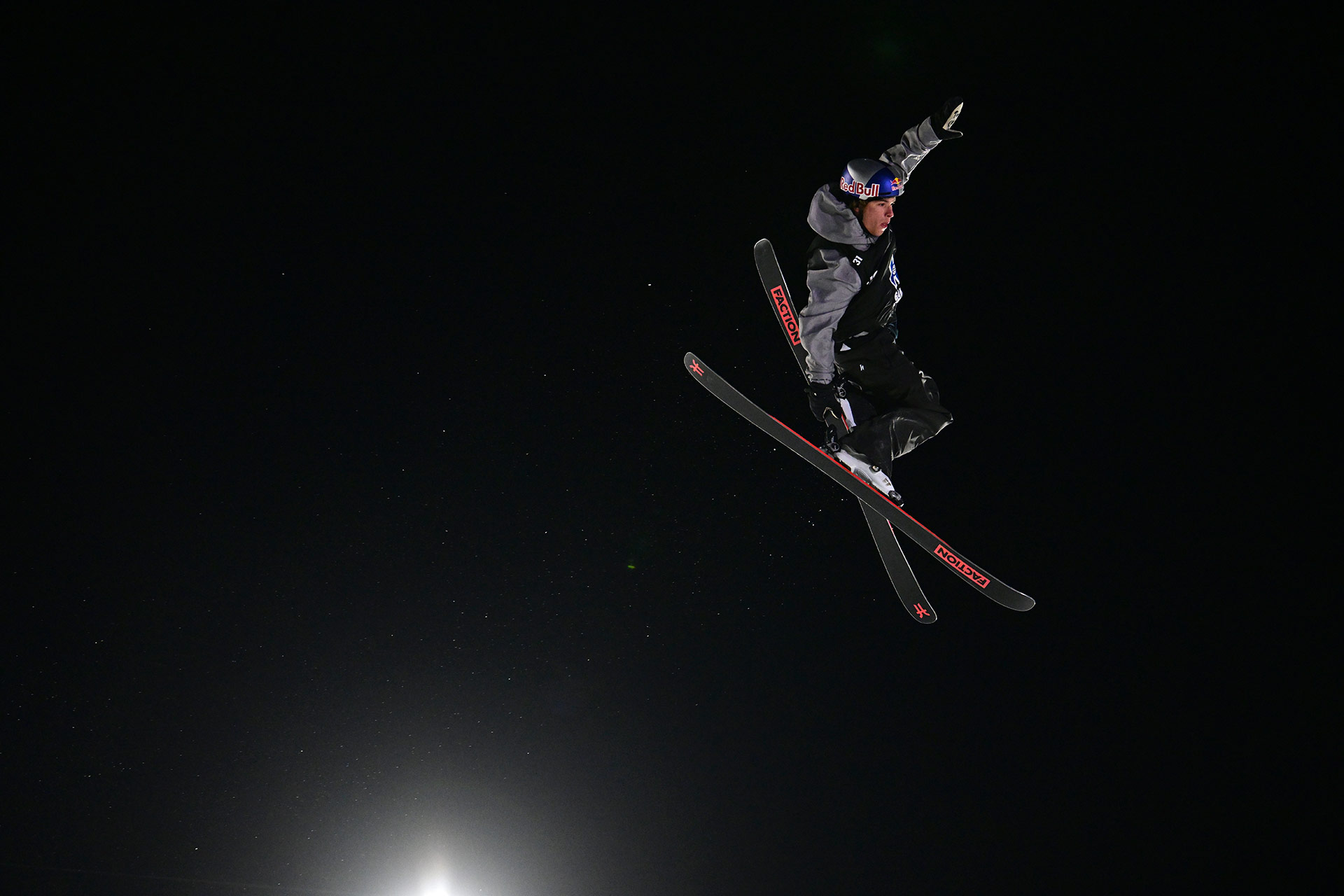 I'm not a Matej fanboy, but the judges' decision to throw out one of the night's highest scoring tricks leaves a lot of questions open. Photo: Gately/ESPN

The plot thickens when we we look at Colby Stevenson’s scores. Stevenson also did a forward left double (1980 with a cuban grab) and a forward left triple (1620 safety), and both scores were counted towards the overall. What gives? What’s more, Stevenson also landed a triple cork 1620 tail—yet another contest never-been-done—but apparently did not improve his score from the same trick with a safety grab. Color me confused. 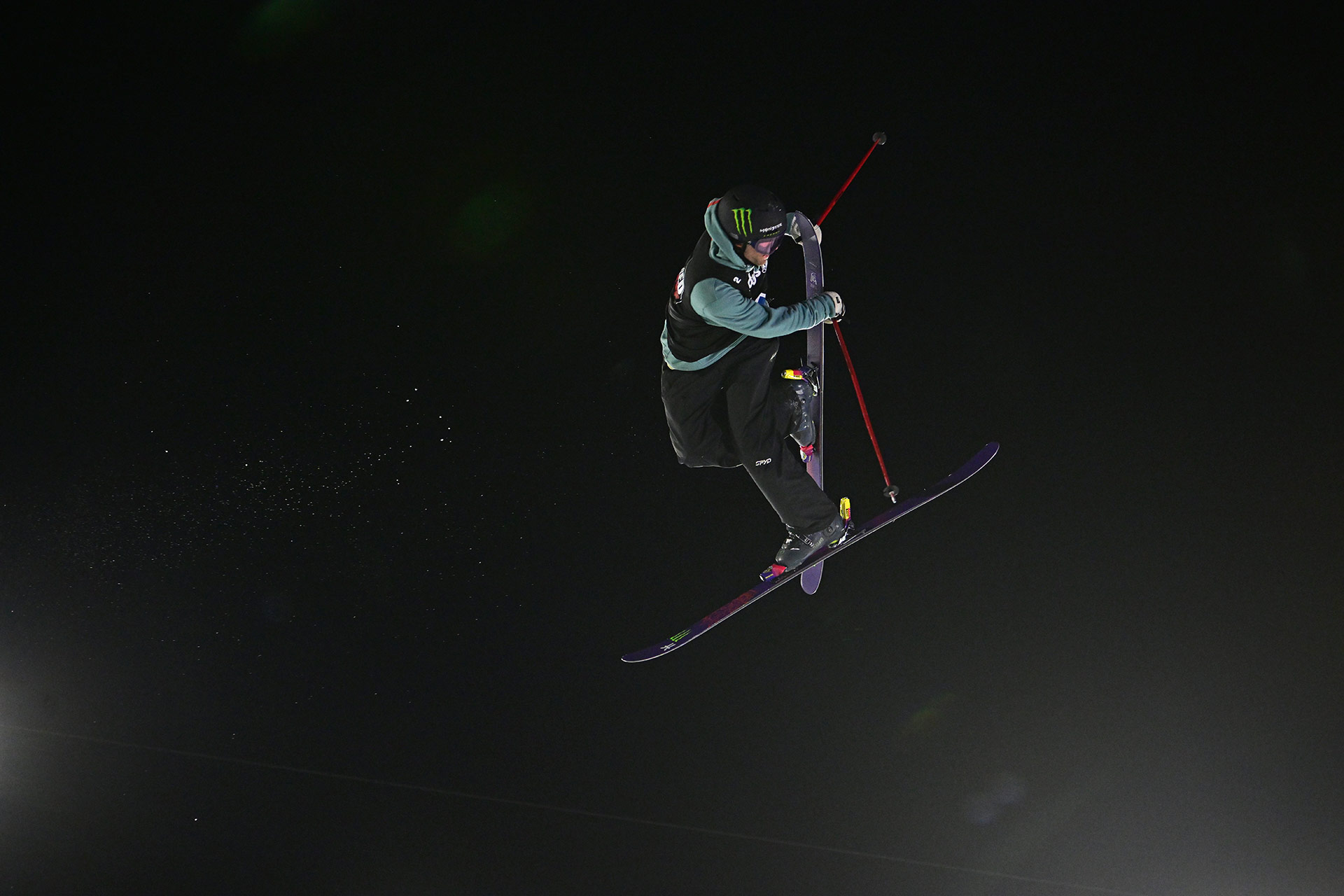 No doubt, A-Hall killed it out there. But how much longer will judges reward his signature buick grab with huge scores? It's been, what—five years now? Photo: Gately/ESPN

I can’t finish this article without shouting out Eduard Therriault, who might have been the most entertaining rider of the night. Edjoy stomped a mind-boggling switch double bio 1800 buick and a forward triple cork 1800 mute, and just missed the podium behind his Canadian teammate Harle. 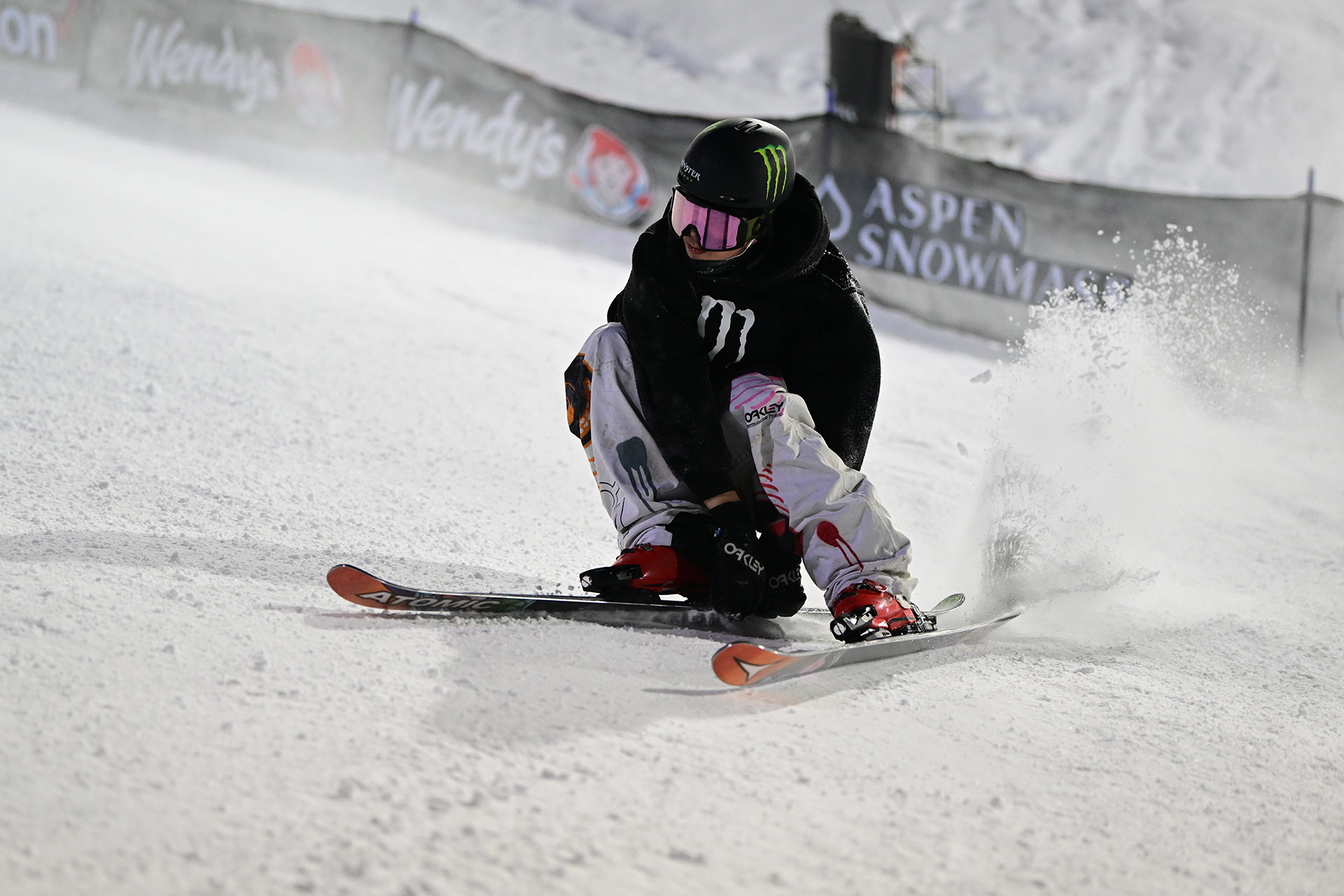 Eduard Therriault: entertaining both in the air and in the finish corral. Photo: Gately/ESPN

Fresh off a lightning-fast recovery from a knee injury last March, defending X Games Big Air champion Andri Ragettli struggled to land his triple cork 1260 bringback, and ended up spending most of the contest wrestling with that trick. After finally nailing it on his fourth try, he didn’t have enough time to dial in his next hammer, a switch triple misty 1980.

The powder has settled on yet another exciting and controversial X Games Big Air that leaves us with more questions than answers. For me at least, it’s clear that something is rotten in the state of X Games. I’ll be looking more into the decisions that have produced this flawed system, and what can be done to change it for the better.