A Decade Of Tanner Hall

A Decade Of Tanner Hall

One of skiing’s most polarizing figures, Tanner Hall is an undisputed legend of the sport. Here’s a ten-year recap of the Ski Boss

With winter coming up fast and ski fever starting to spread, we’re looking back at the last ten years of some of the sport’s most influential figures. First up is none other than the Ski Boss himself, Tanner Hall.

2005 : If you’re young, you might think of pillow lines and powder skiing when you hear Tanner’s name. But Tanner started his career as a competition machine, dominating slopestyle, halfpipe and big air events – especially the X Games, where he won eleven medals including seven golds.

2006: The film “Show & Prove” follows Tanner and C.R. Johnson through the season, showing an intimate look into the highlights and the lowlights of Tanner’s life.

2007: Do you remember the epic yearly halfpipe battles between Tanner and Simon Dumont ?

2008: A huge segment in Poor Boyz’ « Reasons » with his friend Sammy Carlson.

2009: Moving more and more into freeride, Tanner proves his mettle in the big-mountain mecca of Alaska with TGR.

2010: The Eric Iberg-directed documentary “Like A Lion” took an introspective look at Tanner’s career, including his infamous ankle-breaking crash on Chad’s Gap in 2005.

2012: Red Bull drops Tanner, but he gets revenge by immediately winning a major halfpipe competition – his first halfpipe win in years.

2013: Tanner links up with Phil Casabon and Henrik Harlaut in the seminal “Education of Style,” connecting an OG style master with the new generation of riders that he influenced.

2014: Tanner continues to live life his way, chasing powder all season and putting together a banger headcam segment for Poor Boyz’ 20th film.

BONUS: Tanner Hall, a 2009 drama about four girls coming of age in a boarding school. As Fernanda (Rooney Mara) enters her senior year at Tanner Hall—a sheltered boarding school in New England—she is faced with unexpected changes in her group of friends when a childhood acquaintance, the charismatic yet manipulative troublemaker Victoria (Georgia King) appears. 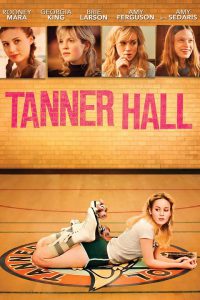