Zoe Atkin gets this cover photo because she grabs every trick. You go girl! Photo: Mark Clavin/U.S. Ski & Snowboard

On March 21, Rachael Karker and Aaron Blunck took the wins in the only FIS World Cup Halfpipe contest of the 2020/21 season in Aspen, Colorado.

After landing in fifth place at the World Championships the week before, Aaron Blunck put together a run of five double flips including spins in all four directions—the pipe skier’s holy grail. The judges forgave the barely grabbed rightside double cork 14 and 12 in Blunck’s run, giving him the day’s winning score of 96.5.

Canada’s Brendan Mackay clinched second place with a pair of switch doubles to lead off his run and a pair of forward dub 12s to end it, including a crispy clean leftside double cork 1260 blunt. Nico Porteous, who’s been on a roll this season with the help of back-to-back double cork 16s, toned down his run with a rightside 12 instead of the 16 to land in third place. Though he tossed both 16s in his third and final run, a low landing in the pipe and decreased amplitude on his lower hits kept him from moving up the rankings.

In a women’s contest missing big names like Eileen Gu and Cassie Sharpe, Rachael Karker prevailed for the win with the help of 900s in both directions. Zoe Atkin snatched second place with her mix of cleanly grabbed tricks, and Brita Sigourney rounded out the podium in third with the help of solid amplitude on her first tricks. 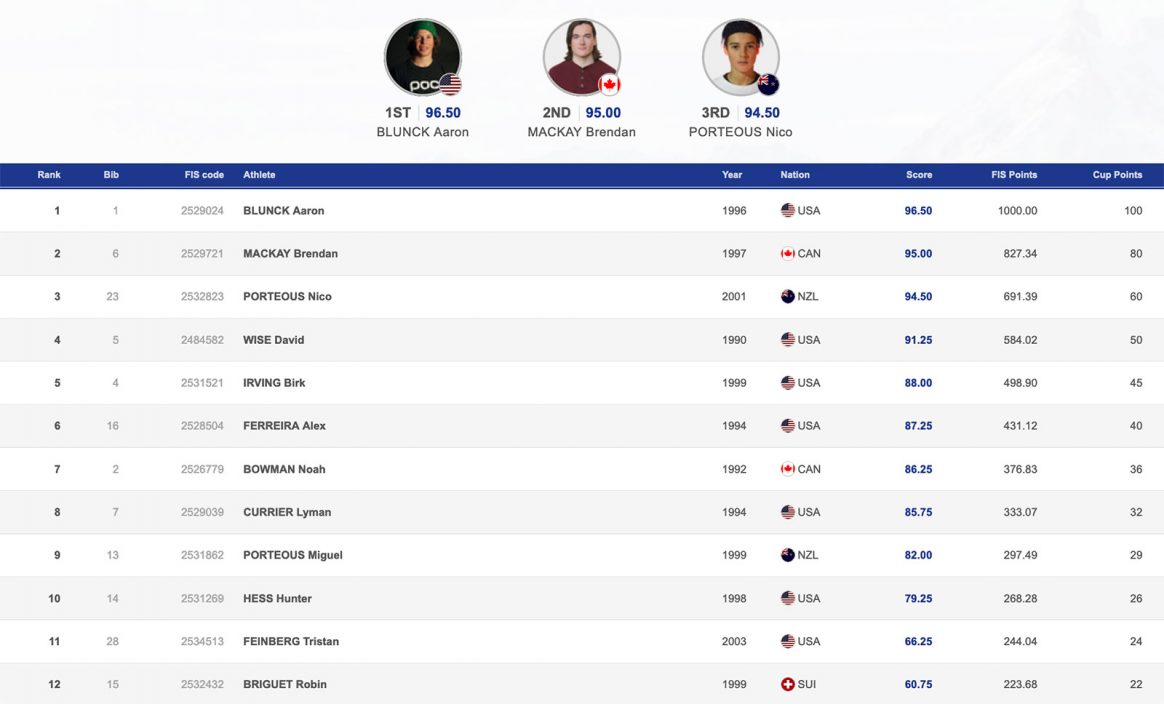 A day in the Breck park with ABM

Forster Meeks | Summer of the Cap

A day in the Breck park with ABM

Forster Meeks | Summer of the Cap