Over the last decade, the Dew Tour has continued to be one of the most significant events in our sport. Thanks to a new partnership, Woodward at Copper Mountain stepped up to host the action-packed weekend. Day one started with a growing fan-favorite, the Team event. The Teams featured this year are none other than the two-time returning champions Atomic, last year’s second-place finisher Faction, and team Völkl.

This year’s format included a head to head battle over the three sections of Slopestyle, Modified Pipe, & Streetstyle. Each team is required to have one male & one female athlete who each get two attempts per section, with their combined score becoming the team score. Each section would give the winner 100 points, with 85 points for second place and 75 points for third. 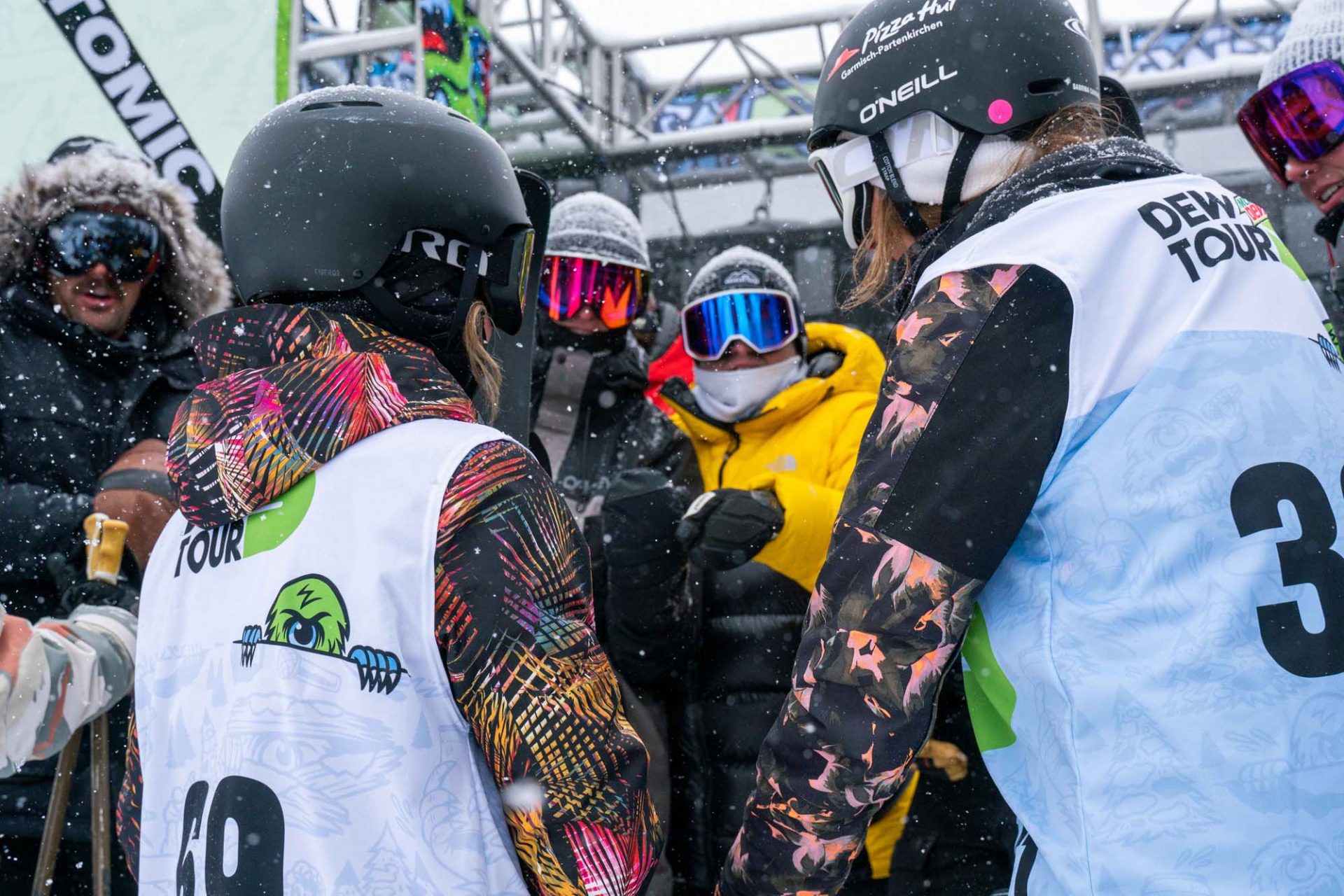 This is a serious question: who at the Dew Tour is sponsored by Pizza Hut Garmisch-Partenkirchen?

Due to the storm hitting the area, some changes had to be made in the Slopestyle section of the contest. With speed being a factor in the jumps, the organizers decided to change the course options to include only the top rail section. While there weren’t any jumps, it was still a great display of skiing talent. Team Völkl’s Nick Goepper had a standout run highlighted by a massive switch lip onto the wallride, something that no other riders were even going near. Atomic rider Megan Oldman put down the winning run for the ladies with a backslide, 270, straight slide to 360 off the butter pad, and a front 450 off the cannon. Atomic Team Captain Fabian Bösch laid down a solid run as well, including a back swap to butter pad frontflip out and finishing his run off with a misty 630 off the cannon rail. 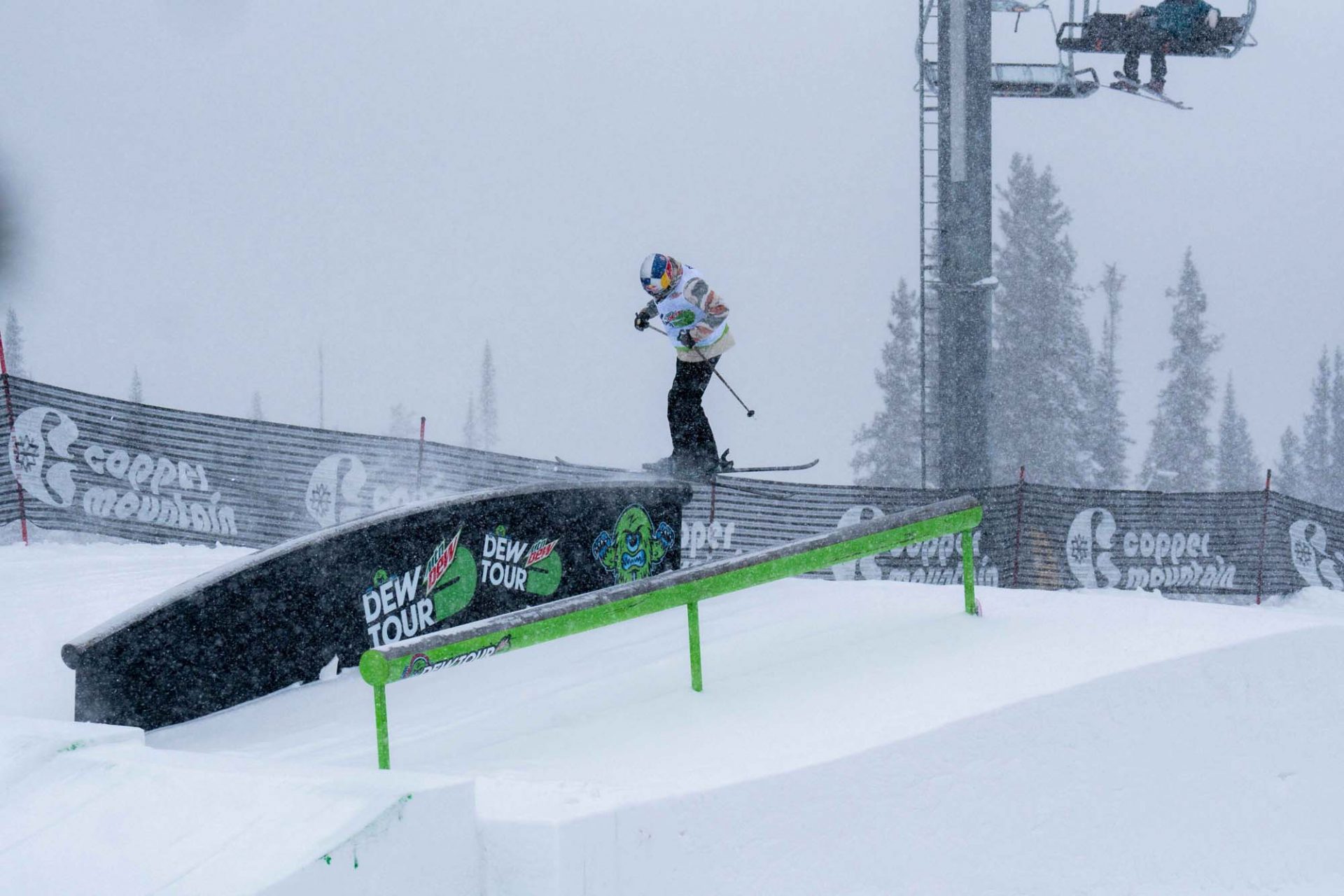 Fabian Bösch in the rails. 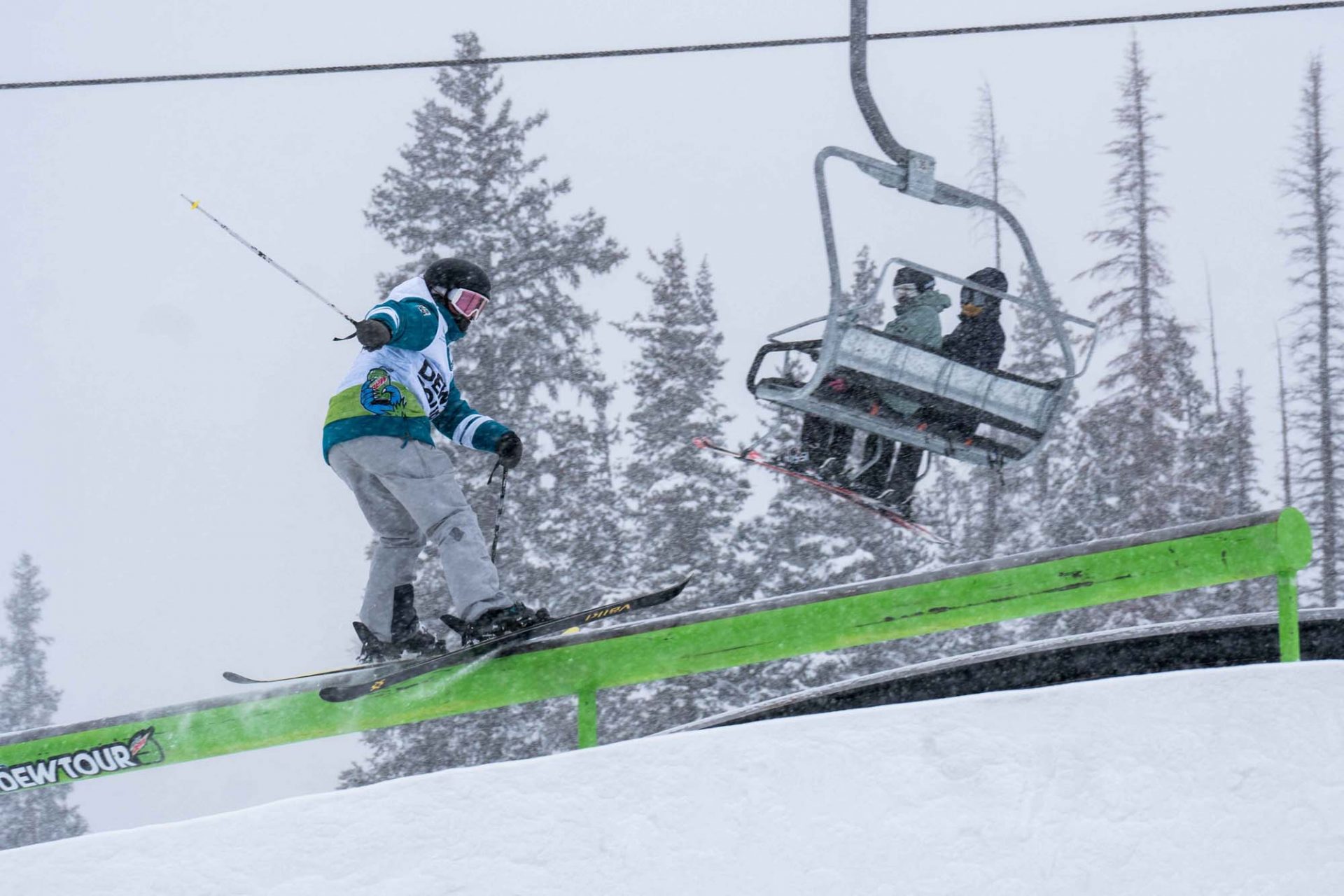 Völkl's Grace Henderson holds it down in the rails.

It was Team Faction, with the combination of Giulia Tanno & Alex Hall, that was the top scorer for the rail section. Giulia cleaned up her final run by adding a front swap to a back 270, to 270 on the down rail, and finished off her run with a big front 450 off the cannon. Alex Hall took top honors by lacing together a tech run featuring a backslide back swap pretzel 270 & ending with a forward 270 on to continuing 630 tail tap out of the cannon. “The course was running great today, and I’m happy I was able to land the run I wanted to,” Alex said. 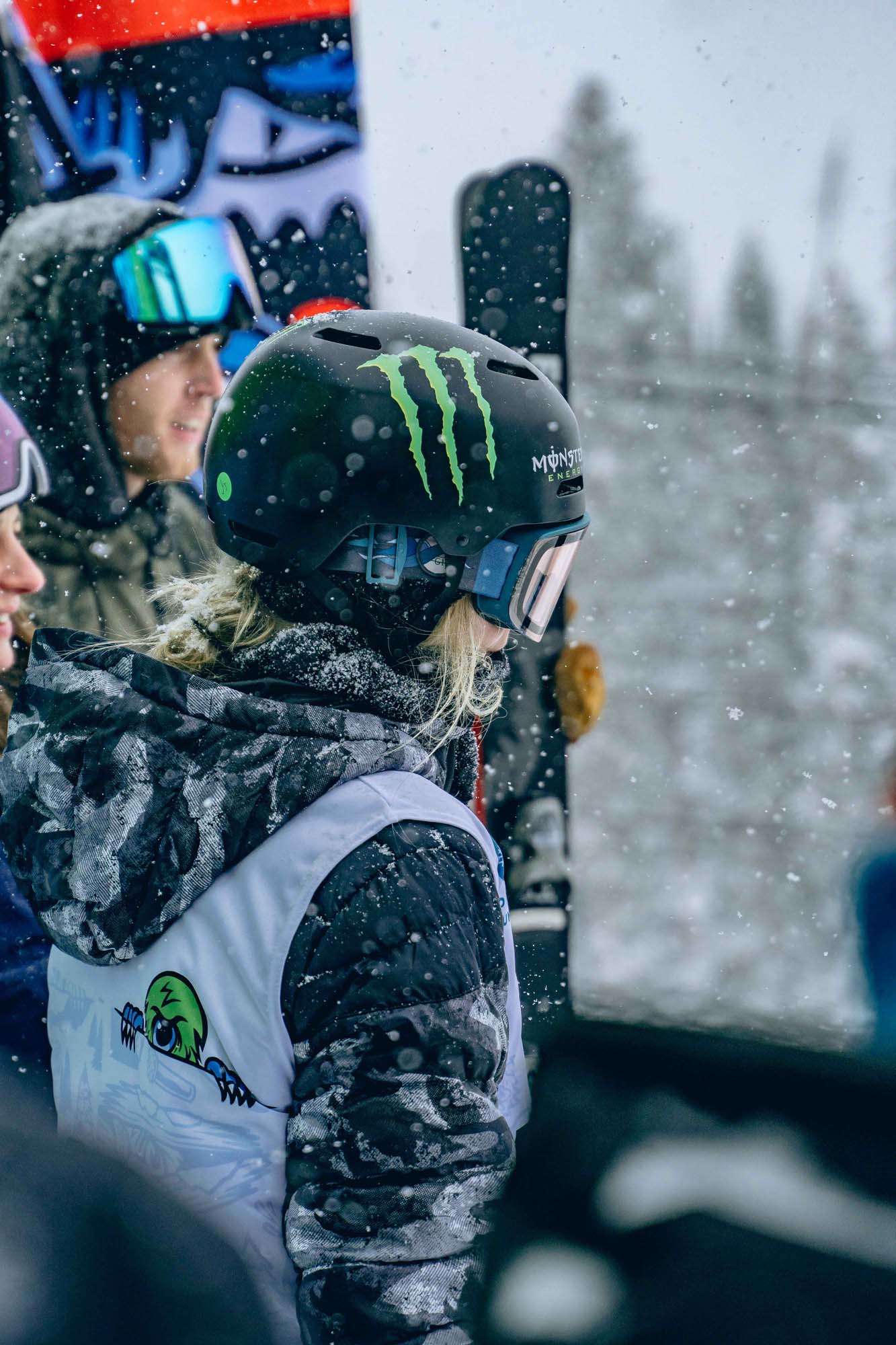 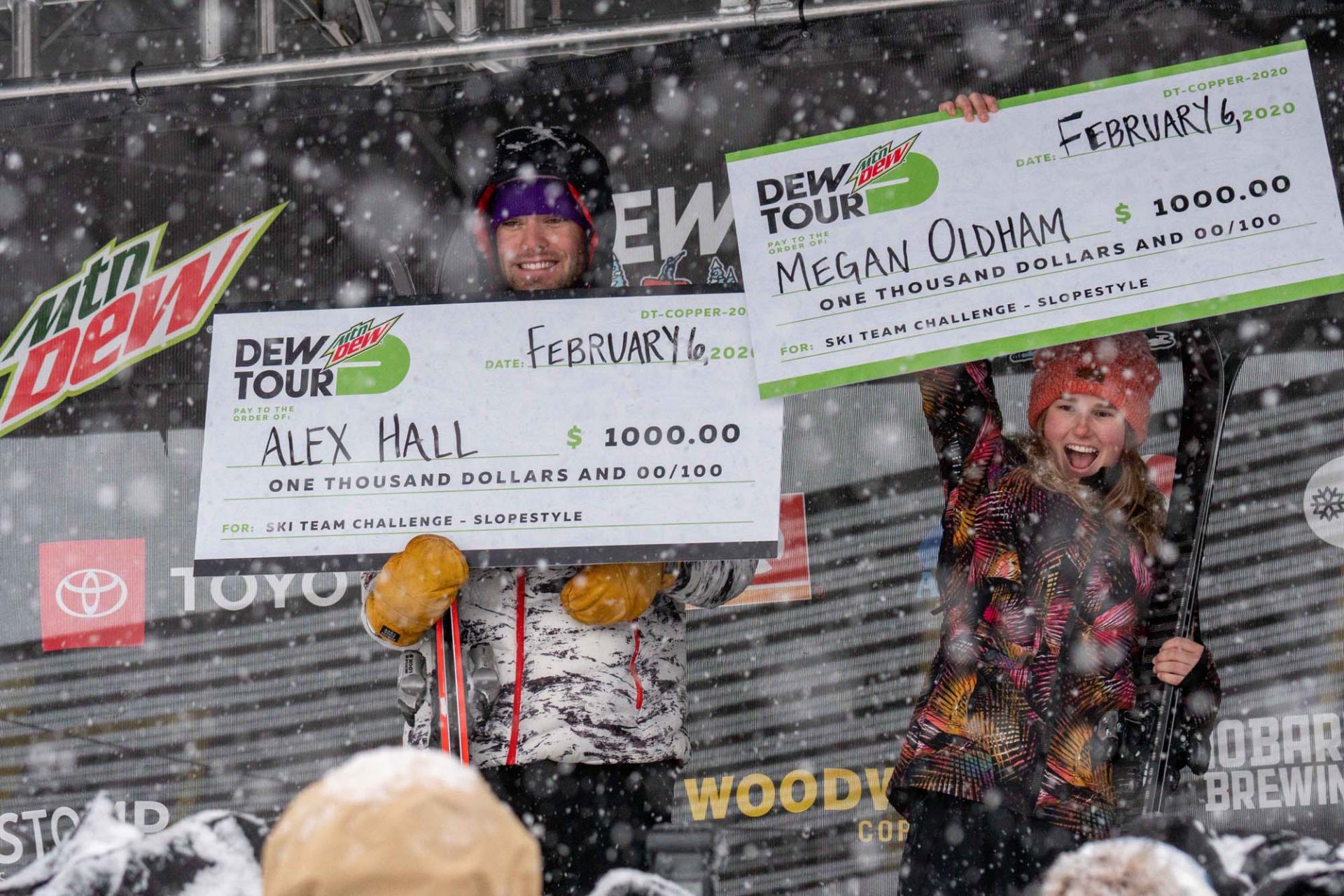 Directly following the slope section, the teams made their way to the modified pipe. With a change of venue they brought on a change of athletes as well, as Nico Porteous replaced Atomic captain Fabian Bösch. This swap was a wise decision for Atomic as Nico was one of the few athletes to find speed, and did the first double cork of the event that set him and the Atomic Team in first place for the rest of the pipe event. For Team Völkl, Nick Goepper handed the reins to Alex Ferreira, who went double as well on his second run but finished a few points behind Nico. For Faction, Kelly Sildaru held it down for the ladies by cruising through her run with back to back 540s and clean grabs throughout the entire course. With Atomic winning the pipe, they moved into the first position with a score of 185, followed closely by Faction with a score of 175 in 2nd and Völkl in 3rd with 160. 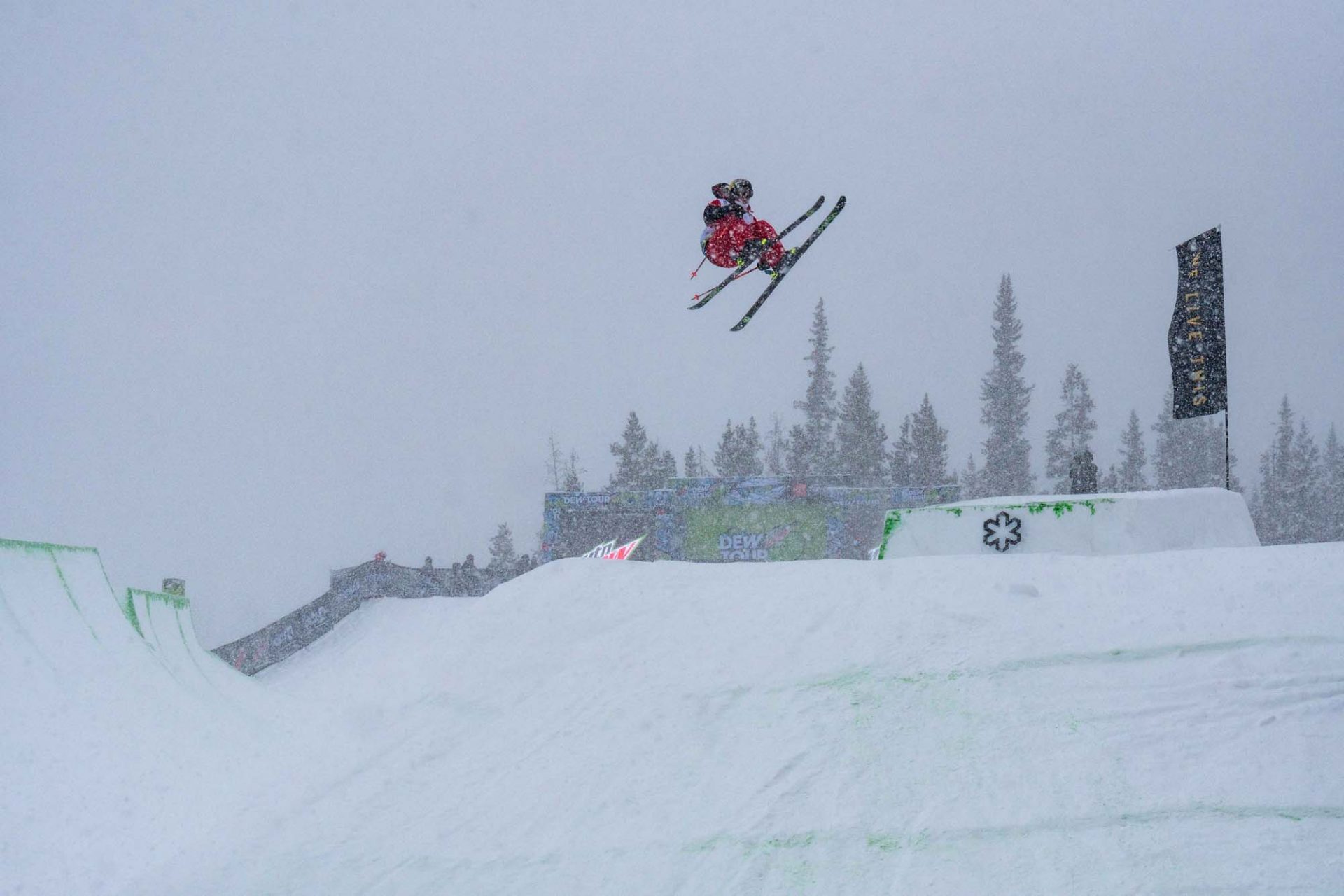 Alex Ferreira isn't going to let a few snowflakes hold him back from boosting. 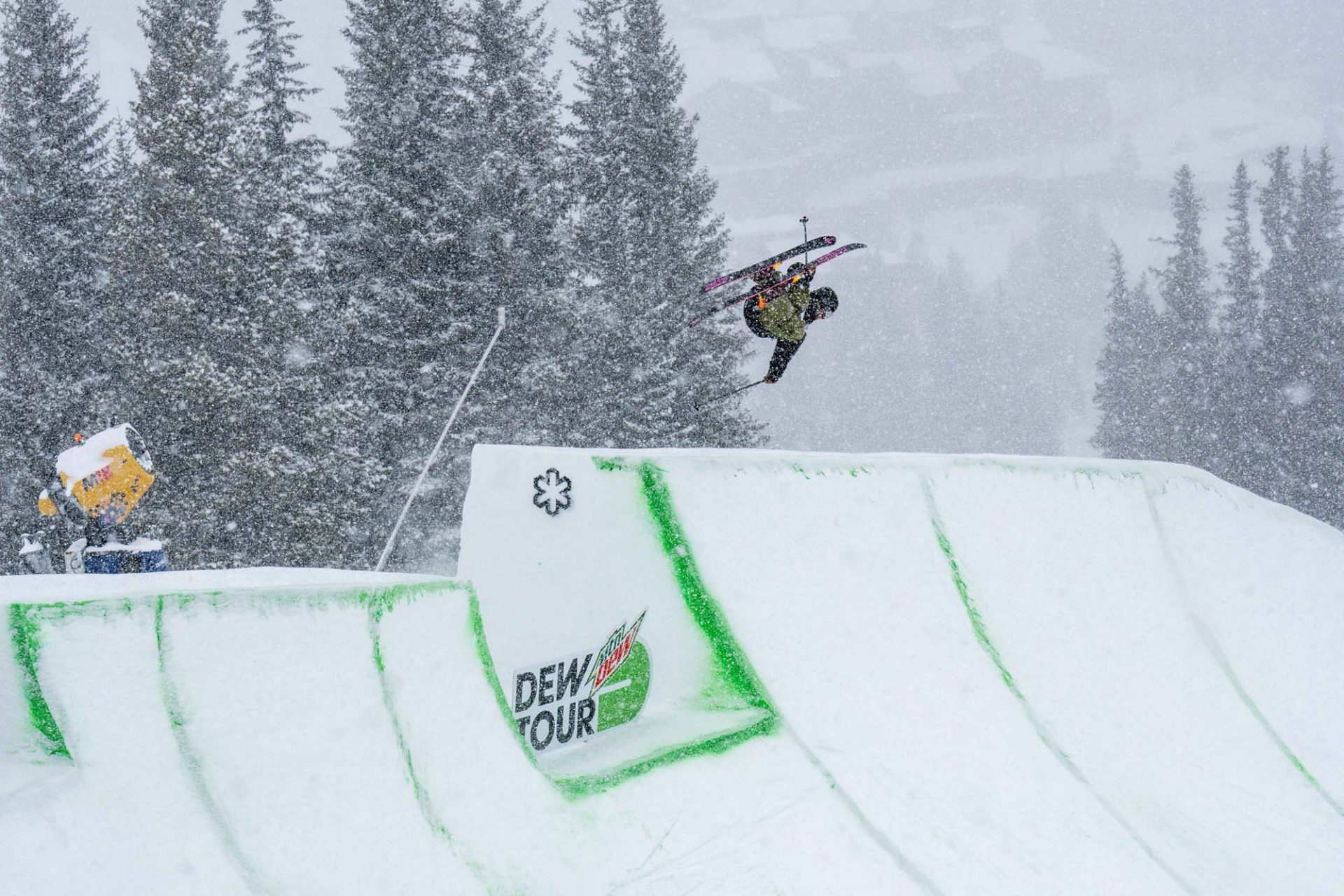 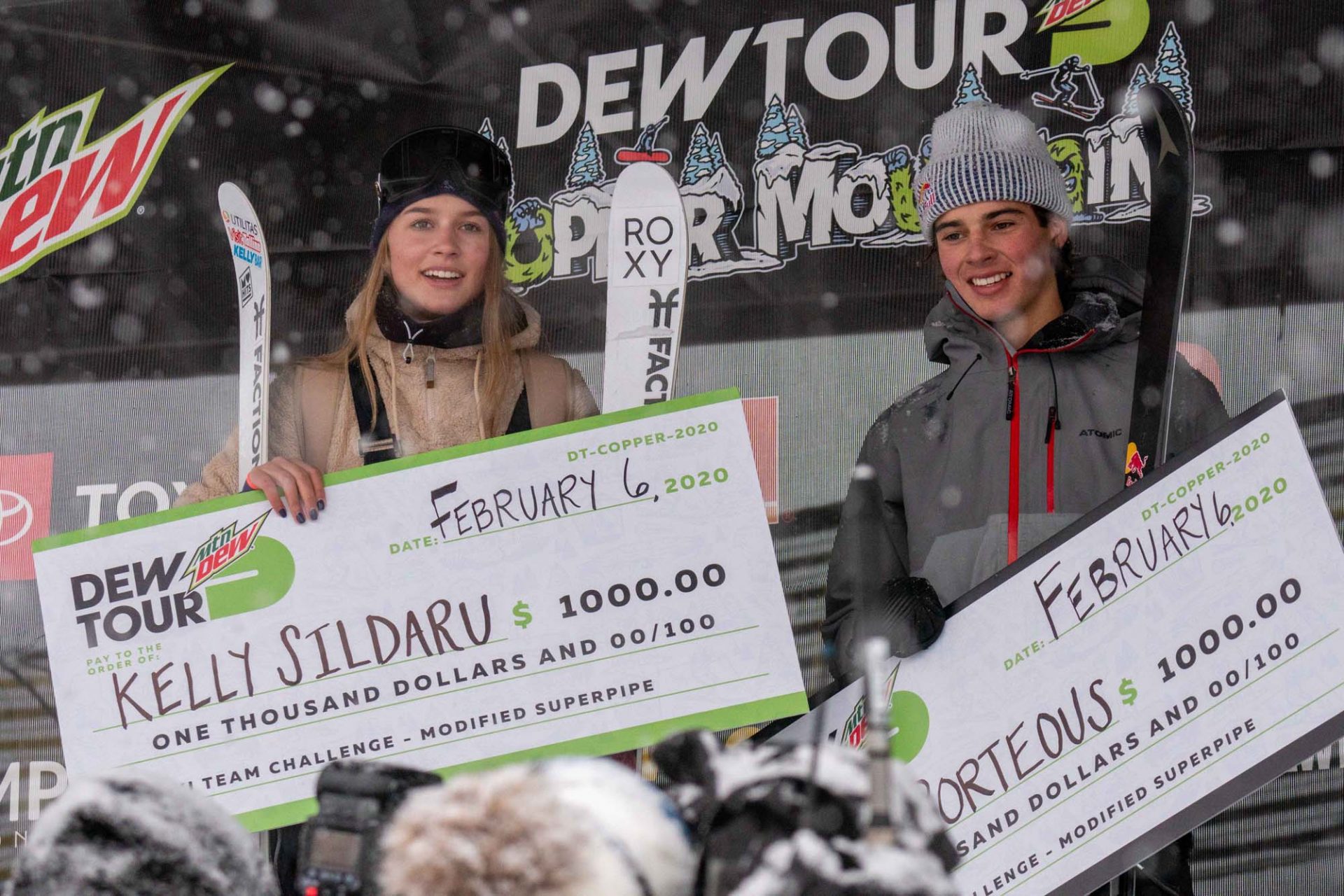 Kelly Sildaru and Nico Porteous were top dogs in the pipe.

The battle for first place intensified in the final event on the Streetstyle course. The snow continued to fall, but it didn’t hold anyone back. Trying to get Team Völkl into the top spot, Oystein Bråten kicked things off with a disaster 450 to forward, back swap to continuing 450, and finished it off with a front 270 off the electric box. This run would solidify him as the top rail score for men. High scorer for the ladies went back to Megan Oldman, who put together a disaster lipslide to back 270 out and a front swap on the waterfall rail. 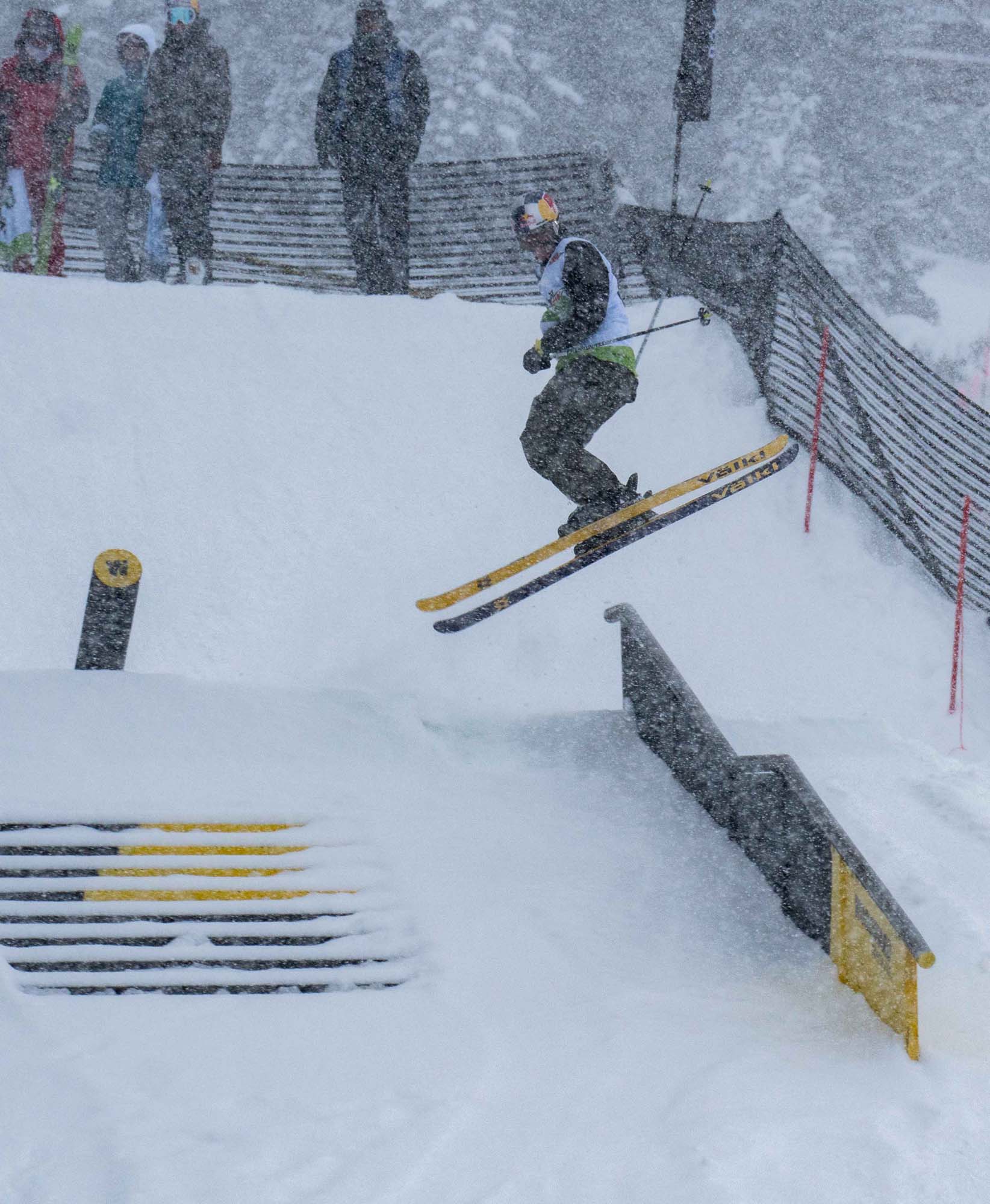 Øystein keeping Team Völkl in the game with a big 450 on. 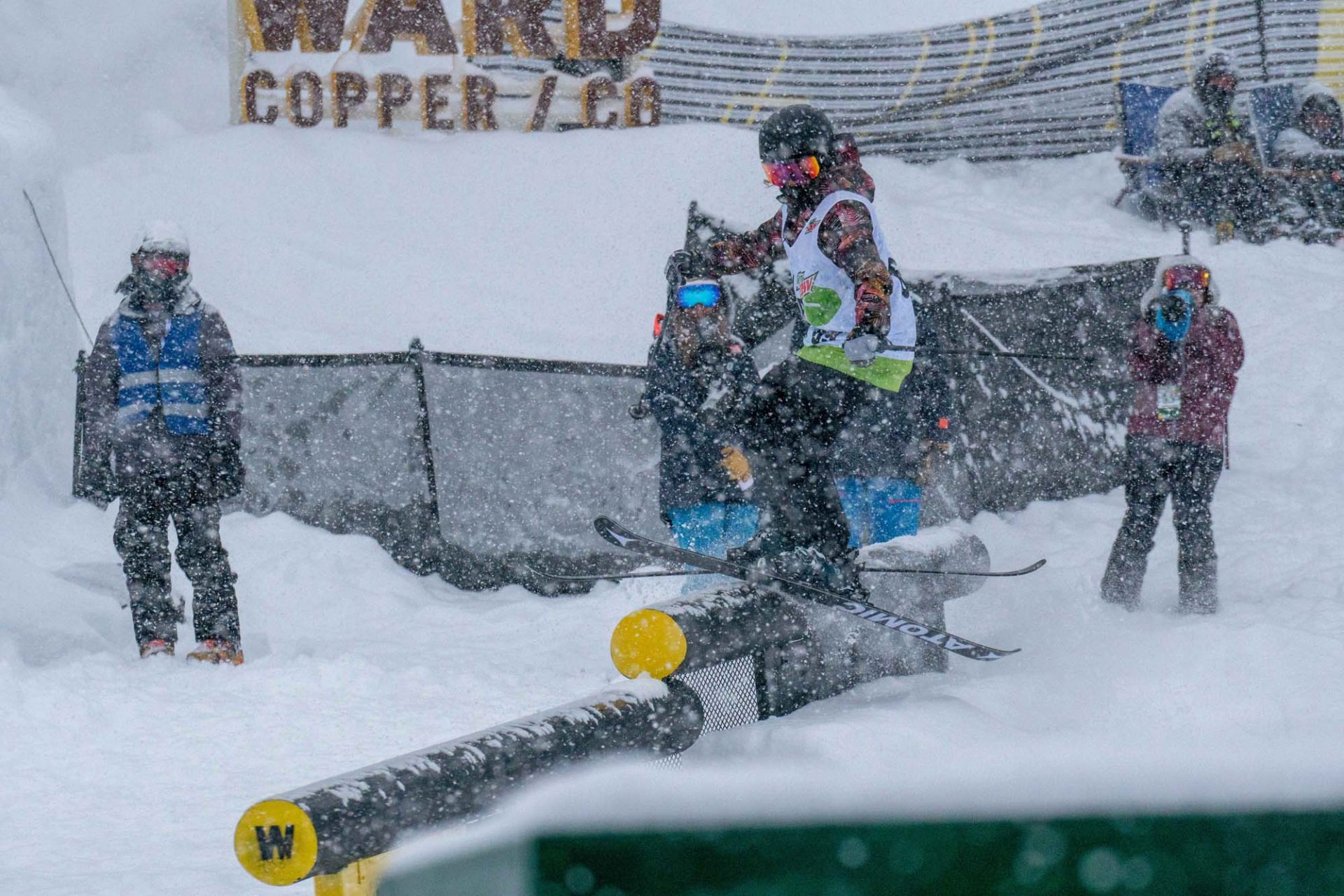 Megan Oldman heats up the rails. 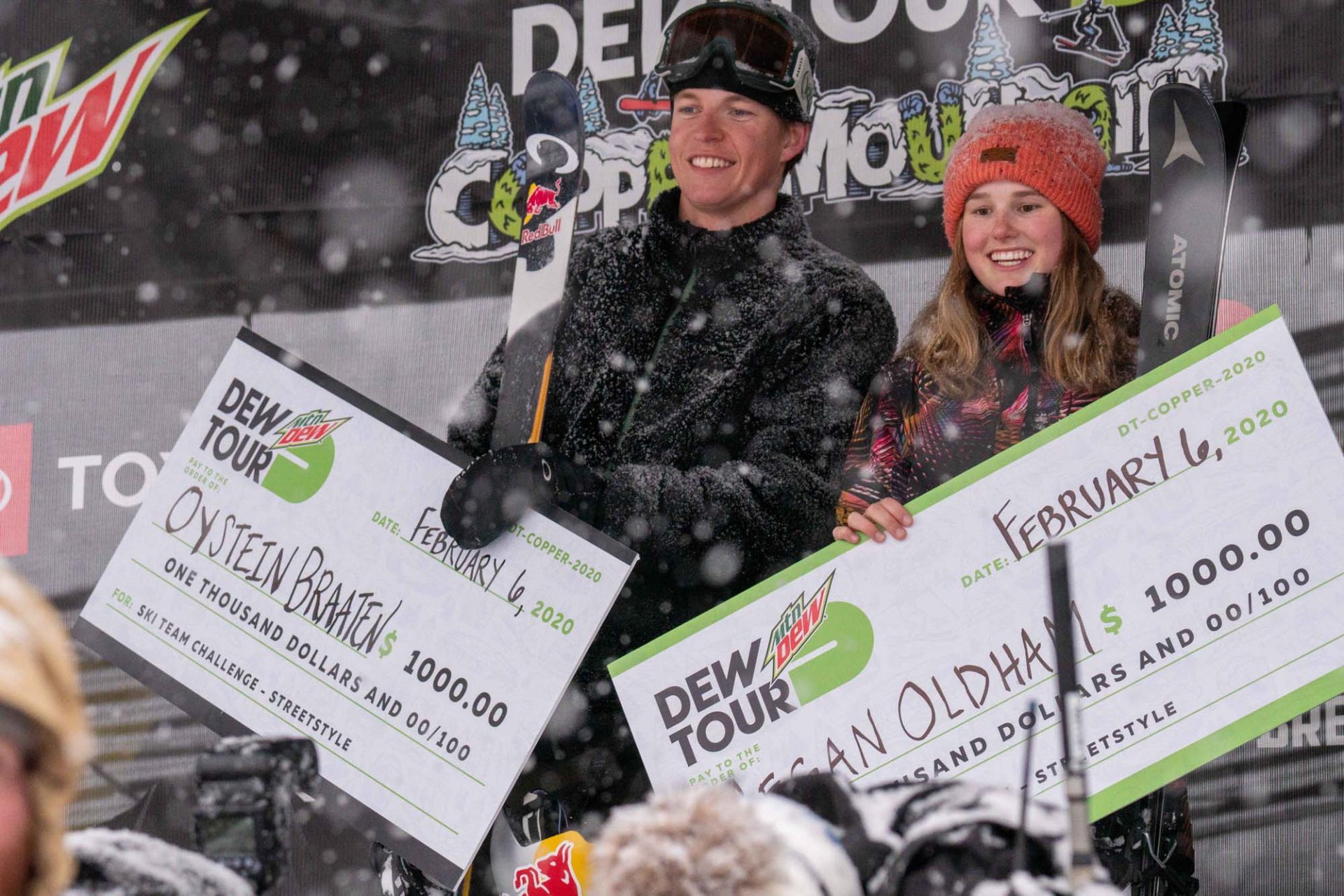 In the end, it was Team Atomic who claimed the three-peat with a score tally of 285. After accepting their trophy, Team Captain Fabian Bosch said, “I’m so happy right now. This win is our three-peat, and I’m happy to be a competitor at each of these events. Everyone on our team skied so well, and we’re stoked!” Rounding out the rest of the podium was Faction with a score of 250, narrowly finishing ahead of Völkl by just five points. 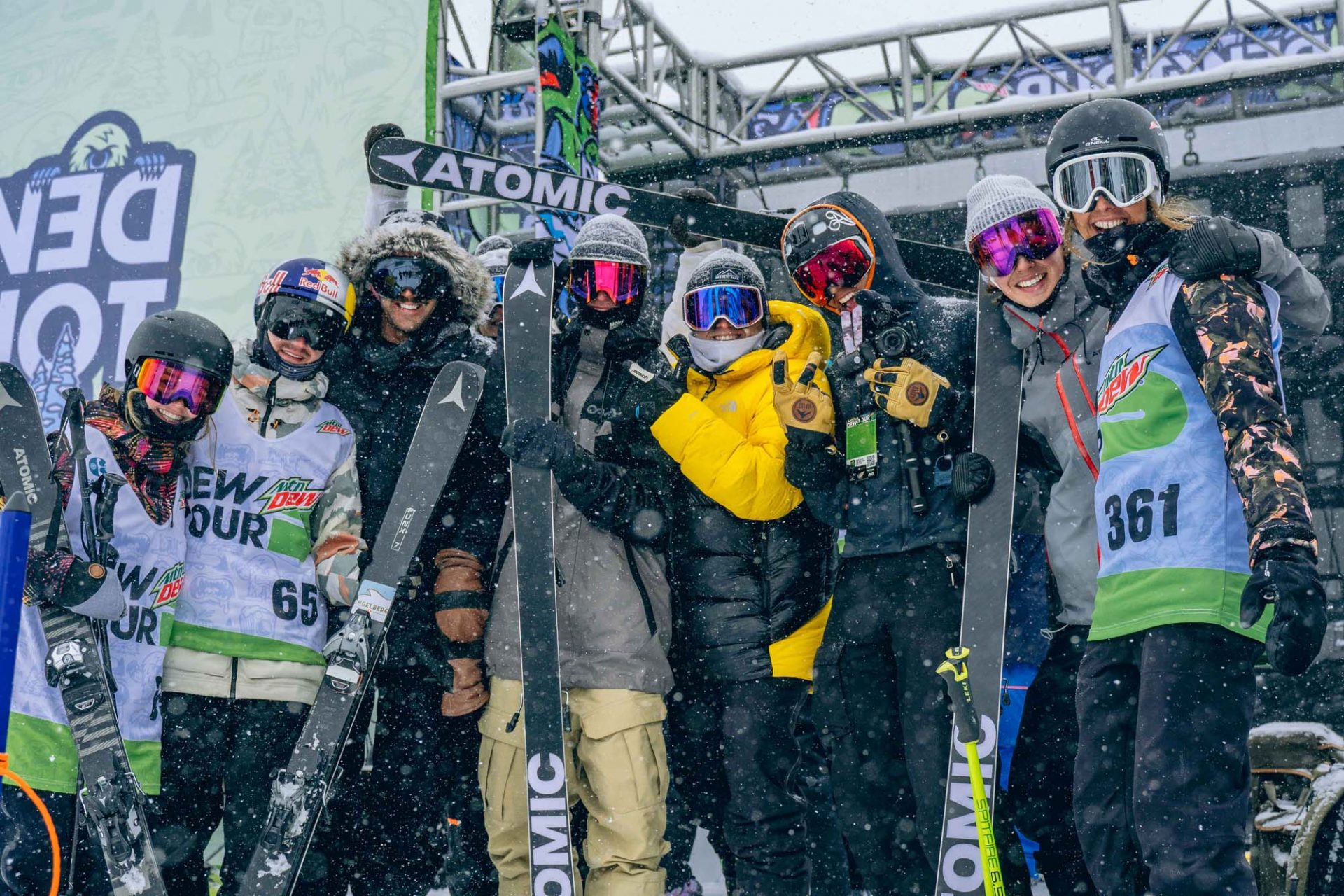 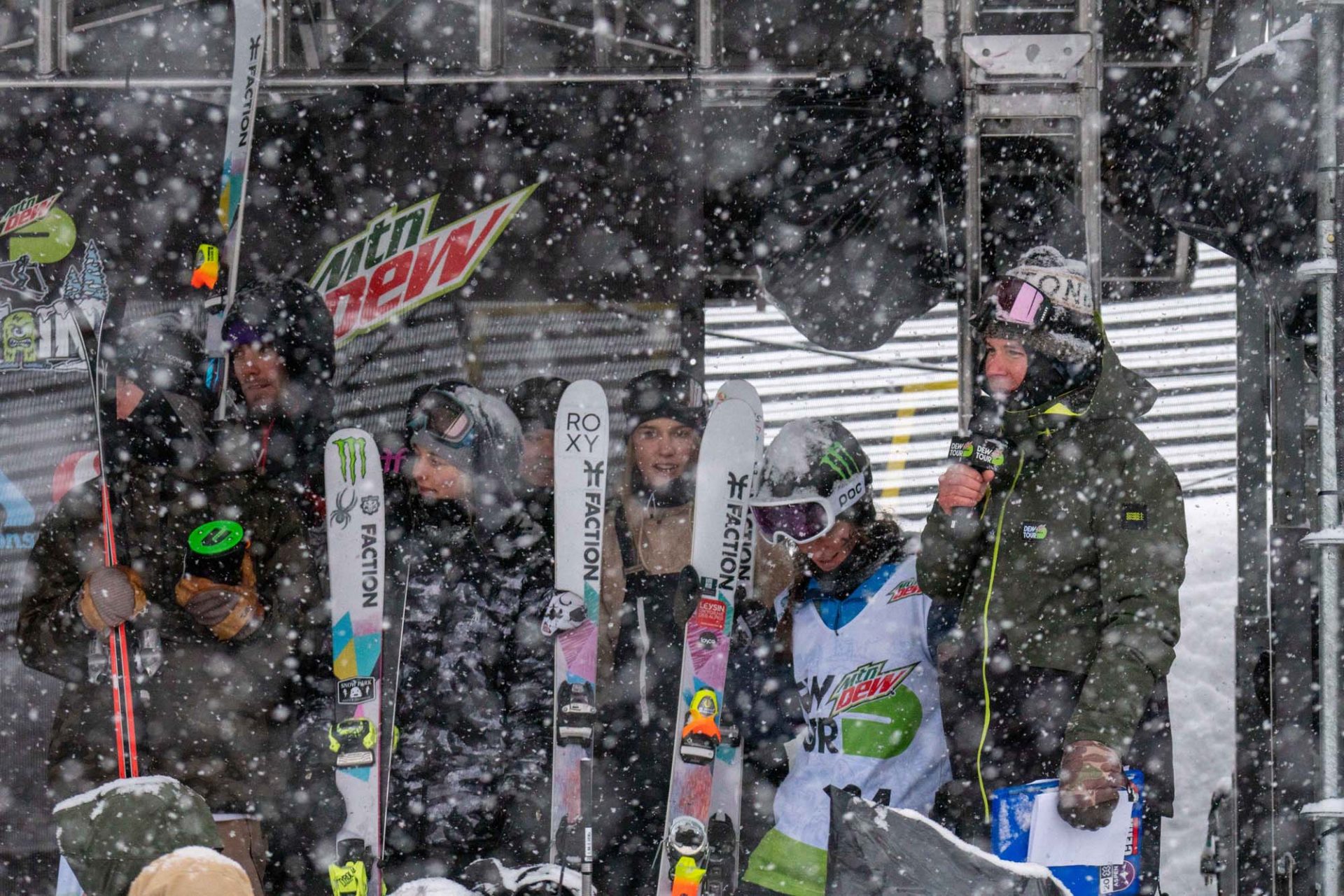 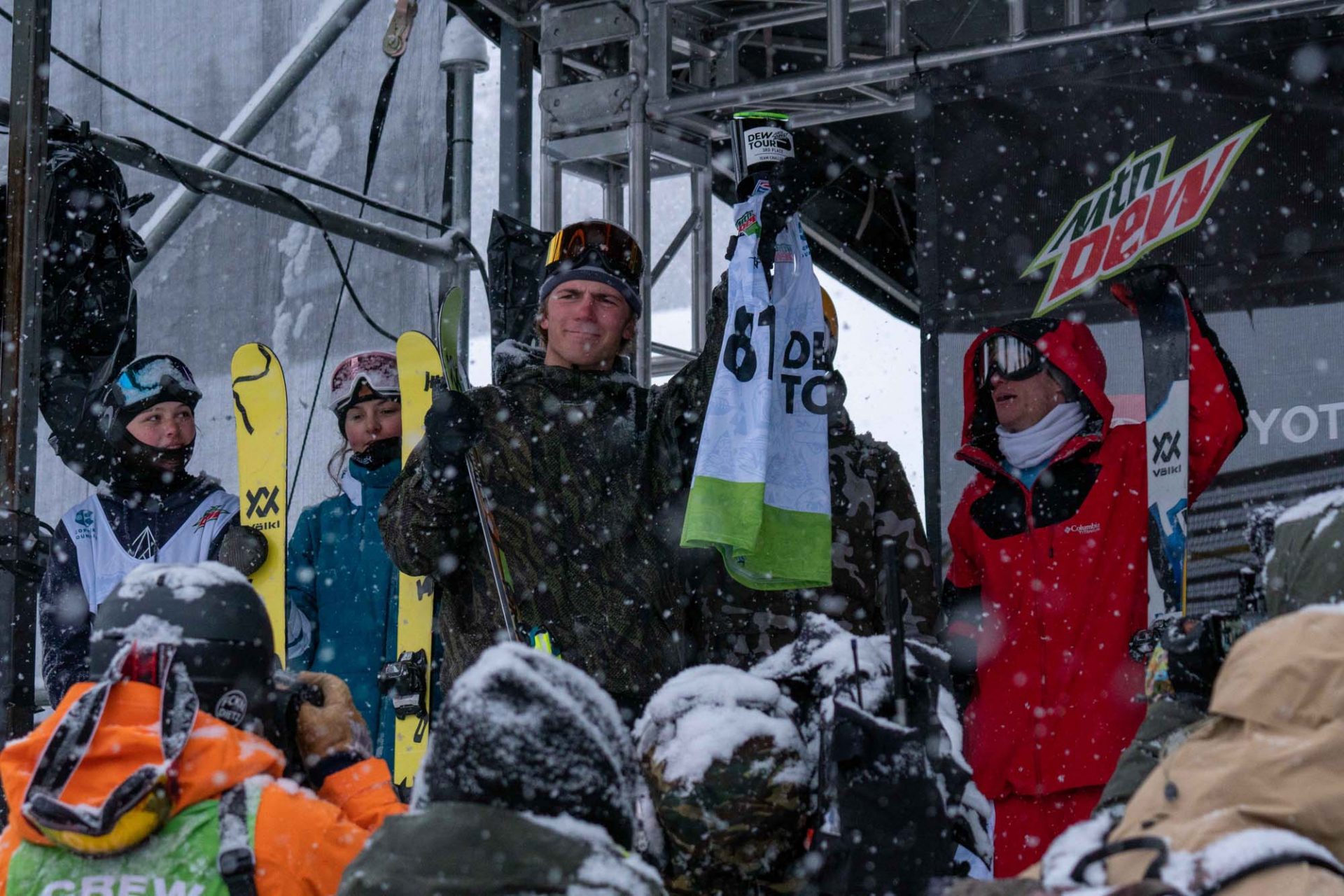 Völkl ended up third, but Hunter Hess isn't too bummed.