An extraordinary week of skiing and snowboarding came to an end last Saturday, April 28 in Sölden, Austria as the Audi Nines held its traditional Big Air contest to close out its 2019 edition.

It had already been a crazy week leading up to the contest, what with David Wise’s new world-record quarterpipe air (to banked landing, mind you), tricks like Andri Ragettli’s quad 1980 and Fabi Bösch’s triple misty 1620, and countless other personal bests and insane feats on this all-time setup. The Nines did well when they picked a “Space Age” theme for the event, because some of the tricks performed this week were straight extraterrestrial.

The week’s festivities wrapped up with the Big Air contest on Saturday. A sizable crowd lined up along the impressive event venue on Sölden’s Tiefenbach Glacier to enjoy the show, and when the morning’s weather broke with sunshine and little wind, it was immediately game on. 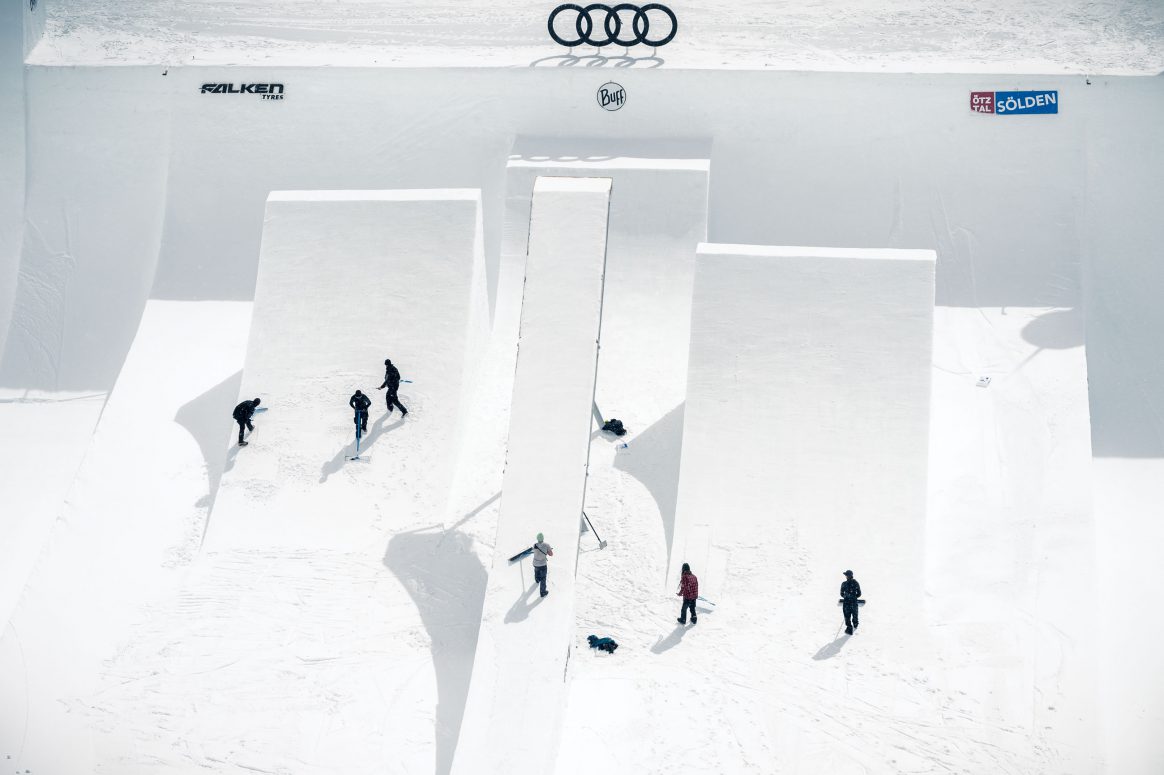 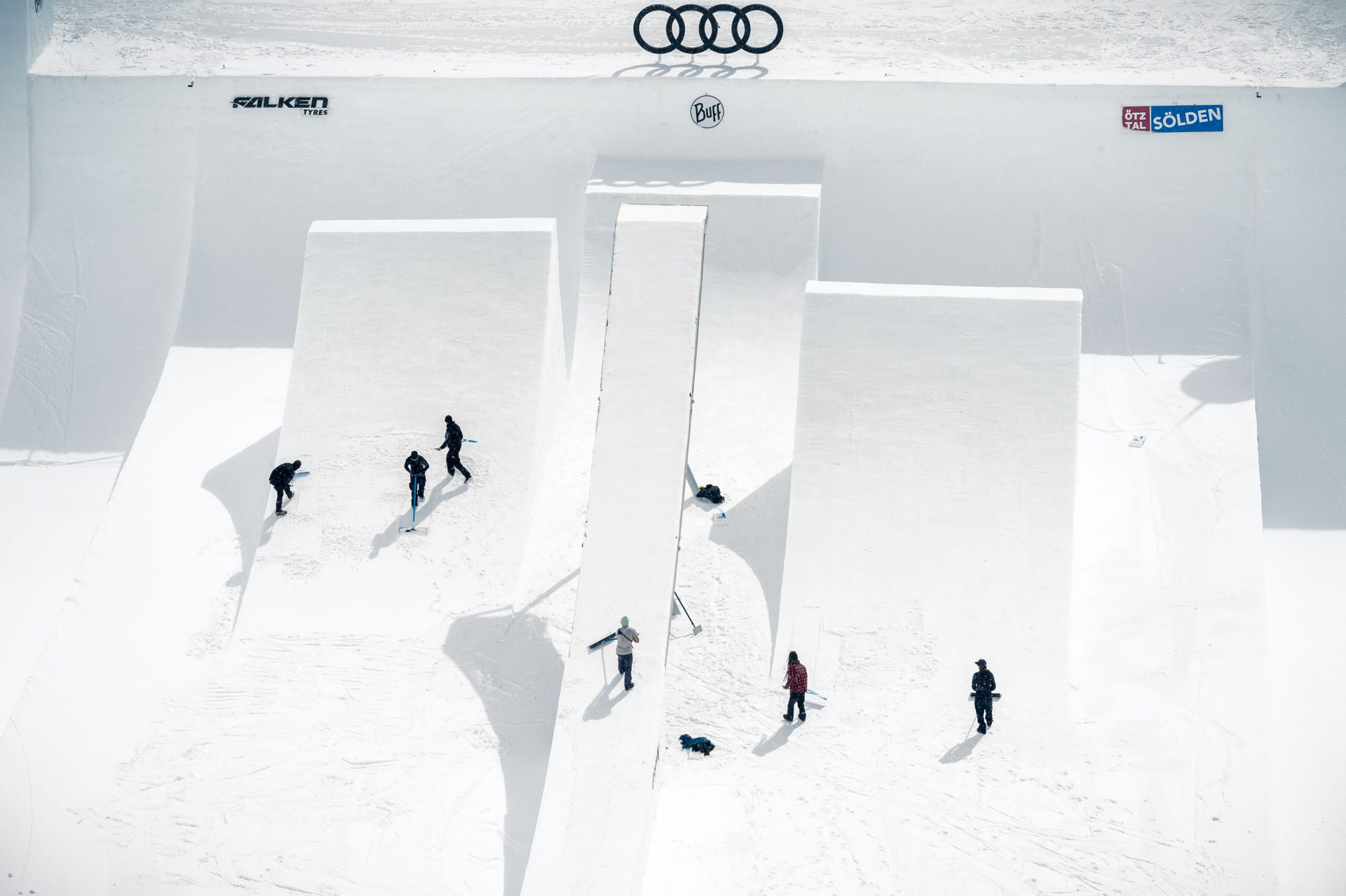 The Schneestern shape team finishes their morning shift of clearing out the new snow - they were up since 3:30am. Photo: Klaus Polzer

The Nines Big Air has always been known as more of a jam session than a serious contest—with a trip to a surf camp as the main prize, it’s not like there’s a huge financial benefit to winning. But still, given a perfect jump, a gang of their peers and a big crowd to watch, it’s not as if the invited riders are going to just chill. No, they always send it hard — and winning the contest among this stacked field of riders, in this setting, is an honor not to be underestimated.

For something like four hours on Saturday, it was a straight throwdown as the ski men let loose with a barrage of huge tricks. The level was frankly one of the highest seen at a Big Air to date. Somewhere along the way this week, a triple cork had become standard as more and riders either landed their first, or improved their existing triples on the progression-friendly main jump. To stand out here, you need to land a crazy new trick never done before in the way you were doing it.

Elias Syrjä packed along some fresh tricks that the crowd hadn't seen before. Photo: Malacrida

First place went to Elias Syrjä, the young talent from Finland who was one of two winners of this year’s Become A Nine video contest. Syrjä went from video-contest darkhorse to one of the week’s champions with a crazy performance on Saturday, during which he stomped his signature switch double 900 nose grab, holding the grab all the way through the landing. It’s the first time Elias has landed this in a contest, and somehow fitting, seeing as he won the Big Air at the High Five Festival two years ago with a pre-grabbed switch double. As if that weren’t enough, Syrjä also put down a massive triple cork 1260 and a switch triple cork 12 screamin’ Seaman that both belonged among the day’s biggest highlights.

"Being on the podium at the Audi Nines feels so great, especially since I got invited as a part of the video contest," said Syrjä. "To actually win after that feels unreal." Photo: Malacrida 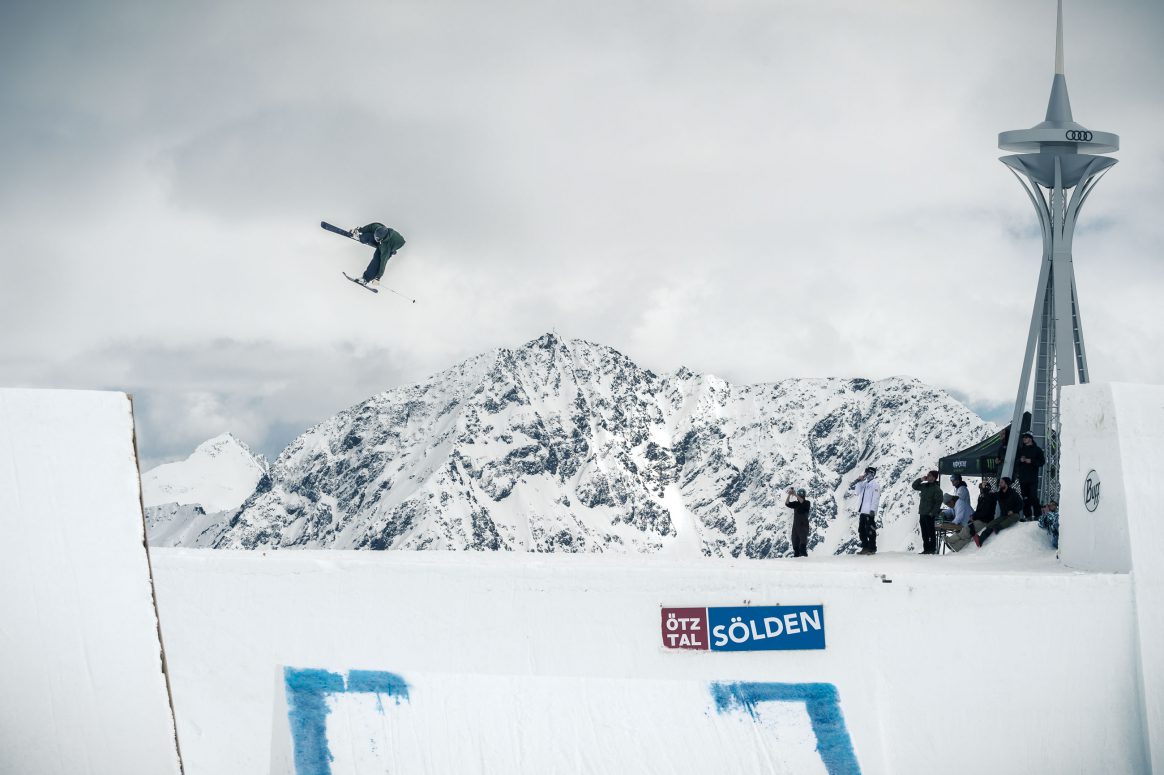 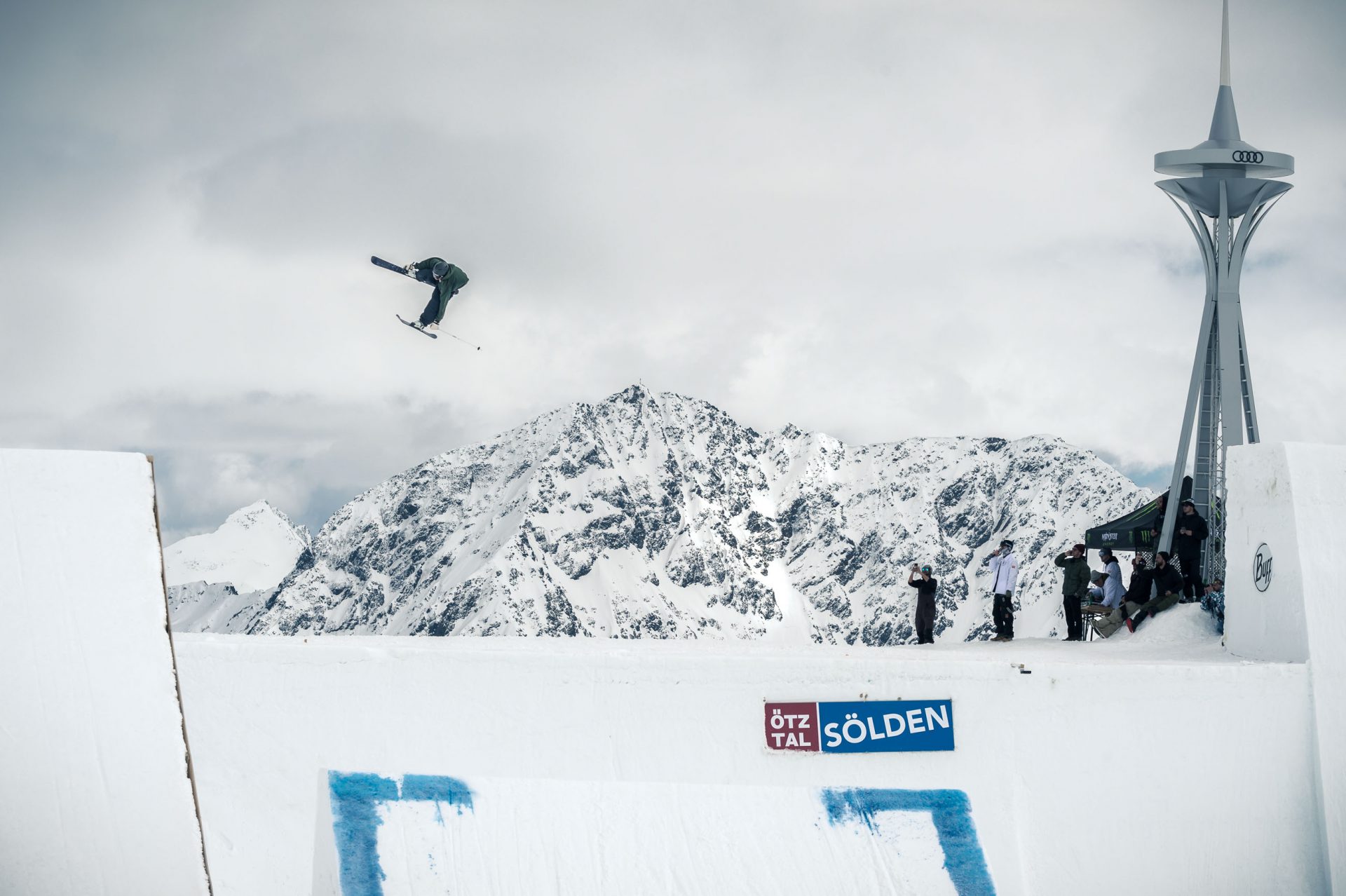 Syrjä impressed the judges with hyper-smooth triple 10s & and a 12, plus his crazy switch trip screamin' Seaman and nose grab landing. Photo: Polzer

Birk Ruud placed in second with a huge switch double cork 18 blunt, a double misty 16 safety and a carved flat 3 safety for his style trick. All week, Ruud and his sidekick Ulrik Samnøy—who’d qualified for the Nines via the World Rookie Tour—had been going massive, trying to stomp a triple 16 blunt that neither was able to put down clean. Still, they turned a lot of heads with countless other stomps.

“Special mention goes to Birk and Ulrik,” said contest judge Tobi Reindl. “If they’d landed that triple 16, it would have been the best trick ever.” 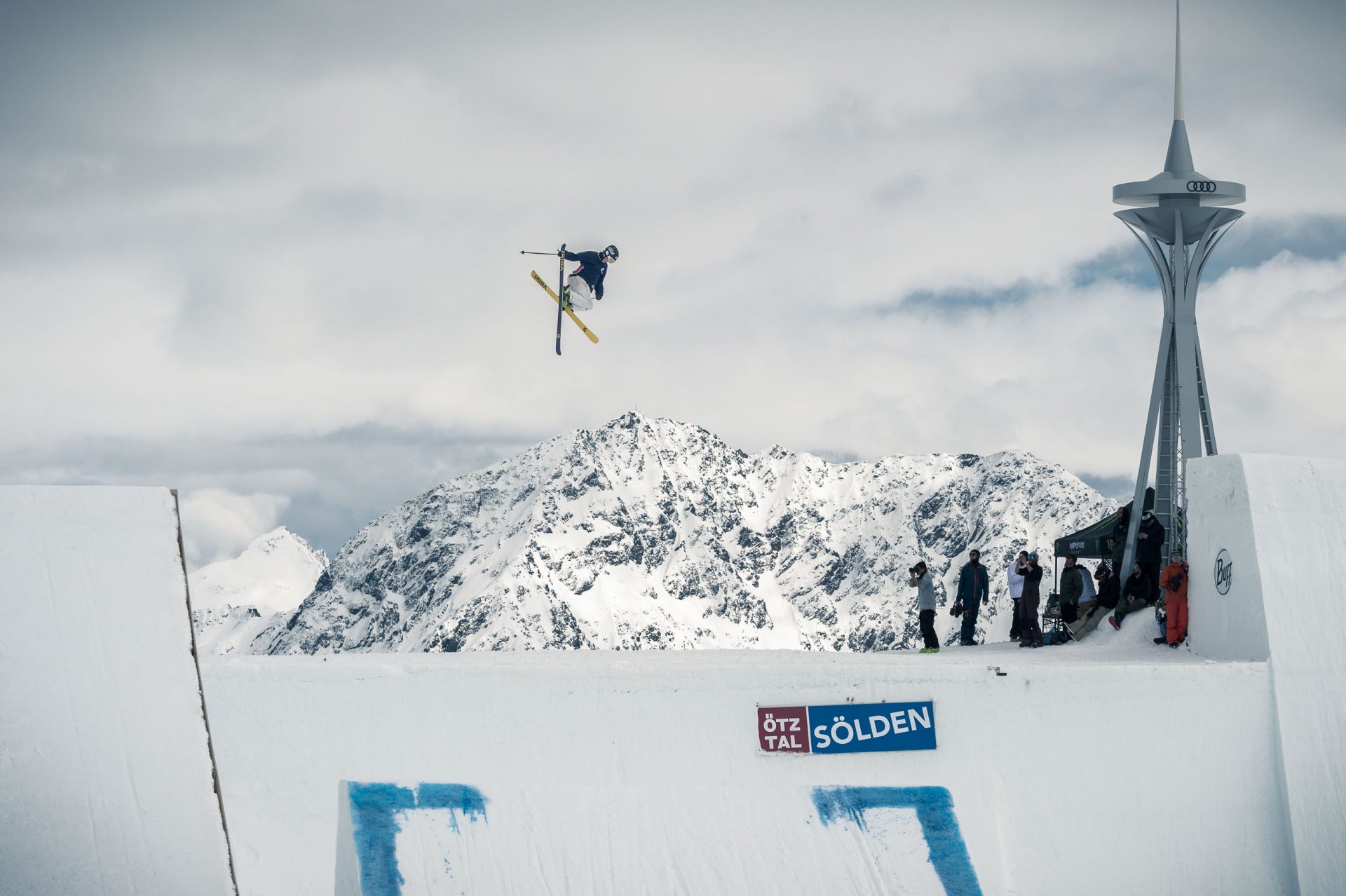 Birk Ruud was in action all week as he and Ulrik Samnøy chased the elusive triple cork 16 blunt. Photo: Polzer

Third place went to Fabian Bösch, who stomped a massive triple cork 16 safety to blunt flawlessly, a switch double 1800 blunt, and a flatspin 720 double nose for his style trick.

On the women’s side the action was more low-key. Several heavy hitters like Tess Ledeux (who left early) and Sarah Hoefflin (out with an MCL injury) weren’t present, and the rest of the ladies played it safe, feeling out the jumps in Sölden after having spent the previous week on their own setup in Obergurgl. Johanne Killi picked up the win with a cork 900 tail and a switch 5, with Elena Gaskell behind her in second with a nice tail-to-tail 720 and a switch 5, and Silvia Bertagna in third with 720 and 360s grabbed mute. 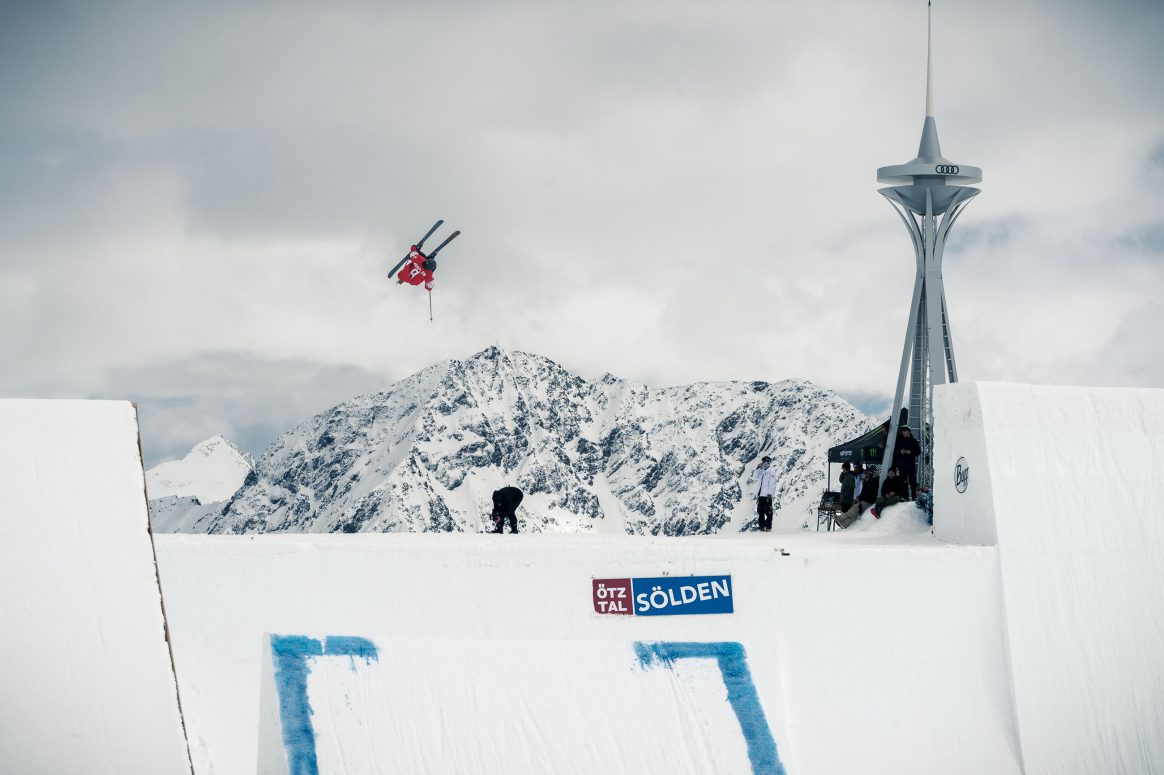 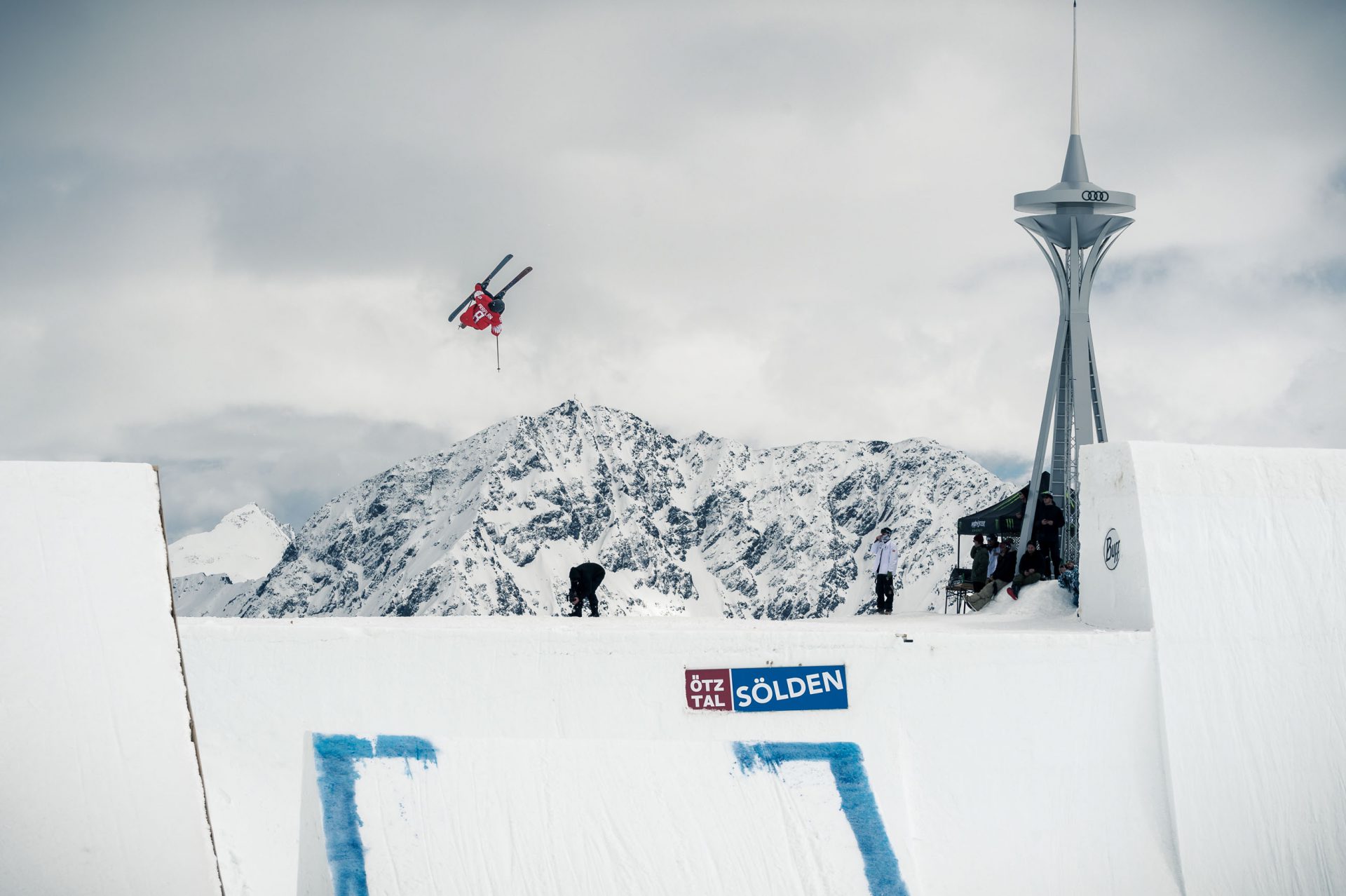 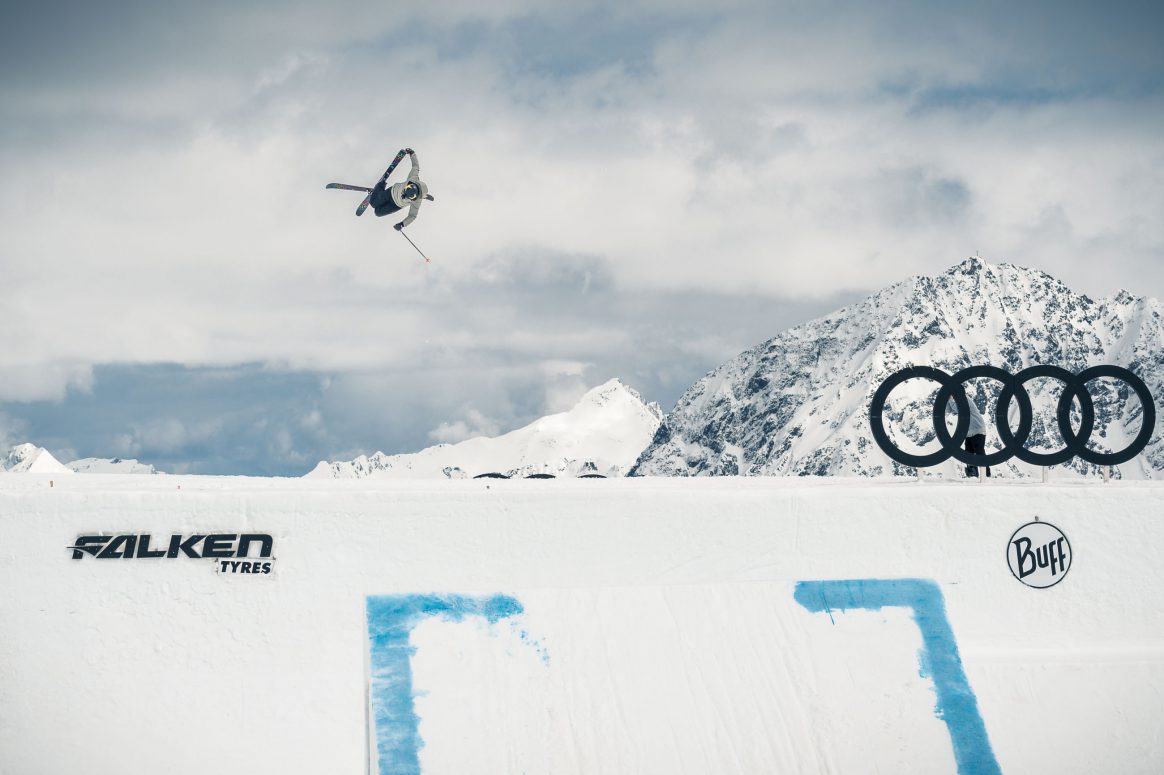 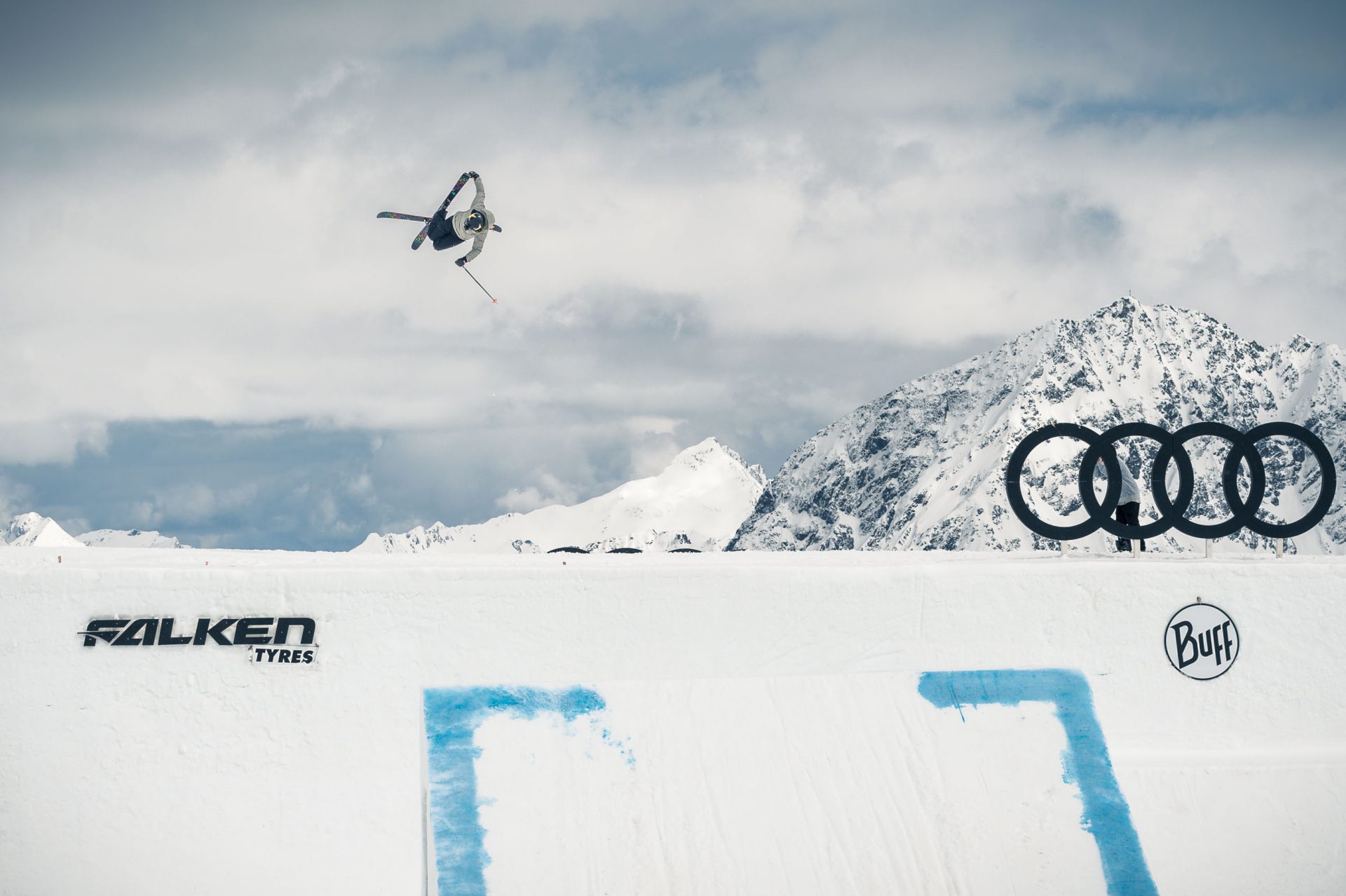 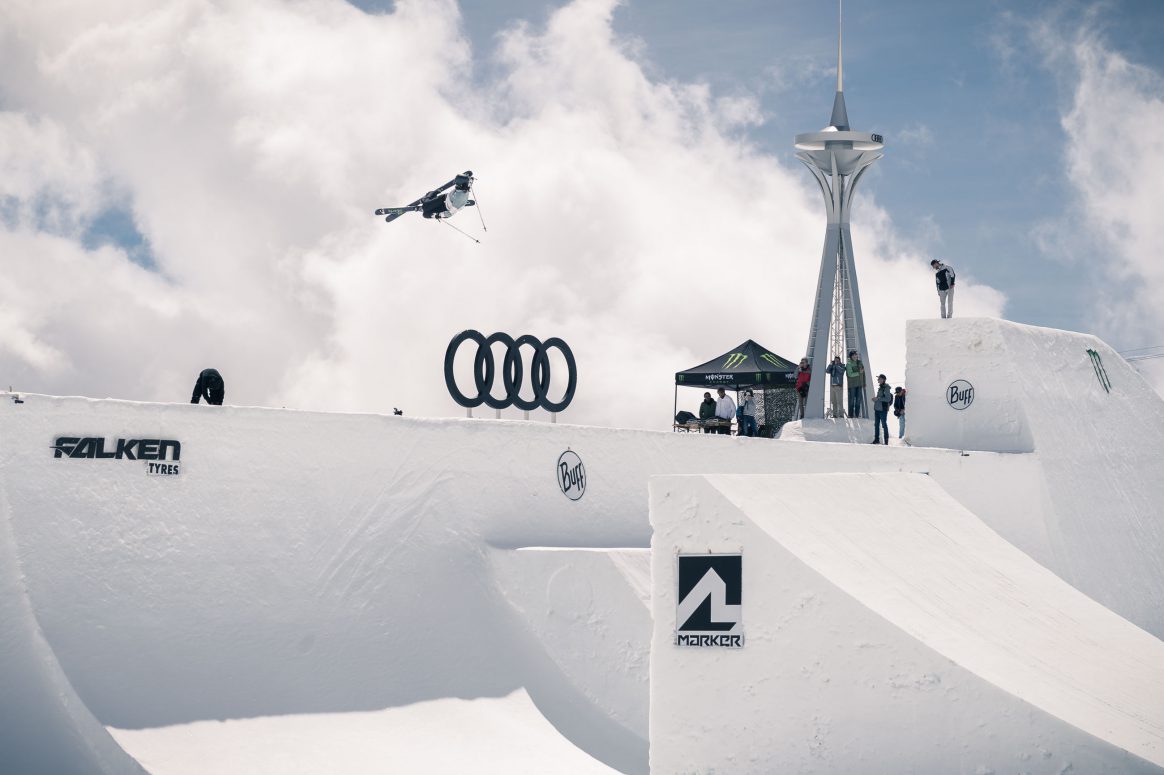 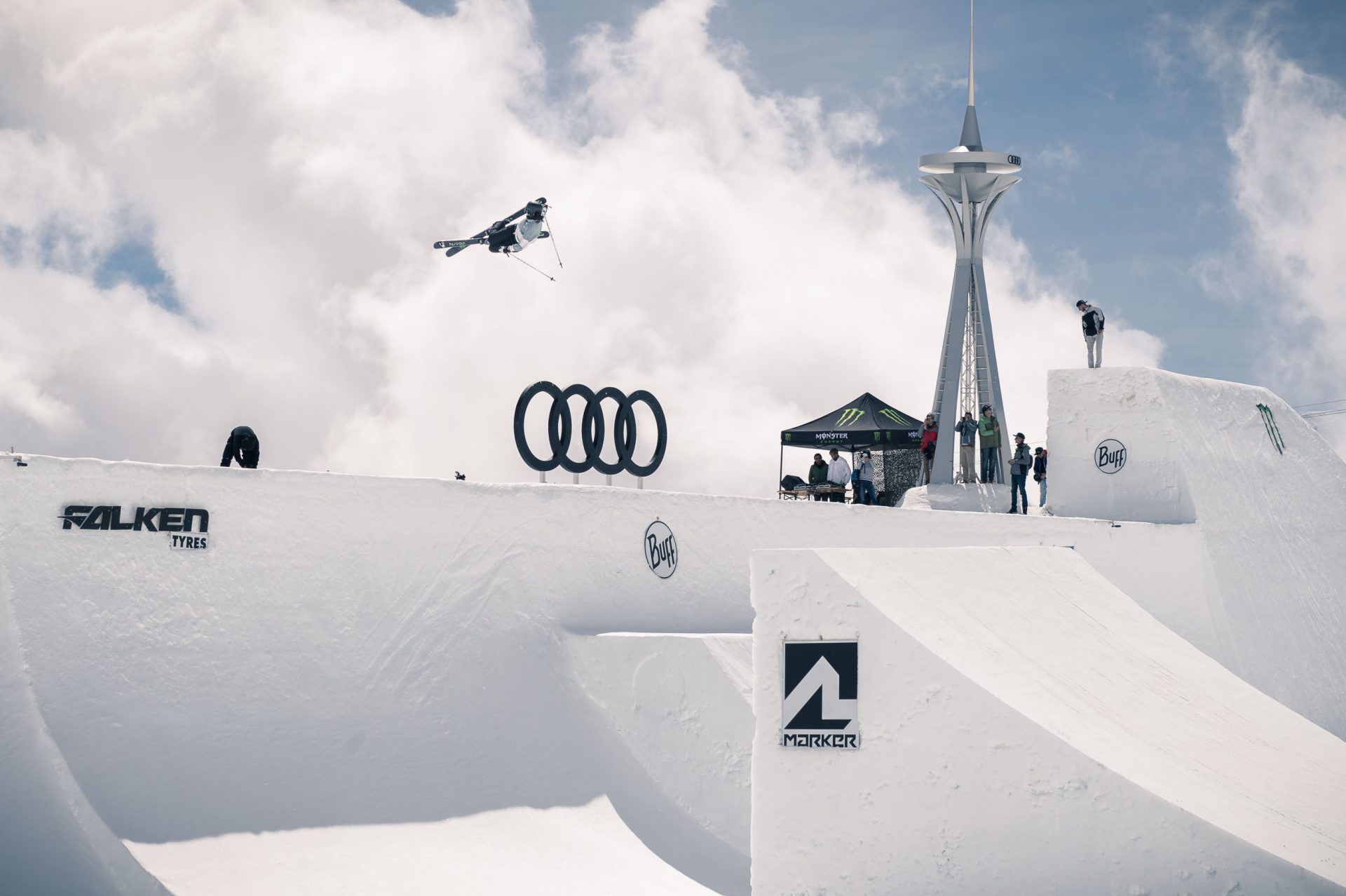 Elena Gaskell on her way to second place. Photo: Polzer 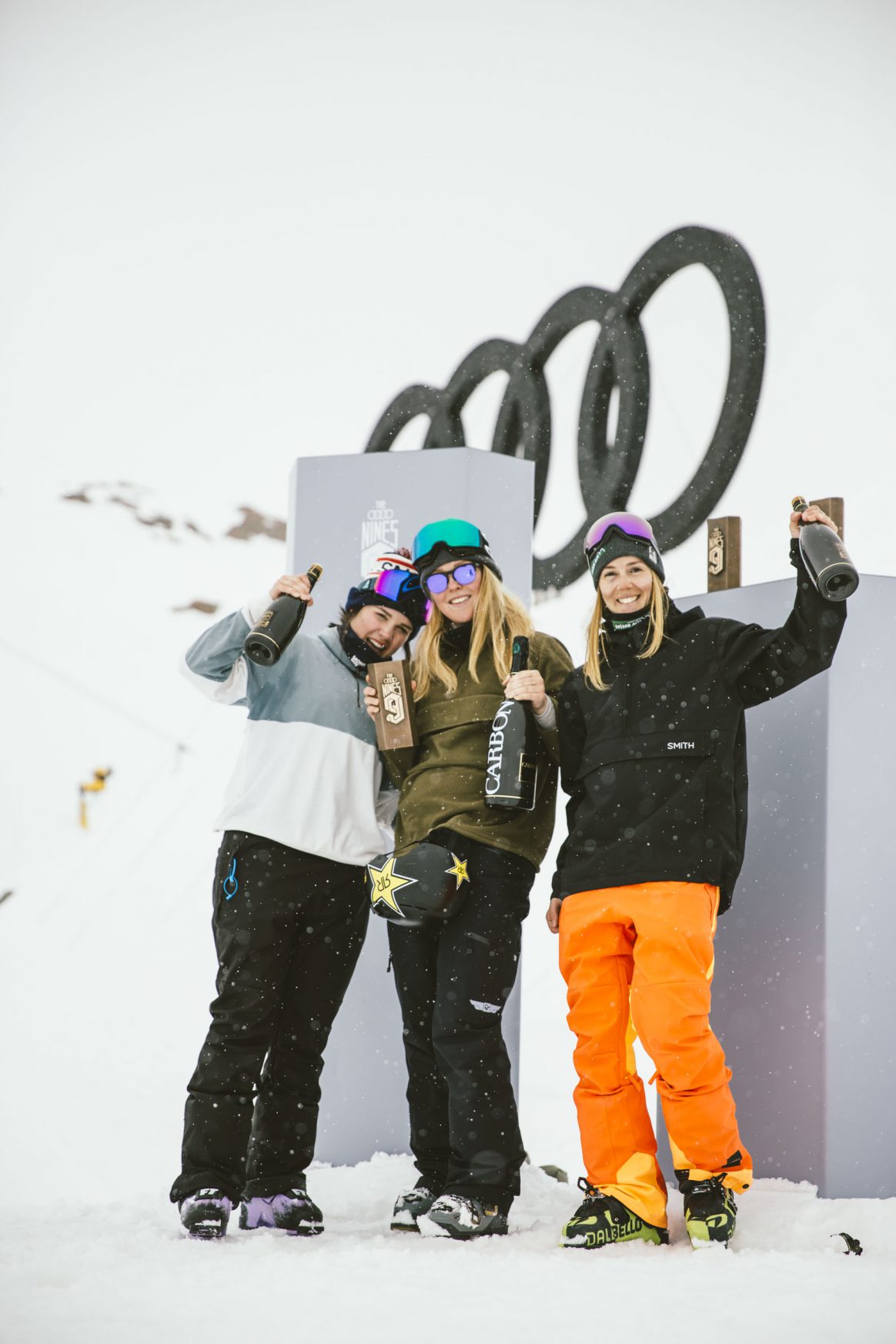 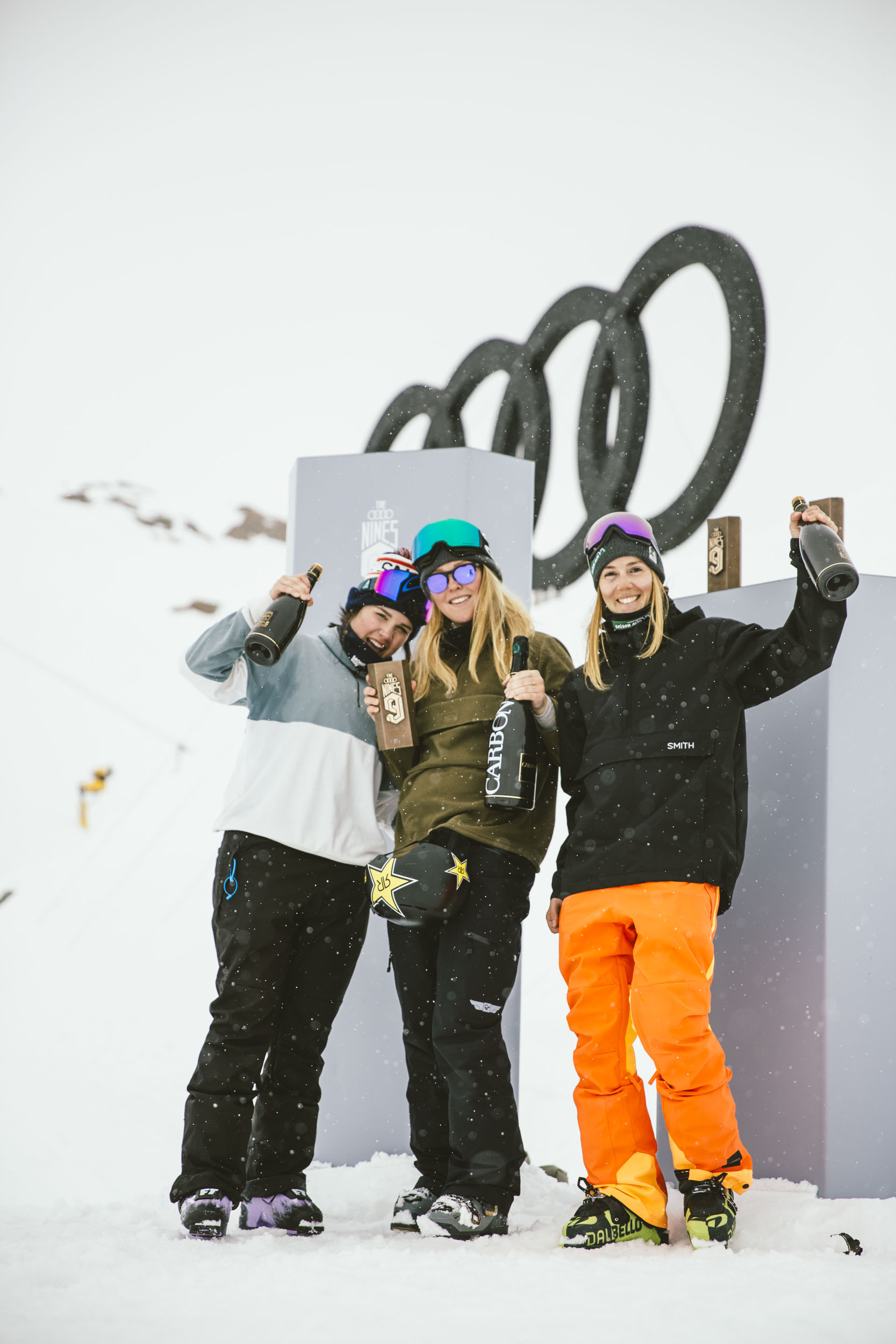 Other highlights included some banger tricks from Alex Beaulieu-Marchand, who explored some creative new grab combos in double corks, like a double 14 safety to stale. Andri Ragettli landed a world’s-first switch double misty 16, Samnøy had plenty of huge forward and switch 16s in store, and Spanish-Swiss young gun Thibault Magnin impressed with his catlike switch cork 360s. Meanwhile the legend himself, Candide Thovex was in the house all day, tossing tricks from double backflips to a zero spin to melt every skier’s heart, and snowboard Ruler of the Week Sebbe de Buck lapped the daunting “Launch Ramp” exclusively, with massive front flips and an absolutely mental double front that belongs in a history book somewhere in a chapter on “rad dudes doing awesome shit.” 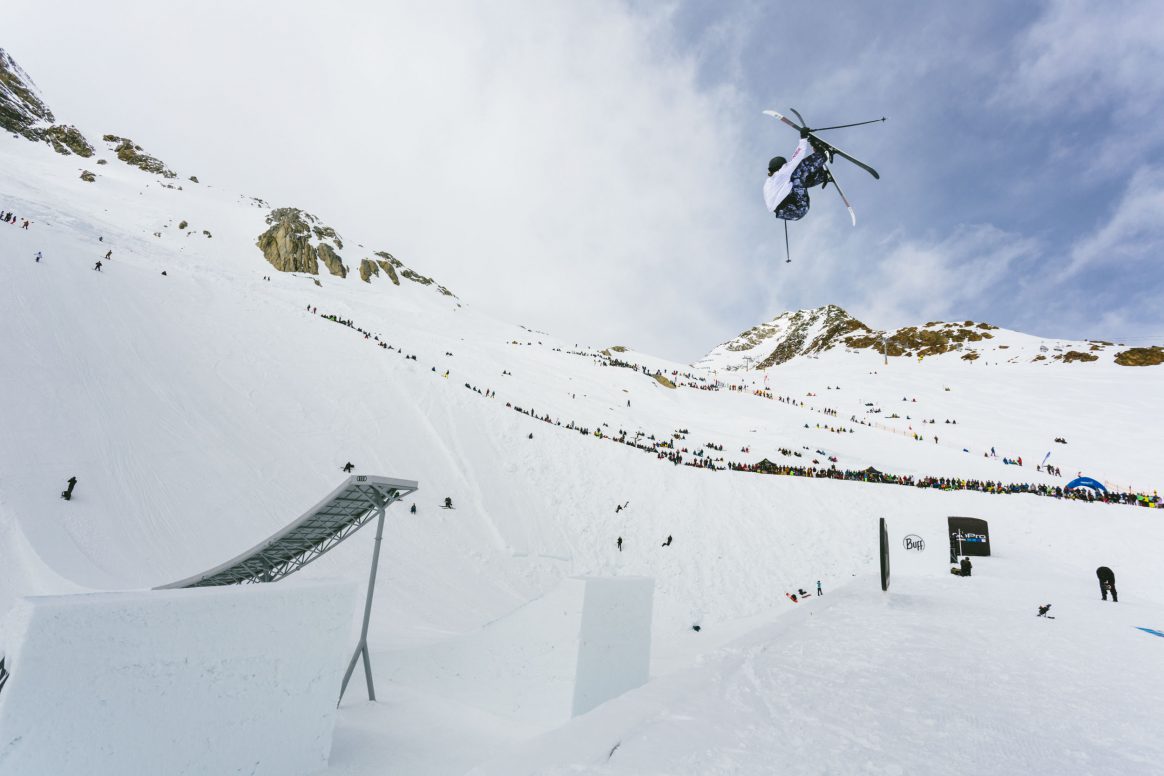 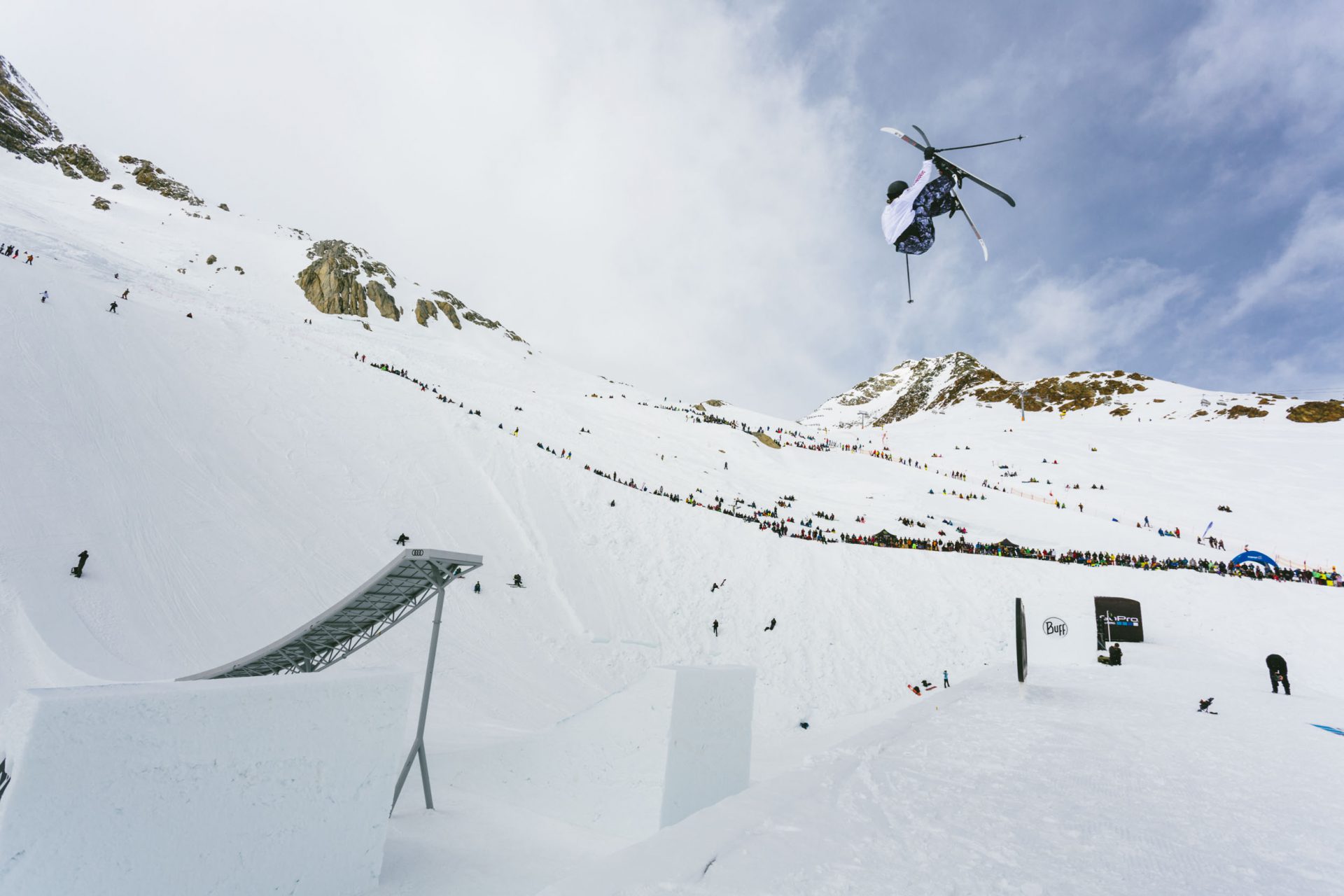 Thib Magnin kept the rotations to a minimum and style at the maximum with his switch cork 360. Photo: Malacrida 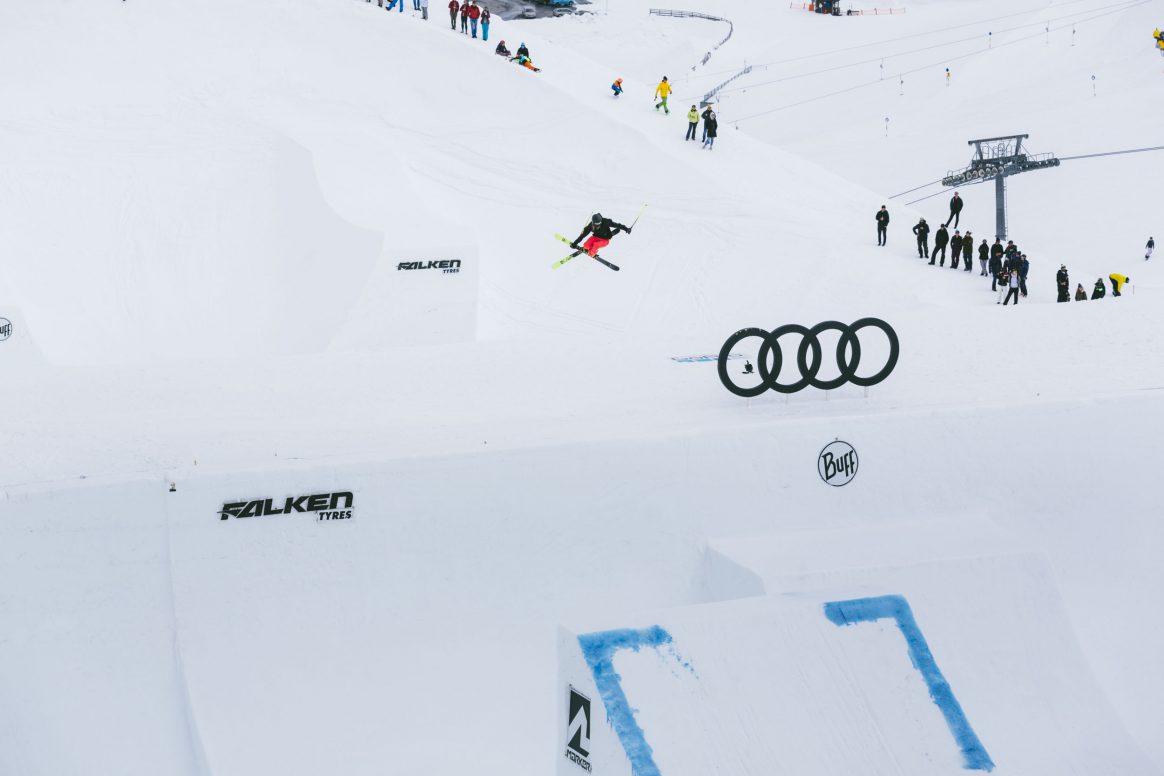 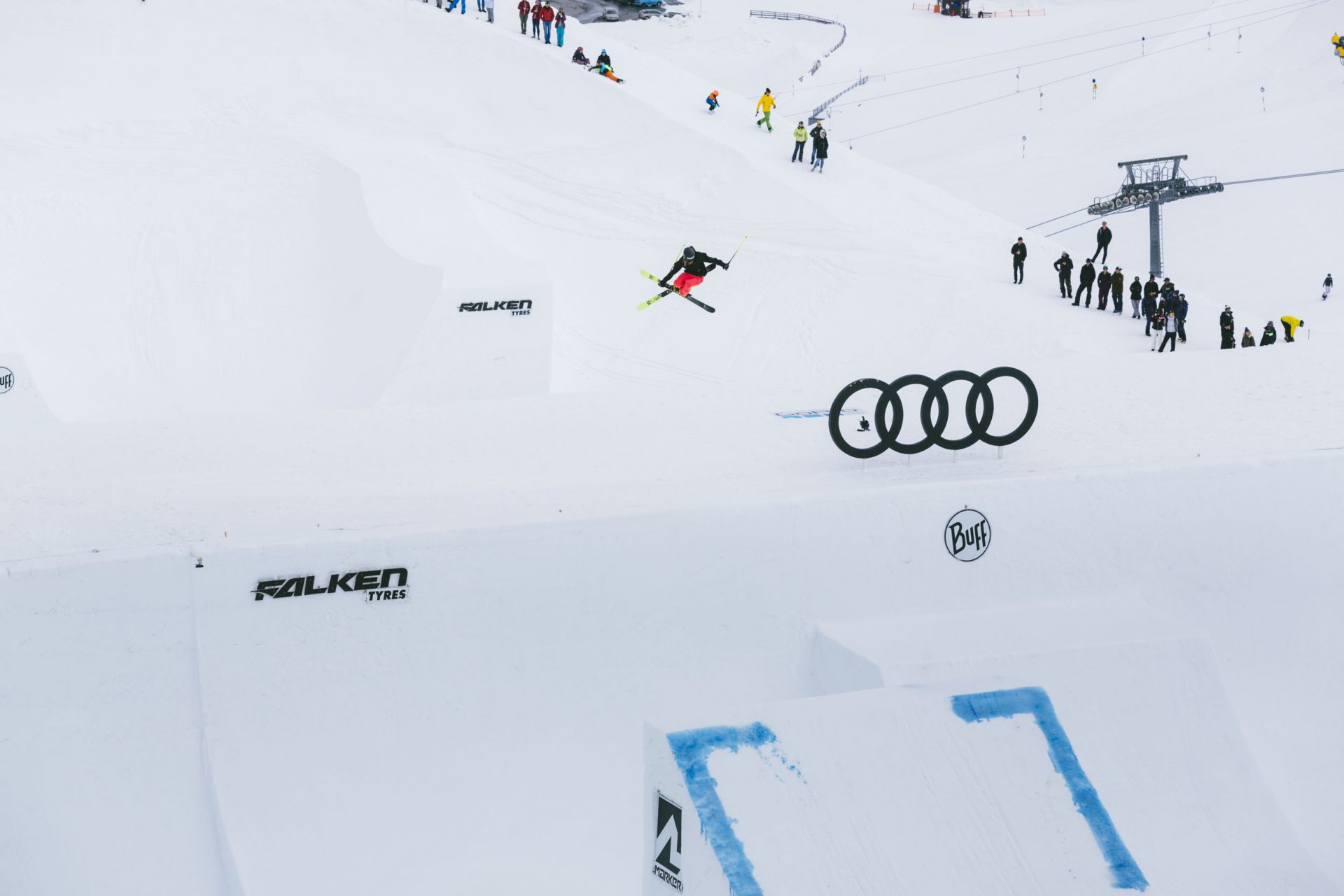 There was also a best trick contest on the quarterpipe to banked landing, won by Nico Porteous with either a switch double misty 10, or an alley-oop dub flat 10, take your pick. David Wise was also boosting huge on the hit, but took a hard fall while trying to land back into the quarterpipe transition, breaking his femur just days after setting a new world-record on the QP to banked landing. 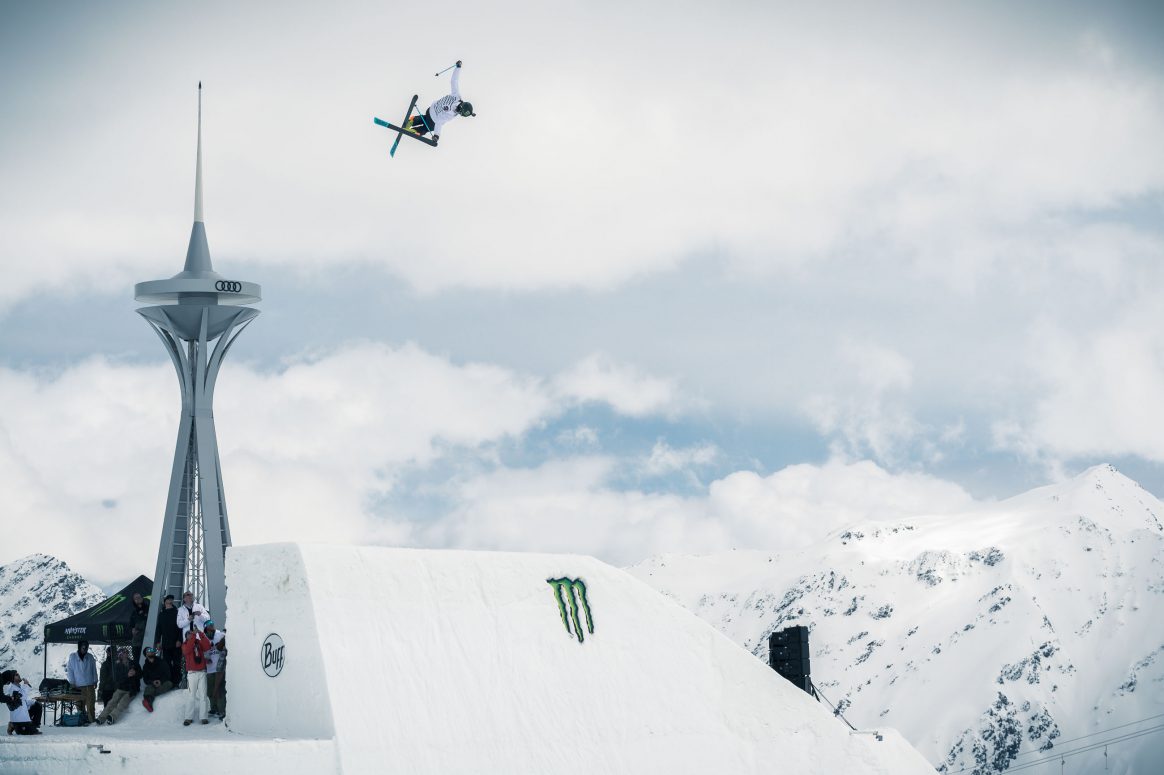 David Wise going over 10 meters out, just shortly before he took a nasty fall. Photo: Polzer

This year’s Nines was a literal and metaphorical roller coaster ride: from the huge airs and huge slams on the Launch Pad feature, to David Wise’s world-record air on the quarterpipe to banked landing and the controversy that accompanied it, and his unfortunate injury shortly after. We’ve still got more memorable stories to tell from this groundbreaking week in skiing, so stay tuned for more behind-the-scenes coverage.