FWT22: Competition heats up in Ordino-Arcalís

FWT22: Competition heats up in Ordino-Arcalís

Andrew Pollard floats a clean air on his way to the men's podium. Photo: Jeremy Bernard/FWT

The Freeride World Tour continued its 2022 circuit this weekend with a stop in sunny Ordino-Arcalís, Andorra, where competitors faced spring-like conditions on a new contest face.

Got a few hours to spare? Watch the full replay of the Ordino-Arcalís stop. (YouTube)

Ordino-Arcalís is one of the best venues on the Freeride World Tour. Given the unpredictable Pyrenean snow conditions, it’s often low-tide riding at its absolute best, mandating a creative approach to line selection. Anyone can send a 15-meter cliff into a hot tub of powder. How about that same cliff into melted corn? It reminds me of spring skiing, where you show up at noon, have a few beers with your friends, then spend the afternoon ripping around slushy spring snow, gapping grass patches and snaking between rocks. 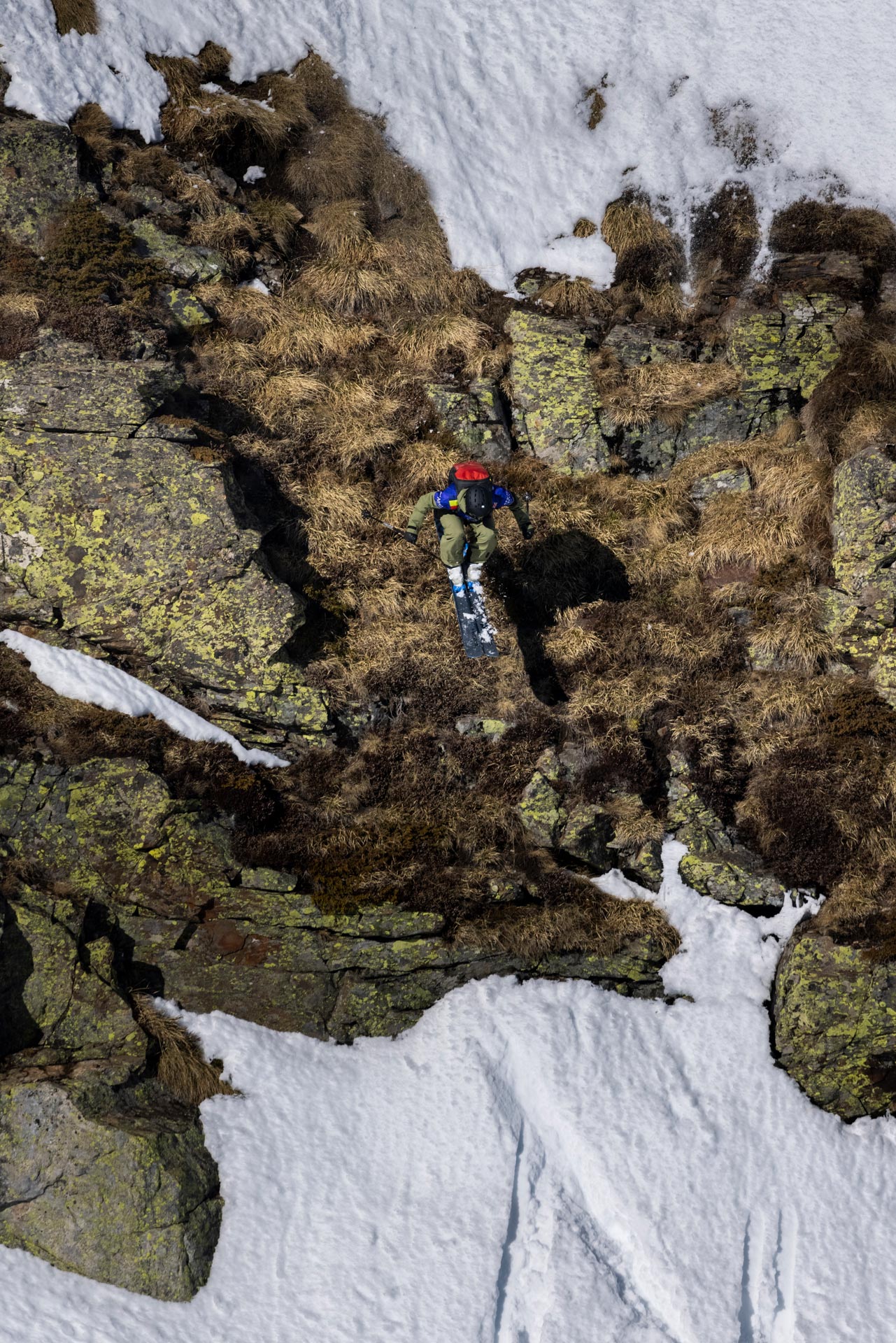 The Andorran Pyrenees also offer some of the most unique terrain of the Tour. The peaks are smattered with a random hodge-podge of interconnected snowfields and orange-brown rocks jutting out at odd angles. The faces are rockier, craggier and less approachable up high, with runnels and aprons blending gracefully into wavy wrinkles and folds lower down. These features provide near limitless options for freeriders and have catalyzed some of the FWT’s best action, from George Rodney’s knee-busting cliffs to flat to Sam Smoothy’s legendary 2015 run.

Due to the recent high-pressure system plaguing western Europe, organizers and athletes opted to hold the event on the slushy slopes of Pic de les Planes, yet another new venue at Ordino-Arcalís. Most resorts can count themselves lucky to have a single FWT-worthy venue at their disposal. Ordino-Arcalís has at least six. 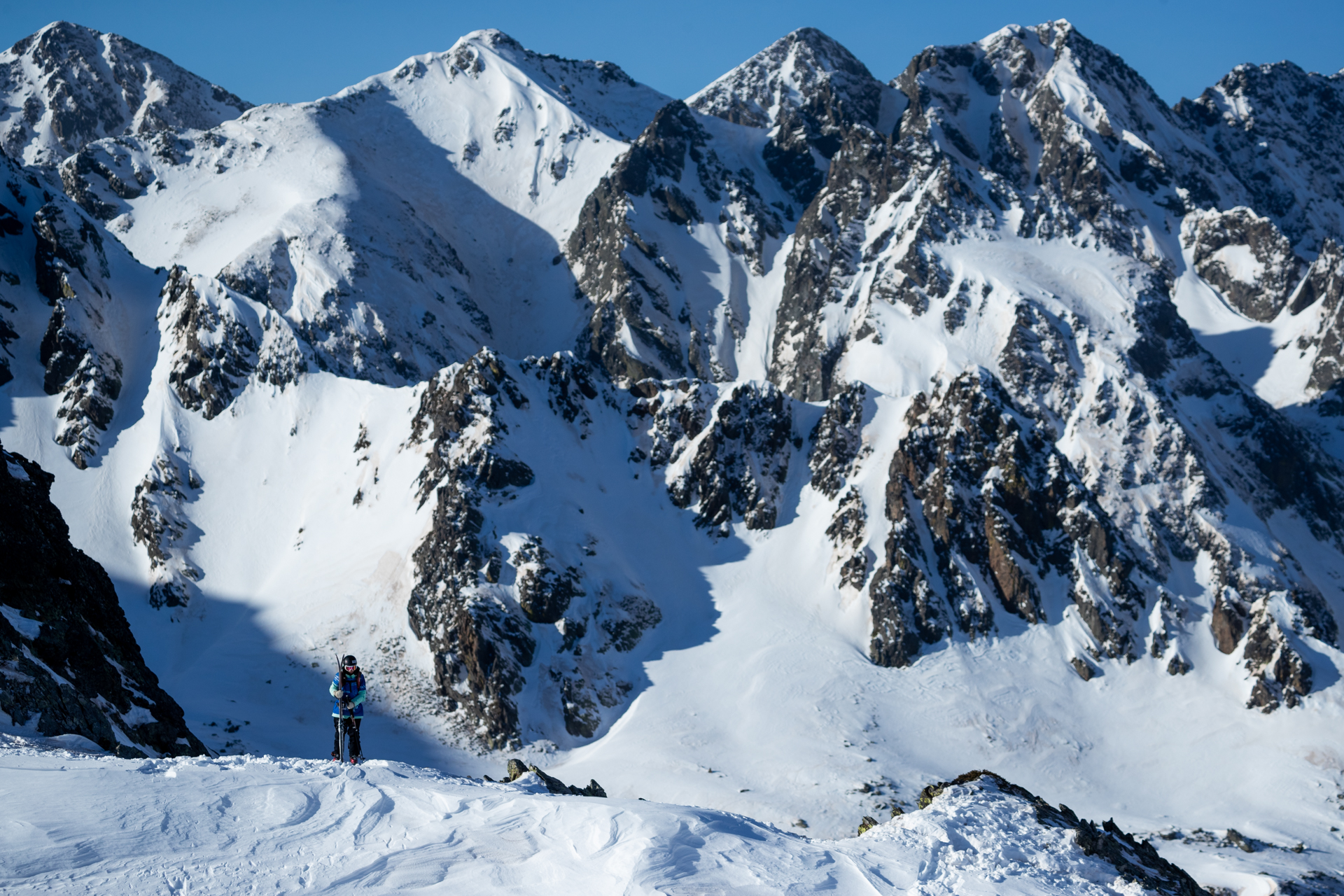 With the right snow conditions, the Andorran Pyrenees are a freerider's paradise. Photo: Jeremy Bernard/FWT

The new location equalized any advantage tour veterans might have had over the rookies. Snowsnakes, front-punches, shallow rocks, and high-siding complicated things further, taking out podium contenders like Wadeck Gorak, Craig Murray and overall leader Max Palm, the winner of last week’s event in Baquiera Beret. Local rider and event wildcard Joan Aracil briefly lost consciousness after a scary crash off an under-rotated backflip, and had to be helicoptered to the hospital.

Meanwhile, riders like Ross Tester, Andrew Pollard, and Maxime Chabloz capitalized on the conditions, bringing speed, style, tricks and cliff to the virgin Andorran face. In third place, Andrew Pollard brought his characteristic blend of technical skiing and freestyle prowess, throwing cross-court 360s and stomping cliffs with ease. Ross Tester followed up on a win at Andorra last year with another podium finish this year. Linking half a dozen features down the gut of Pic de les Planes, two backflips and a 360 landed the 2021 Rookie of the Year in second place for the day. 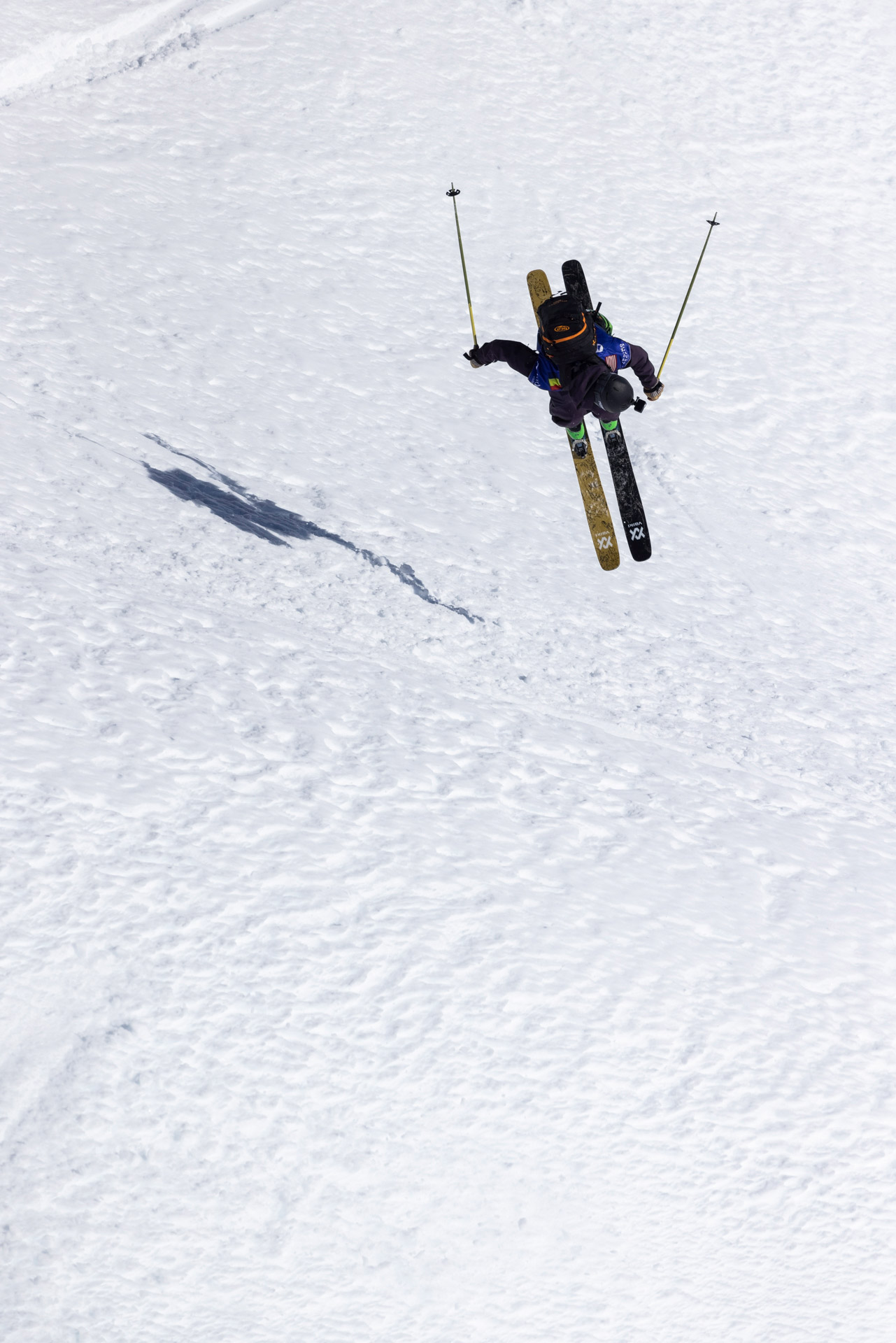 Professional kitesurfer Maxime Chabloz continued his impressive FWT debut. After a big 360 near the top, the Swiss rookie found a unique step-up, airing from the face up onto the ridge. He then cut back into the main face with a huge backflip off a blind drop, followed by another 360 for good measure. His speed, creative line choice and high-consequence freestyle elements earned Chabloz the top step on the podium. 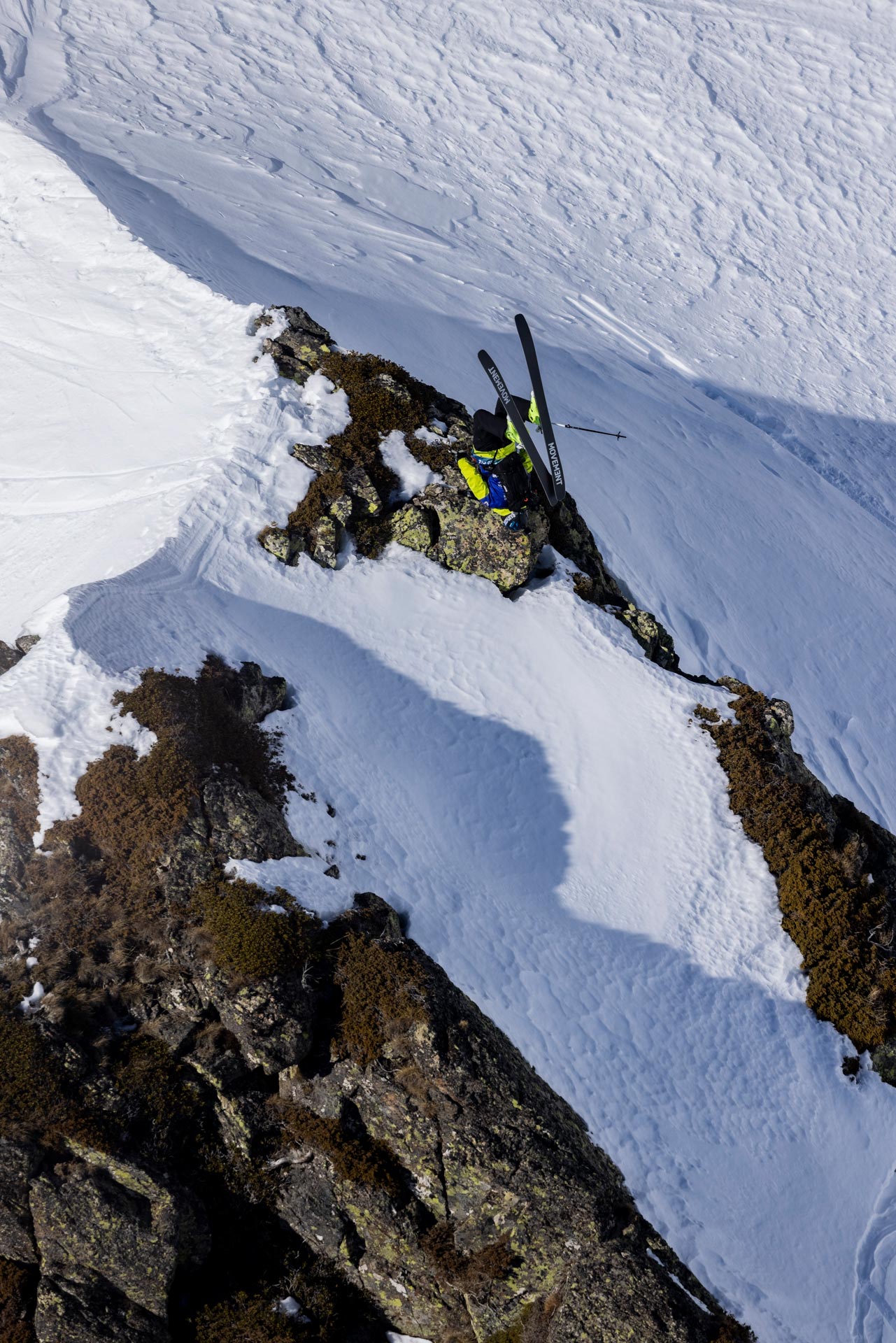 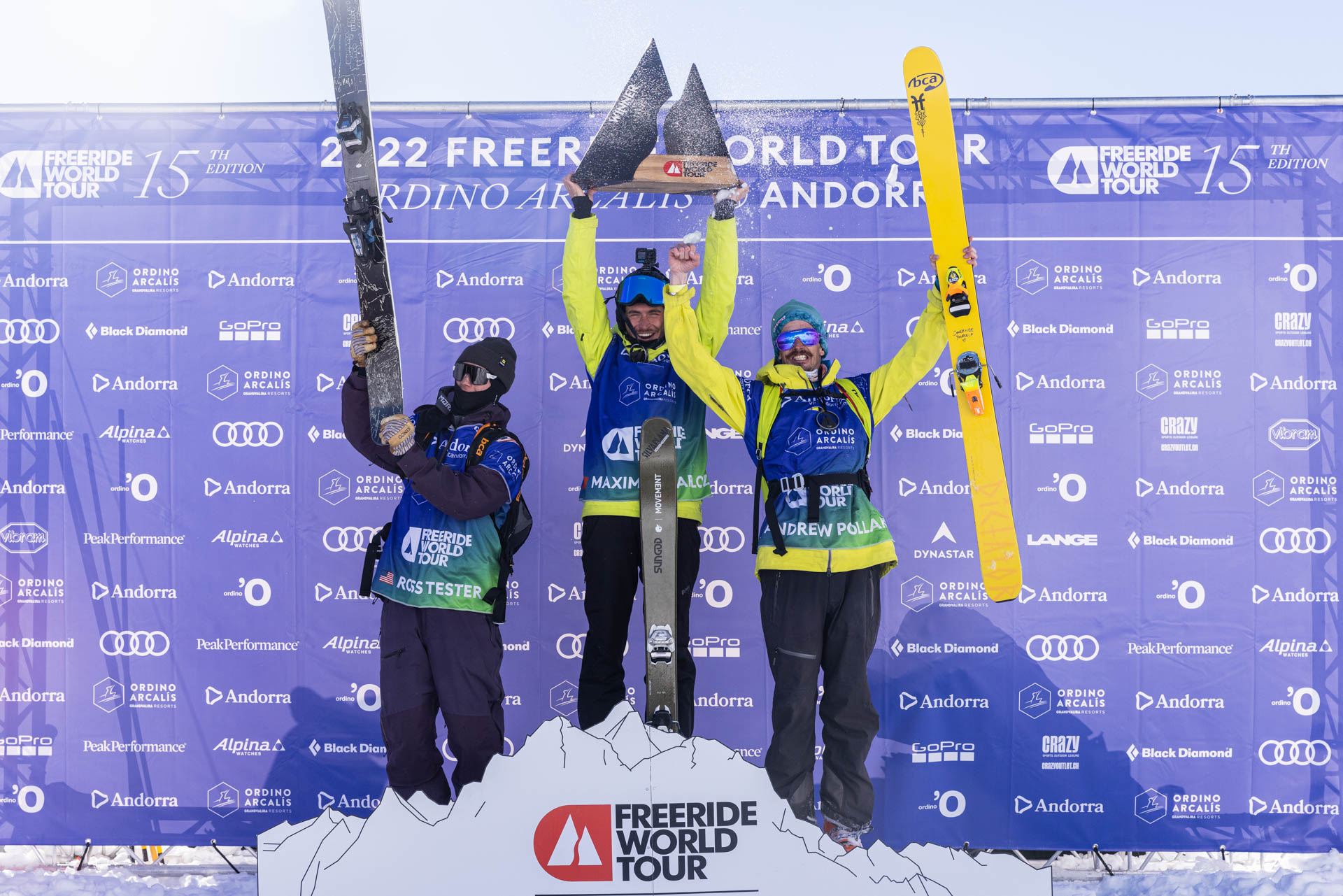 After the Ski Men wrapped up their contest, the Ski Women faced a stickier, slower and bombed-out Pic de les Planes. With a slower in-run, receding take-off and trenches in the landing, a single cliff ate nearly half the field, claiming Jaqueline Pollard, Juliette Willmann and Tracy Chubb (and almost Zuzanna Witych as well).

Jess Hotter, Elizabeth Gerritzen and Lily Bradley managed to conquer the same feature either by pre-jumping or sending different take-offs. Bradley cruised through the rest of the face, stomping chunky cliffs to land in third place for her first FWT podium. Brushing off last week’s crash, Elizabeth Gerritzen brought speed, slashes and solid airs in an inventive line that earned second place for the defending champion from 2021. 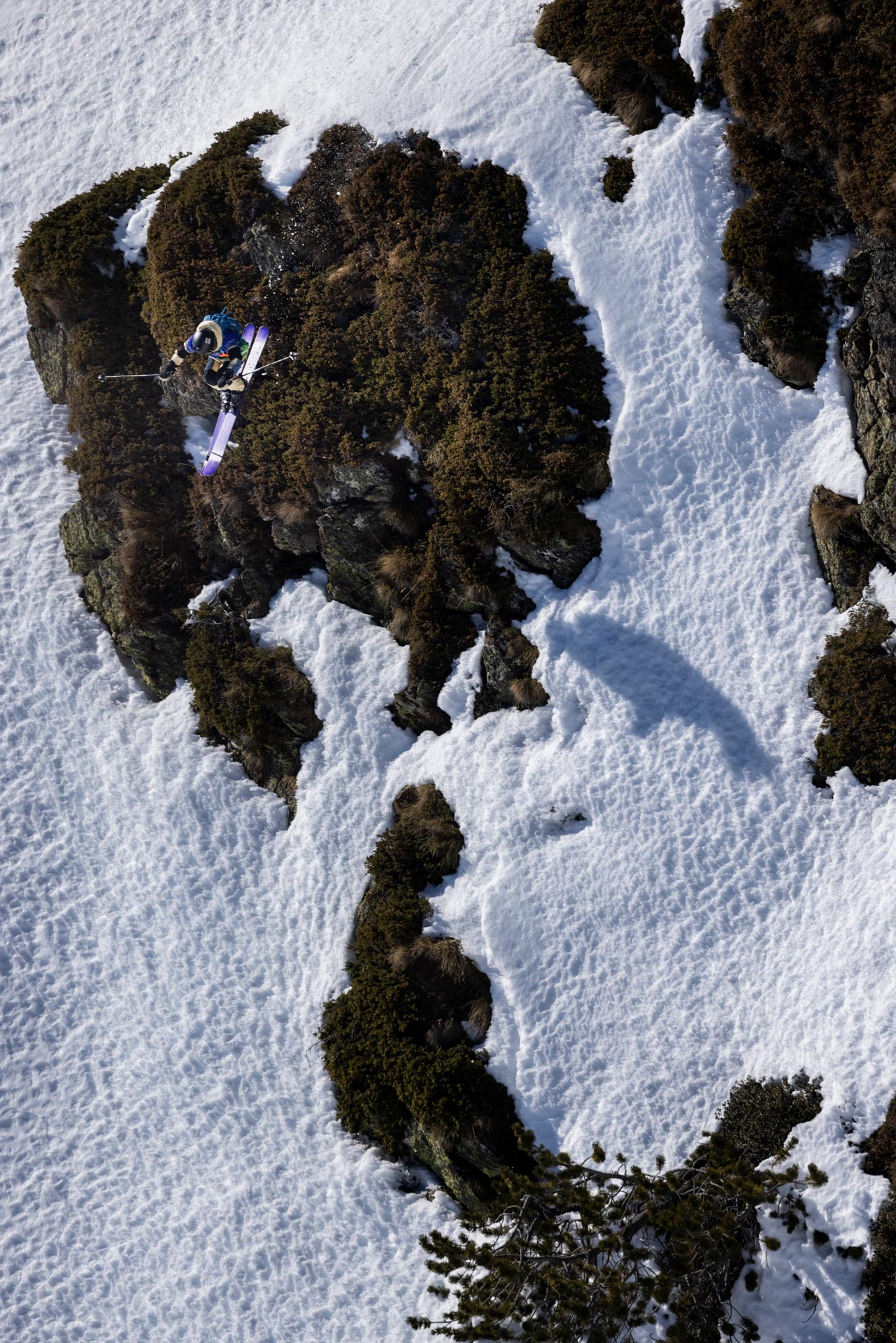 Elisabeth Gerritzen laces a clean drop on her way to a second-place finish. Photo: Jeremy Bernard/FWT 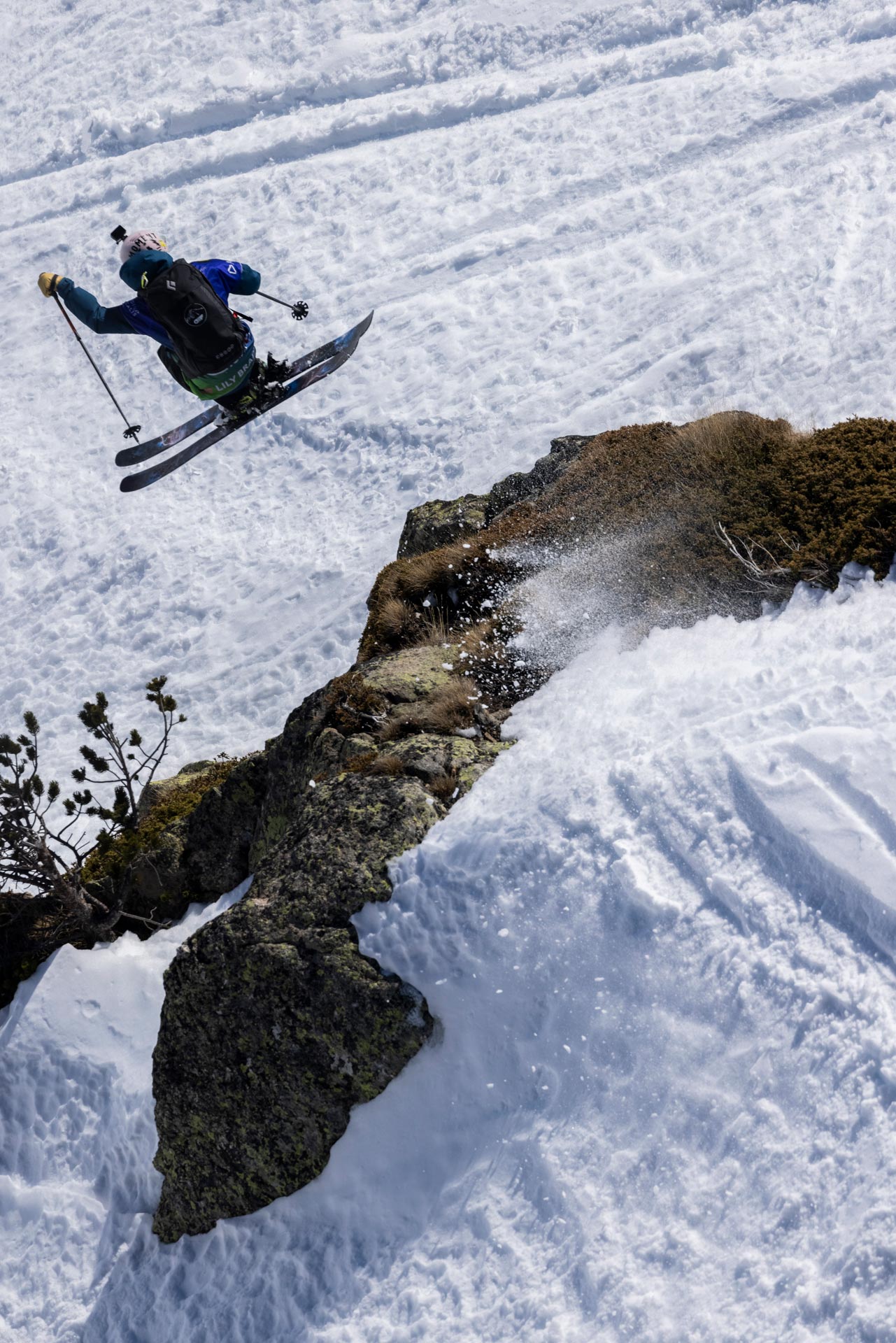 Does anyone ski variable snow better than the Kiwis? Absent from the FWT last year and following an unfortunate double ejection in Spain, Jess Hotter could not have asked for a better return to Andorra. Seemingly unbothered by sticky snow and sub-par takeoffs, she found clean takeoffs and landings on some of the biggest features of the day. Her run earned her first place, catapulting her into third in the overall ranking. 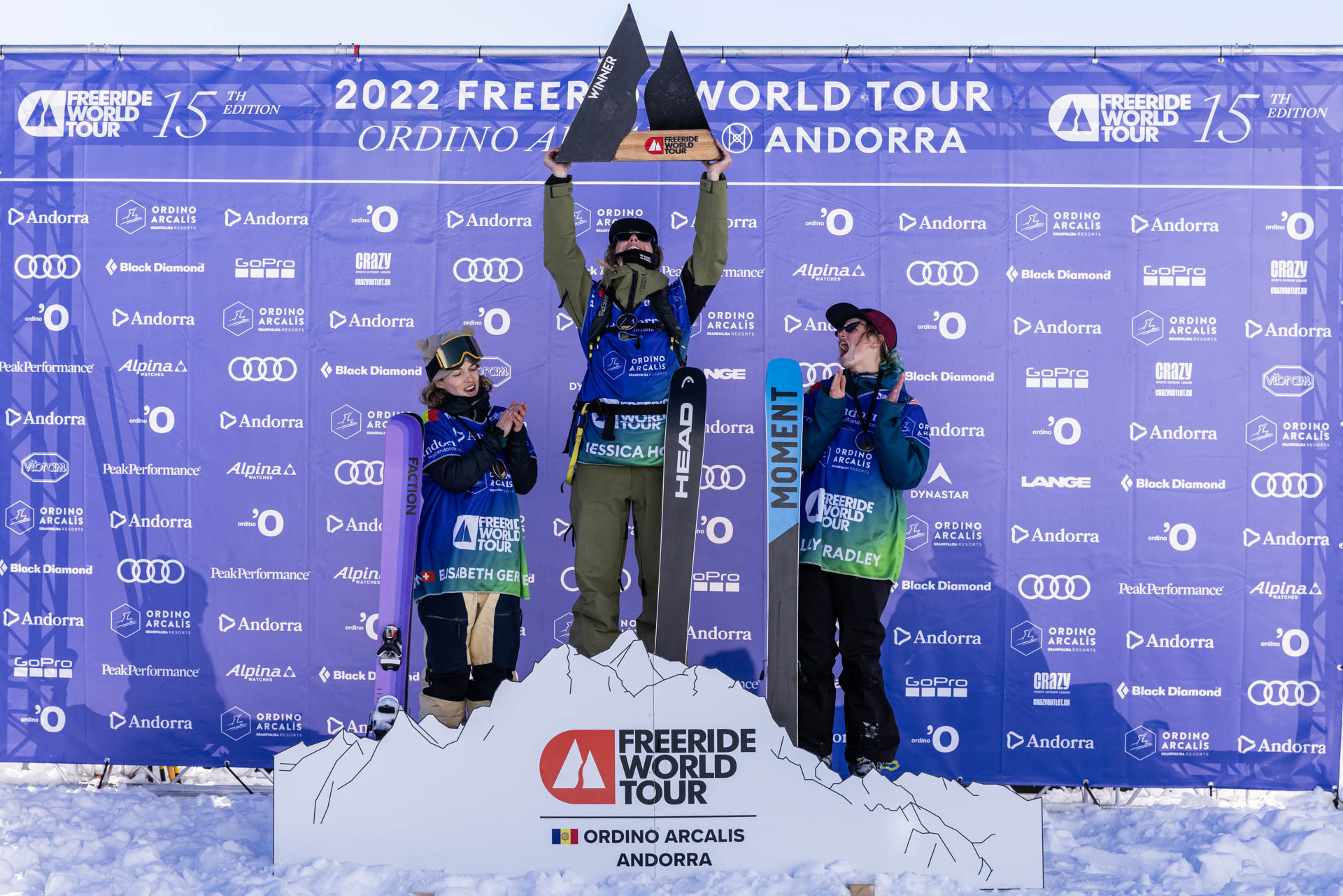 In a few weeks the Tour heads to the land of maple syrup, lumberjack flannel and cold, steep pow. The stop in Kicking Horse, British Columbia, Canada will be the last of three chances for athletes to qualify for the two-stop finals in Fieberbrunn and Verbier.