The votes have been tallied, and the people have spoken:

Nikolai Schirmer and Kelly Sildaru are the 2019 European Skiers of the Year!

Born out of a desire to recognize standout individuals in the passionate European freeskiing community, we’ve hosted European Skier of the Year contest presented by Monster Energy here at Downdays since 2014. From contest courses to content creators, ESOTY never fails up to serve up worthy candidates for the year’s top honors. 2019 was no exception, as  teenage contest titan Kelly Sildaru and climate-conscious freeride filmmaker Nikolai Schirmer swept to the top of our polls.

Read on to learn more about our winners! 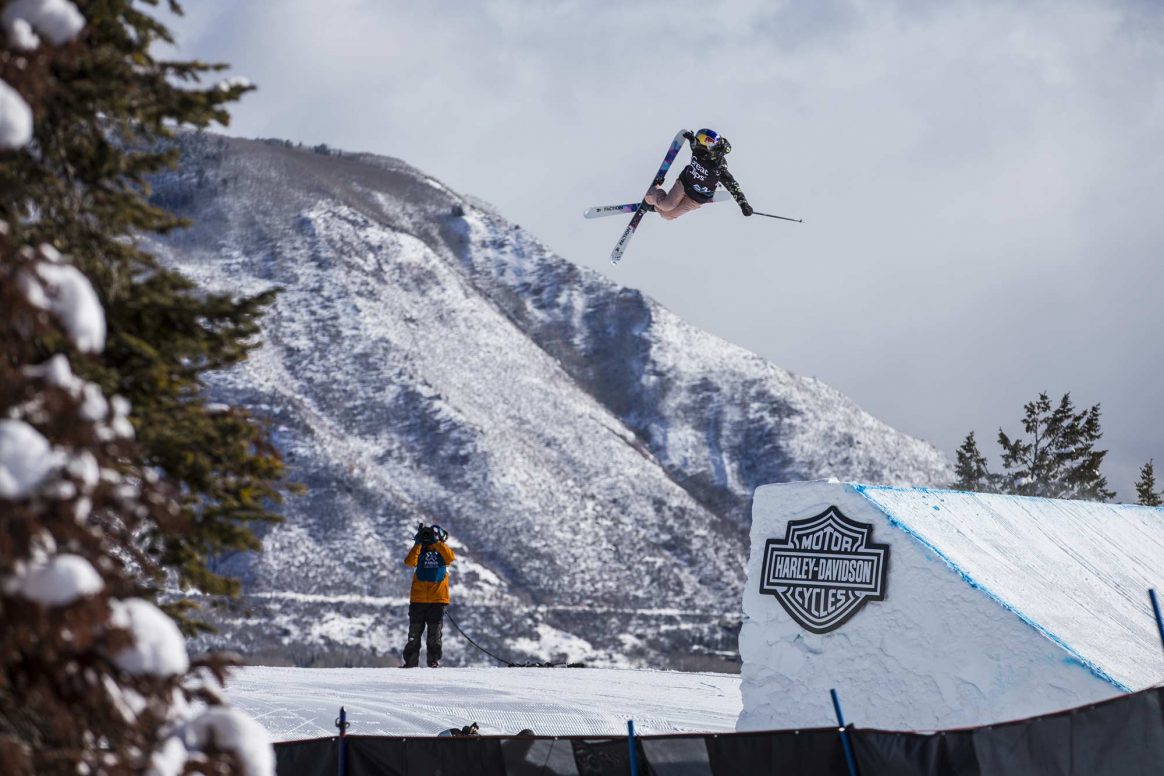 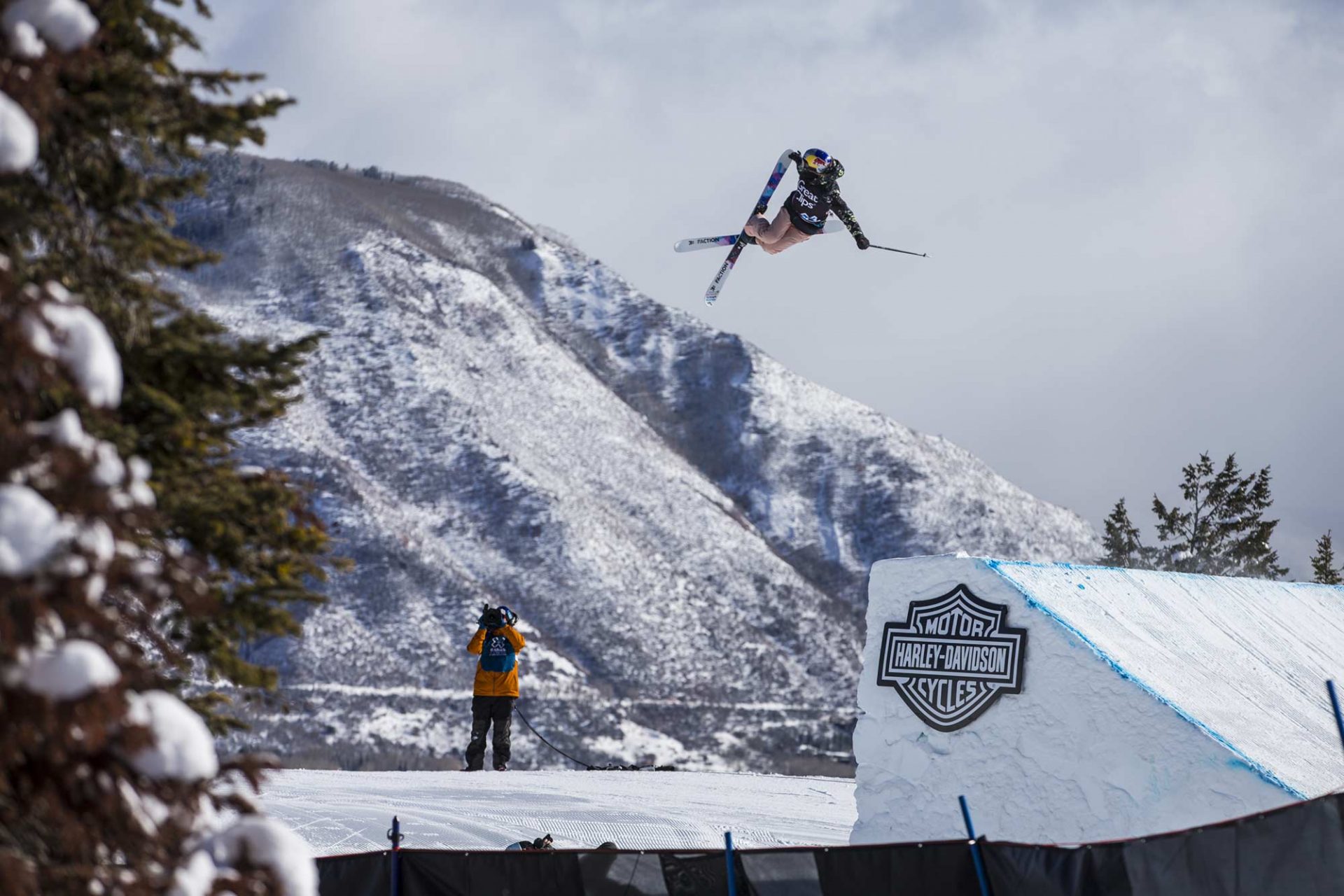 Kelly made history last year with a score of 99 points at the X Games slopestyle in Aspen. Photo: Christian Pondella/ESPN 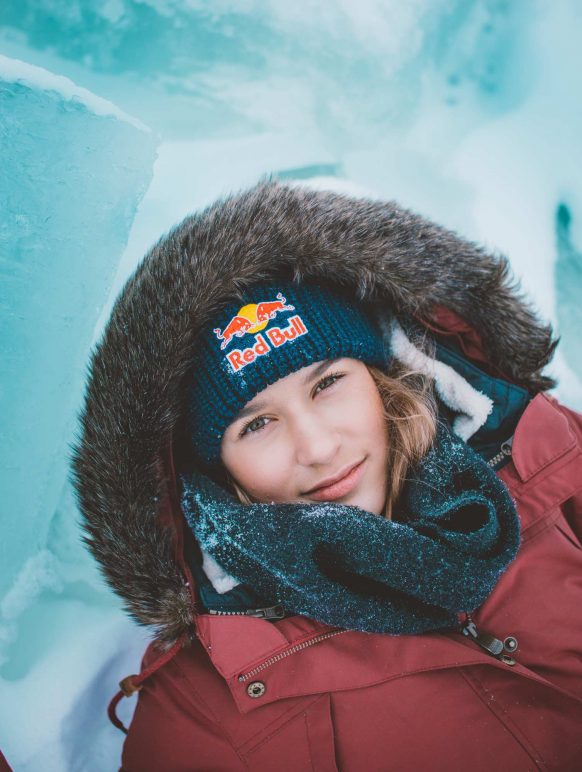 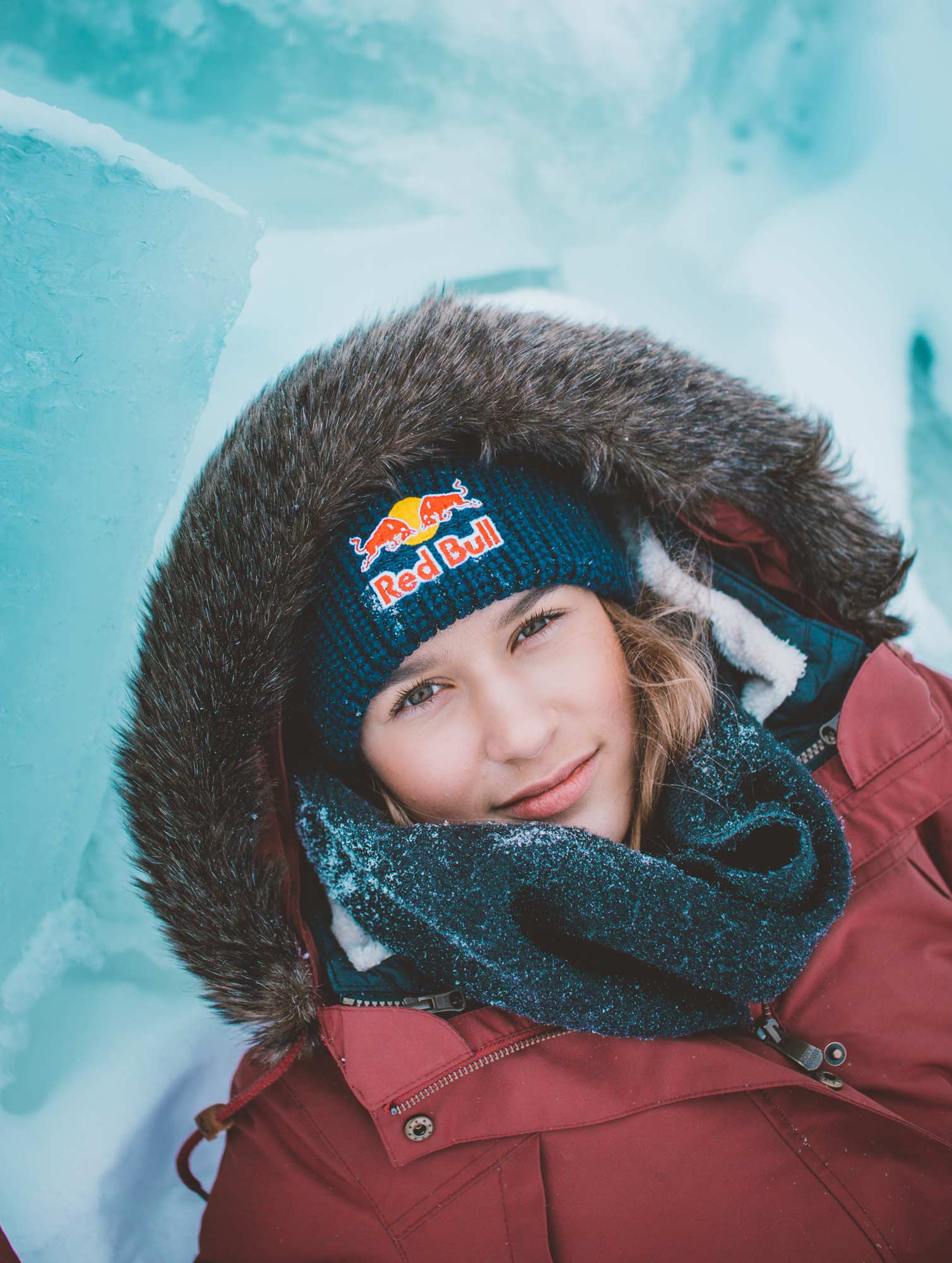 Now a three-time winner of the ESOTY vote, Kelly adds another feather to her cap after a triumphant season that saw her return from injury to dominate podiums in multiple disciplines.

After a torn ACL cut Kelly’s 2018 season and her Olympic hopes short, she came roaring back in 2019. This time around, not only as a tenacious big air competitor and the girl to beat on any slopestyle course, but also suddenly as a world-class halfpipe skier as well. At the 2019 Aspen X Games Kelly clinched Gold in slopestyle, Bronze in Big Air and Silver in halfpipe, becoming just the second woman ever to win three medals at one X Games. She added to that record with some big wins on the FIS circuit, including halfpipe Gold at the World Championships.

All these accomplishments to her name, and still a 17-year-old in high school, Kelly has a lot to look forward to. We gave her a call between classes to congratulate her on her ESOTY win. 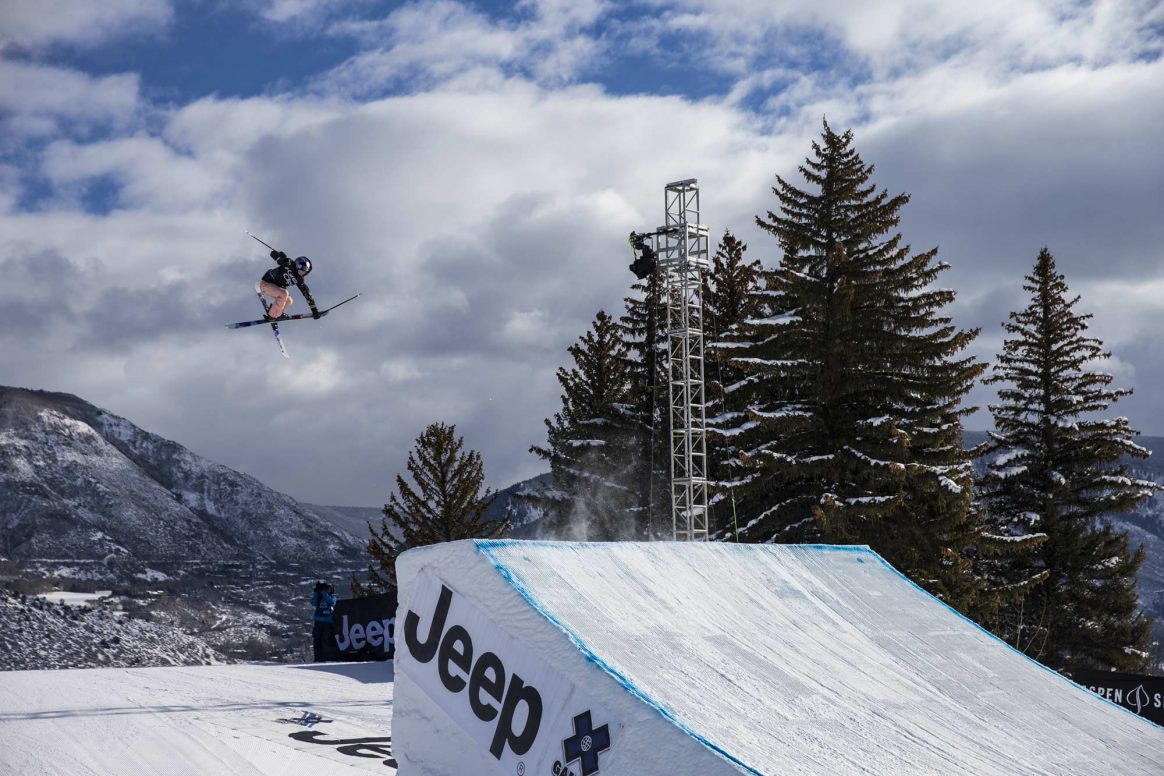 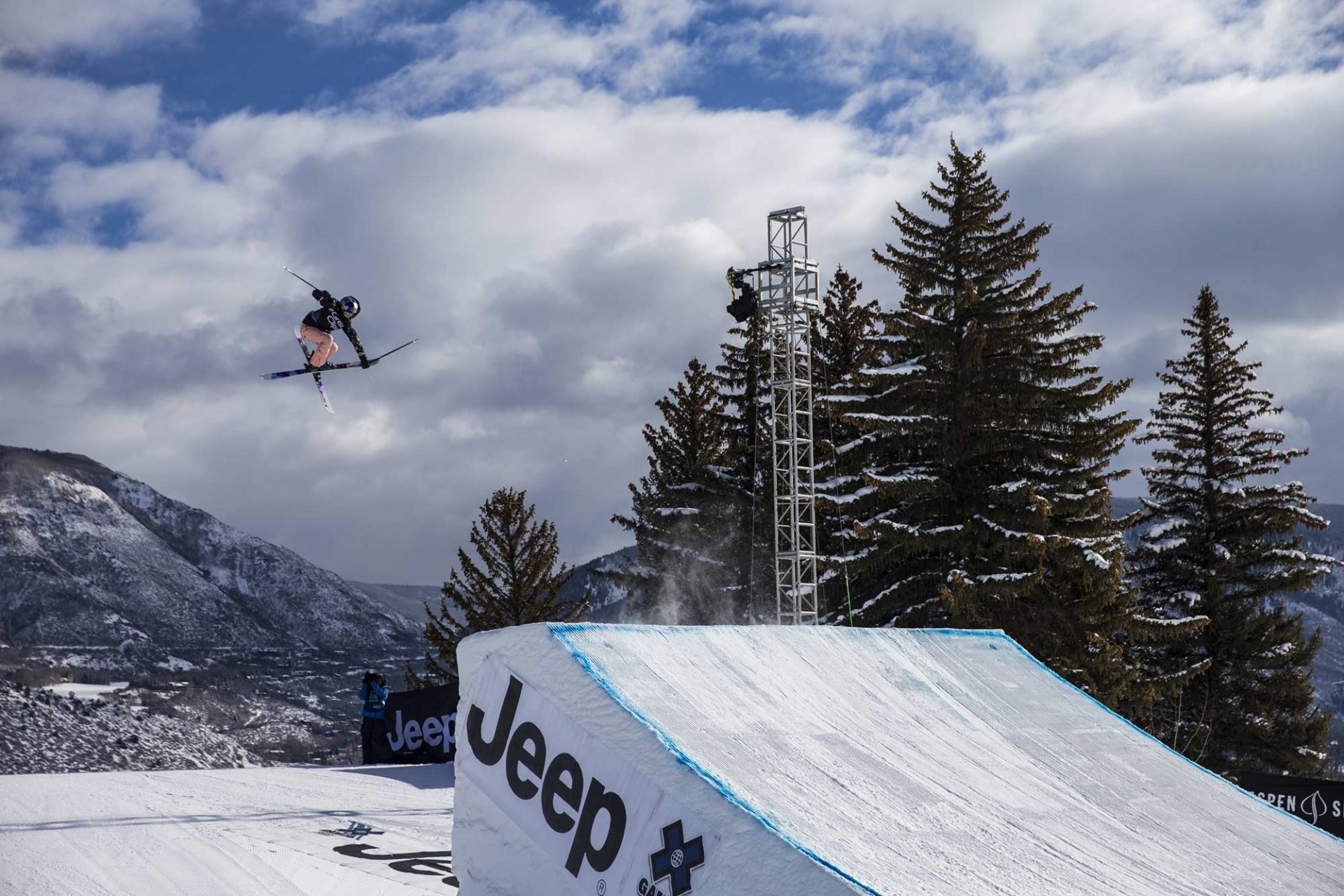 Hey Kelly! How does it feel to be voted European Skier of the year?
It’s really amazing to have so many supporters and friends who voted for me. It really means a lot to me.

2019 was a big year for you. What’s your most memorable moment from the season?
I think probably the X Games. I got three medals and 99 points in slopestyle, which was really great. I also became the world champion in halfpipe, which was great as well.

You surprised everyone with your near-seamless move into halfpipe skiing. Was it as easy a transition as it looked?
Actually it was a a bit hard, especially at the beginning. At the X Games I did three disciplines, so I had three contests within 26 hours. I was really busy, and my whole body was pretty sore and tired. But I think it all was worth it.

Few skiers can handle the strain of competing in three disciplines. Do you think you’ll keep it up?
Yeah, I’m planning to do the same this year, but be a bit smarter. Maybe not ski as much, or try to organize my time better, or do it differently. But I’ll be doing three disciplines again, so we’ll see how it goes this year.

It seems like you plan your time a bit differently already, only doing certain contests for example. Is that because of school?
It’s my second year in high school, and last year I recognized that high school is much different than middle school. Last year was so hard for me, and if I want to graduate on time, I figured I should focus a little bit more on school. So that’s what I’m doing right now, more school, and just doing the most important competitions, the biggest ones. I’m still training at home, but not skiing as much.

Do you have a normal school schedule, or a special winter sports program that lets you travel?
No, I’m doing normal school.

How much longer do you have in school? Do you have any plans for afterward?
I’ll be in high school this year and next year as well, so a year and a half more. I really want to go to university, but I don’t think I’ll go straight after high school because I’m not sure what I want to study. Maybe I’ll just take some time off and focus more on skiing. 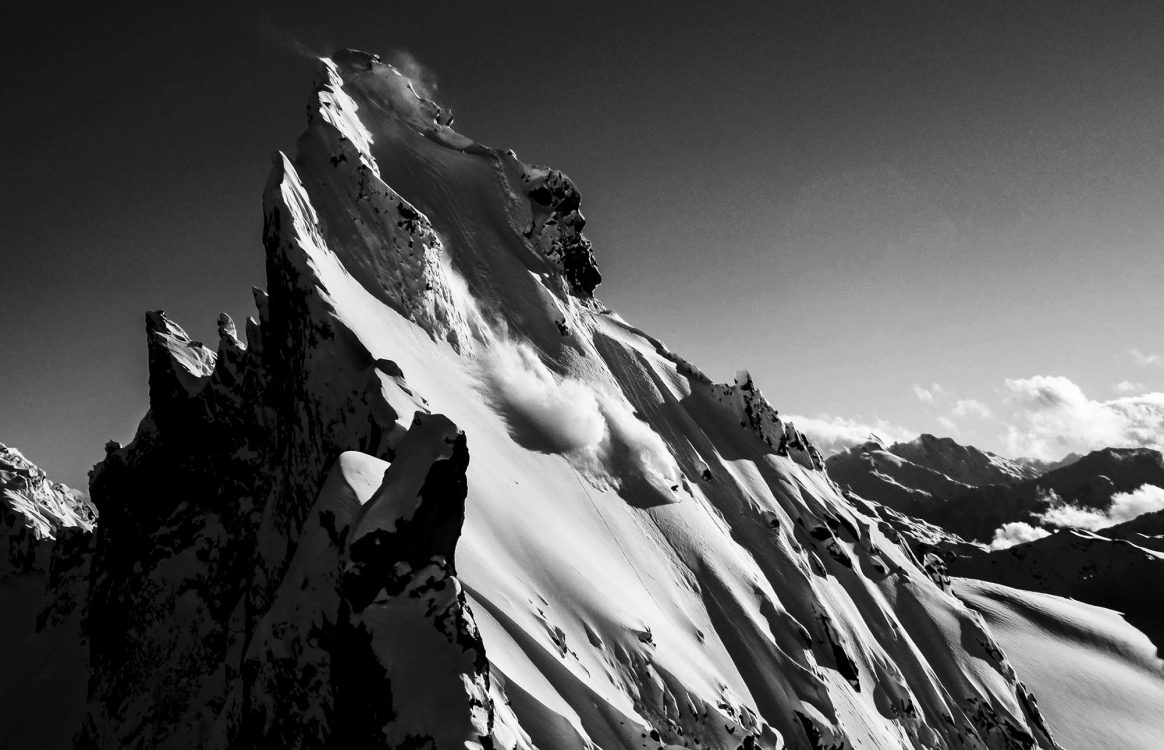 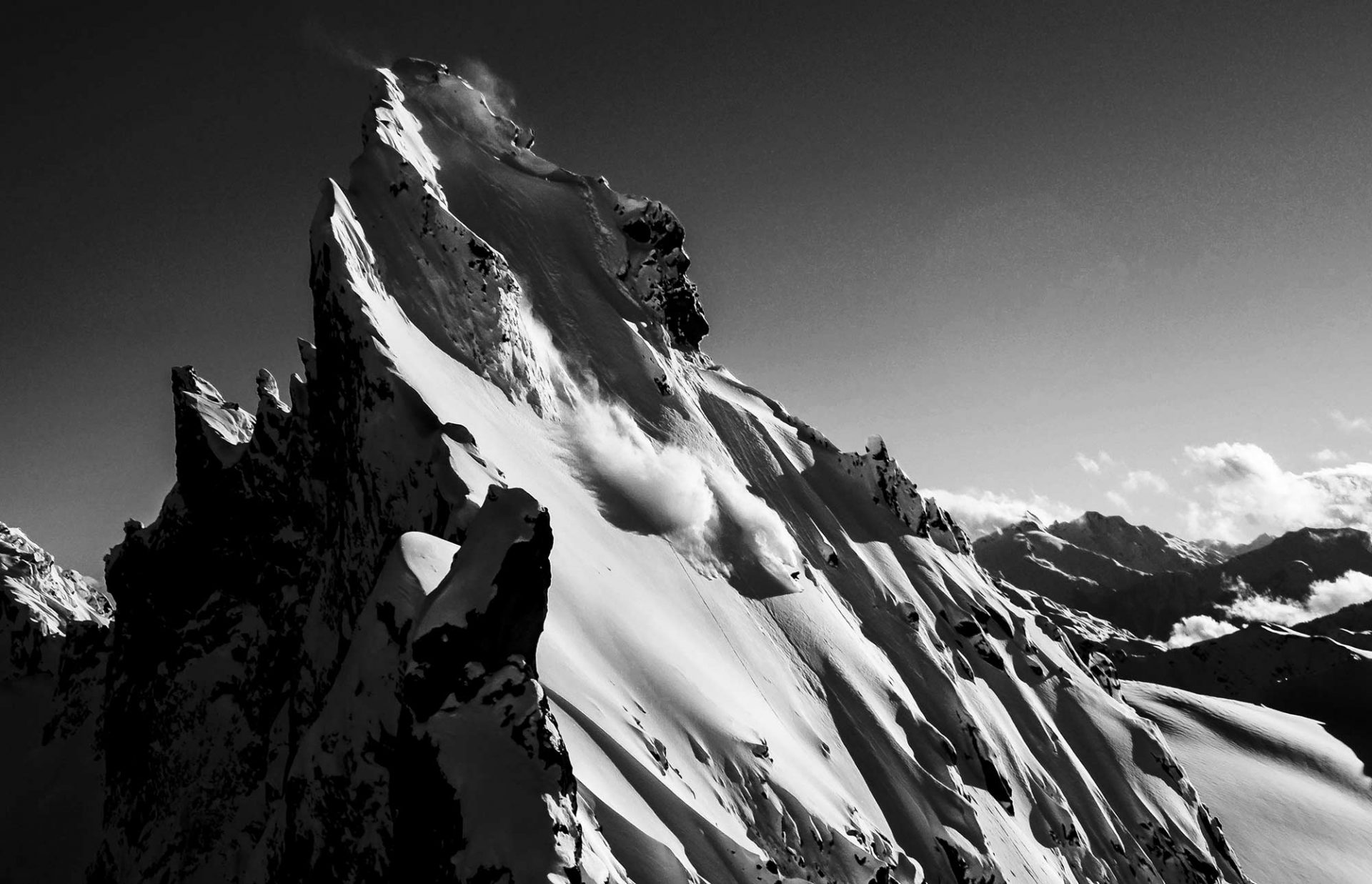 Nikolai Schirmer is on a mission to ski the gnar, while reducing his footprint in the process. Photo: Flynn Media Productions 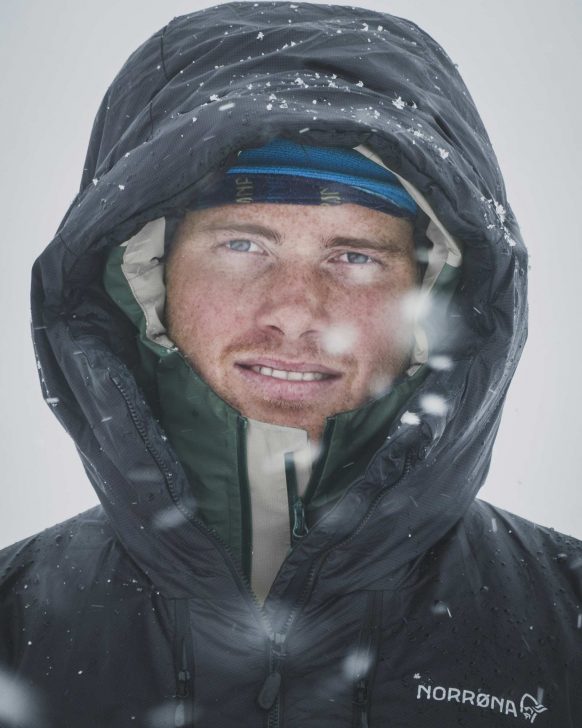 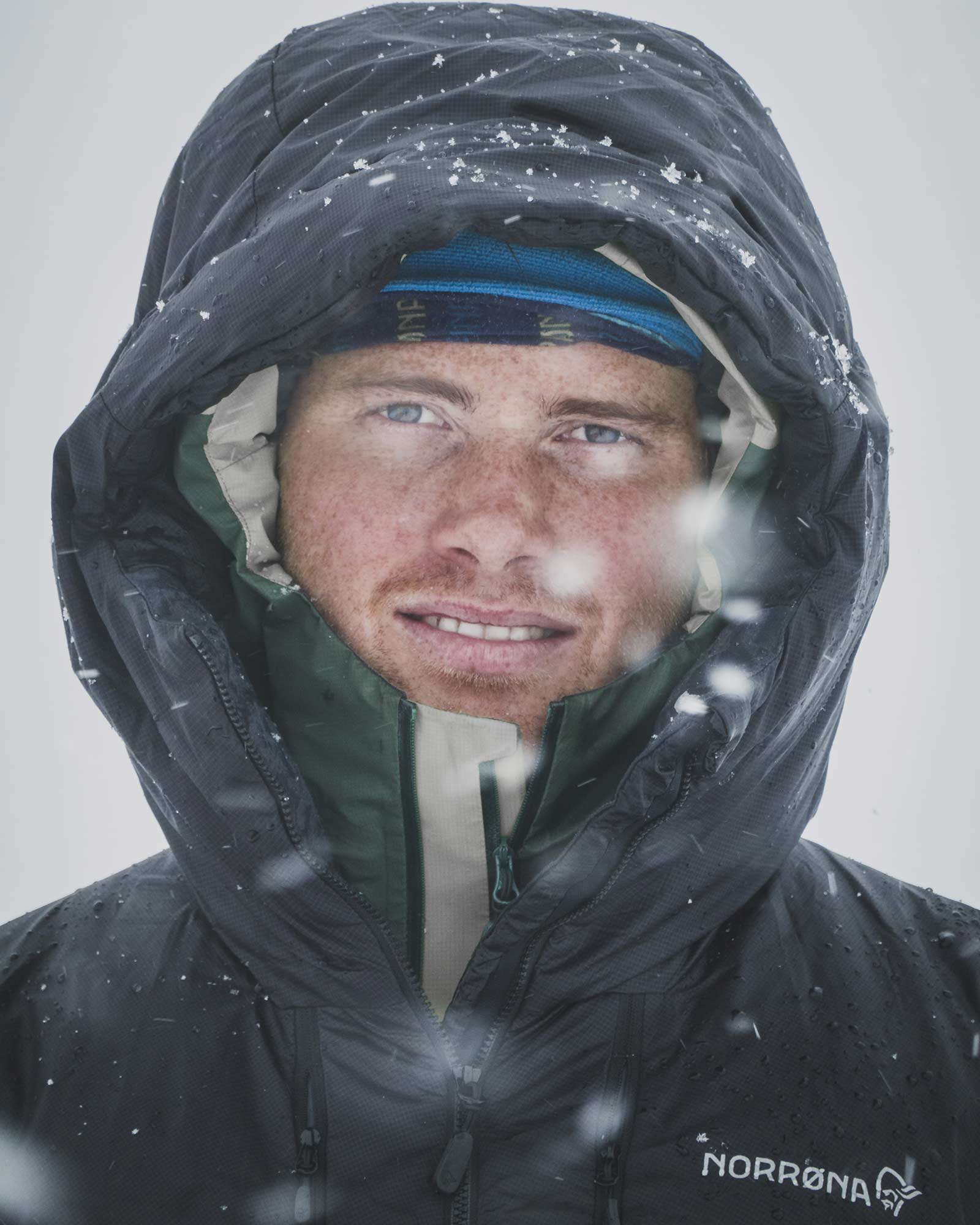 A dark horse in this year’s ESOTY running, Nikolai Schirmer’s talents both as a filmmaker and a skier carried the day, as voters propelled him past heavyweights like Henrik Harlaut in the semifinals and Markus Eder in the final round. In a normal year, ESOTY often turns into a slugfest between the freeride and freestyle sides of the sport. Nikolai tossed a wrench into that narrative, claiming the top spot as an independent skier and producer who’s been praised as the “best ski content creator on the Internet right now.”

Even if you haven’t heard his name before, Nikolai didn’t come out of nowhere to steal this contest away. He’s got a well-earned reputation as a hard-charging freerider to be reckoned with, a history in competitive freeride and adventurous seasons under his belt in ski meccas like Chamonix and British Columbia. In recent years, Nikolai turned his attention towards filmmaking, as well as his carbon footprint as a professional skier—passions that converged in his three-part webisode series “Endless Winter.”

Last year Nikolai set himself the simple but challenging goal of reducing his carbon emissions by two thirds, while still skiing better than before—a goal that he accomplished admirably, and often astonishingly, throughout Endless Winter. Nikolai and his team went above and beyond in 2019—all without the benefit of long-haul flights, helicopters or snowmobiles, but bolstered instead with a rock-solid crew of splitboarding shred buddies, an adept camera crew, clean Norwegian hydroelectric energy and Nikolai’s passion for authentic storytelling.

Nikolai was on his way to dinner with friends in Chamonix when we gave him a call to congratulate him on his win. 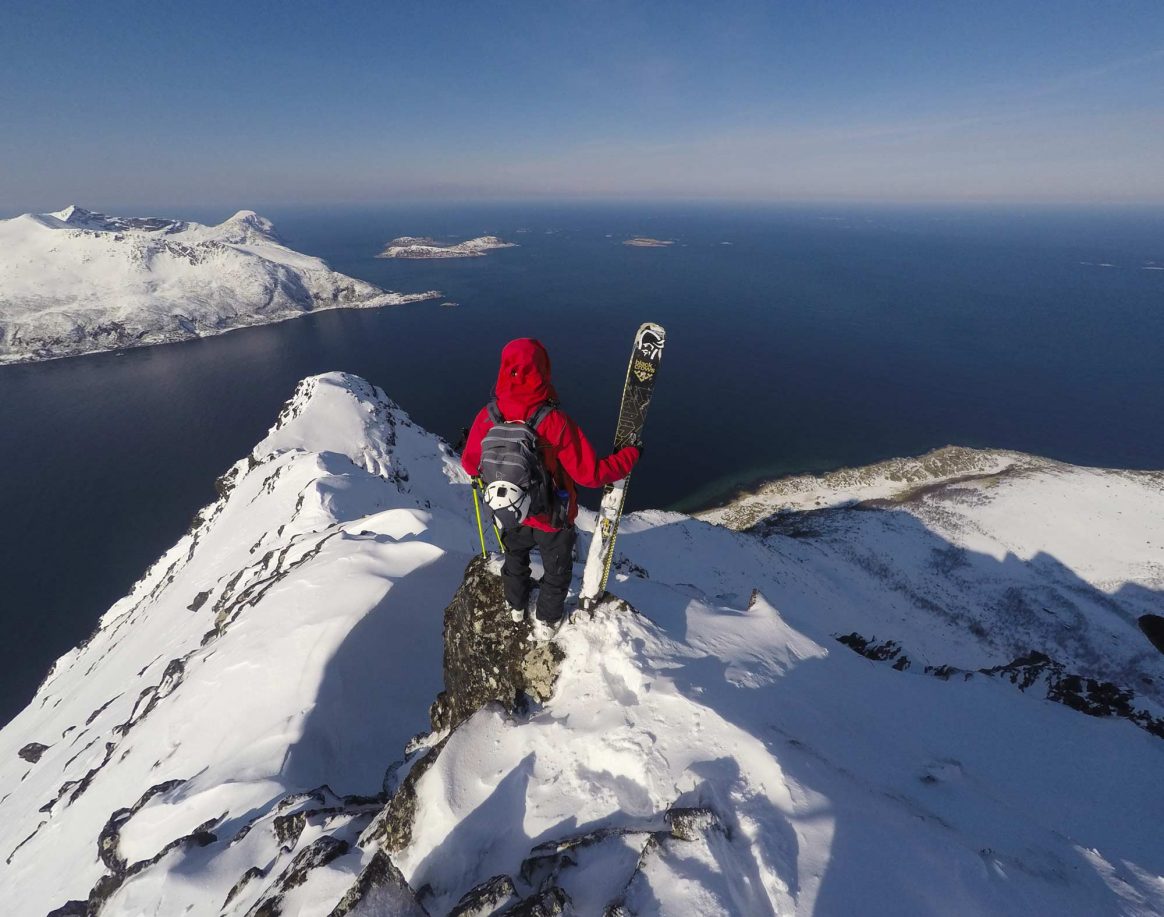 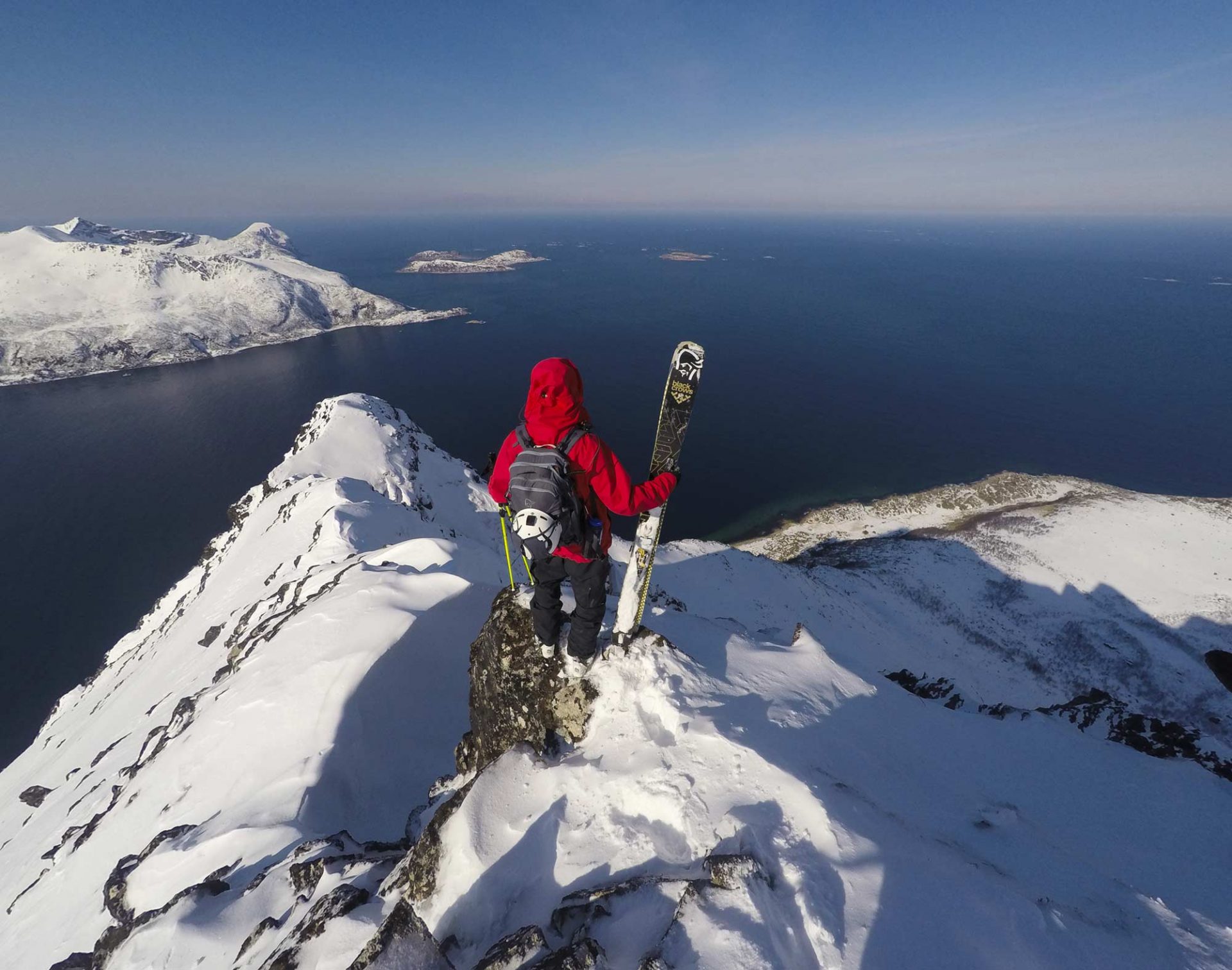 Hey Nikolai! How does it feel to be voted the European Skier of the Year?

It feels really good! It feels surprising. I’m grateful that people voted for the work that we put in last winter on the Endless Winter project and the other things I’ve been doing. It’s something that I never thought would happen. It was like when I was nominated for the Powder poll this year; I was like, “Sure, that’s nice, but I’ll never win it.” I had the same feeling here, so to walk away with the victory is mind-blowing.

Your win probably has a lot to do with the Endless Winter project, your experiment to limit your carbon emissions while skiing harder than ever—a feat you pulled off in fine fashion.

Another reason why I think people paid attention to it—we’re to over 700,000 views on the series now—is that I really tried to work on my storytelling as as a filmmaker, and really try to convey a true experience of what it’s like out there in the mountains. And then wrap that up in this whole carbon quest. I’ve had a lot of people tell me that it’s cool to see that we’re actually scared when we’re on top of the lines, and I really wanted to convey all the doubt, both when it came to trying to reduce my carbon, but also just skiing the lines we’re skiing.

The fact that you filmed most of Endless Winter in northern Norway stands out as a major feat. Would it have been easier if you’d been based in Cham or Innsbruck?

Northern Norway definitely has its challenges. It doesn’t snow all that much, and the sun doesn’t rise for two months mid-winter. At the same time, the mountains are crazy, and there’s this feeling of wilderness that you don’t get in the Alps.

I didn’t think we would be able to do better than the second chapter, which we filmed in Austria, but the late season around Tromsø really was better. We explored this new zone on the south side of the Lyngen penninsula, and the mountains there were just next level.

Your growing clout as a filmmaker helped you win this contest. It’s a hard feat to beat guys like Henrik Harlaut and Markus Eder who compete on big contest circuits. But you’ve carved out a niche for yourself as an independent creator. I guess we could call you a YouTube star!

[Laughs} A small YouTube star—I just got over 10K followers this past week. But yeah, I’ve been conscious of that. I did try a few comps for a while, I was in the [Freeride World Tour] qualifiers and tried to do that. But I was also doing film the whole way—even with my biggest sponsors, I was mainly doing film for them at first. I just love skiing, so I wanted to do more of that. And I sort of realized a few years back that what I’m good at is filmmaking and skiing. The combination there is more special than just the filmmaking, or just my skiing.

Personally I consider both Henrik and Markus to be way better skiers than I am. So it’s nice to see that the conceptual framework of the skiing plays into it for people, that they recognize how you frame your skiing. That’s great, because we did put a lot of work into the Endless Winter project. 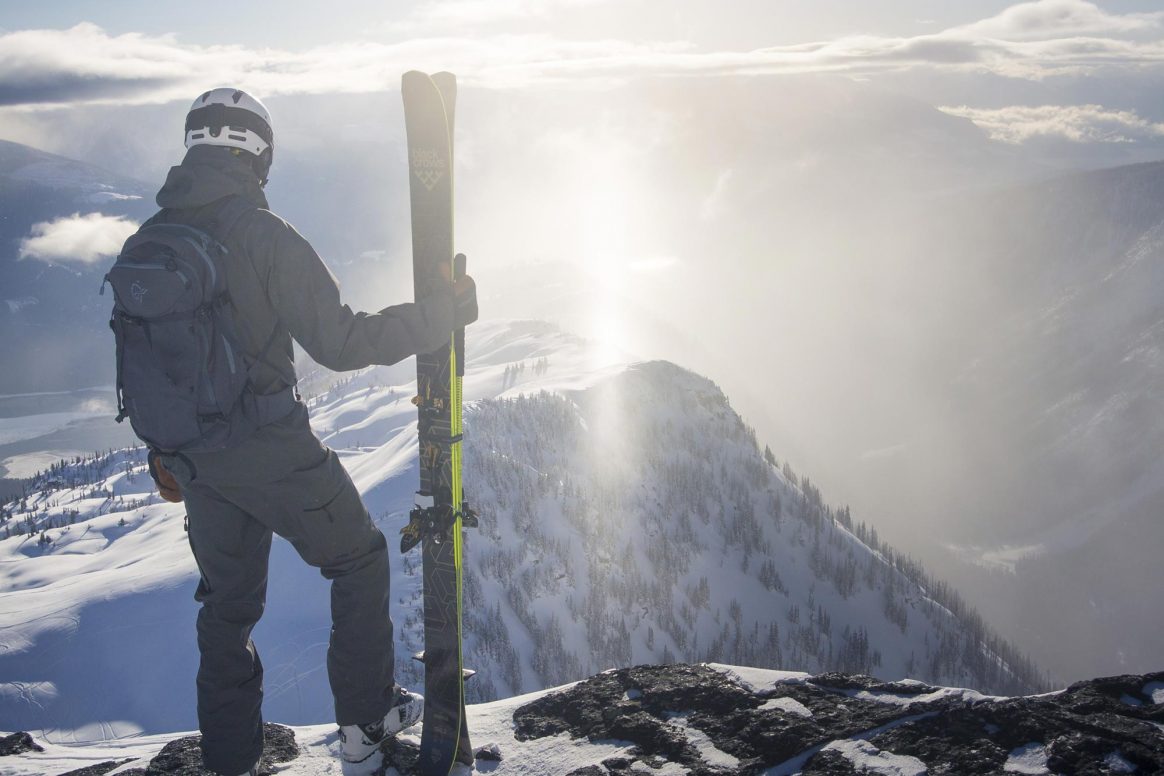 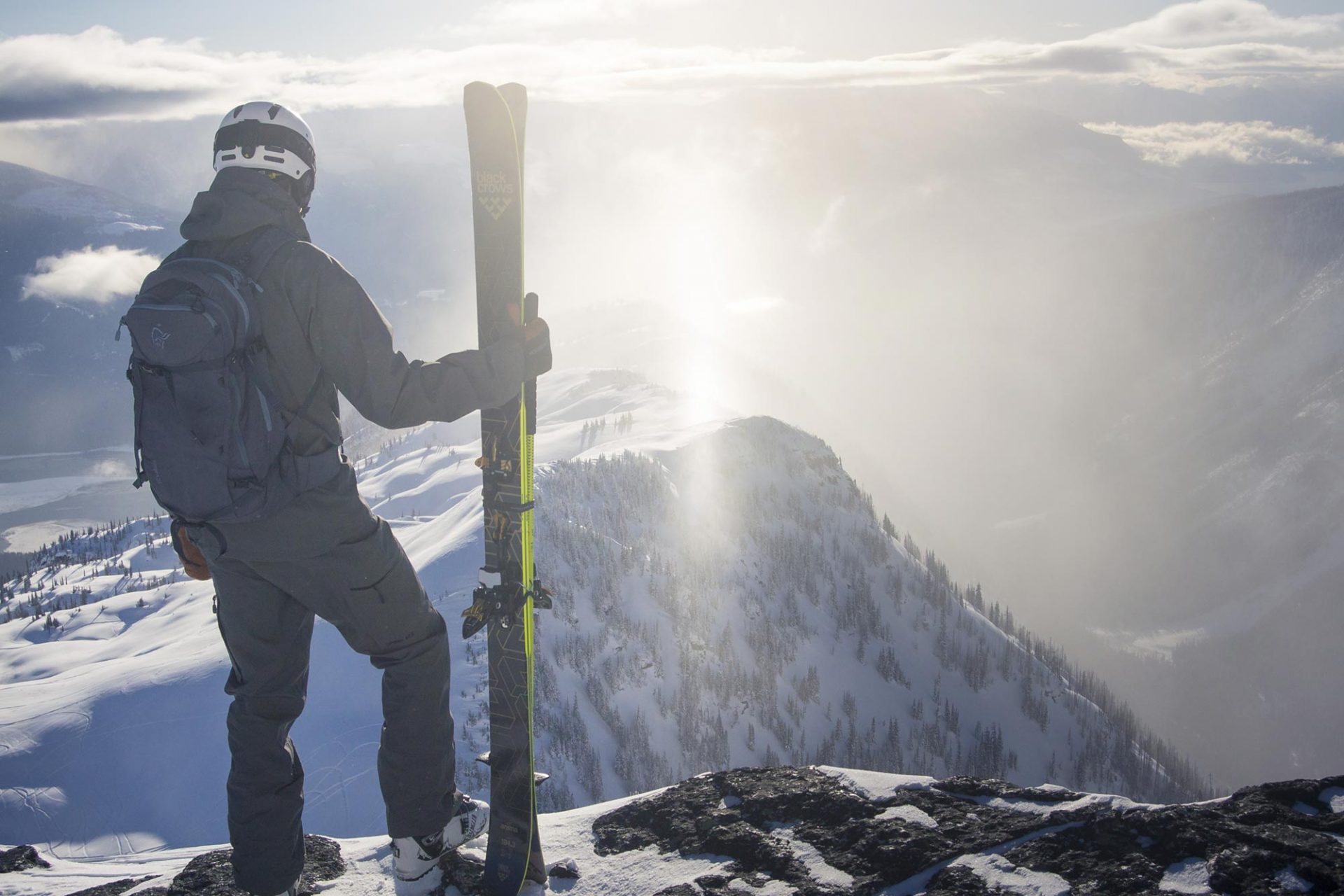 What are you looking forward to in 2020?

Well, talking about YouTube, I’m going to work on doing more short stories more regularly. Endless Winter was basically compiled from ten good days in the mountain for each episode. Instead of making three longer chapters like that, I want to tell the story of each of those ten days, and release it throughout the winter. There’s five or six videos up on my channel now from this winter already. I’m also doing some larger projects, one short film with Mattias Frederiksson and a crew from the U.S. later this spring.

Will you continue to monitor your carbon emissions as meticulously in the future? do you hope to inspire others to do the same?

Yes, I make this a part of any project now. But it has to be implicit. In the same way that you’d never use child labor to produce a shirt, I can’t emit crazy amounts of CO2 creating ski content. Even if I don’t mention CO2 in a project, it’ll for sure be a factor.

I do think the climate crisis has to be addressed at the societal level. How we vote is the most important, 100 percent. But living aligned with my values has felt really good for me, and I think it will have the same impact for anyone who wants to give it a try. It’s just really nice to not feel like you’re fucking the world over too much in your day-to-day life.