It was a competition for second place today in the Dew Tour women’s ski slopestyle in Breckenridge, Colorado, because Kelly Sildaru had a headlock on first place from her first runs out of the start gate.

With separate courses for jibs and jumps, the Dew Tour’s unusual slopestyle format is designed, apparently, to allow both jump specialists and rail specialists to show off their skills at the highest possible level. This opens up some interesting possibilities for competitors who might weigh in more heavily on one side or the other of the slopestyle spectrum. In today’s women’s slopestyle contest, that didn’t make a whole lot of difference, as Sildaru completely ruled both courses. How completely did Kelly win today? Here’s how: take her worst-scoring rail line and her worst-scoring jump line, and she still would have won the contest. 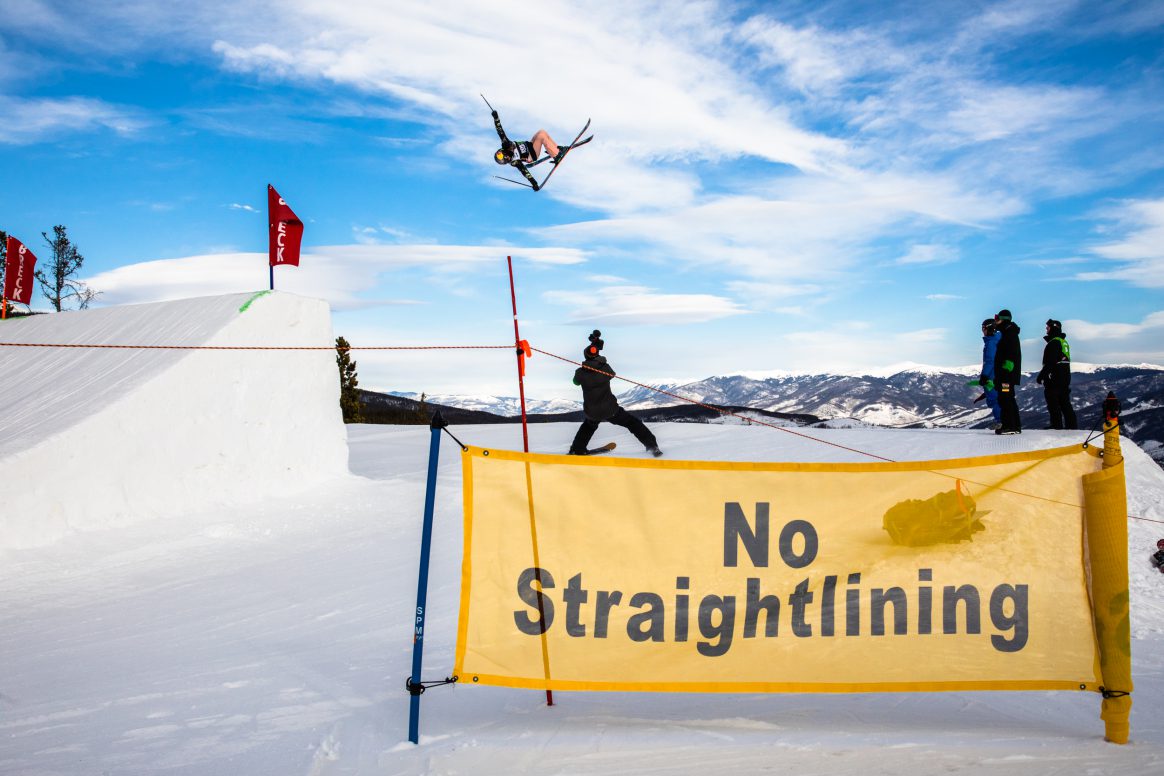 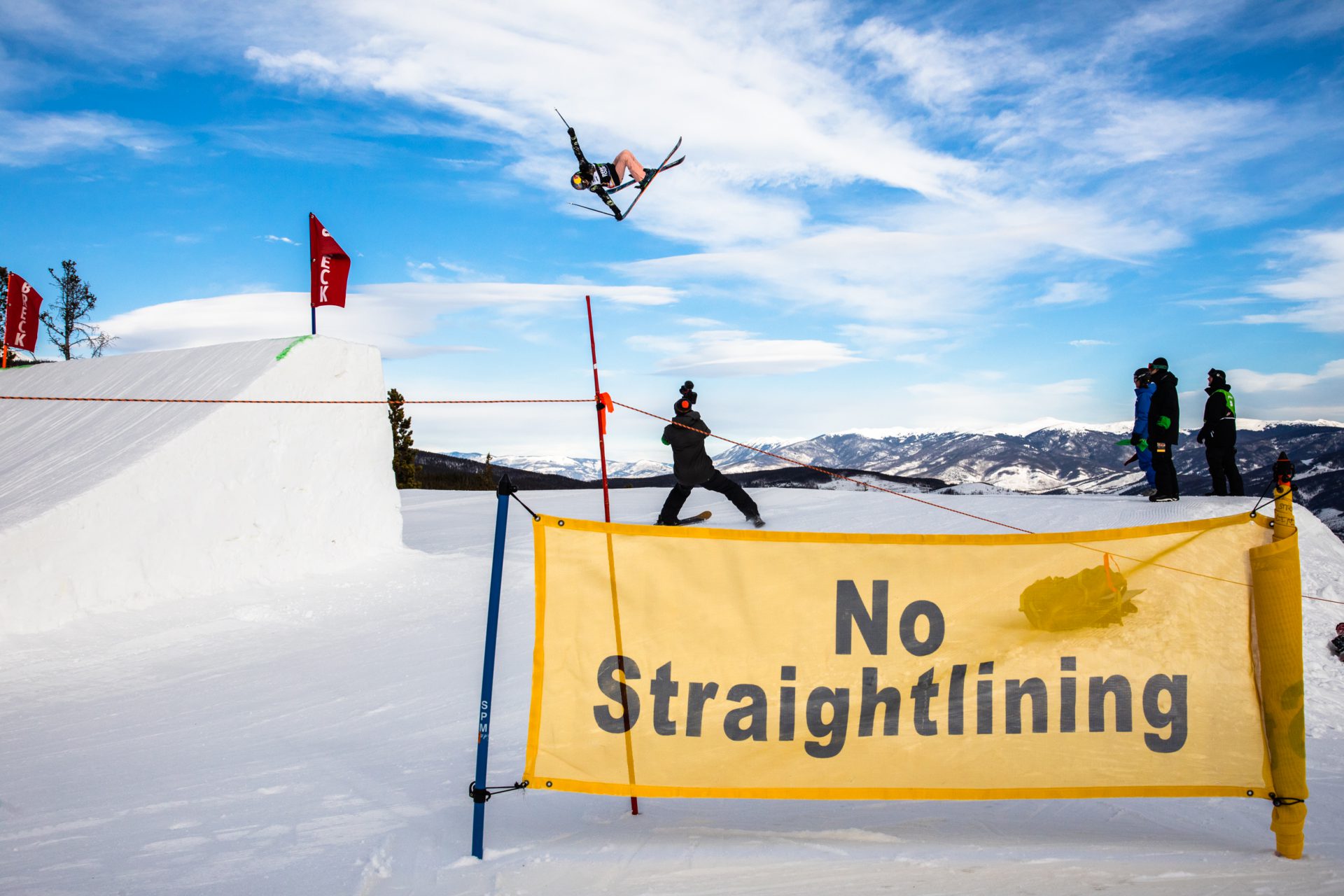 "No straightlining" is a good motto for Dew Tour's three-pack of jumps, where speed management is critical to success. Kelly Sildaru, for one, had her speed dialed. Photo: Jamie Walter

Then, she put to bed any hopes of catching up in the rail section on her first run there: left-foot front swap, pretzel 450 out followed by a front swap, back 2 the other way and a switch left 270 on, pretzel 450 out on the last rail. Score: 89. Could she do better? Yes, she could, stomping her second run even cleaner for a high score of 93.67. Reportedly nursing a bruise, she opted out of a third run. That might actually be for the best, because if she’d gone straight six-for-six on her runs, we would have to start wondering what witchcraft is involved here. 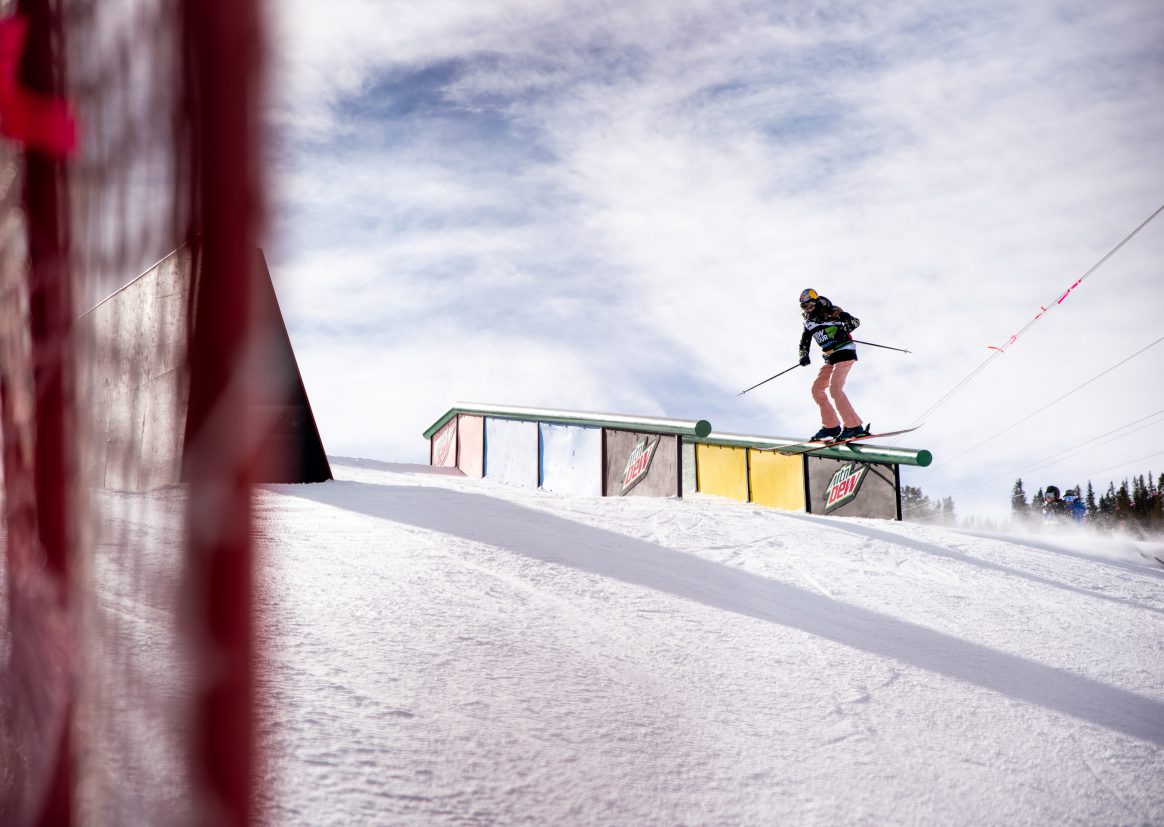 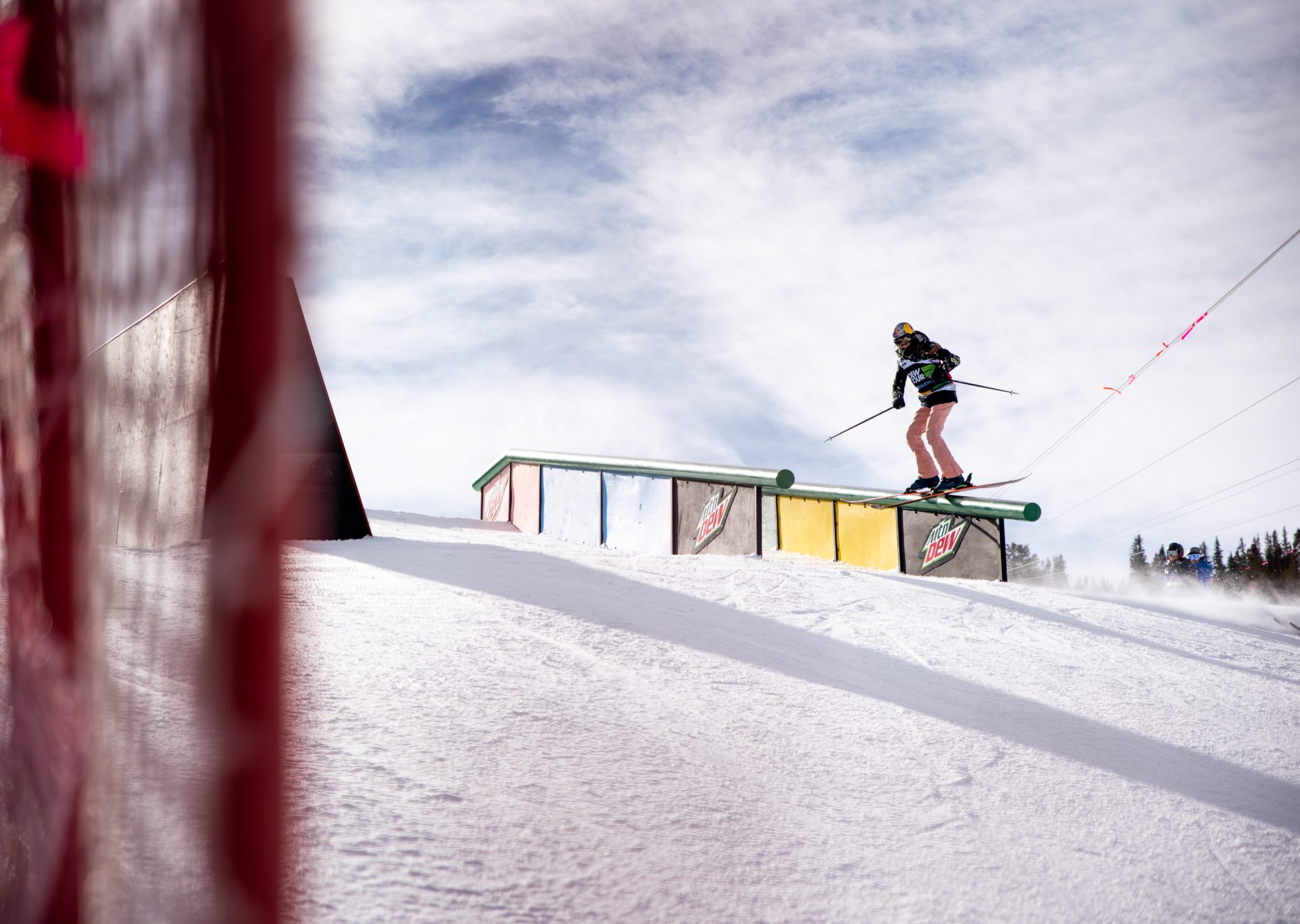 Jumps or jibs, take your pick—Kelly was the clear winner. Photo: Rachel Bock

Kellys’ post-win interview game was nearly as dialed as her skiing. “I’m super happy to be back. All the girls skied good today, and I’m happy to ski with them,” she said succinctly after the contest. “I just wanted to have fun, enjoy and do my thing.” Polished like a politician!

But Ledeux, trailing after two runs in both the jumps and the jibs, put it all together on her third runs. In the jumps, she combined a switch left bio 900 mute and a right cork 7 tail with a left double 1080 safety that she somewhat miraculously landed on one foot. In the jibs she bagged a k-fed, was the only girl to step to the wallride feature on the second tier, and held on to a switch on, front 450 out for a score of 80.67, enough to slip by Voisin and claim second place. 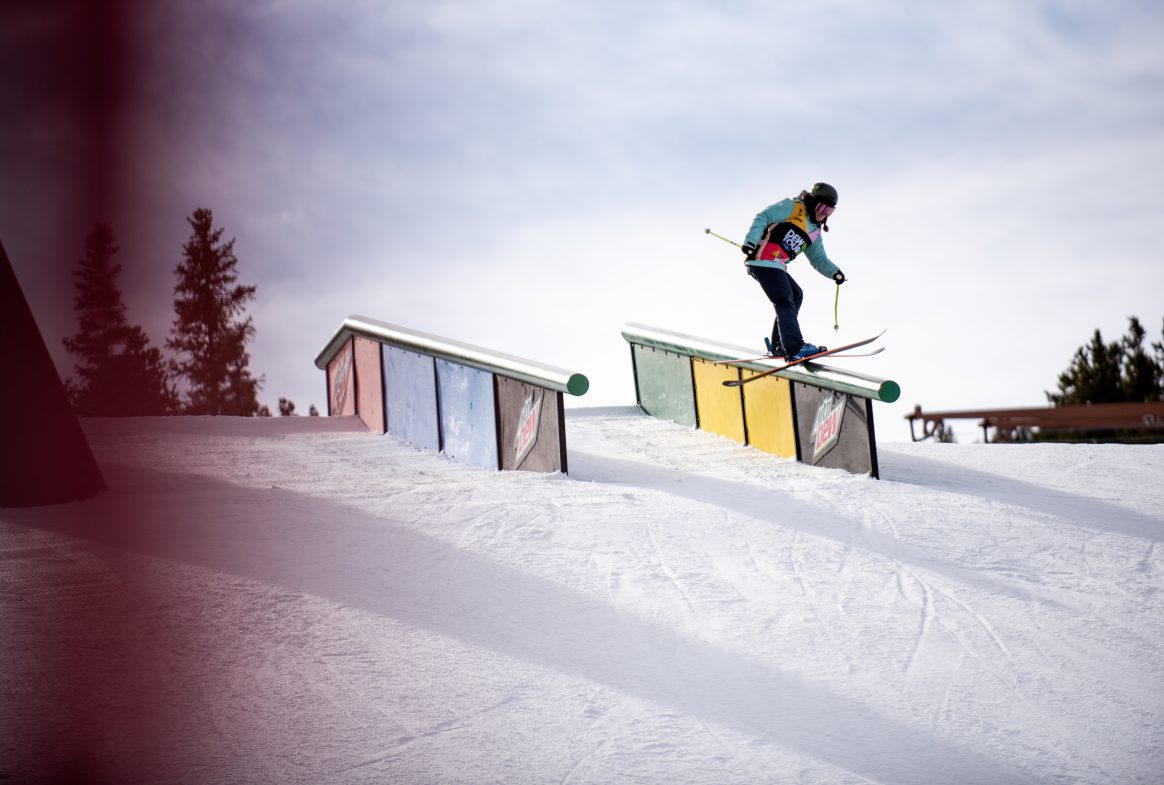 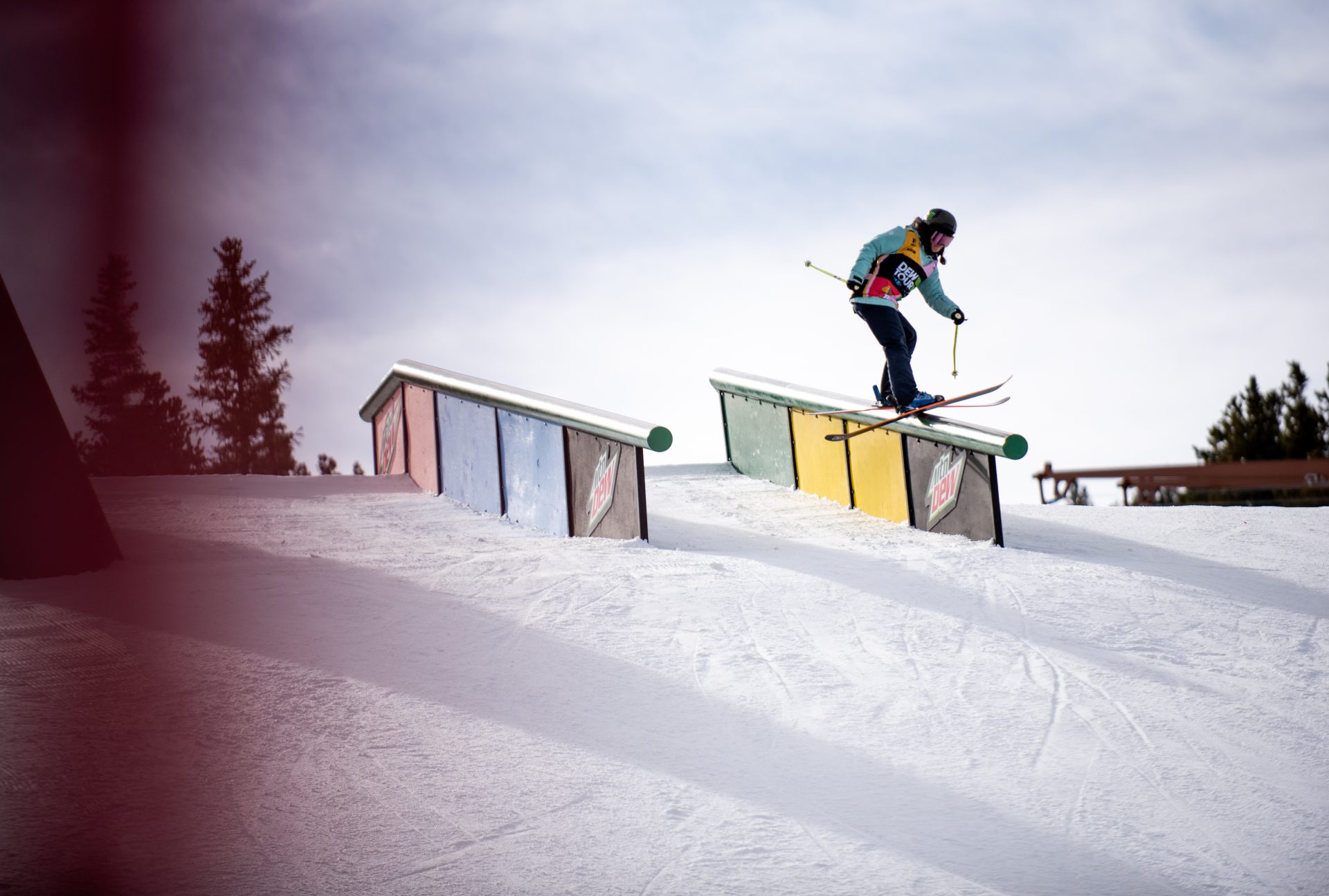 Sarah Hoefflin sent a massive switch dub 10 to the bottom of jump 2, but had no way of holding onto the landing and a chance at the podium. Photo: Rachel Bock

For the rest of the field, Johanne Killi stomped the second-best jib run of the day, but her lower jump scores held her to fourth place overall. The usually competitive Swiss trio of Giulia Tanno, Sarah Hoefflin and Mathilde Gremaud had a bad-luck day, with Gremaud out after a gnarly crash on her first jump run, and the other two unable to find the flow.

A full playback of the contest is currently available on Twitch Here.