On The Radar: Finn Bilous

On The Radar: Finn Bilous

Most of us are used to having a summer season—you know, those depressing few months of the year when you can’t go skiing. Finn Bilous doesn’t have that problem. In fact, he hasn’t seen a summer since he was nine years old.

Along with his older brother Hank, Finn is one of New Zealand’s new standard-bearers on the international scene. Though his current focus is on Big Air and Slopestyle, Finn is equally comfortable in the halfpipe or on a freeride venue—just check his recent edit “Growing Pains” for proof. Best of all, his all-round competence on skis is anchored by a humble, good-natured attitude. All that is more than enough to put Finn on our radar as a promising up-and-comer with a bright future. 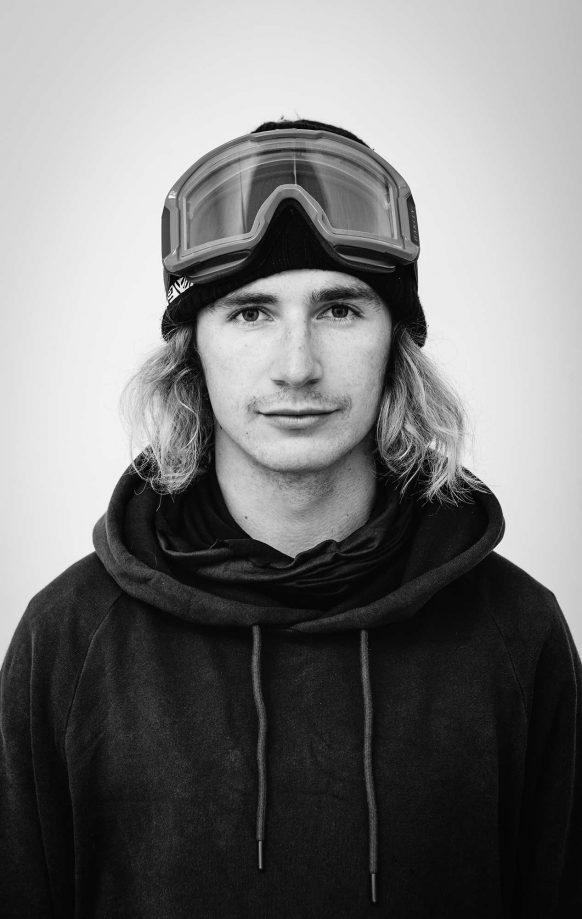 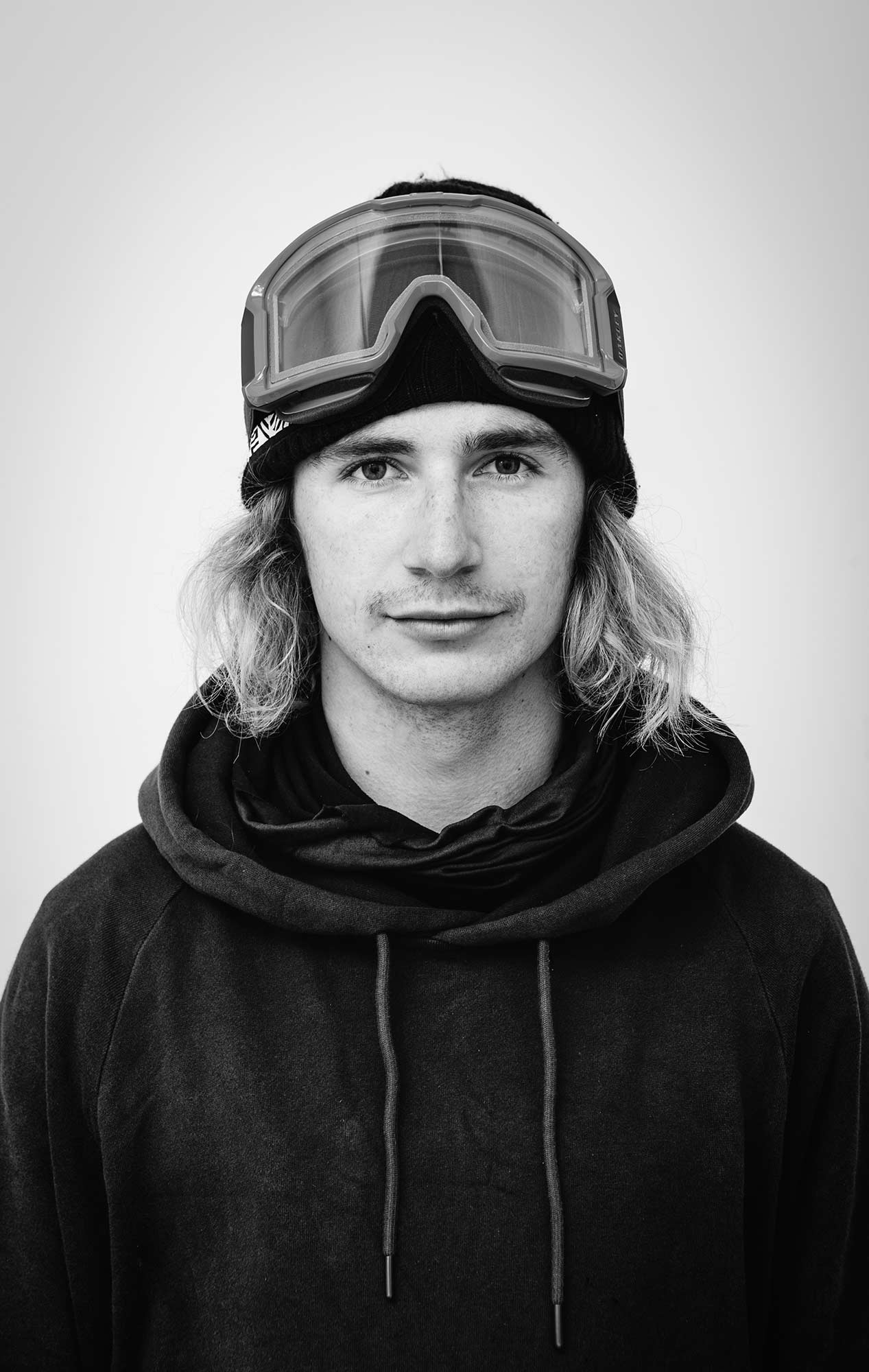 Your season in Europe got cut short this spring. Did you find yourself in an “escape to New Zealand” situation at some point?
Yeah, I was skiing in Laax, Switzerland when shit hit the fan. Things were already getting kind of gnarly with the coronavirus over there, and I’d been warned by the national team not to visit certain areas in Europe. Like many of us, we didn’t think it was too serious, and then all of a sudden I was on a plane, returning to New Zealand in March for the first time in seven years.

What’s it like growing up skiing in New Zealand?
It’s awesome to grow up skiing around Wanaka. We’ve got a pretty wide range of terrain here: the park setups at Cardrona are world-class, and you’ve got some of the best freeriding in the world too. I think it breeds a pretty all-rounded skier or snowboarder. Both my parents are from overseas as well, so I kind of got dual ski seasons growing up when we’d go on family holidays or visit people.

Where are your parents from?
My dad is from Rochester, New York and my mom is from North Yorkshire in England. They came down to Wanaka a long time ago to be ski bums, ran into each other and never left. They had two kids, got a mortgage and I guess the rest is history. 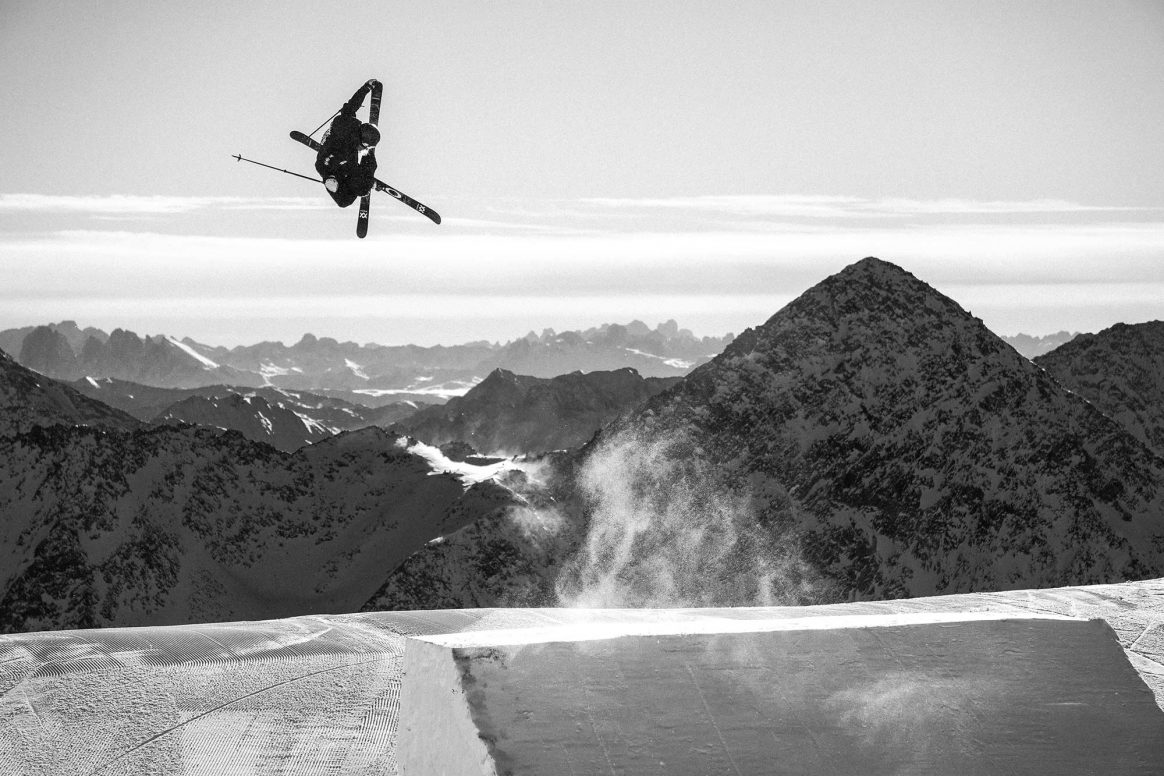 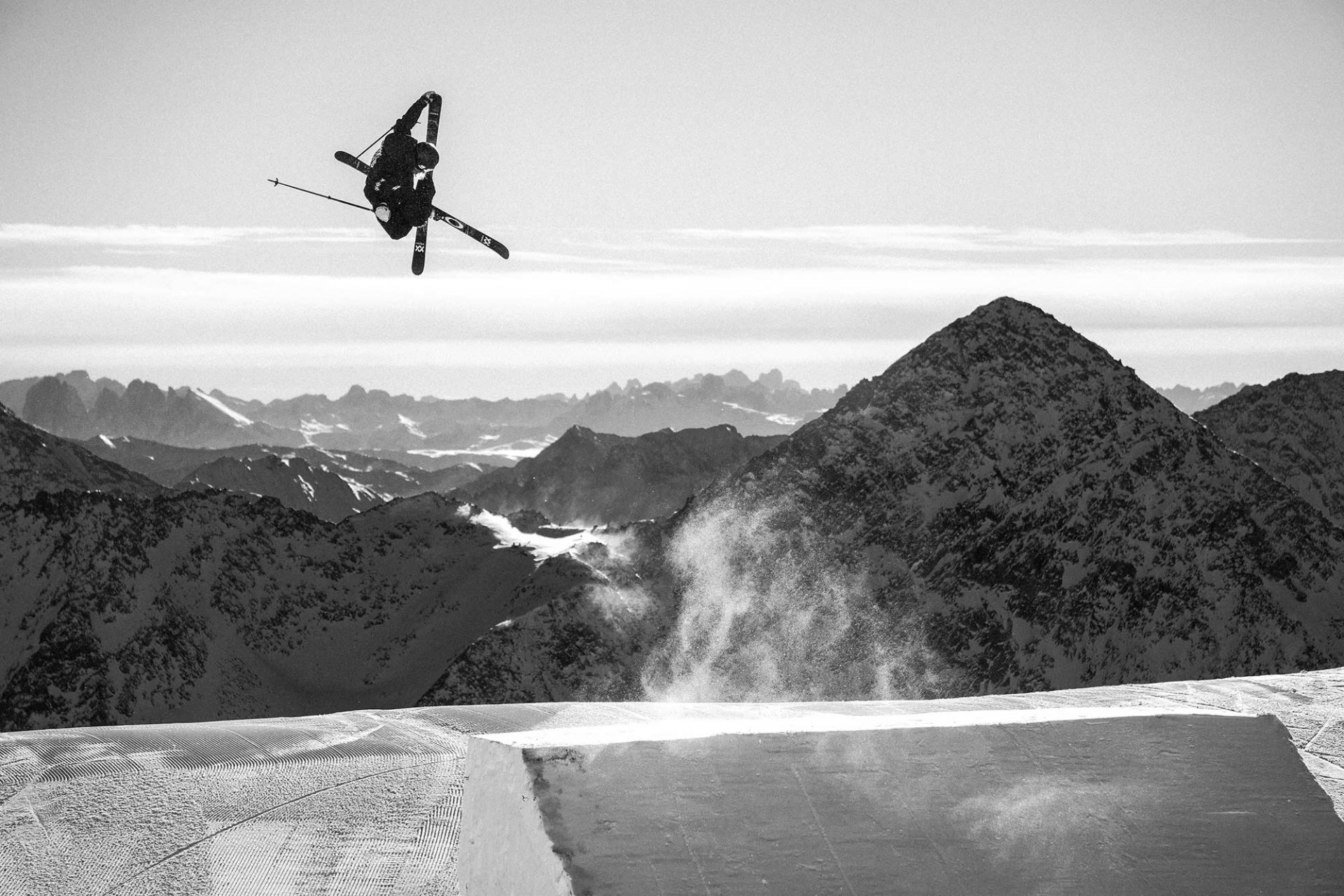 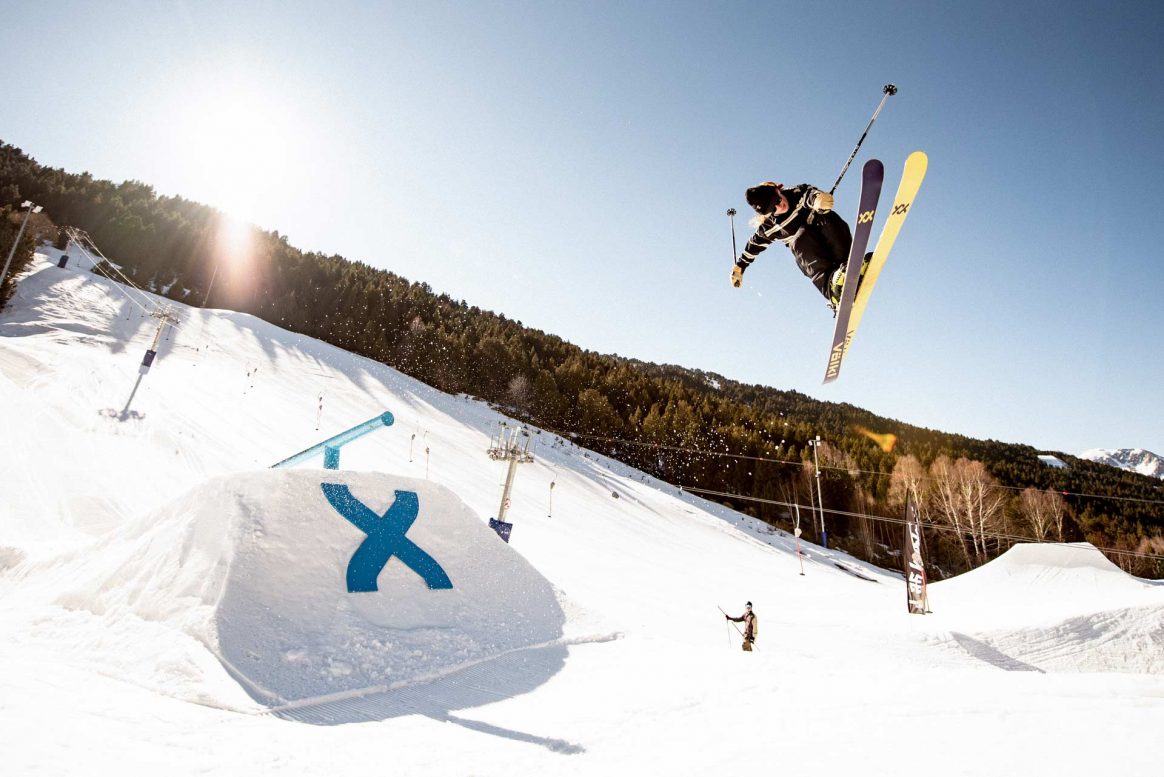 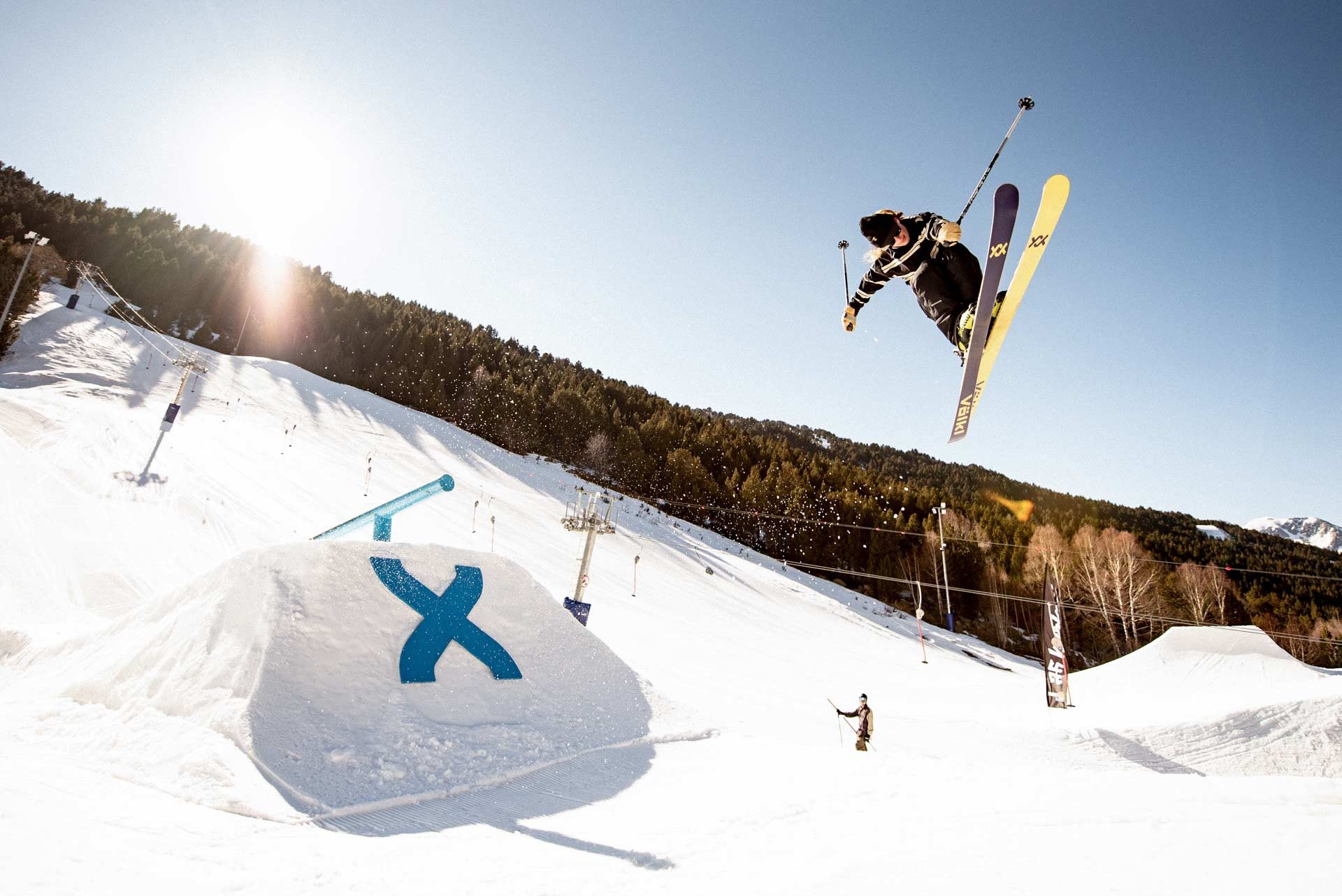 Finn turned some heads when he made the finals of the 2019 SLVSH Cup in Andorra. Photo: Rachel Bock

Your skiing is very well-rounded. How did you get to where you are now?
Growing up I skied like any other kid would. My brother and I did a bunch of different sports, and didn’t treat skiing differently from any of the others. As we got older we just ripped around the mountain, we didn’t do any specialized training or anything like that. For us skiing was just skiing. We’d try to ride the park, hit the pipe, then go freeriding.

There were only a few competitions at the junior level when I was first getting into it, and that was the Junior Nationals. They had every discipline, so it felt natural for me to try out all of them. I still ski every discipline today, but I’ve become more specialized on the competition scene because the schedule is so busy. But I still try to ride as much as I can in every aspect of the sport.

I saw that you entered a freeride contest last year.
Yeah, I used to compete a bunch when I was younger. They’ve always doubled up the Freeride World Qualifier event at the Remarkables at the same time as the NZ Winter Games Big Air, our World Cup down here, so the past few years I haven’t been able to compete in it. Last year they didn’t do the big air, so I got to give the freeride contest a go again.

So you’re on the freestyle circuit, watching freeride events and wishing your schedule didn’t conflict?
Sort of. Hopefully I can fit in a couple more, but it depends on how I do in the slopestyle and big air circuit early on. That’s the main priority, and being on the national team, I’ve got some requirements to fill in that regard. 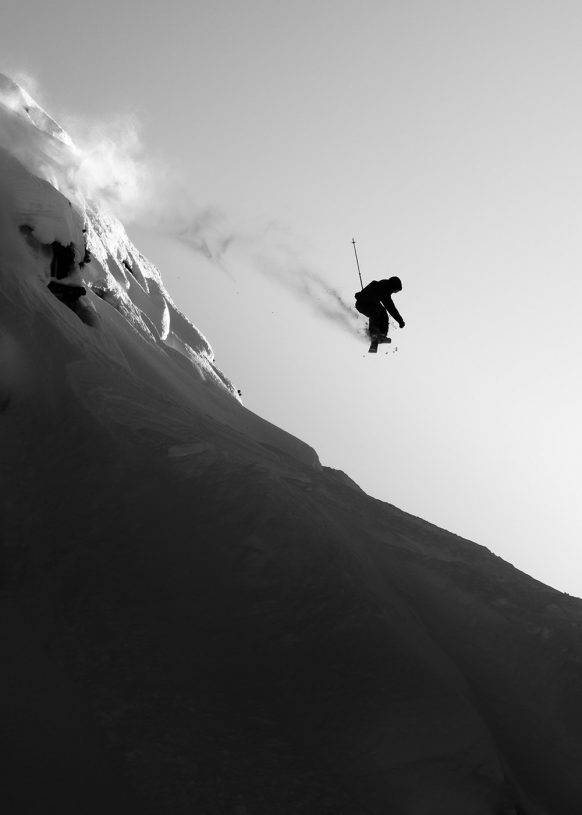 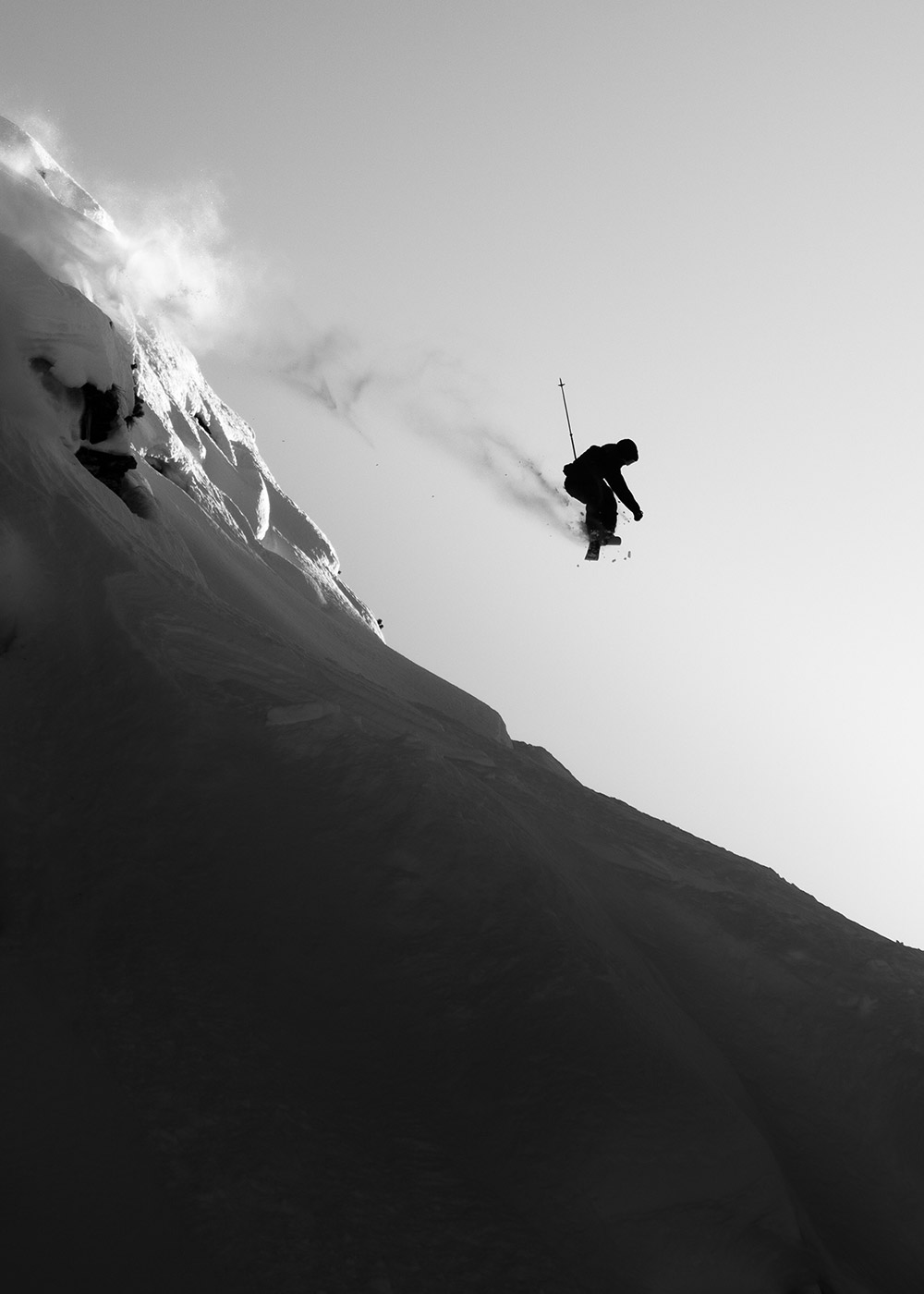 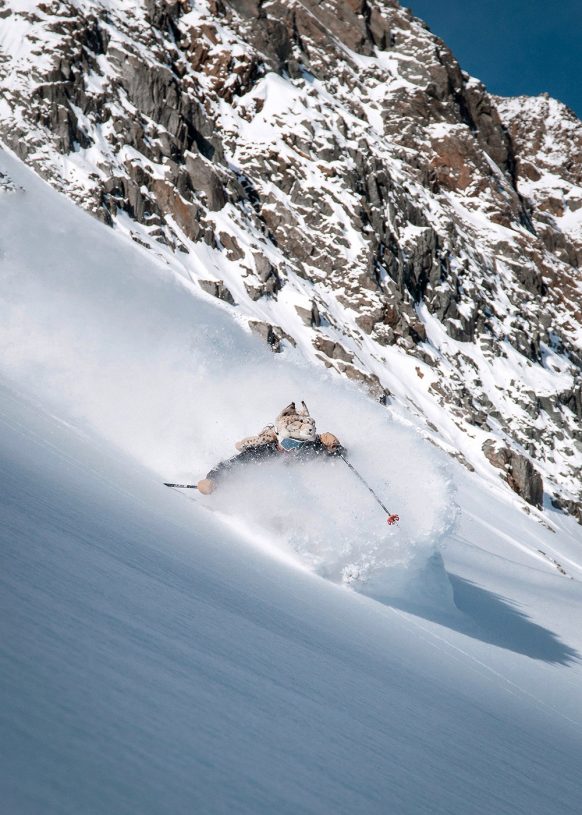 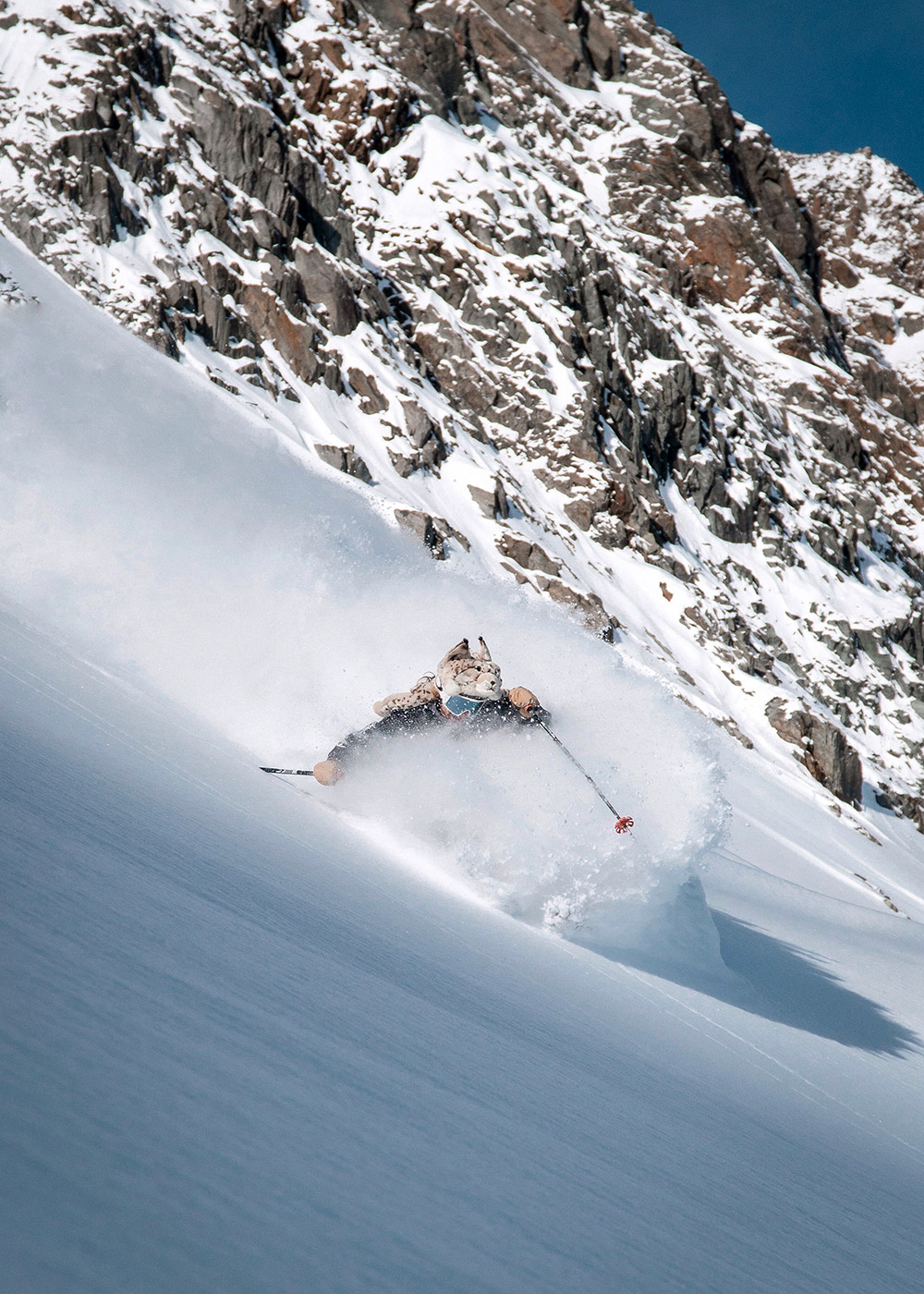 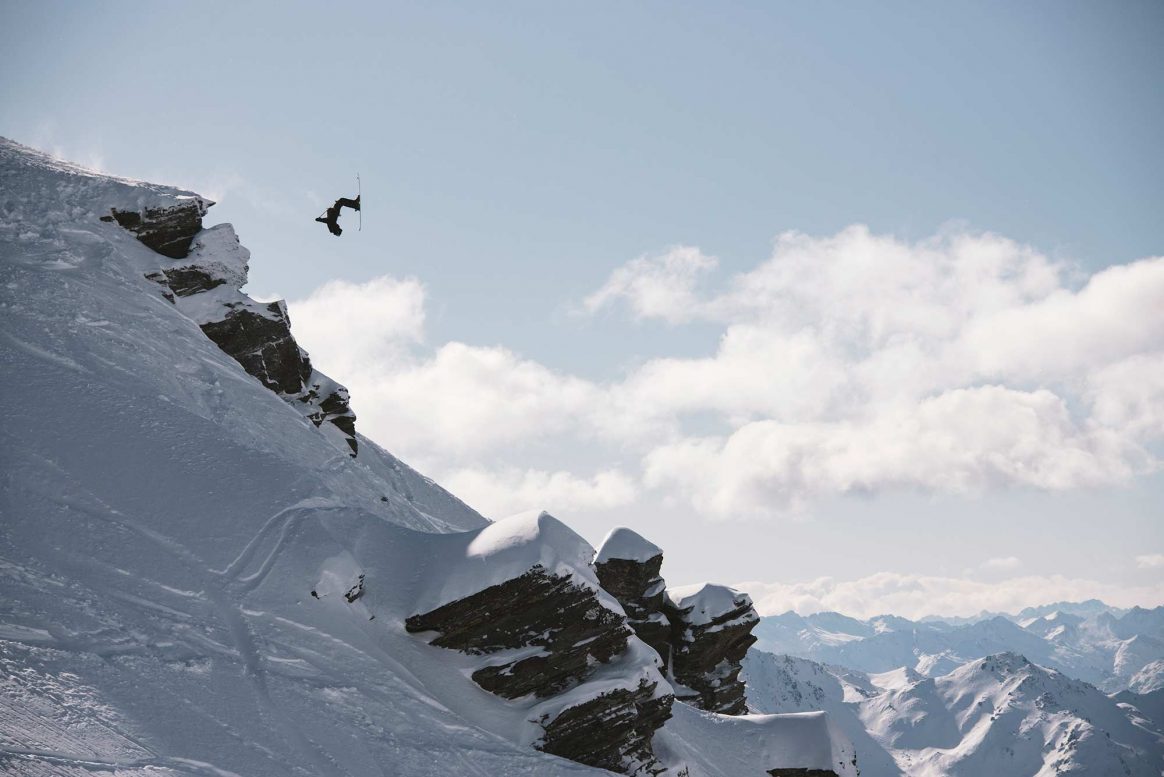 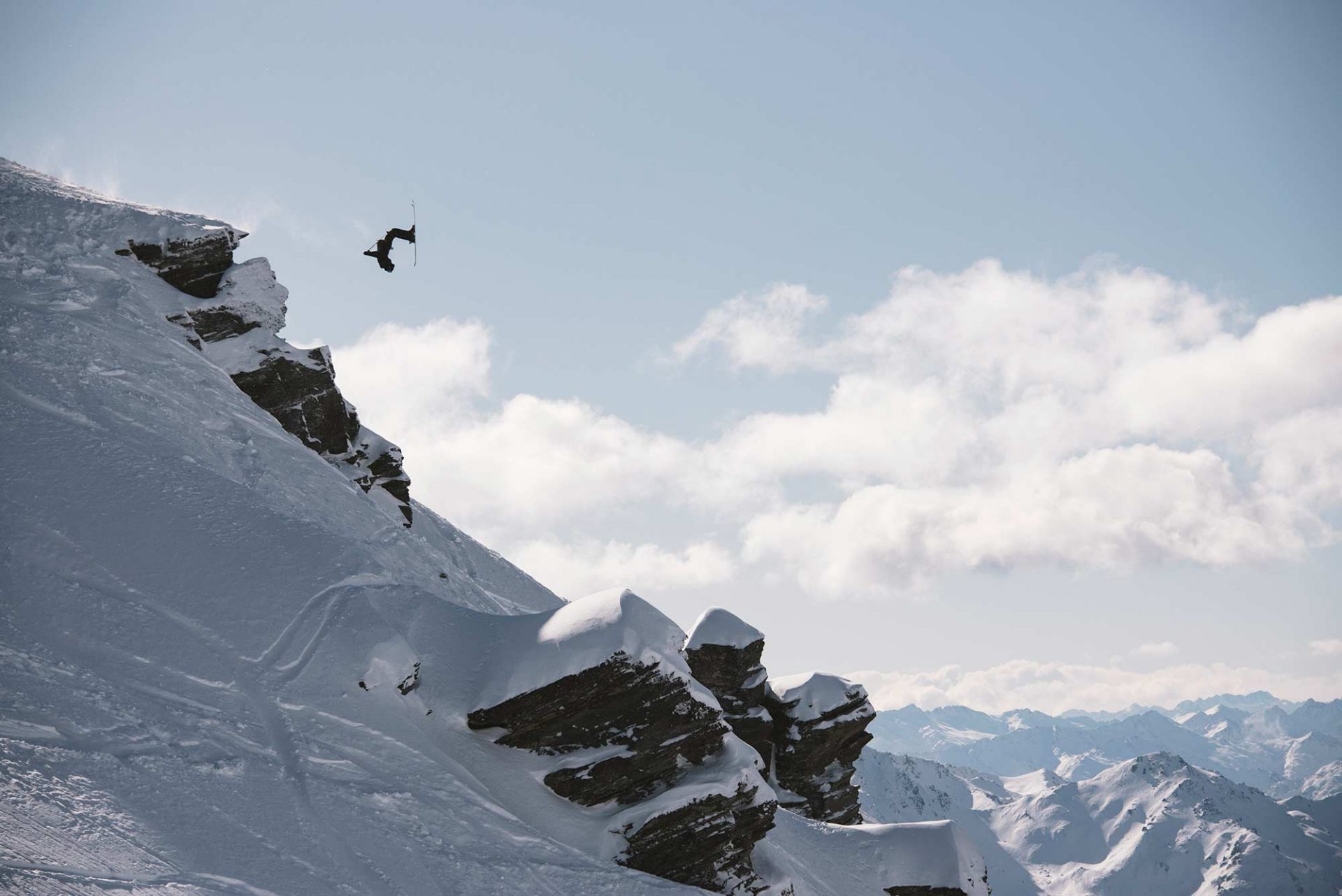 Your brother Hank is a ripper too. He went absolutely berserk on the FWT last season! It must have been a blast to watch him send it.
Big time! It was so sick to watch my bro on the tour this year. He’d qualified through the FWQT back in 2018 but sat out of the 2019 season due to injury. So to see him back for this season, skiing the only way he knows how, like a freaking cat on acid, was pretty epic.

With most contests in the northern hemisphere, do you just live a dual-season life? How does that work out?
I guess this is my 23rd winter in a row, which is pretty wild to think about. I haven’t seen a summer since I was nine years old. Growing up and living in New Zealand in the winter, because we don’t live at the snow line, you kind of have two seasons anyway. It makes it a lot more bearable, because it’s not like you’re in the cold the entire time. I love it and wouldn’t have it any other way. I don’t know if I could hack a whole summer, unless I was surfing the whole time. 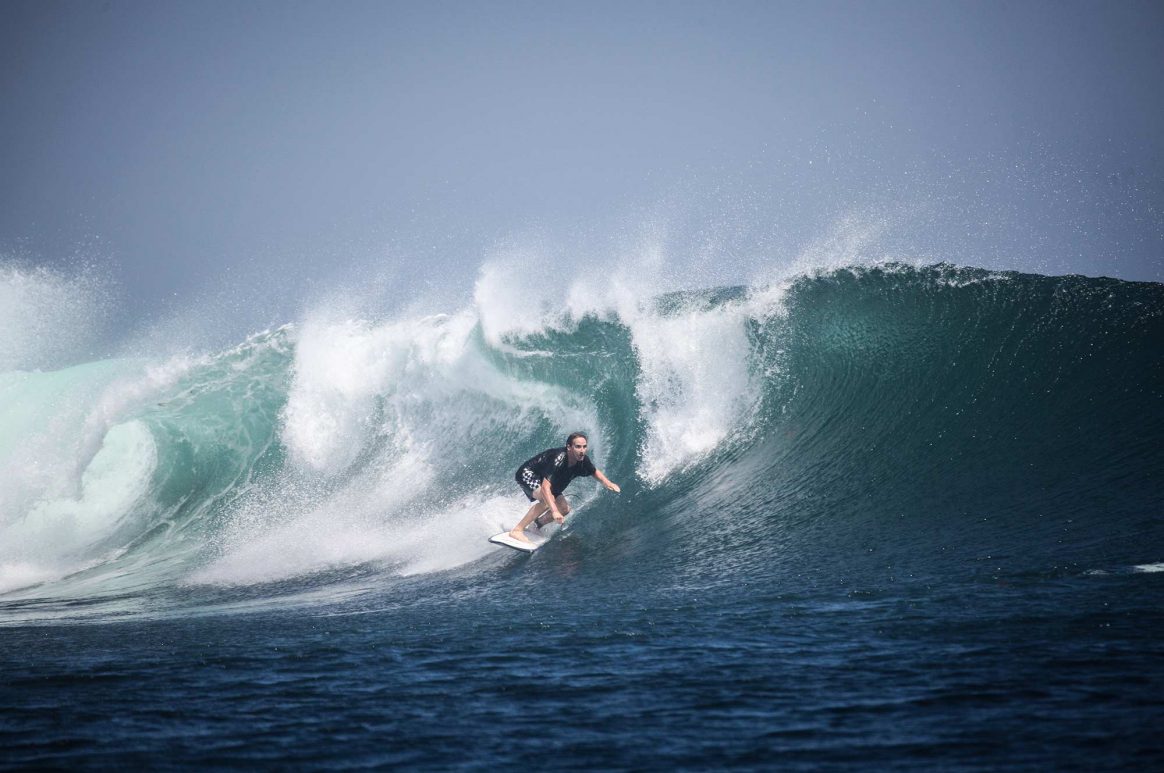 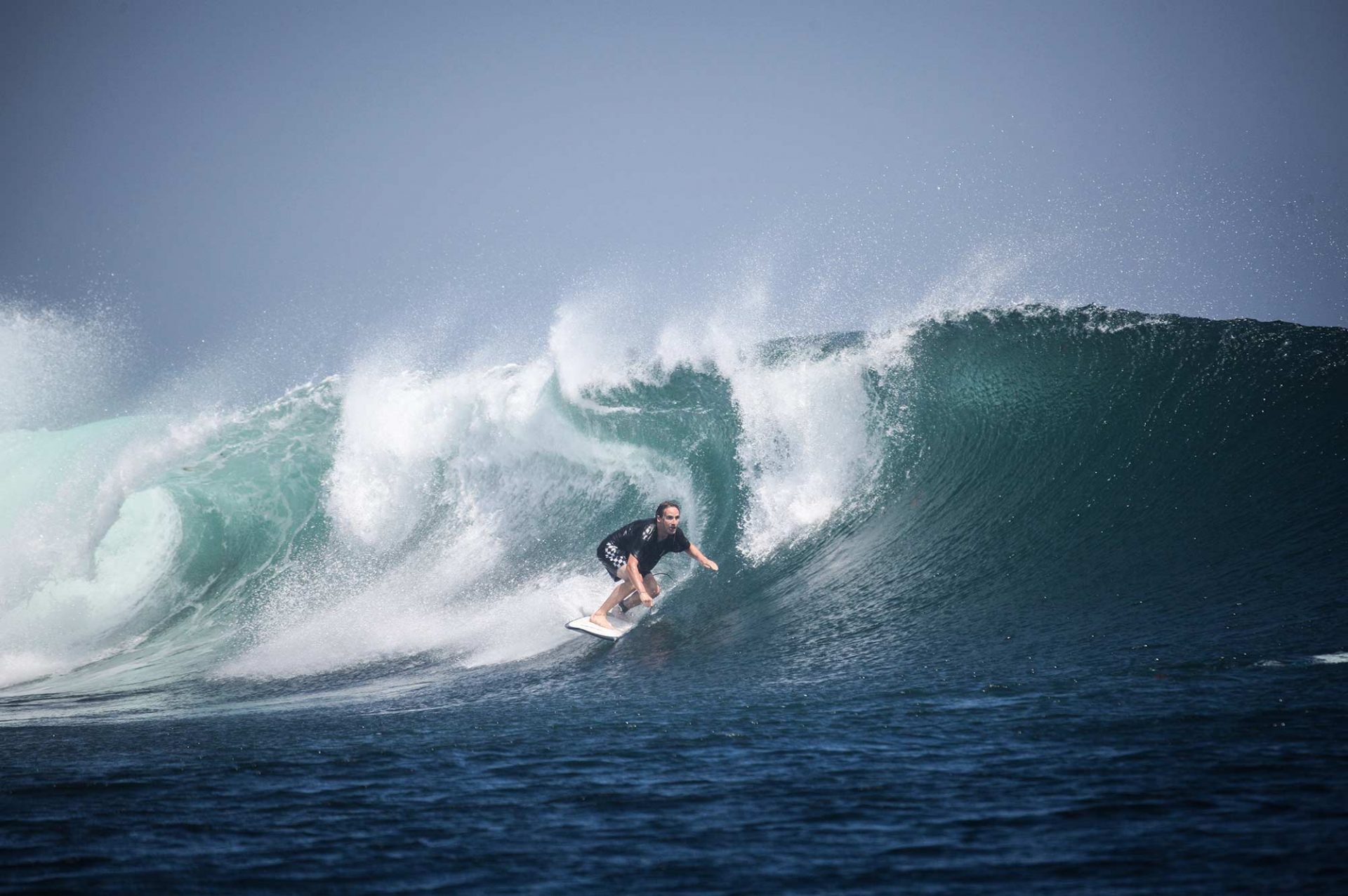 Guy gets two winters a year, and goes surfing in Indo too. What a punk. Photo: Marius

That’s insane. You’ve gone from winter to winter for 11 years and you haven’t gotten tired of it yet?
Nah, I love it! There’s just so many things to try to tick off in skiing, so I’m still enjoying it as much as when I first started.

What was your first big break?
Just being able to start skiing at all was a pretty big break in itself. I never would have expected to have this lifestyle come from it. Competition-wise, getting third at the World Cup at Cardrona in 2018 was a big one for me. The Youth Olympics in Lillehammer back in 2016 was also a pretty big highlight as far as getting my name recognized more. I got two medals there, second in halfpipe and third in slopestyle.

I guess you might need to try to replace those with non-youth medals.
Well, I guess I’ve already got the silver and the bronze, so I just need to get the other medal at the real Olympics (laughs). 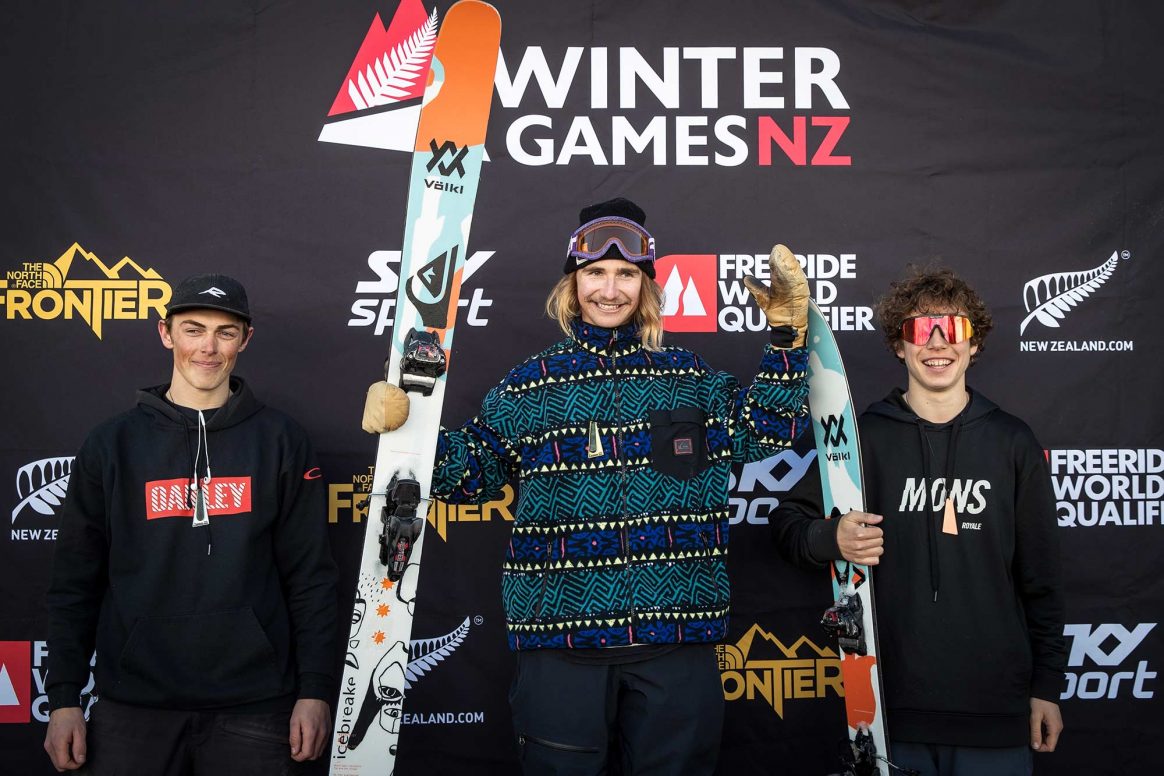 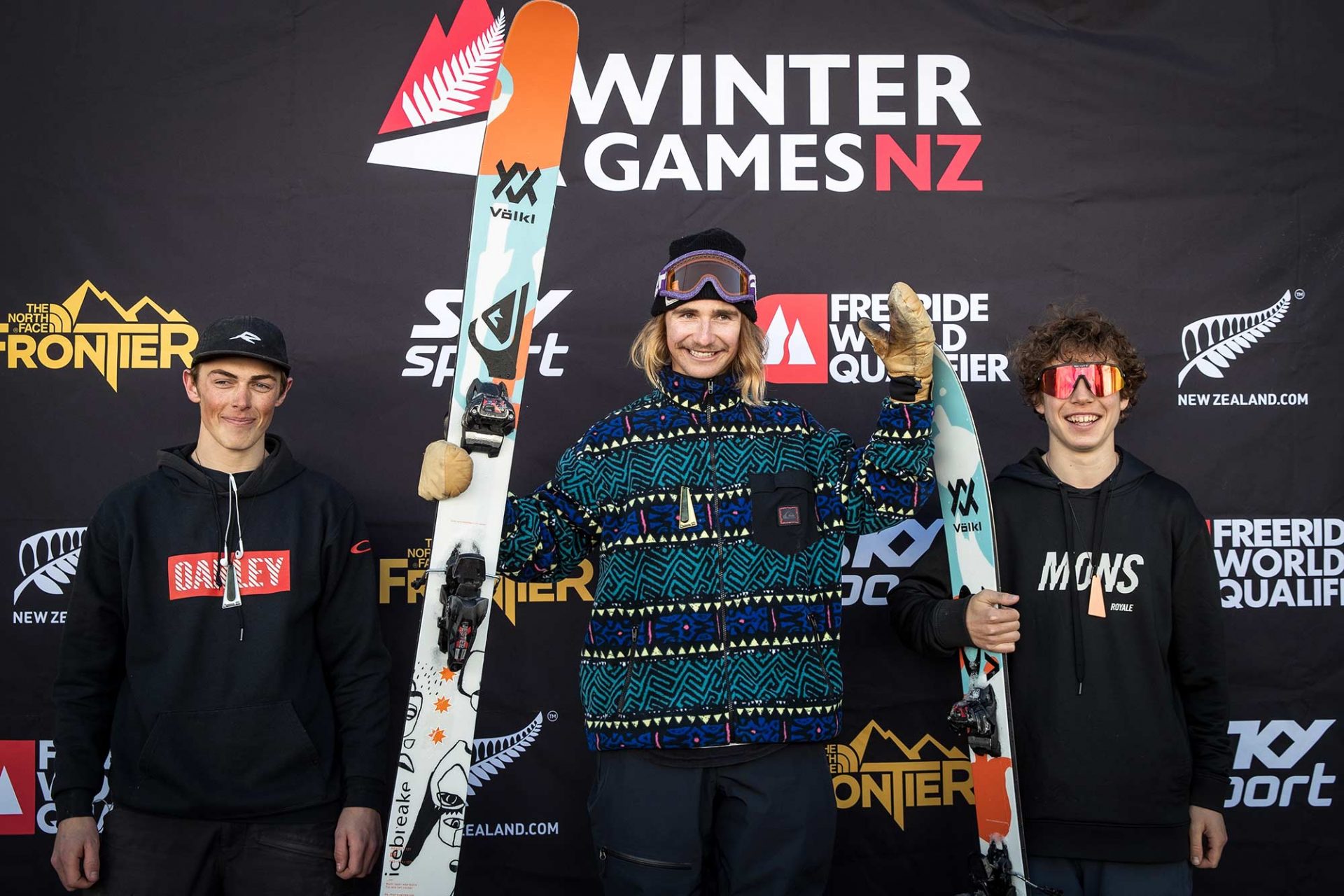 Finn doesn't compete in freeride often, but he's a podium threat when he does. Photo: Iain McGregor

Speaking of which, what are your goals as a skier?
I’ve definitely got some competition goals. X Games is huge for me, I’d love to win a gold medal there, and likewise at the Olympics. But I think putting out some cool video parts that show off all aspects of my skiing would be super satisfying too. I’d also like to compete later on in freeride. I don’t want to completely throw that out the window just because I’m busy at the moment. It would be amazing to try to fit them into the same season, but I know how crazy that would be. I guess it’s kind of a goal that not many people have achieved yet, and it lingers on the mind a bit for me. Competing in an elite event like the X Games while doing one or two stops on the Freeride World Tour would be pretty amazing. That’s one of the goals, but mainly I just want to keep enjoying it and stay frothy on skiing.

Who do you ski with?
I ski a lot with my bro when I’m home, and we’ve got a good crew of Kiwi boys that we like to get loose with. Nobody takes it too seriously down in New Zealand, which I really enjoy. On the circuit, I really enjoy skiing with Max Moffatt, Ferdinand Dahl, Colby Stevenson, all those boys are good fun. There are crews all over the place, and I’m pretty fortunate to have been able to travel and meet all these people who share the same interests. 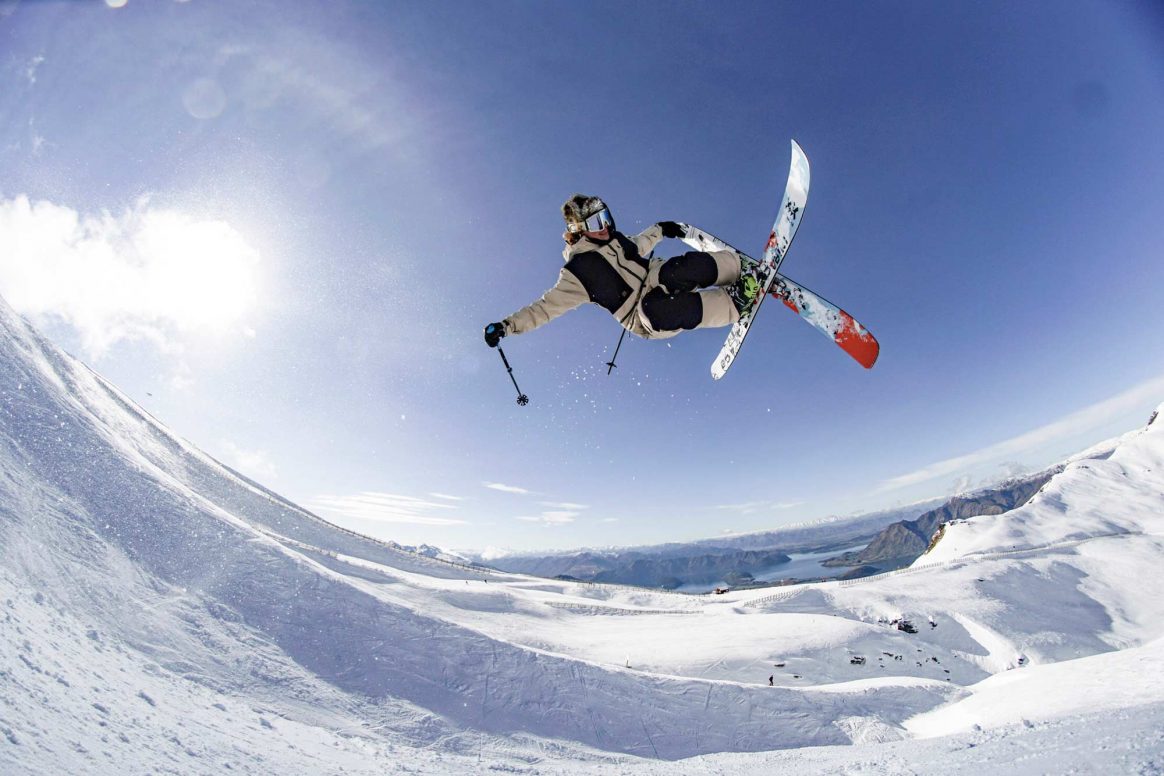 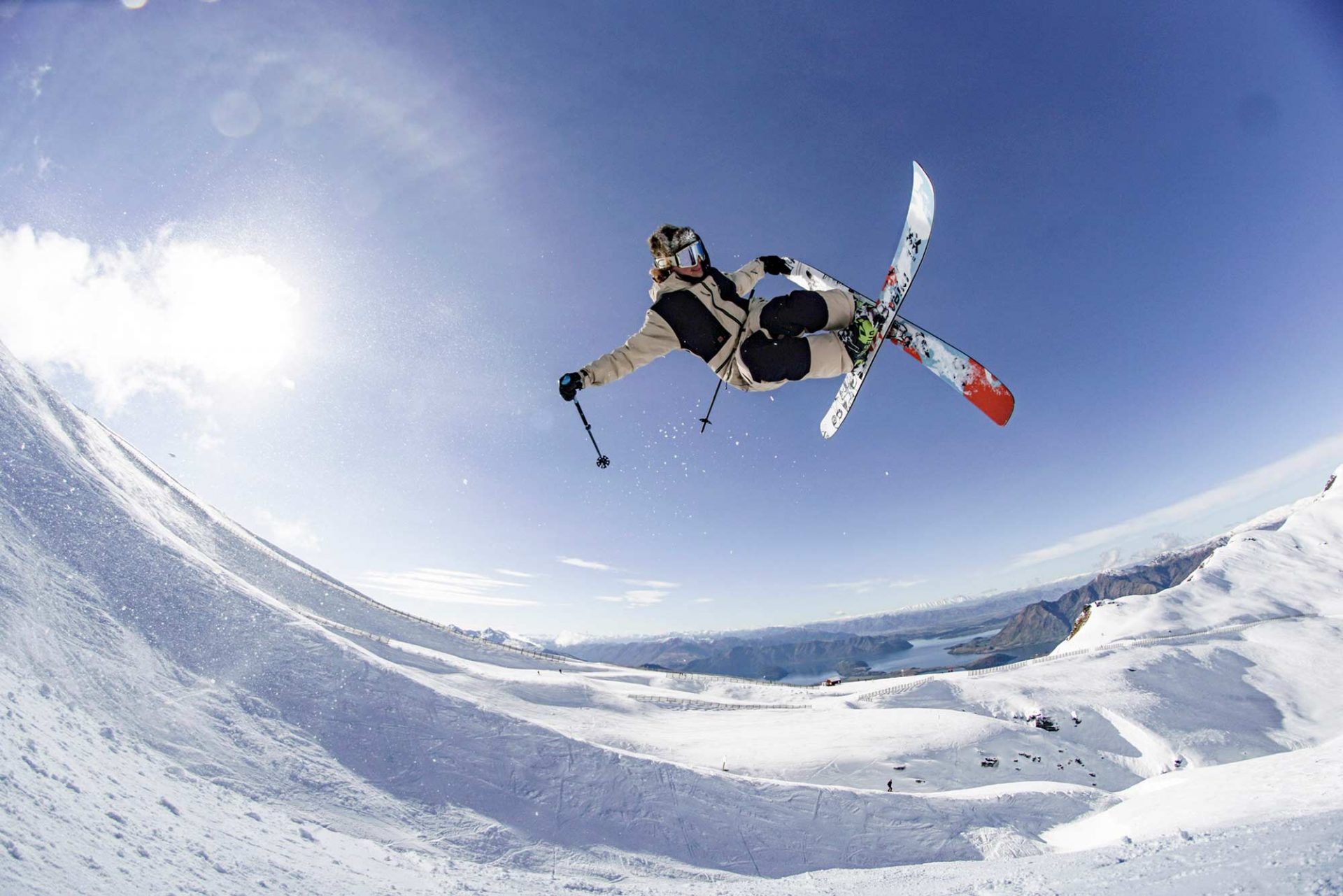 Do you have a typically New Zealand saying or phrase for us?
There’s lots of little slogans I guess. “Chur” is a good one. Chur can be thrown around in many different contexts. You can say it to agree with someone, or it can almost be a thanks. Like, “That trick was sick.”- “Chur.” It’s got a lot of different usages, you can throw it around in many different situations.

Chur.
Exactly, you got it. Chur, bro. 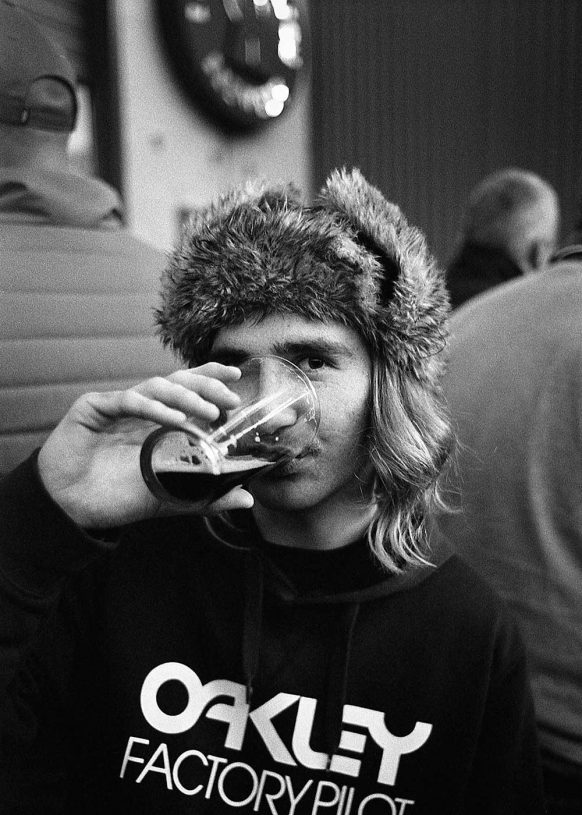 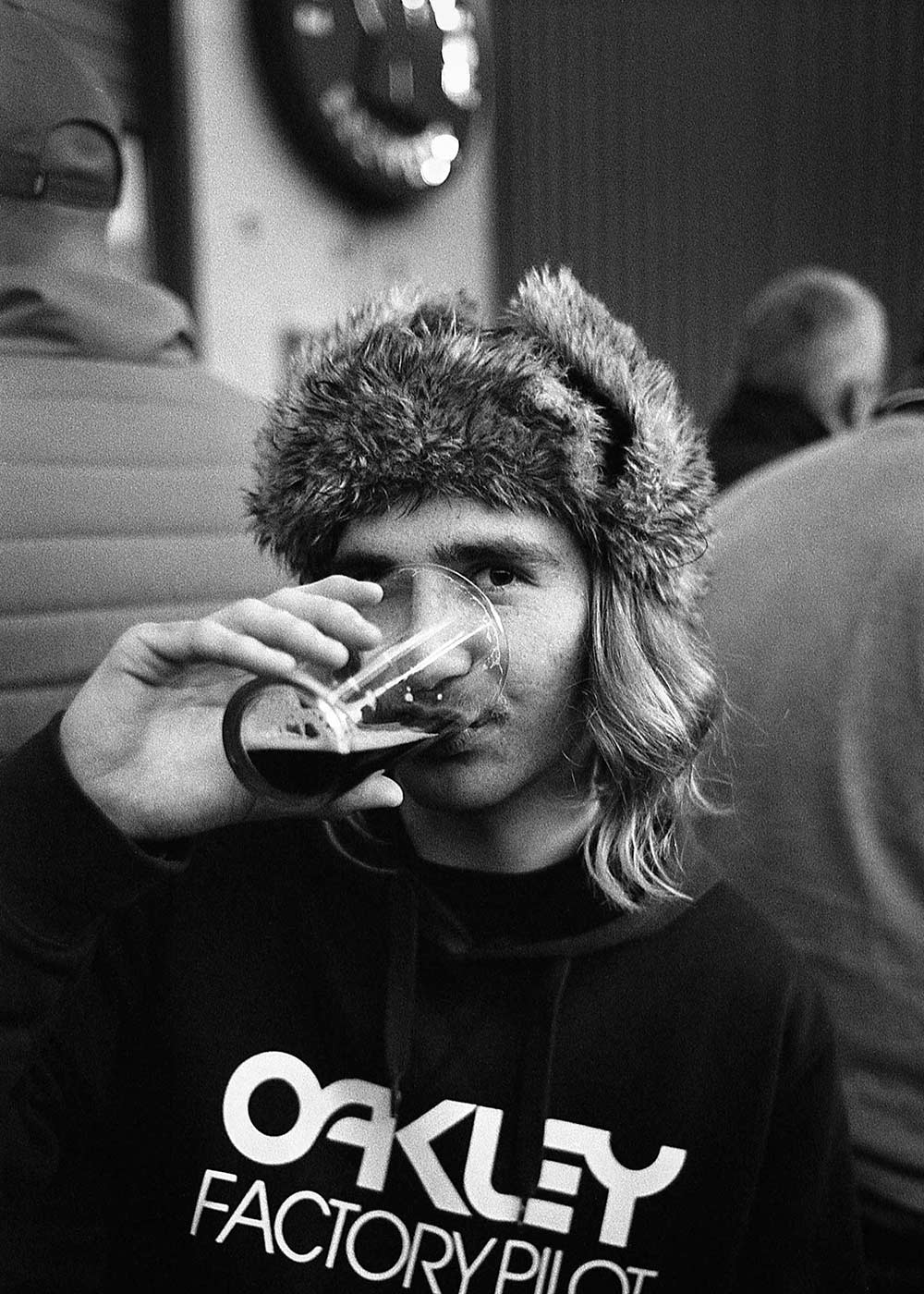 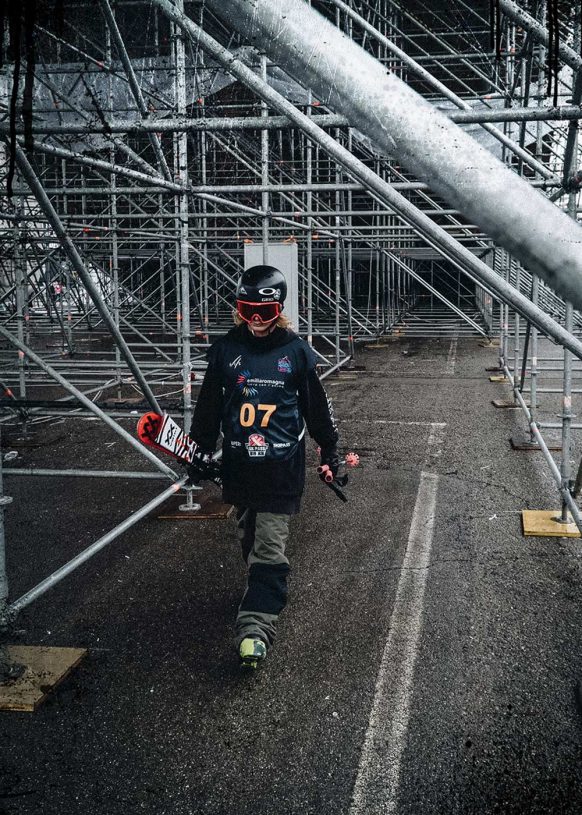 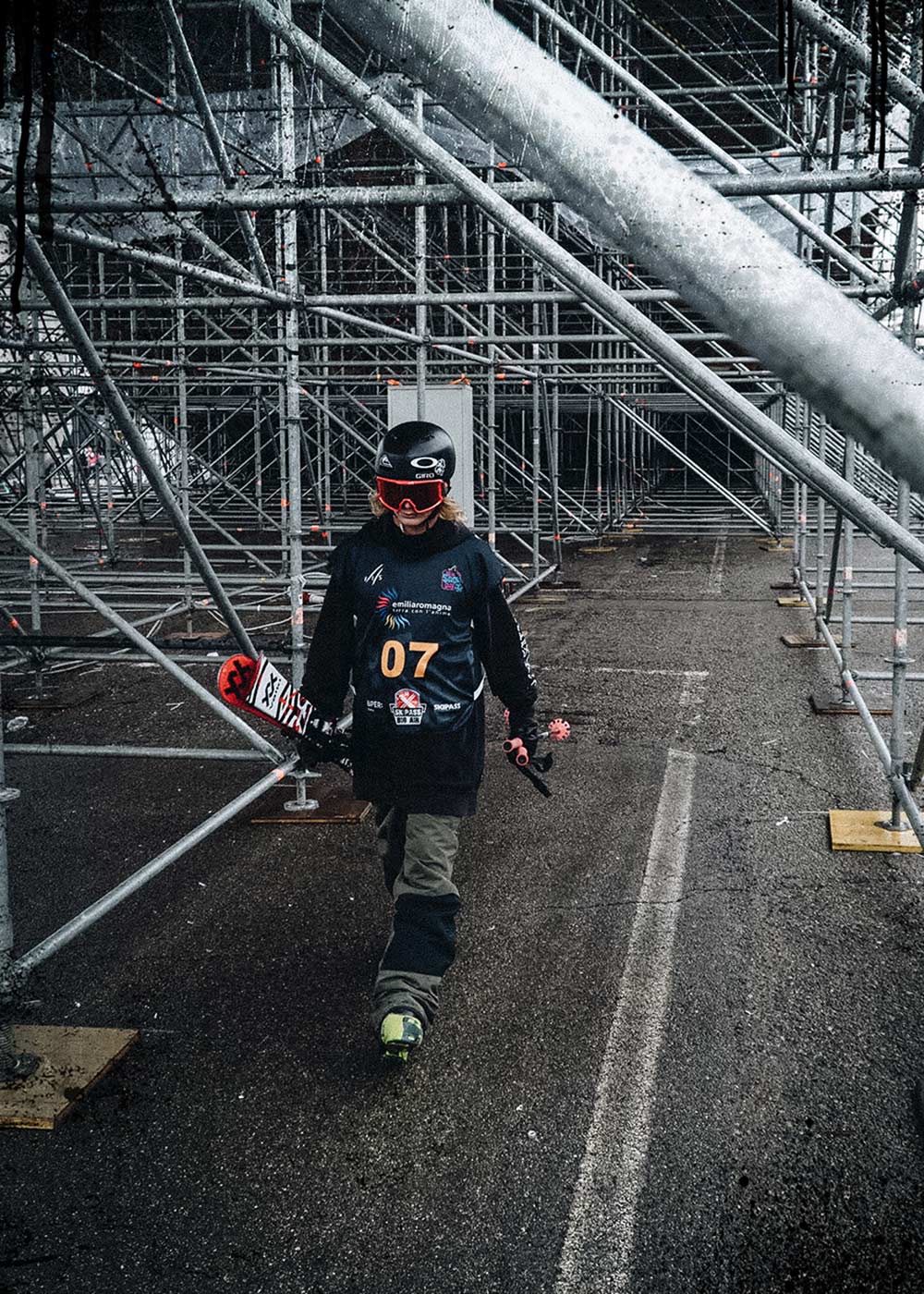 What are three things you like?
TC Closing Day, The Landers & carrots.

What are three things you dislike?
Realizing you’re out of toilet paper once you’ve already sat down, putting on a wet wetsuit, and artichokes.

You really don’t like artichokes? Not even, like, on a pizza?
Nah man, nah. They’re buzzy. That’s another good New Zealand word actually. It’s when something is weird or doesn’t make sense to you. It’s buzzy.

Any last words?
Shoutout to Capeesh Supply & the MFC crew back home!

Xtreme Verbier 2022: Blowout on the Bec

Xtreme Verbier 2022: Blowout on the Bec