Old heads fondly remember the days when the EUROPEAN FREESKI OPEN in Laax was the biggest freeski contest in Europe. It’s been seven years since the last EFO, and now freeskiing is finally returning to Laax in a big way: In 2023, the Laax Open includes a FIS World Cup slopestyle event.

From 18–22 January 2023, the Laax Open returns to the slopes of the Crap Sogn Gion. In addition to snowboard slopestyle and the famous night halfpipe finals, this year’s Open also features a Freeski World Cup slopestyle.

Snowpark Laax is already well known as one of the best in Europe, and the Laax Open slopestyle course aims to maintain that reputation. Featuring a lofty pro kicker line combined with a creative rail setup, expect nothing less than one of the premiere slopestyle events of the season—as long as the fickle January weather plays along. 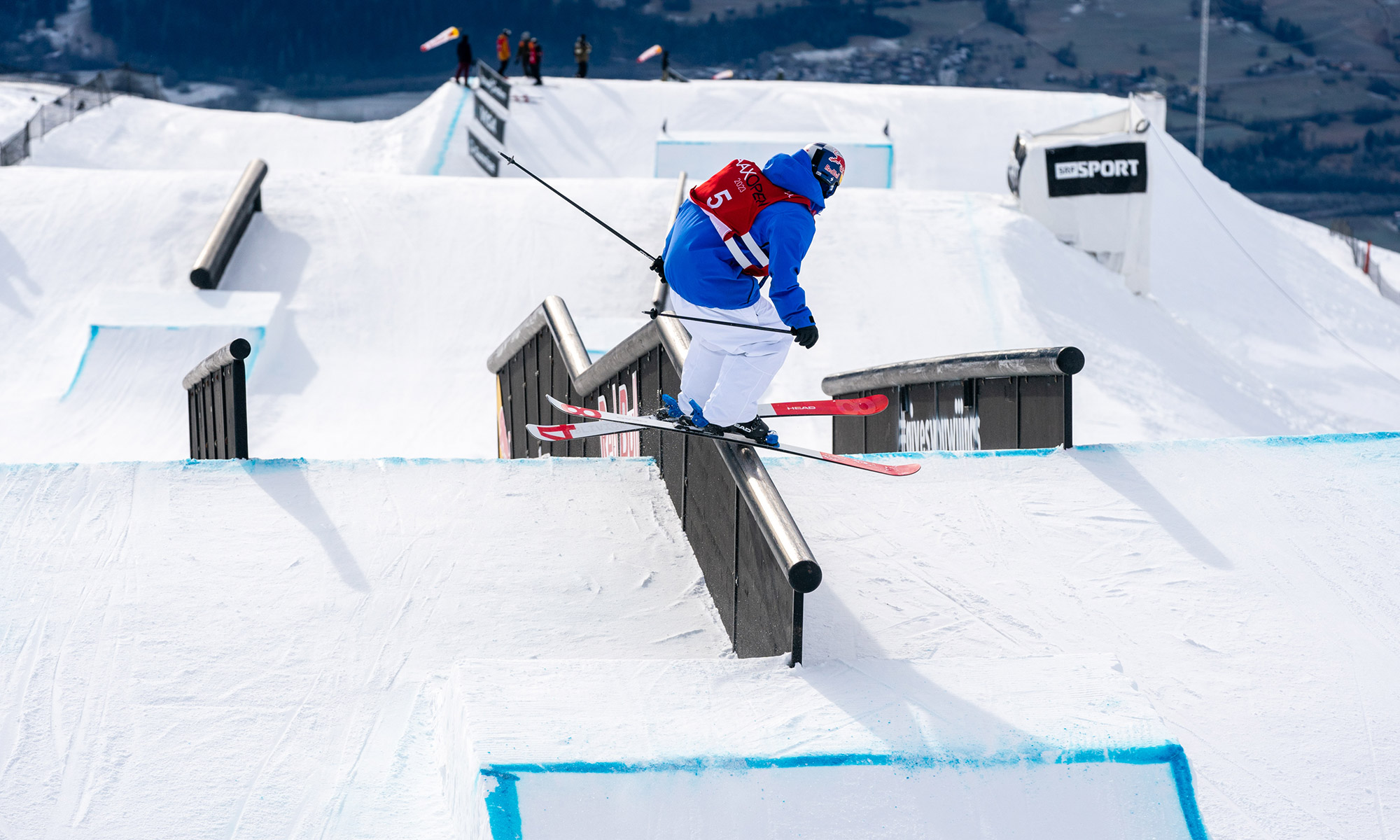 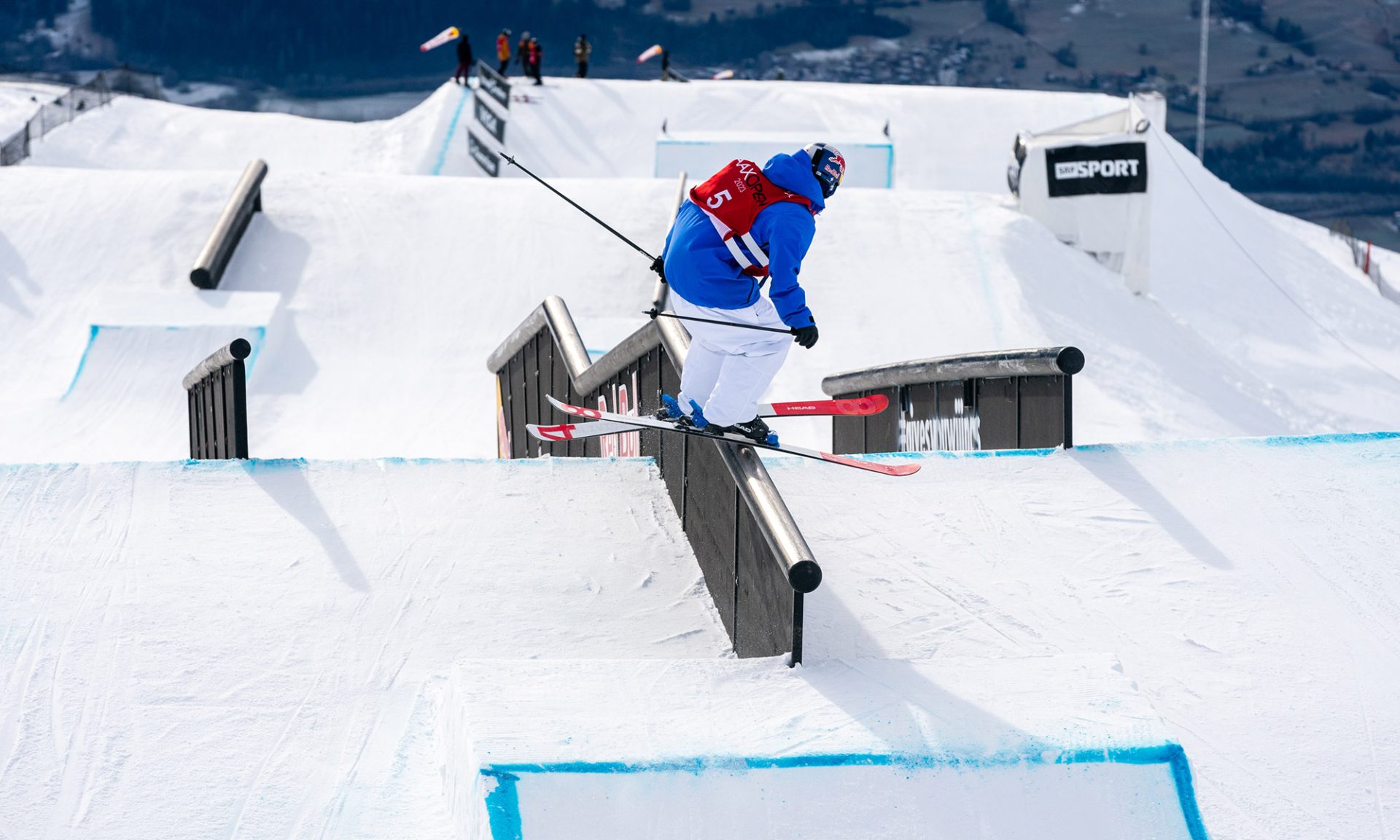 The slopestyle course in Laax is looking as proper as ever. Jesper Tjäder gives it a go through the rail section. Photo: Ruggli

The creme de la creme of international contest skiers are on hand to battle it out in Laax. On the men’s side all eyes are on Birk Ruud, who’s won every World Cup contest so far this season. Will Laax be the place where Birk’s streak is finally broken? Skiers like Alex Hall, Max Moffatt, Mac Forehand, Jesper Tjäder, Evan McEachran and Colby Stevenson will be aiming to do just that.

On the women’s side, French favorite Tess Ledeux currently leads the field ahead of a pack of veterans like Johanne Killi and up-and-comers including Kirsty Muir, Lara Wolf and Olivia Asselin. 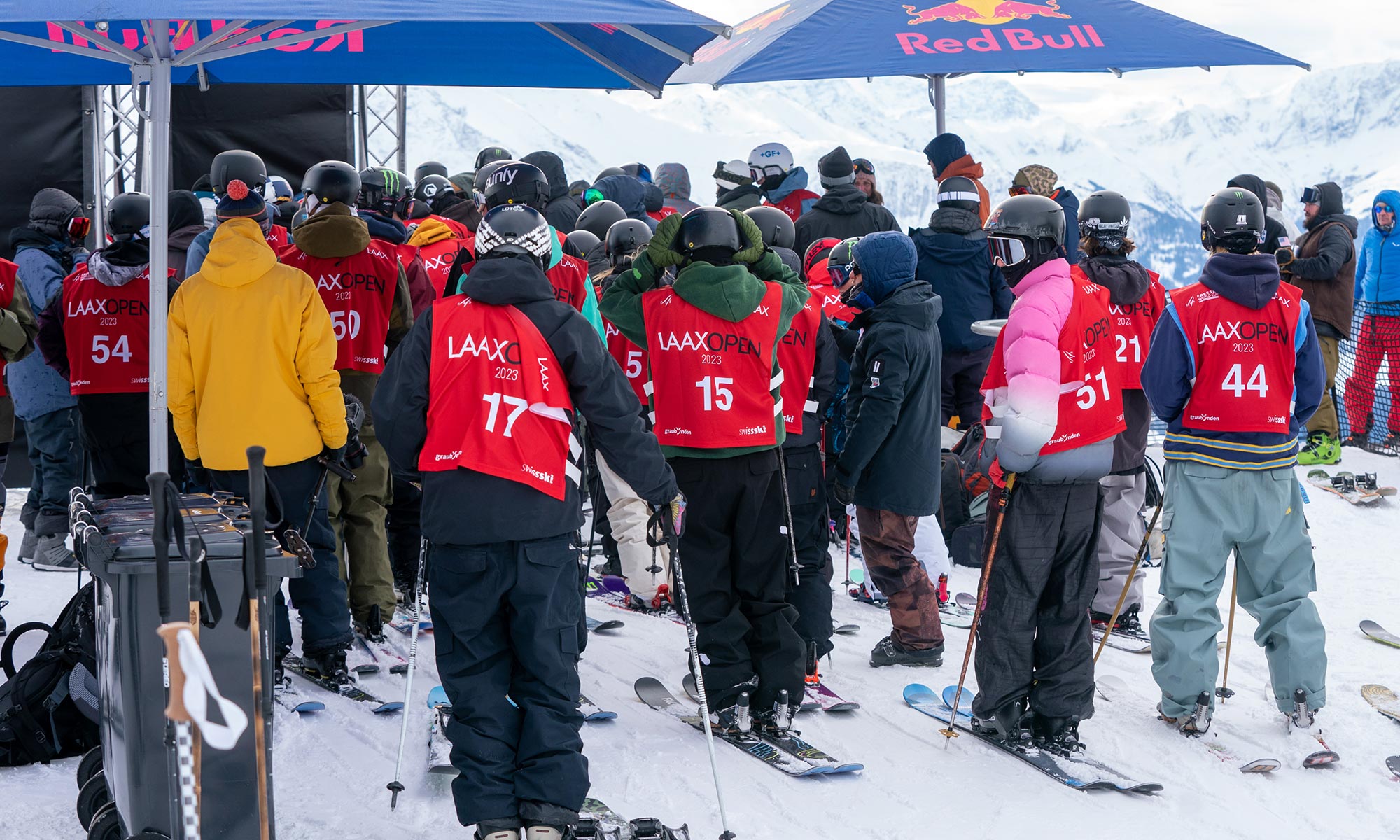 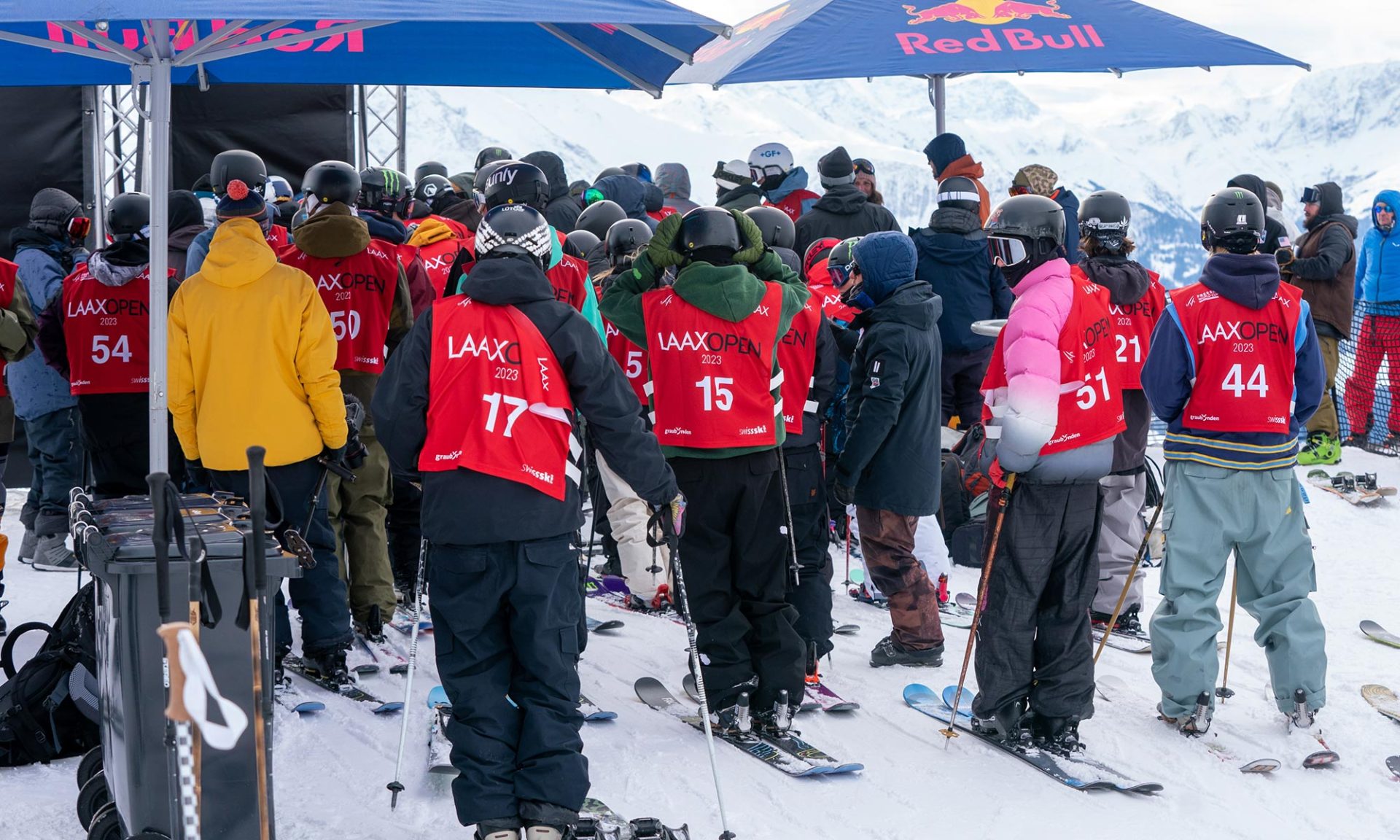 The cream of the crop has turned out for contest skiing's big return to Laax. Photo: Ruggli 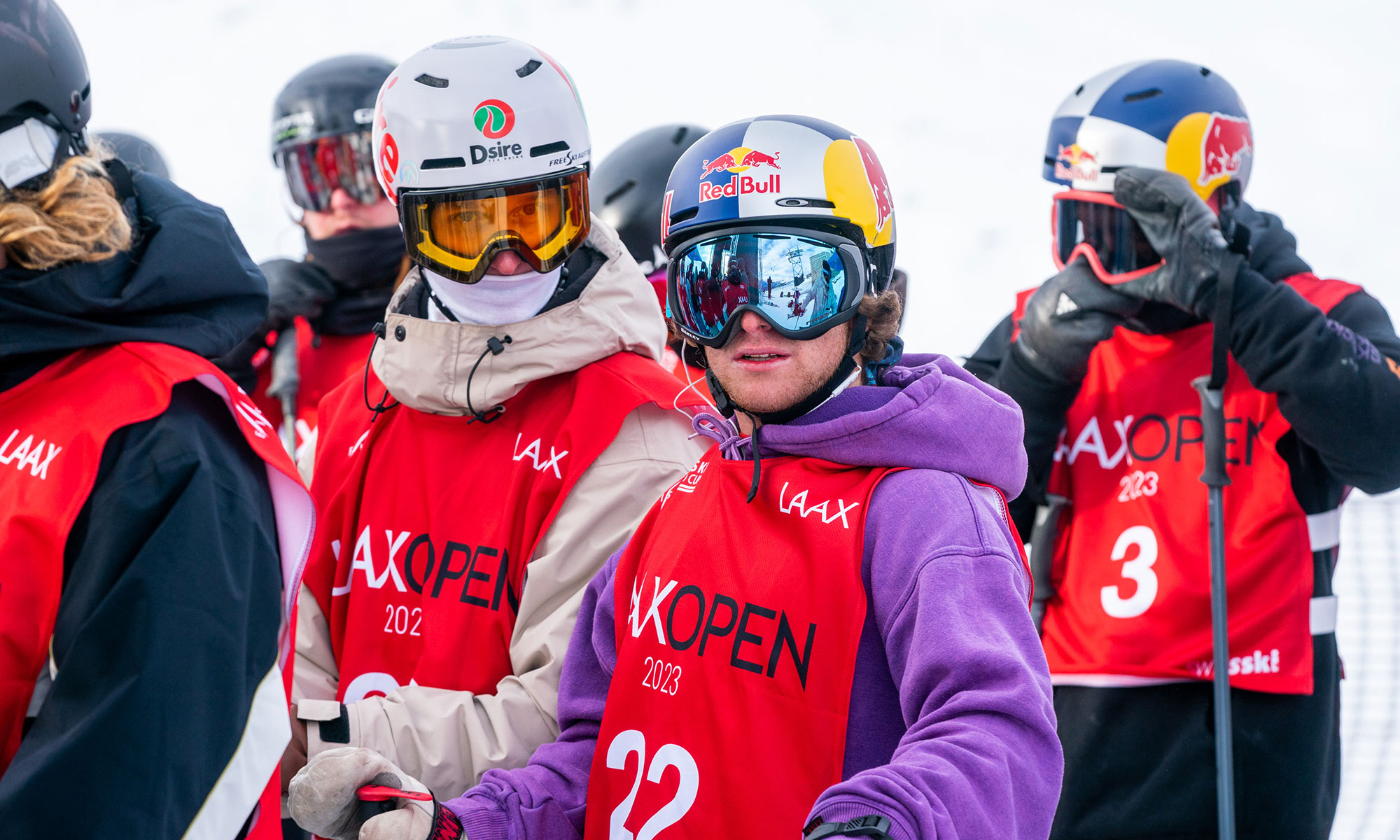 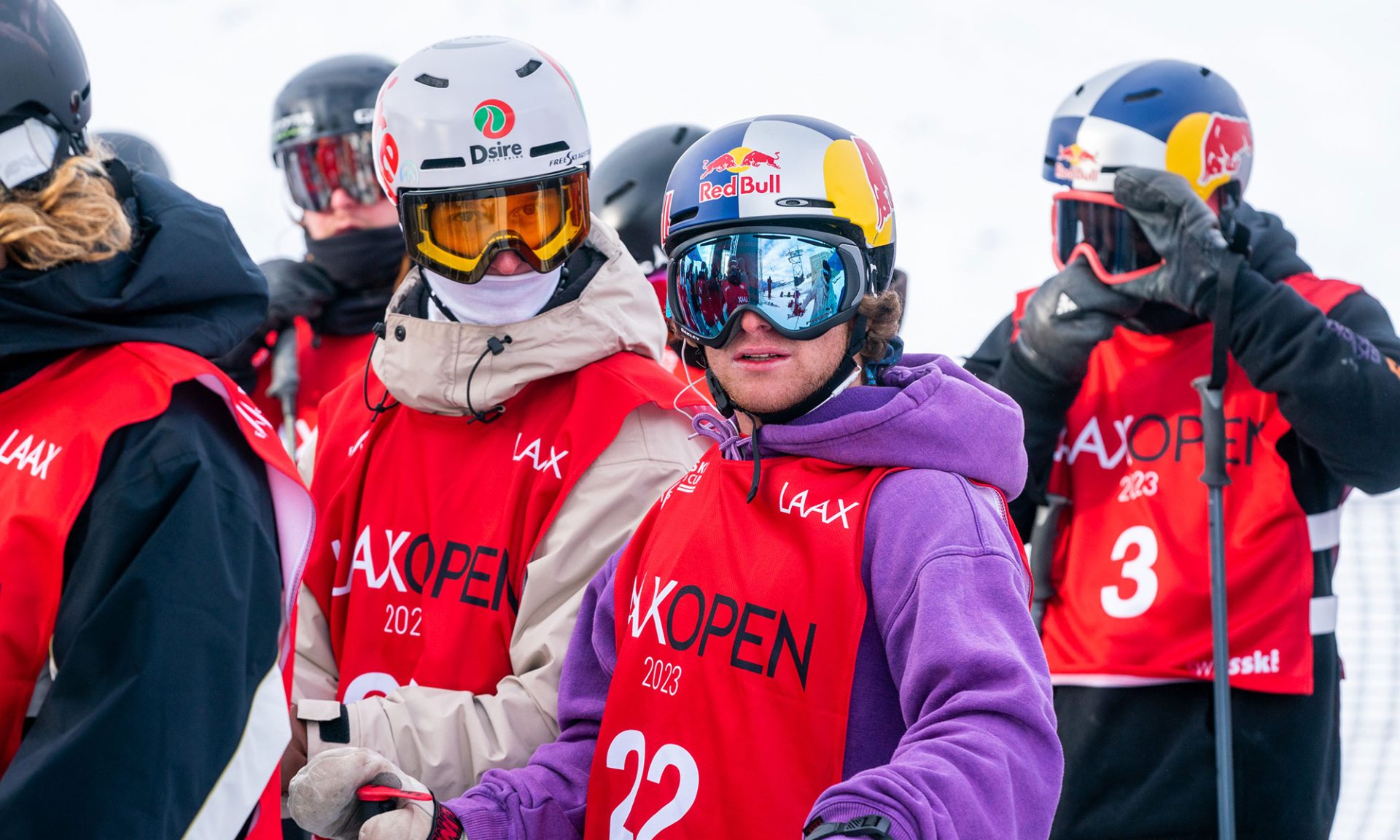 Austria's Lukas Müllauer and Matej Švancer will be looking to bring home some hardware. Photo: Ruggli

Most of all, the focus is on the extremely talented squad of Swiss freeskiers who will be looking to rack up the medal count for the home team. On the women’s side, that’s the triple threat of Mathilde Gremaud, Sarah Hoefflin and Giulia Tanno. For the men, Andri Ragettli will be gunning for gold in his home park, backed up by the ever-consistent Fabian Bösch, style master Valentin Morel, and the Wili brothers Colin and Thierry. 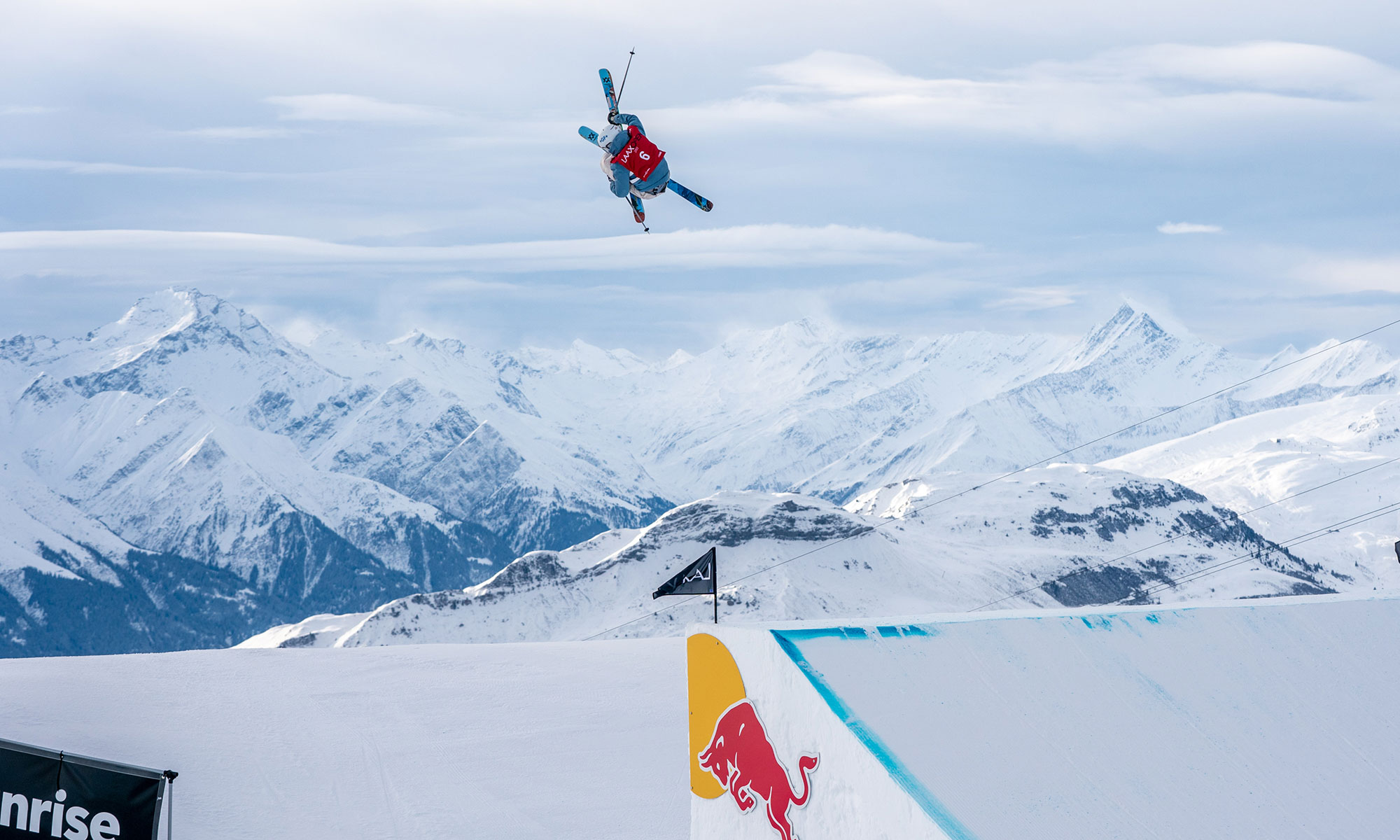 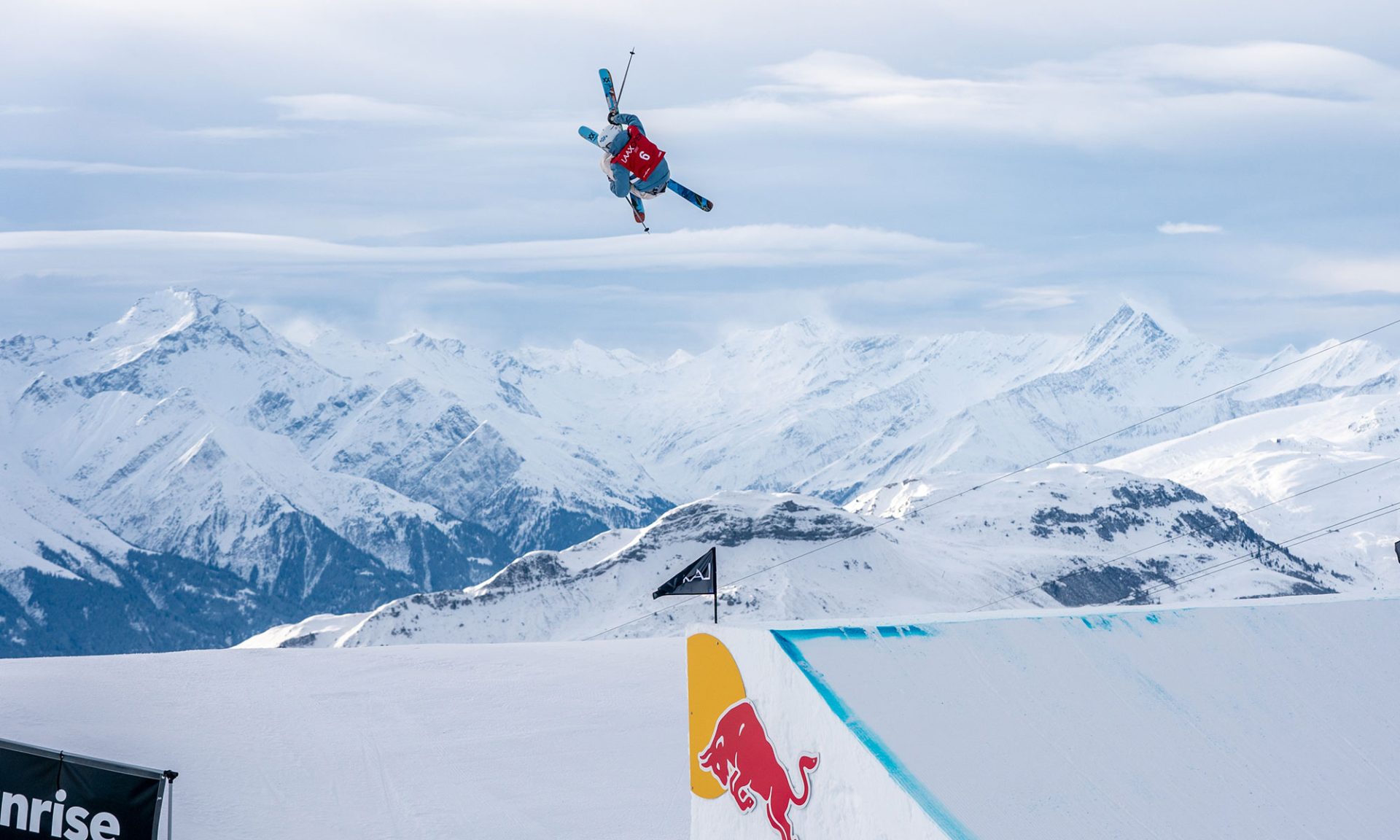 This is Andri Ragettli's home park. He won't settle for anything less than a podium finish. Photo: Ruggli

How to Watch: Laax Open Livestream

To watch the freeski slopestyle qualifications on Thursday, try this link from Swiss broadcaster SRF. (You need to use a VPN to watch from outside Switzerland – good luck!) 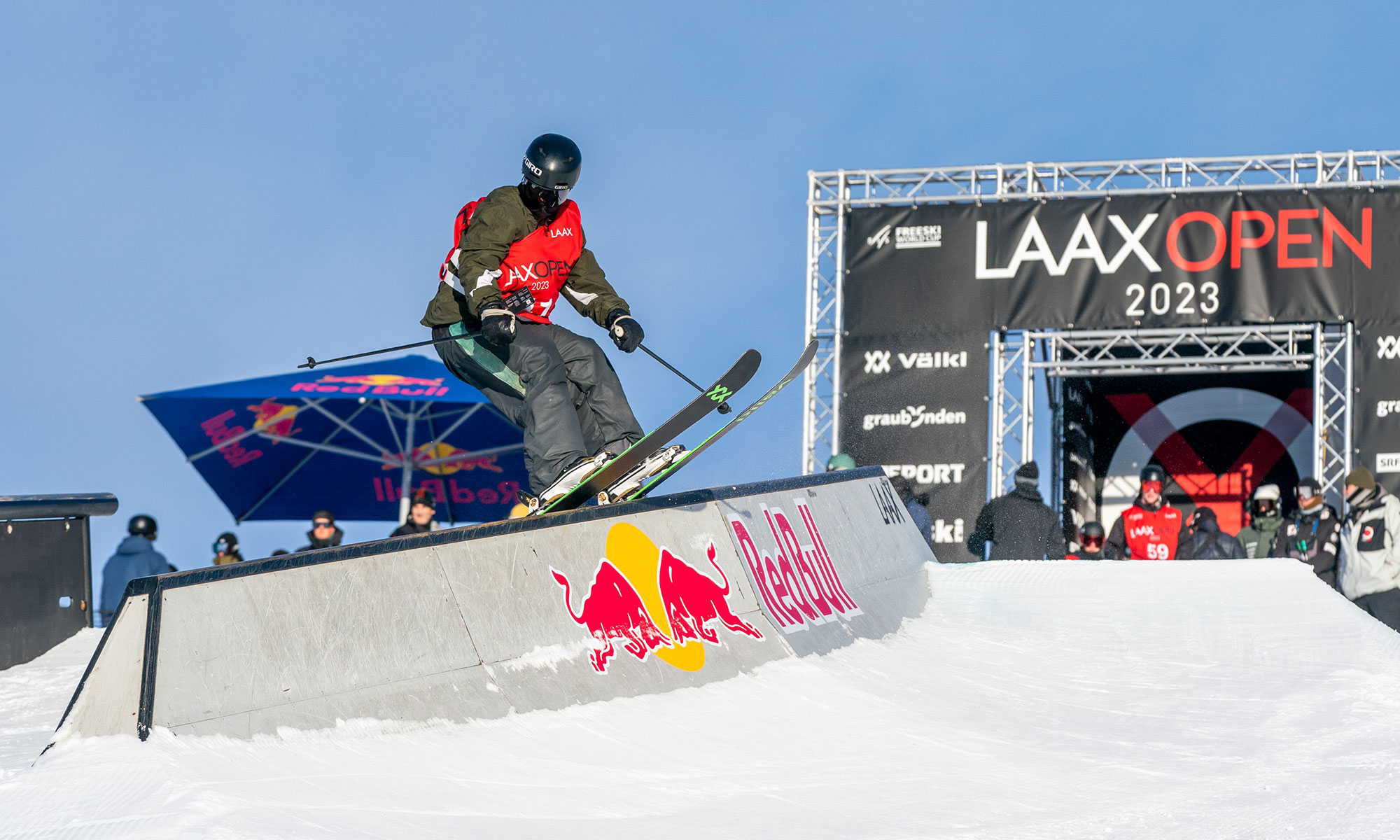 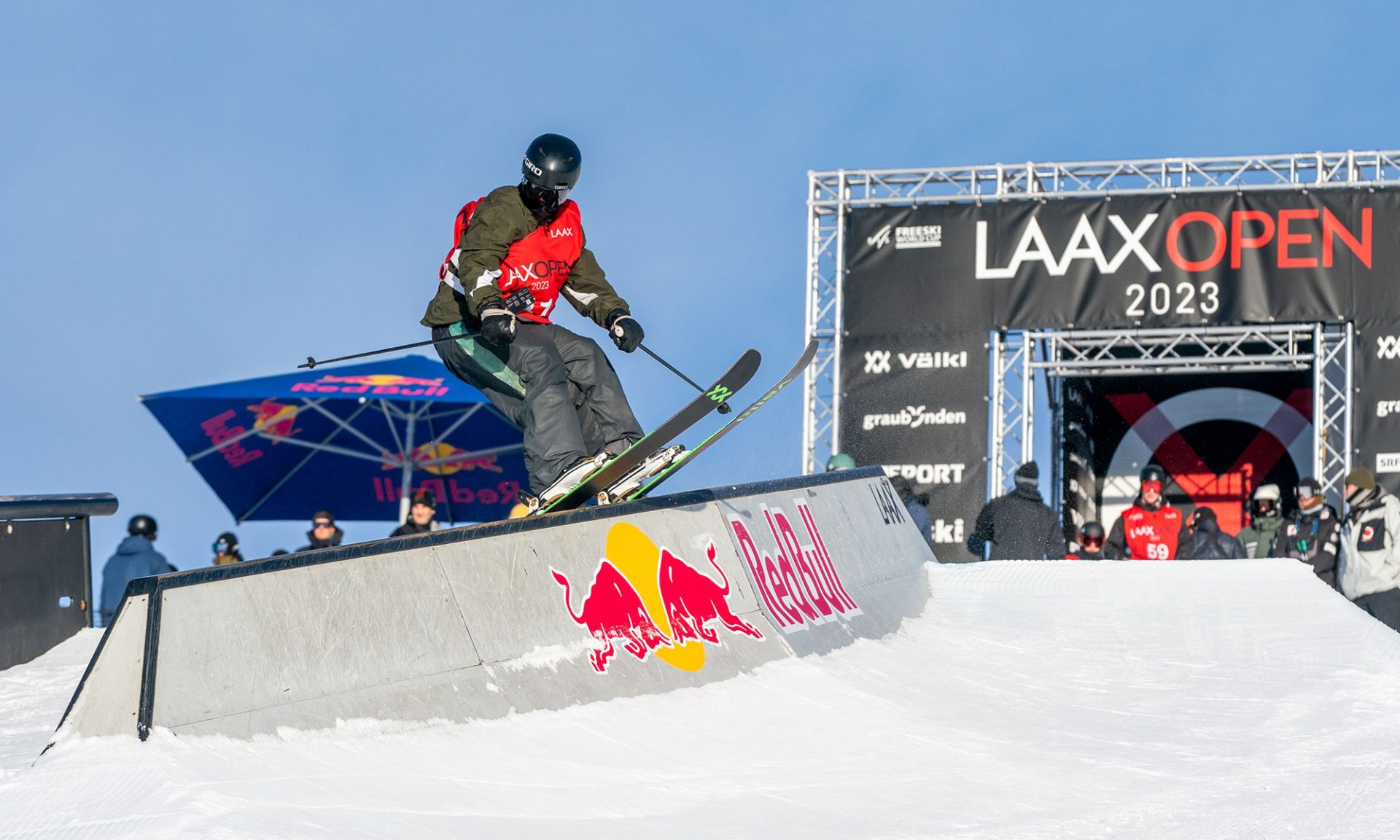 Adrien Vaudaux is one of Switzerland's many rising young talents. Photo: Ruggli

When to watch: Laax Open Schedule

Men’s ski slopestyle qualifications are planned for Thursday, 19 January, while the women’s semifinals will follow on Friday, 20 January.

Both men’s and women’s ski slopestyle finals will go down on Sunday, 22 January. Keep scrolling for the full Laax Open schedule.

Visit OPEN.LAAX.COM for more information, videos and results from the 2023 Laax Open. 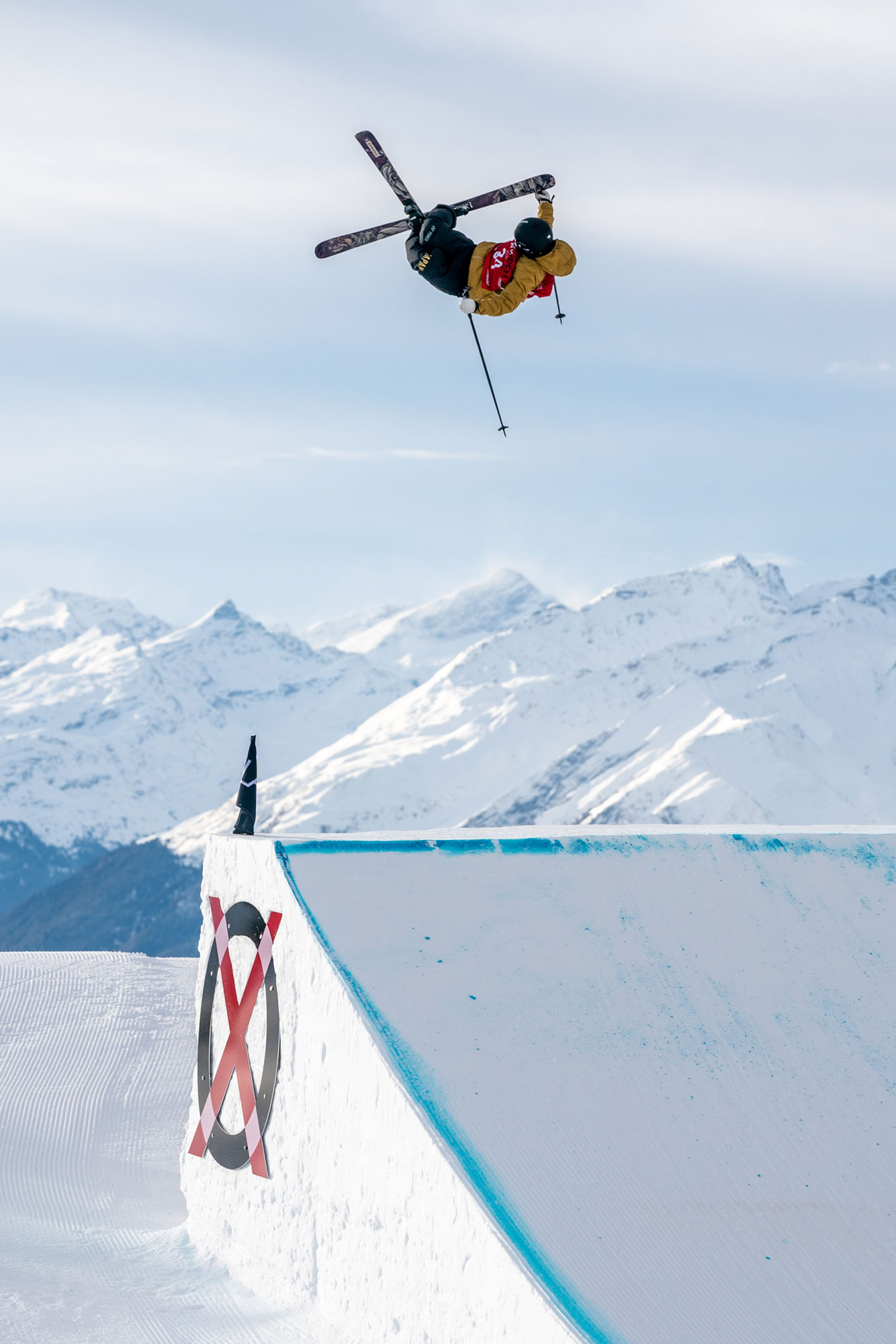 Gen Fujii of Japan styles out during training. Photo: Ruggli