The Audi Nines kicks off next week in Sölden and Obergurgl-Hochgurgl.

The Audi Nines returns to the slopes of Sölden, Austria next week with yet another mind-boggling freestyle venue crafted out of snow and steel, continuing the event’s long tradition of futuristic terrain features.

You might recall the SlopeX course that Audi Nines debuted in Sölden last year: a combination slopestyle and skicross course that made for an unconventional crossover event. This year the focus is back fully on freestyle, and there’s even an additional expansion venue at the nearby resort of Obergurgl-Hochgurgl crafted especially for the women of the Nines.

The event kicks off Monday, 22 April with a week of free-range photo & video shoots, including two highlight sessions open to the public—the night shoot at Obergurgl on Wednesday, 24 April and the Contest Day at Sölden on Saturday, 27 April. With the feature builds nearing completion, it’s time for a closer look at the venues that are taking shape. Here’s an inside look at the build in the second episode of “Behind the Nines” with Hype Minister Nico Zacek, as well as a few photos showing all sides of the multi-faceted Nines venues. 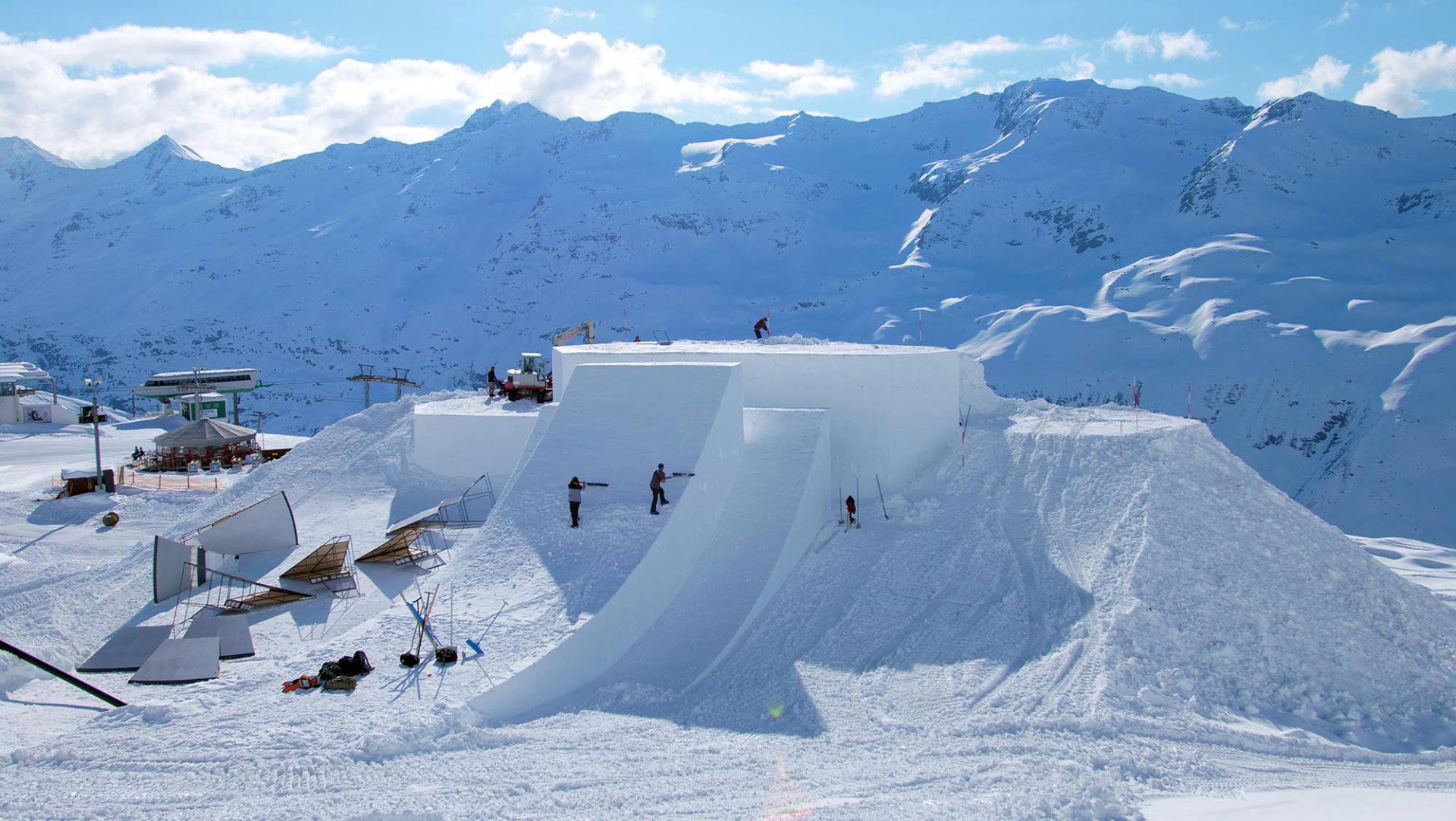 This is the second venue at Obergurgl-Hochgurgl, designed with input from the female riders. There will be a night shoot open to the public here on Wednesday 24 April—if you’re in the area, you won’t want to miss it! 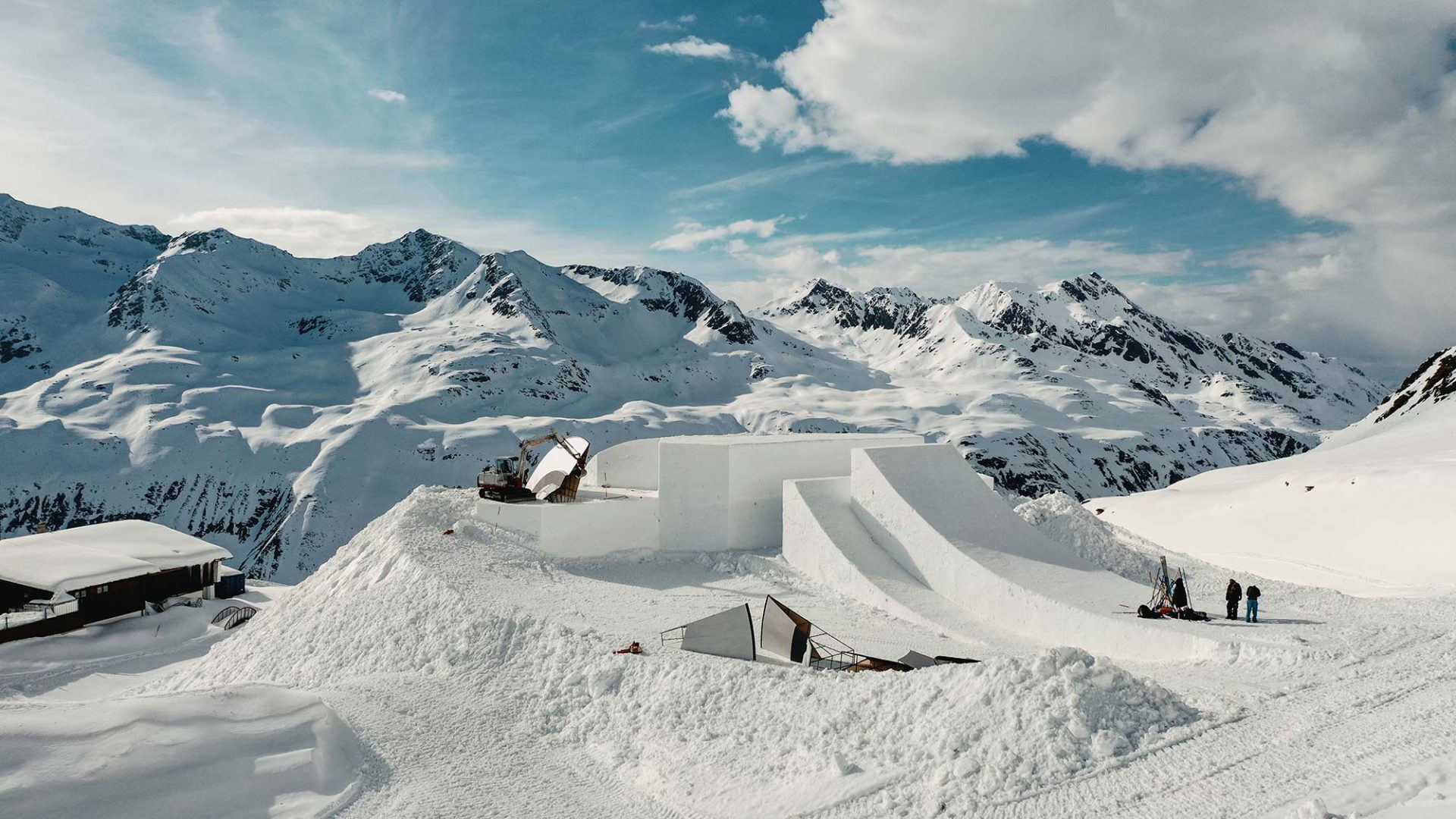 Another angle on the Obergurgl setup. Here you can see the "UFO" feature being installed on the left side. 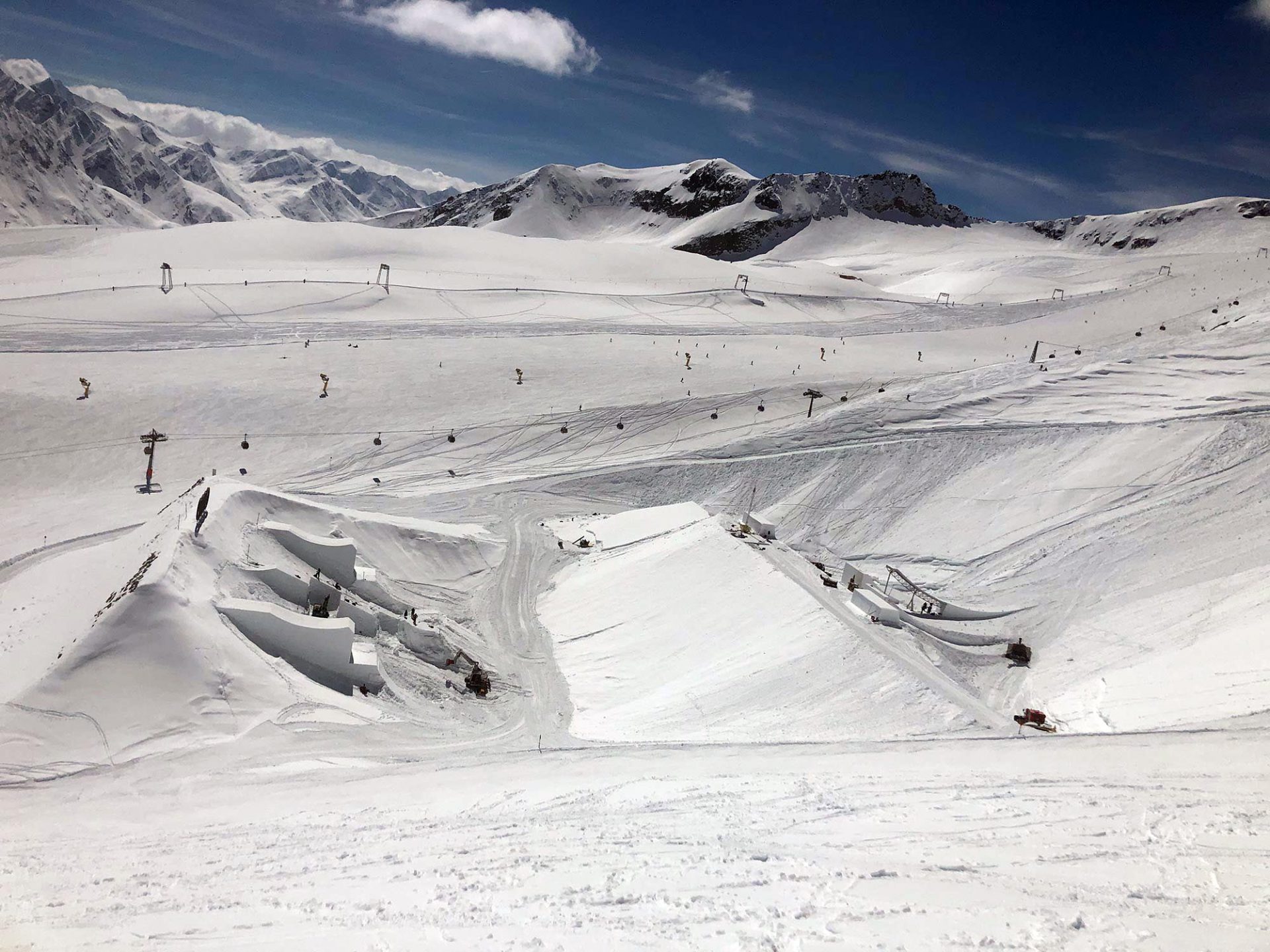 This is the venue at Sölden’s Tiefenbach Glacier, which makes use of two massive avalanche berms. This is there the contest day will go down next Saturday, 27 April—more info here on how to attend. 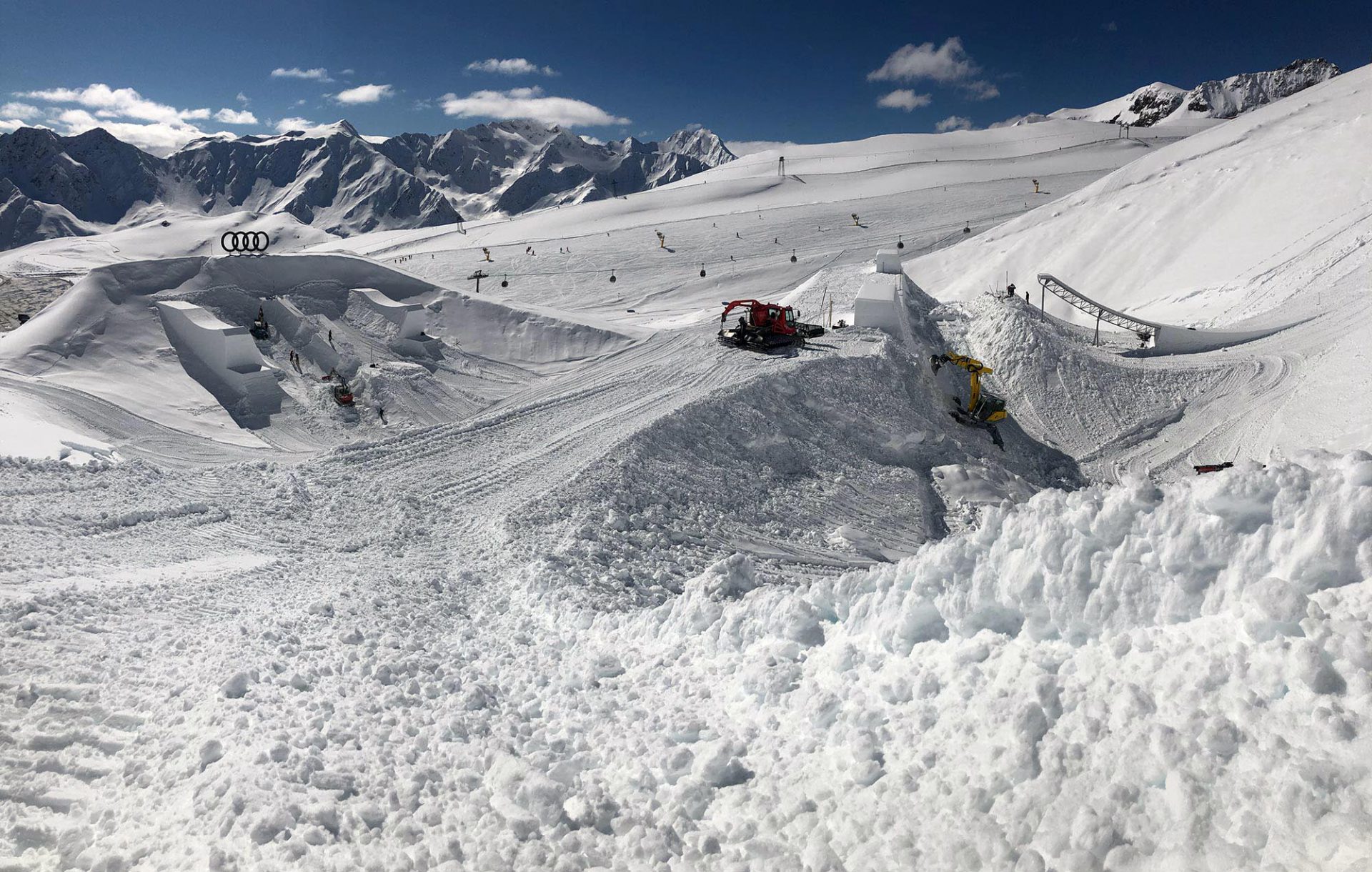 Moving in closer, you can see the so-called “Launch Pad,” possibly the most audacious feature at this year’s Nines: a narrow snow-covered metal ramp, 10 meters high over a 32-meter gap, and just over 2 meters wide. 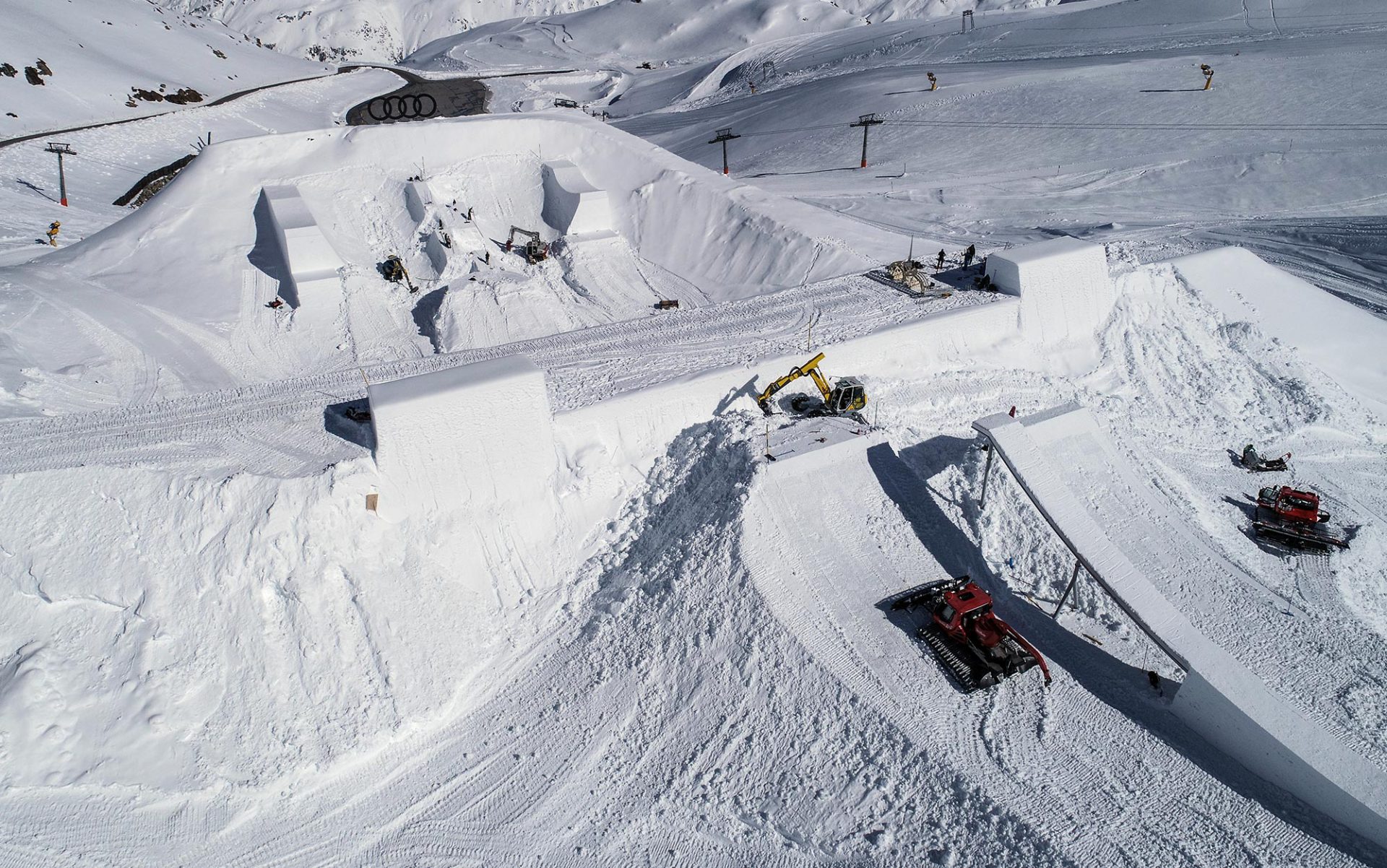 An overlook of the two-tiered venue. At the top, two kickers and the launch ramp over the top of a 10-meter high quarterpipe—you can see the two tombstone-shaped landings taking shape on the sides. Below is the more playful "transition" section of the course, with all kinds of unconventional jump options to keep things interesting. 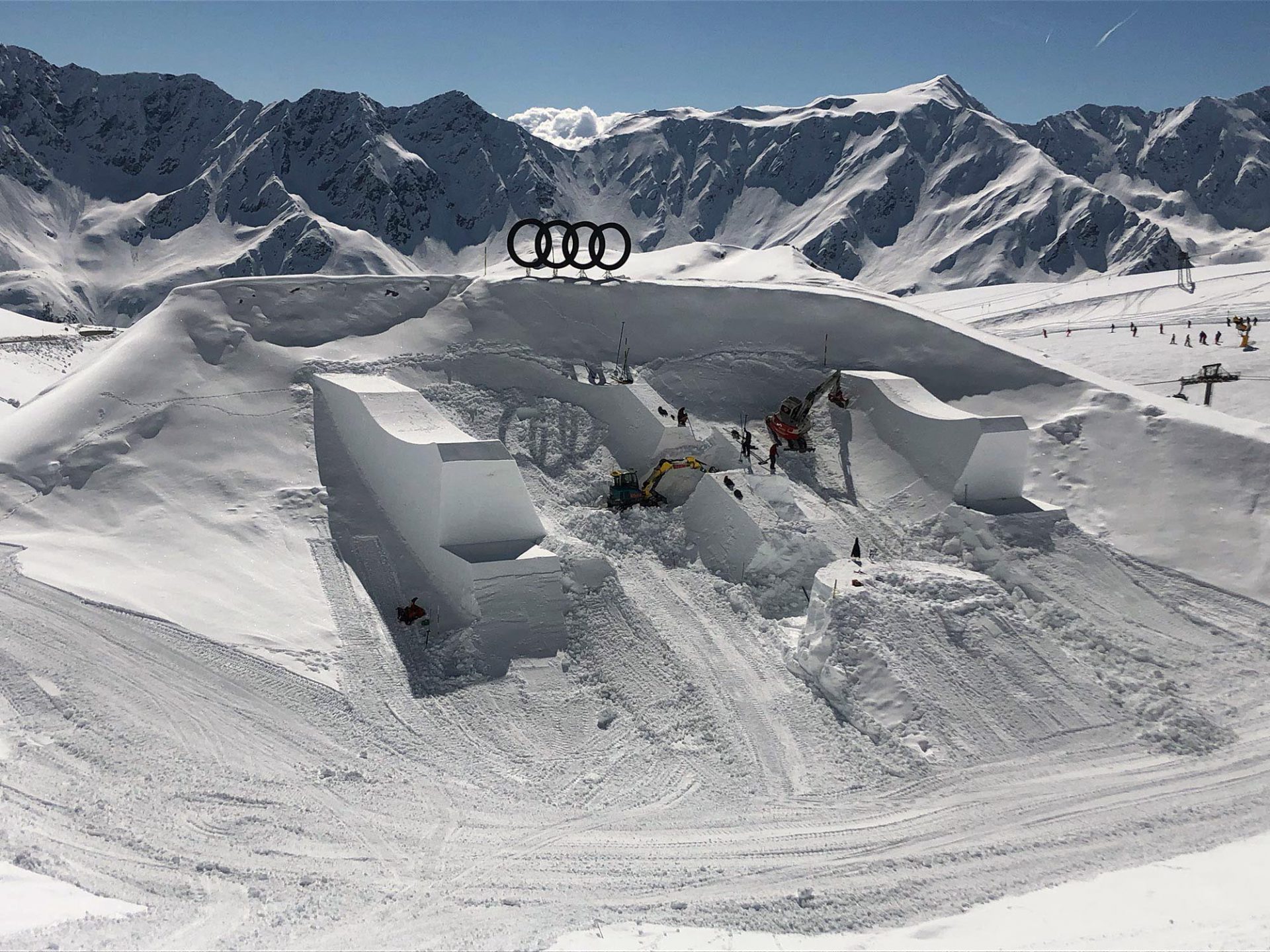 A closer look at the second tier, where you can see some unique transitions under construction.

If you’re somewhere close by and want to check out one of the two open-to-the-public events, you might find this Audi Nines user guide to be of use. And if you’ll be here in spirit, but not in person, now is probably a good time to start following the Audi Nines on Instagram (@audinines) and YouTube. You’ll be just in time to catch this year’s action.