The Armada Locator series: How much ski do you need?

The Armada Locator series: How much ski do you need?

The Armada Locator series offers the right ski for most backcountry endeavours. But what is the right ski, anyway?All photos by Klaus Polzer

At some point pretty late last winter, the Downdays crew gathered in Engelberg, Switzerland, to do some skiing together and to recap the season. Mainly to recap the season. At least that was the plan. Nevertheless, we had a bunch of Armada skis from their new Locator Series with us to test out: backcountry tools equipped with pin bindings of exceptionally light weight, to hunt for the last good snow that we hoped to find somewhere on the 3000-meter peaks above Engelberg in a time that felt increasingly like early summer. 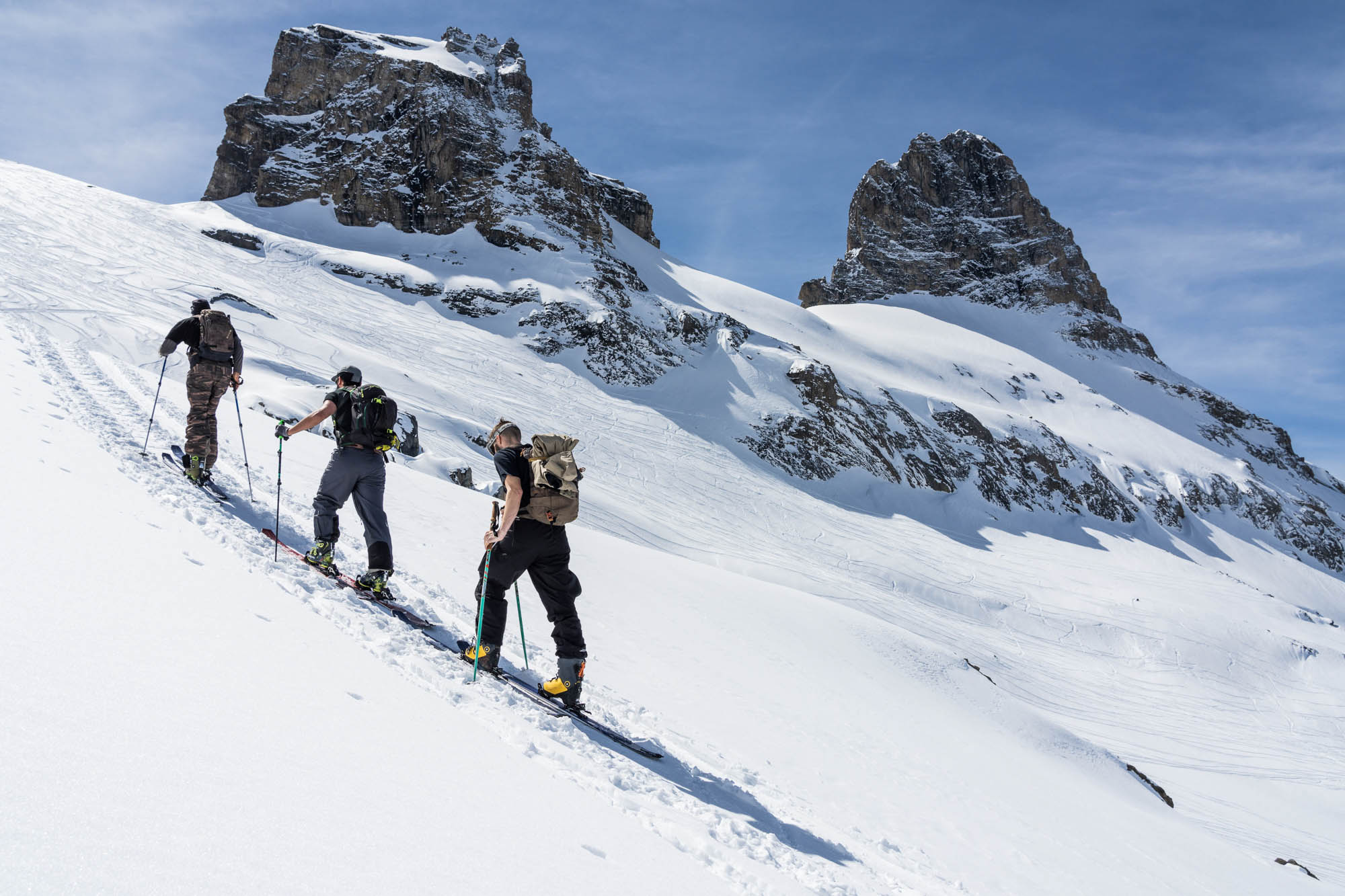 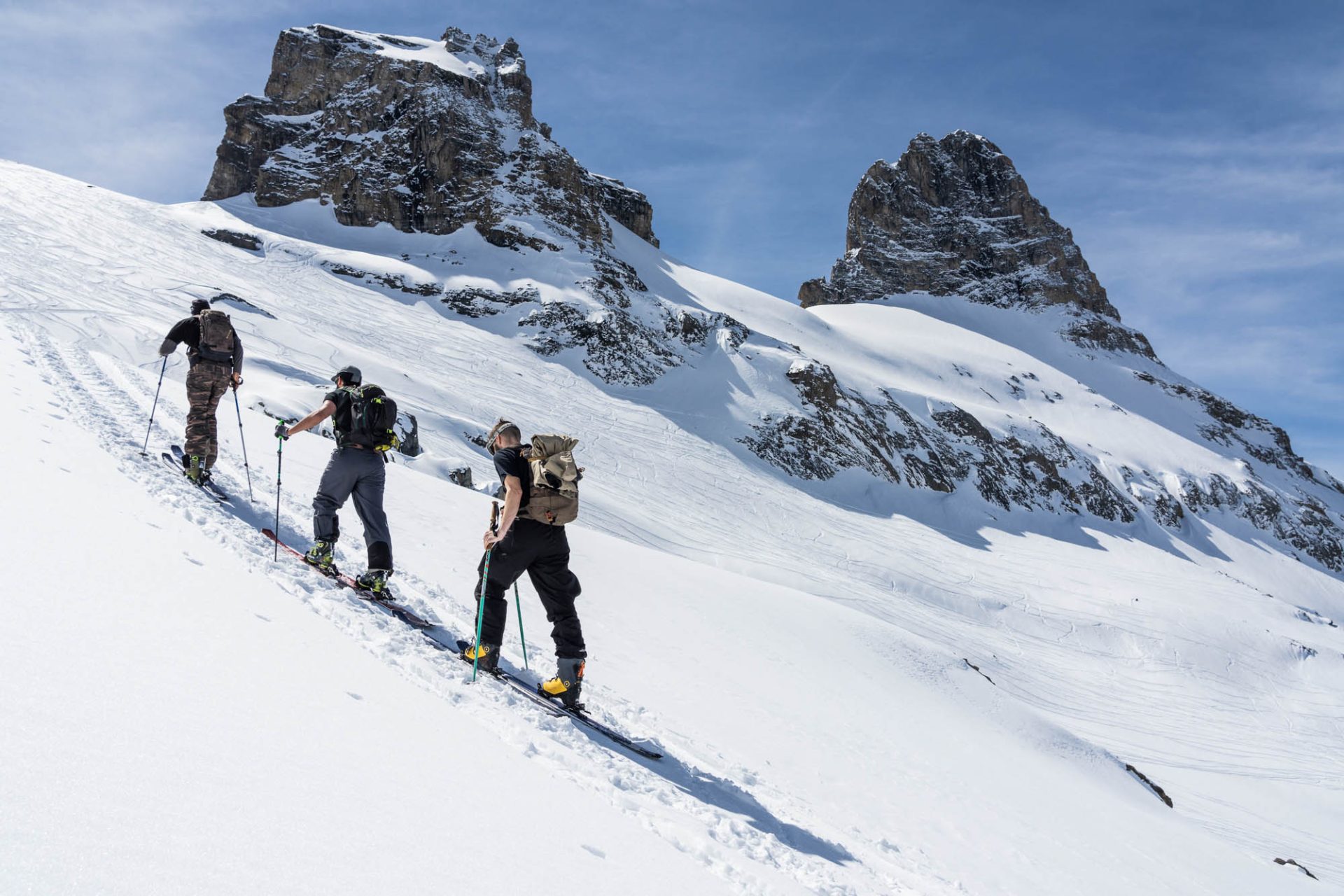 The Downdays crew is in search of answers.

The Armada Locator series comprises four different models which go by their waist width as name: Locator 88, 96, 104 and 112. All four models share the same build structure: a big wood core from the carob tree guarantees low weight, a sidewall on 75% of the ski length lends stability, a dampening plate underneath the binding made of rubber and Titanal makes for a smooth ride even in choppy snow, and lightweight edges as well as a sintered UHMW polyethene base round out the package. Available lengths vary a bit, but generally go from the mid-160s to mid-180s, with an even shorter option available for the two narrower models. Weight per ski stretches from 1350 g for the slimmest to 1650 g for the widest model, each in its tallest lengths, while the radius is around 20 m for the 88 and 96 models, growing slightly for the 104 and topping out at 26 m for the 112 in its longest version.

We didn’t have the 88, in our selection but could choose from different pairs of the rest of the range. Expecting a rather shallow snowpack, bookings for the 96 came in quickly. However, just before we went to Engelberg, a final dump of cold snow graced the mountains of Central Switzerland and changed our perspective. All of a sudden, the widest skis were in big demand, and our meeting time for recaps was pushed back to the late afternoons. Throughout three days, we encountered almost a whole season in terms of snow conditions. The first day sported nice cold powder, at least in the morning, but not bottomless with a rather solid base underneath. The second day was more like mid-season, chopped up snow with a few stashes still to be found on the more hidden aspects of the Titlis like the infamous Galtiberg run, but also some slush in the mix on sunny slopes. And finally, the third day was a classic spring skiing experience with rock-hard snow in the morning, some sweet corn when hitting the right slopes at the right time and annoying slop when missing that critical window. In order to get the best out of this situation, we spent most of the first two days with classic off-piste skiing around the Titlis ski resort, and ventured on a tour towards Wendenstöcke on the final day of our testing period. 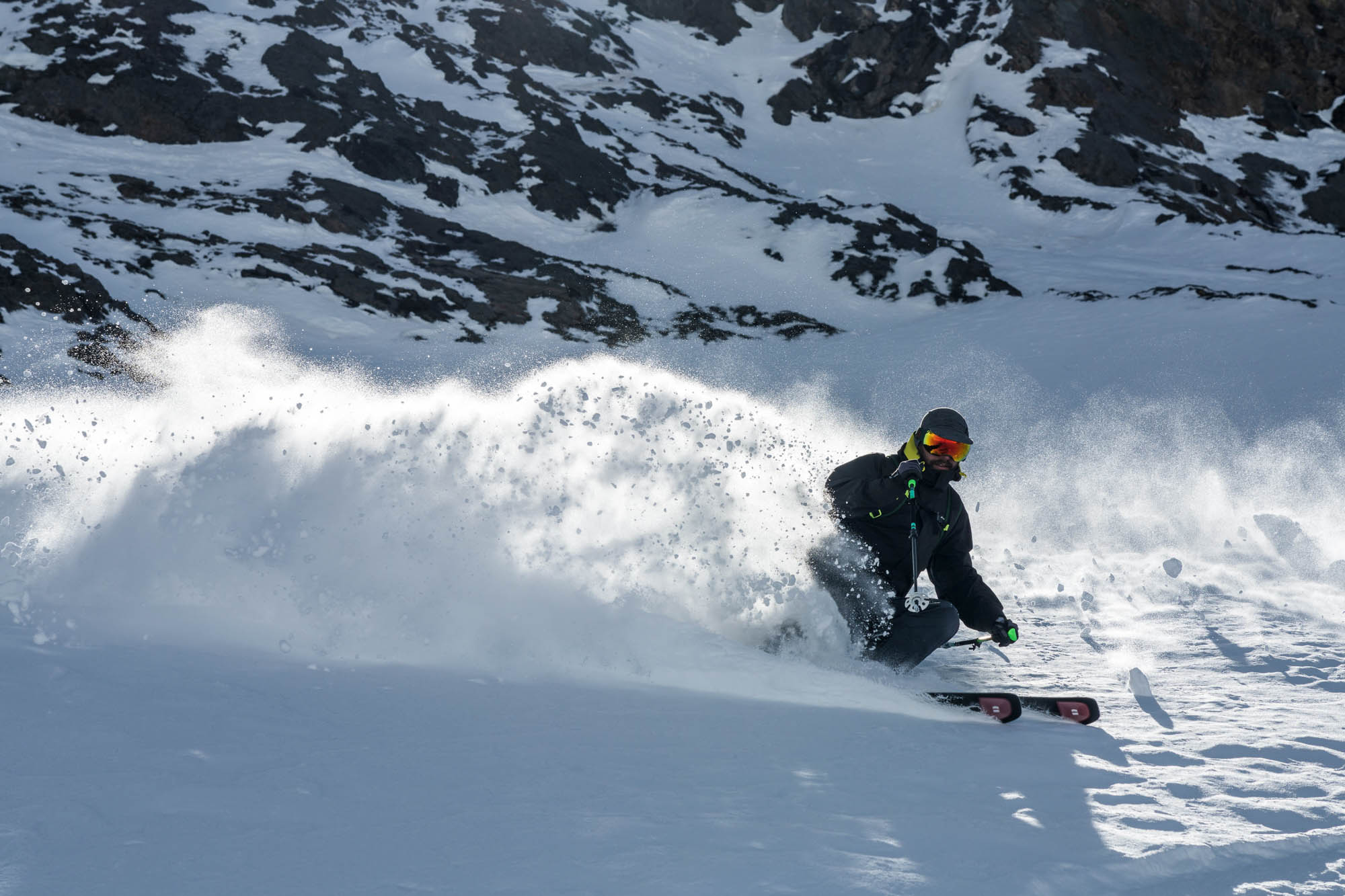 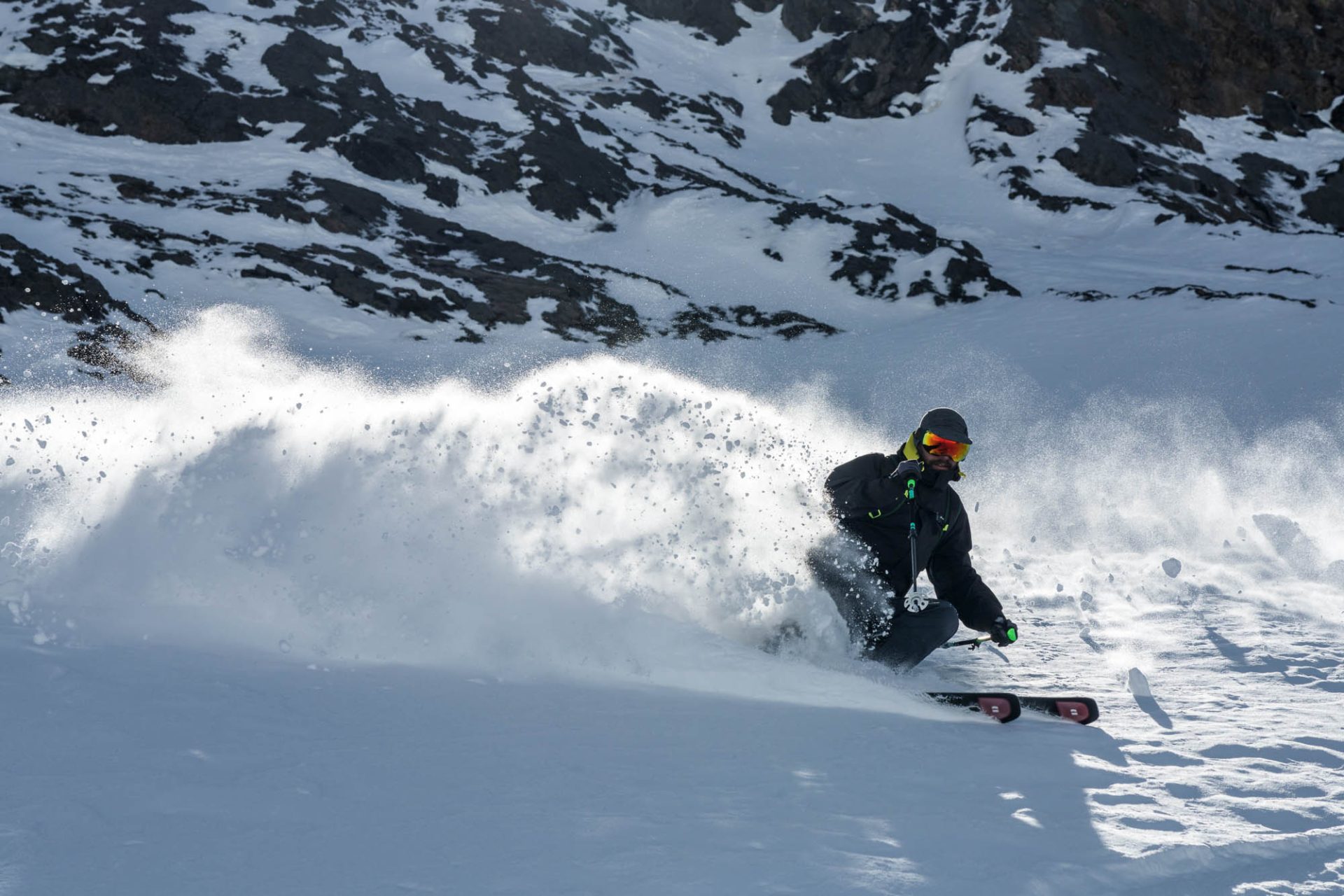 Unfortunately, every day can't be a pow day, so which Locator do you choose...

As it usually goes with ski tests, not everybody could ski each model in the ideal scenario. Since we only had two pairs per model, some had to ski the deepest snow with the skis of medium width, while others had to cope with skinning on wider skis than you would wish for. Since we also said that everyone should ski each model, we ended up with the whole range on the mountain on the middle day. Thus we got a pretty good picture of how every ski worked, and even more so, how important it actually is that you have the “perfect” ski underneath your feet. Let’s cut it short to the most important conclusion: You can have fun with most skis on a big variety of days. Serious fun on the best days and still fun on a not-so-great day, regardless of the ski. But of course, there are also limitations to all kinds of combinations between skis and conditions, not to forget about the style of skiing you normally bring to the mountain.

So, which ski should you choose? 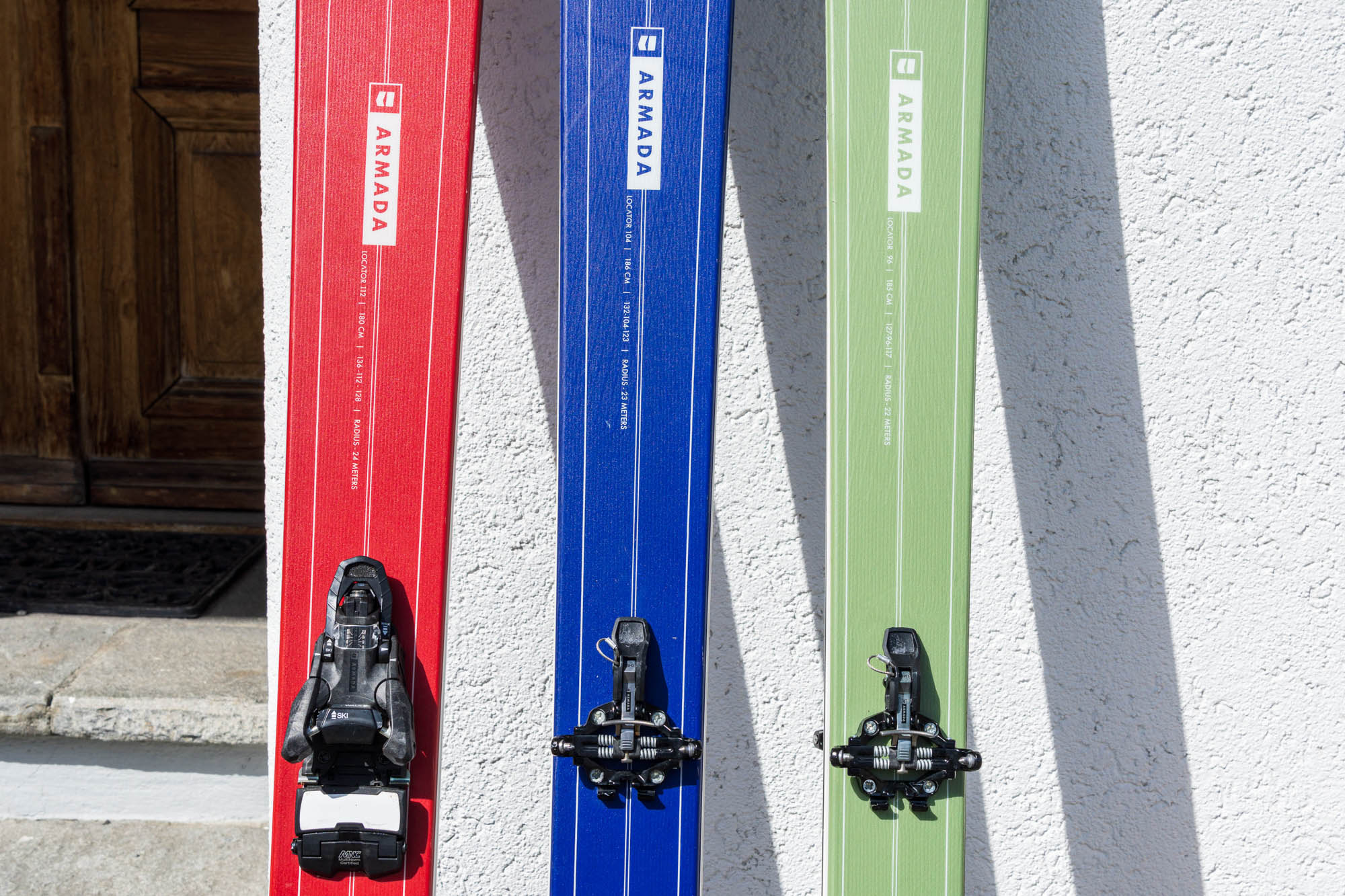 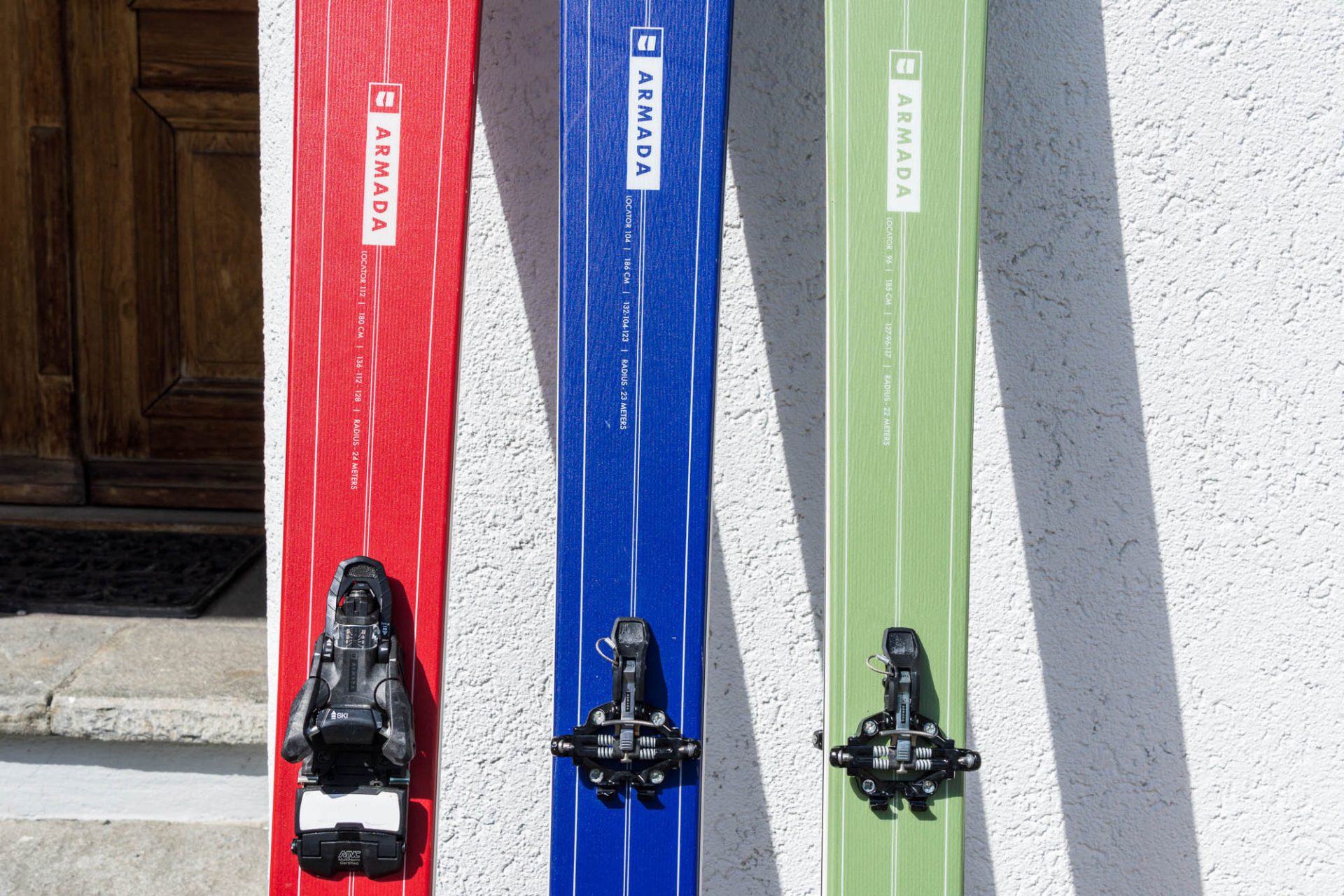 What can be said about the Armada Locator series: It offers exceptionally lightweight skis that still qualify as real skis on the descent. You can feel that light weight in different ways; for example, how effortless the skinning part of your touring adventure can be when the combination of ski and binding is well under 2 kg per foot. Your legs will thank you on your way down. On the other hand, a Locator ski – or any similar ski for that matter – will always be less stable than a full-fledged sandwich board with metal inlays over the whole length, no matter what model and length you choose. If you are about to enter a freeride contest, you might want to look for a different option. It can also be said that pure mass adds to stability, so the Locator 112 will be more stable than a Locator 88 even though they share the same construction. Then, of course, surface area matters for floating, but ski width can be detrimental in hard, choppy snow conditions. When it gets deeper, particularly with some hard base underneath, you may be wanting for every millimeter of width that keeps you afloat. Then again, you might curse that extra millimeter when traversing out some icy, nasty traverse track. 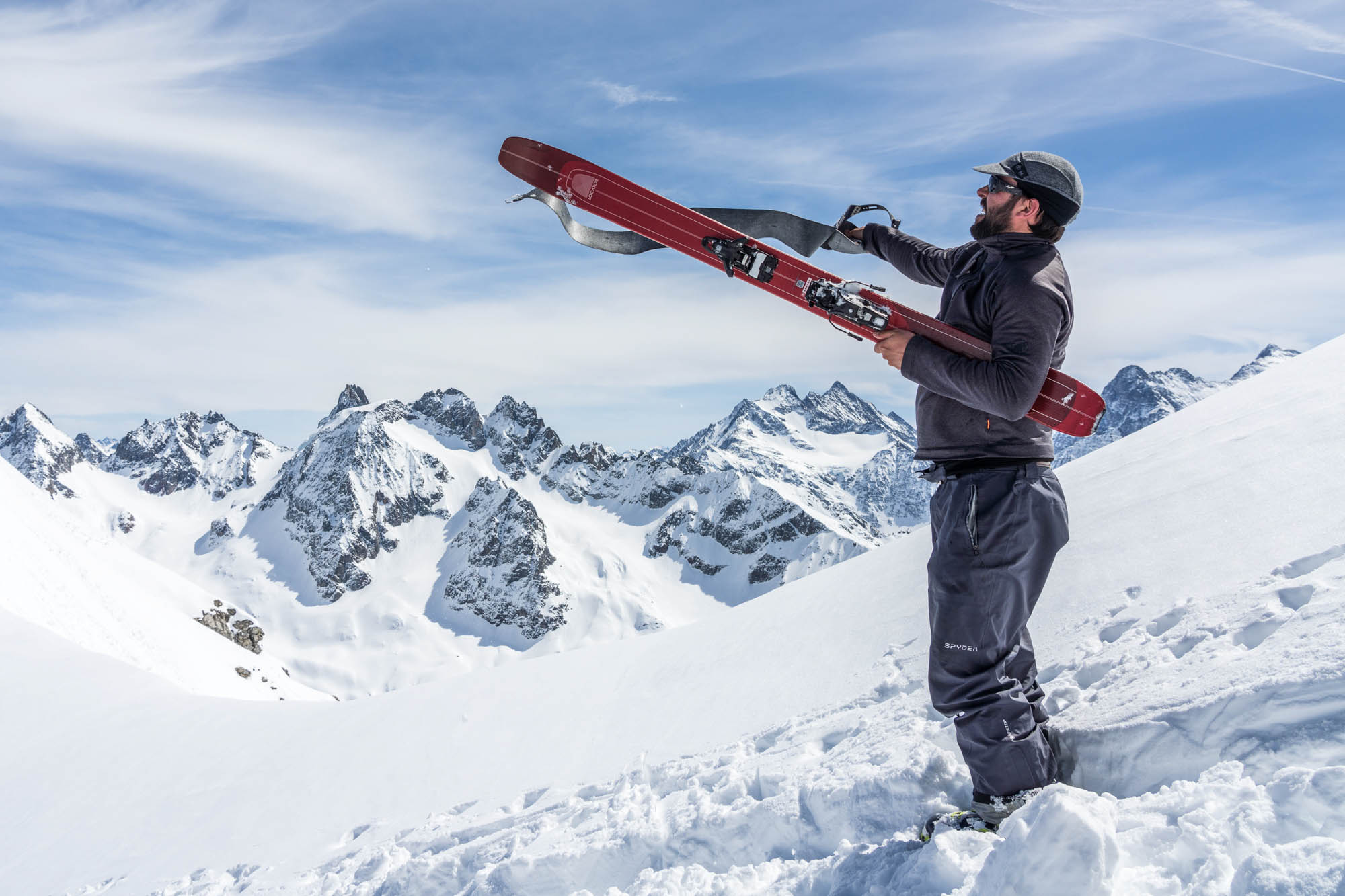 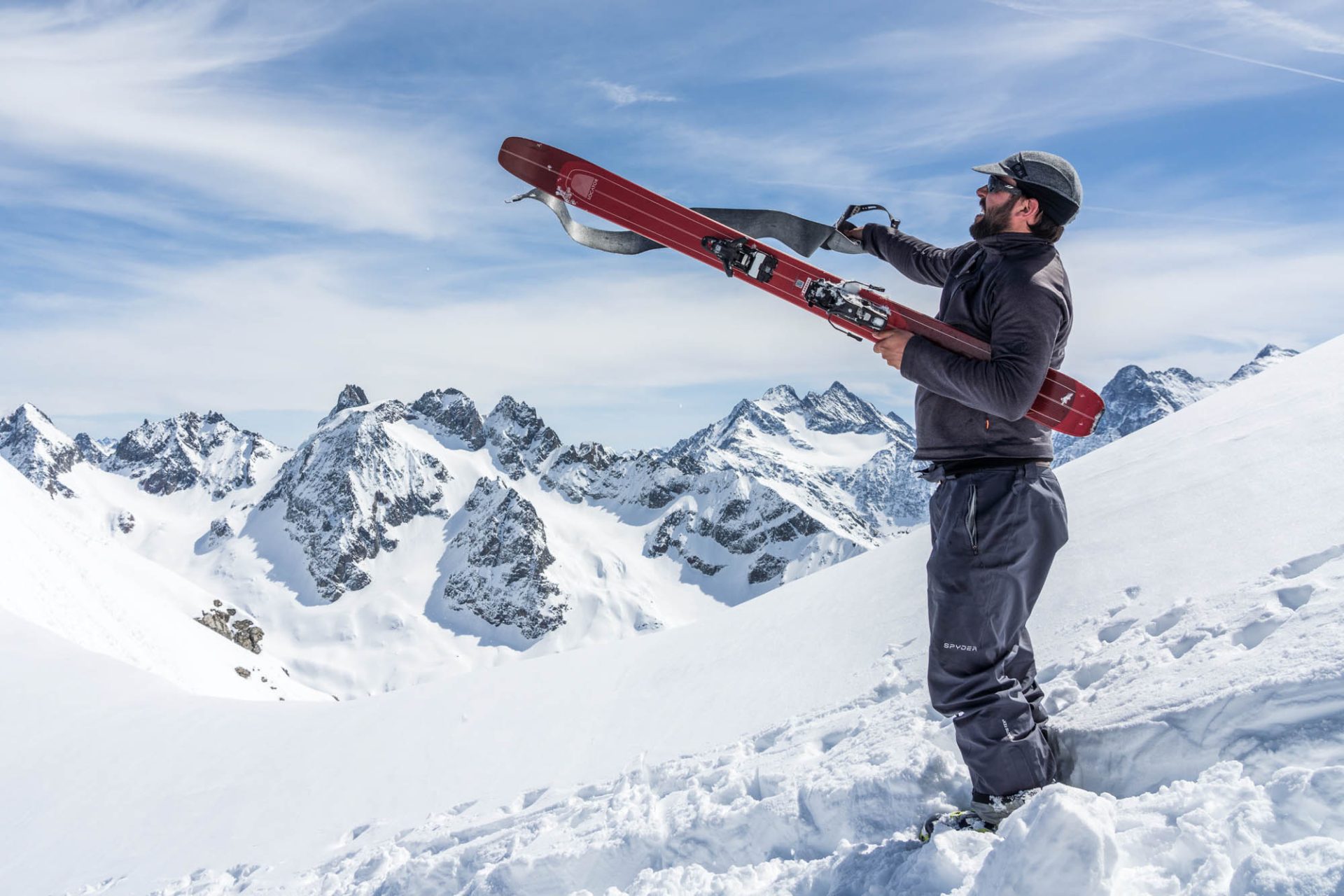 There's a perfect day for all the skis in the Locator series.

In the end, it’s always about compromises and personal preferences. However, one important conclusion from our three days of skiing in Engelberg is that you lose less fun in good conditions with a compromised ski than what you may gain in annoyance or even danger in bad conditions with an equally compromised ski. What a compromised ski is, of course, depends mainly on the prevalent conditions and the type of skiing you set out for. Only you will know what that is on the majority of days of your skiing season. So as a final thought, I offer two pieces of advice. First, unless you carry a quiver of skis around for every possible situation or live in a place where there is always the same type of snow, you are likely better off with a ski that works decently well in all kinds of scenarios you might encounter than with a model that works perfectly, but only in a limited set of situations. And second, if you are looking for a ski to go out touring a lot, but still what to have fun on the way down, consider the Armada Locator series.

More info on the locator range at www.armadaskis.com.