Should we stop summer skiing to reduce our environmental impact?

This article isn’t a scientific analysis, but a personal observation. At the end of July I went to Tignes, France to check out the GFS freestyle camps on the glacier. I was happy to be skiing in summer, I was happy to see the mountains & my friends, and more than everything, to be on snow and in the snowpark. But my enthusiasm plummeted when I saw what the glacier looked like. The bottom of the ski slopes were almost black, with rivulets of meltwater meandering through the mixed snow and the rocks. 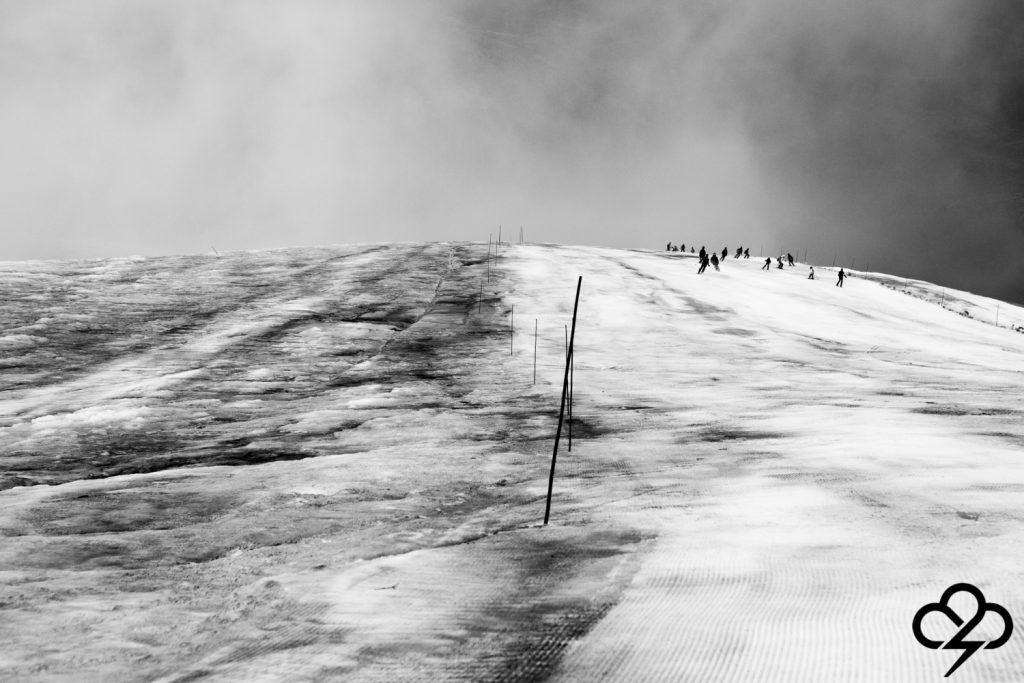 We were 60 riders heading to the snowpark, which was a small pocket of snow gathered by the winter on top of a dying glacier. I skied a little bit, and forgot about the glacier. For three days straight I’d get depressed by the view of the shrinking glacier, but when I was skiing on top, I was simply stoked to be riding.

This made me realize that we should feel guilty about what we do. As skiers, we are on the wrong side of the fence: we are helping destroy the glaciers, having fun while we’re killing something that isn’t able to fight back.

In the Alps, temperatures are rising 3 times faster than the world average. Tourism activities in the Alps, especially the 600+ Alpine ski resorts, area already being affected. The human impact is not only rising temperatures, but the work done to prepare the slopes, which affects local ecosystems and wildlife populations.

Tignes has already decided to close the ski season on its glacier after the first week in August. But is it enough?
Glaciers in other places, including Mount Hood in the USA, also have had trouble staying open this summer. We’re already harming the mountain and the snow with our skis, lifts, snowcats, sleds, littering tourists, and traveling throughout the winter—but should we really continue this behavior in summer, too?

We’re supposed to eat vegetables when they’re in season, but skiing in the summertime is like eating strawberries in January. Summer is not the season for skiing.

A recent study based on more than 100 hundred glaciers around the world that were directly measured, and thousands more measured photographically, concluded that the average loss of glacial depth is around one meter per year.
This melting will continue even if temperatures stay stable, which is, as we know, unrealistic. 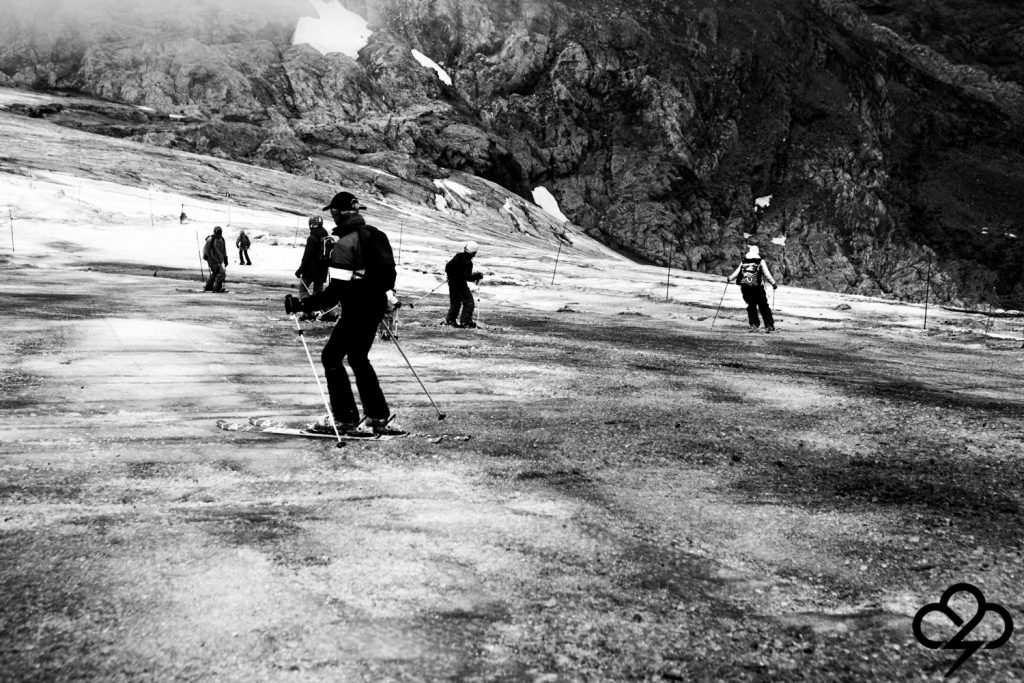 The question is : do we want to enjoy summer skiing before it disappears entirely, or should we stop being a part, even a small one, of this tragedy?
Will we continue to act like spoiled children, using the Earth as a playground without thinking of the consequences?

Last season, Karl Fostvedt told me the he felt as a skier he’s not on the right side of the environmental debate. He said once he’s done being a pro skier, he’d like to change that, and start having a more positive impact.
I feel that we can act before, as skiers, to limit our negative impact on the planet.

KARL’s full quote:” It’s tough ‘cause consuming is too easy in our society. I don’t know how I can justify flying across the Atlantic Ocean to ski, but there’s no way I could justify never stepping foot in the Alps either. Meeting more people, new cultures and getting experience could help me to be a better person and bring good ideas to the USA; reduce my impact in the long term… I know I’m not perfect, but I’m going to try to get a little better every year. The point is to be a part of the solution and not a part of the problem. Right now I’m on the wrong side of it. I think it comes with age; there is so much to learn about the world. In the mean time, I’m working with my family to produce as much food as we can without going to the supermarket. We’ll be growing everything we can in the garden this summer.”

I’m not saying we should stop skiing—Hell no! I want to keep my job and my passion, just like you, and have a positive impact on the world. The big changes that have to occur to make this happen are on a much broader scale than this little article—but being aware of the problem, and one’s own part in it, is the way to start making change.

Stopping skiing in the summer on glaciers is definitely an easy first step.

Maybe you think this article is bullshit and hypocritical from a guy in my position, making a living because people ski, and maybe you’re right. But forget about me and think about the message, and your own life as a skier and as a human. It’s time for us to take more responsibility.

5 EASY SKI TRICKS | YOU CAN DO ANYWHERE

5 EASY SKI TRICKS | YOU CAN DO ANYWHERE