One of the weekend's many high points: 20 years of Level 1 athletes stormed the stage at the premiere of "Romance" to receive a standing ovation.

Last weekend the High Five Festival went down in Annecy. As a ski fan, you probably already know what the High Five is. If you don’t, well, you’re missing out! Every year in the early autumn, ski aficionados meet in a town in the French Alps called Annecy. Everybody is there: ski fans, brands, moviemakers, musicians, comedians… and most importantly, riders. All the great names from all around the world make the pilgrimage here for three days of pure madness.

Since 2010 the High Five Festival has been kicking off the winter season in style. Riders from around the world come to Annecy to premiere their new movies. But it’s also three days of pure energy along the lakeshore with signing sessions, meetings, brand villages, giveaways, fun events… and lest we forget, parties! It’s something that you really don’t want to miss. 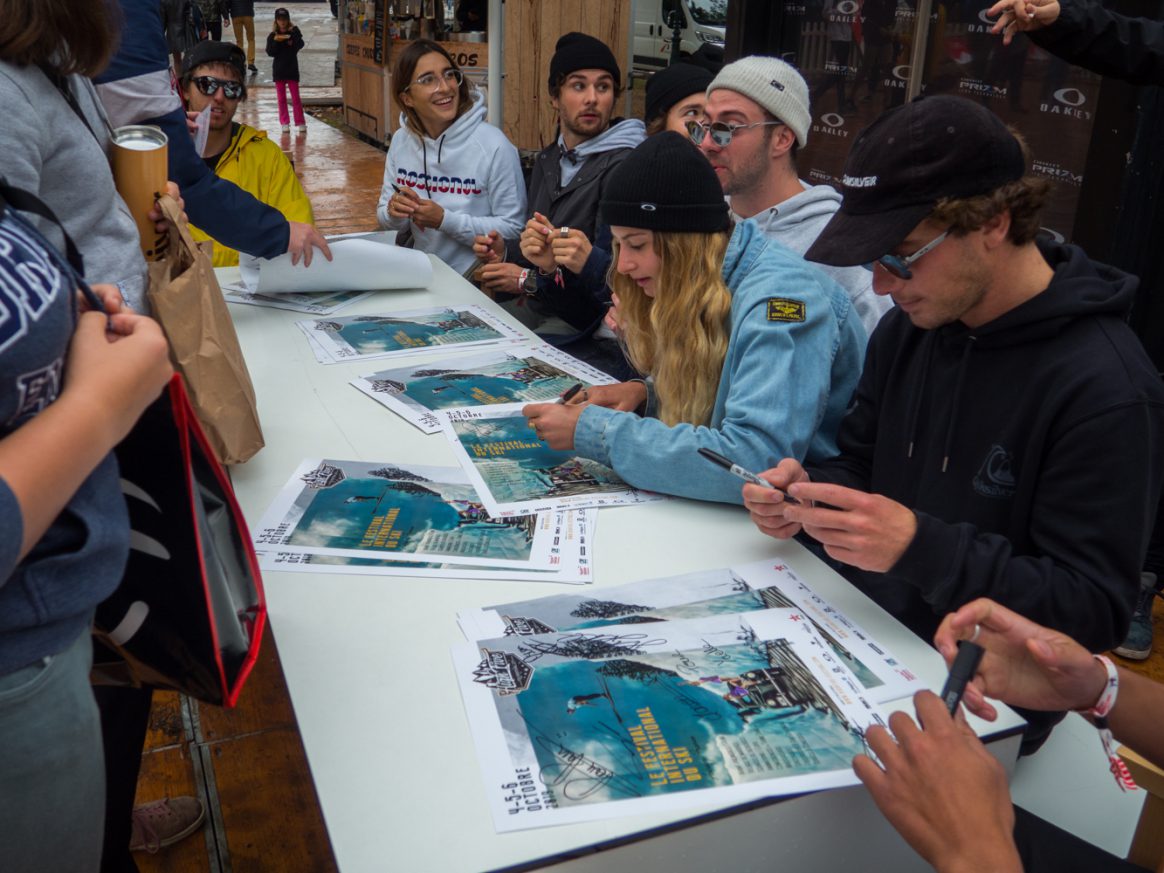 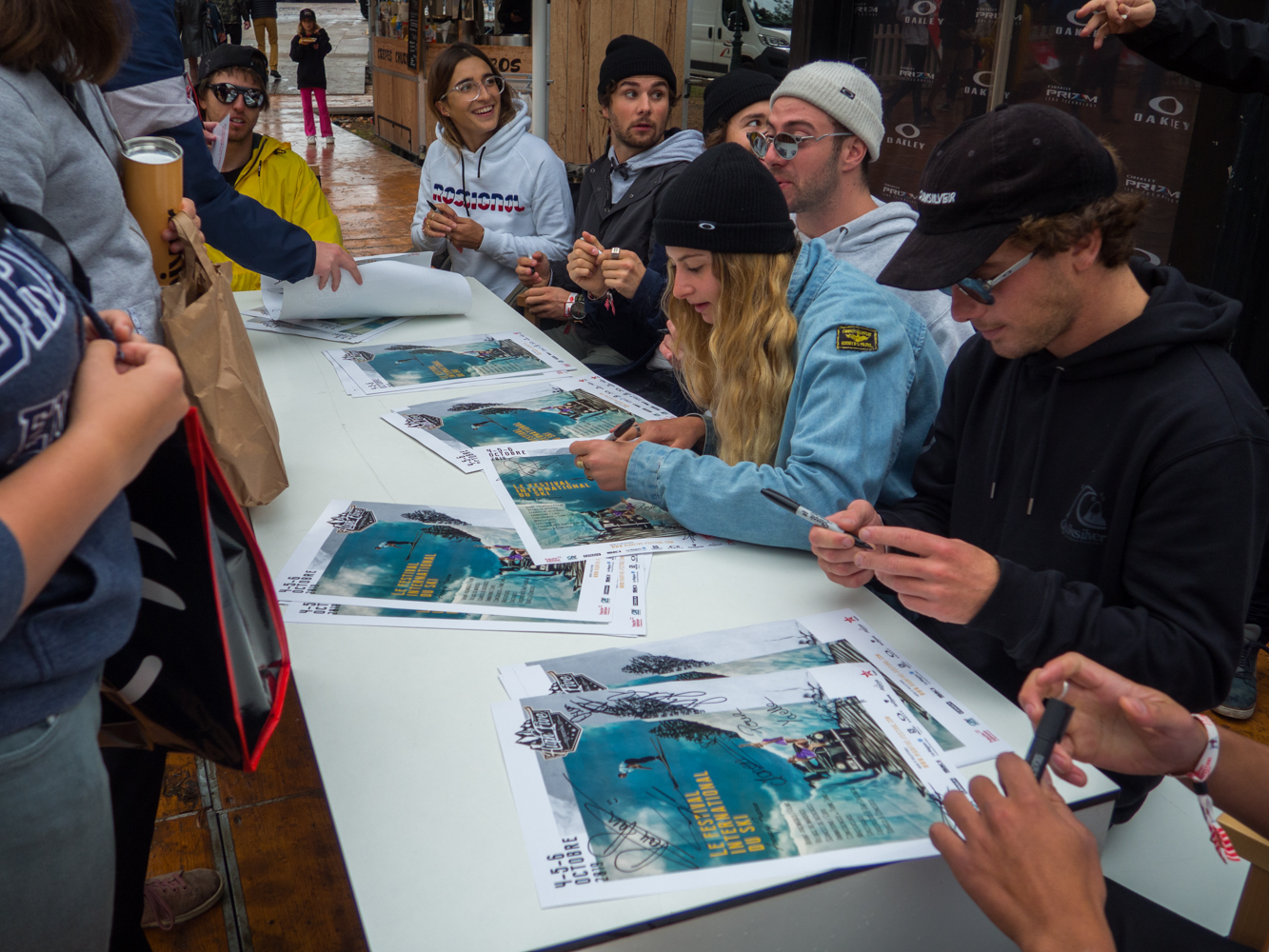 For my part, I’d never been to High Five before. On the one hand, it was too far from my home (a six-hour drive) and on the other hand, too expensive for my student’s wallet (after all, you have to pay for transport, a place to stay, cinema sessions, the festival pass, food and parties). So I’d spend the weekend of High Five at home instead, watching my friends’ photos and videos online. It was kind of frustrating not being able to be there with them. That is, until this year. When Downdays asked me to attend High Five with my photographer, I was as excited as a little kid. So we loaded up for the six-hour drive, and finally made it to Annecy. 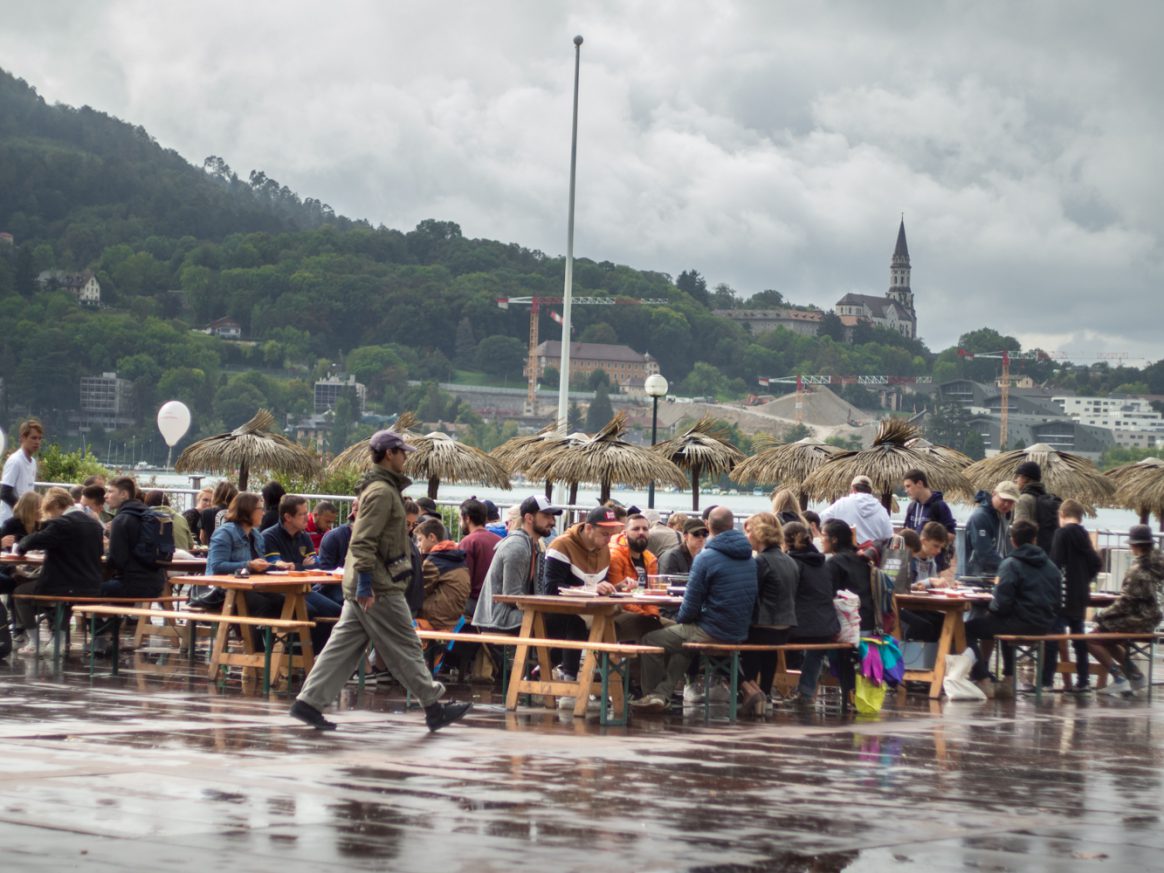 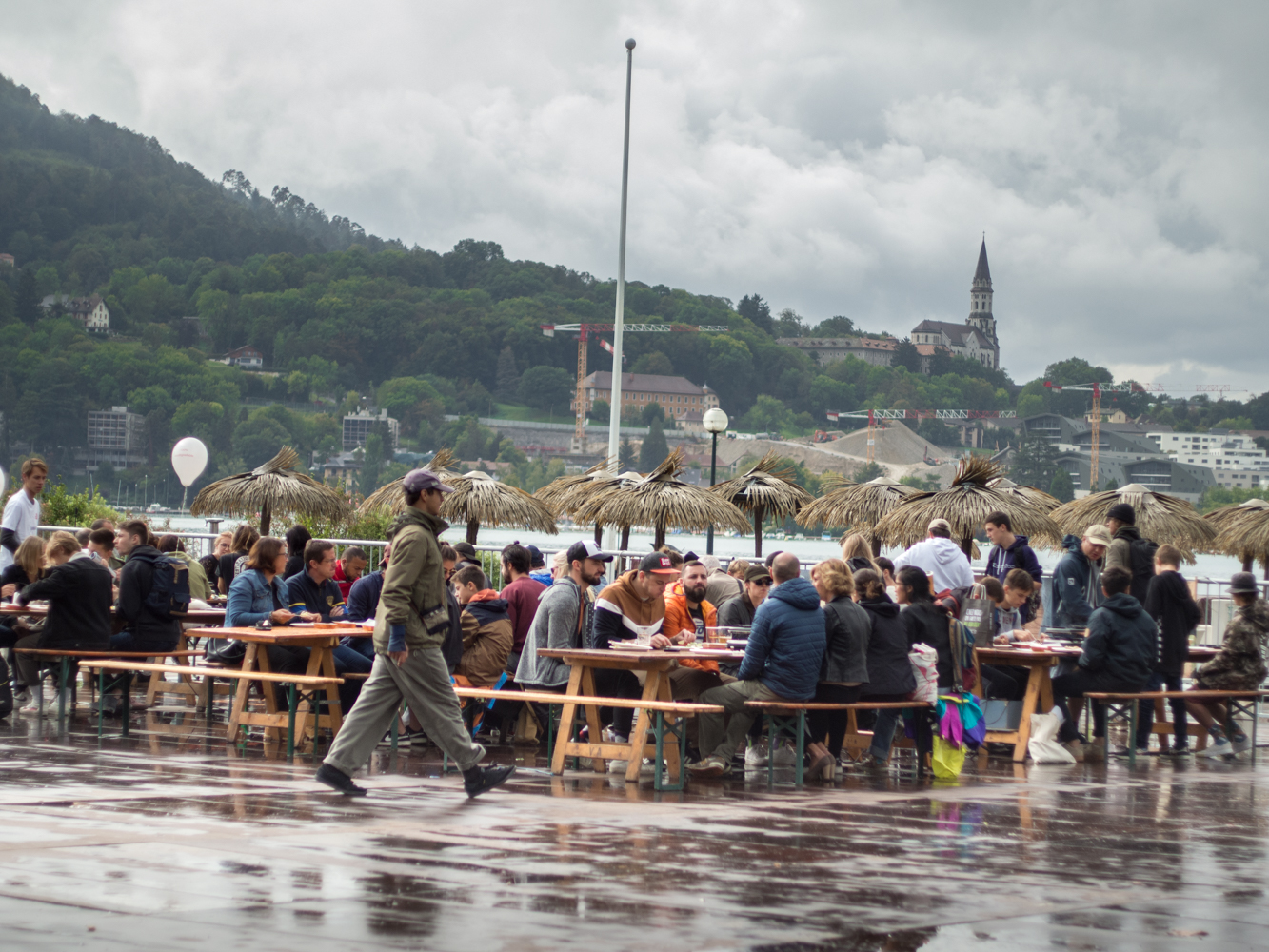 It was a bit rainy over the weekend in Annecy, but it didn't dampen the spirit.

Our room was right next to the cinema, and all the riders had rooms in the same hotel. It was kind of crazy walking around and being surrounded by Tanner Hall, Henrik Harlaut, Jesper Tjäder… just to name a few. We arrived around 6:00pm and had just enough time to park the car, check in, find some food and run back to the cinema for the evening’s main showing. When you come to a festival like High Five, you need to know: you’re gonna spend your time running everywhere to make it on time to everything! 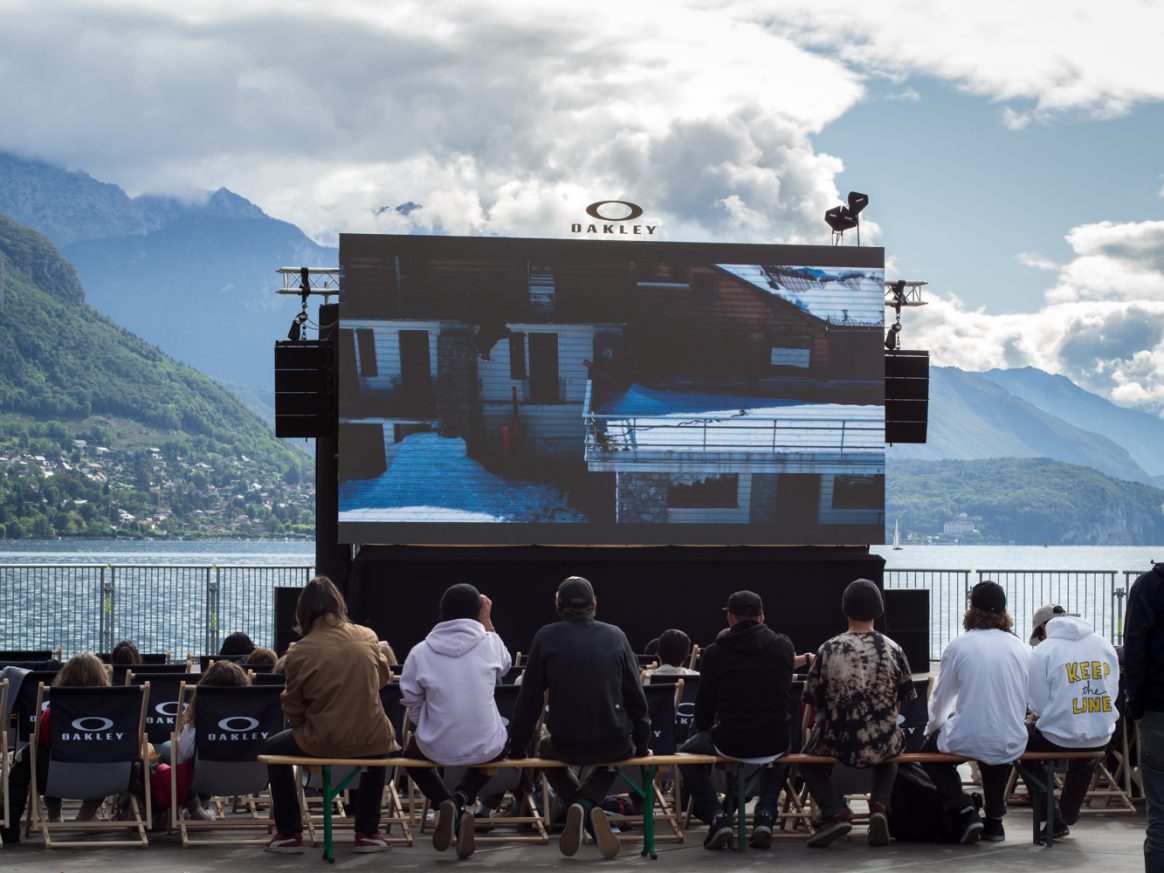 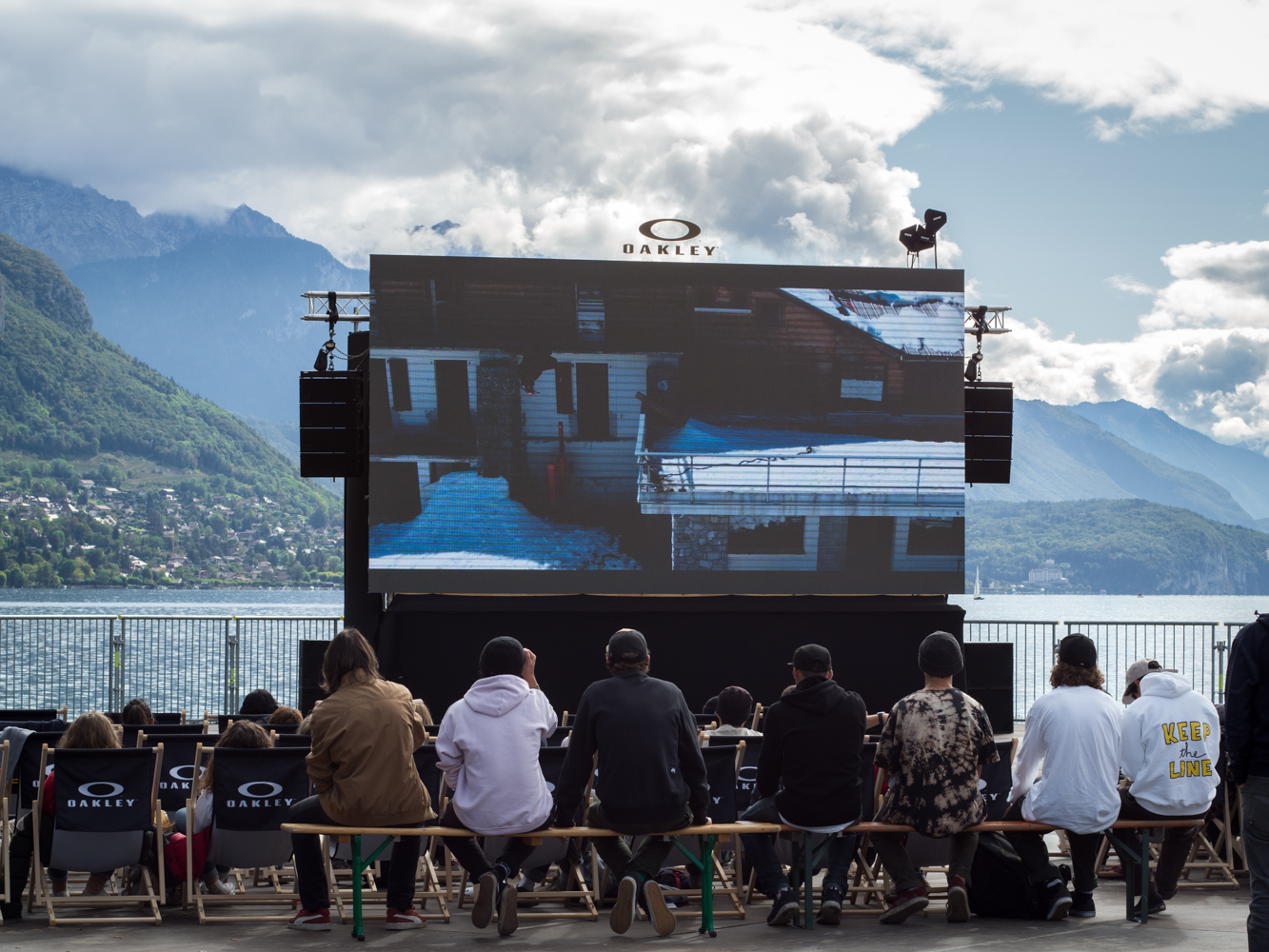 Movies were showing on an outdoor screen near the lake, as well as in the cinema.

During our first movie session, we tried our luck with the High Five quizzes. The winner takes home a pair of skis, so we were motivated. You take your phone, open Kahoot and try to answer the quiz questions as fast as you can. That was really entertaining, since everybody in the theater was playing at once. You have to imagine it: hundreds of people playing a ski quiz at the same moment in four different cinema theaters. That was fun as hell. 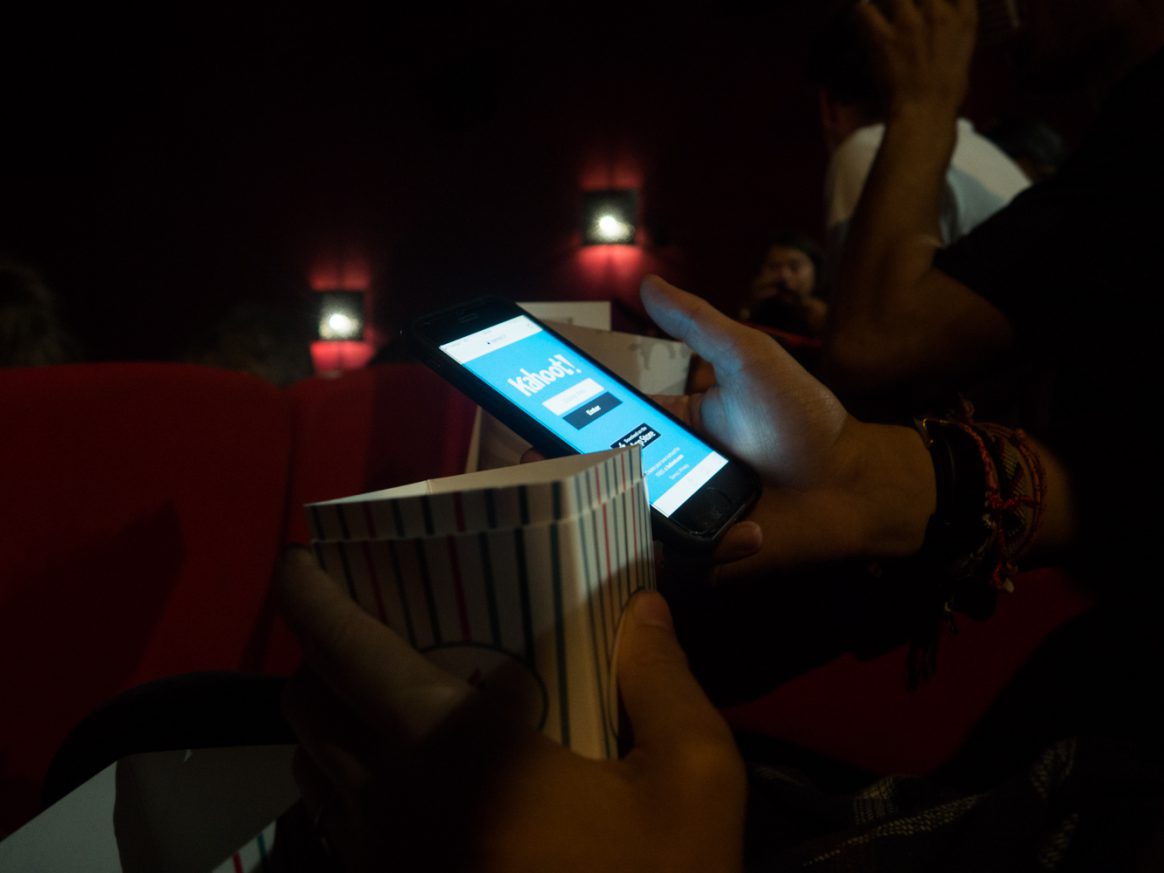 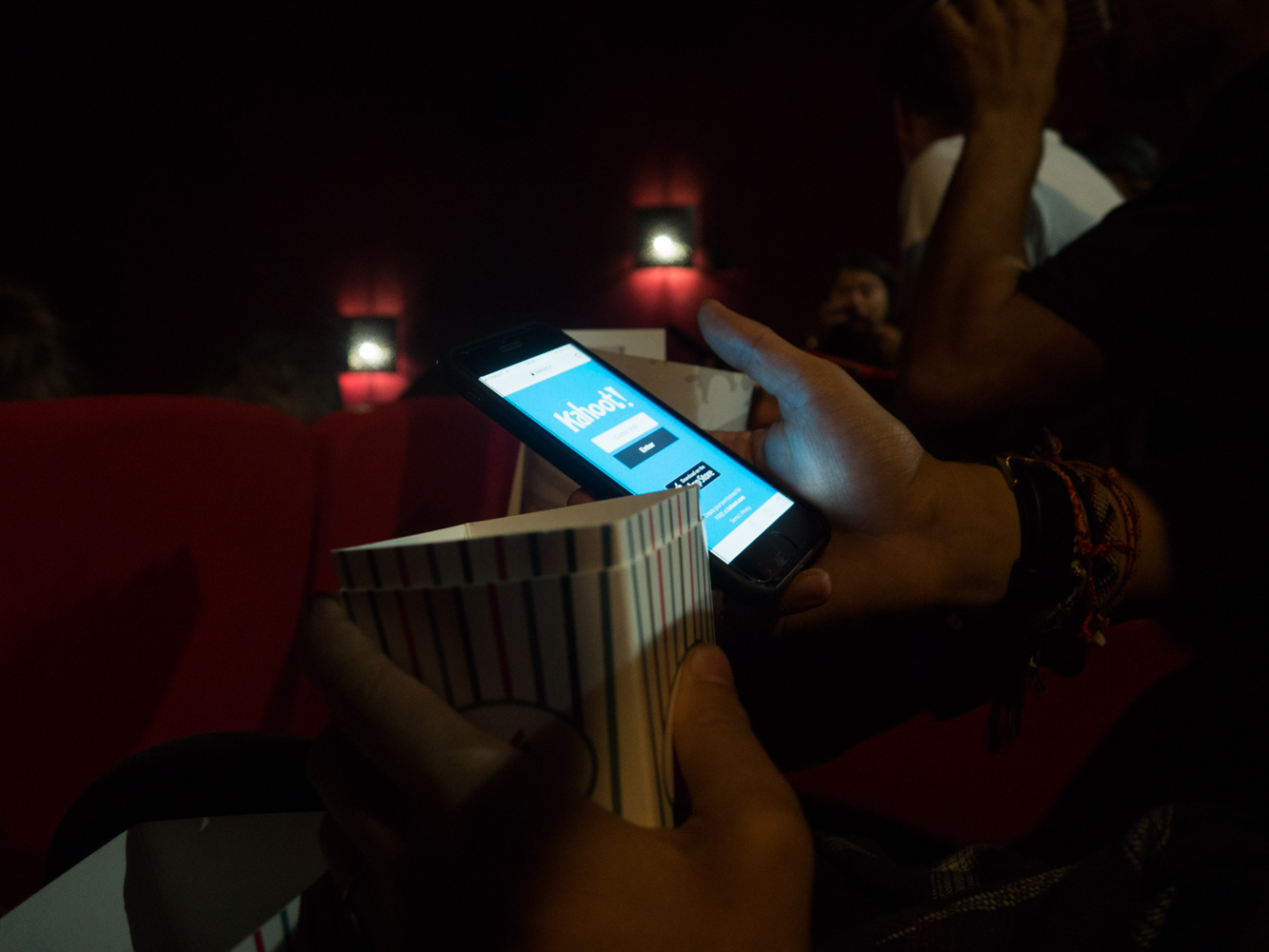 Charlotte trying to answer the quiz questions faster than anyone else...

Then the movies started. We really loved “Brainmassage” from the Buldozlife crew for its originality and authenticity, and the movie “Keep It Real” from Jeremy Pancras for its heart and passion. Leaving the cinema we were tired, but still excited by what we just saw. Each movie session was two hours or more of freeskiing in fresh snow, snowparks and streets… and don’t forget the crashes ! And that was just the first night of a three-day weekend. After the screening, you can choose to go to the weekend’s wild parties… we decided to skip the first night to be able to fully appreciate the second day of the festival. 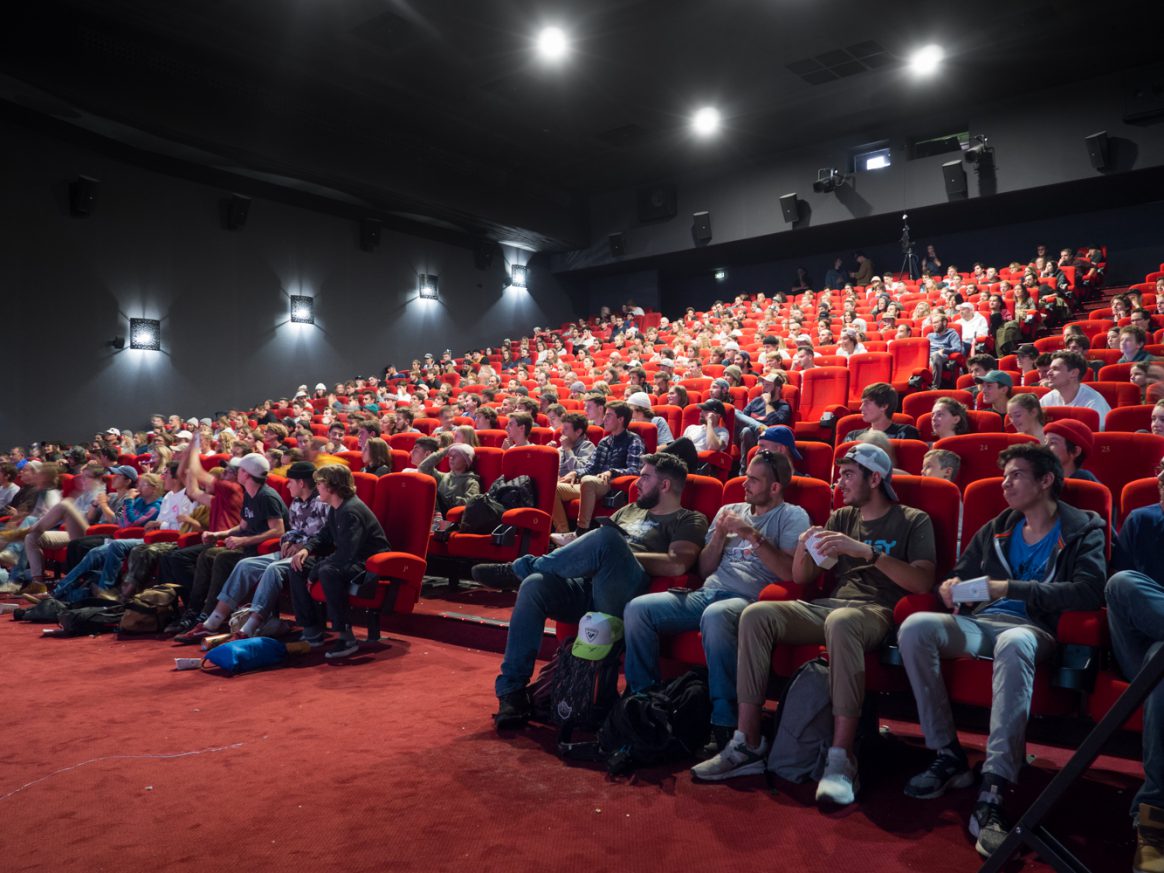 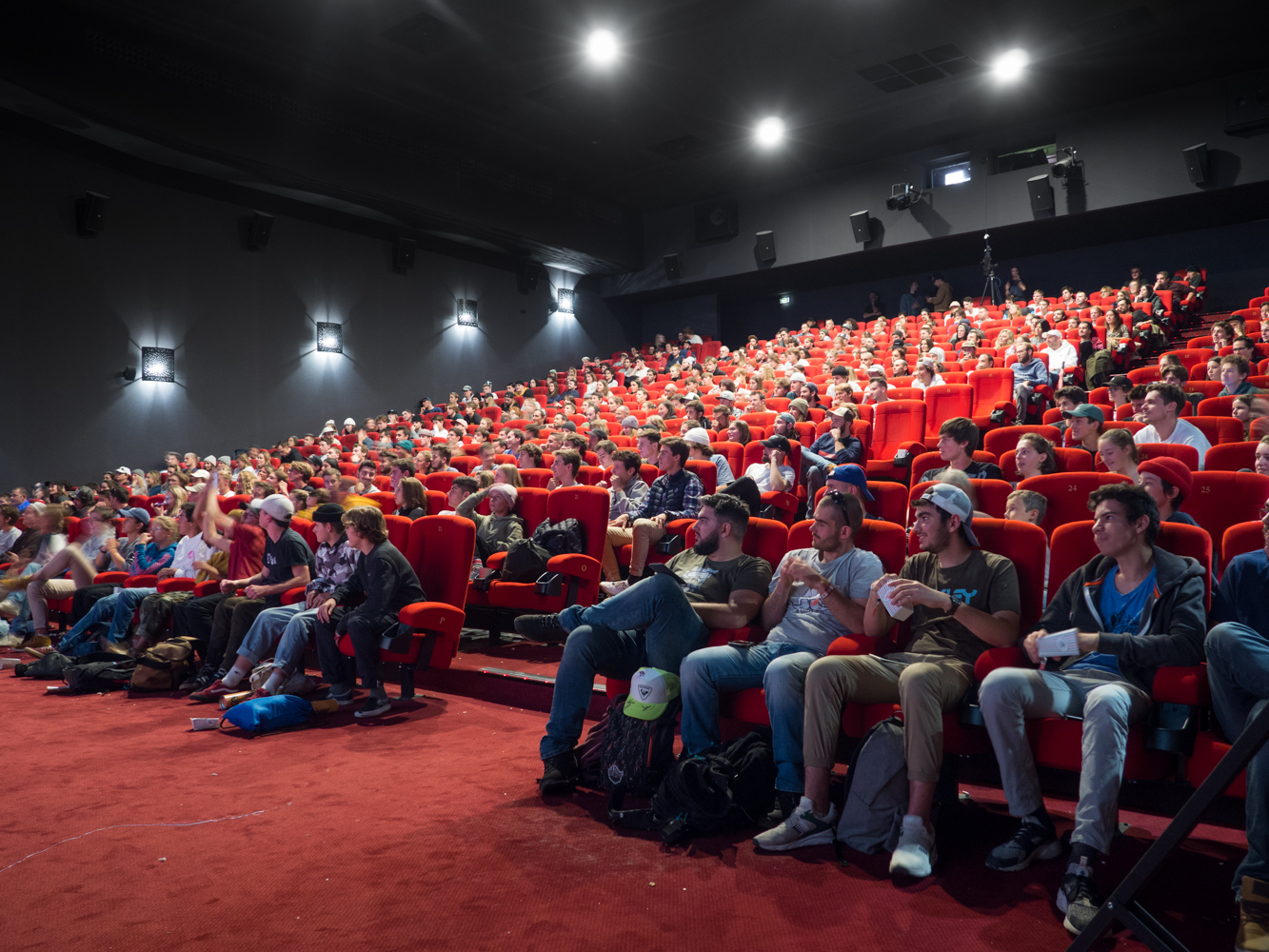 Saturday passed in a flash. We made a plan for the day, but didn’t make half of what we wanted to see. The High Five’s festival grounds are a 20-minute walk from the cinema along the shore of Lake Annecy. Activities were set up in the gardens outside of the Imperial Palace, and the brand village was just next to it. Inside it was crowded just like the slopes during winter holidays. Everybody was there for signing sessions or to try to win something from the brands. Outside was more chill—they had a big air bag, a skate ramp, trampolines, slack lines, an outdoor cinema, a stage for concerts, food trucks, and even a big raclette party in the middle of all of it. 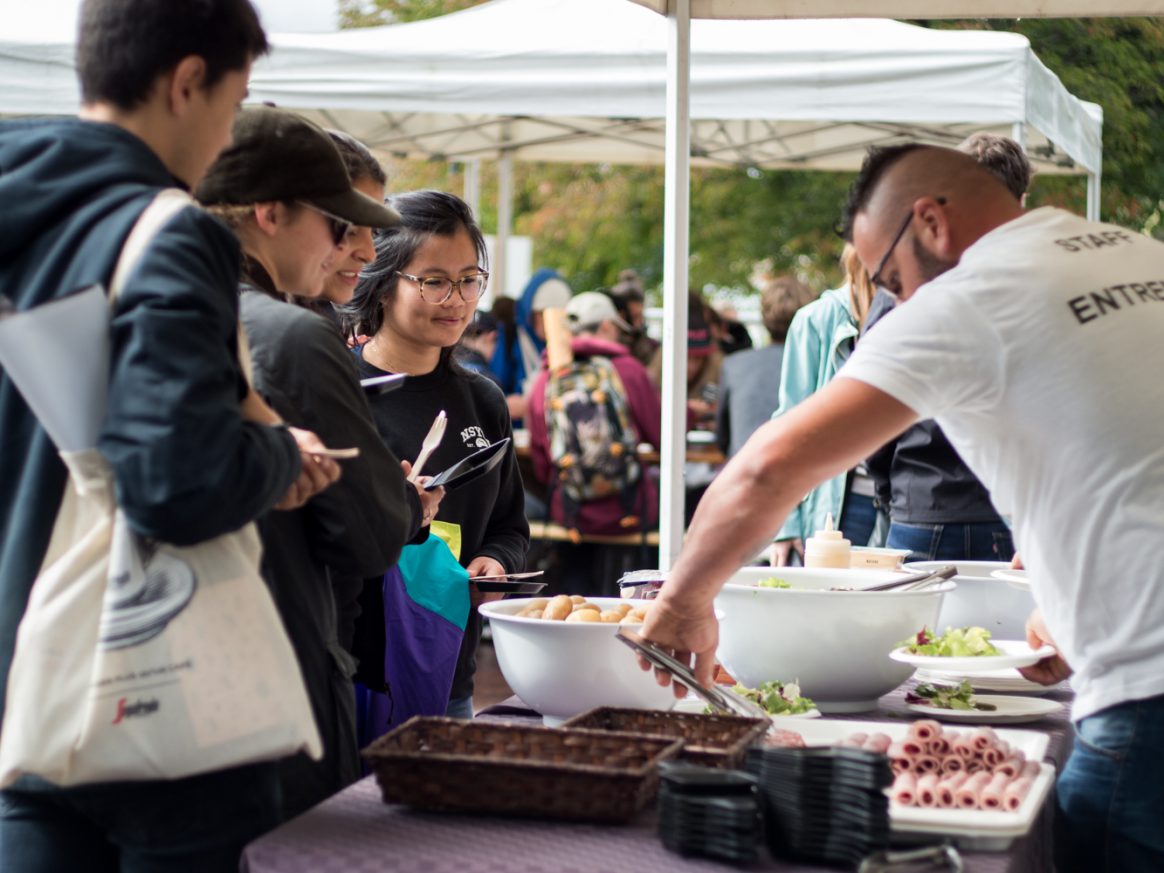 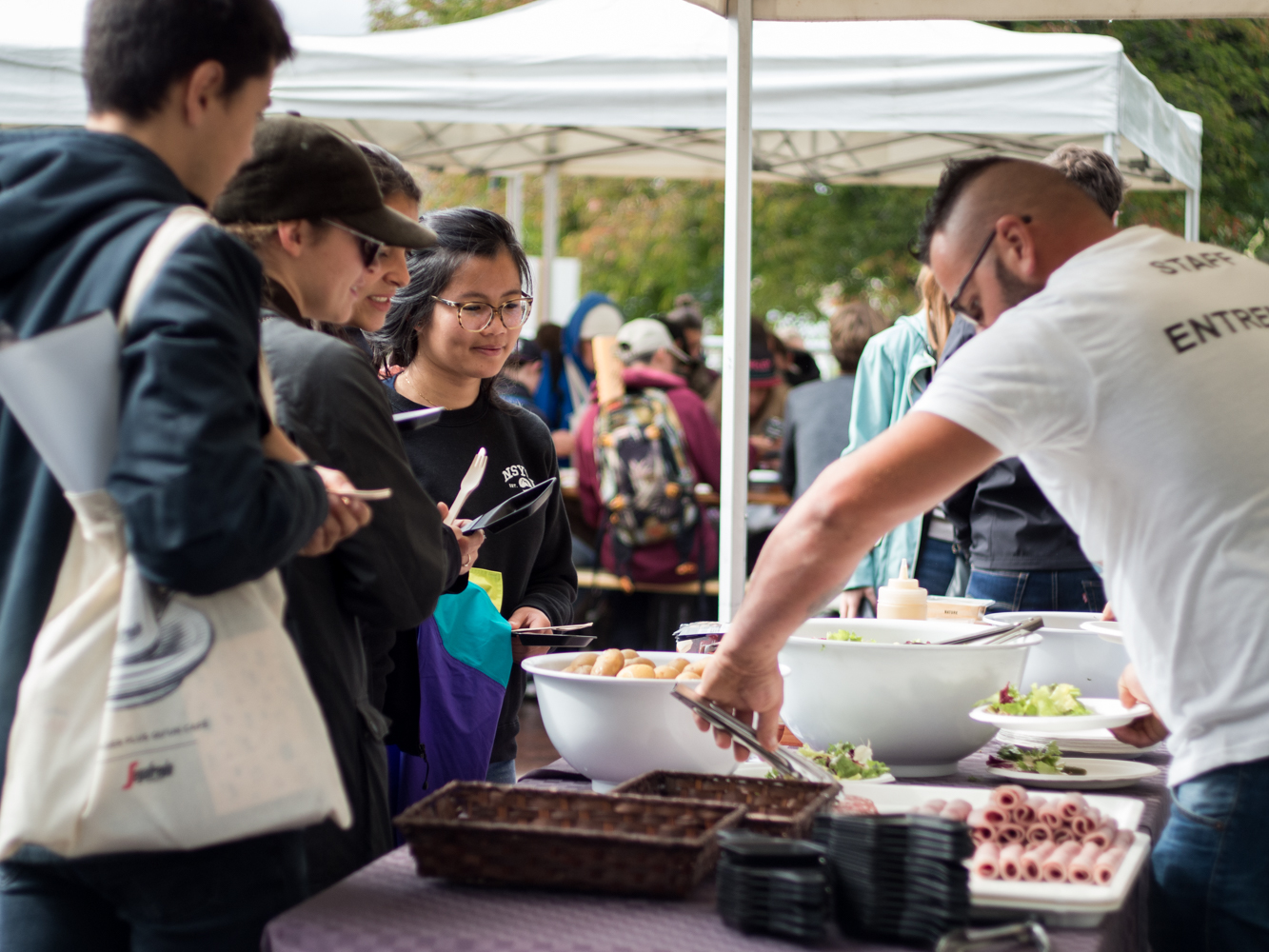 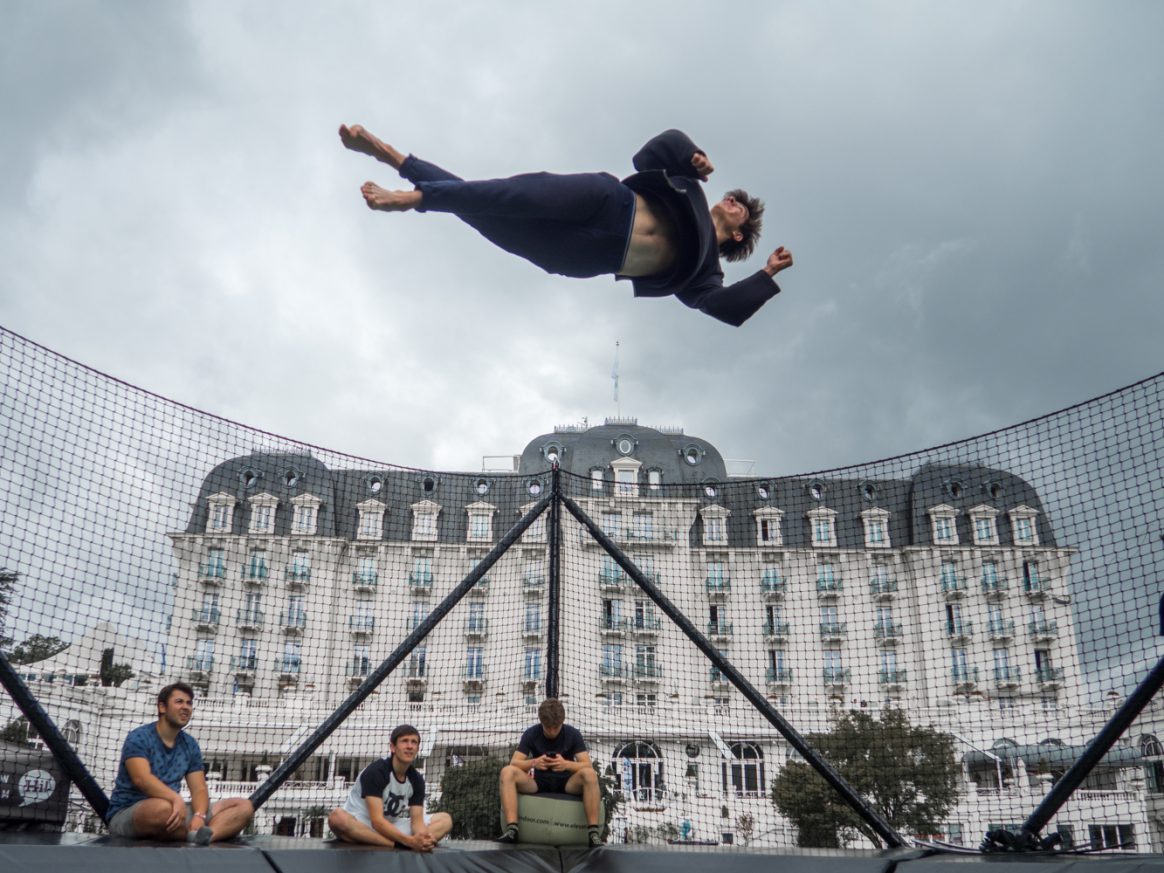 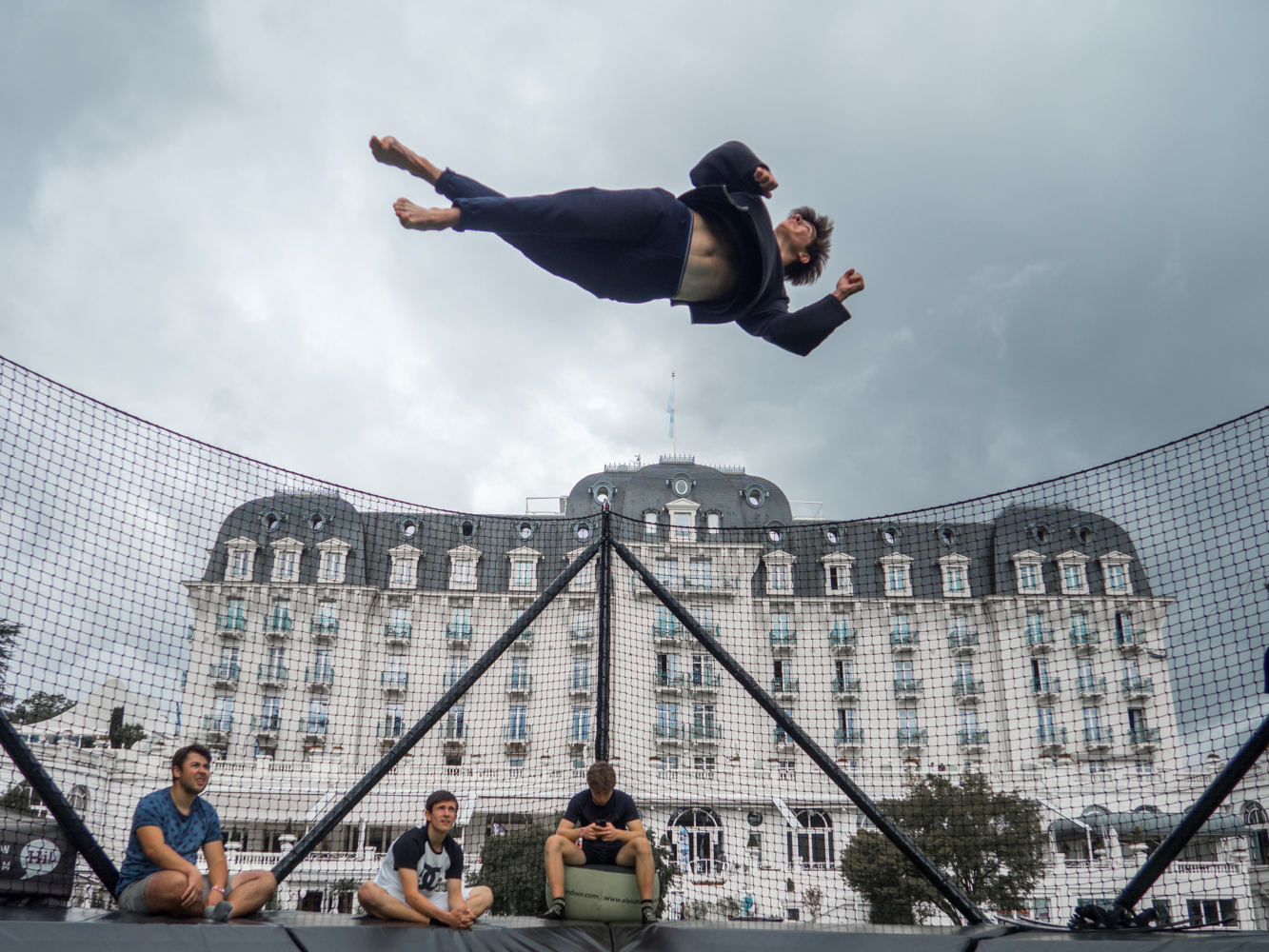 The trampolines in front of the Imperial Palace stayed busy all weekend. 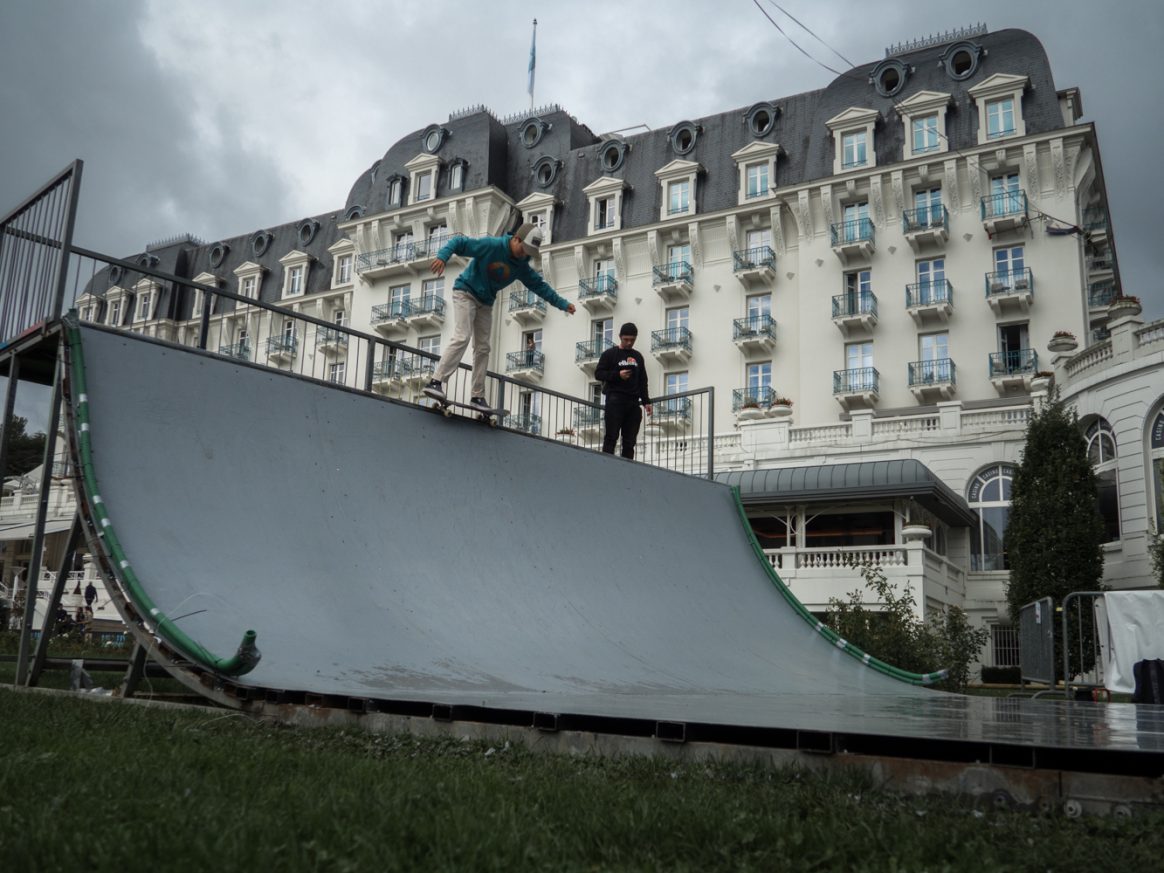 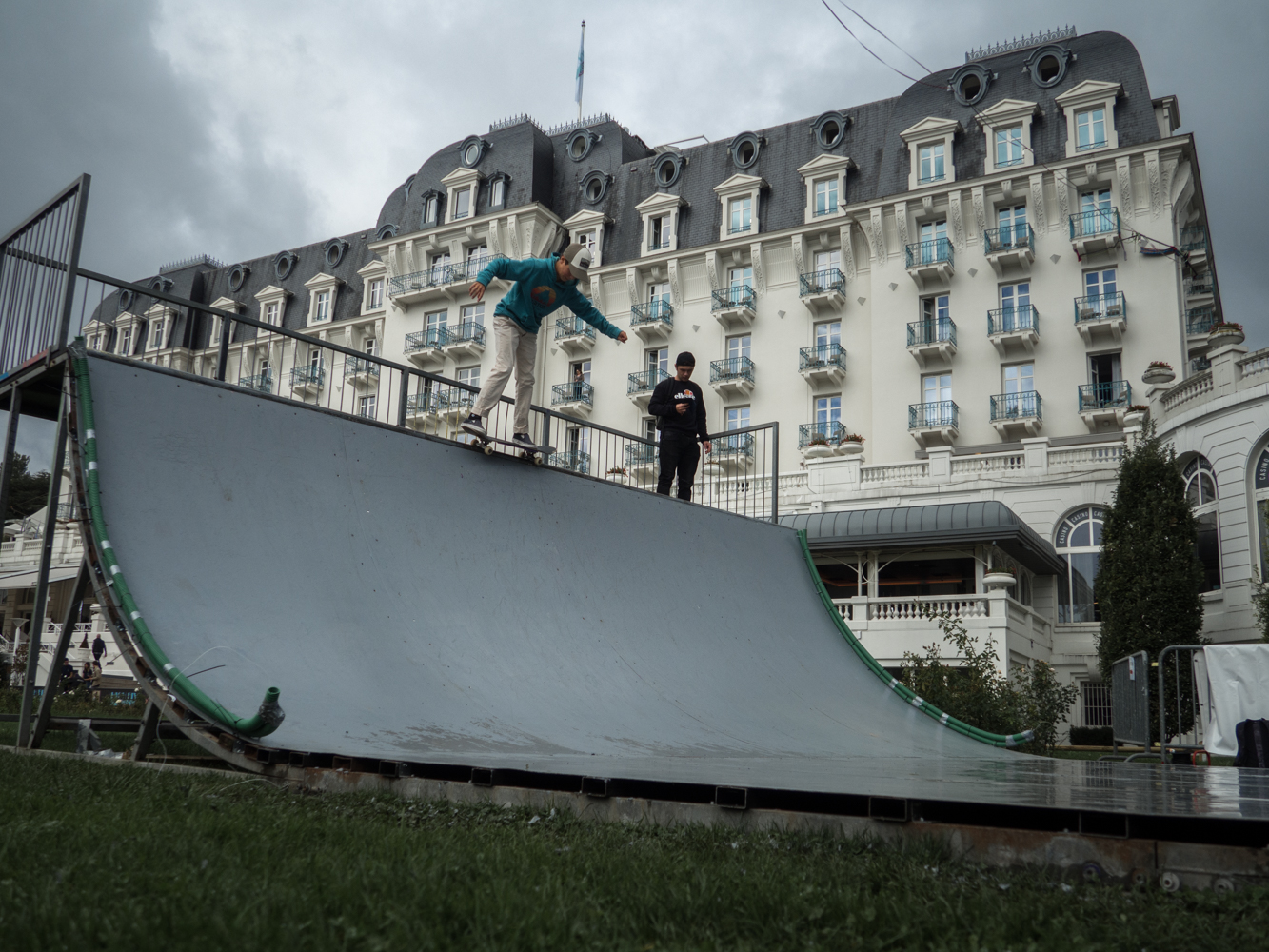 As did the skate ramp, where even the wet weather didn't hold anyone back.

There, we talked with the Swiss crew Buldozlife and met Jeremy Pancras for some upcoming Downdays interviews. But as we were talking, we could see that we were running out of time, so we came running back to the cinema to make it on time for the new Faction movie, “The Collective.” It was 3:00pm and we hadn’t made time for lunch. Once more, we took in a bunch of thrilling movies and edits introduced by their athletes (Phil Casabon, Daniel Hanka, and a lot of riders from the Faction Collective). My photographer even won a pair of Faction skis, just by sitting in the right seat! 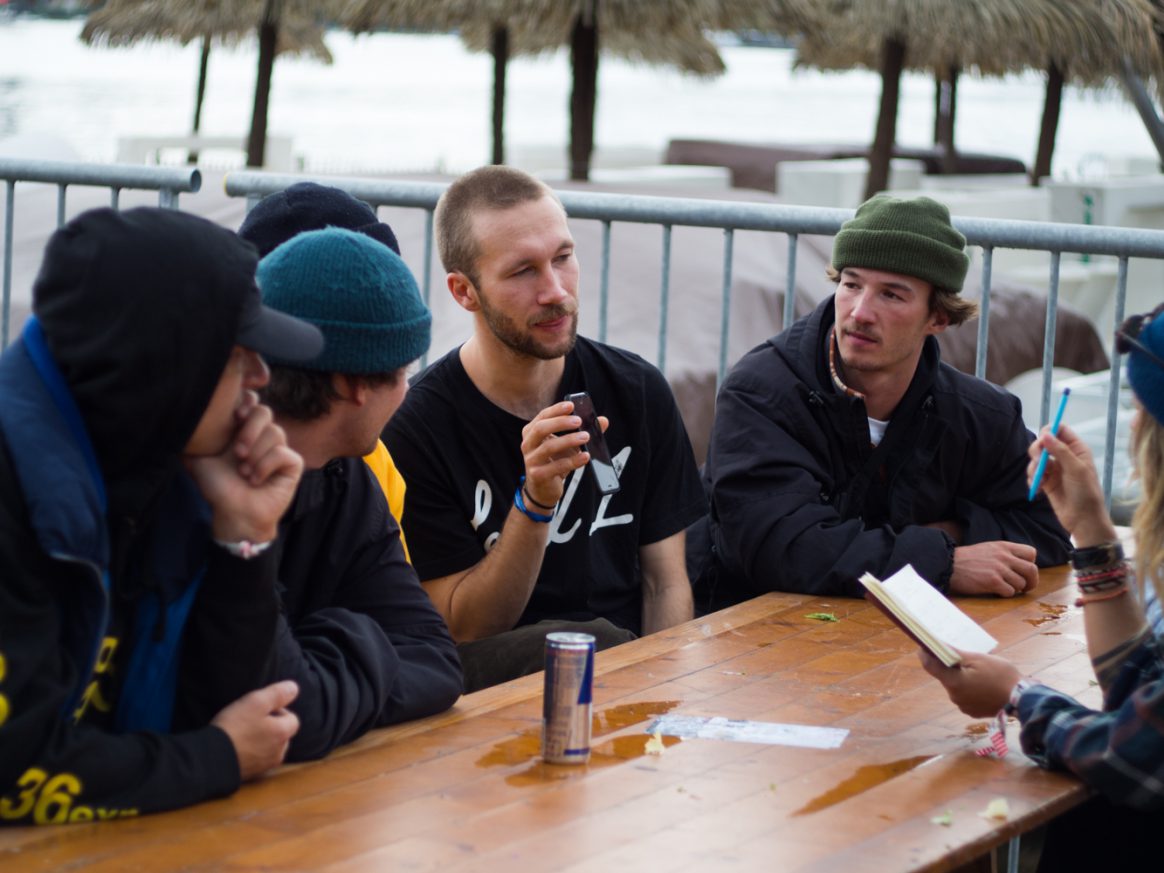 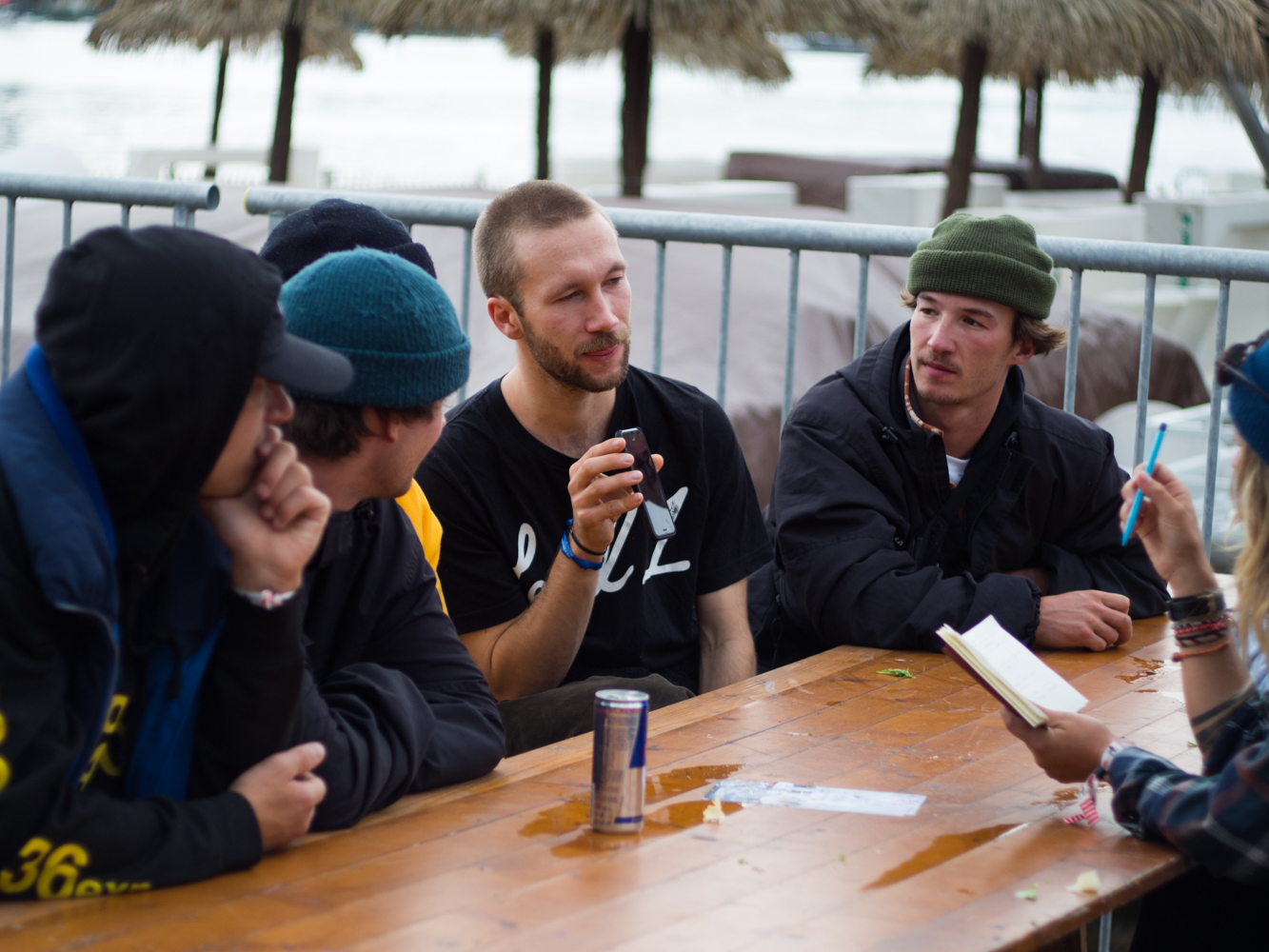 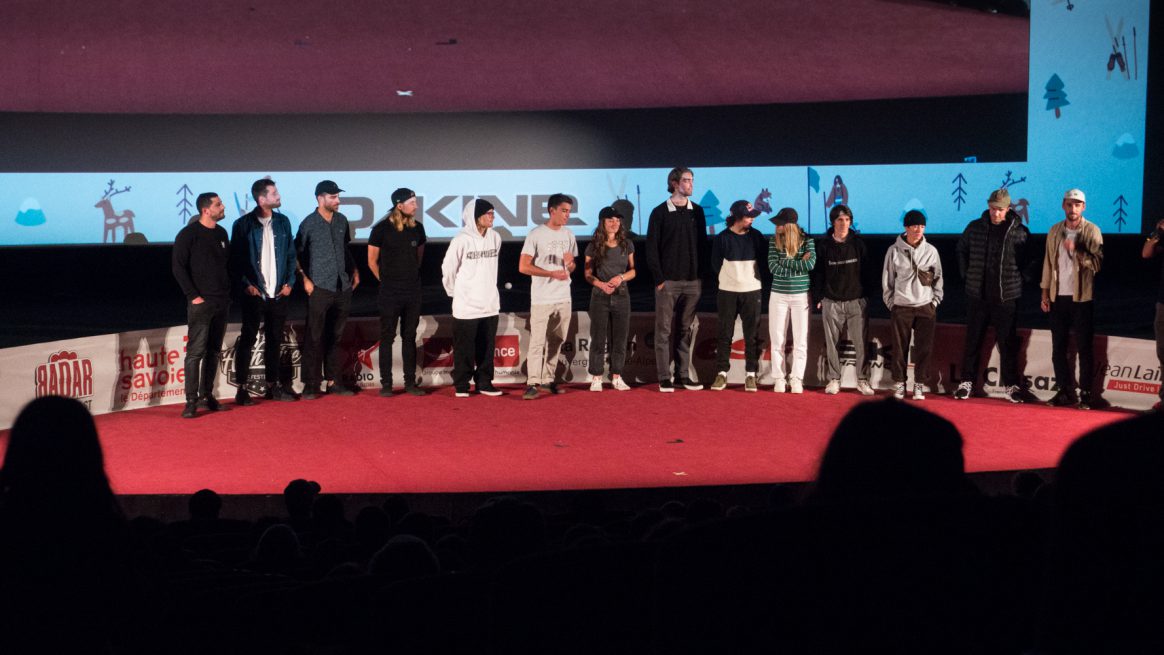 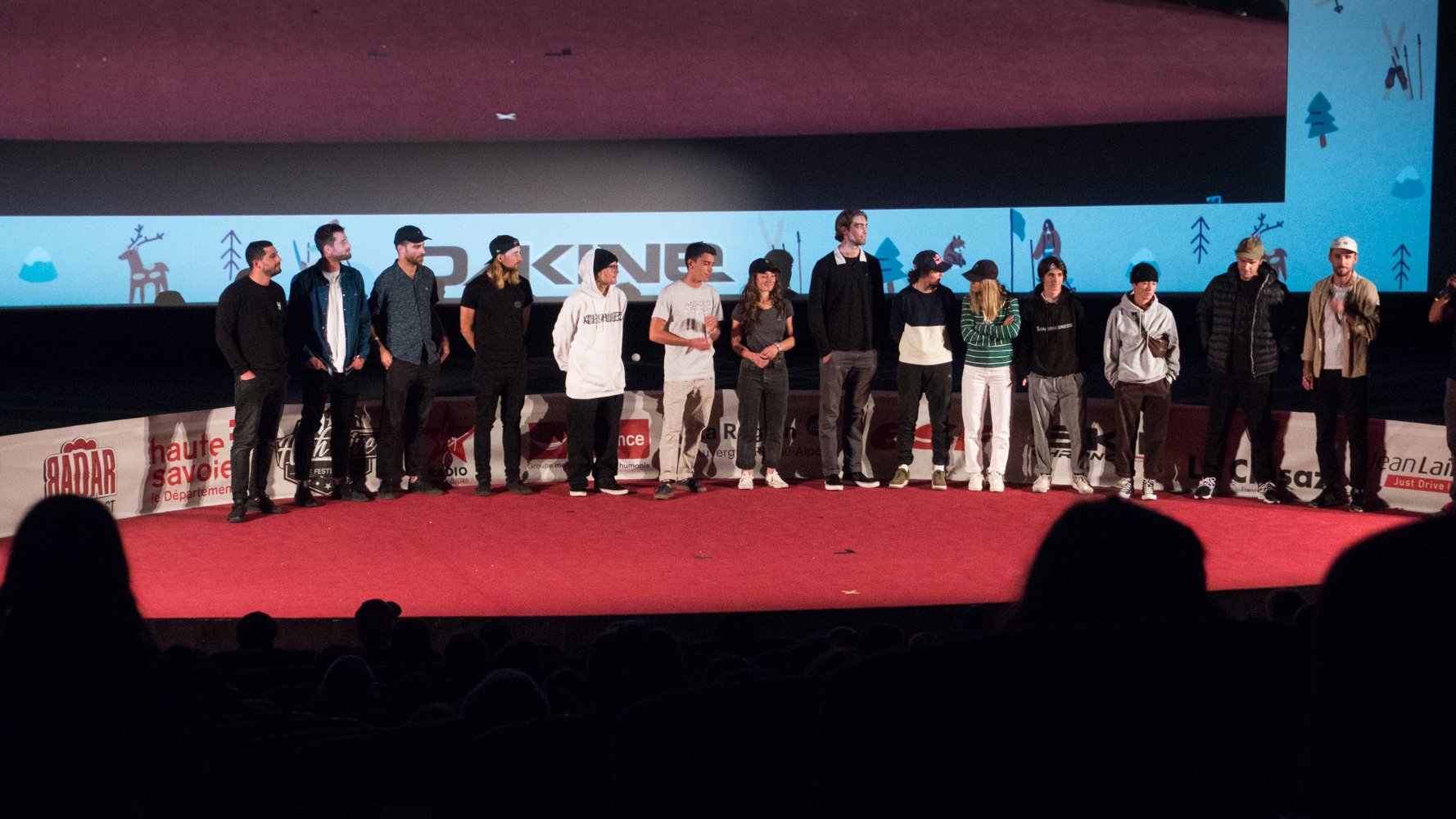 Faction was on hand with a huge crew to present their new team movie "The Collective."

Coming back from our movie session, we met Czech ripper Daniel Hanka and hung out with him for a while. But again, we were running out of time. So we ran to the other side of the festival again to see the concerts for half an hour. It was fire—everybody was turned up by the French rapper Dimeh. What was really a peaceful place a few hours earlier had suddenly turned into a mosh pit. 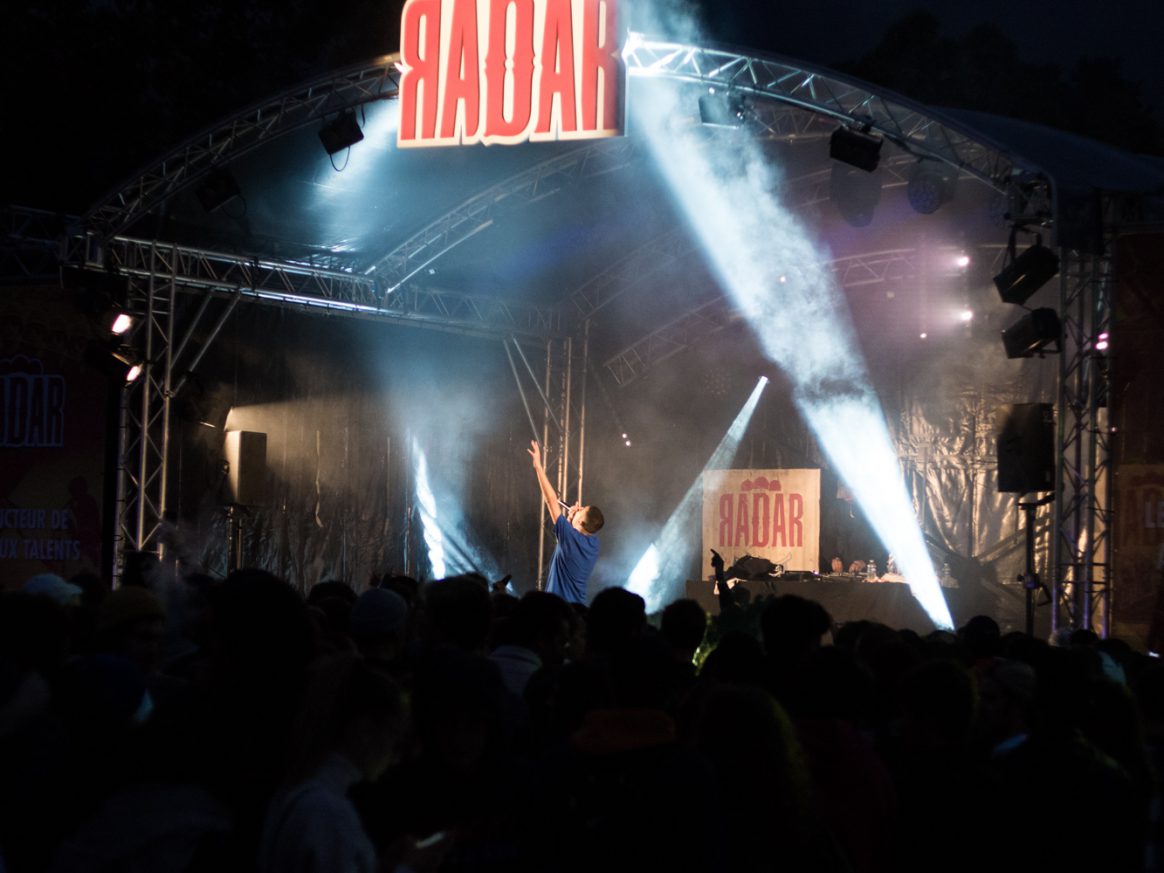 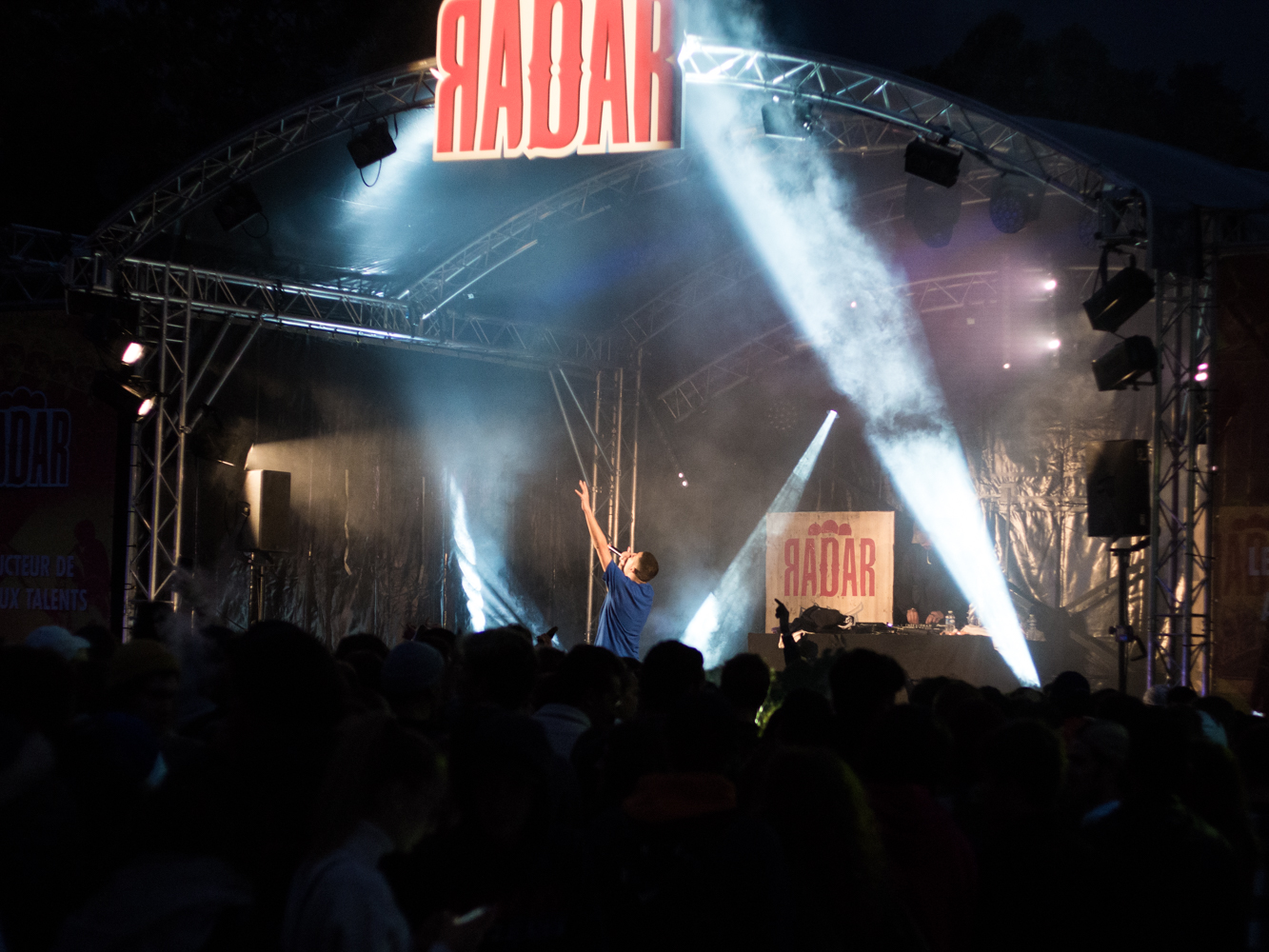 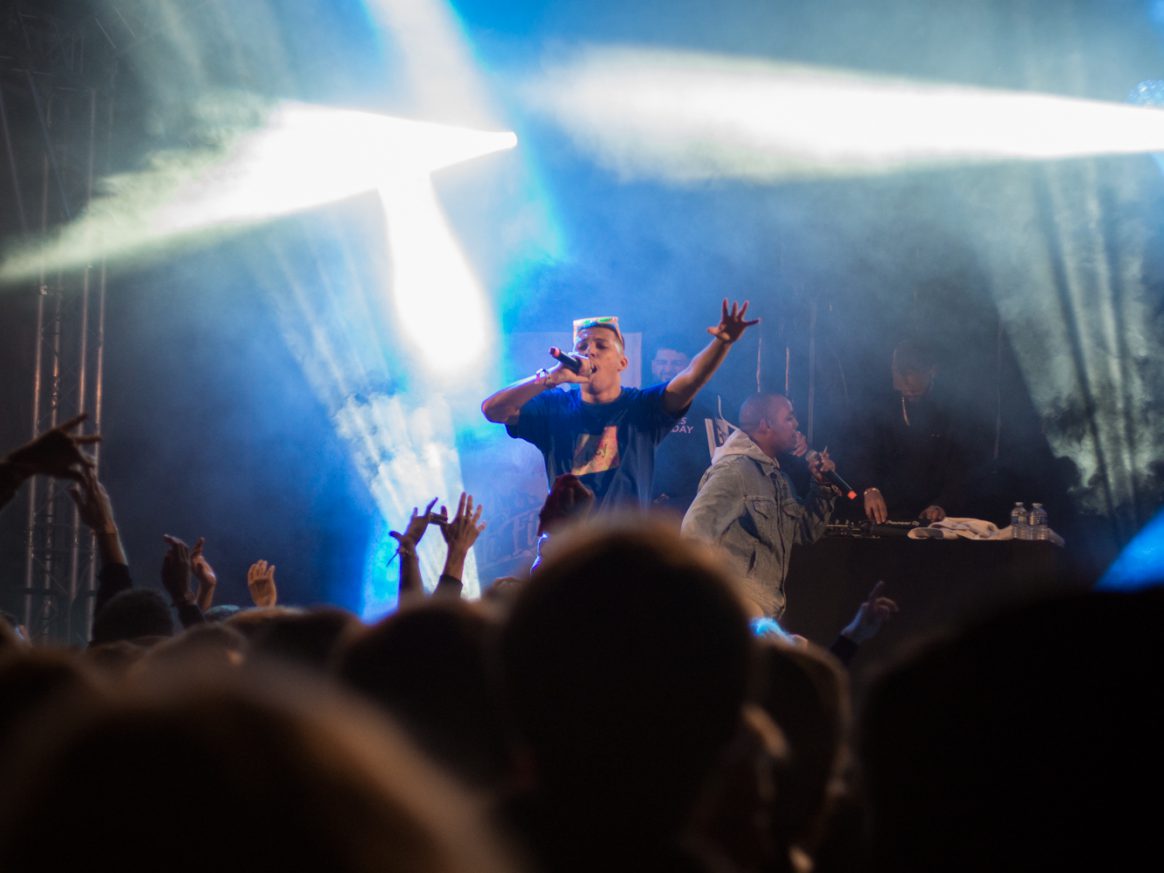 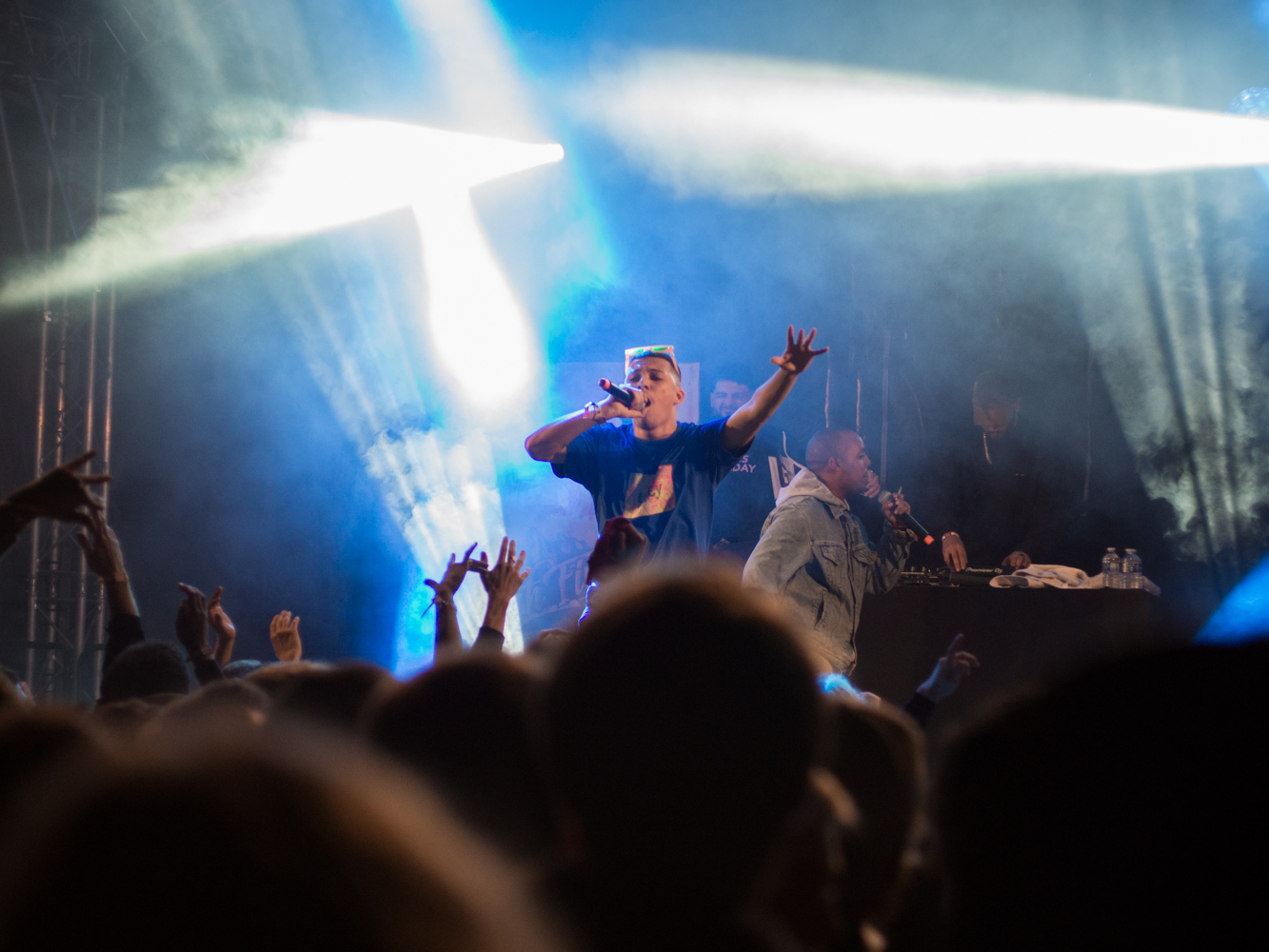 Dimeh lights up the stage.

The last movie session was at 9:00pm. This was the last of the day with one of the most-awaited movies: “Romance” from Level 1 Productions, the last, but not the least of their annual ski videos. Level 1 chiefs Josh Berman and Freedle Coty were in the house as well as a huge crew of riders, and Berman called up all the riders to the stage who’d ever been in a L1 movie to receive a roaring standing ovation—a fine sendoff for 20 years of groundbreaking ski filmmaking. 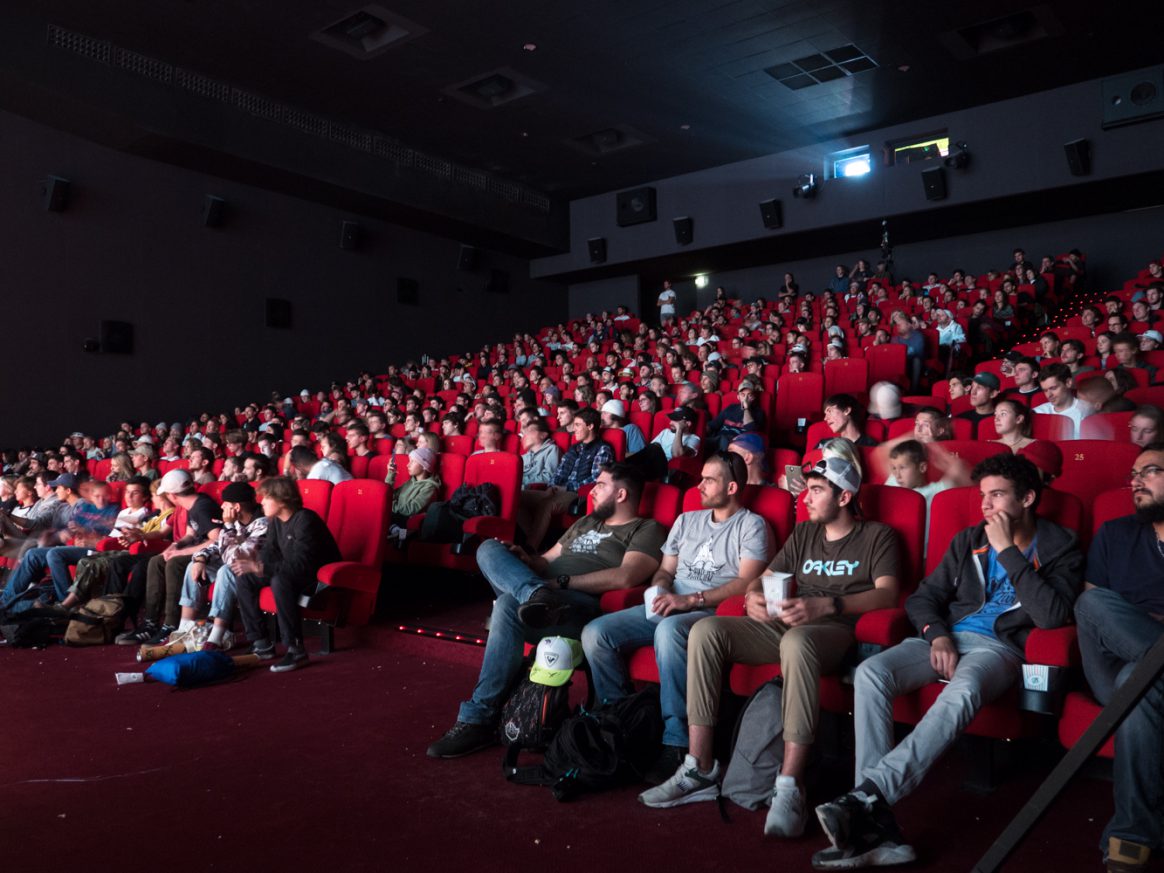 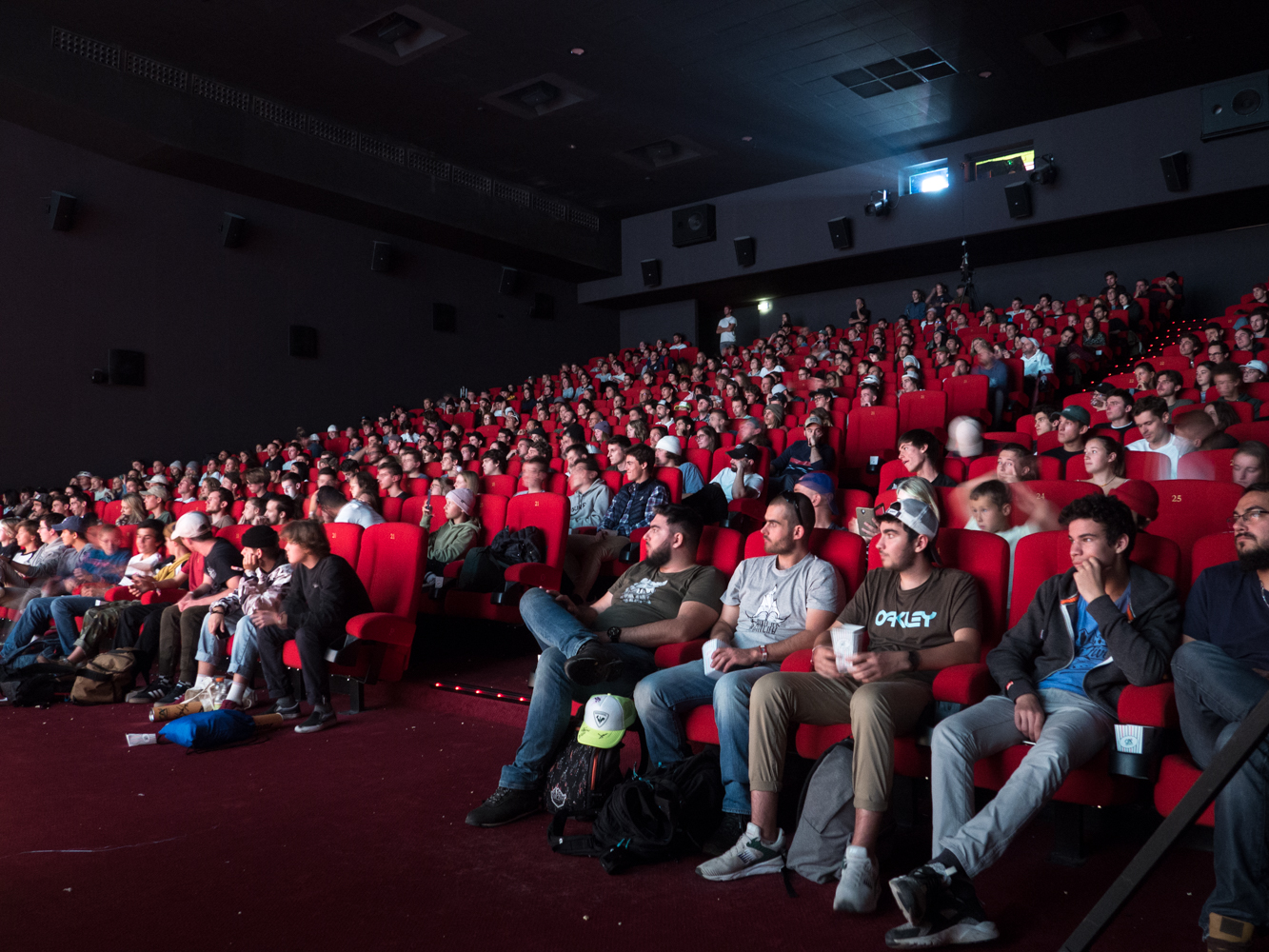 Darkness descends on another fascinated audience.

Coming back from the movies, I felt so lost. I’d watched many things that I couldn’t even remember each movie anymore. In a nutshell, we watched nearly five hours of ski movies—and that was less than a quarter of what was shown at the festival! Some of the most memorable moments were the crash reels, which help to remind you that we do a sport for psychos—but passionate psychos who will get up and try it again and again, even if it hurts. Sometimes, it’s something you don’t want to watch on screen (for real). The day had been exhausting—but the night was just getting underway. In the front of the hotel, all the riders that we’d seen on screen all day were hanging out and chilling. It was another universe. At around two in the morning, we finally made it to the party in Pop Plage.

Sunday was the longest day on earth. After the long night, we decided to head back to the festival grounds to see some movies at the outdoor cinema, like “Dad and I” from Vince Maharavo, and to visit the ski museum that they’d created especially for the three days of the festival—an interesting exhibition where you could learn a lot about the history of skis and skiing. After a few rounds through the festival, it was time for the long drive back home, exhausted from the most full weekend imaginable. But after a day or two to recover, I feel grateful to be a part of it now. 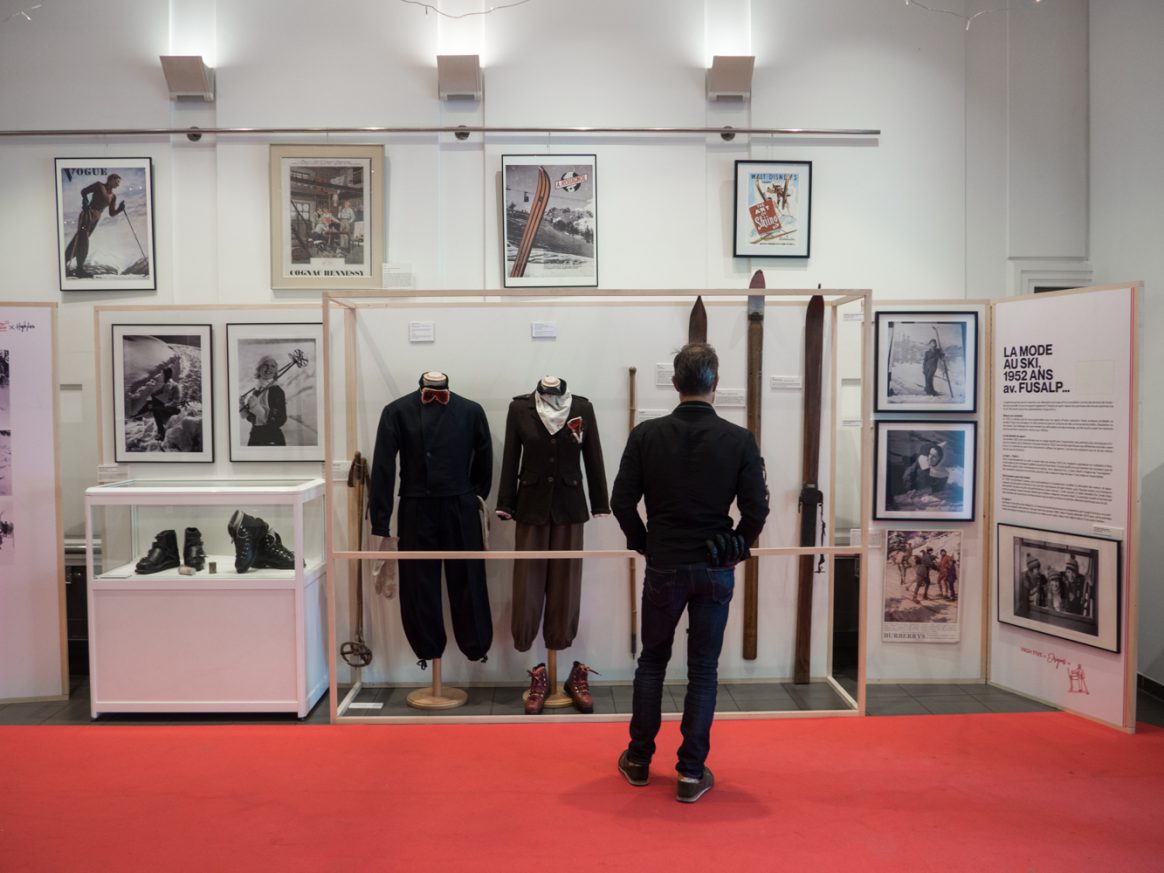 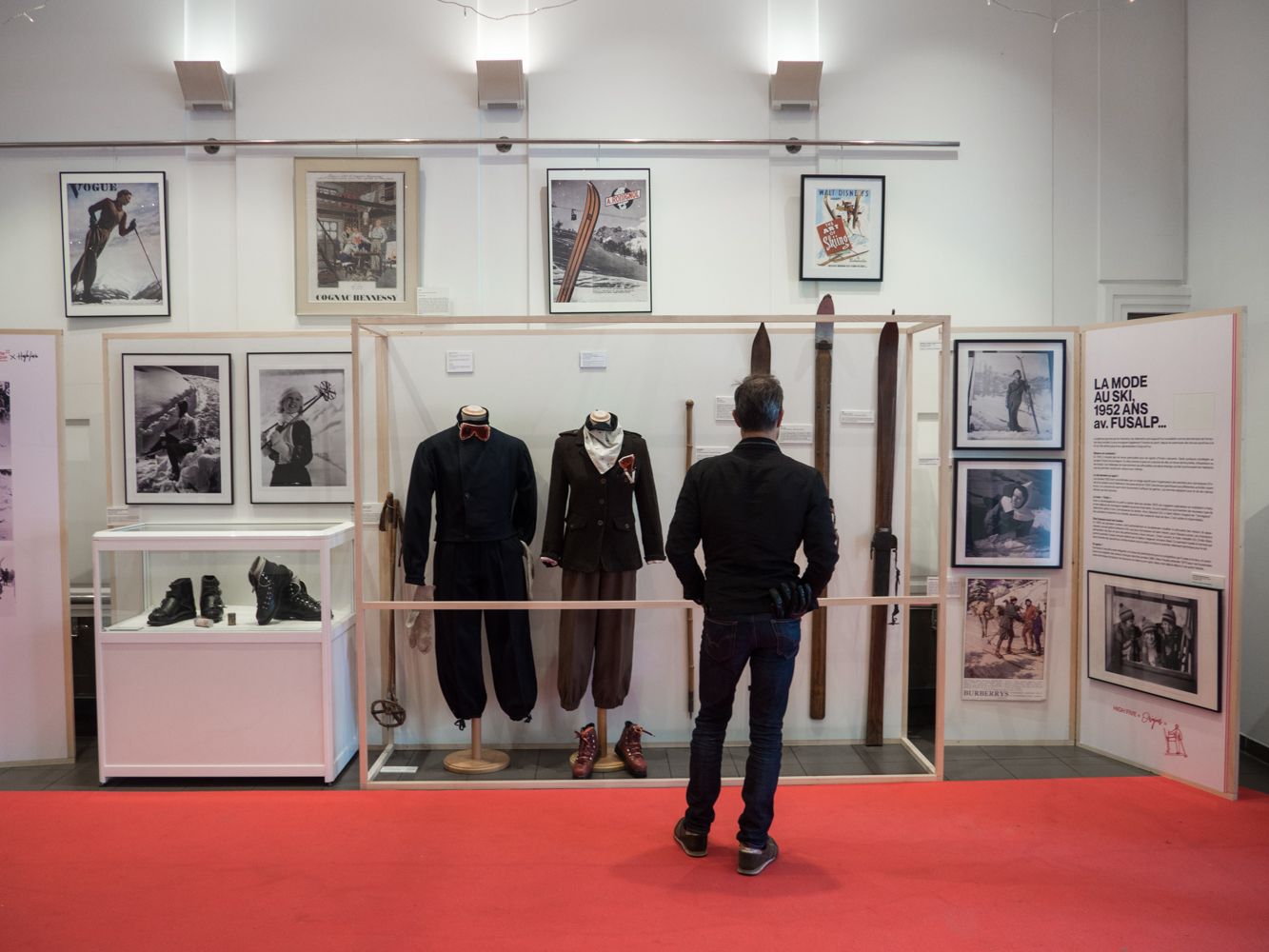 The pop-ski museum in the Imperial Palace. 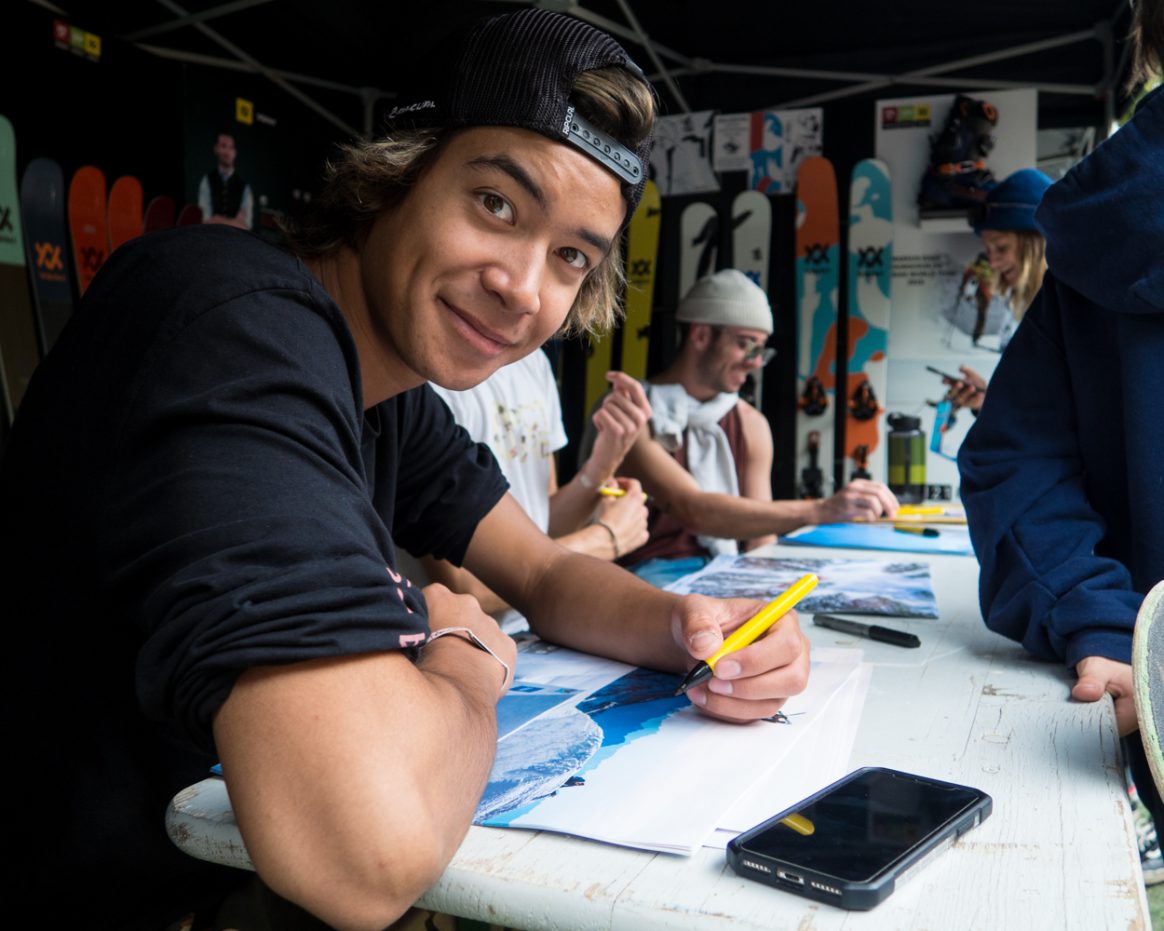 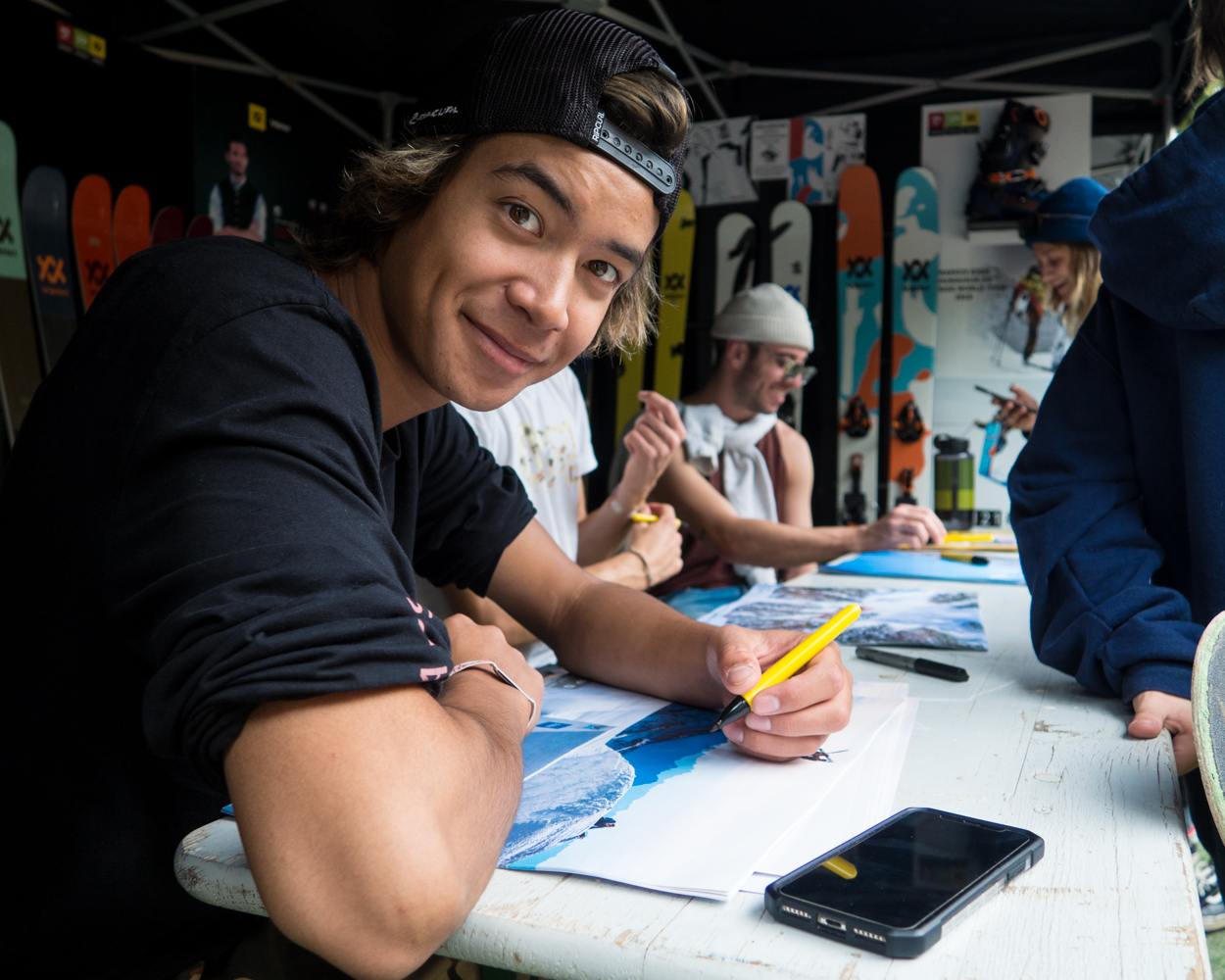 Vince Maharavo, stealin' your girl with that smile.

If you’ve never been to this festival and you want to come next year, just be aware of this: drink a lot of orange juice, sleep for three days before coming, and if you can, try to double, triple or quadruple yourself beforehand, because otherwise you’ll constantly have to choose what do you want to see and do in the limited time available. If there’s one frustrating thing about High Five, this is it. See you next year!