Over the last decade Swiss skiers have proven a dominant force in the field of Big Air competition. With the debut of BIG AIR CHUR this weekend on 22-23 October, they now have a World Cup Big Air contest on their home turf, complete with a fired-up hometown crowd to cheer them on.

The event in Chur marks the kickoff of the 2021/2022 FIS World Cup Big Air season. With the Winter Olympics in Beijing, China coming up in February 2022, it’s also an Olympic season. And with Big Air making its first Olympic appearance on Beijing’s supersized permanent ramp, the stakes are high for the international field of athletes. For them, a solid result in Chur could well be the springboard to an Olympic appearance. 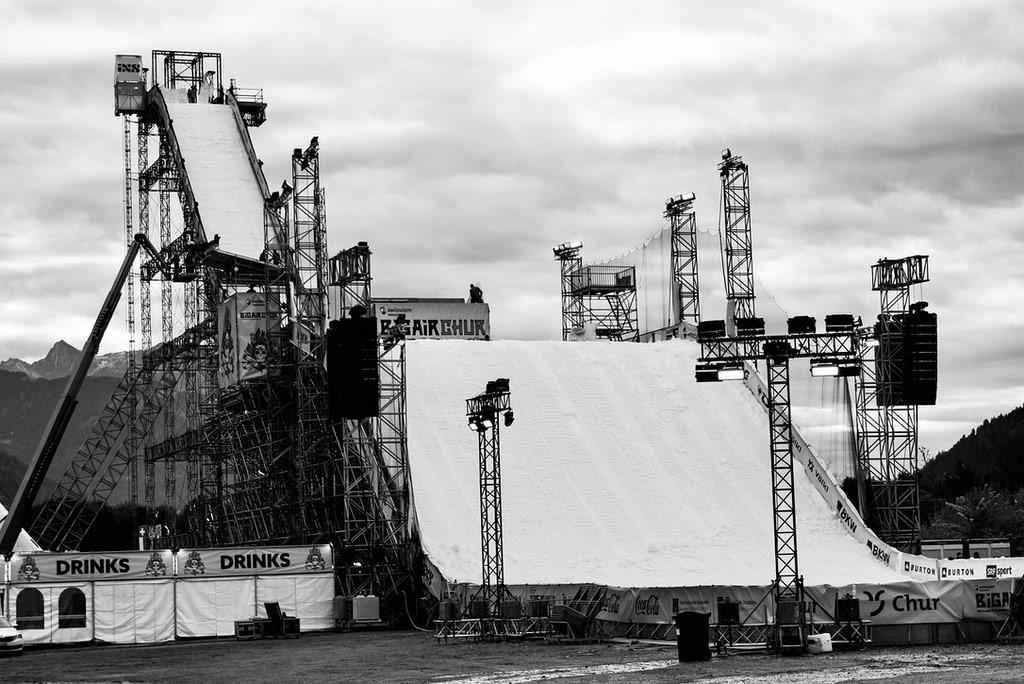 The event is being held on the festival grounds at Chur’s Obere Au (Google Maps). With national and international musical acts like Lo & Leduc, Sido and Jan Delay on the ticket, a crowd of several thousand is expected to attend the spectacle (the venue has a max capacity of 17,000). It’s the first time that a major city big-air event has been held since the start of the coronavirus pandemic, and it’s clear that both the athletes and the public are raring to go.

One and two-day tickets are available onsite and via Ticketmaster. Entry to the festival is regulated by Switzerland’s “3G” coronavirus concept—participants must show proof that they’re vaccinated against, recovered from or tested negative for Covid-19 in order to join in the fun. (More info on coronavirus rules can be found here). 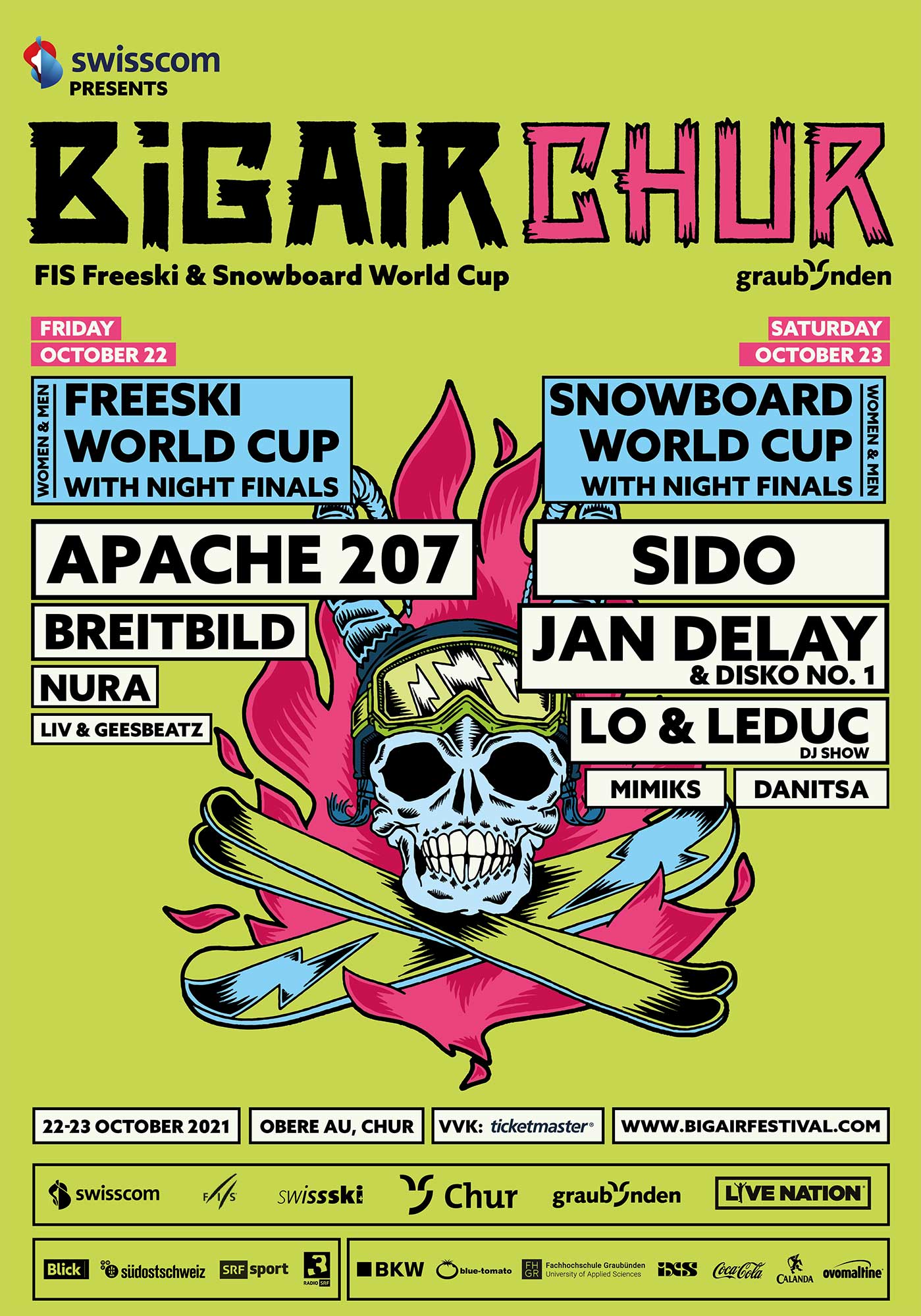 28 athletes from 15 countries are in the line-up for the women’s contest. Besides leading Swiss stars like Mathilde Gremaud and Sarah Hoefflin, riders to watch include French star Tess Ledeux as well as Russia’s Anastasia Tatalina, who stole the show at last season’s World Championships with mirrored left and right double cork 1260 mutes. Others to keep an eye on: Megan Oldham and Marin Hamill from Canada and Norway’s Johanne Killi. It remains to be seen whether Switzerland’s third heavy hitter Giulia Tanno, who’s been recovering from a broken arm, will be ready to start. See the full women’s start list here. 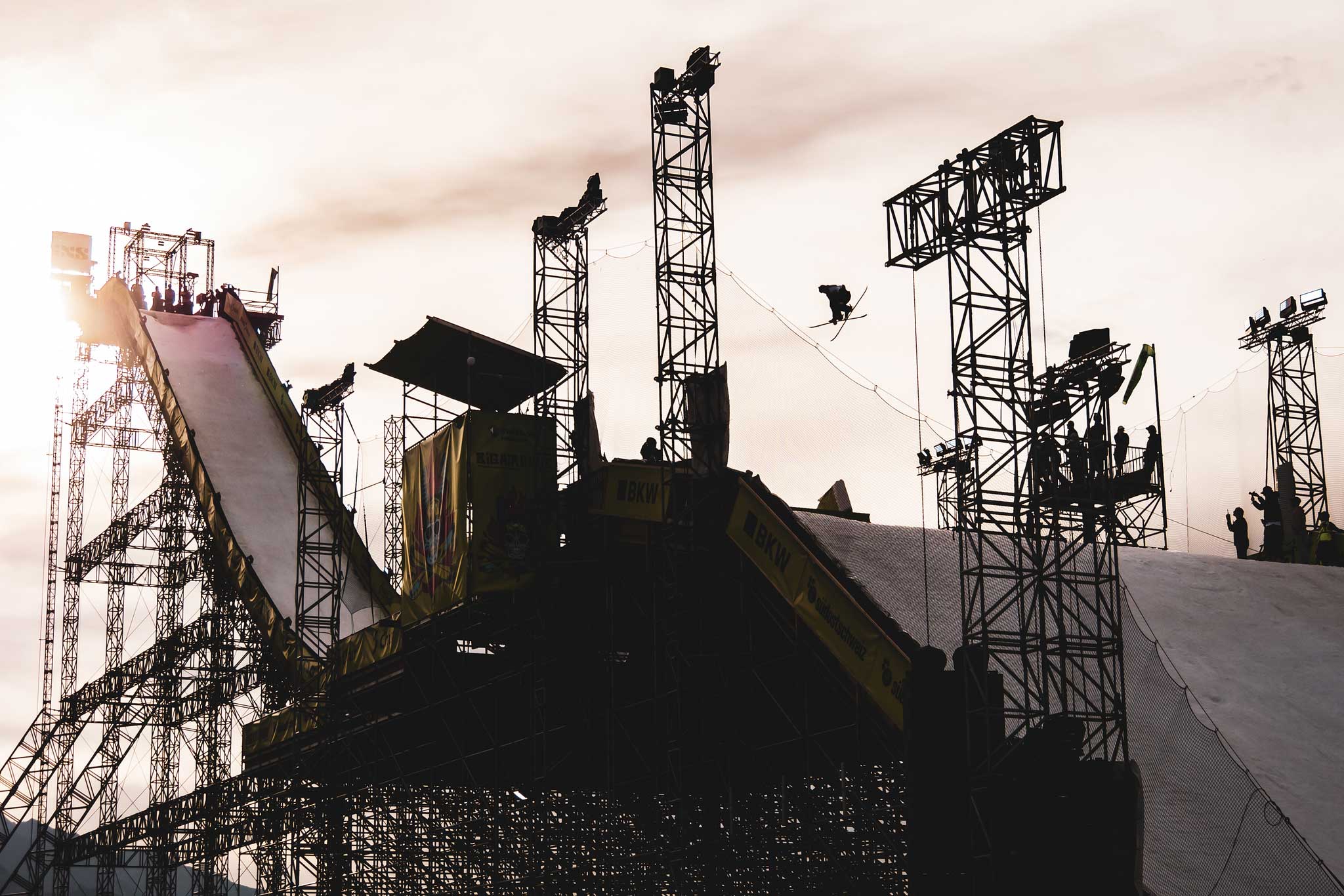 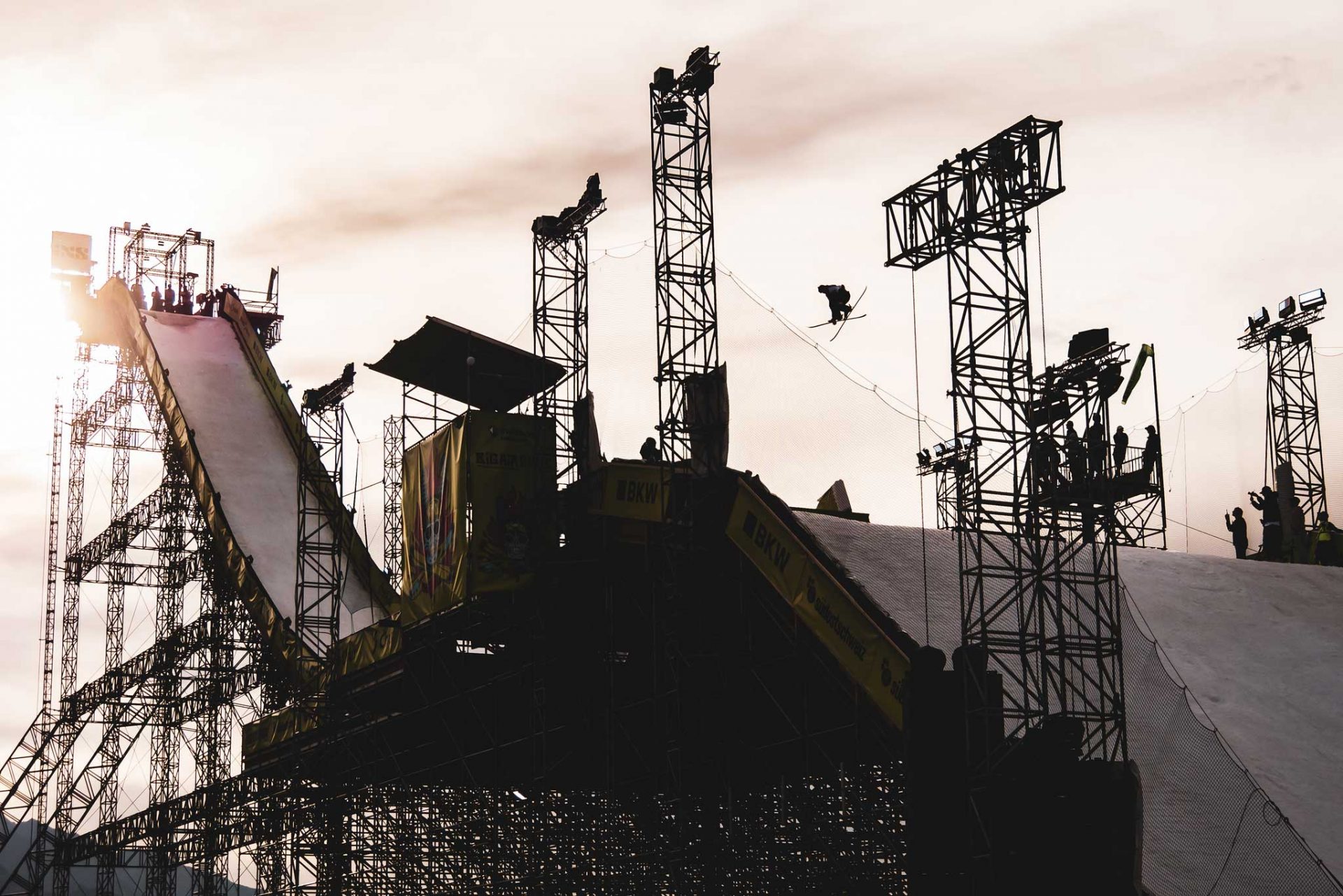 A free finals livestream should be available on the event website at bigairfestival.com. Other options include Eurosport International and SRF 2 in Switzerland. There’s no news about a livestream from the qualifications round, but we’ll be sure to keep you updated on the Downdays Instagram.