It’s mid-May and the snow is melting fast, as is the general public’s annual fleeting interest in winter sports. In other words, perfect timing for an X Games Big Air, right?

Apparently so, because this weekend action sports have invaded Olso for the latest iteration of X Games Norway—a shapeshifting sister event to the X Games’ more well-known U.S.-based events which for the past few years has been seeking footing in the Norwegian capital.

This time around, Norway X organizers scrapped their March time slot, as well as slopestyle and halfpipe, in favor of a slimmed-down event in May with a focus on just three crowd favorites: Skateboard Street, and Ski and Snowboard Big Air. 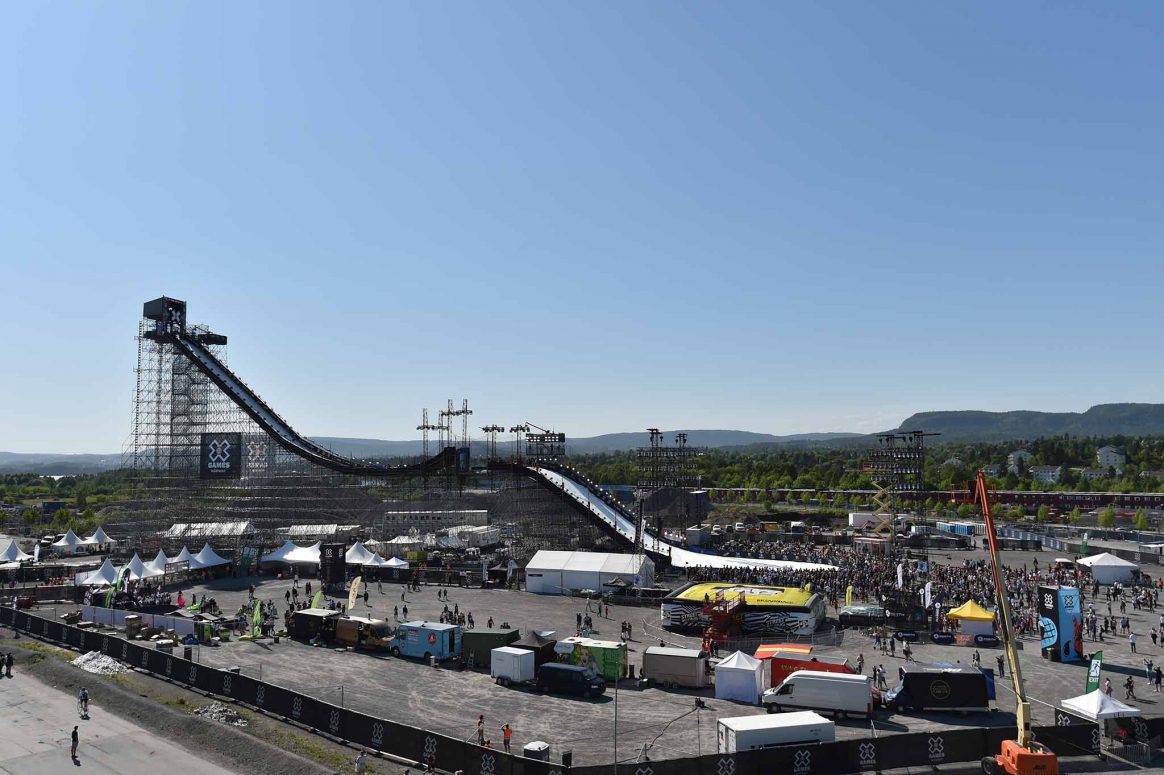 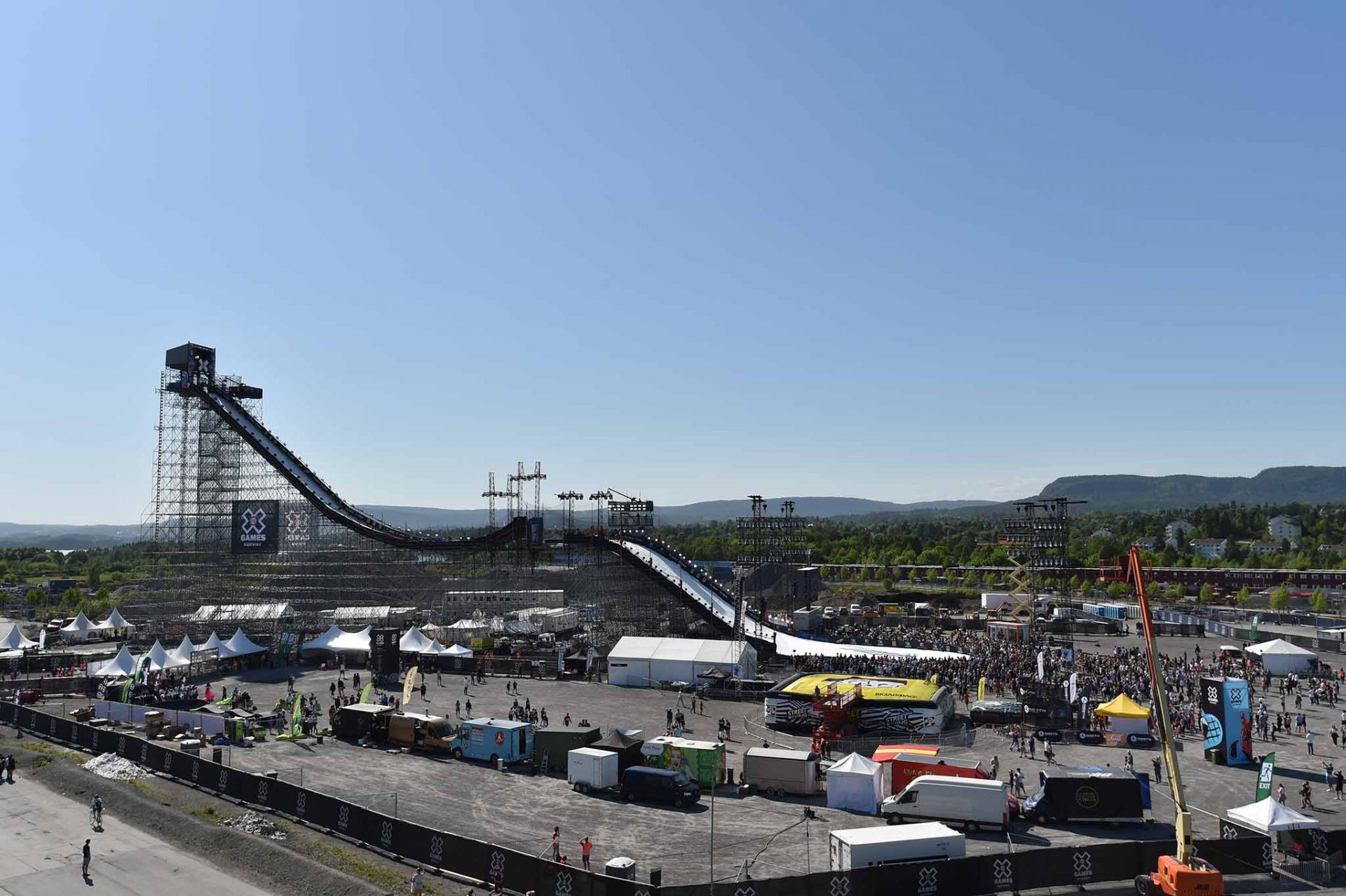 This Saturday, May 19, a handful of skiers got the unusual chance to unpack their best big-air tricks on a brilliant spring day on a scaffolding jump on the outskirts of Oslo. The contest kicked off in the early afternoon with a qualification round for the men—a field of eight skiers battling over two precious final spots—followed by women’s and men’s finals.

It was also our first look at the new judging format being tested this year at X Games Norway: three jumps per rider, with the best two tricks in “different directions”—left, right, switch left, switch right—counting. It’s a tweak on the new rules that debuted earlier this year at Winter X Games in Aspen, where athletes had 25 minutes to land their best “leftside and rightside” tricks.

Basically, with the Olso rules riders have more leeway to interpret the “two different directions” rule—for example, a leftside trick and a switch leftside trick count as “different directions” even when they are both “natural” rotations for a rider. Yet despite this extra wiggle room, riders have far fewer chances to land their best tricks. Of the three jumps, two need to be absolutely flawless for a chance at the podium.

With the help of his freakish ability to grab seatbelt japan in double-cork rotations, Alex Hall dominated the men’s qualification round, earning his ticket to the finals in two quick jumps: switch left double cork 14 seatbelt japan, and a forward dub 12 seatbelt japan in which he added a tail grab with his other hand for a freak double grab that he probably now needs to name. The second trick posted the highest single score of the qualis, a 47.66. 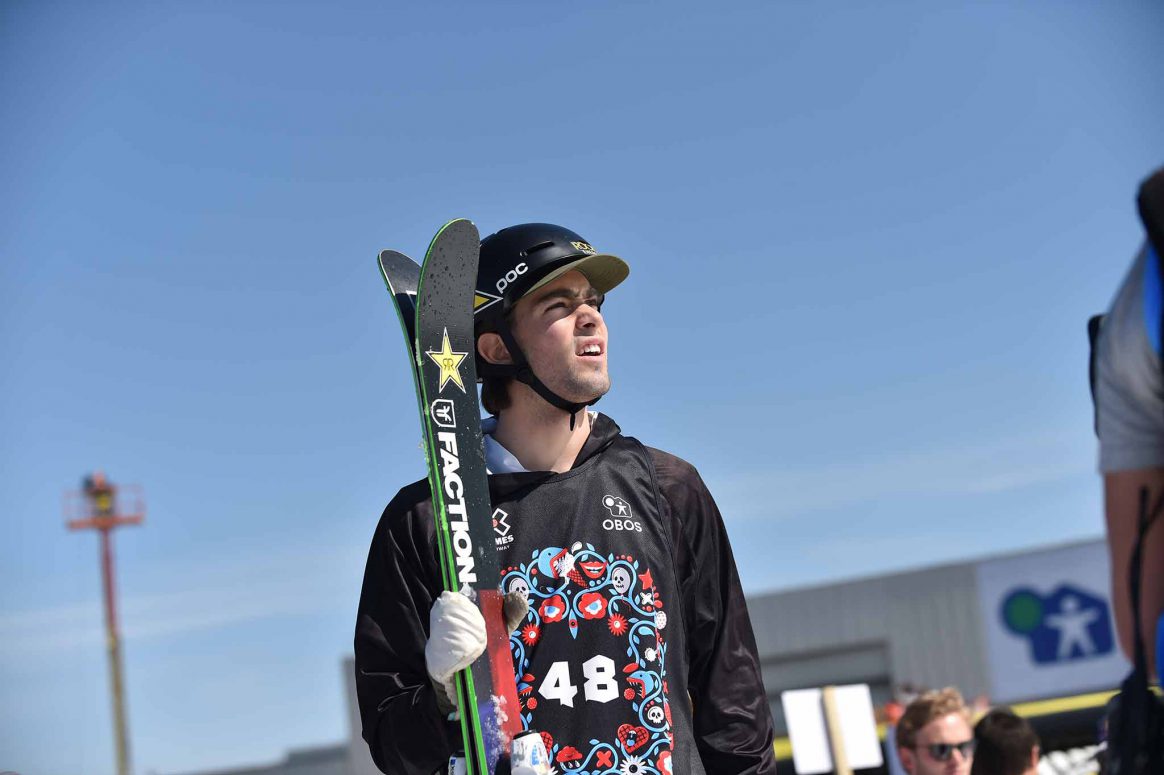 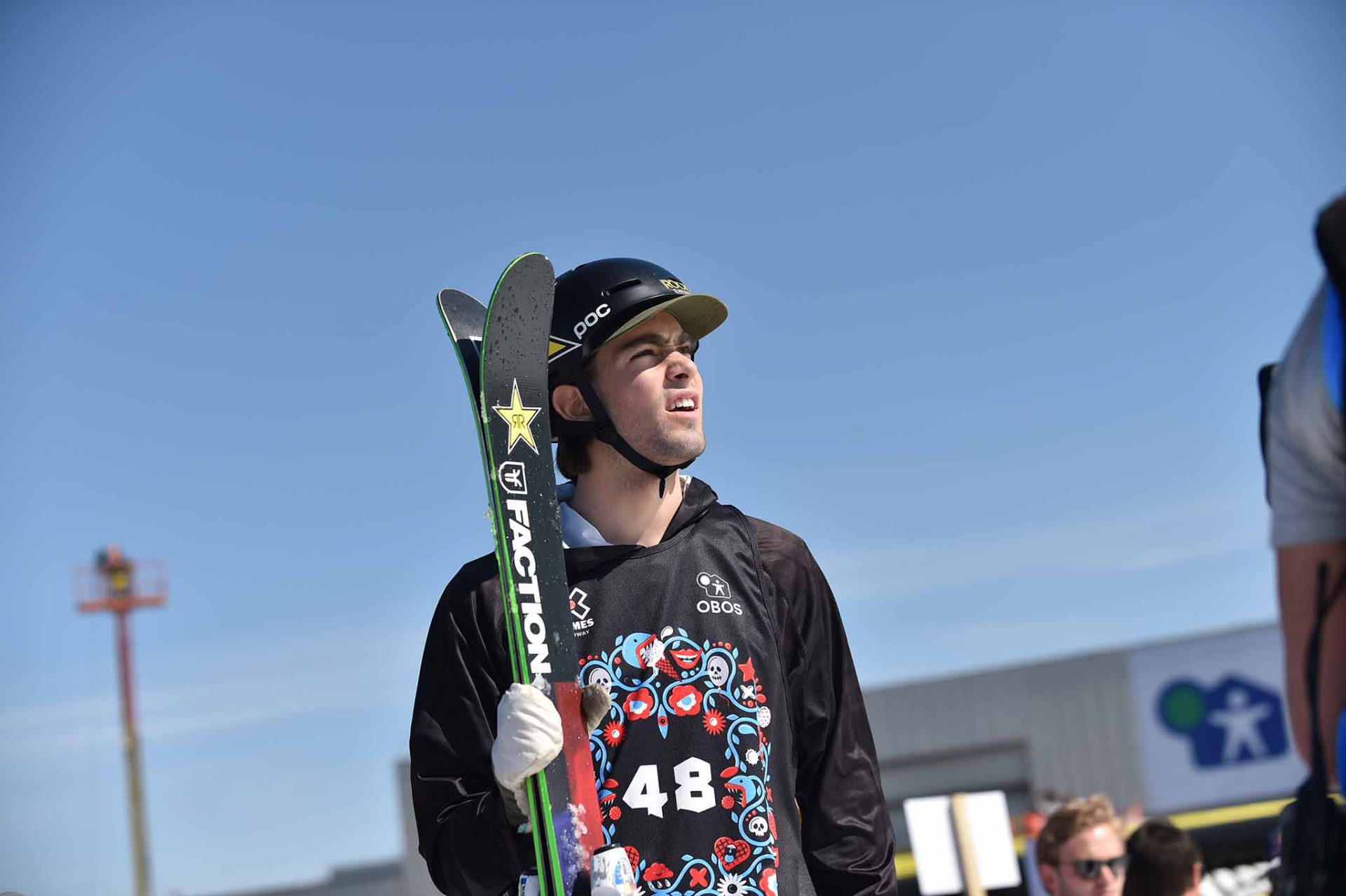 Oscar Wester was feeling comfortable in the second-place qualifying position with a switch double misty 14 mute and a forward double cork 14 tail until young Norwegian competitor Birk Ruud, buoyed by the energy of his hometown crowd, stomped a huge triple cork 1620 mute on his third jump. The only triple of the qualis helped Ruud narrowly edge out a disappointed Wester for the second and final qualifying spot.

Some props go out to the six other riders who didn’t make it to the finals. Elias Syrjä dropped a flawless double cork 12 pre-safety grab and a composed switch double 14 tail, but the judges didn’t reward the pre-grab as highly as we’ve seen in other Big Air events, and his scores stayed in the 30s. Ferdinand Dahl took an unfortunate spill on his first jump, a beautiful double bio 1080 safety, getting surprised by the abrupt transition at the bottom of the landing. This evidently threw off Ferdy’s flow, and he tossed in the towel on his third jump but treated us to a very stylish switch 900 tail. Hugo Burvall and Jesper Tjäder both struggled with execution and landings, and Felix Usterud made a valiant attempt at the finals with an absolutely rad double cork 12 reverse mute and a switch dub 14 mute to tail grab, but fell short of the very high bar.

Watch the full replay of the Men’s Ski Big Air qualifying round.

After the dust settled from the men’s qualification round, Women’s Ski Big Air was up next. Giulia Tanno, who injured herself during the Aspen X Games and missed much of the contest season, was back in action and brought her double cork 1080 safety with her, promptly displaying it on her first hit for a high score of 47. But she sat down on the landing of her follow-up trick, a switch left 900, leaving an opportunity open that the rest of the field didn’t ignore.

This year’s Golden Girl with wins in Aspen and at the Olympics, Sarah Höfflin has a switch double of her own, which she seemed to be mulling over when she kicked off her jumps with an exploratory switch rodeo 5. But Höfflin backed off the double—she’d reportedly had a hard crash in practice—and opted instead to finish with a big switch 720 mute and a misty 7 mute, the latter landed in the backseat.

With the podium still wide open, veteran operator Tiril Sjåstad Christiansen started making power moves, tucking away a left 540 safety grab as a safety trick (after all, that’s why it’s called a “safety” grab, folks) before loosing a rightside cork 900 tail that temporarily moved her into first place. 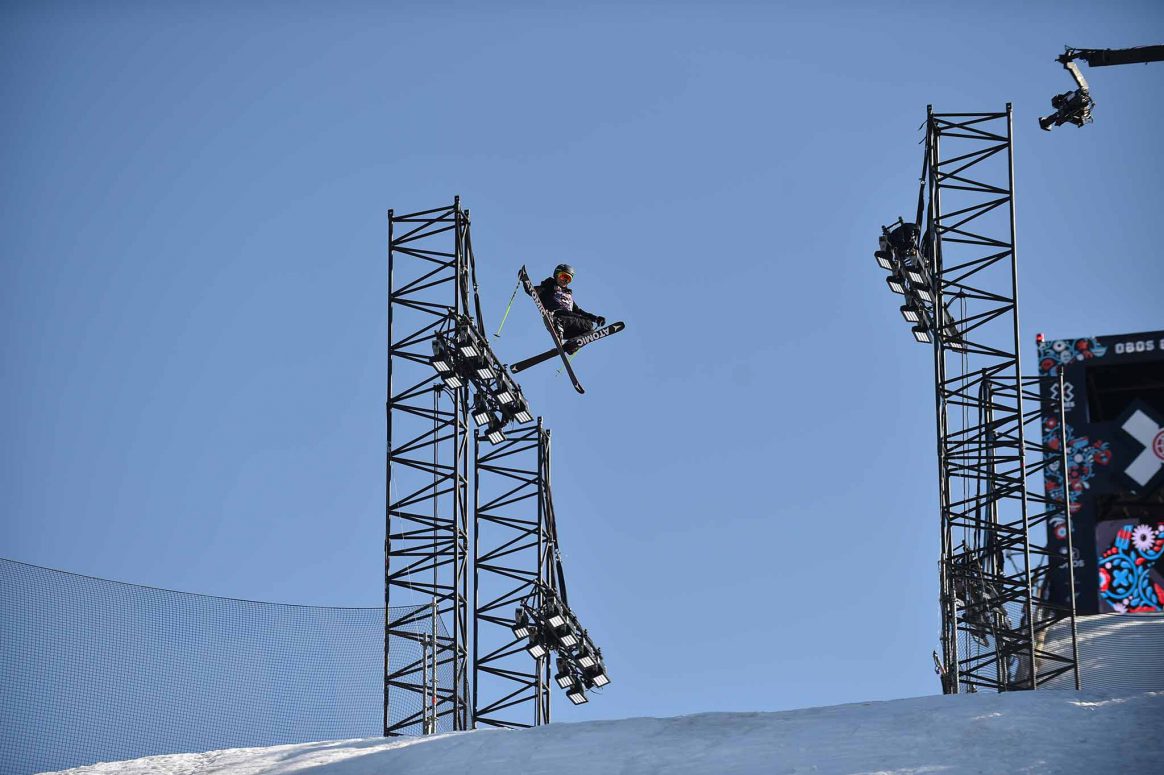 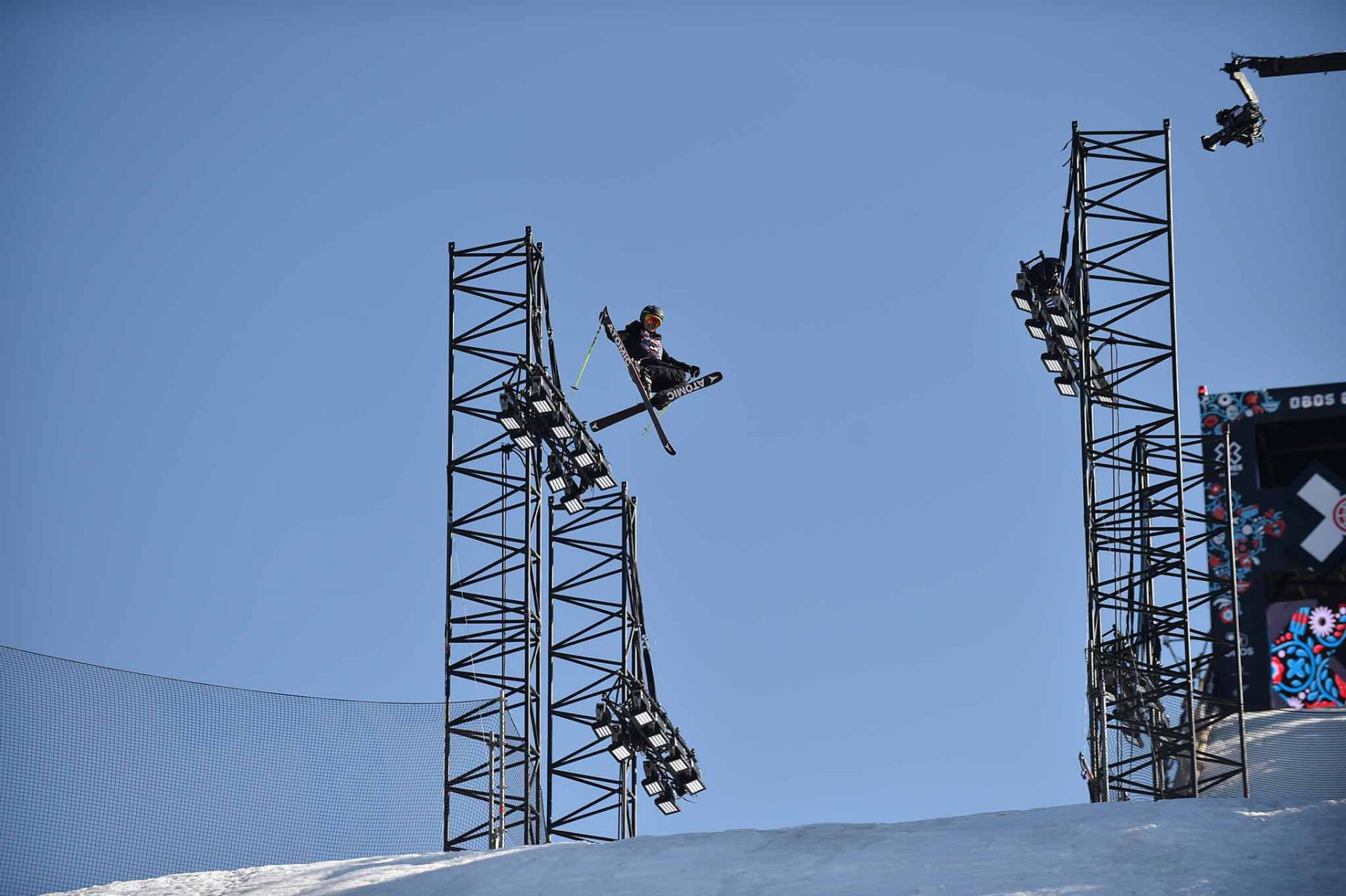 But Jennie-Lee Burmansson, fifteen years young, who’d slopped style all over the jump with matching left and right switch 720s—one with uncrossed blunt, one with uncrossed blunt to tweaked safety—nailed the double grab perfectly on her third jump, upping her score on the trick to a 43.66 and moving into first place ahead of Christiansen.

Tanno, with the biggest single jump score on her dub 10 but still needing a second trick to round out her score, decided against sending her switch 900 again on her third and final jump, calculating instead that a switch 540 could be enough for the win. Her execution wasn’t there, however, and she moved into second place, behind Burmansson and ahead of Christiansen. The women’s big-air field, which has seen so many exciting new developments this season, saw yet another today as Burmansson’s honed style in smaller rotations captured the win over 900s and double corks. 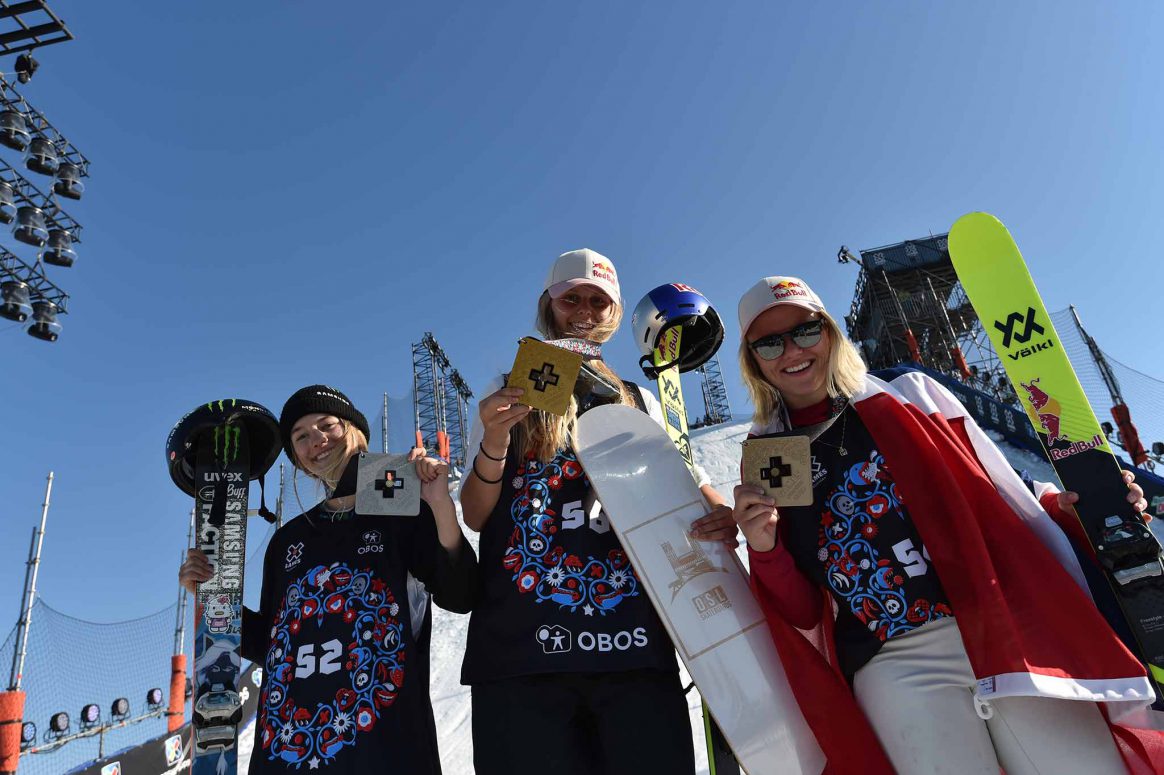 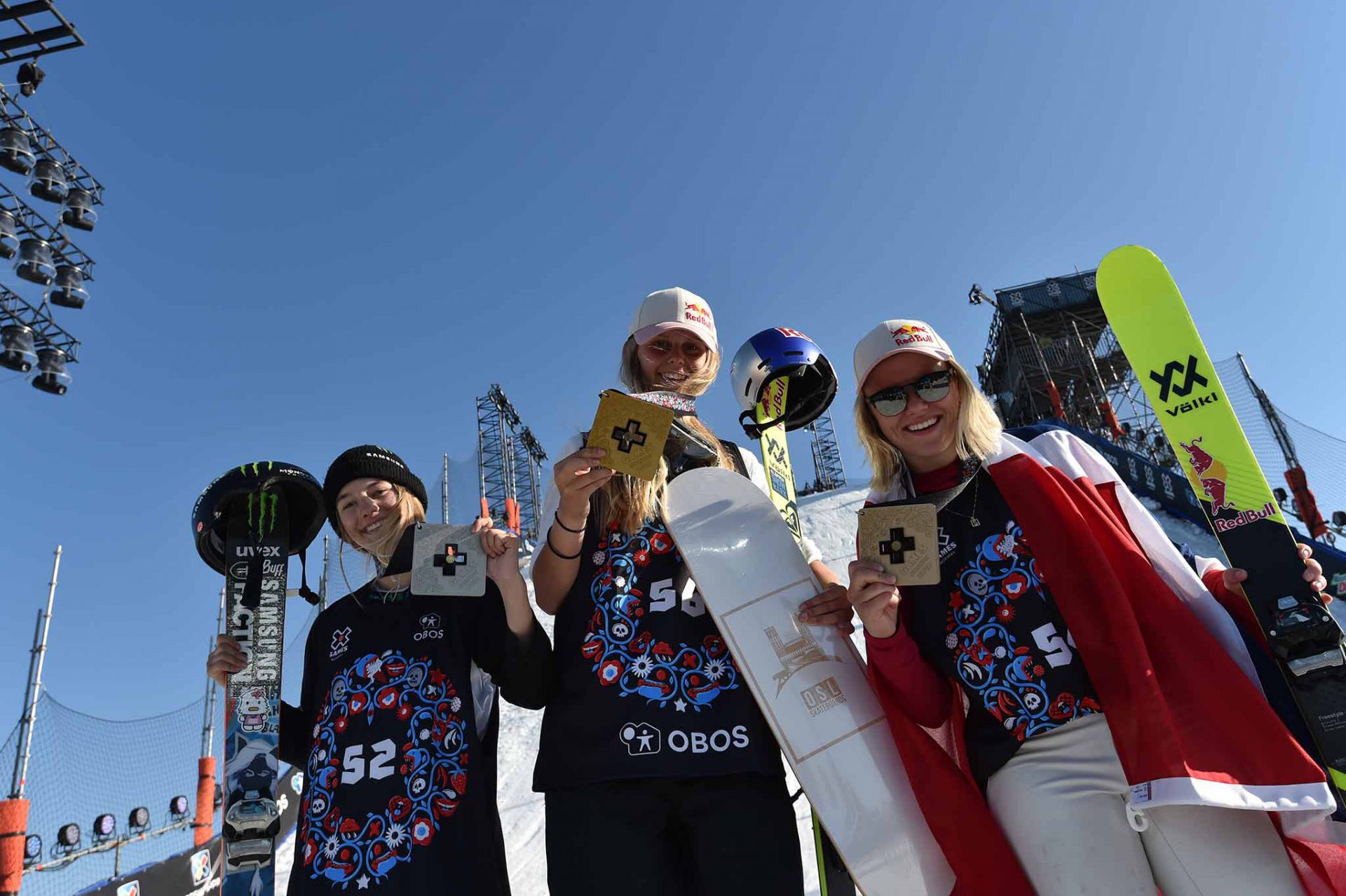 After an intense qualifying round that felt something like a final by itself, the men’s finals were set for a first-class show. Top qualifier Alex Hall put down his dub 12 seatbelt japan-and-tail grab clean on his first hit, but struggled to do the same with his switch 14. James Woods, a podium threat on any given day, had some uncharacteristic trouble landing his signature switch triple at the bottom of the transition. He was one of a few competitors who fell victim to the tighter dimensions of this scaffolding Big Air jump. Kai Mahler tried to bring the new wave to the party with a nose butter out of a switch double 10, but it didn’t work out as he’d planned. 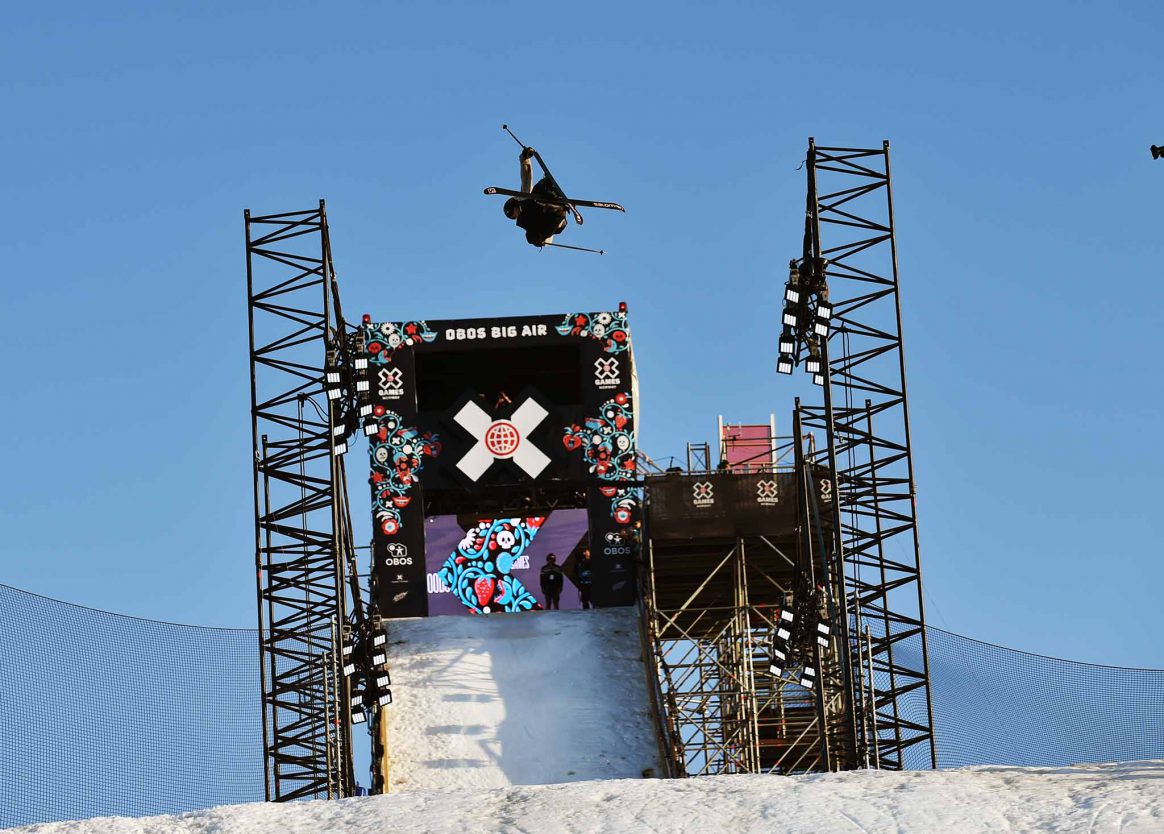 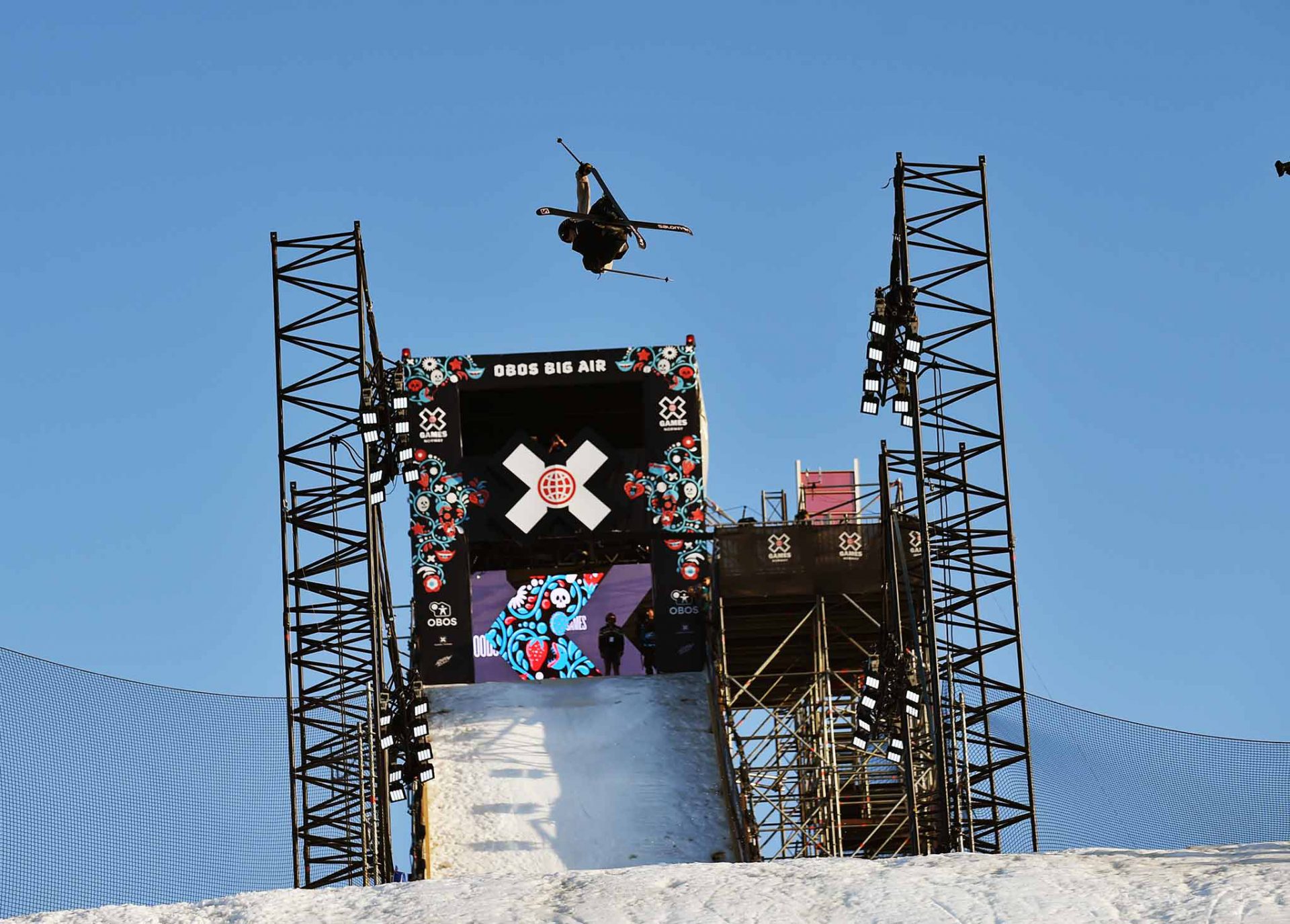 Left blasting away with an eye on the podium were Birk Ruud, Christian Nummedal, Fabian Bösch, Øystein Bråten and Henrik Harlaut. Ruud exploded into a triple 16 mute to lead off the second round, earning a 47 and a solid shot at the podium. Nummedal unleashed a huge triple 16 of his own, stomping like a freight train but unable to keep his hands out of the snow. Bråten won the battle for best score on a switch double 14, as expected, then strategically opted for a safety trick on his second hit, with a double cork 1260 tail about as clean as they come. Meanwhile Harlaut, who scored lower than planned on a nose-butter double cork 1620 on his first jump, played a different kind of strategy with a monster switch triple 1440 on his second jump: huge, flawless and with signature style for a dominating score of 49.33 coming into the final round. 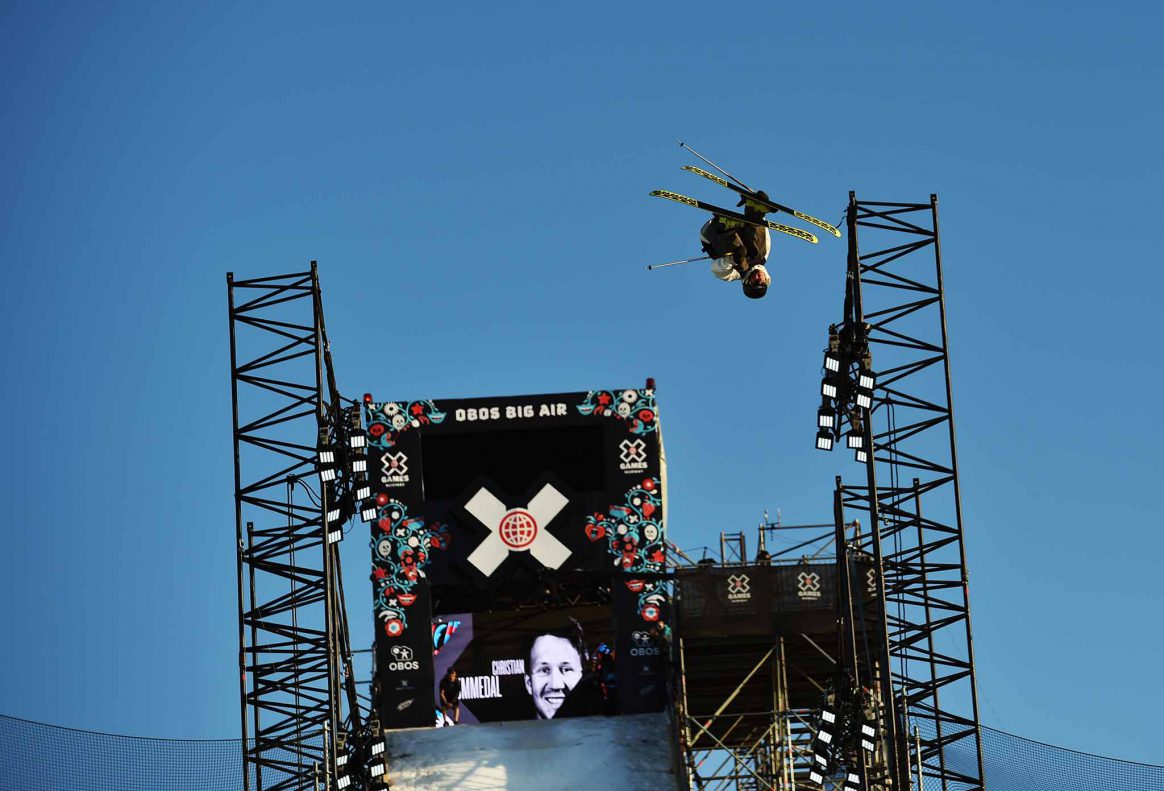 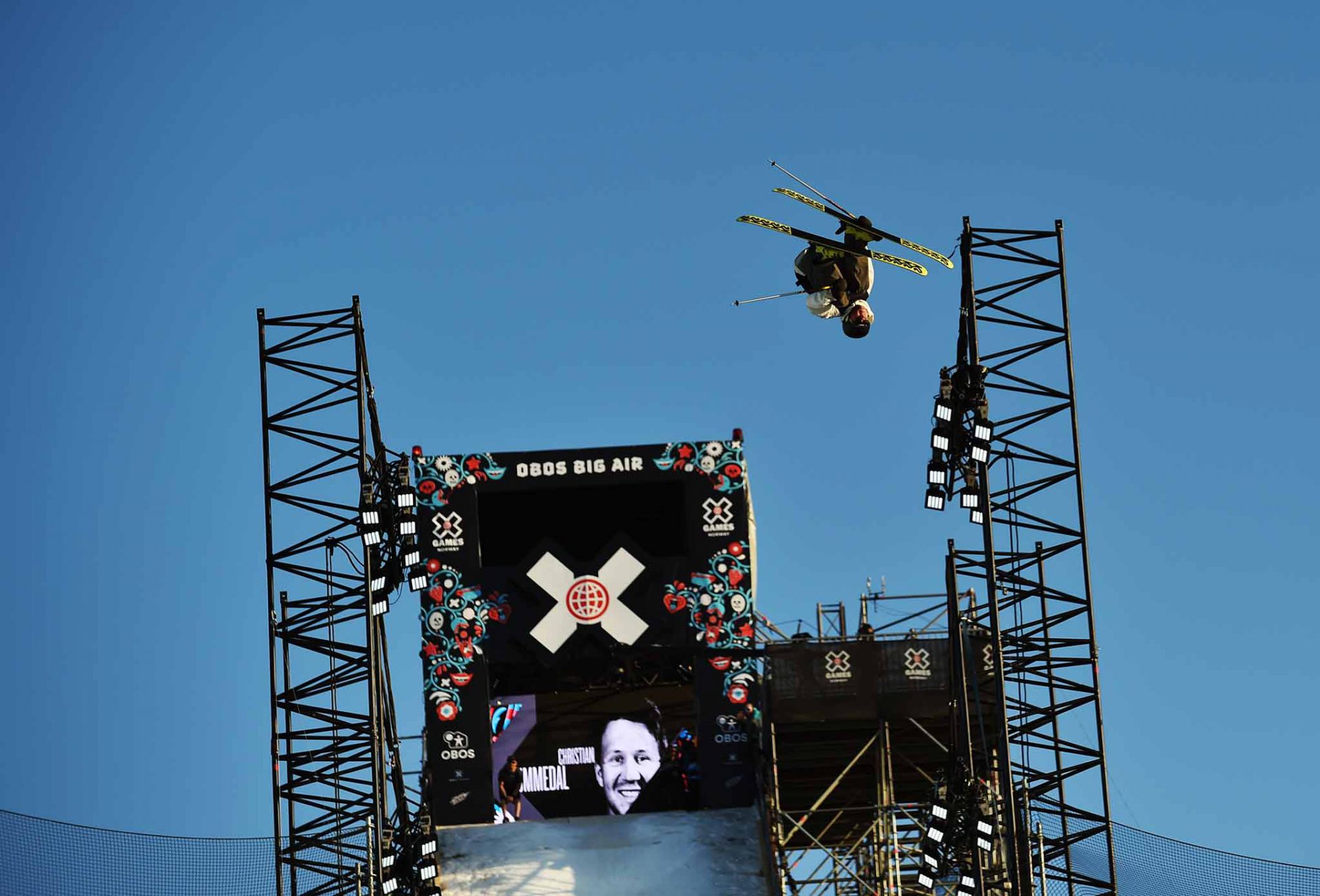 Birk Ruud, however, wasn’t content to let Harlaut walk away with this one. Riding on a strong score from his triple 1620, Ruud upped the ante with a clean switch dub 14 tail on his last jump, posting a respectable 38.33 to edge Harlaut out of the top spot. Harlaut, who’d been expecting to drop next into a victory lap, was abruptly thrown into the situation of needing to land a trick that would reclaim the gold. Looking to improve the score on his nose-butter 16, he again whiffed the grab—and just like that, Birk Ruud found himself bringing home an X Games Gold medal for Oslo. 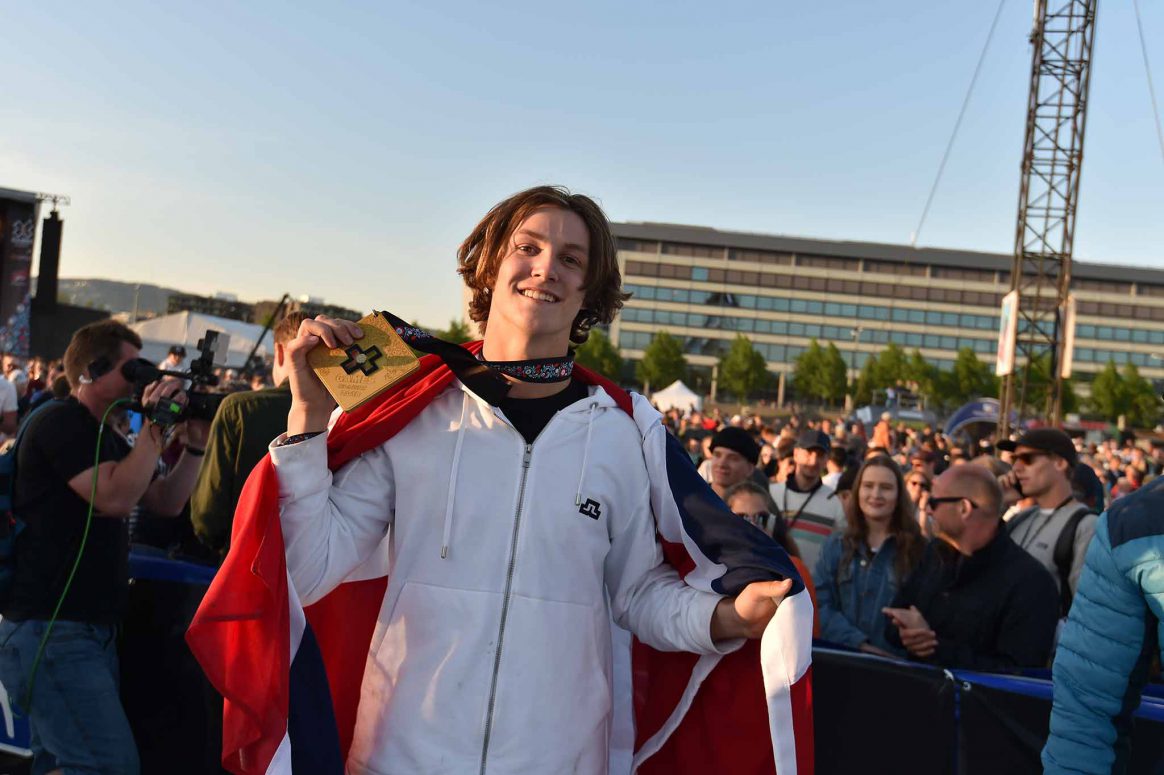 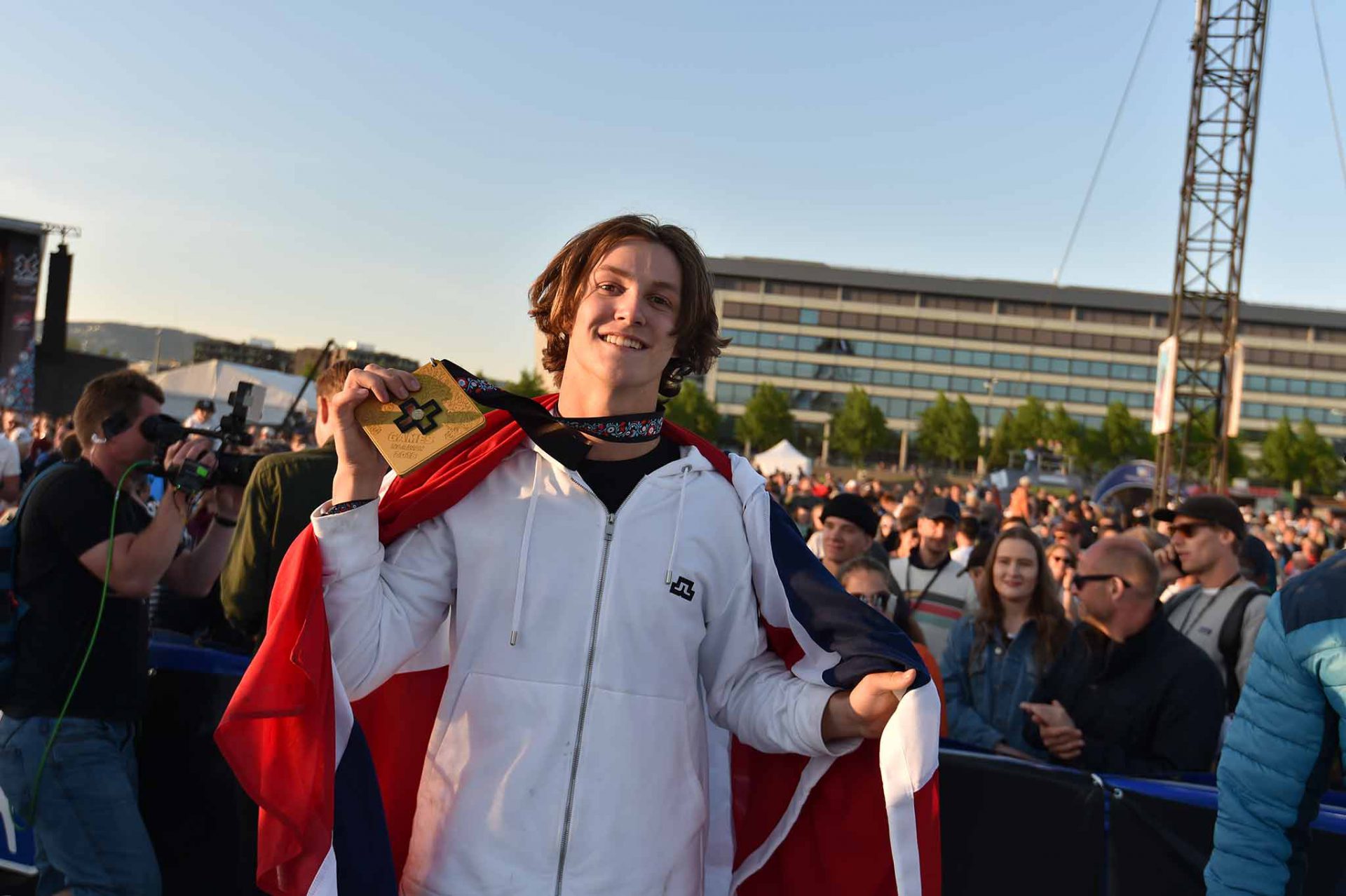 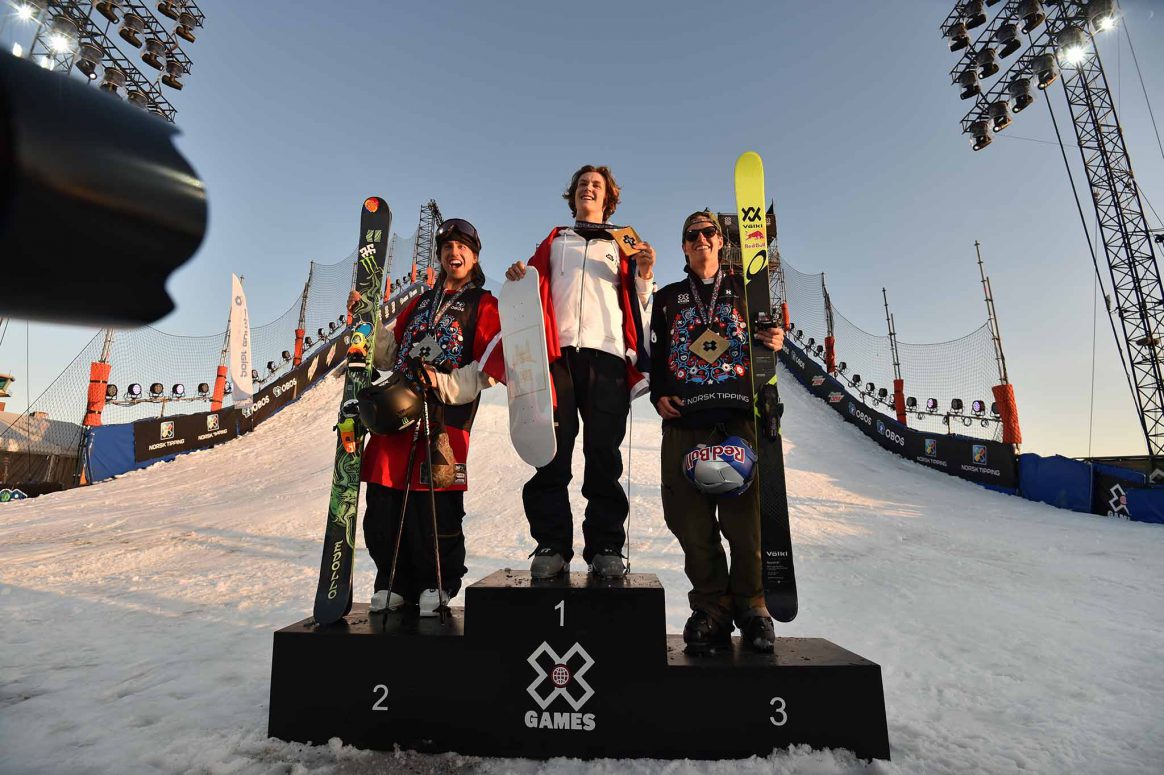 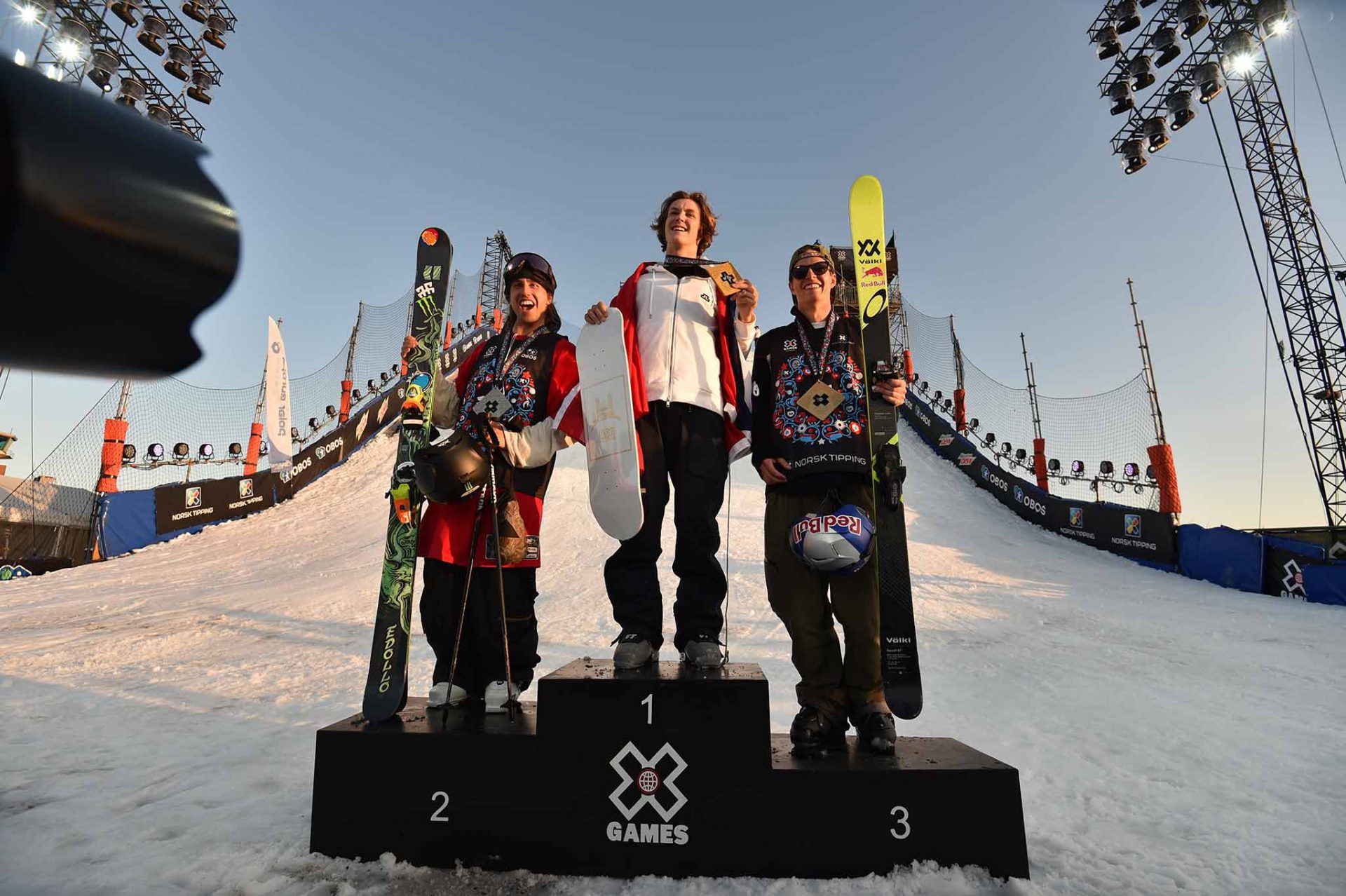 Where are they now: Mickael Deschenaux

How To: Store ski gear for the summer

Where are they now: Mickael Deschenaux

How To: Store ski gear for the summer