Nine years after he began his gold medal run, David Wise is still throwing down in the pipe. Photo: Matt Morning/ESPN Images

It was a tumultuous evening of mishaps and makes in the floodlit Superpipe in Aspen. The weirdness started on the very first run, as Brendan MacKay stomped double after double before somehow losing a ski on the landing of his last hit. But Birk Irving quickly set the night back on track, landing his own double-filled run featuring a left double cork 14 to take an early lead. 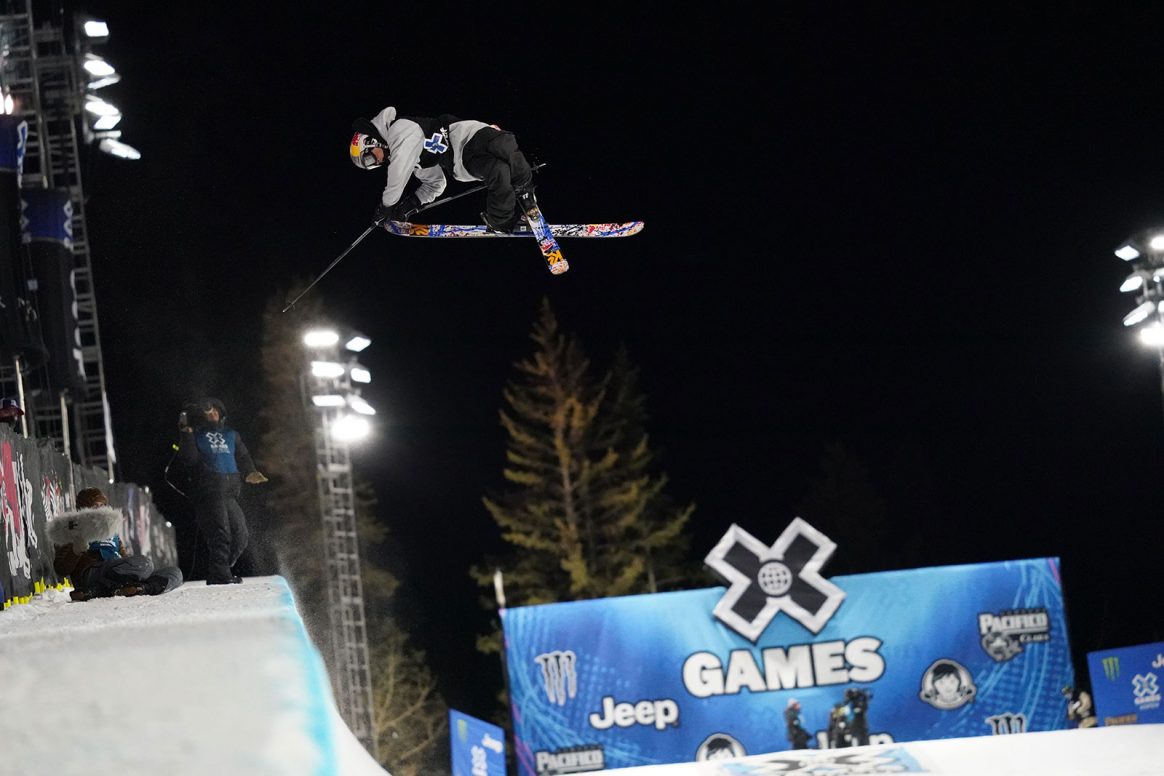 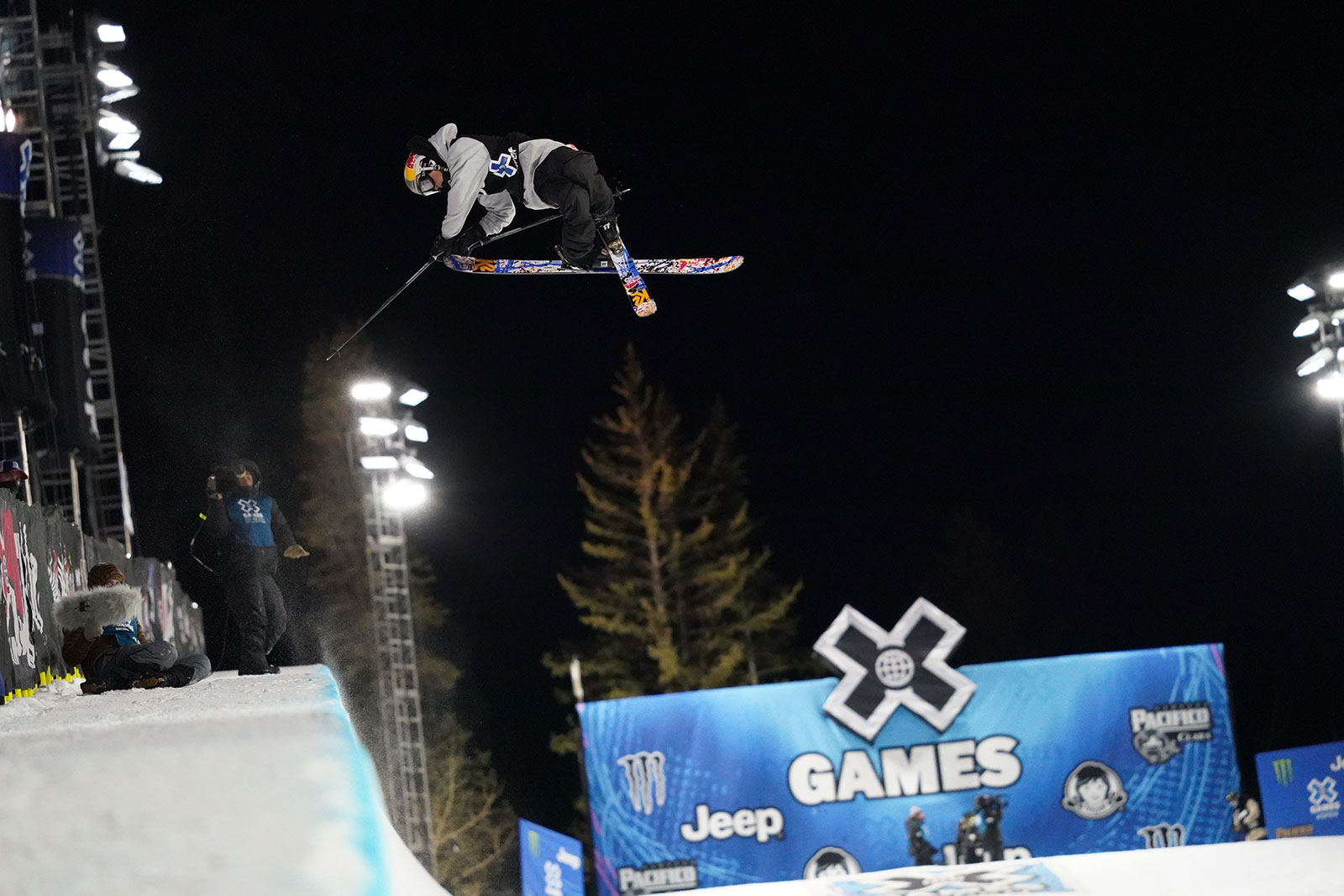 Run 2 saw Aaron Blunck move into first position with the help of double corks in all directions, even while managing to jettison his ski pole out of the halfpipe in the middle of his final rightside double cork 12 tail. Meanwhile, MacKay was able to put down his run without mishap, sliding into third place behind Irving.

Nico Porteous, however, put down the run of the evening on his third attempt, landing back-to-back double cork 1620s—a never-been-done feat. Supplemented with a switch right 900, switch left double 1080 and an alley-oop double flatspin 900, Porteous’ run put him in the lead for the rest of the contest. 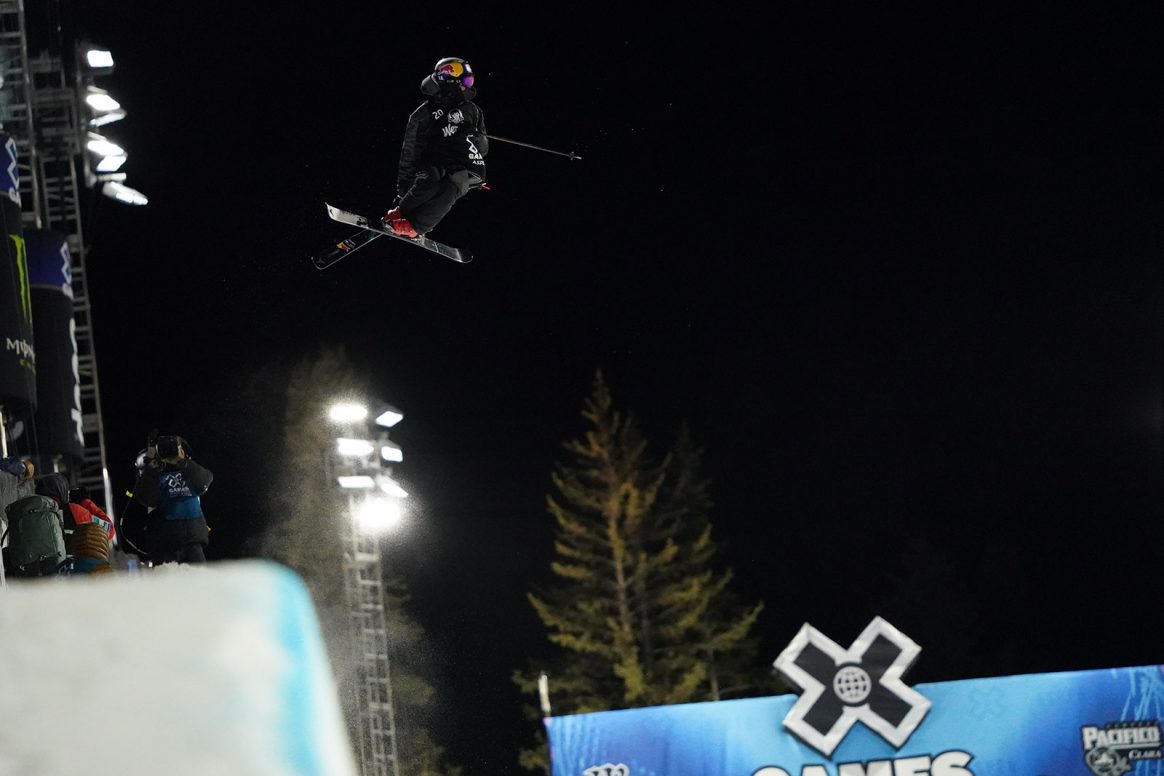 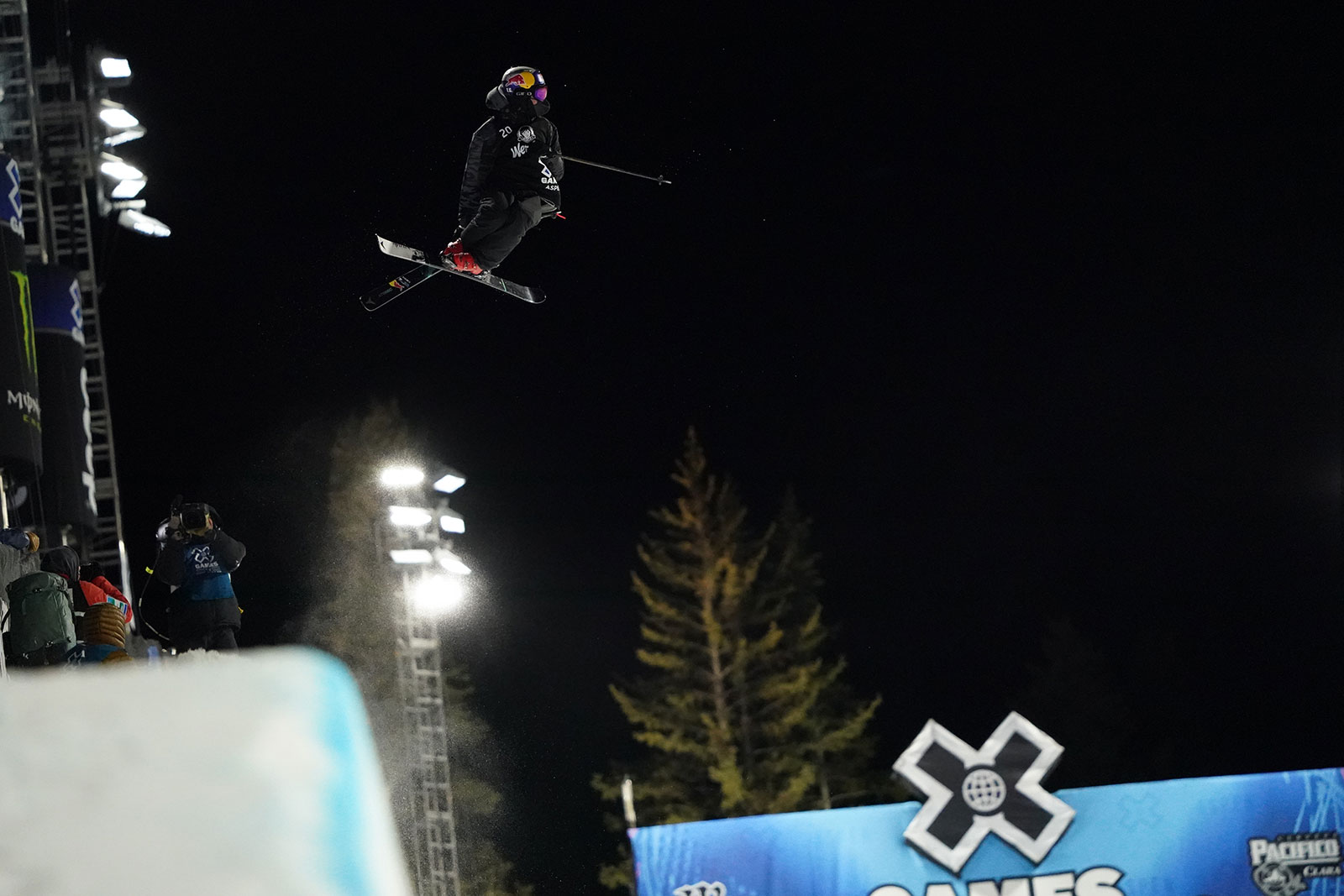 Birk Irving and Aaron Blunck, meanwhile, battled it out over second place. Irving bumped briefly into the lead after adding an extra alley-oop double flat 720 at the bottom of his run. But Blunck, skiing like a man possessed, threw down a rowdy fourth and final run—right dub 14 tail, switch left dub 7 japan, switch right dub 10 japan, left dub flat 900 japan and a right dub 12 tail, yes that’s five doubles in a row—in a Hail Mary attempt for the gold. It was a huge run with doubles in all four directions, but Porteous’ historic back-to-back 16s couldn’t be unseated from the top spot, and Blunck had to settle for second.

It was a disappointing outing for Alex Ferreira in the hunt for his third straight X Games gold medal in his hometown halfpipe. Perhaps missing the roar of the crowd, Ferreira struggled to put down a big run throughout the evening. On his final attempt, he put down what surely would have been a podium run featuring double cork 14s to both sides, but under-rotated a bit on his final hit, a switch right double 10, and backslapped. 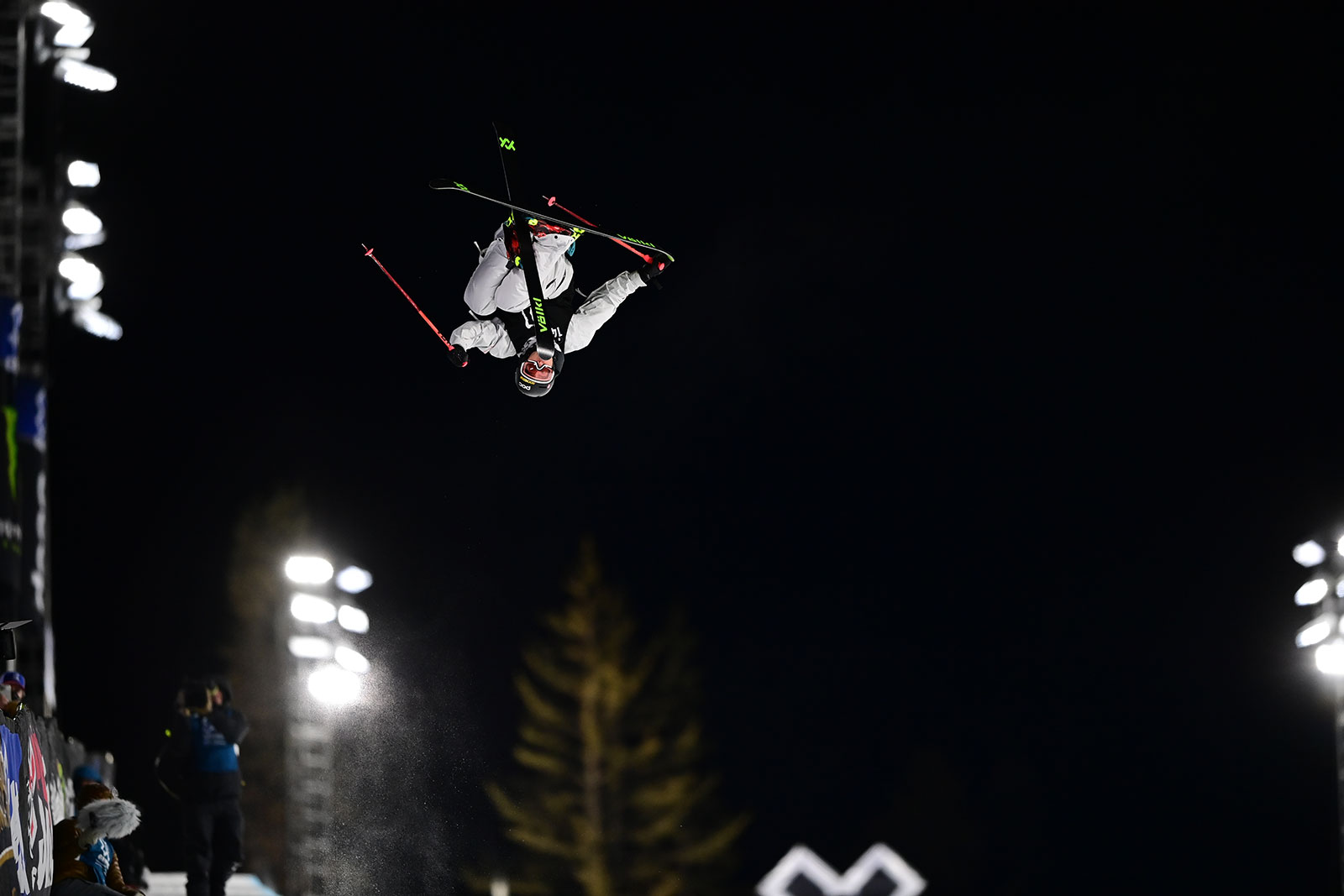 Gus Kenworthy also ran into challenges, most notably with his massive double cork 14. He took a brutal slam on his first run but was quickly back on his feet and ready for another go, but continued to be stymied by issues landing the 14. Finally, he toned back his amplitude and was able to put down a clean run.

It also wasn’t Noah Bowman’s night, as the switch skiing master struggled on the execution of his back-to-back switch doubles. And finally, I’ve got to throw a shoutout to David Wise, the elder statesman of this field, who’s still out there pounding away in the halfpipe for a respectable fifth-place finish. 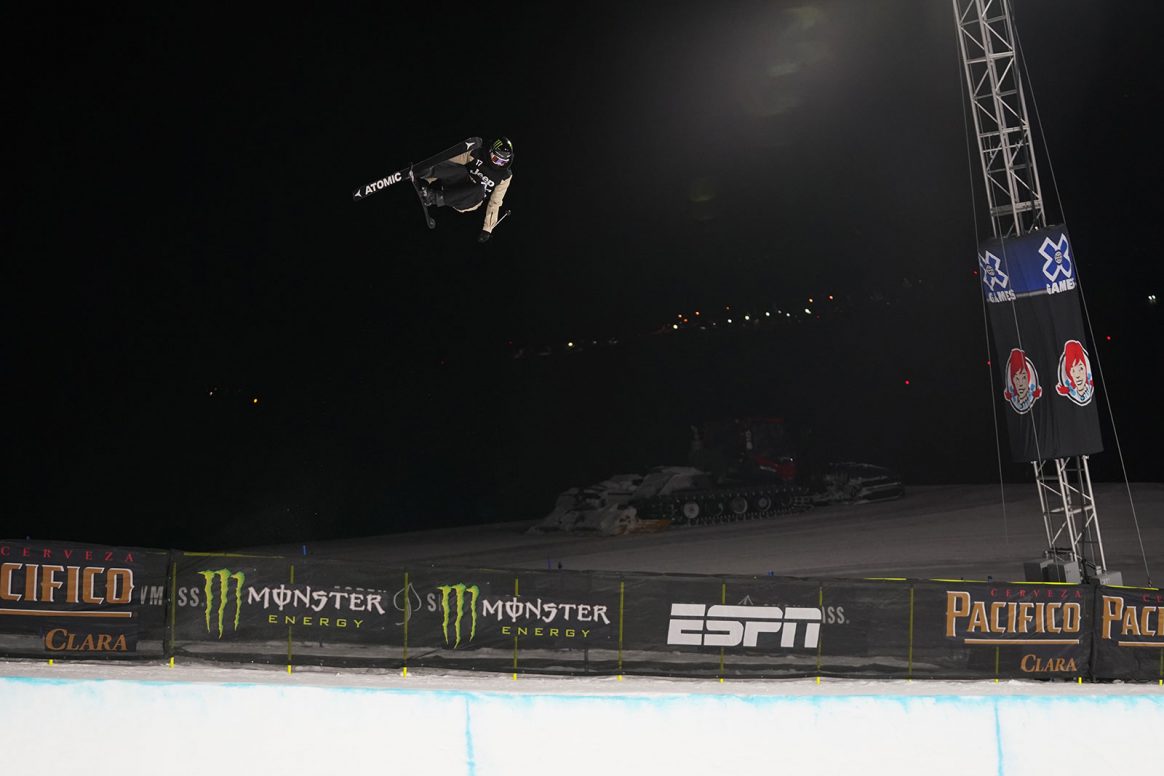 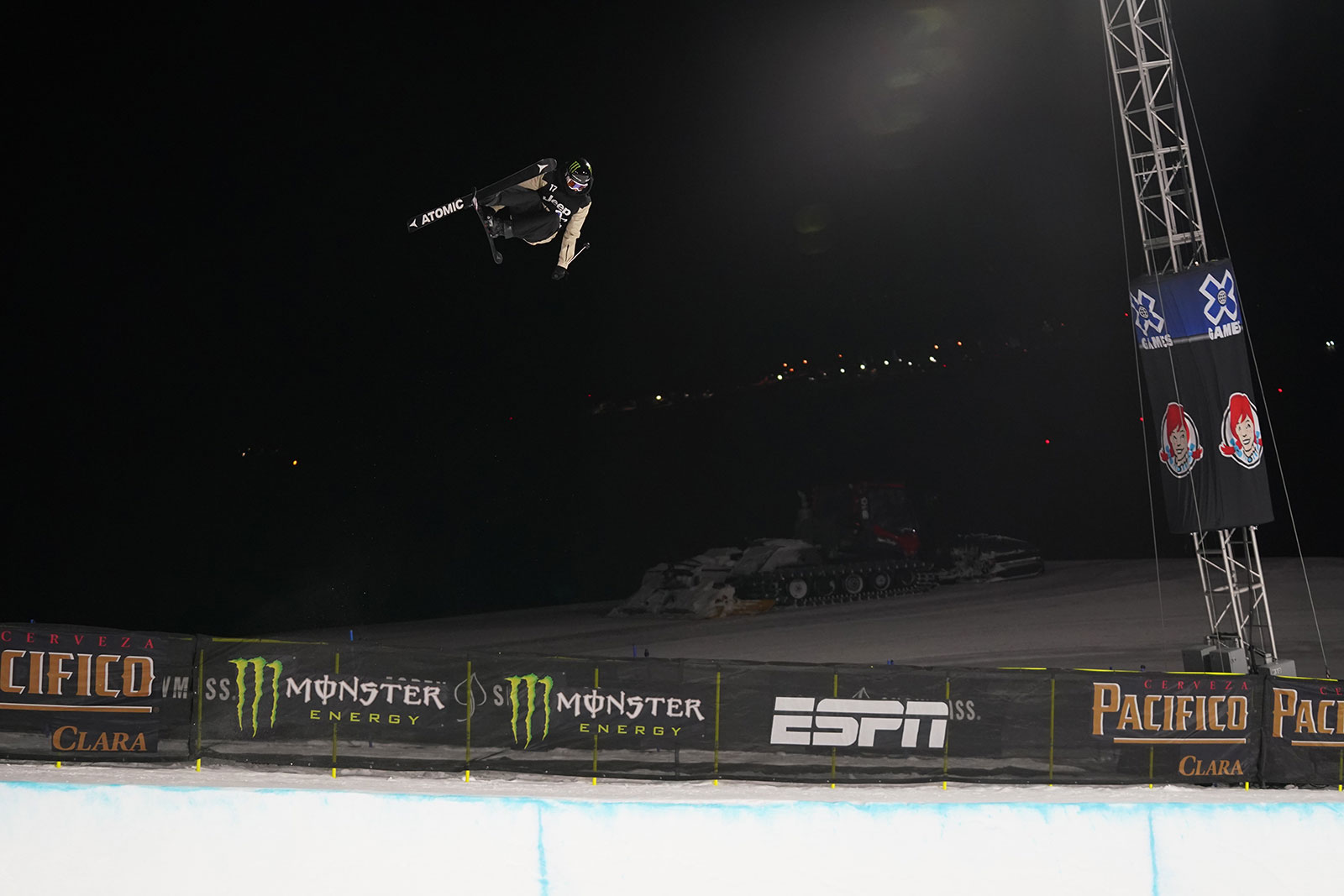 Gus may have struggled with his double cork 14s, but his huge alley-oop flatspins were a spectacle to behold. Photo: Matt Morning/ESPN Images 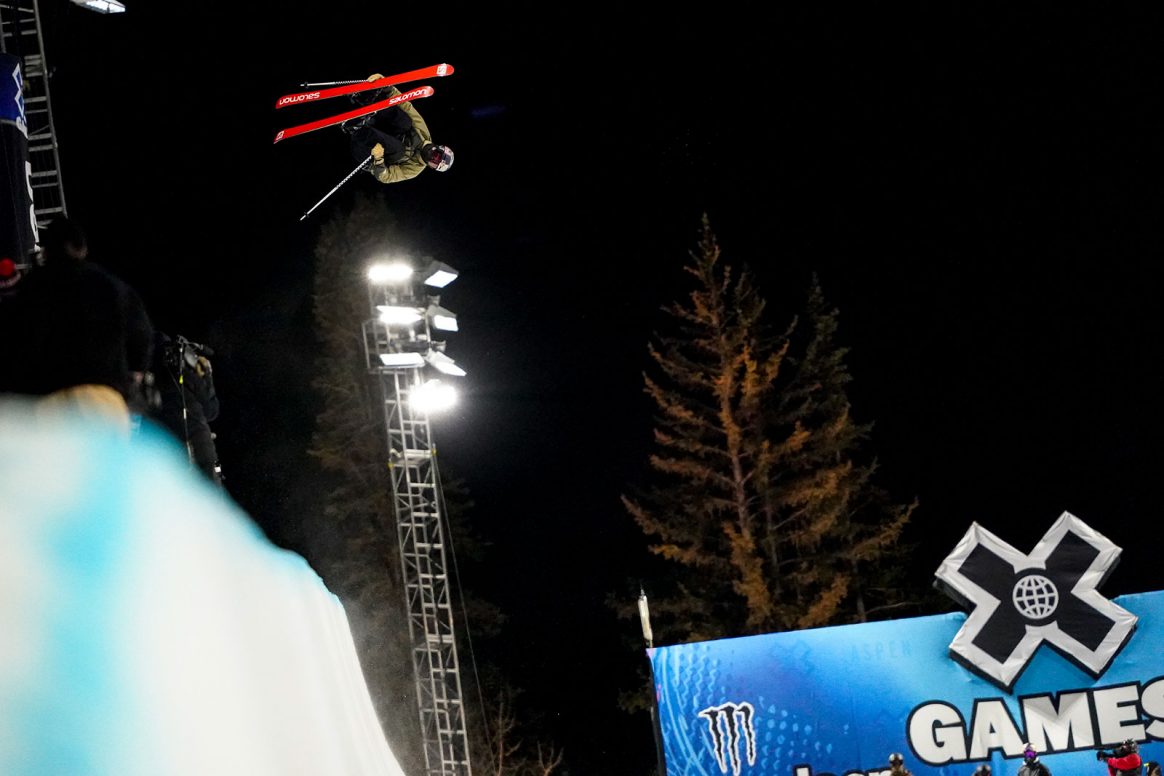 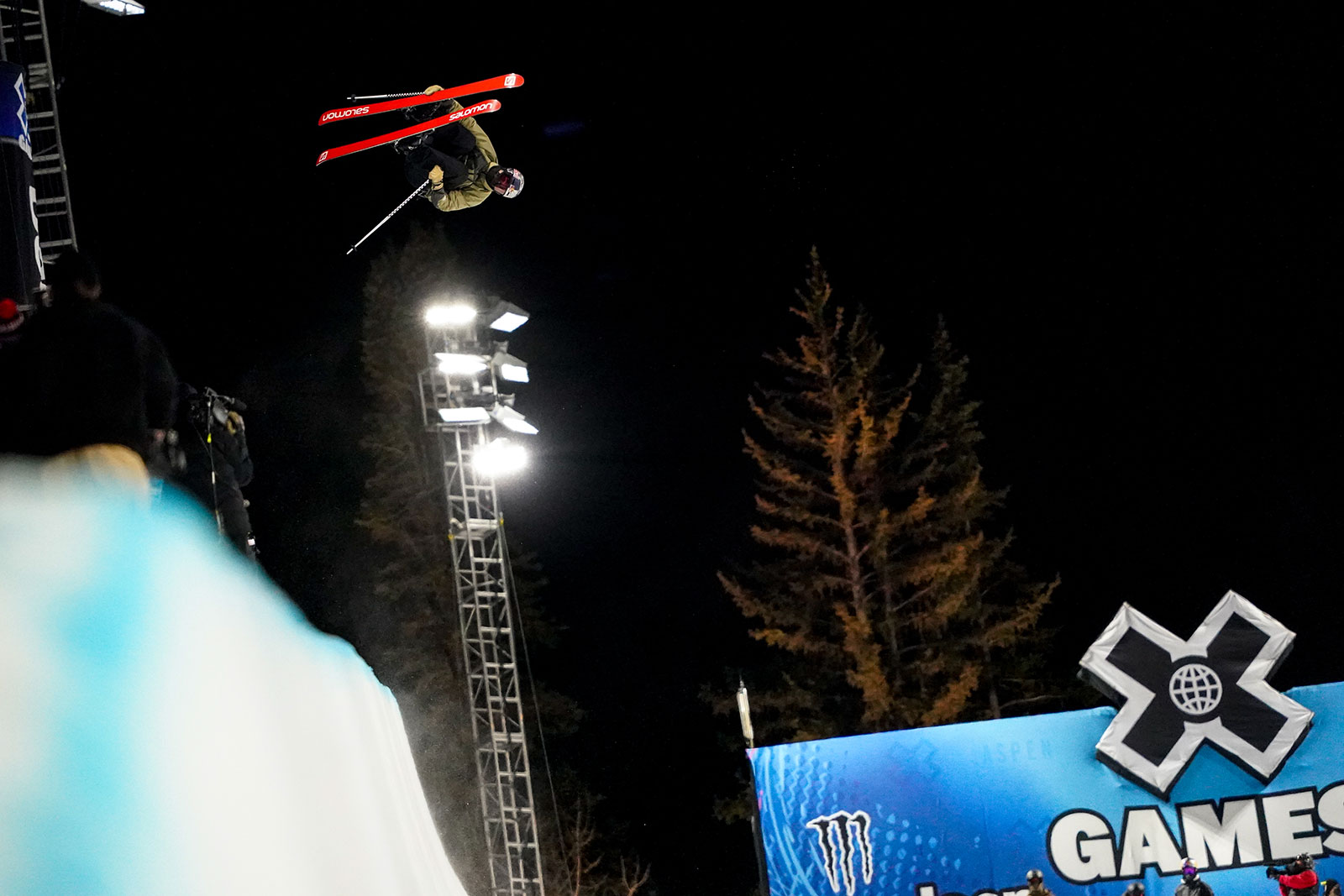 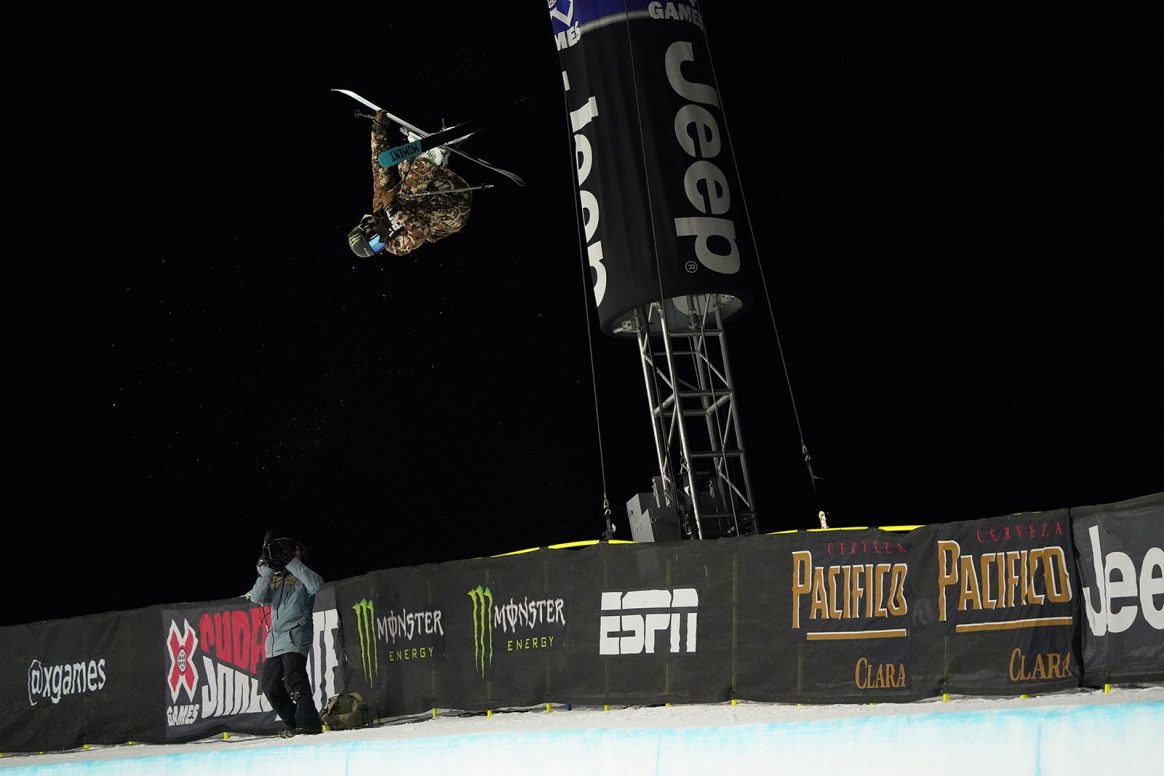 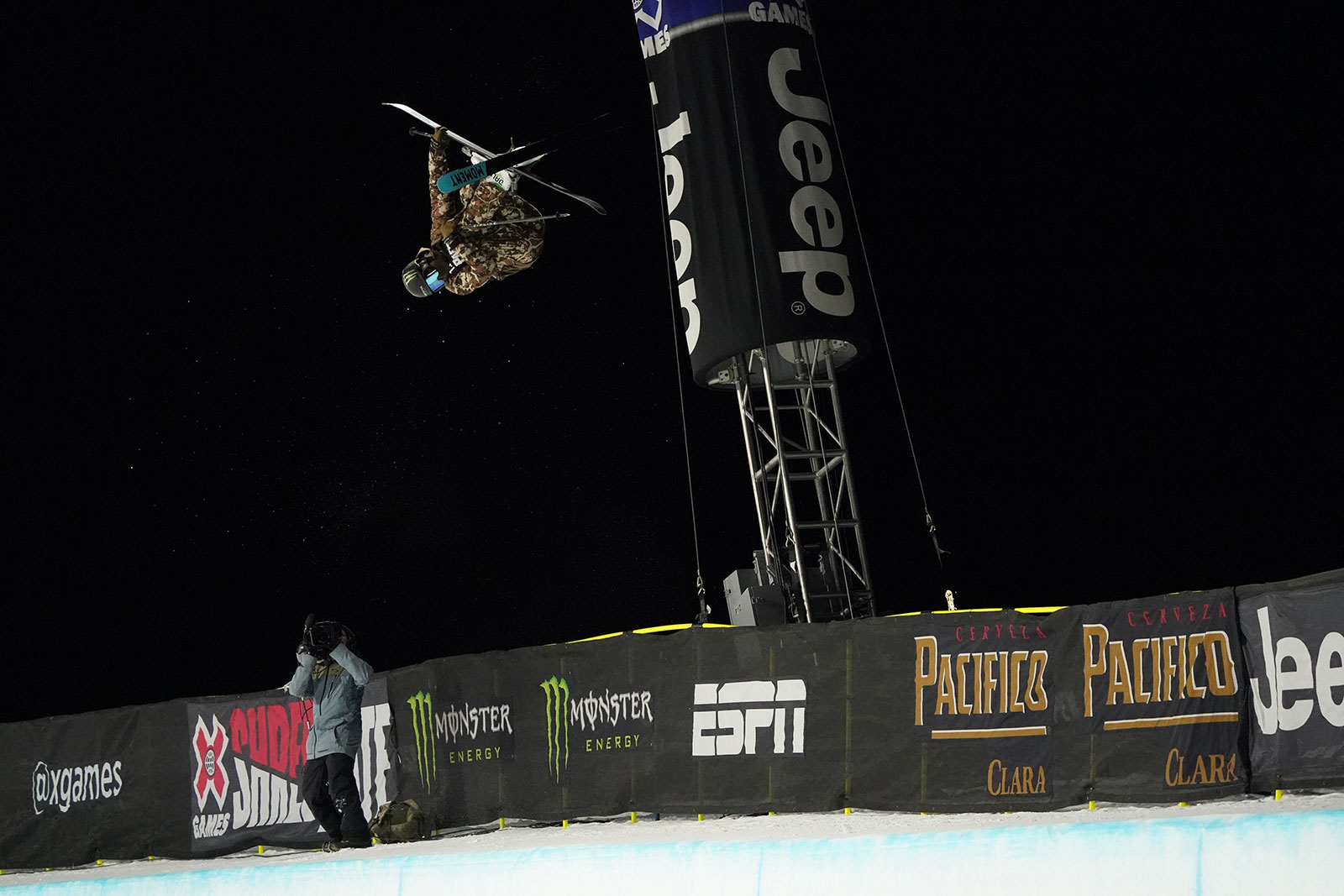 David Wise is in this for pure passion, and he's still throwing down. Photo: Matt Morning/ESPN Images

Freeskiing continues at the X Games continues today with Women’s Ski Slopestyle and Men’s Ski Big Air. Check the full schedule of all X events, how to watch and all results here. 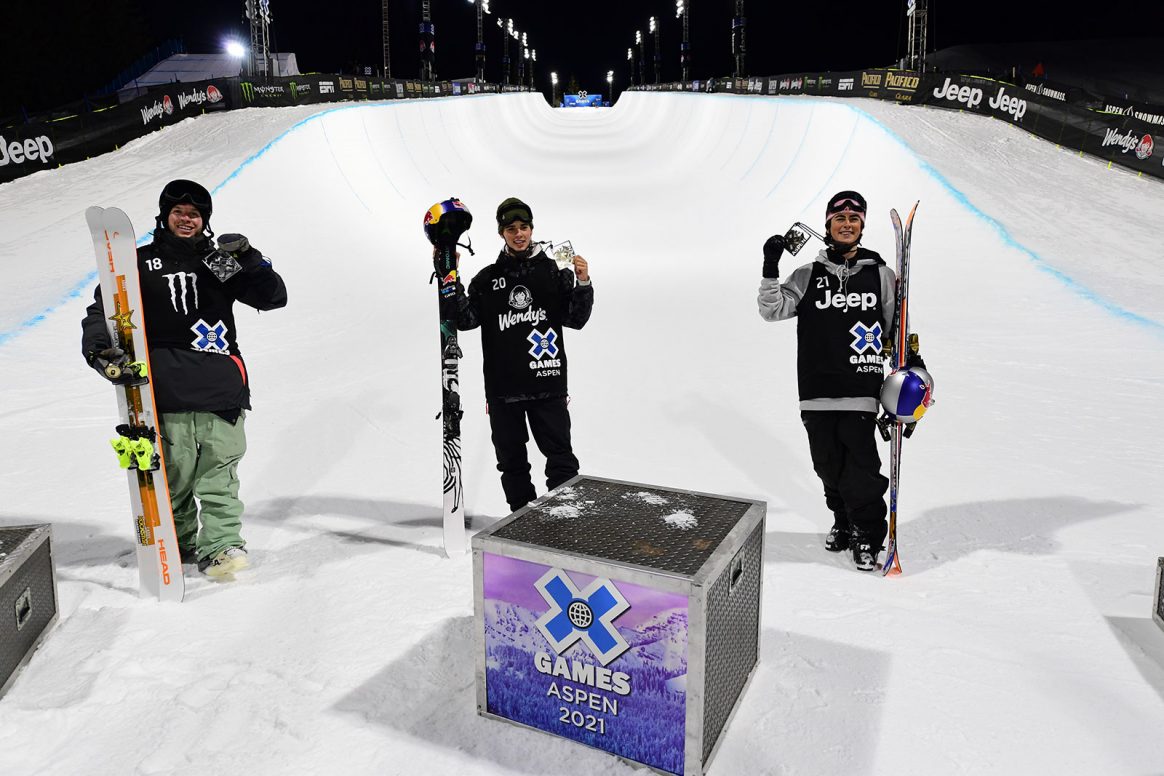 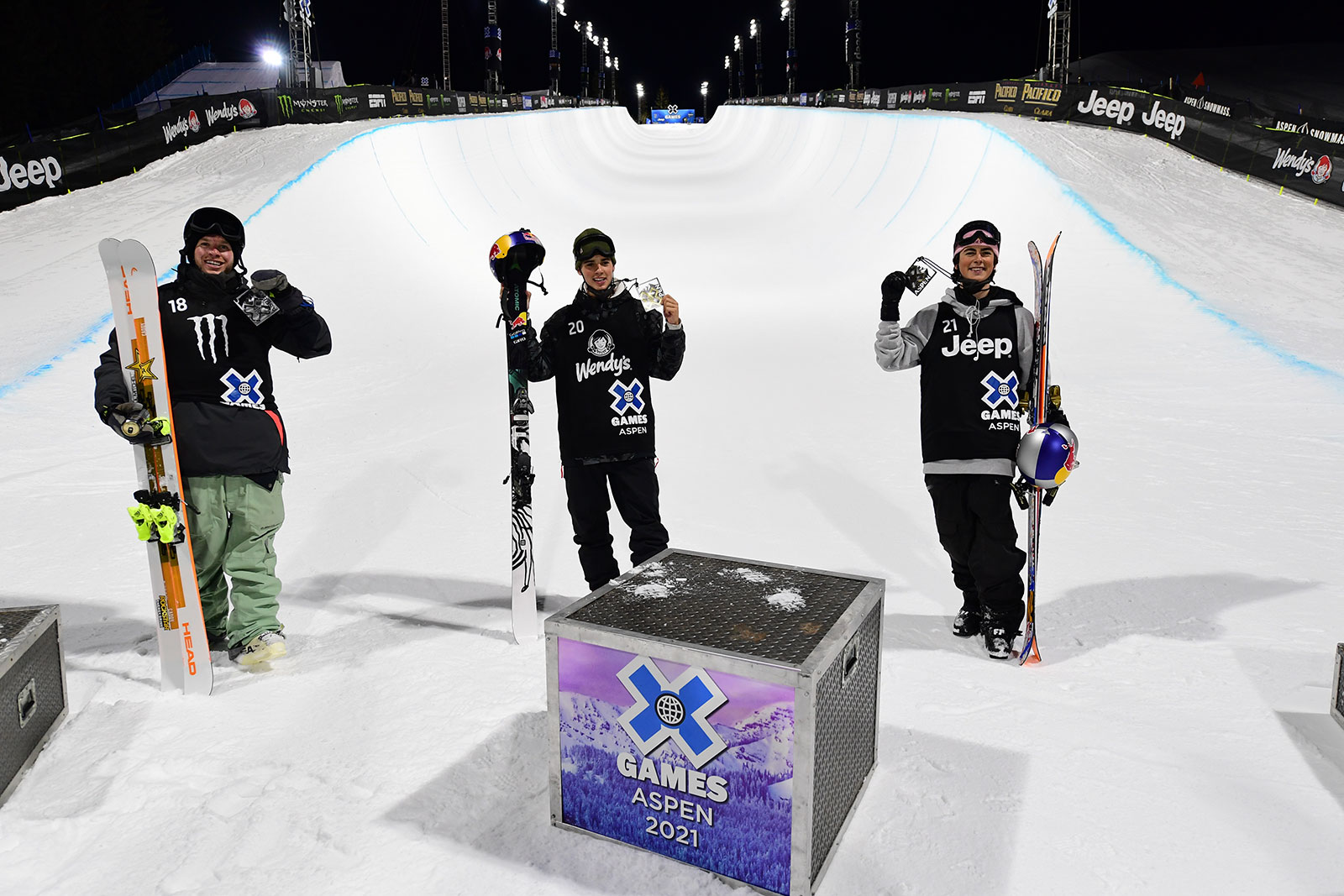 Klaus’ Corner: Skiing in the Age of COVID-19

Klaus’ Corner: Skiing in the Age of COVID-19