You can be forgiven if you didn’t hear about it: last weekend’s debut of the brand-new FIS World Cup Big Air circuit in El Colorado, Chile didn’t exactly make a huge splash in the freeskiing scene. But it’s major news for Big Air competitors, who for the first time have an established international circuit to show their skills—complete with more prize money, sponsorship opportunities and international mainstream media attention. There’s even full representation for women, who’ve had a tough time finding equal opportunities in Big Air.

The only problem? The show is being run by the International Ski Federation—one of the most despised institutions in the freeskiing world. Understanding what the new World Cup circuit means for the sport requires a deeper look into the sport’s convoluted history with competitive skiing’s international governing body. And judging whether or not it’s a good thing depends largely on who you talk to.

The Chilean ski resort of El Colorado hosted the first stop of the 2016/17 World Cup circuit last weekend. The attendance was mild, with only three major international teams—the Swedish, Norwegians and Swiss—showing up to compete with their South American counterparts. 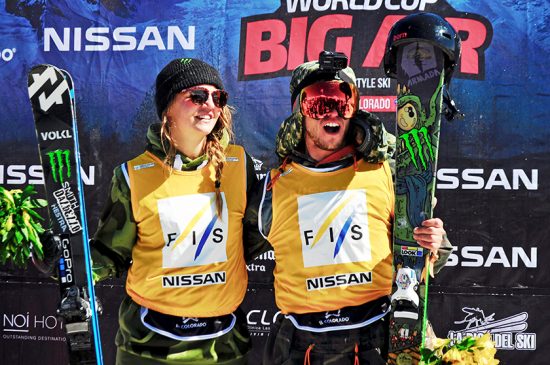 The format for the contest was decided in a riders’ meeting beforehand and is supposed to apply to the remaining W.C. events: a two-jump, “best jump counts” qualifier followed by a three-jump, “best two jumps count” finals. Riders must spin in “two different directions” on their finals jumps—either right or left, forward or switch, or some variation thereof.

Four more stops are planned for the 2016/17 tour: in Milan, Italy; Mönchengladbach, Germany; Quebec City, Canada; and Myrkdalen-Voss, Norway. The next event will take place in Milan on November 11.

What does the new World Cup system mean for its competitors? In a nutshell: more money, more exposure and more opportunities. Big Air skiers now have a set schedule of international competitions they can attend, with a standardized format and the media attention that a World Cup brings.

“For nations like Switzerland or Norway or Sweden, its really important to win the overall World Cup,” says Swiss Freeski team coach Misra Noto, whose team picked up three podium places at the El Colorado event. “If they win, they get money from the [national ski] federation. It’s a lot of money and media exposure.”

In Europe, winning a World Cup is a very big deal—it puts freestyle on the same level as Alpine racing, which enjoys huge popularity on the Continent. The new tour gives Big Air athletes the unprecedented chance to put their names up there with their country’s national ski heroes—think Austria’s Marcel Hirscher or Switzerland’s Lara Gut. (In a weird twist of fate, American alpine skiers like Lindsey Vonn and Ted Ligety are even more well-known in Europe than on their home continent.) It suffices to say: a World Cup carries weight.

And of course, behind all of that looms the specter of the Olympics. With Snowboard Big Air officially in for the 2018 Olympics in Pyeongchang, there’s little doubt that Ski Big Air will be next in China in 2022. The skiers now getting started on the WC tour are well aware of that, even though it’s still years away. Olympic Ski Big Air in 2022 isn’t a sure thing yet, says Noto, “but it’s pretty obvious to see that it’s coming.”

Even disregarding the Olympic element, a World Cup system still has major benefits for Big Air skiers. In Europe, you can expect to see Big Air events now covered live by major media outlets with the same attention that’s paid to World Cup alpine races. Millions of viewers will see Big Air skiing on their TVs for the first time—potentially inspiring a new generation of freeskiers  to take to the terrain park. 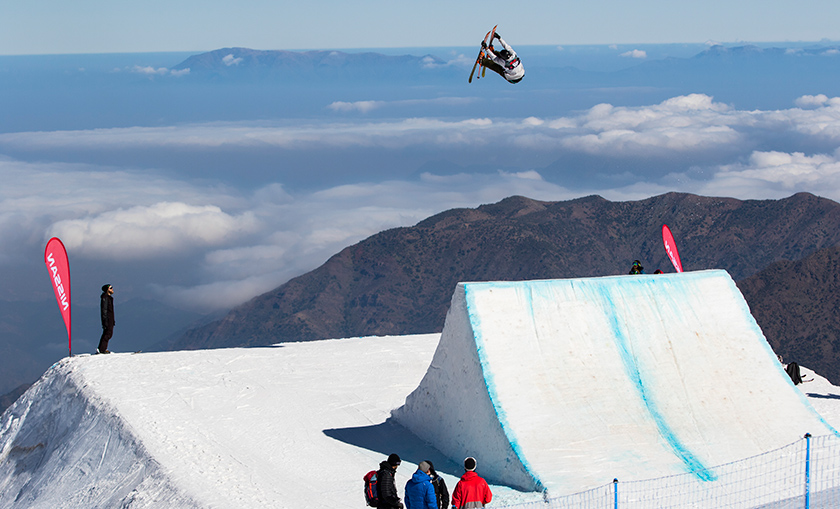 Norway’s talented young Birk Ruud is one skier who stands to benefit from the new circuit. Switch 1440 above the Chilean clouds. Photo: NOR Freeski

The downside: The soul of a sport at risk

Freeskiing has a long and complicated relationship with FIS. Many of the sport’s founders were mogul skiers who left the sport in the mid-1990s as FIS regulations gradually changed bump skiing and aerials from unruly, exciting fringe sports into strictly controlled disciplines where tricks had to be pre-qualified and a grab was considered a “break in form.”

I think it will eventually lead to an event people cannot relate to.

Now in 2016, things have come full circle. Slopestyle and Halfpipe have already been successfully re-appropriated by FIS, and the addition of Big Air will be the final nail in the coffin, so to speak, for the reabsorption of these breakout freestyle sports by skiing’s governing body. Like slopestyle and halfpipe before it, the discipline of Big Air will now straddle two different worlds: the “core” scene of X Games, Dew Tour and independent events, and the mainstream world of FIS.

It’s been a long time since snowboard legend Terje Haakonsen’s famous boycott of the 1998 Nagano Olympics, but his sentiment still echoes in both the freeski and snowboard worlds—FIS as a sport-strangling institution that co-opts freestyle movements for its own benefit, perverting them in the process and eventually leading to the decline of the sport. As Halfpipe and Slopestyle competition become the realm of highly specialized athletes who need exclusive training facilities and the support of a national team to gain an edge, detractors are already holding FIS accountable for the changes in the sport.

“I think it will eventually lead to an event people cannot relate to,” says pro skier Will Wesson. “If you need a huge perfect jump or very specific ‘training facilities’ to be the best, then it’s much less accessible, relatable, and tangible for a kid to get to that level and want to participate in it.”

All in all, there’s a clear divide between those who view World Cup Big Air as a good thing, and those who see it as a hostile takeover. Those who directly benefit from the new WC are all for it, while commentators on the sidelines have their reservations.

“I think it’s a good thing,” says Henrik Harlaut. “I don’t see anything bad with getting the sport out in more mainstream media. FIS did a amazing job with the one in Chile—possibly the most pleasing for riders ever. Three full days of practice and then being open and having the format be the way us skiers wanted. So it’s just up to the skier to represent it with flavor and style.”

Emma Dahlström agrees. “Girls now have the chance to compete in Big Air comps during the whole season, an arena that was mostly only for boys before,” she says. “Having Big Air as a World Cup also makes it easier for more people to enter as it’s not only for the top skiers through invitation. It will also give our sport more media and it’s great that we have another WC globe to fight for.”

I don’t see anything bad with getting the sport out in more mainstream media… It’s just up to the skier to represent it with flavor and style.

And representing the core, here’s well-known FIS critic Ahmet Dadali. “All I can really say is we handed the key of our sport over to an outside, money driven, beneficiary. Now we are at the point where we are watching them move into the house and take over. I will always hate them but as long as they keep getting cooperation from so many we will never be able to get the key back and kick them outta our sport.”

Regardless of which side of the argument you find yourself on, one thing’s for sure: FIS is now inextricably involved in all three of freeskiing’s competitive disciplines. “Core” freeskiers who disapprove can easily just tune out these developments and continue pursuing the sport on their own terms — “Who cares? It won’t change the way I ski” is a common response in these times. But skier beware: if we choose to pay no mind to the new structures, we’ll relinquish full control of these parts of the sport to FIS—for better or worse.

Want to read more opinions on the new FIS World Cup Big Air circuit? We asked twelve different freeskierswhat they think about it.

Skier’s Cup: The Riders Have Arrived!

Skier’s Cup: The Riders Have Arrived!